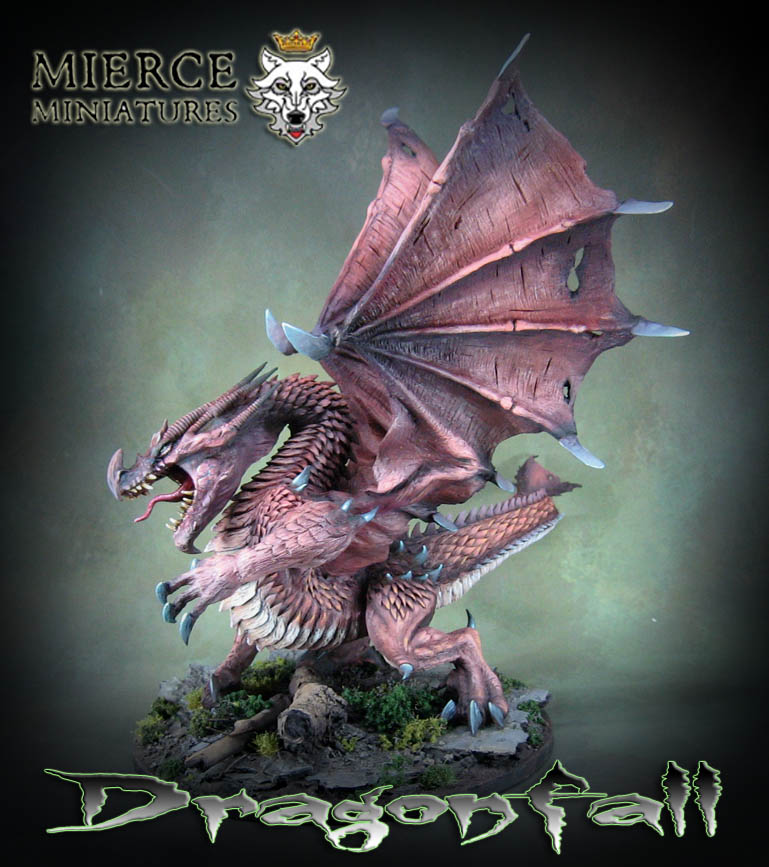 This giant beastie from Mierce Miniatures was definitely a challenge.  The dramatic movements of the body mean that they tend to wrap around each other, and make it more difficult to get the brushes where you need them. 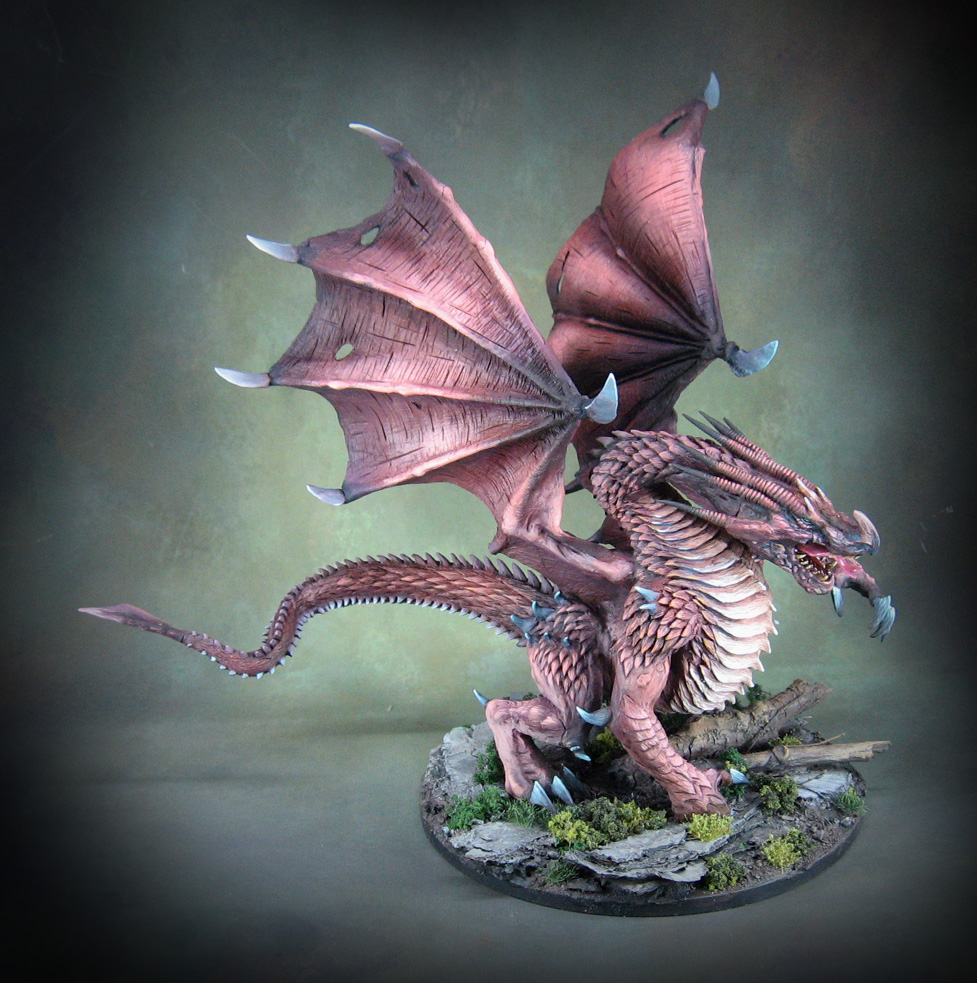 This is another one of those ideal candidates for oil paints, as I have discovered that it is possible to do "blind blending".  Since the paints remain wet for quite a while, you can blend right there on the surface.

On other figures where reaching the surface with a brush is difficult at best, I was able to stab some paint on that surface, take a second clean brush, and push that paint around as needed, blending along the way. 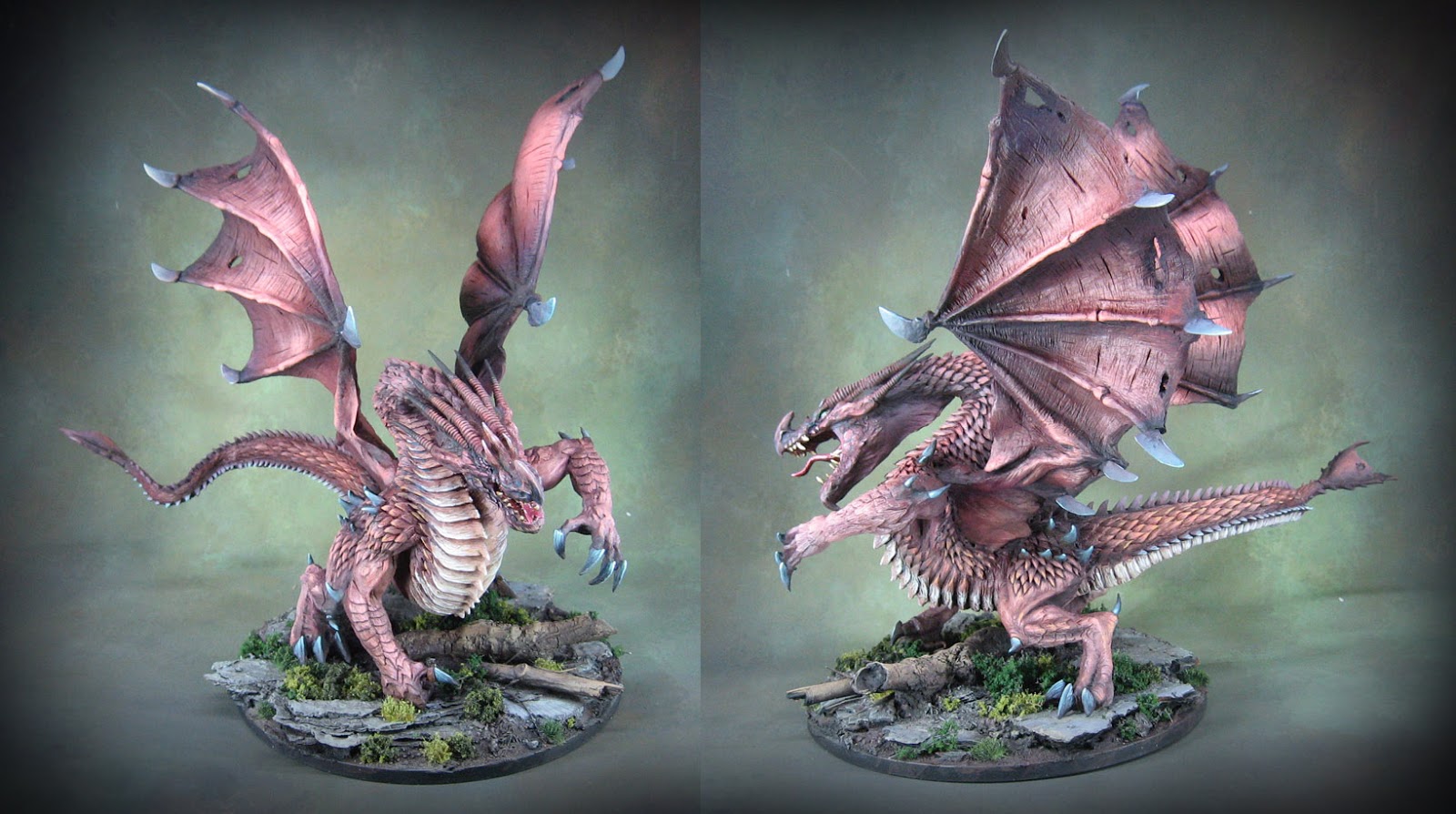 It would create enough of a blend in that deep shadow or crevice to look like you had miraculously reached in there with some kind of curved brush and done lots of detailed blending!

Obviously the wings are another surface that could be very fun to paint with oils as well.  A larger filbert brush would allow for some really interesting blends, and the introduction of some additional 'hidden' tones. 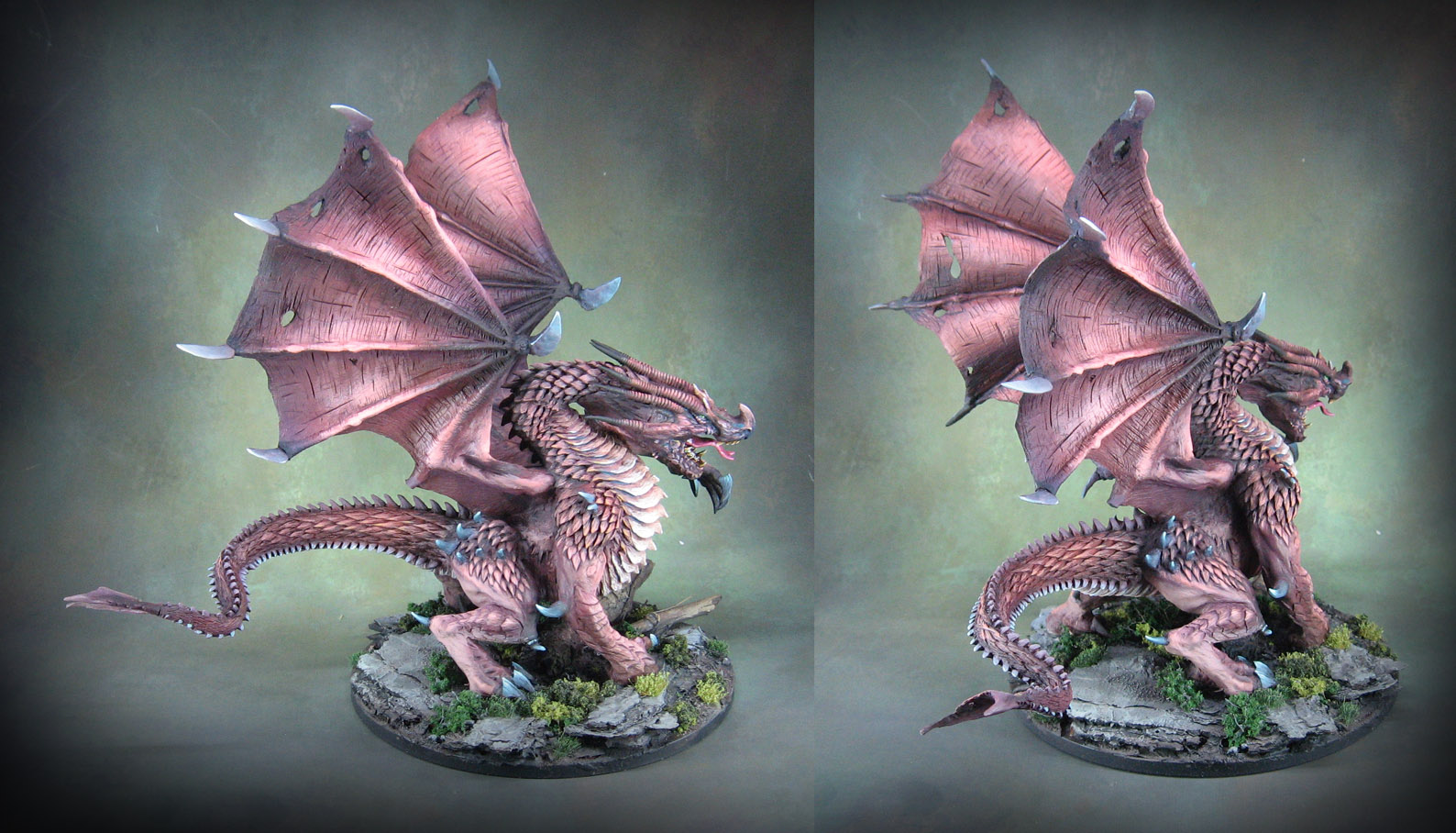 I tried to do this with the acrylic paints, infusing as much blue and purple into the wings as possible, along with the warmer reds.  It could have been possible to integrate a bit of green in the shadow areas too, as a compliment to those deeper purple shades. 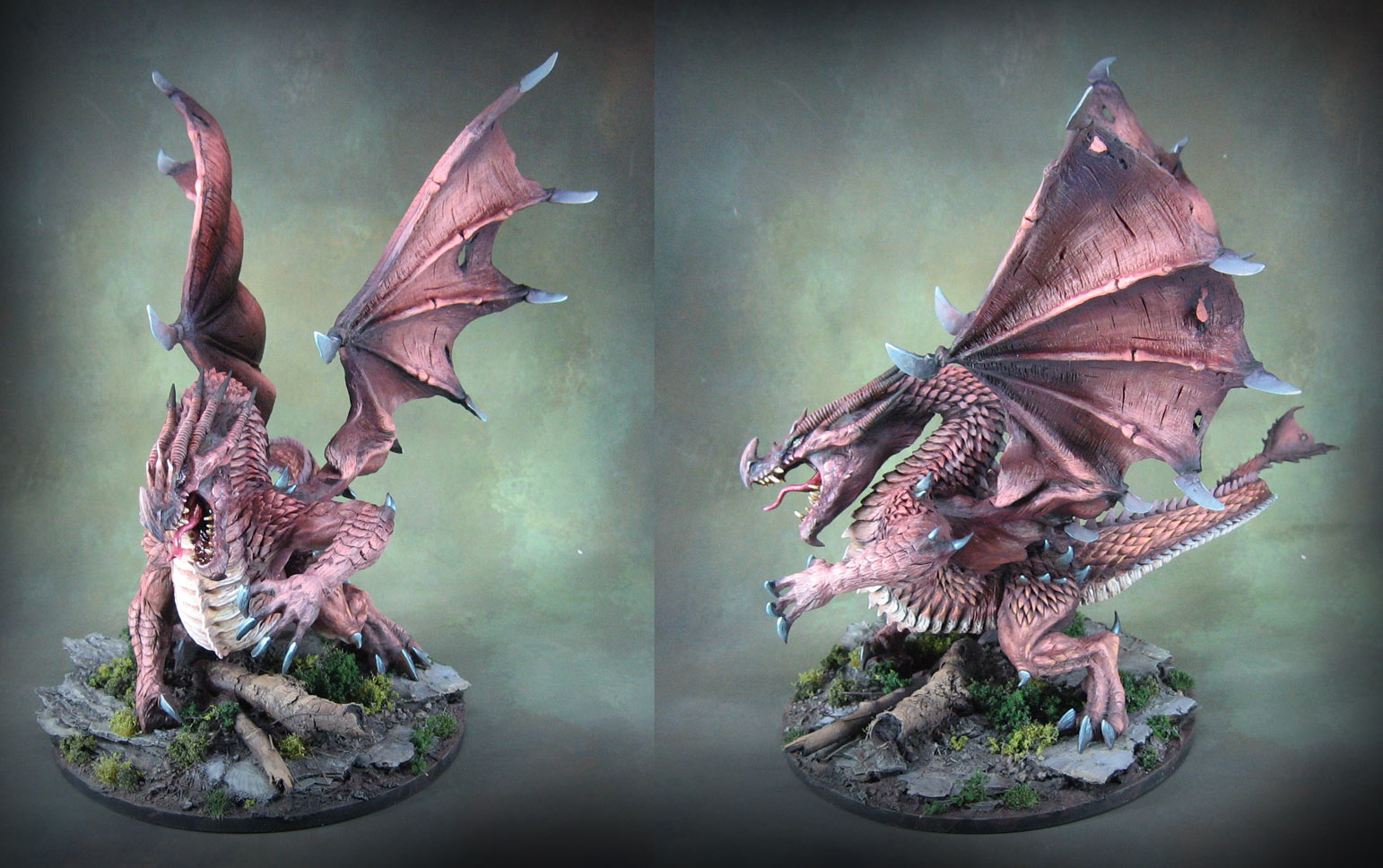 Time constraints meant that it had to be done in standard acrylics, so I utilized the Reaper Clear paints and plenty of Secret Weapon Weathering paints.  Most of the reddish tones were achieved by mixing the rust colored paints with the brighter Reaper Clears.

The deeper shadows could be created with the Liner paints and the Clear paints.  All of these paints are excellent for glazing, which is crucial on craggy surfaces such as these! 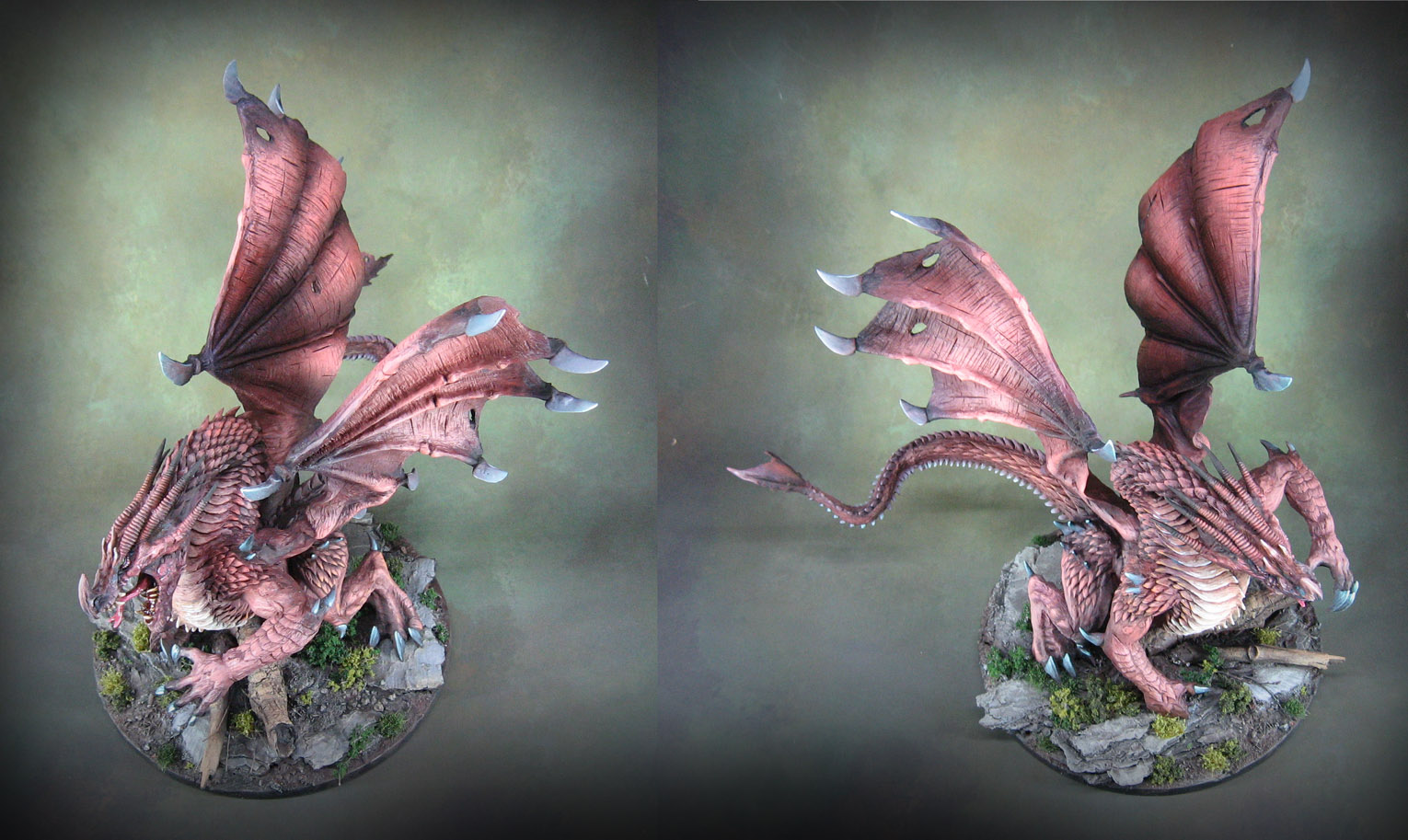 I have some more of this "Draconis" race, which I will be painting in oils.  They are the monstrous infantry that I enjoy so much from Mierce.  I may try a very different color set on each one, instead of trying to make them all one color scheme.

In any case, stay tuned!  I will try and paint a few on the Facebook Live sessions, and a few recorded videos for YouTube and the Patreon Page subscribers. 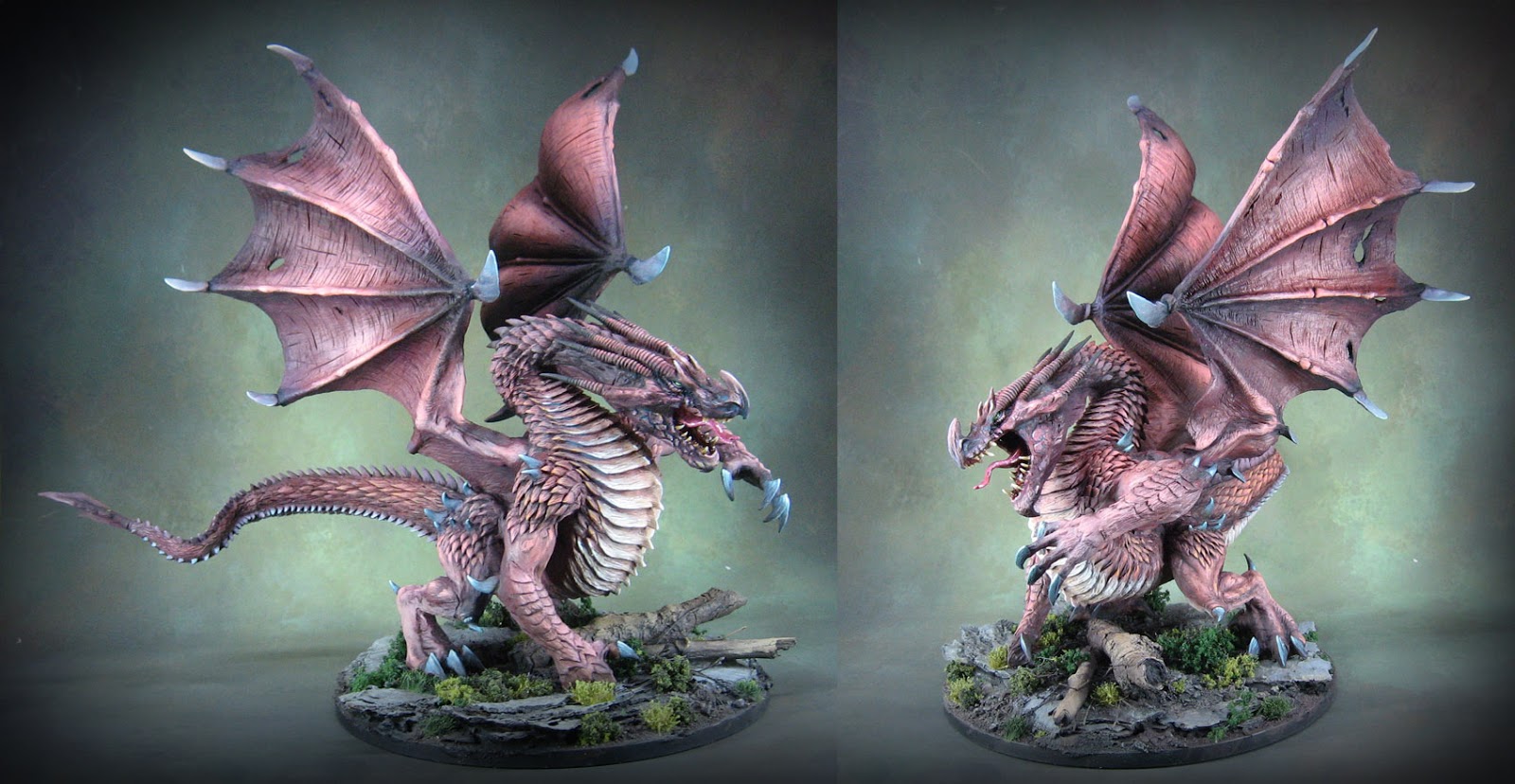