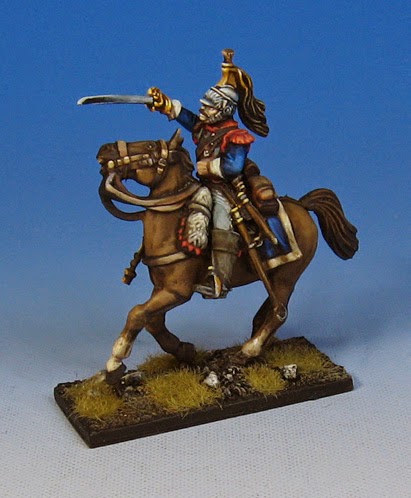 These horses just never seem to end, don't they?

Many more on the way too... in fact, some big group shots are coming!

Marse Robert shall lead them 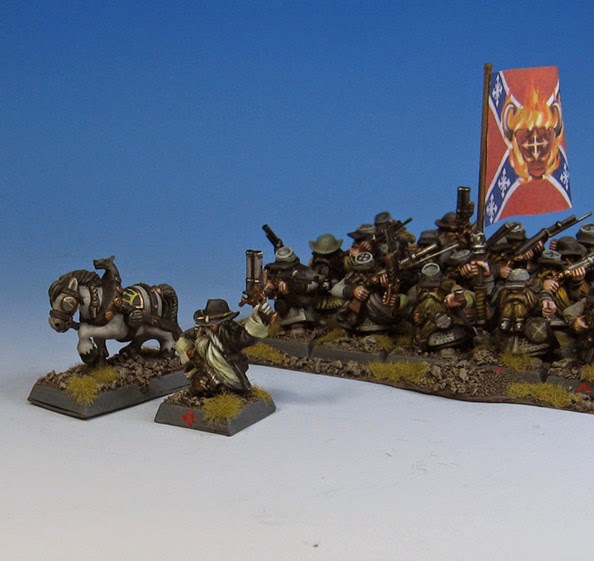 This was one of the most unique armies I have ever made.  A few years ago, Marty and I decided to do the WFB team tournament at Adepticon.

He had already made a sizeable Fantasy Dwarf army themed after the Iron Brigade.  He sculpted thier very unique hats, made specific unit flags, and so on.

We thought that it might be fun to do a crazy allied army set of Dwarves and Chaos Dwarfs.

The concept was that as the two enemies fought constantly against each other, many other races had infested their territories.  They were both pushed to Appomattox Court House, where the Wretched Alliance of Appomattox was formed. 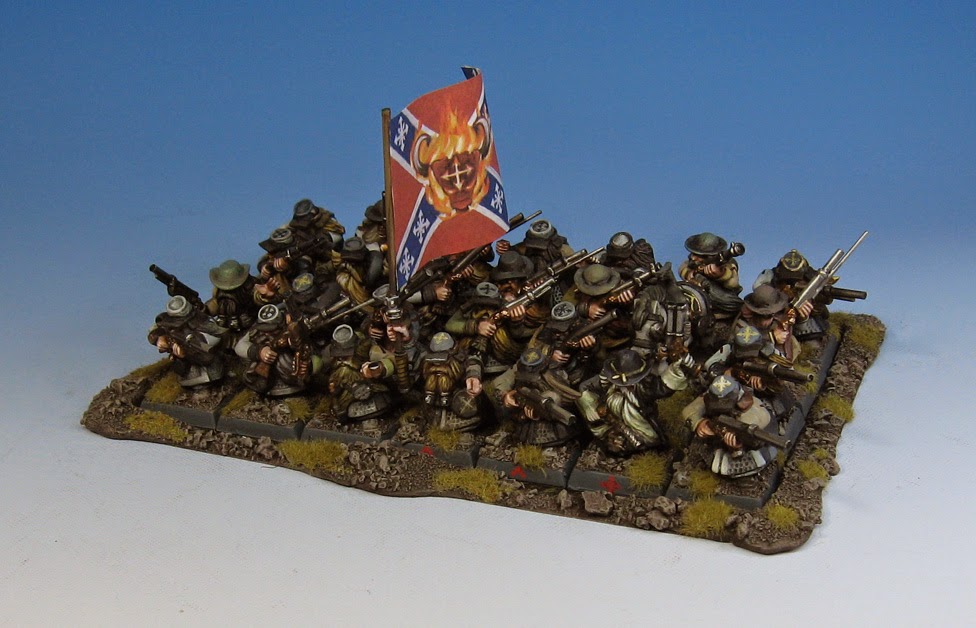 The 'Union' side would provide more pure firepower, while the 'Confederate', or Chaos Dwarfs, would dabble in magic! 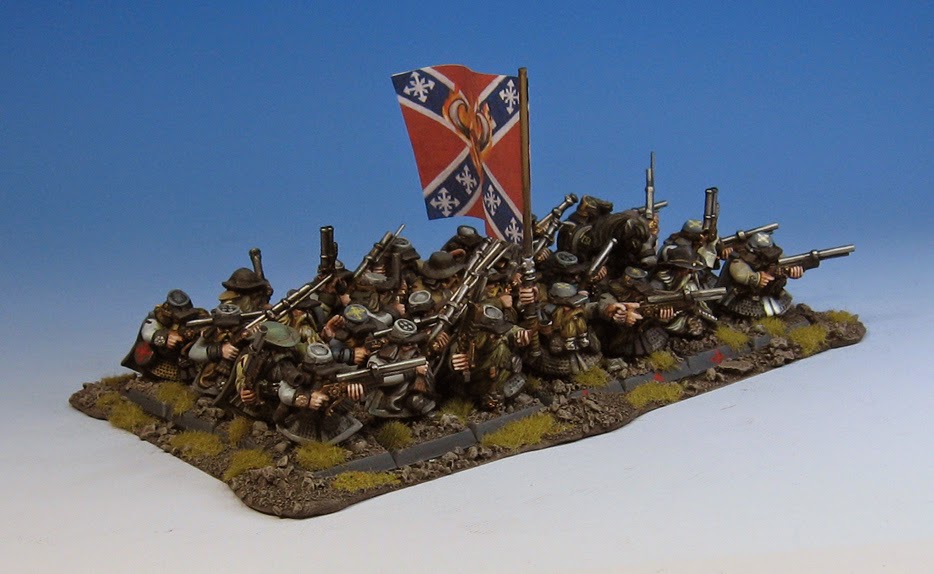 I have a number of posts on the construction of this army, including posts showing how these dwarves were converted... 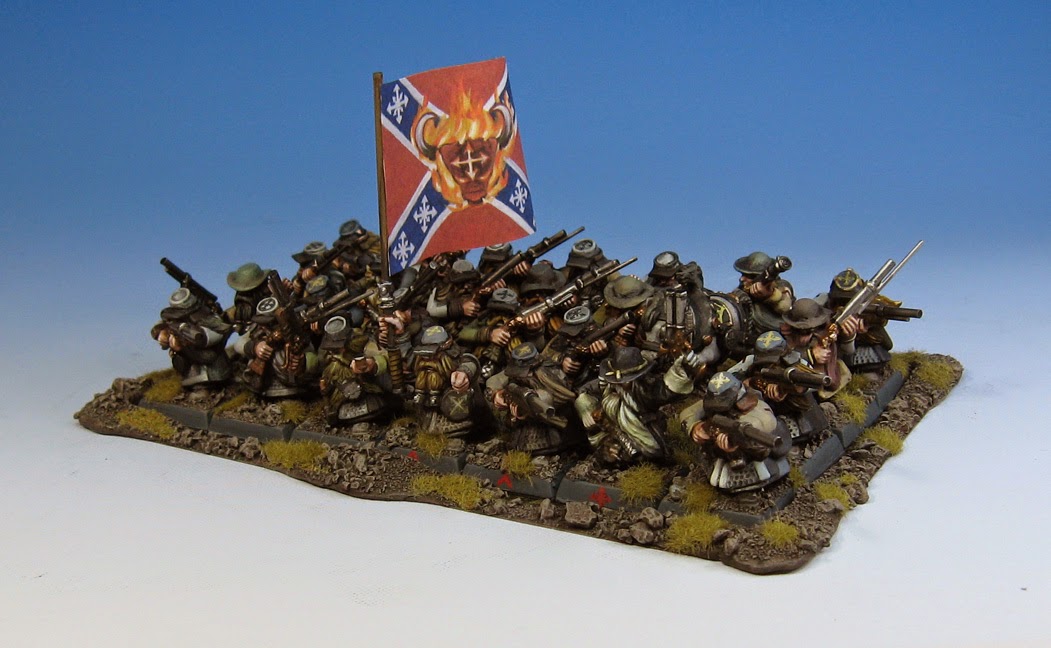 Each one was given different equipment, and I tried to vary the colors on each one, in true butternut and gray fashion! 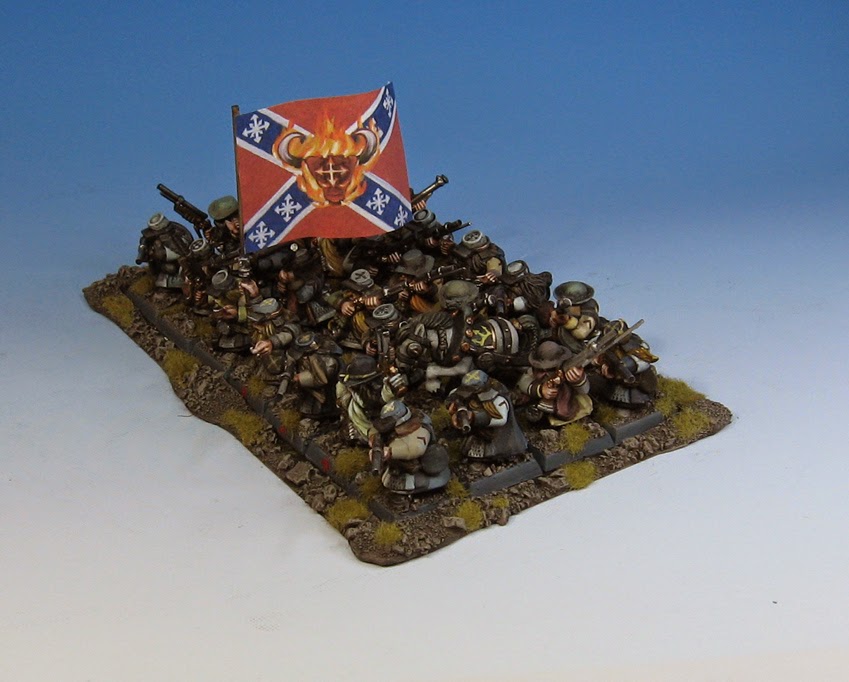 I had to change my painting approach with these guys to match what Marty had done.  Most significantly, that meant using metallic paints. 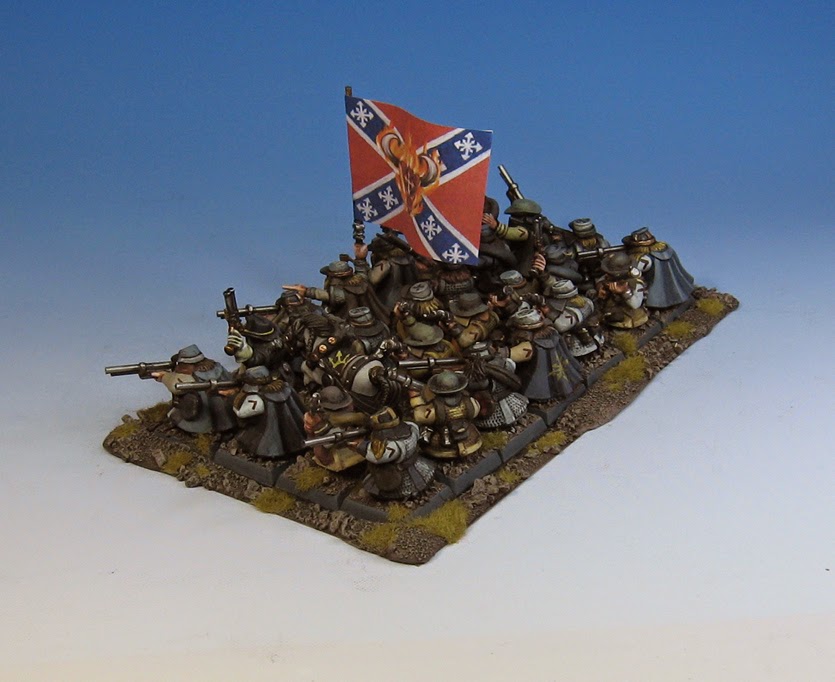 Yes, you heard that right!  I also had to simplify the usual color arrangements.  If I ever get some free time, I do want to rework them and get more details, etc. 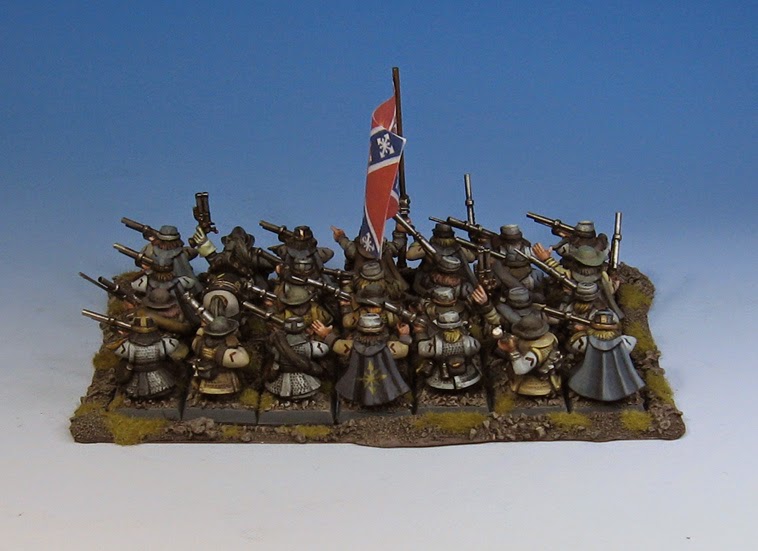 In any case, it was a tremendous amount of fun!  We also had a blast making the display board! 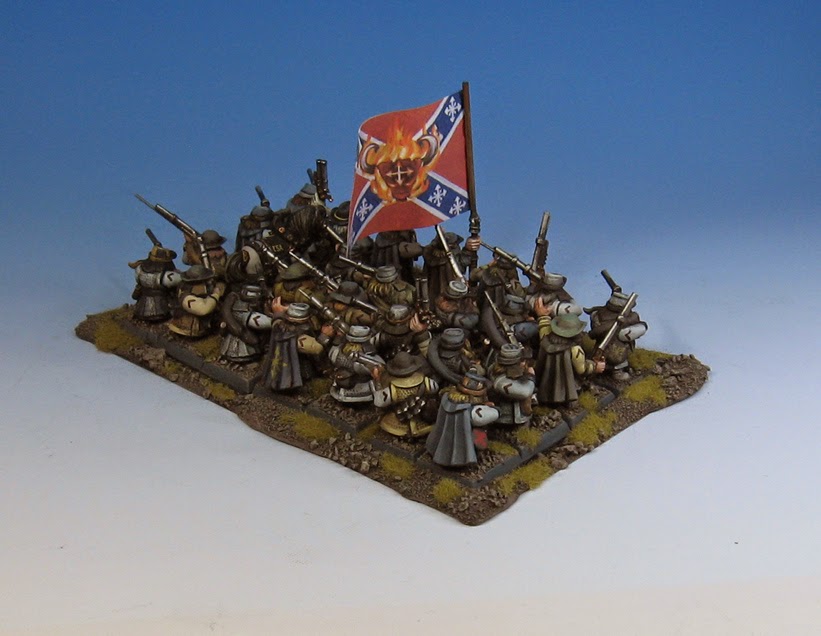 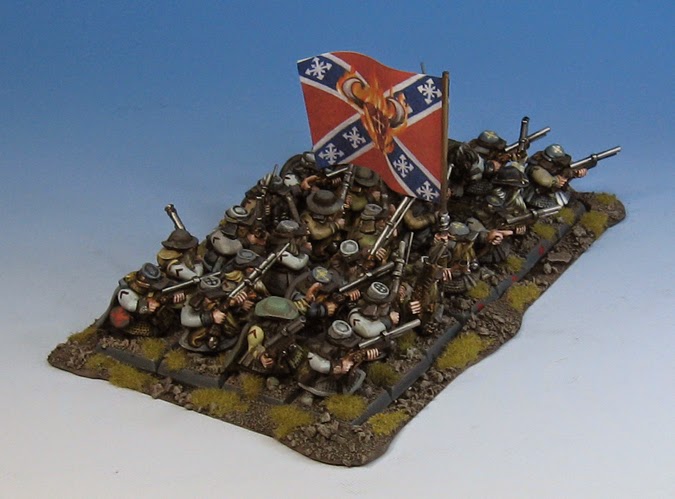 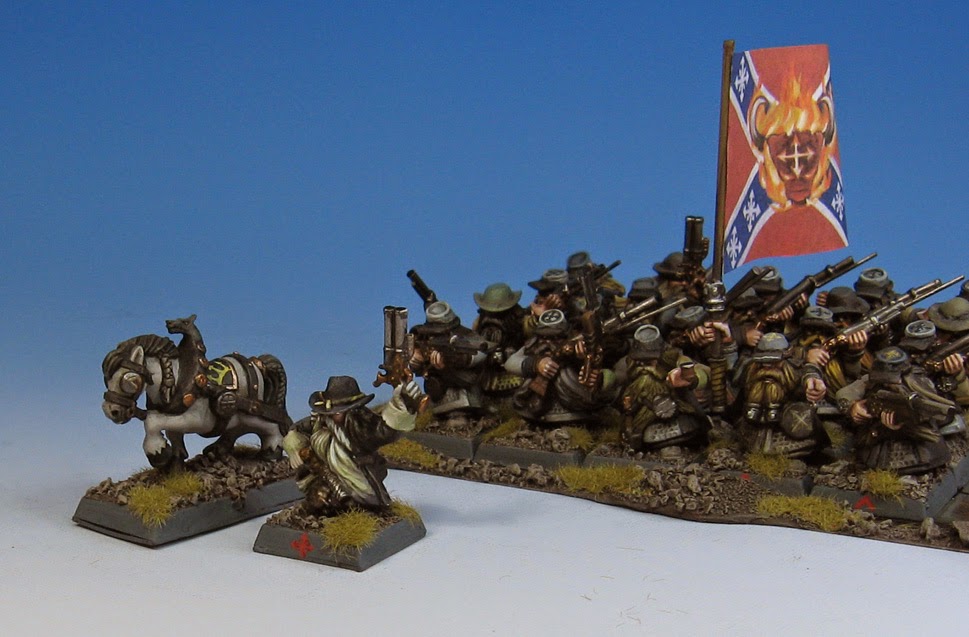 I con't remember which spells he ended up using most.  There were not too many chances to do that :-)

More posts from the army on the way!  Stay tuned. 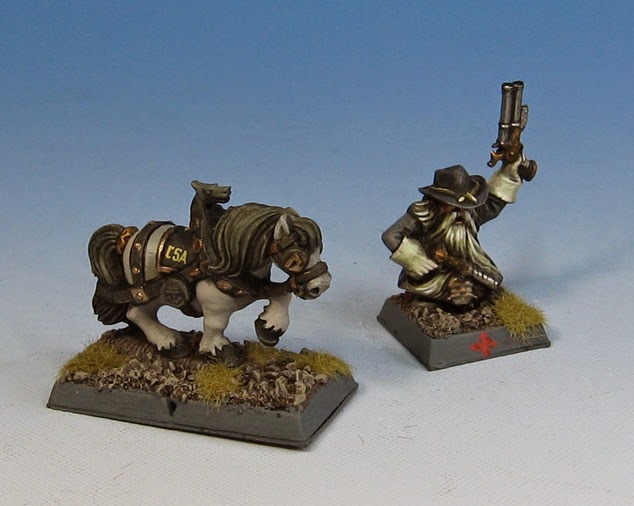 Posted by wappellious at 1:46 AM 2 comments: