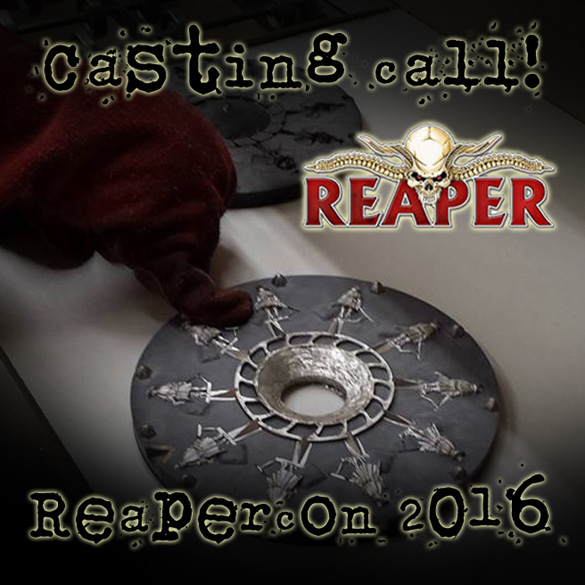 One of the very fun things we had a chance to do at Reapercon this year was a tour of the factory.  Much to my delight, the focus was on mould making and casting!  It was pure joy, and I could have stayed there all day just staring at moulds.

Once we entered the casting area, I was definitely drooling.  For many years, I had wanted to see spin casting in person.  Lo and behold, there was the smelter, the spinning unit, and lots of moulds!

I was given the chance of trying out a cast myself, which certainly made me giddy.  So, I popped on the gloves, checked my shoes and glasses and got down to business. 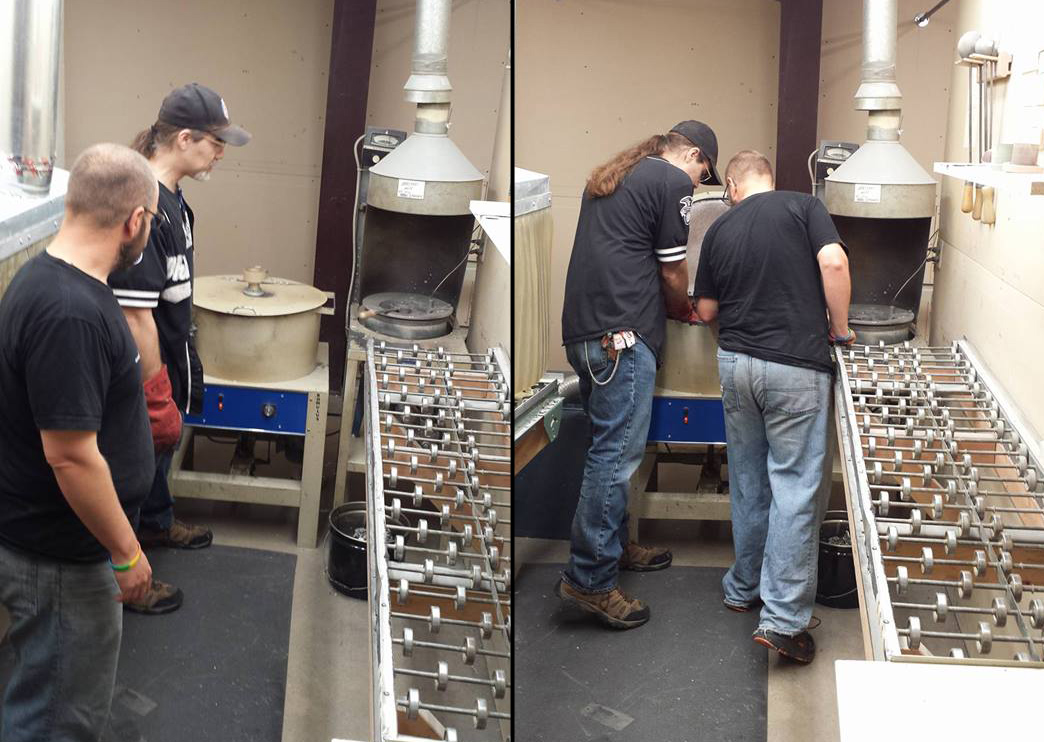 Once the mould is secured in place, the metal is placed down into the spin casting machine.  A short count to 30-35 seconds is done, with a second or two after the mould is taken out. 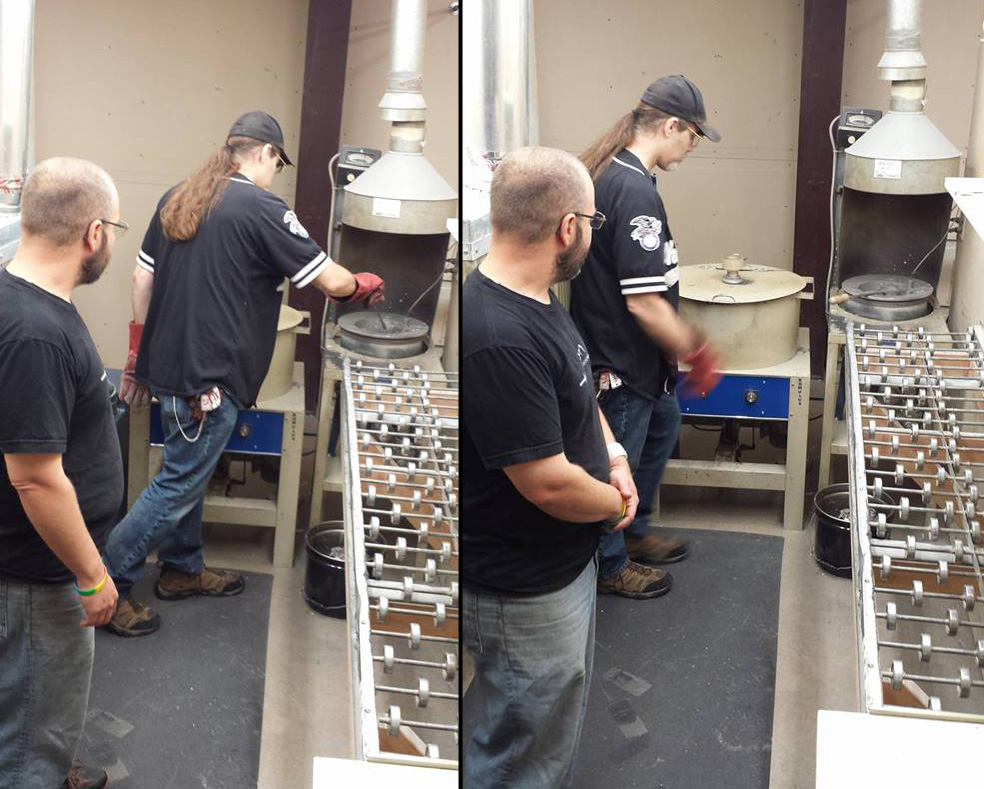 After the initial discussion on the process of creating the moulds, I was eager to see how the strategic placements of gates and vents would play out.  I had to cut many gates and vents in my old resin casting days, and it was so interesting to see how those were used in such a different casting method. 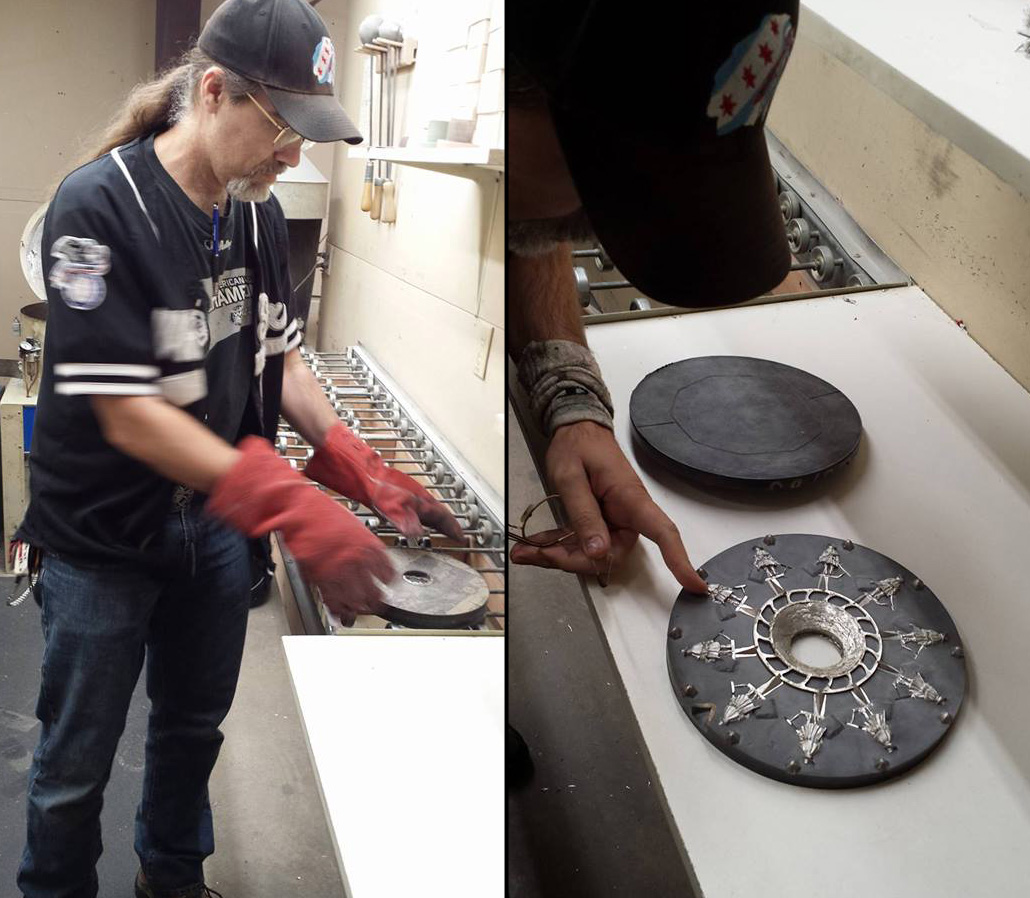 The positioning of the vents were done in such a way to take advantage of the spinning effect, but also to prevent overflow.  I was really amazed at the toughness of the mould material, which is essentially tires.  Extremely tough and resilient.

In fact, I was told more than once to get rougher with the moulds in order to get the pewter pieces out of their places.  My hesitancy originated from the many times I have cracked or broken my own fragile resin molds doing the very same task! 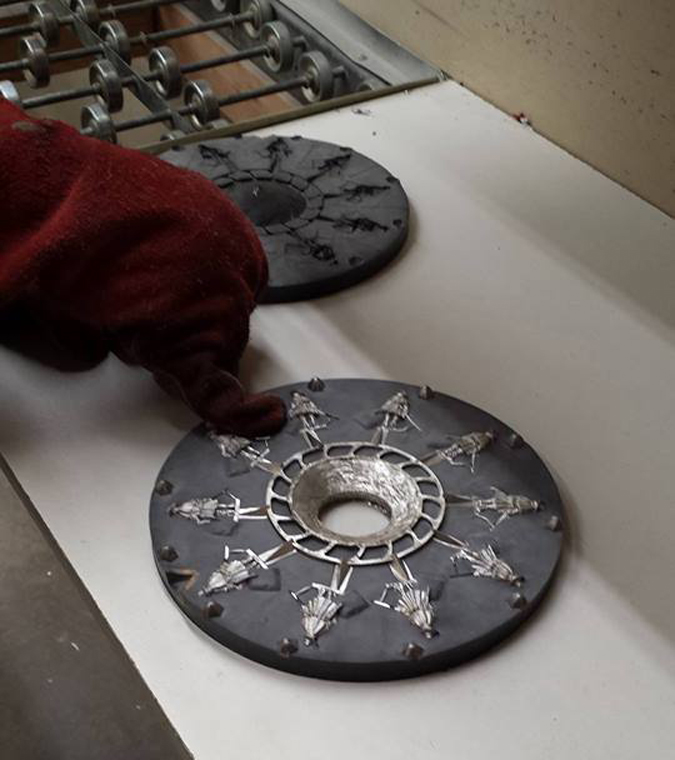 We always have to bring a little of home along with us... even when that's 908 miles away. 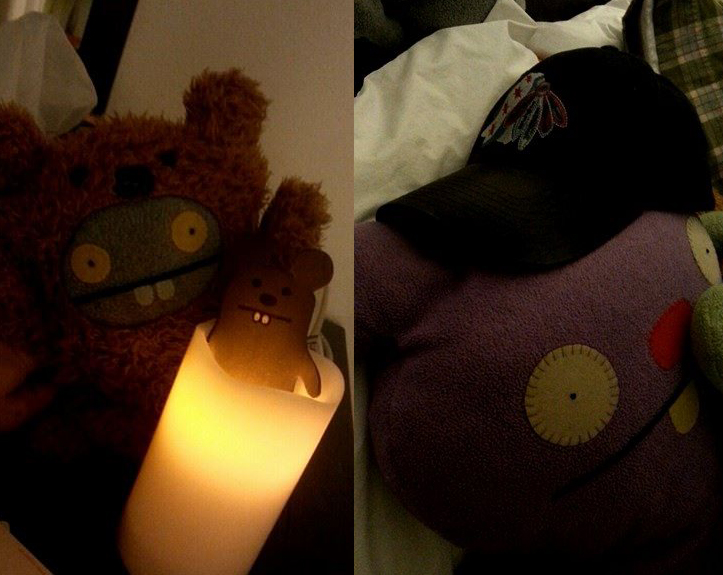 Cathy had some fun using her photo app on her phone.  Since we drove down this year, I had a vast horde of figures in tow.  Hundreds, in fact, of all companies, genres, and systems. 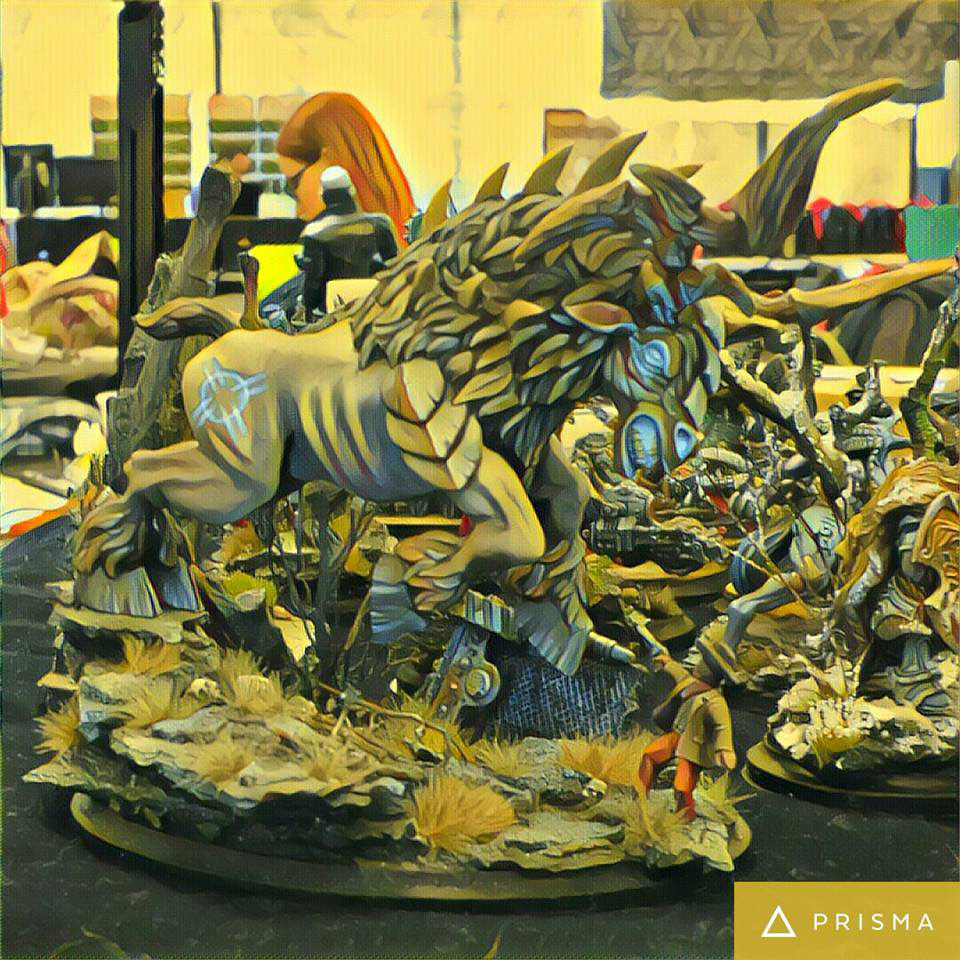 The attack of the Apple Golem!!  Fear him, for he strikes late in the night at the fireplace. 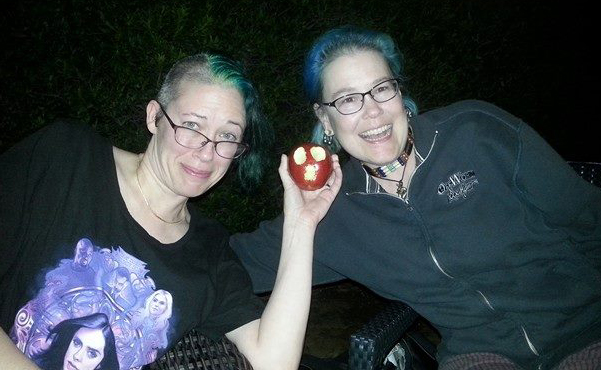 On the return journey, we stumbled across an even scarier Construction Golem, who assaults road speeds and travel times.

The insert shows Cathy's award from the painting contest, where she entered the one miniature that she had available. 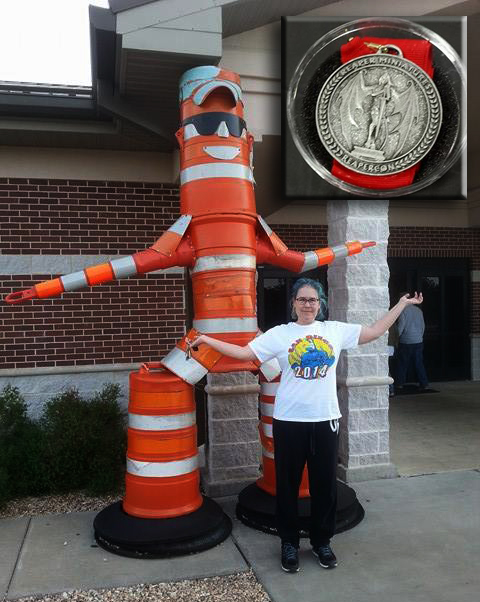 Posted by wappellious at 9:14 PM 3 comments: