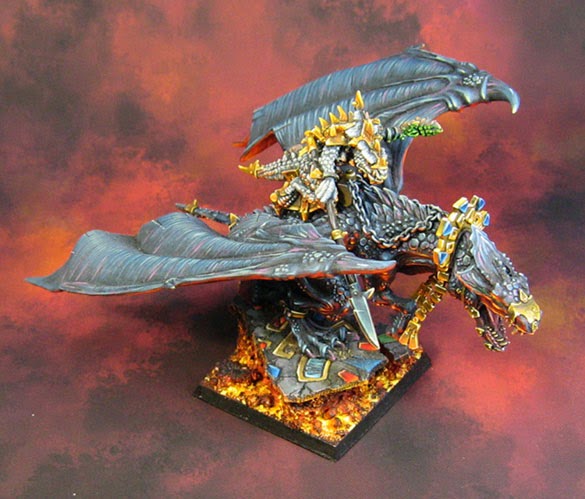 This is another one of my favorites from the Lizardman army.  Loq Qar, the canosaur!  Obviously I had some fun with the conversion element of the piece. 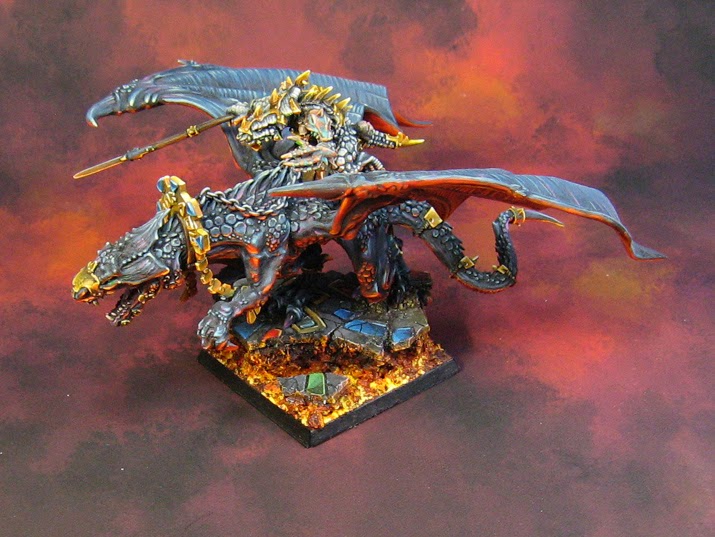 It took quite some doing to get the wings on there.  Lots of green stuff around the connection point to make it both stable and somewhat logical.

The head piece was made from plasticard and green stuff.  It says his name in Lizard glyphs. 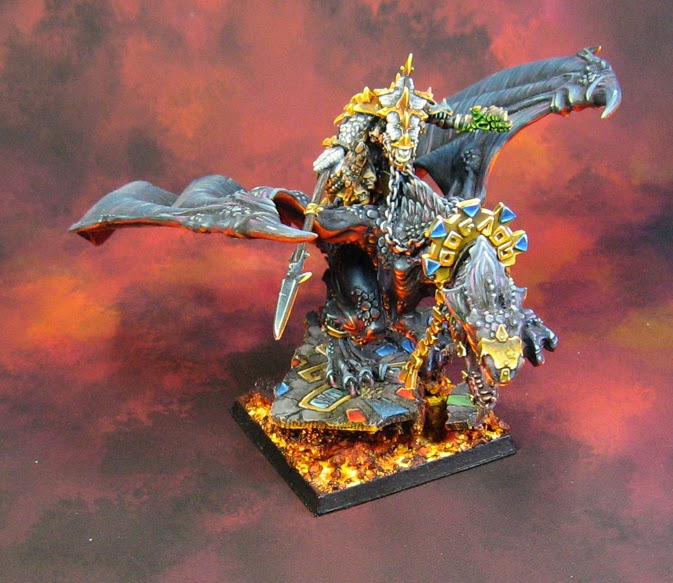 The view from above.  I will post some more pictures of the underside, with all the dramatic OSL. 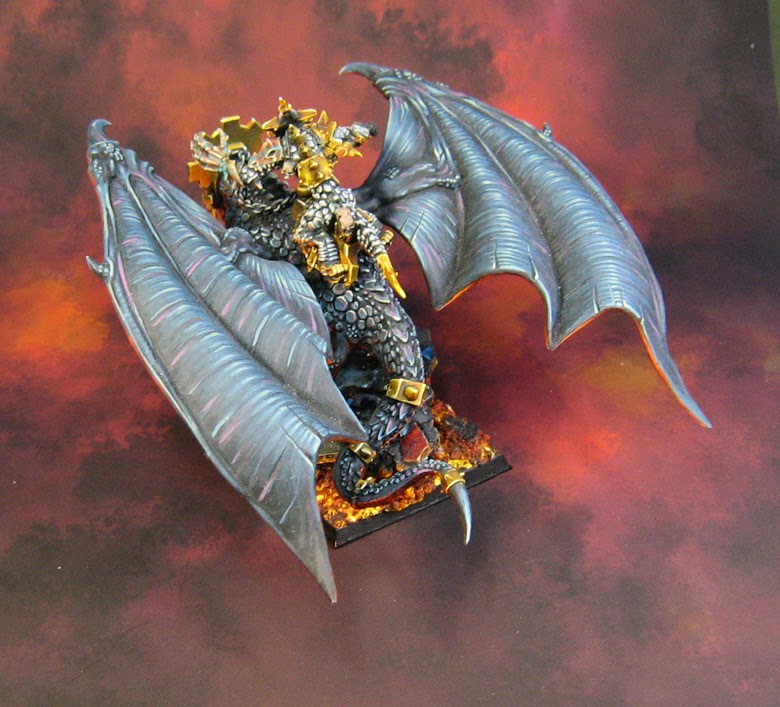 I first made this figure when the Lizard book allowed you to do sacred spawnings for your Saurus.  One of them was Immune to Psychology, which I intended to show by creating a unit of saurus on lava bases in the same colors as this. 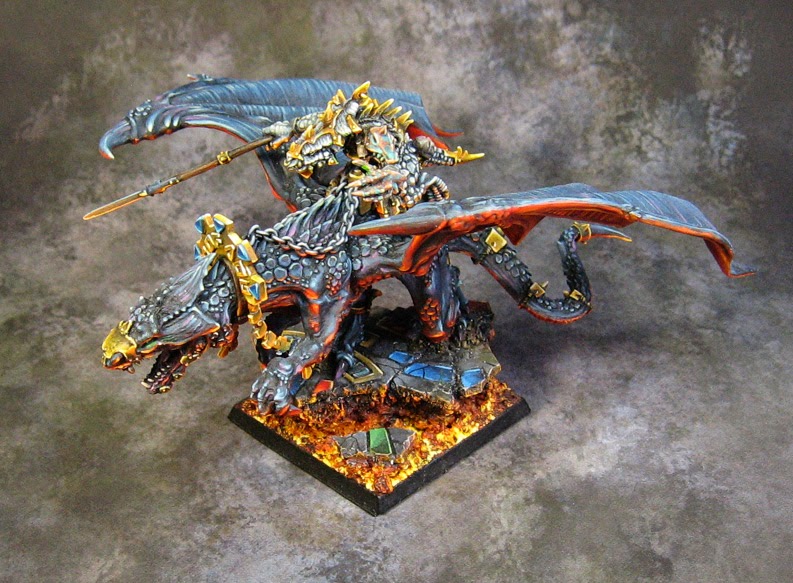 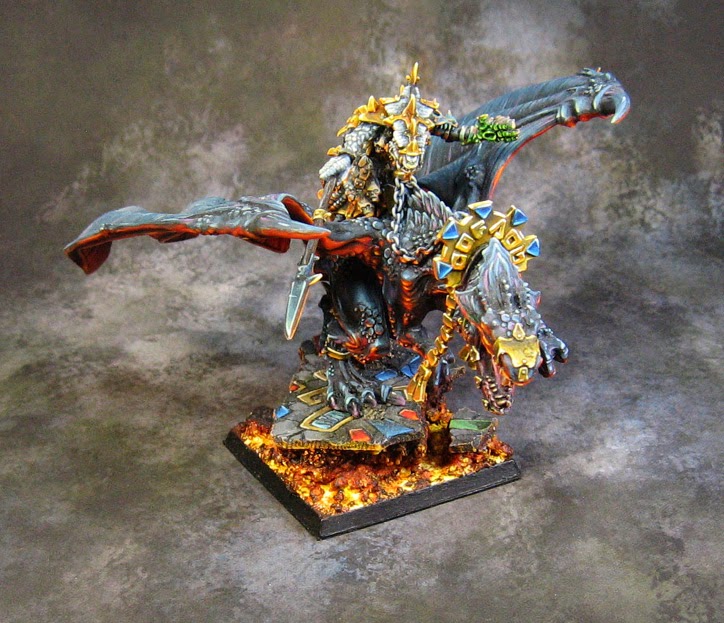 At least I still have this one around!  I am still tempted to make the new kit and paint it like this, just to see them side by side :-) 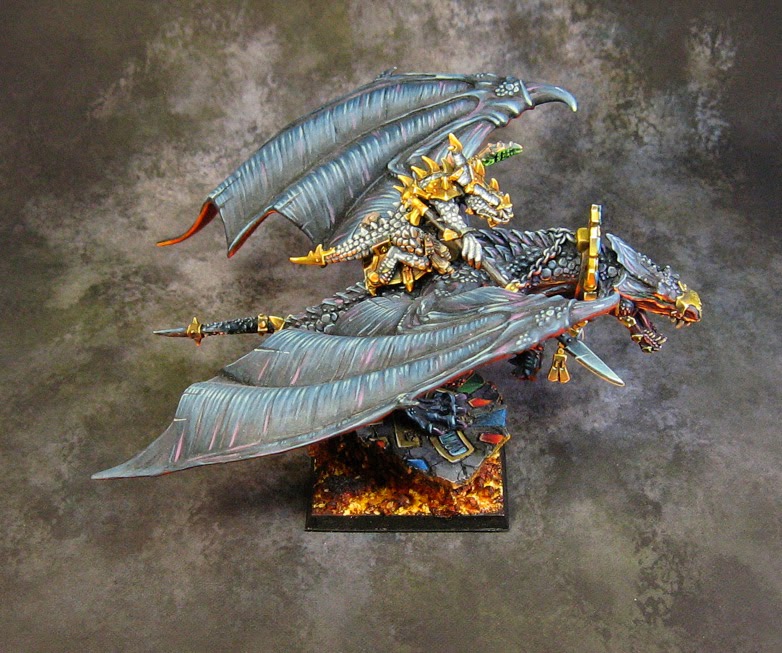 These are the old GW dragon wings, by the way. 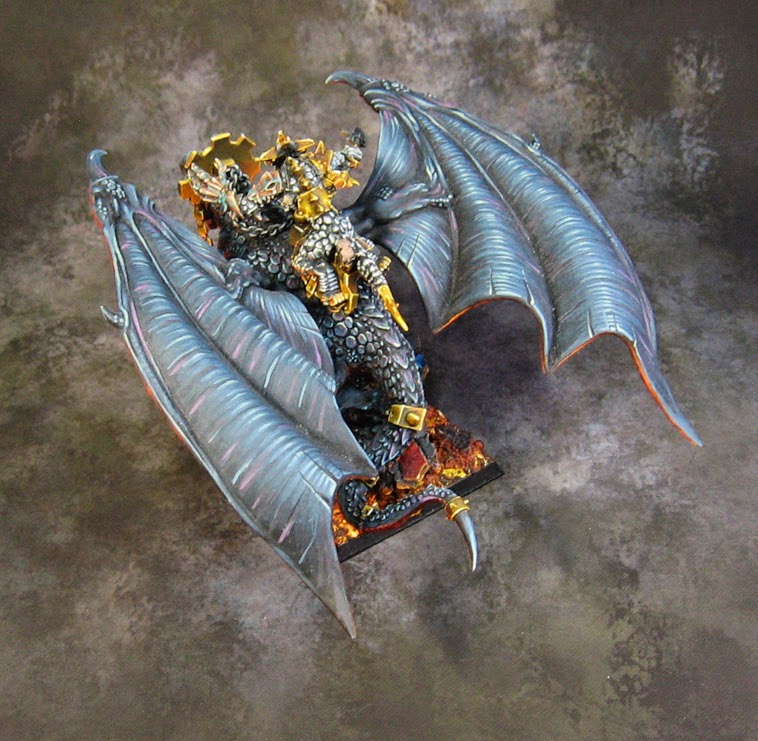 It always looks so different depending on which backdrop I use! 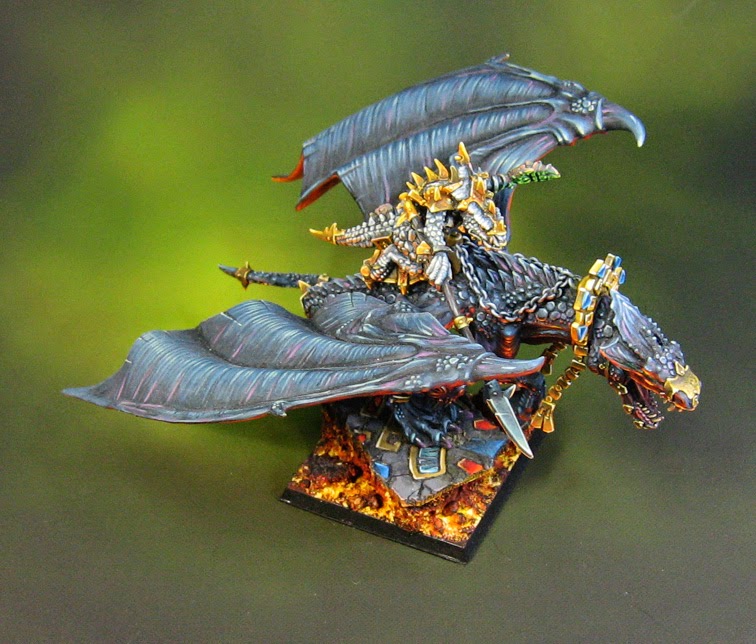 Anyway, I do have a few of the newer monster sets, so I will be painting those... along with a bunch of terradons! 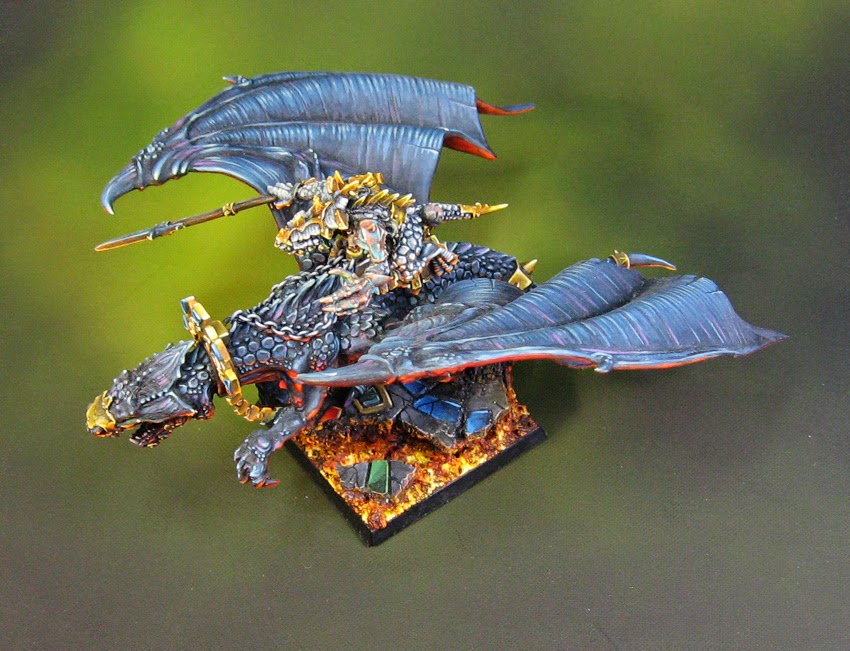 So, the Legions of Babo are not yet doomed to obscurity.  They are just hanging out in the jungle for a while! 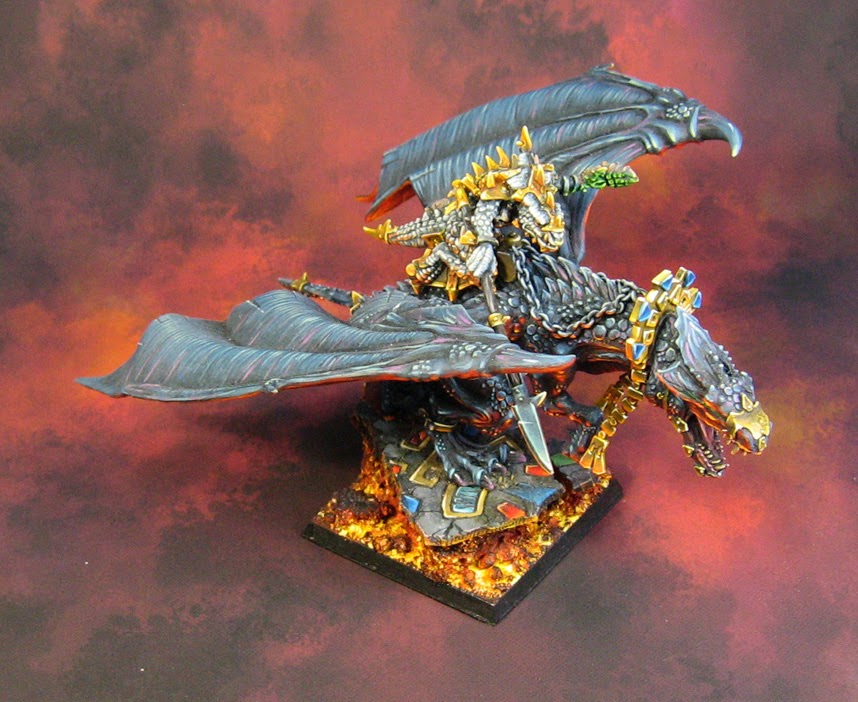 Posted by wappellious at 8:30 AM 2 comments: