All the fishes in the sea... 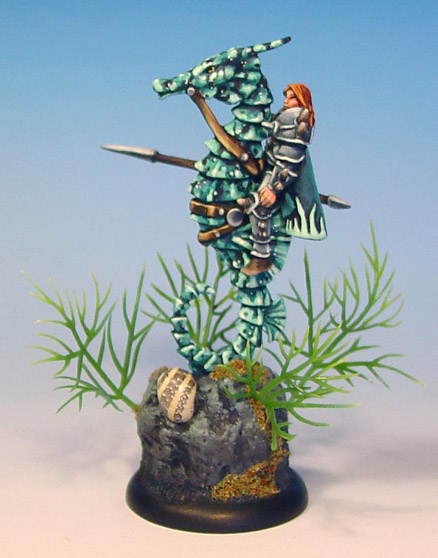 Here's one last set of Eastern Front Studios miniatures.  For a while, they had a whole sea thing going on.  You had the sea hag... 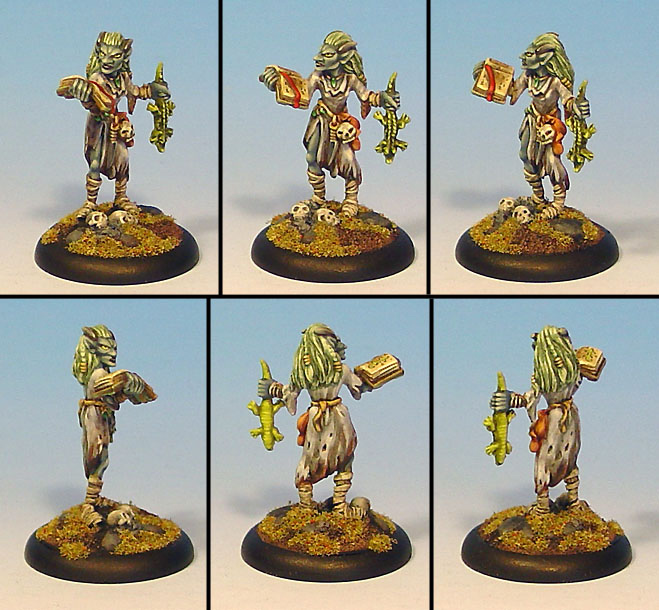 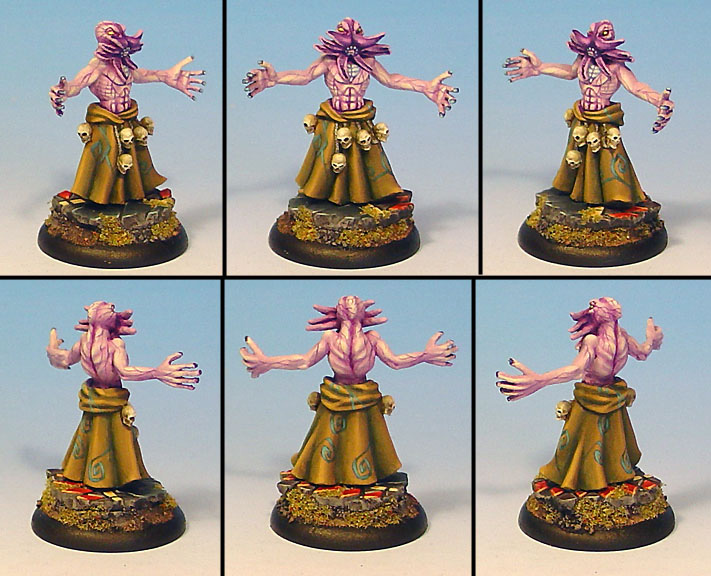 And the seahorse riders.  I am sure these were sculpted by Gael Goumon.  Definitely his style! 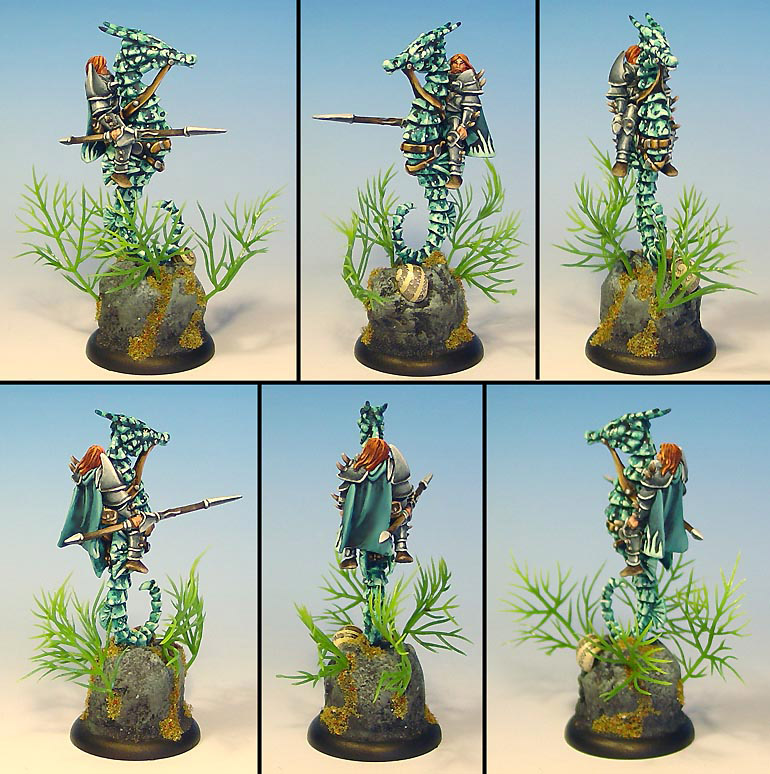 Those seahorse riders were definitely fun to paint! 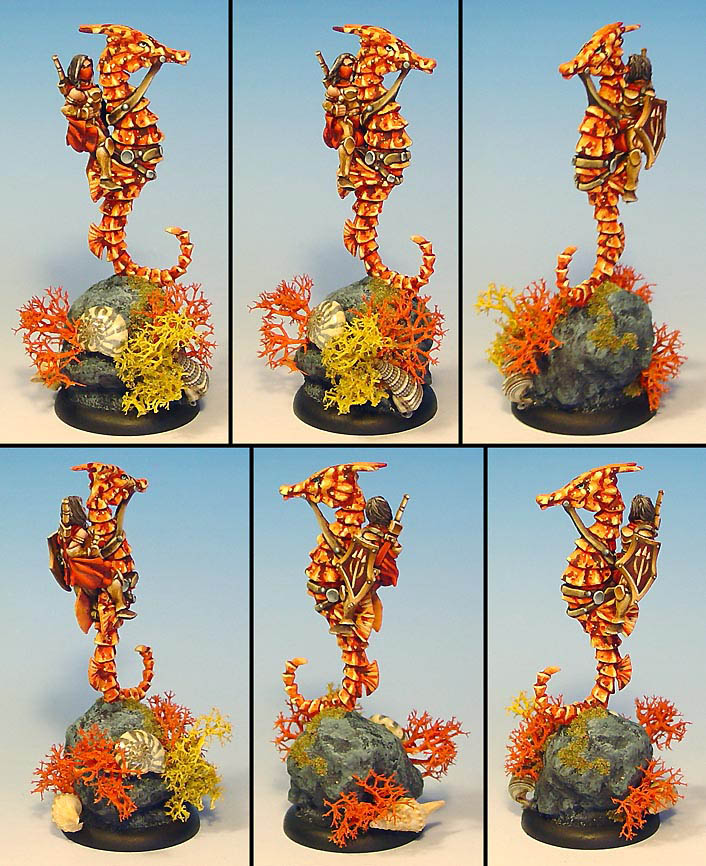 Posted by wappellious at 7:10 PM No comments: 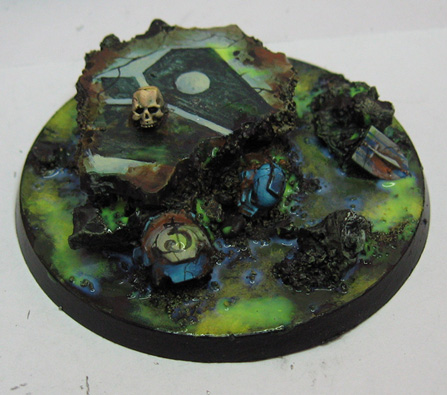 OK, not many people will get that Palmolive reference, but here we go.  Another Nurgly base!

This was another experiment with the super light colors and crazy ink/glaze later.

Starting with the lighter colors... 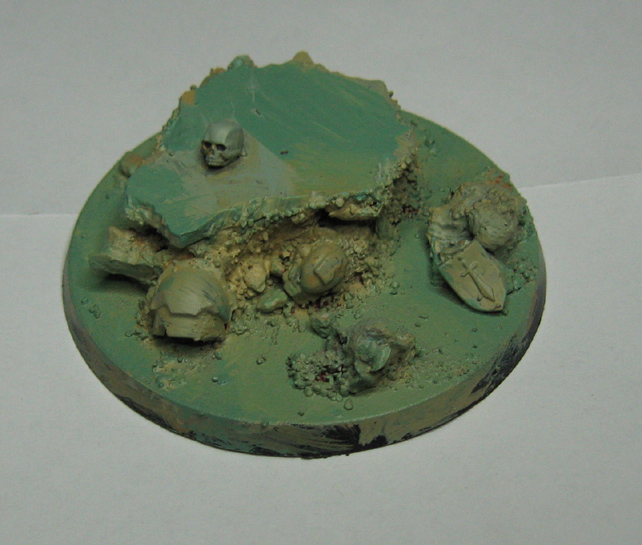 Setting out the inks and glazes.  Some black, some green, sepia and the Secret Weapon Concrete on the far left of the palette.

You can see that I have started watering down the inks and mixing stuff together.  Mixing the sepia and black made a very nice warm dark! 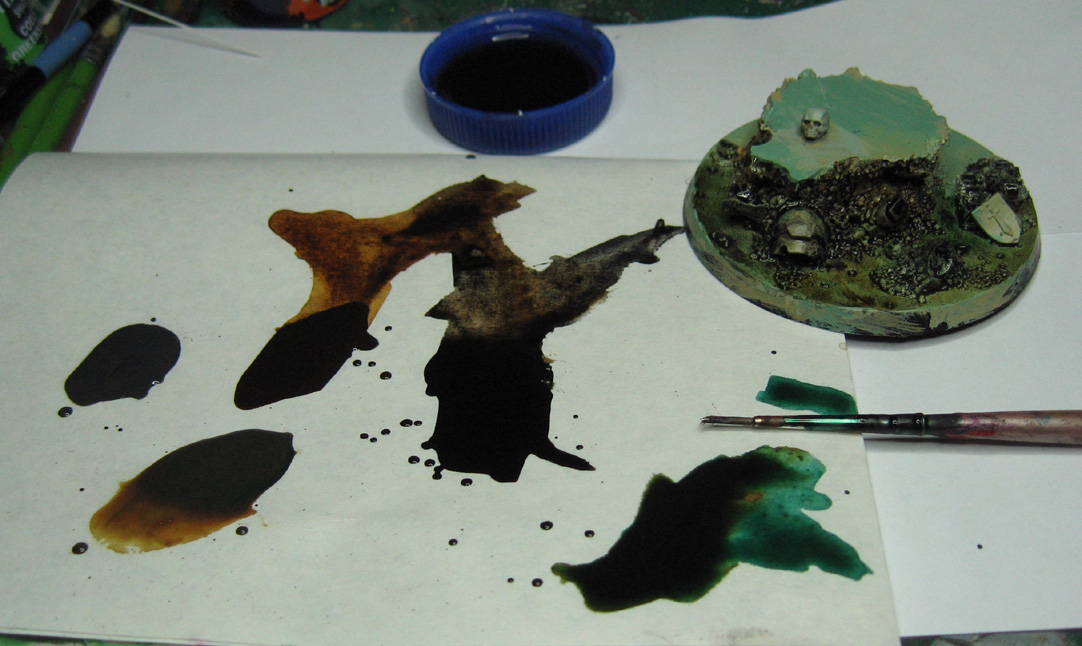 I did a few layers of this, focusing the darkest inks and such in the crevices, while I used some of the sepia and concrete mix on the stained marble section. 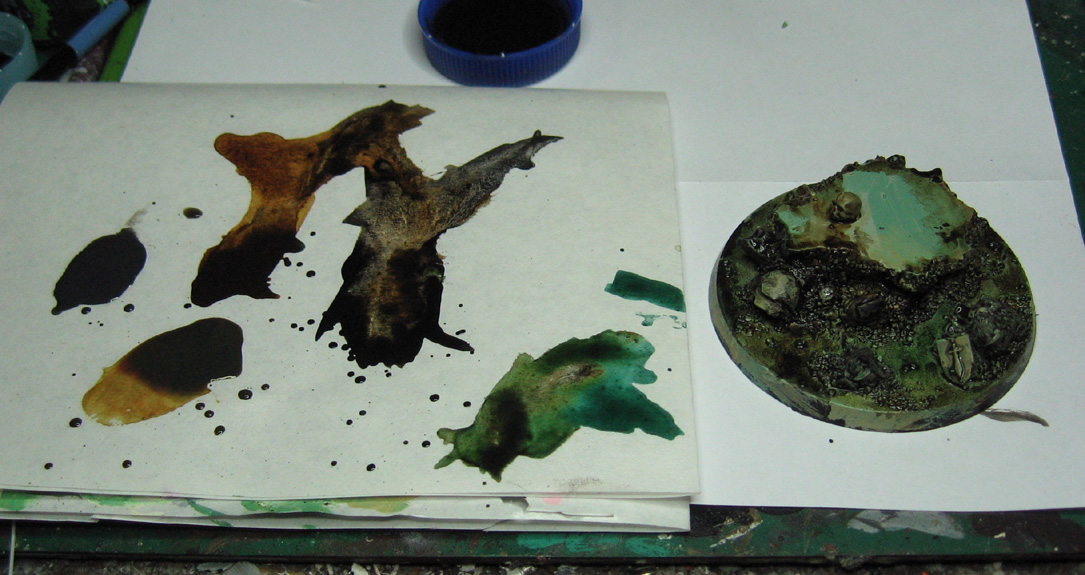 I painted in the Nurgle design.  The idea here was to have the darker, cooler color underneath the lighter, warmer colored skull.  You must have dark to have light, and vice-versa! 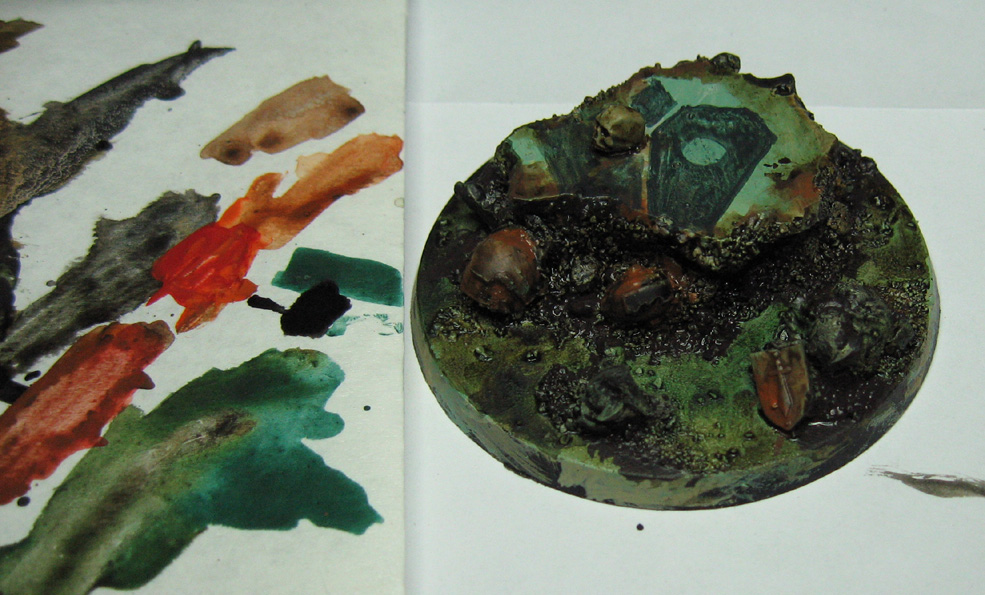 Now it was time to make sure the liquid swampy areas had some shading and color... 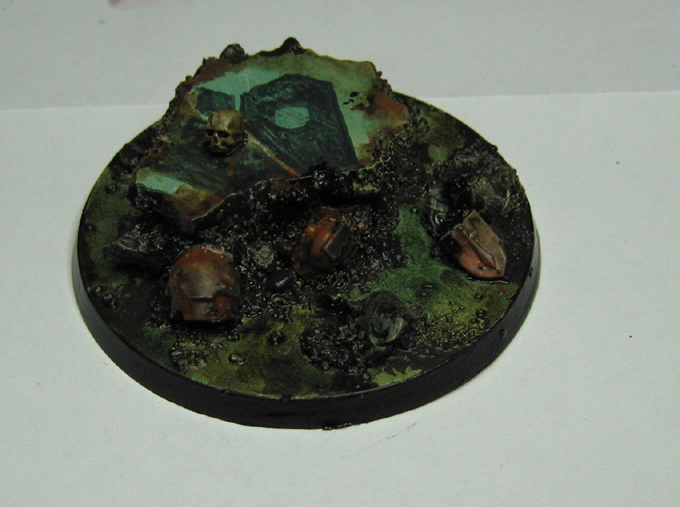 Once I have my colors set on the swampy part, I put a layer of gloss varnish over that. 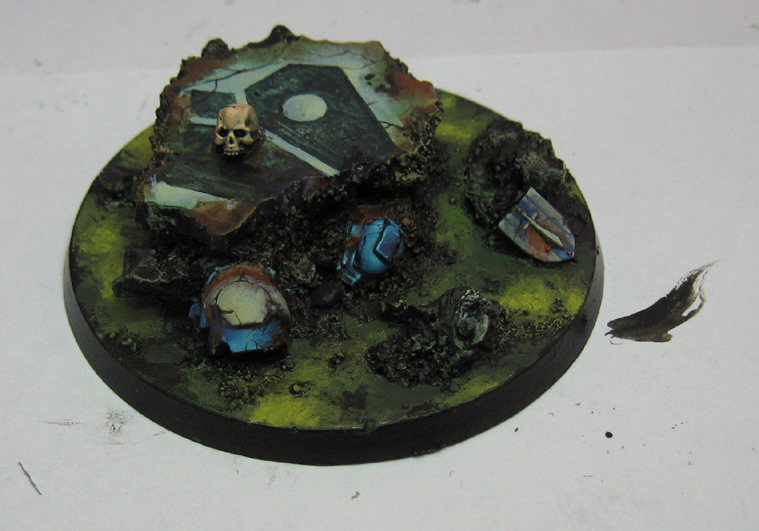 While that initial layer of gloss coat was still dry, I mixed in the fluorescent yellow with it and made things look really toxic!!! 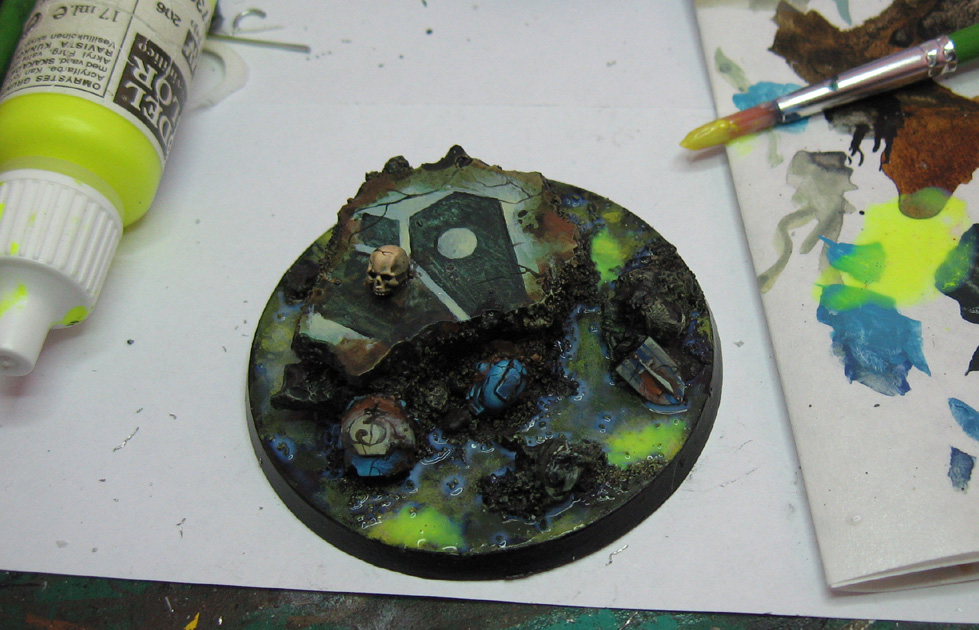 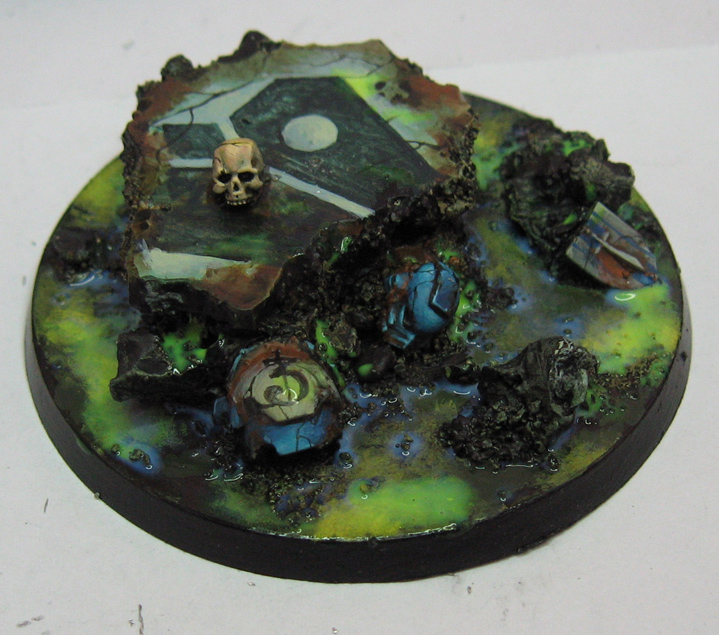 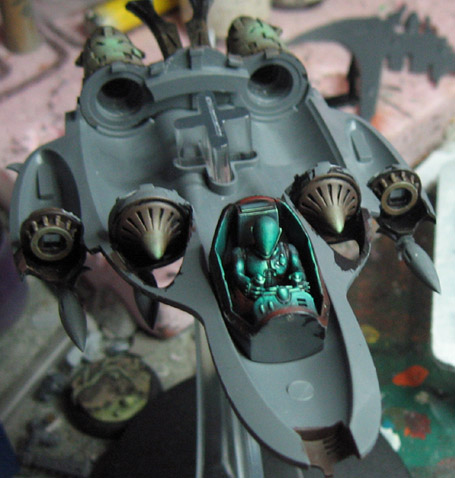 Given the large amount of Venoms that are also included in the army, it was time to figure out what I was going to do with all the pilots.  I could have saved time by just painting the canopies as I did with some regular Eldar vehicles a few years ago, but I wanted to do something more with these. 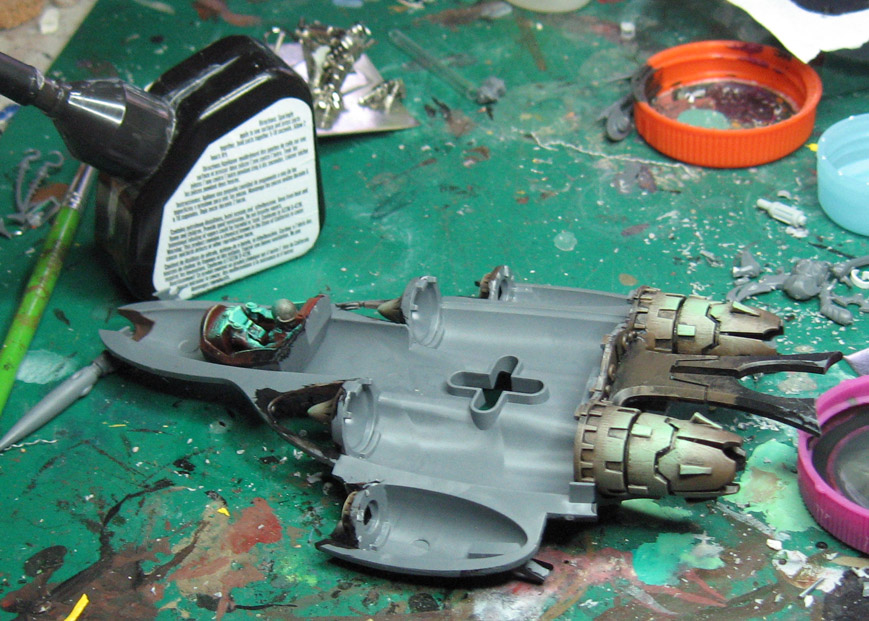 Also, having established the glowy look with both the jetbikes and the Grotesques, I wanted to maintain a consistency from one set of figures to the next.

The other tricky part to all of these vehicles was going to be painting the cockpits and other engine elements that would be almost impossible to reach if I did not paint them before gluing the two halves together.  So, I painted the intakes and exhaust sections of the engines, and started painting the cockpit as well.

I used some deep reds to paint the pilot and most of the cockpit, and then used the filbert brush to 'damp brush' the glowing colors, working all the way up to the brightest lights. 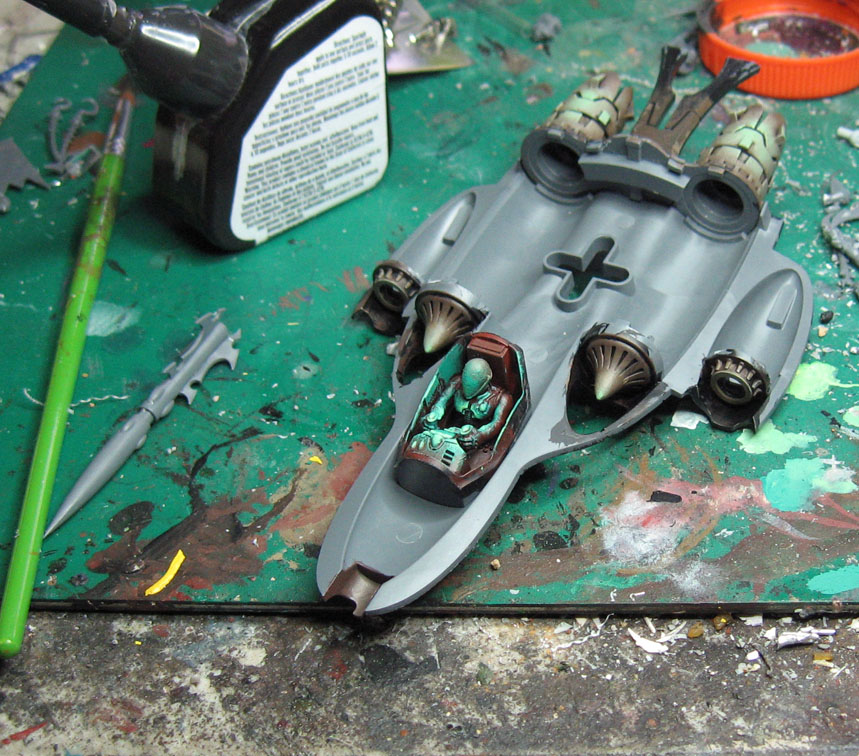 Then I used a series of glazes to shade everything darker.  By using a blue green mix, the reds were also shaded, and cooled down in the shadow areas quite a bit.  That helped to tie all the colors together. 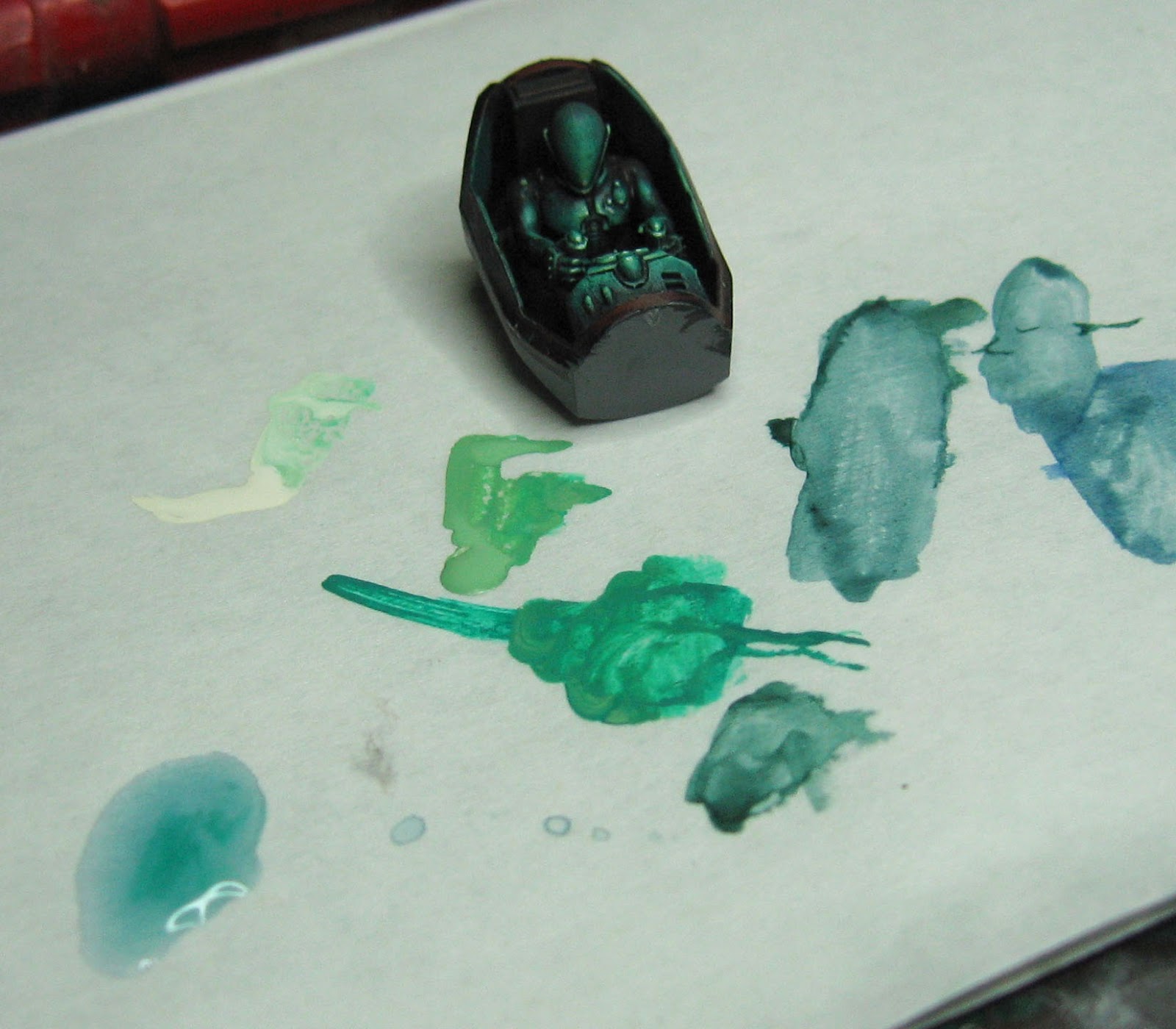 Then I went back in and worked the middle tones a bit, cleaning up some areas and adding a bit of variation in the lighter colors in terms of hues. 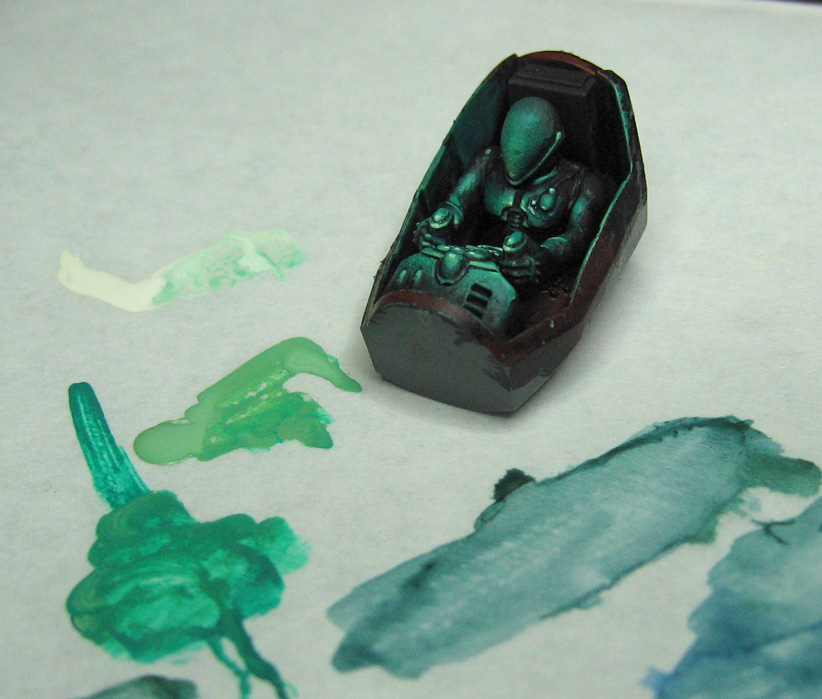 So, task complete!  All set to glue together. 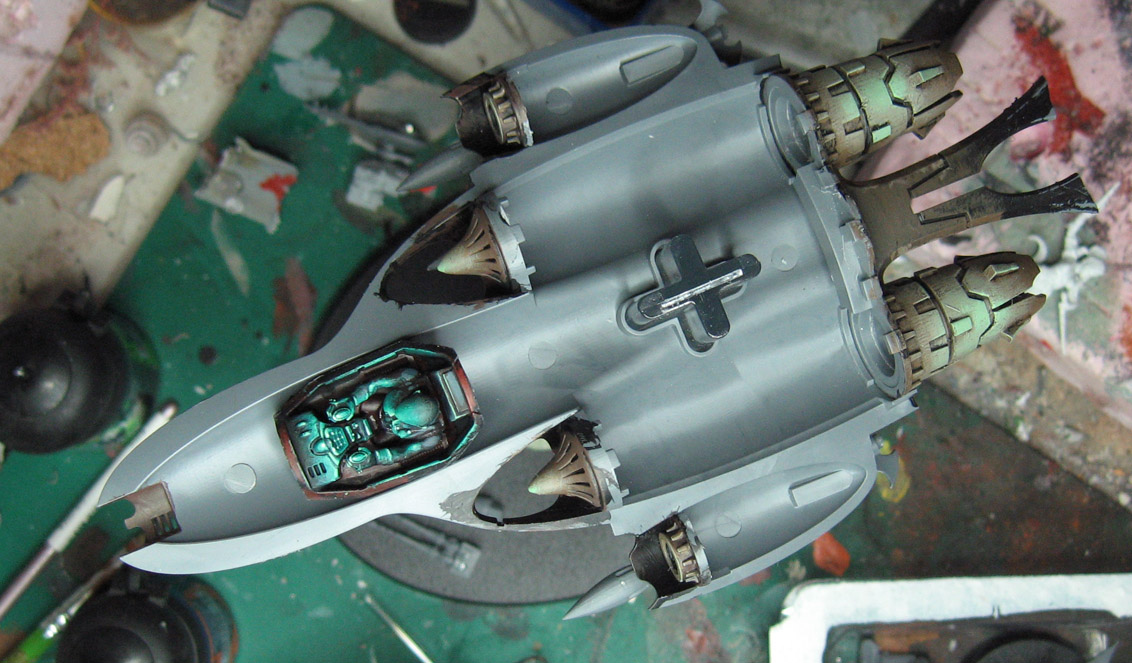 Posted by wappellious at 4:31 AM 4 comments: