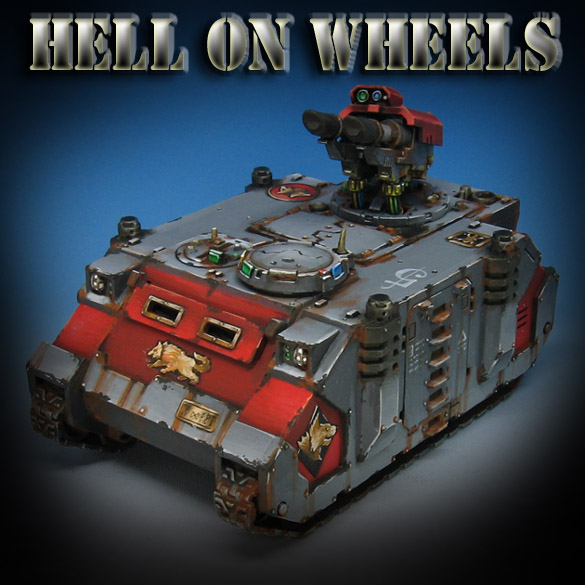 Same splinter chapter of Space Wolves, but this time a handy tank!  It was done to illustrate a number of techniques, including using the Vallejo Metal Medium to turn 'regular' paint colors into metallic paints.  That was particularly interesting!

This particular shade of gray offered some challenges, mostly because it resembles the original raw plastic color so closely.  It is so neutral, I had to be very aware of how intense the reds were getting, as they would have become overpowering very easily.

Some of the other aspects of vehicle painting were the weathering, diodes, freehand and more.

I have to say that a Rhino based vehicle is a fairly good subject for such things.  There are a large number of regularly spaced angled surfaces, which makes it a lot easier to show how to paint those transitions.

There are also several areas which are good candidates for showing simple weathering and freehand!

Here's a peek at both of them together.  I have one more set on a different kind of backdrop which really makes the gray stand out, so stay tuned! 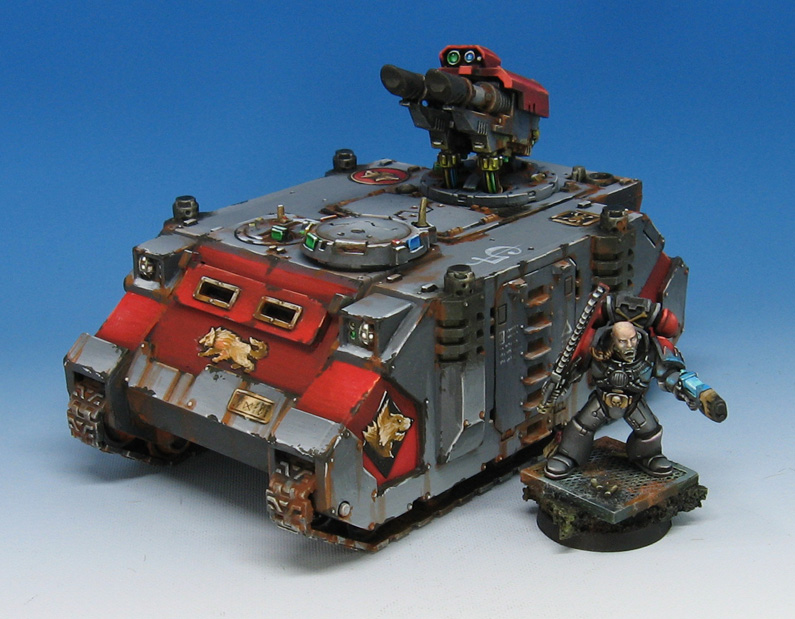 Posted by wappellious at 1:27 PM No comments: 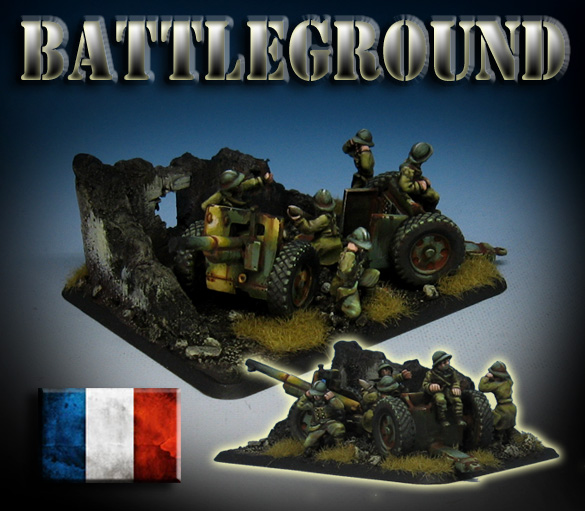 Some of you might remember one of the basing articles for the French artillery stands which utilized the pink insulation foam.  The idea was to create some quick building ruins for a few of the guns.

With a little splash of paint, you can really get a good view of how those materials can look in the end!

Again, this is 15mm scale, so keeping things in scale to such tiny figures is much tougher.  It can be difficult enough at 28mm scale!

I just couldn't resist having one of the crew sitting on the limber :-)

One final view... more to come, so stay tuned!