A Mountain that Moves 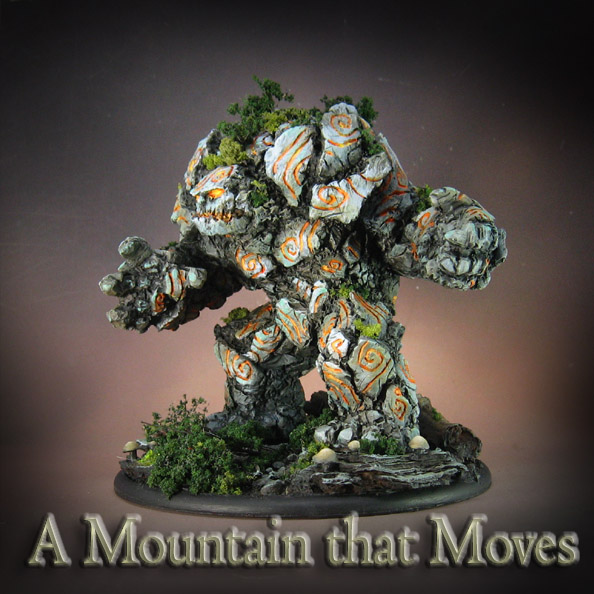 This massive hunk of resin is from Puppets War.  To give you an idea of scale, the base is the size of a DVD! 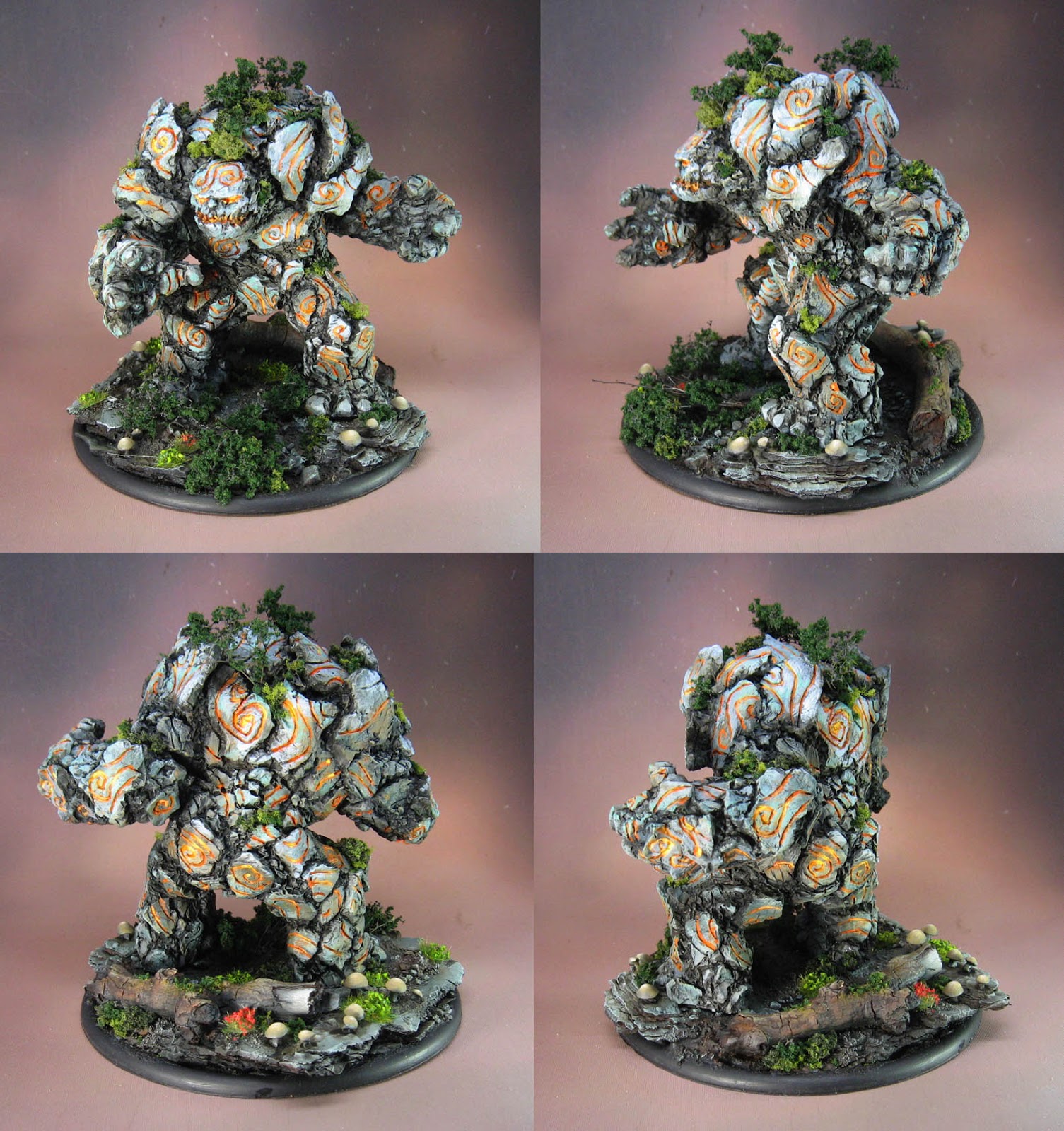 He was a good choice for an experiment using the Army Painter Strong Tone, which I had tried out a few months ago as I was helping someone paint a Bolt Action army. 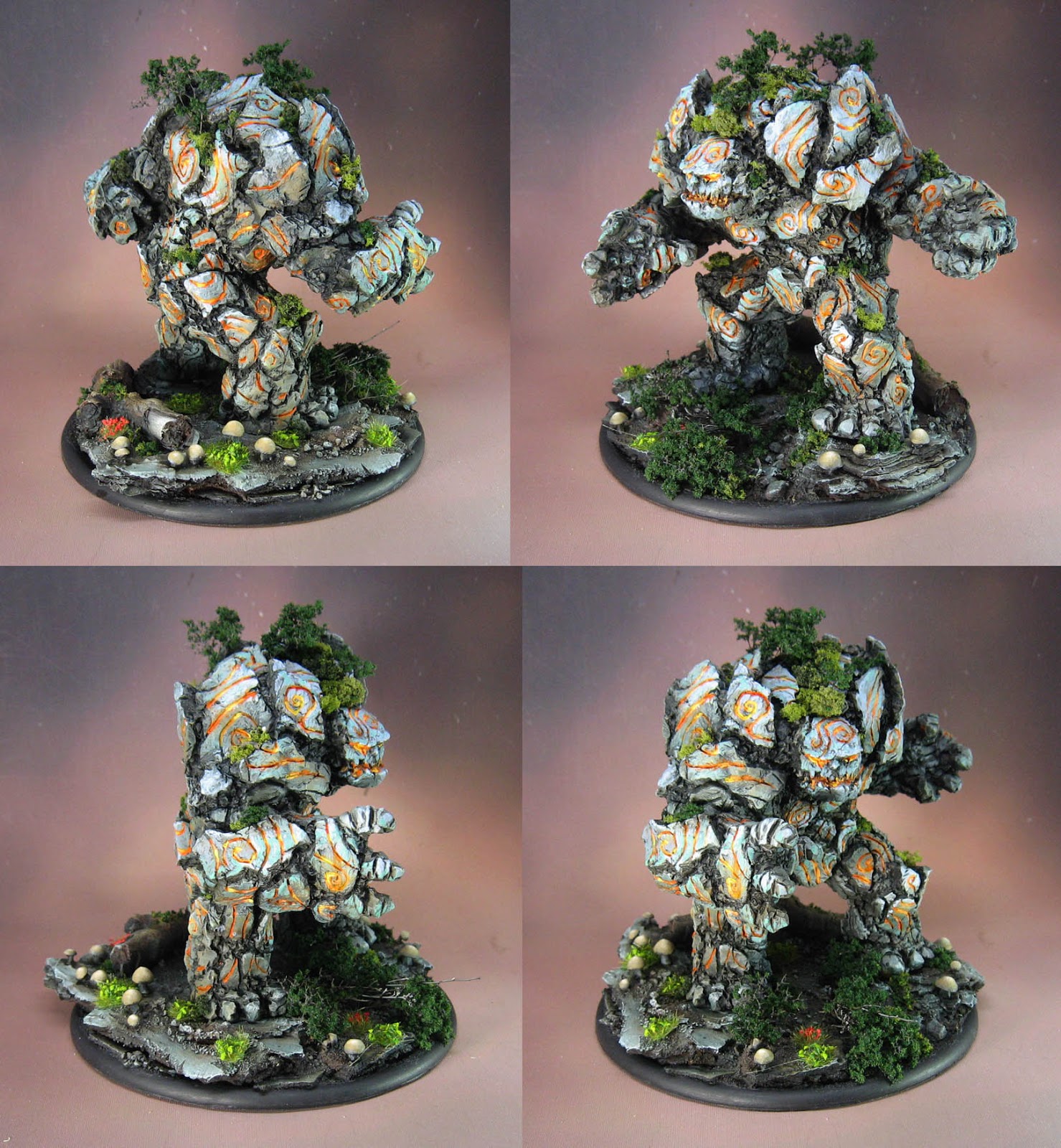 It seemed like it could be useful, especially for my bark and branch bases, which have lots of craggy surfaces similar to this.  While the Reaper Liner and Secret Weapon Weathering paints work well, I thought having the Strong Tone working with them could be an interesting combination.

I was very pleased at how it dried, which was very matte, and it left no water marks!  It was very similar to the Vallejo washes that I loved so much.

The mushrooms were sculpted out of green stuff... done to match many other bases from the same "faction". 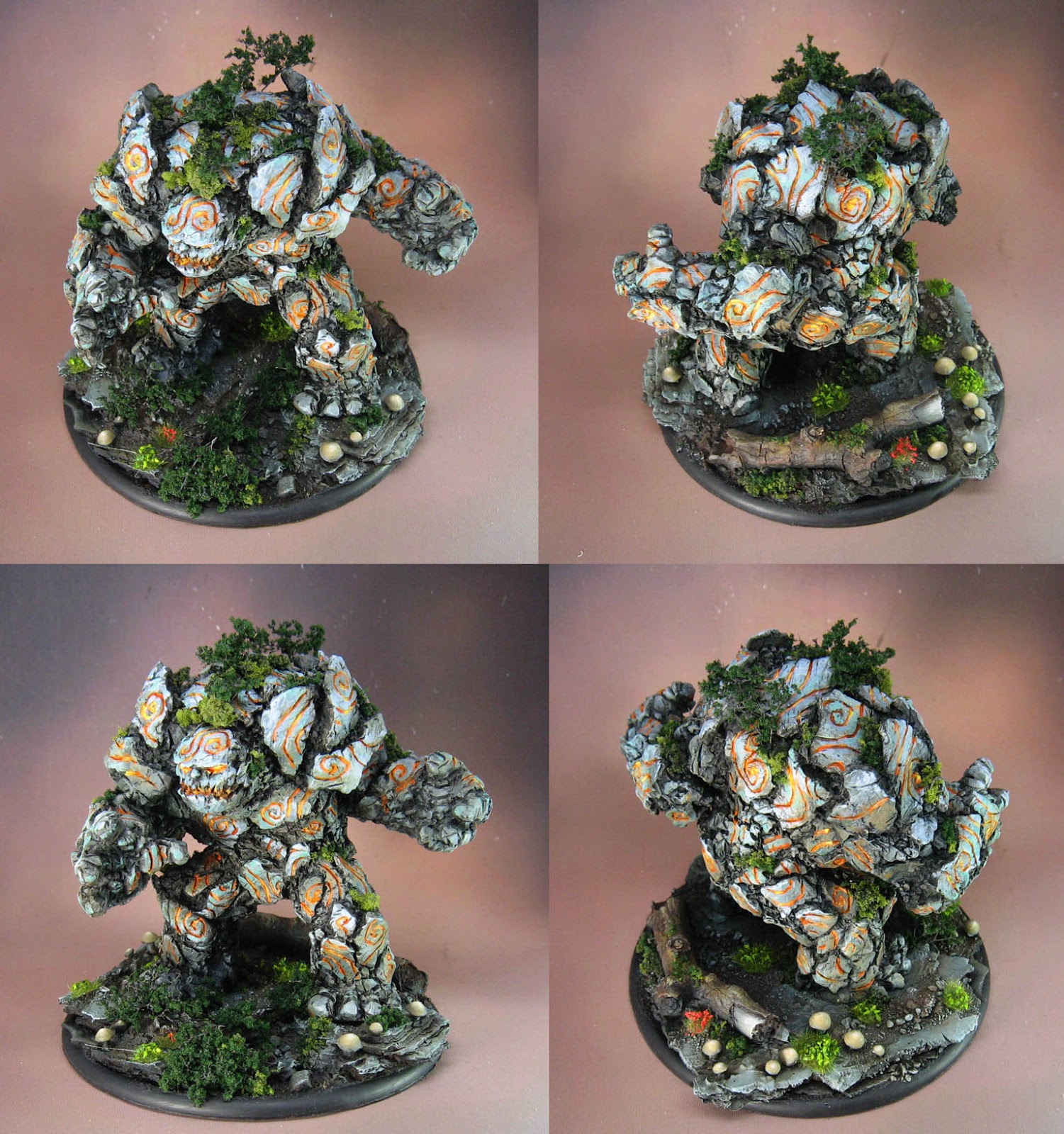 It is a perfect tone of sepia, and it has worked well with historical figures and many other genres as well.  It says 'ink' on the jar, but it is not shiny or runny at all.  The formulation  is quite similar to those Vallejo products that I mentioned.

Out of the jar, it is actually thicker than you would expect... but it really gets down into crevices!  This is something I will certainly be working into the newest painting videos, so stay tuned... 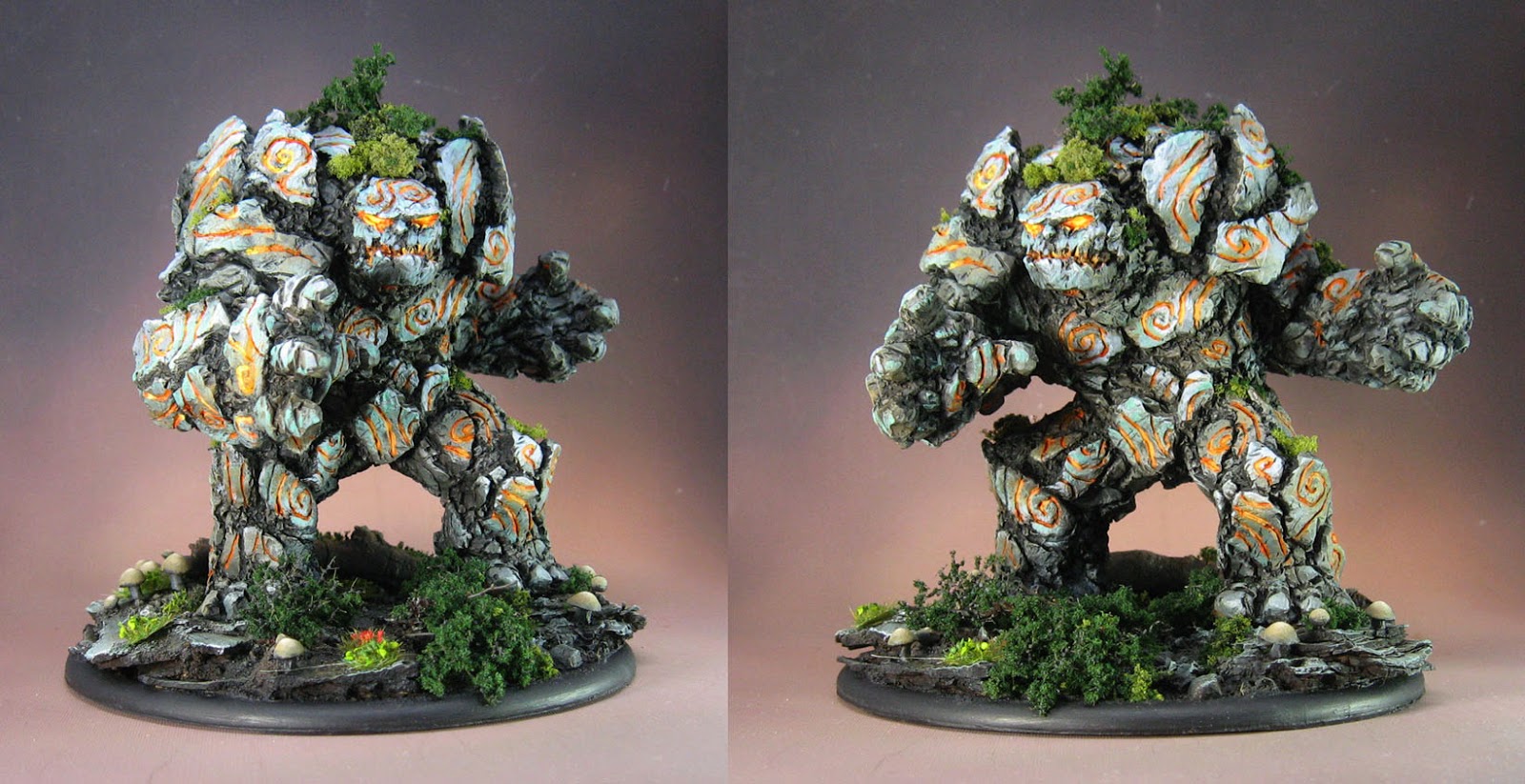