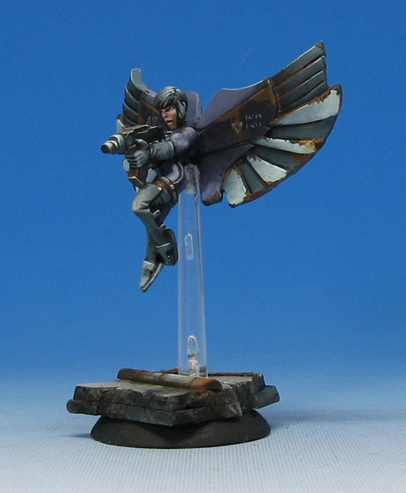 As many of you know, I used dozens and dozens of figures for the painting videos.  There were many figures that were painted, but ultimately were not used, due to time constraints, difficulty in seeing details on camera, etc.

This is one of the figures that "stuck" and it was used for the "Shades of Grey" video.  As the name suggests, it's all about painting grey, and finding vast ranges of values and tones within what might be considered a limited color.

It is by no means a limited color, since you can still adjust temperature (warm vs cool), tint, and saturation.

While many people go out an purchase jars of grey paint, you will rarely see any actual grey paint in my collection.  I would much rather create my own by mixing opposing colors, such as a very dark blue with a light brown, and then a hint of seafoam green to lighten it.

This offers me a LOT more control, and I am not stuck with either a reddish grey, or blue grey from out of a jar.

I did five of the "color theory" videos, such as Yellow Alert.  Here's a 25 minute preview of that one: 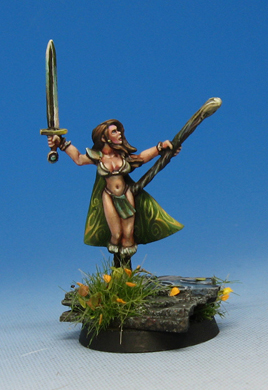 This classic Iron Wind Metals figure was a practice run on some new paints.  I was testing them on transparency, opacity, and the way they would interact with some of my glazes, liner paints and clear pigments.

Posted by wappellious at 4:46 AM 4 comments: