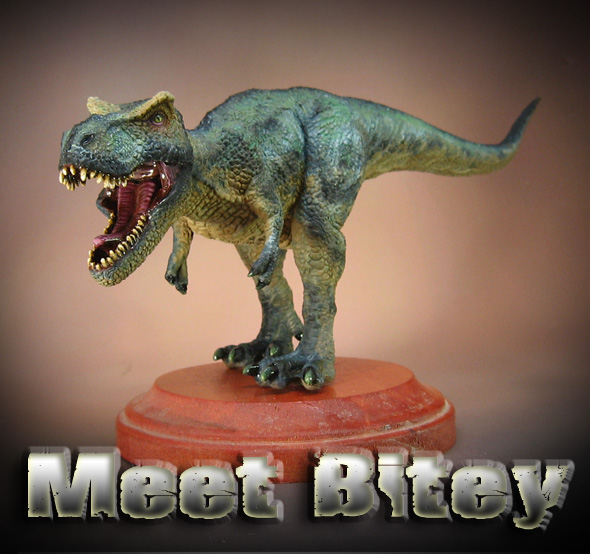 Back to the Jurassic Park of painting with this T-Rex from Collecta.  It is the same figure as the last T-Rex, but with a very different color scheme. 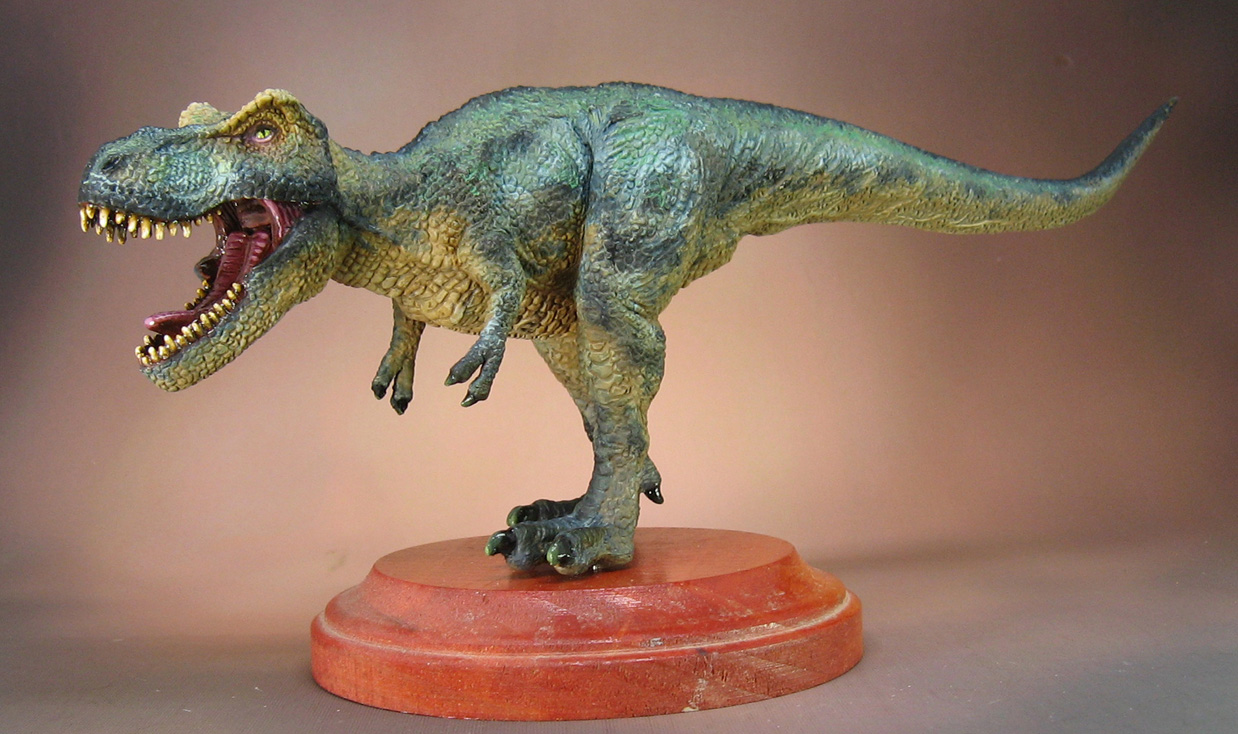 It was a challenge, because I had to 'reverse' some of the shading!  That is, the crevices between the scales had to be light, instead of darker.

To do this, I had to work on those darker colors first, along with creating an overall tone.  A grayish green was painted on the dorsal sections of the dinosaur, with a tan on the ventral surfaces.

Then things got interesting, as I made a few mixes of the Secret Weapon weathering paints and glazed in those lighter colors into those crevices!  As I have shown many times, those paints are fantastic for glazing.  I have also mentioned many times how I love to do "lighter" glazes.  It was certainly a valuable tool in this case.

I used that lighter greenish glaze on the upper surfaces, which instantly made those darker scales stand out.  This was also done to a lesser degree with a brownish-tan mix on the underside and around the eyes.

When the lighter tan glaze was allowed to flow into the crevices of some sections of greenish color, it made a fantastic transition!  I was very happy with how that worked out.

These techniques turned out so well, I have been prepping a few Lizardman figures that might allow me to try and do this on a facebook live.  It is very hard to show this in still images, and I think even just a few minutes of seeing me do this on camera will get the idea across.

Thanks to everyone who has supported the Patreon page!  It is much appreciated.  This week I will be painting the December raffle figure in a facebook live session, and raffling off the November figure as well!!