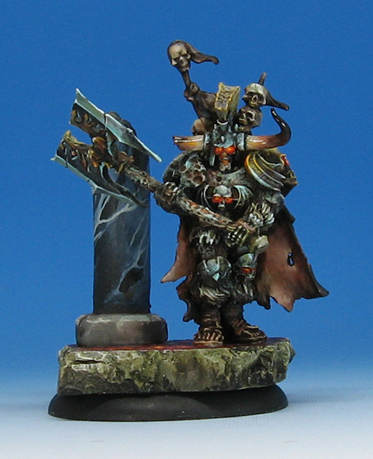 This was another color test figure, exploring a few new mixes.  I made the base a long time ago as an example for something else, so it was quite handy that he fit on there so well!

It was a very bright Reaper color, called Mint Green.  It's one that I had used a few times last year, but it became set aside in the mayhem since Reapercon 2014 :-)

It makes a very interesting metal color, because it can really contrast in saturation, or color purity, from any sort of weathering or rust colors! 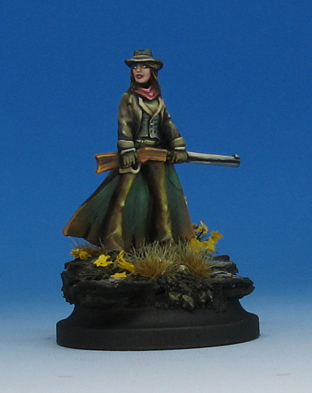 One more Bombshell hits the blog, in the form of Dusty Paige

It was a great opportunity to try out yet another new foliage type which I got from Hangar 18 miniatures.  The yellow on these leaves is so similar to the colors we will be seeing here in just a few weeks!

I also thought that such a lighter color would act as a 'frame' to the figure.  Normally this is done with darker colors around a lighter central interest, but you know how much I like to reverse things! 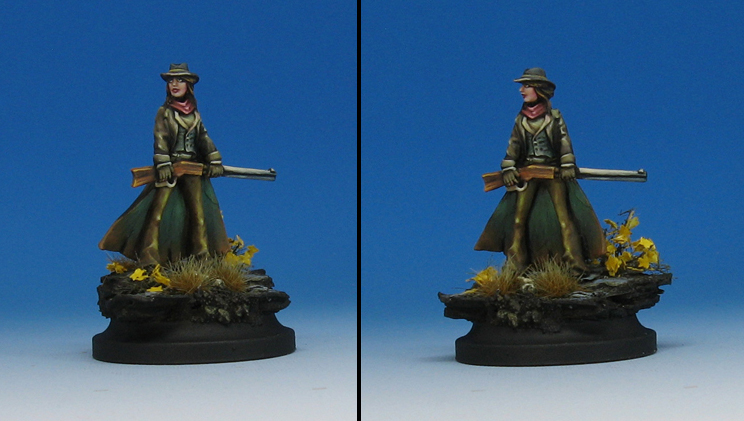