For the loyal Wappellians that are familiar with my Tomb Kings horse archers, here is an article which should give you a pretty good idea of how the armor was done.

Many months ago I sculpted the armor in sections on a flat surface, so that I could make press moulds of each one.  You can see them all laid out on the table here as I begin the process of making the armor for the horses.  In this case horsemen with shields and spears... 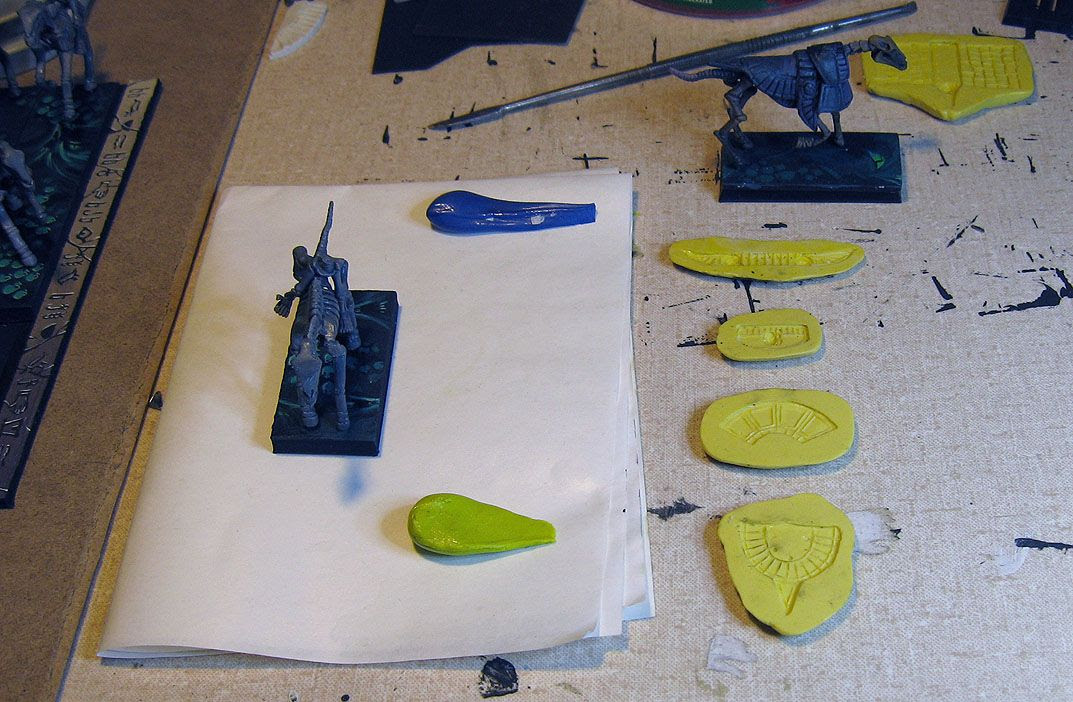 As you mix your green stuff, it is important to know that you should mix more yellow than blue in to the mixture.  This will help you get some extra detail.  The downside is that it is not as strong as the 50/50 mix, so it needs to be supported.  You will see how in the next image. 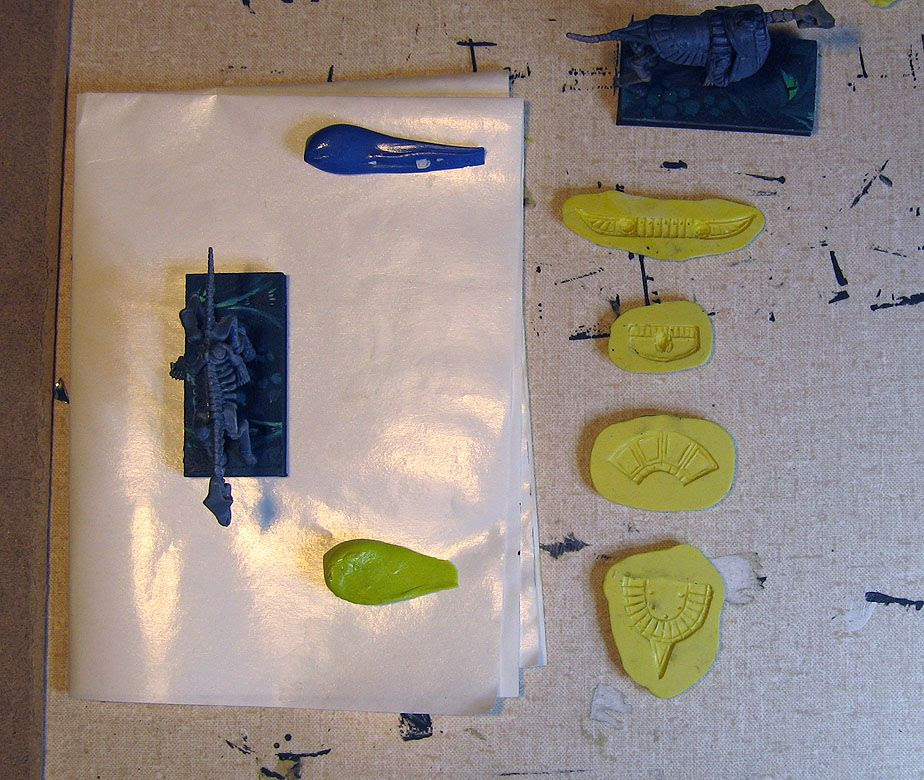 You can see that I have my green stuff in the first section.  You can also see some tin foil.  That is crucial.  Not only will it give the green stuff mix the support it needs as it sets up, but it will help you cast the material in the first place! 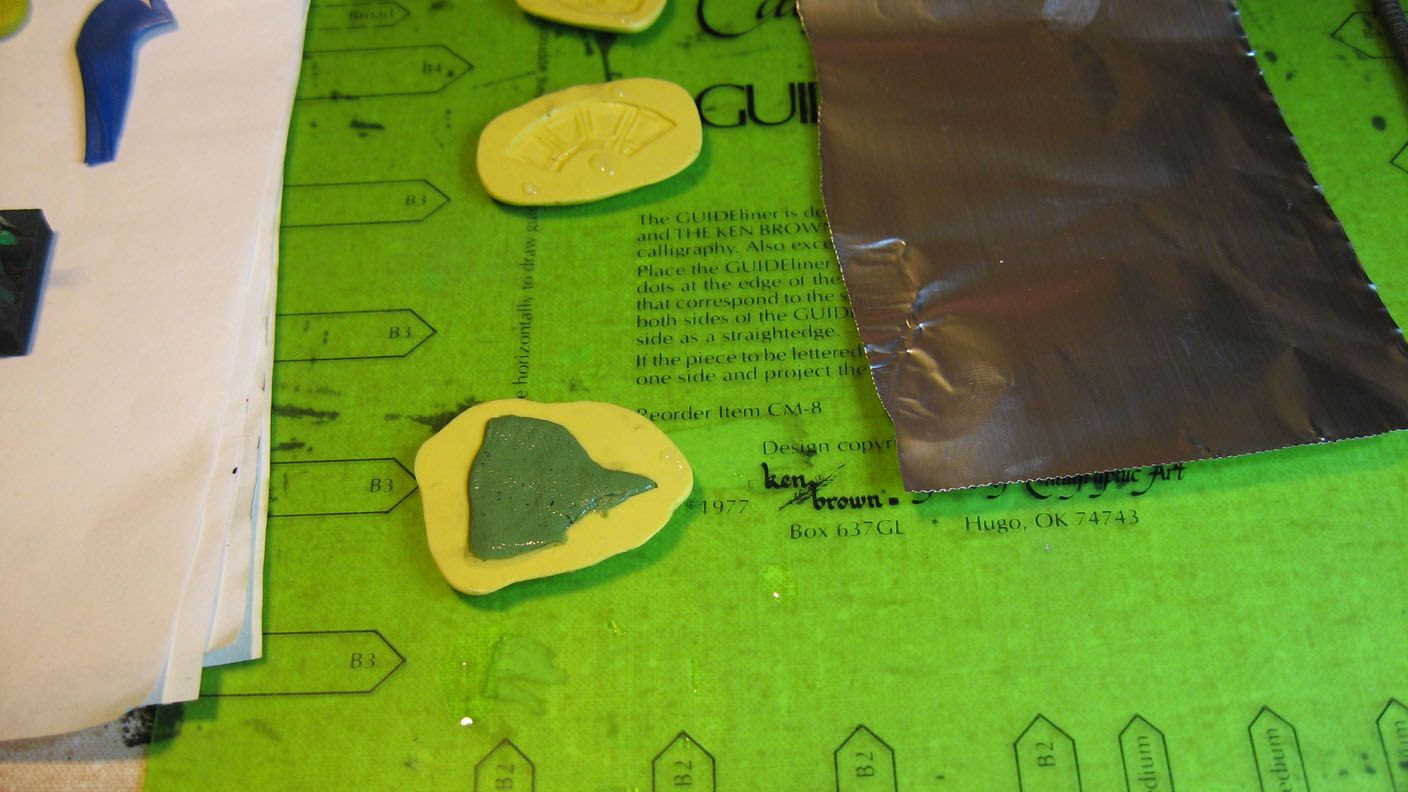 Once the green stuff is pressed into the mould, you flip it over (being sure to have lots of water between the green stuff and the mould BTW), and press that down onto the tin foil.  You will cut away all the excess later. 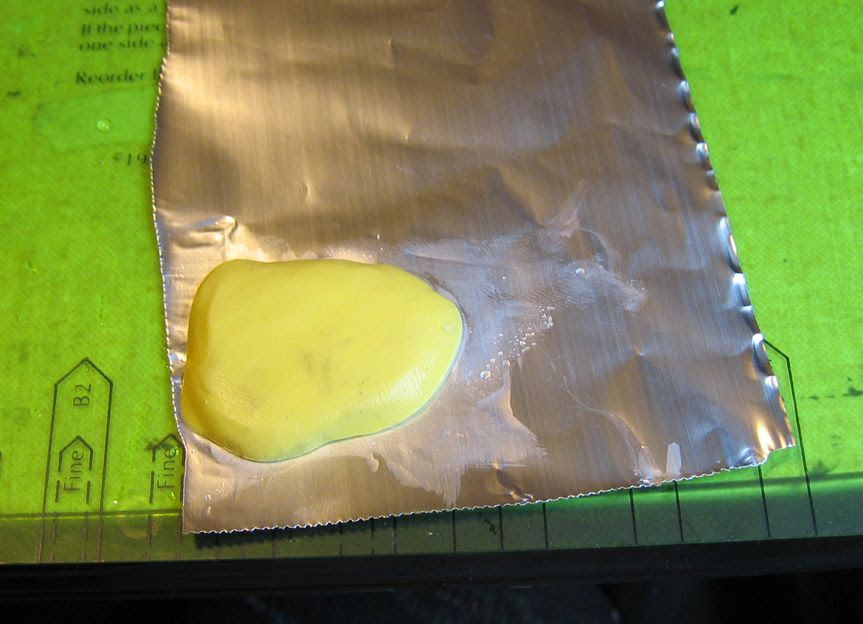 Now, if you have put enough water in your mould, and you pressed it onto the tin foil, it should stick to the foil, thus making it a lot easier to work with! 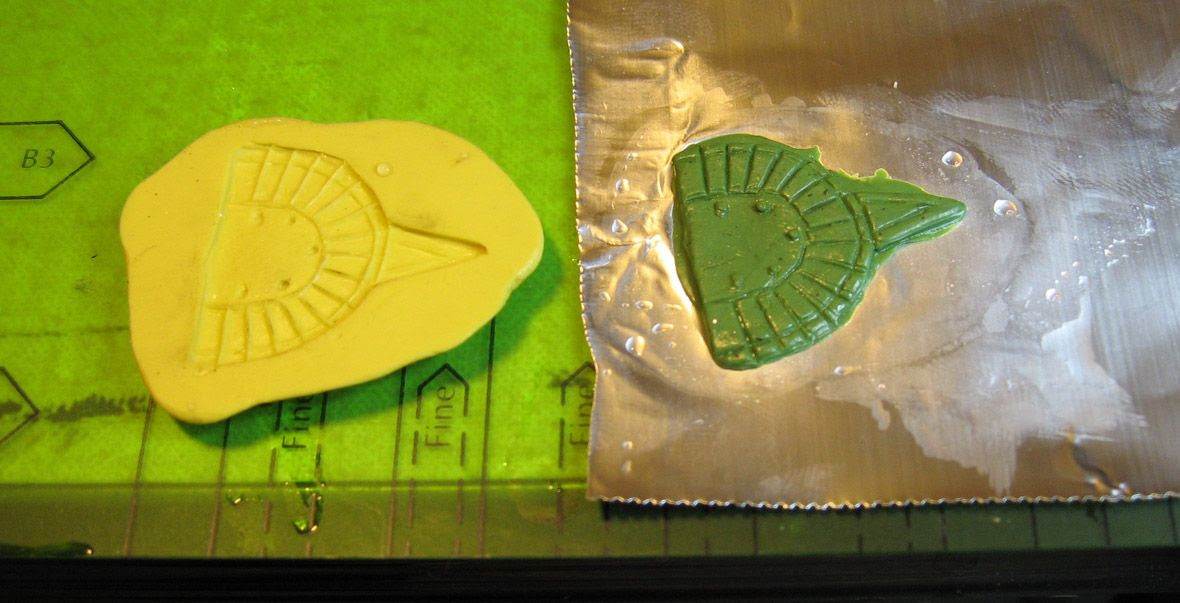 I progress through each of the sections, using the same method for each one. 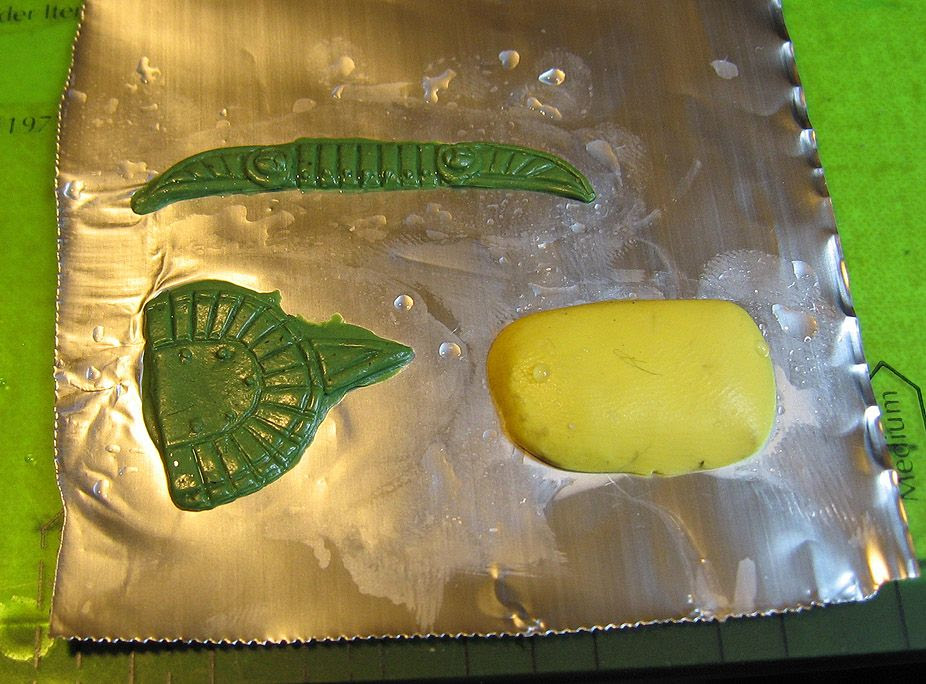 Once all the sections are cast, it is time to get them on the horse! 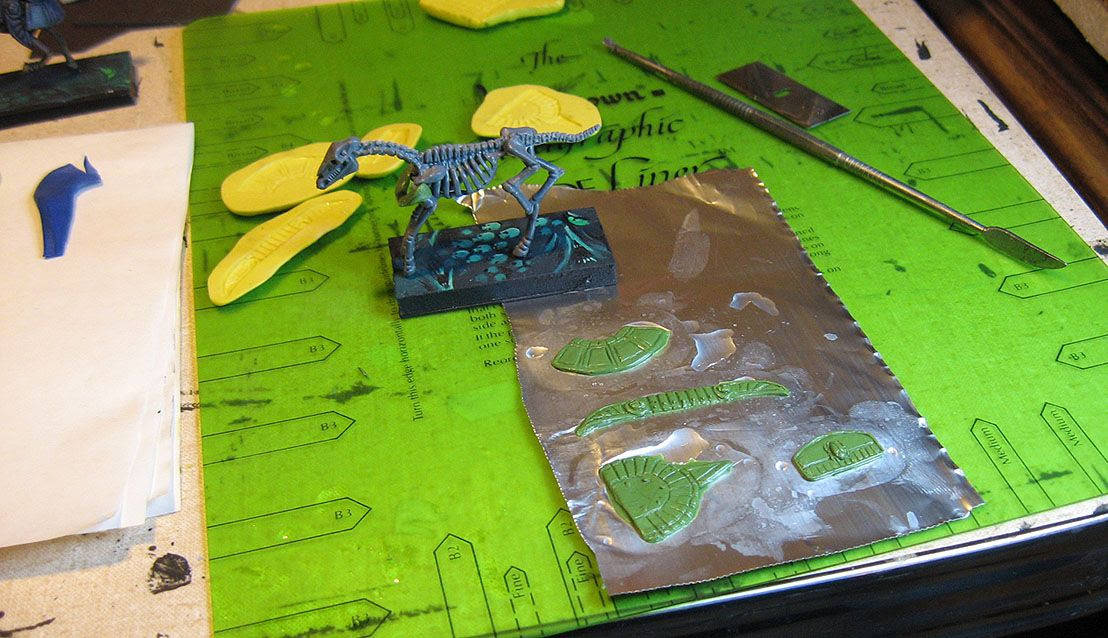 Here I cut out each of my pieces.  I have also put a green stuff "rim" on the front of the horse to support the chest plate. 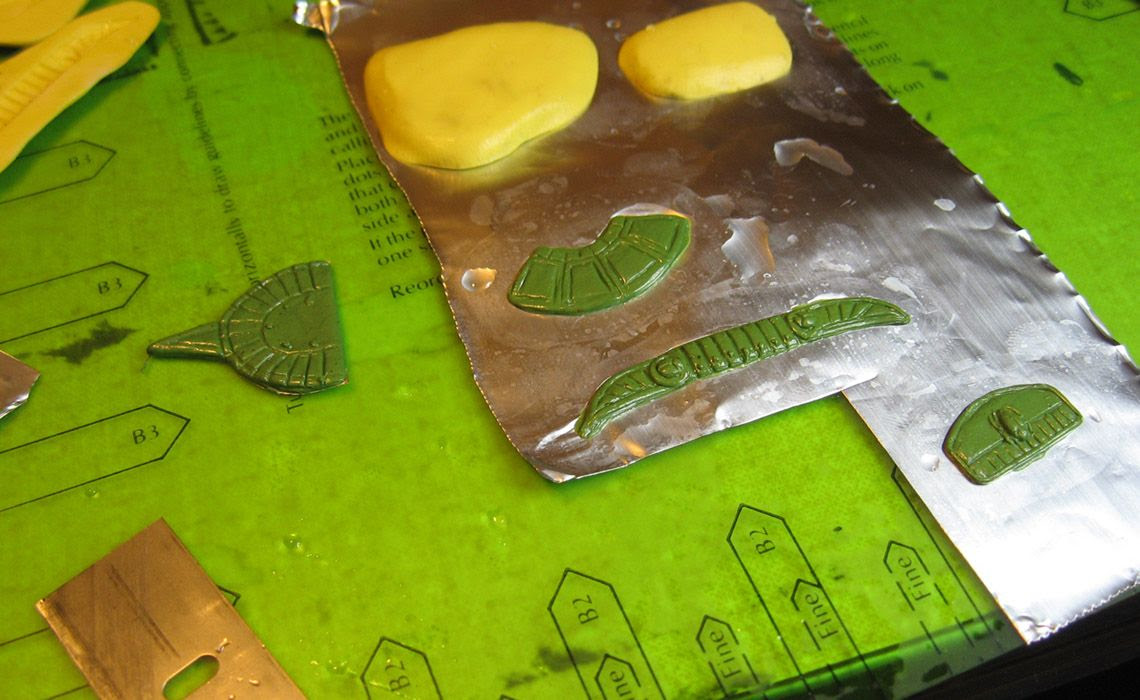 Now I put the various sections on the horse, starting with the "saddle".  I use super glue to secure each piece to the horse and then to each section.  The last piece to be added is the upper piece on the neck of the horse. 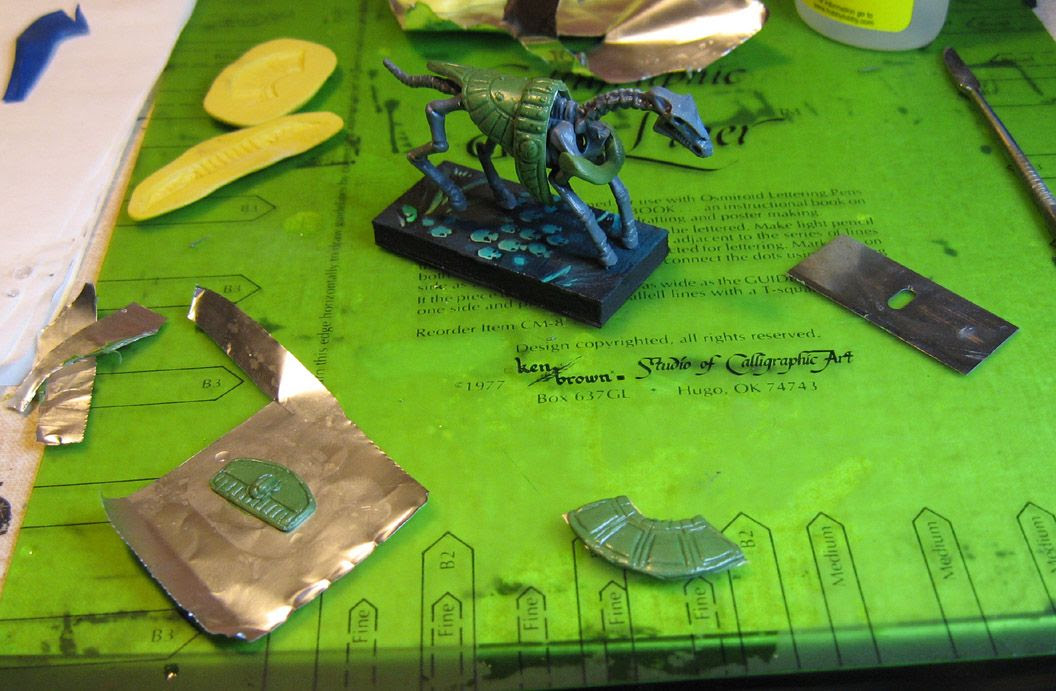 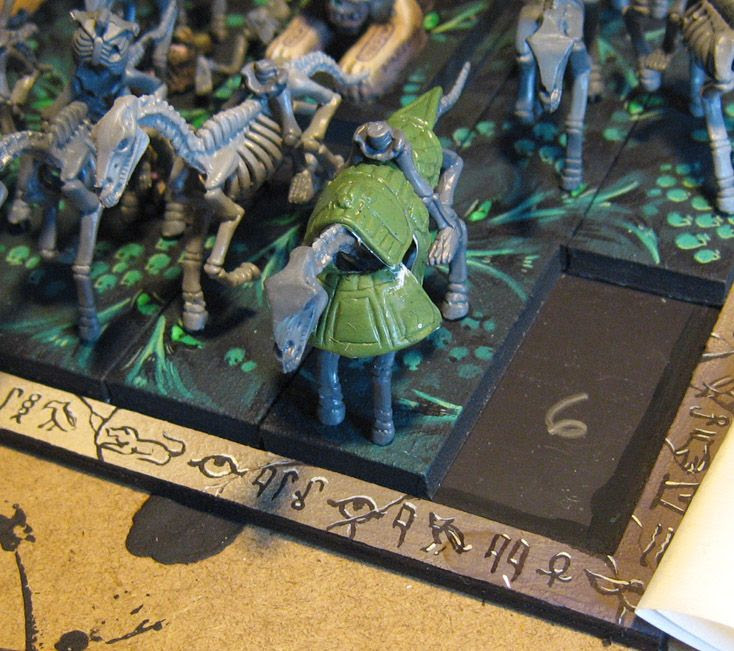 This can be a very messy process, as you have lots of water and super glue interacting with each other.  That will make lots of white blotches, but once they have been primed and painted, you don't really notice them. :-) 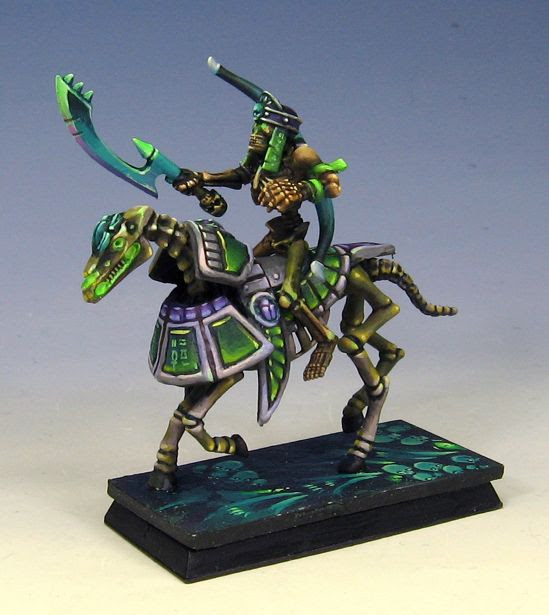 I hope that this is helpful!  You will have to go through some trial and error.  I had to re learn the process myself, since it had been almost a year since I did the original sculpting!