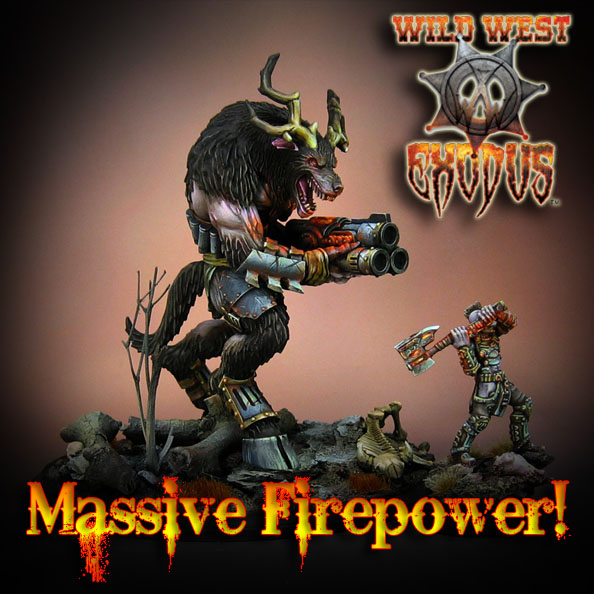 Lookie what we have here!!  It's the gigantic new heavy support for the Dark Nation. 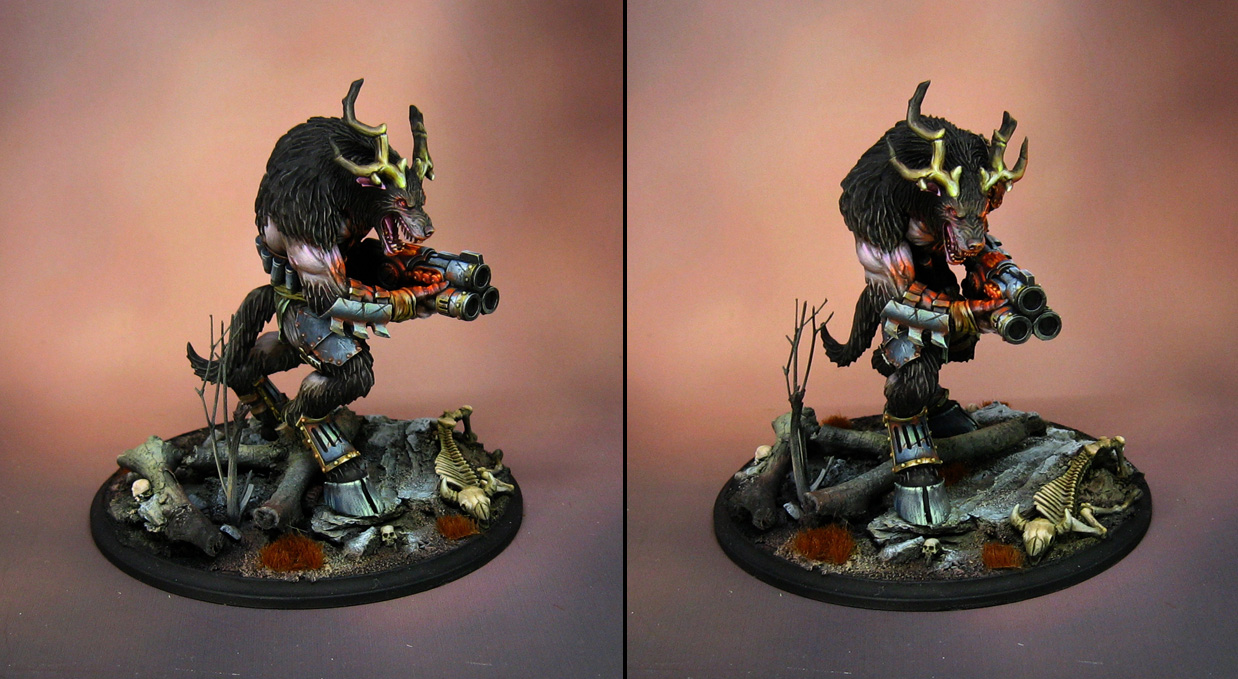 This great beast is the Wendigo, and he is not shy about carrying along a set of rocket launching tubes powered by the dreaded RJ-1027 energy. 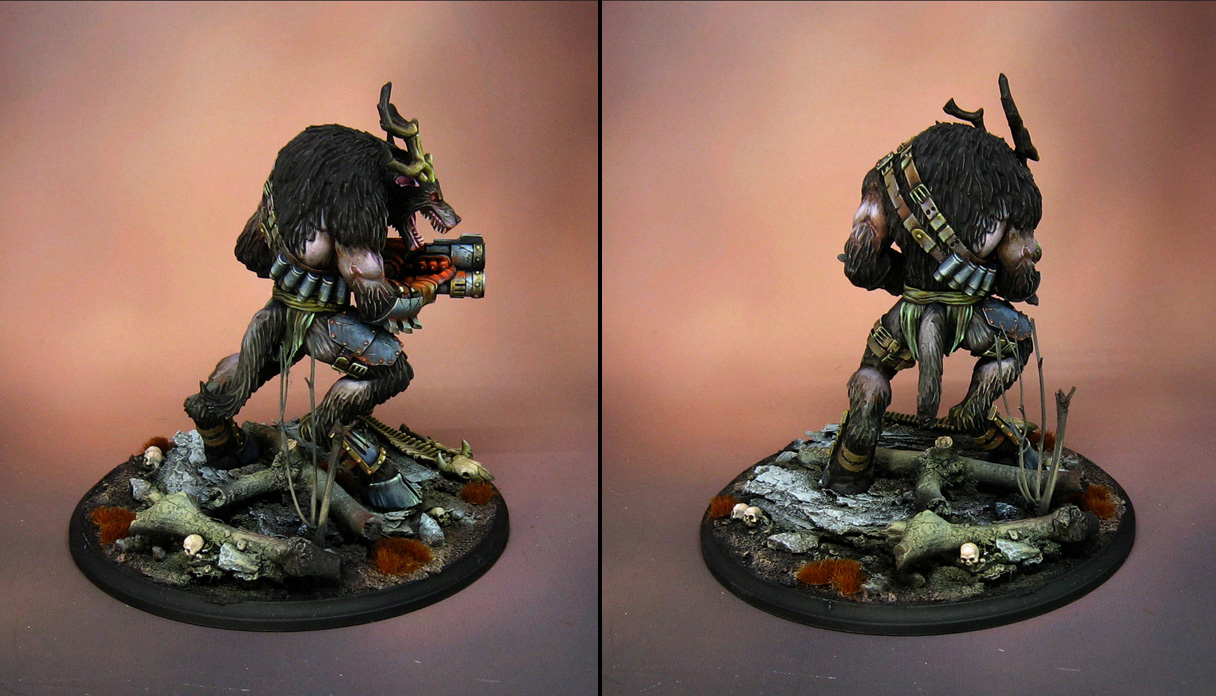 The base is a size of a DVD, which gives you a sense of the scale!  Ironically, for something so huge, the concept art and the nature of the critter itself called for a relatively restricted palette. 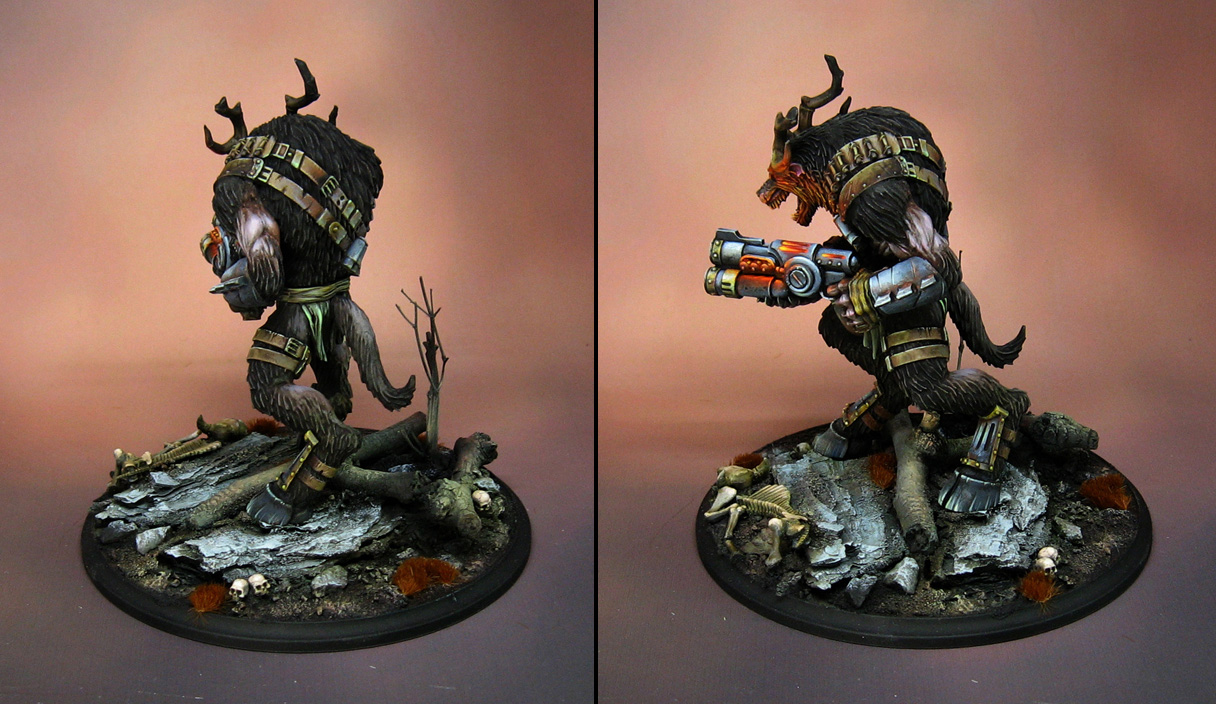 With one notable exception, that is.  The glow from that huge gun had to be as firey as possible, which meant that all those muted grayish browns would be the prefect foil for such object source lighting. 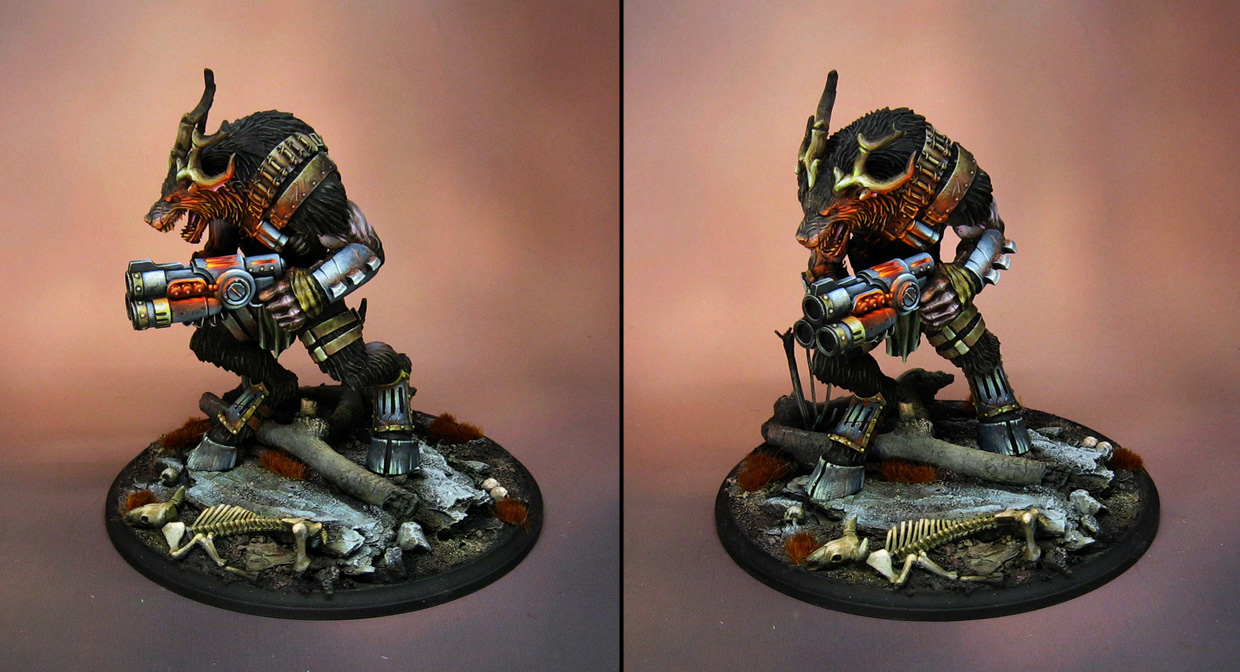 All the elements of contrast were available.  Light vs dark, saturated vs muted, and warm vs cool tones.  As you have heard me call it before, it is the triple play or hat trick of contrast, depending on your sport! :-) 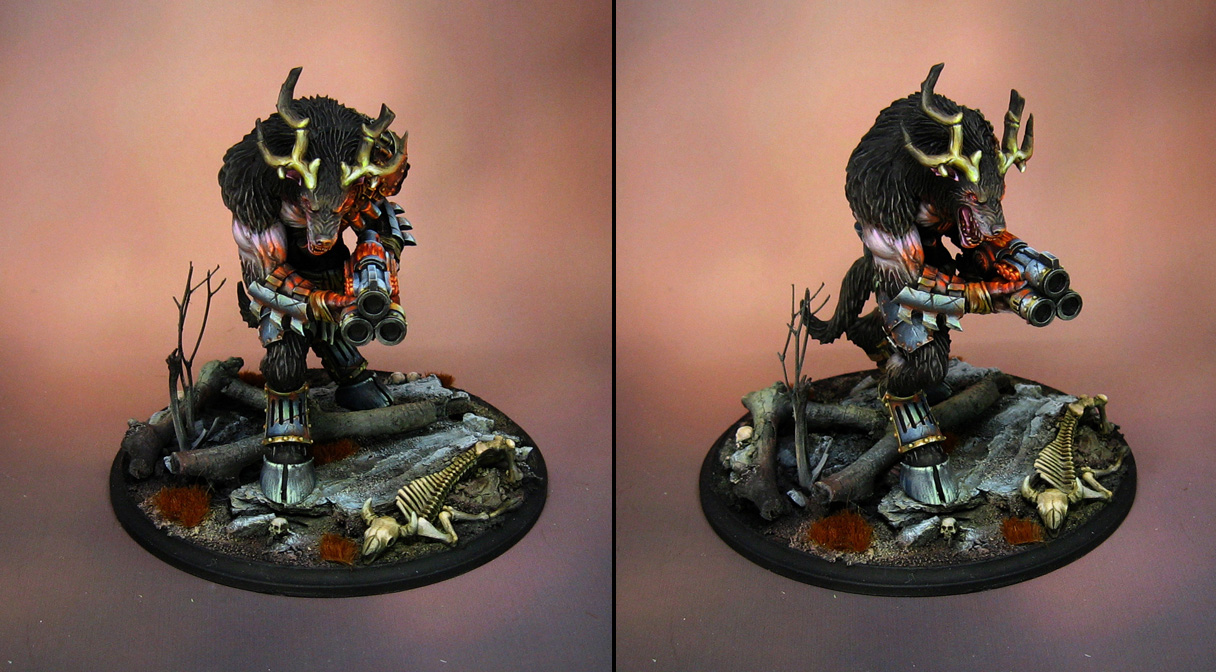 It was nice that I could do a lot of the glow on the face, because all the deep sculpting elements could be brought out even more, and even make the face look more sinister.  Bright lights right under the face have a tendency to do that, even when it's not something as colossal as the Wendigo.

These views from above show how the base not only puts him in a 'setting' but it also stabilizes him in one place, as the thickest bark is right under the feet, where the pins are. 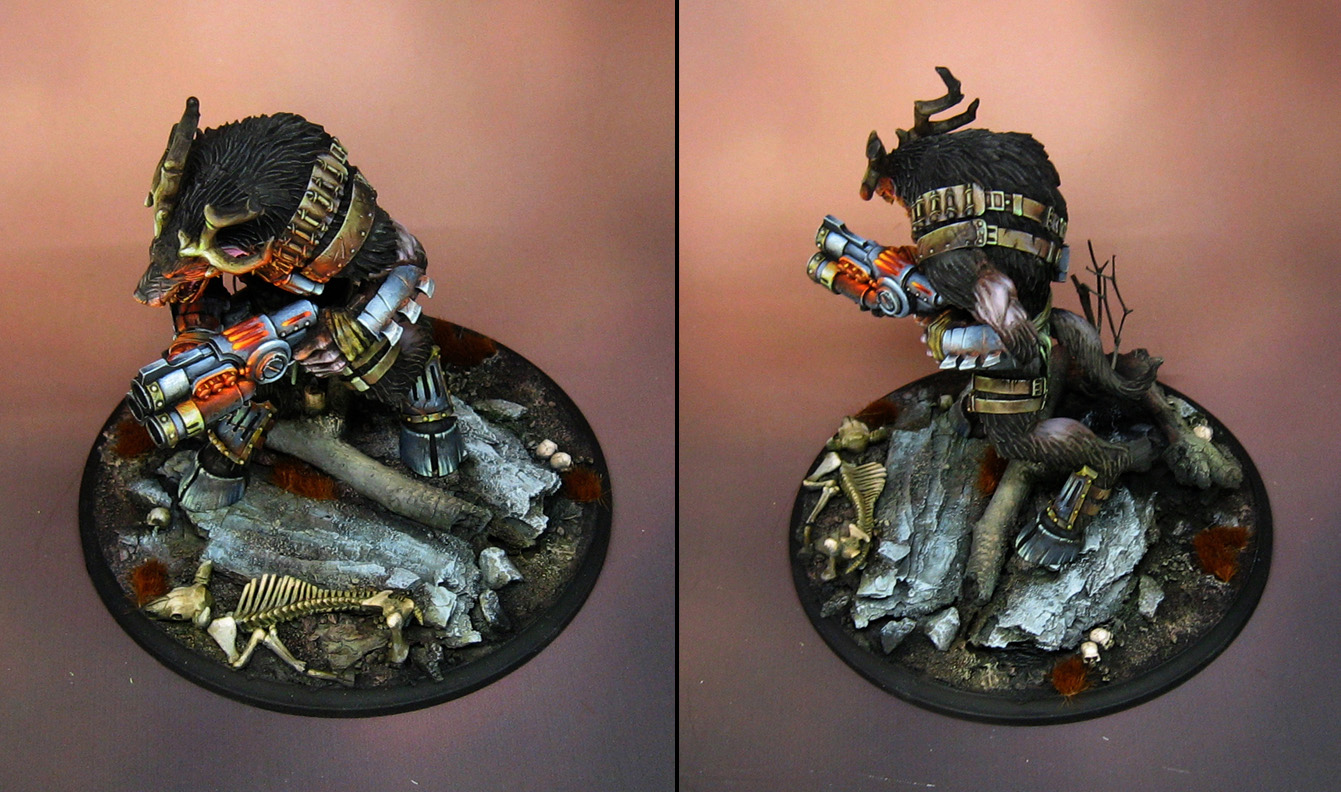 Lookin' right at you!!

Now for the ultimate size comparison, with a standard hired hand on a 32mm base! 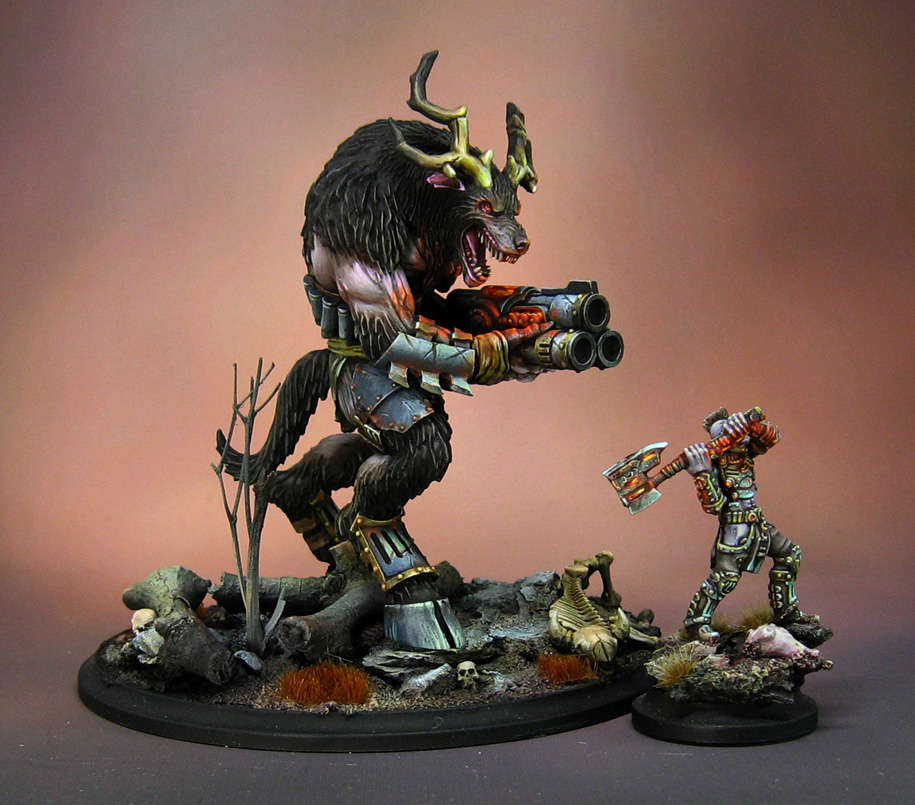