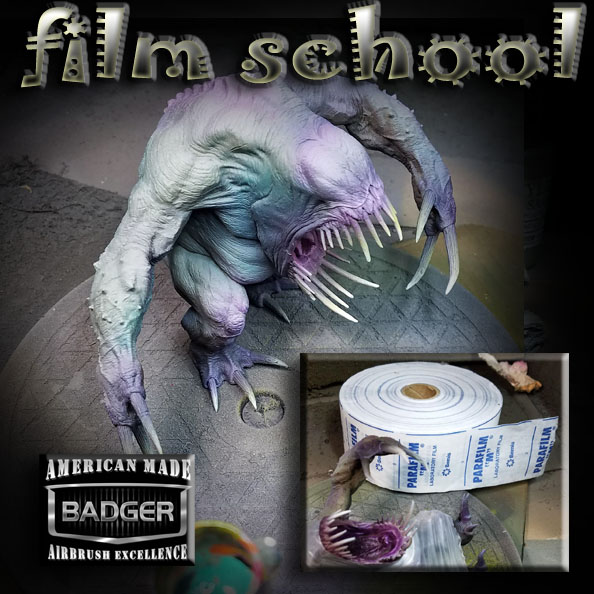 The last article talked about the lower air pressures and the results that would yield, but now I have a brand new tool which has opened up a new range of tactics with the airbrush! 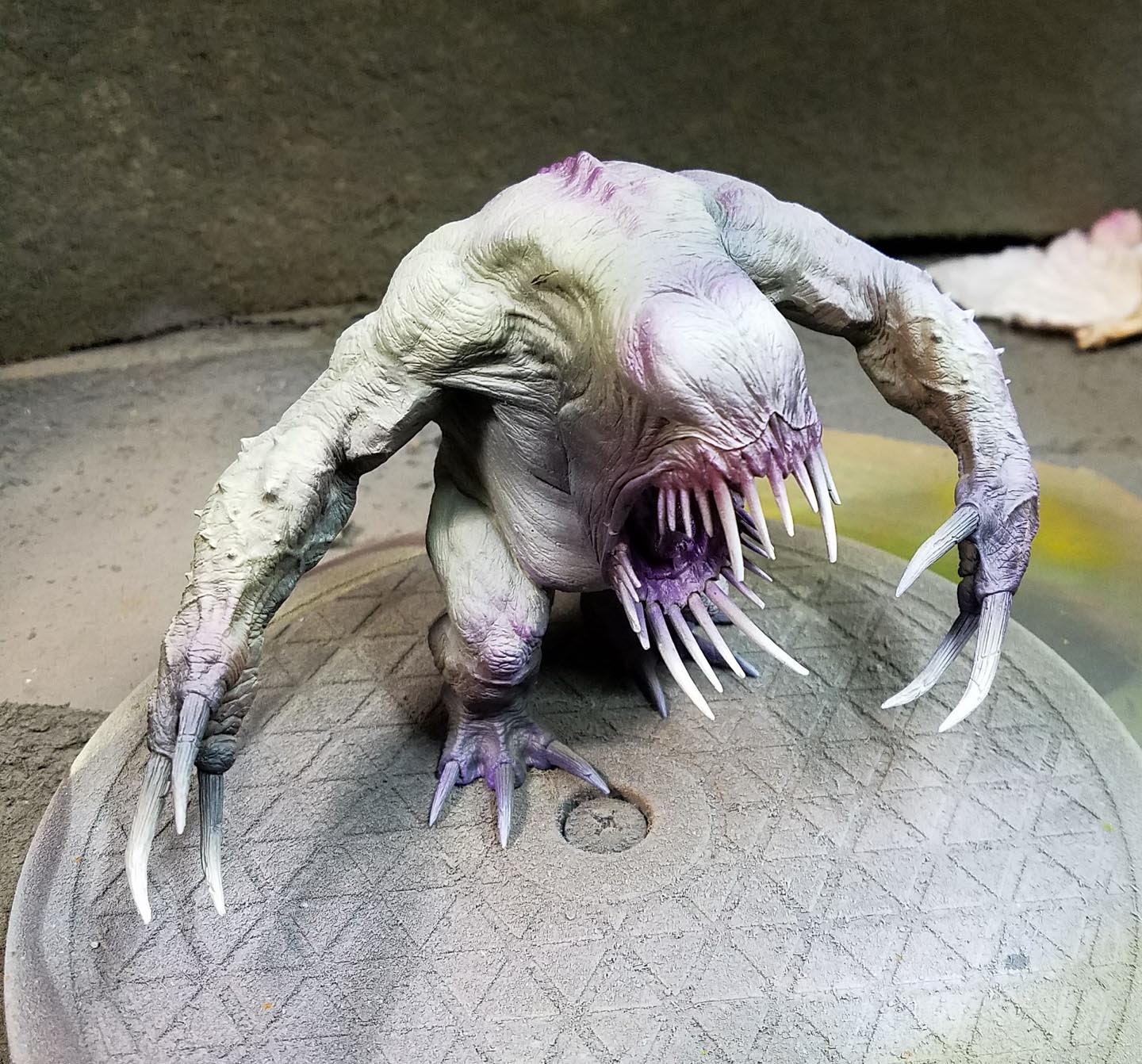 One of the reasons why I did not use the airbrush in more of a traditional method was the time it would take to mask off areas.  It just was not worth the time to screw around with that, when I could paint the same kinds of things with my brushes, acrylics and oils.

Even with the lower pressures, there are just some occasions where the only way to get the result you want is to mask off certain areas.  There were several on this big guy from Mierce Miniatures.

The turntable he's standing on is about the size of a dinner plate, to give you an idea. 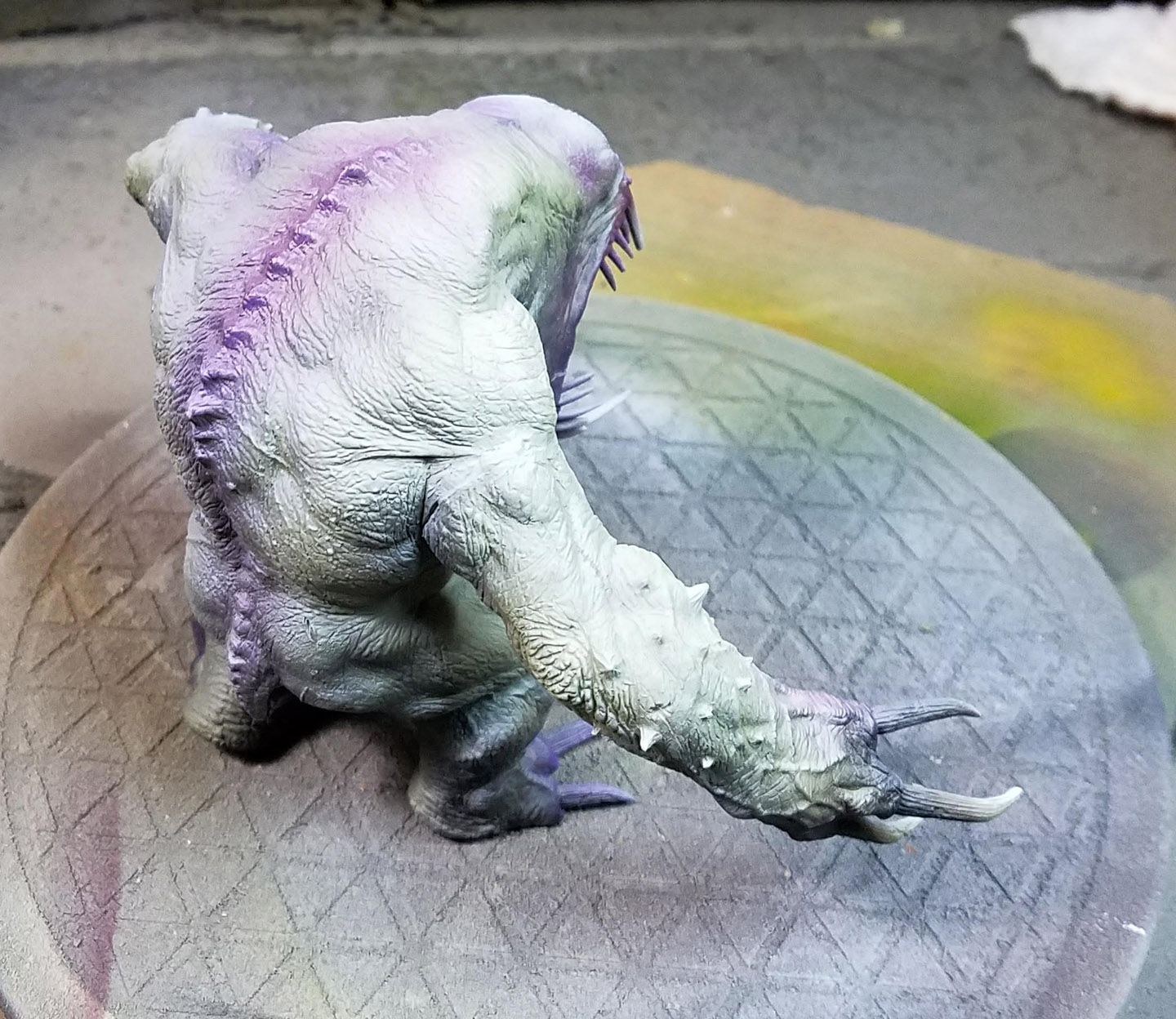 During one of my recent hangouts on the Styrene Syndicate, Gil and the guys told me all about something called Parafilm, which is easily available on Amazon.

In effect, it is like super Saran Wrap (or cling film in the UK).  You can cut off pieces of the "tape", which has a slight stick to it.  Once it is stretched out over an area as you see here, it has the Saran Wrap effect, and holds tight enough to get the job done quickly.

I have not tried it on vehicles to do camo yet, or anything super precise.  In fact, that is not what I needed it for.  What I wanted was a way to "bulk mask" areas to that I could do things like the teeth, or even the inside of the mouth, very quickly. 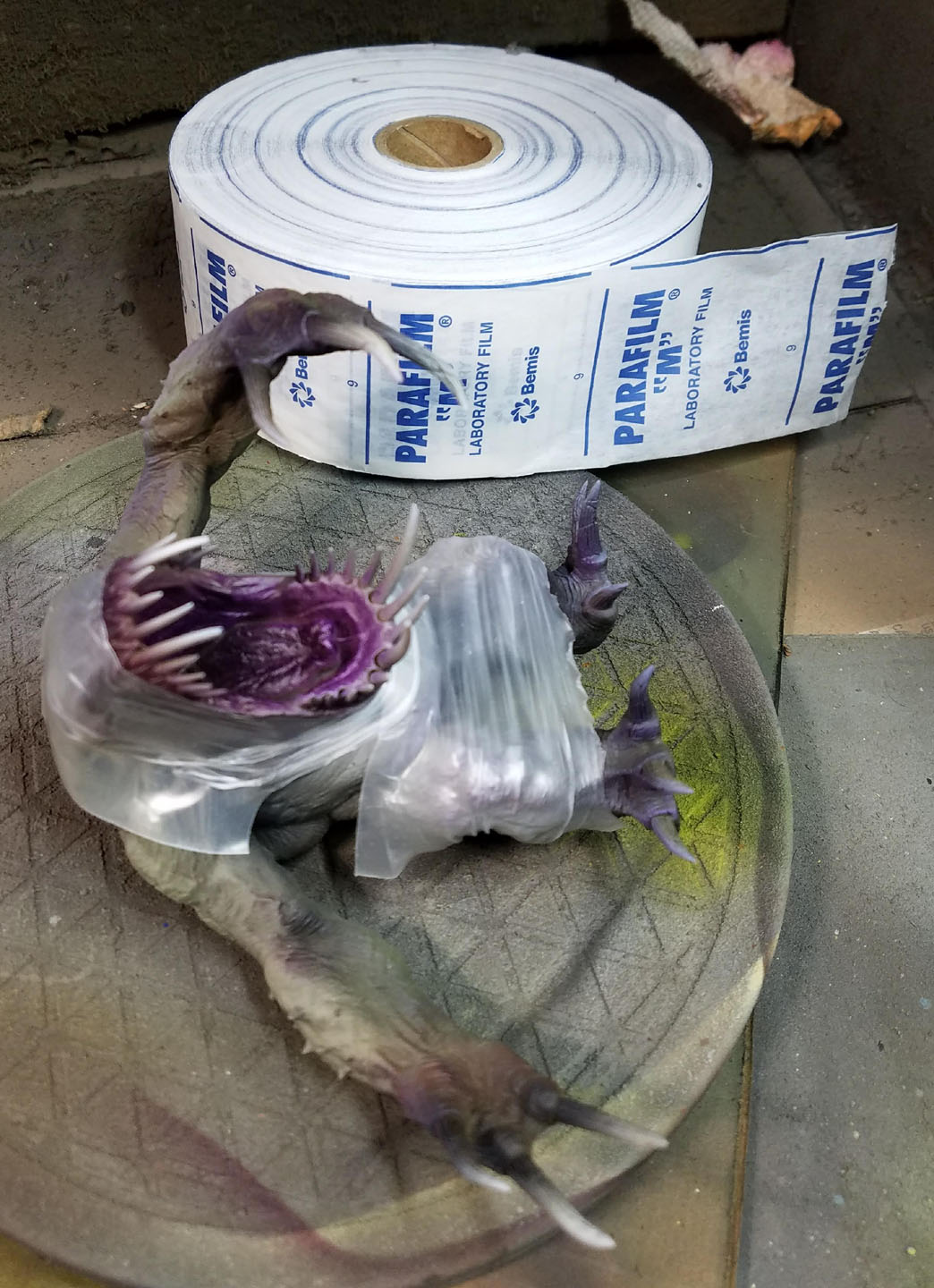 It only took a few minutes to get all these masks in place, which would have been much harder with the blue tac which I had been using. 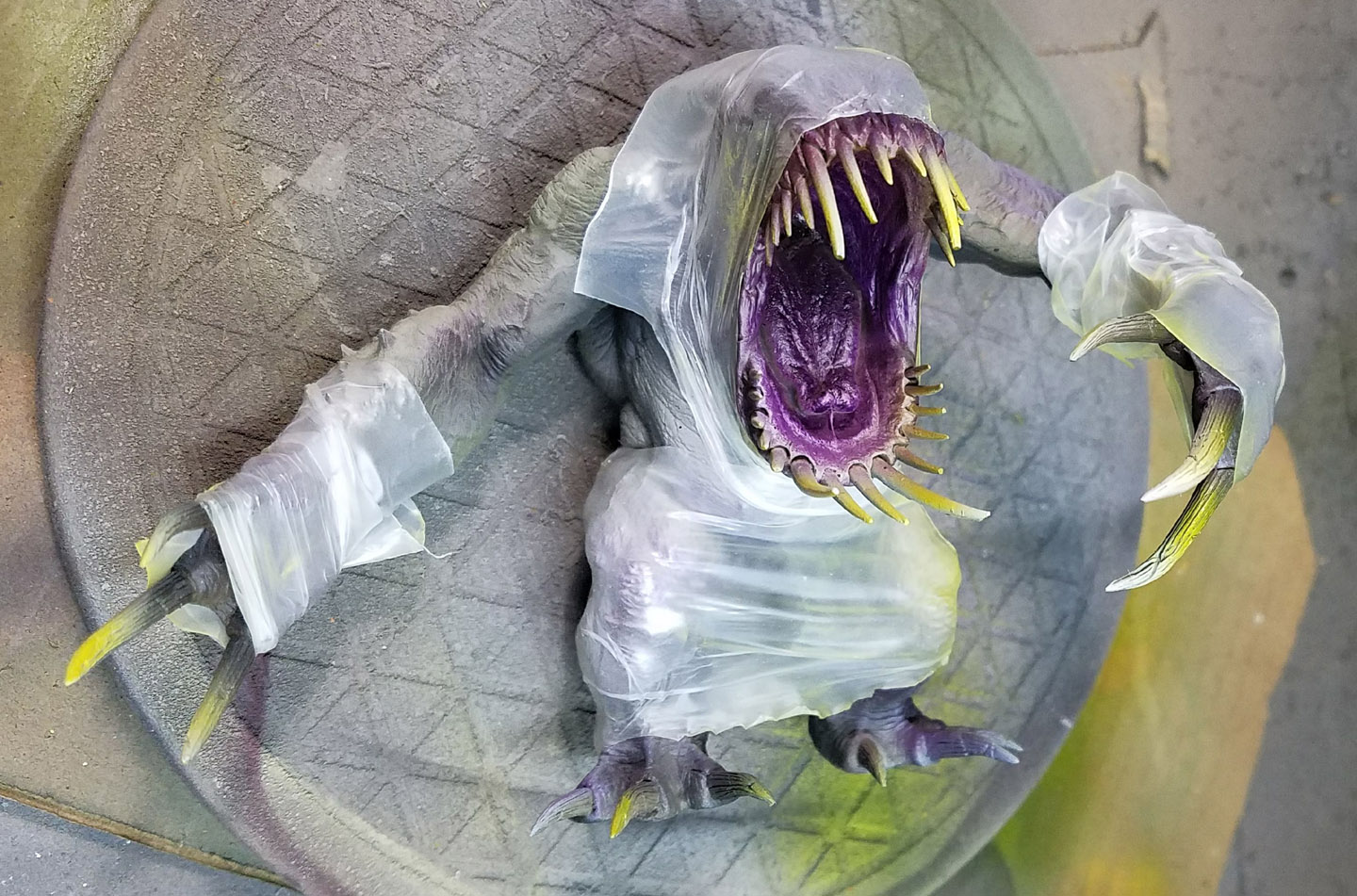 In the past, I would not have bothered to try and paint the teeth or the inside of the mouth with the airbrush.  Even now, I will still be painting over a good portion of all of this with glazes, etc. 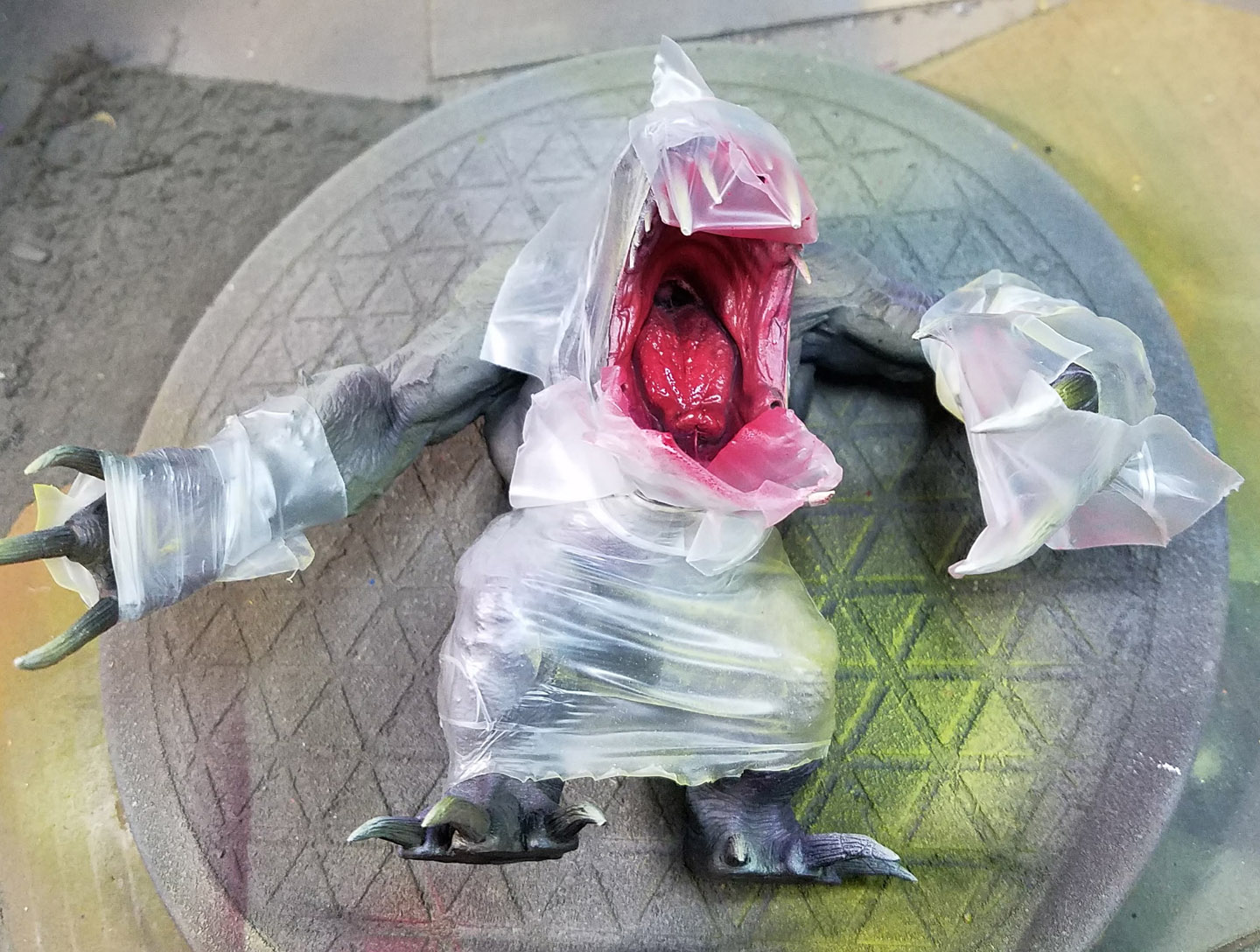 But, I have a lot of the Minitare Badger paints, especially some brighter colors that I have not exhausted on terrain pieces!

Another reason I like this new use of the airbrush is that I can try out some color schemes on the fly, and change them very rapidly if they are not what I wanted.  That would be much more involved if I were doing this huge figure with only a brush. 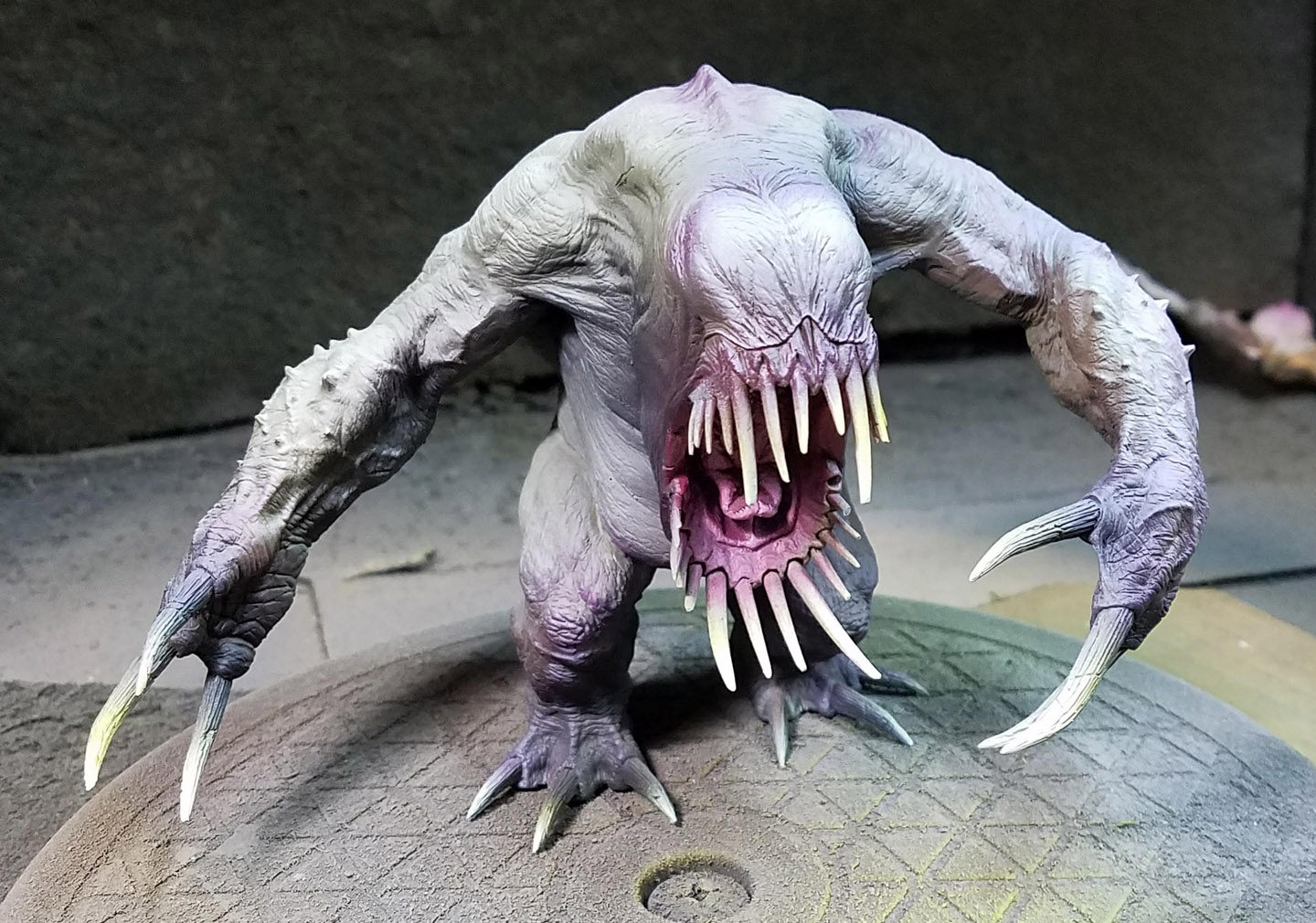 I hope that this gives you a new idea to think about, as the guys did for me!  Many thanks to the folks who do the Styrene Syndicate hangouts.  I learn something new every time!

Many thanks to Gil who brought this up when I broached the topic, and pointed me in the right direction! 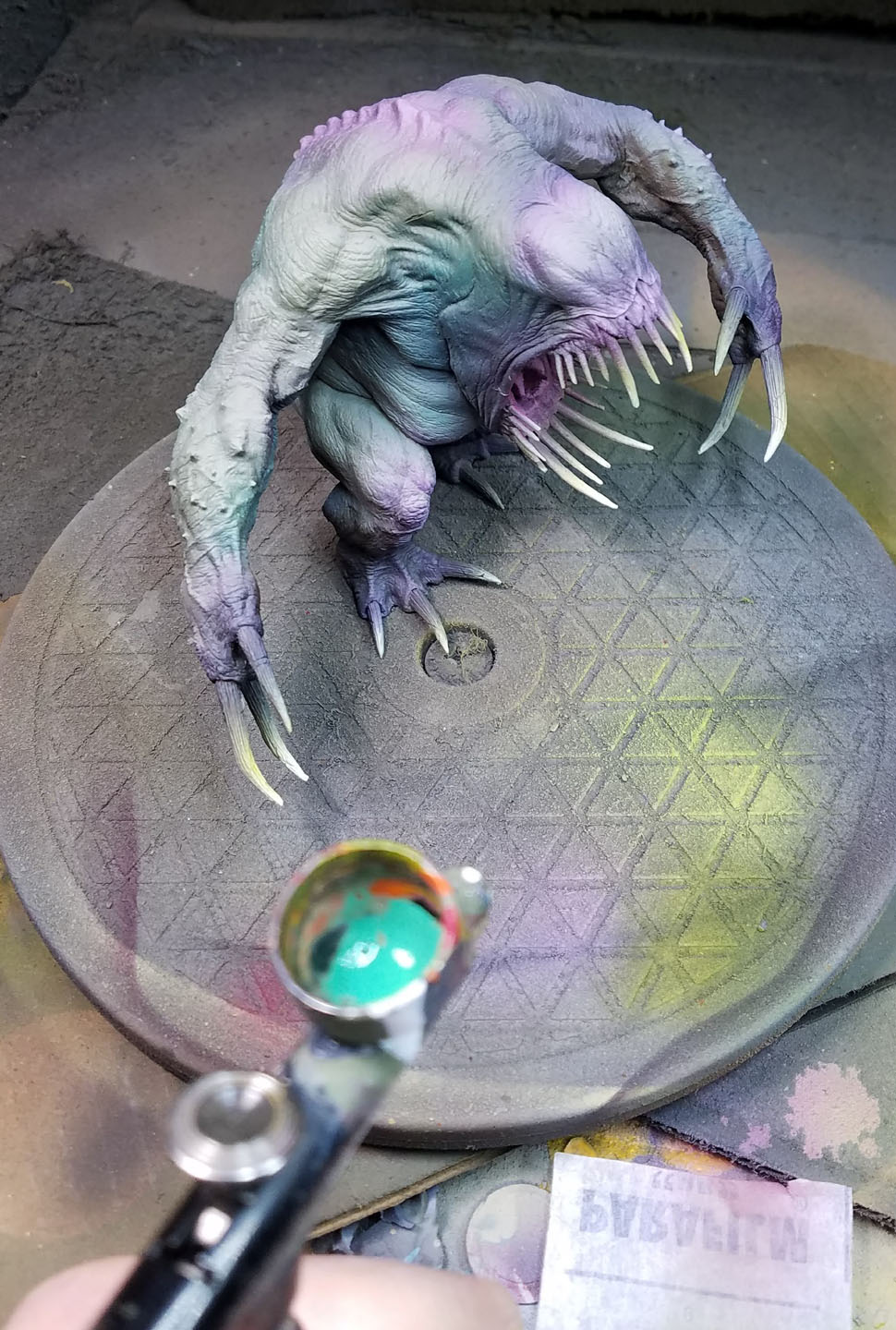