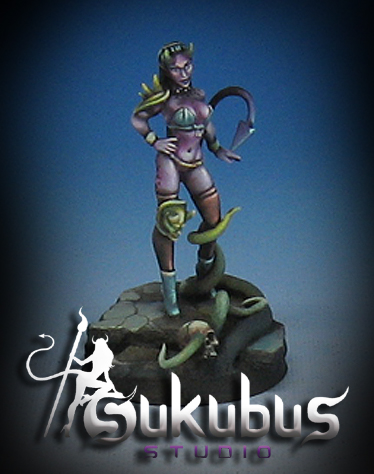 We're back with Sukubus Studios again, and the Demonette team.

I have already done a few unboxing posts on these ladies, as well as a painting post.  They were fantastic sculpts, and very easy to prep!!  Also, the figures have been pretty resilient, despite the dainty apprearance.

I thought that I would make the bases a little more elaborate than just static grass, adding some skulls and tentacles to the broken stone surface.

This team was part of their first campaign.  A second Norse style team was created with second round.

A third team is about to hit next year!  This will be amazing as well! 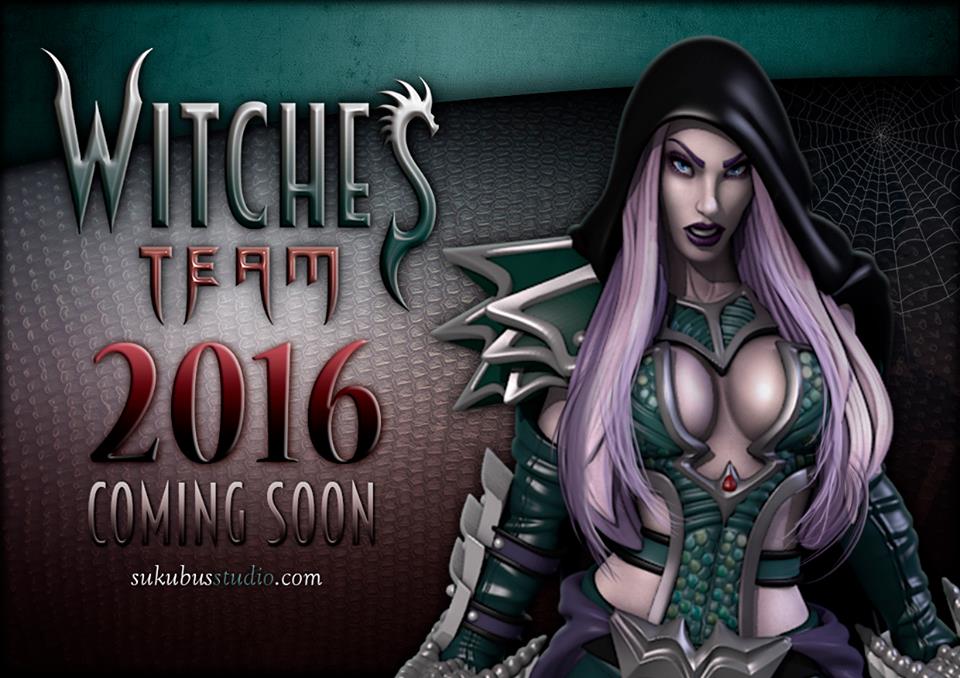 Posted by wappellious at 2:30 PM 2 comments: 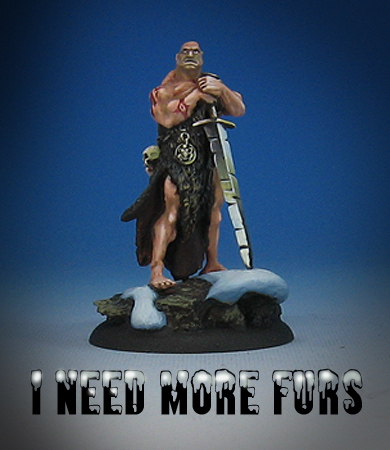 This Red Box Games barbarian is another part of the big combination project.

As with all the other elements of the project, matching existing figures is essential, but I tried to put in as many muted greens and other shades as possible.

Having the fur cloak to play off was very handy in the effort to put in the contrasting colors in the skin shadow areas.

Posted by wappellious at 2:31 AM No comments: