Heading out to sea... 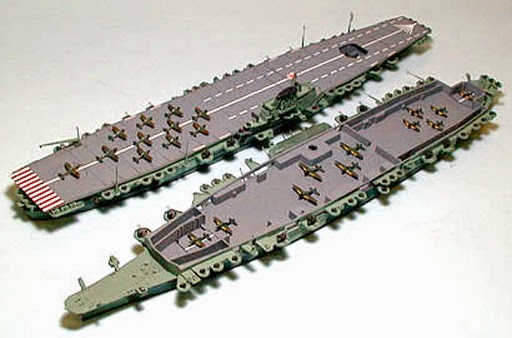 So, you have been waiting to see what this secret project is all about.

Well, this was a Christmas gift from my Brother-in-Law, who knew that I wanted to attempt some waterline model ship dioramas.  I had also discussed with him my dilemmas over the various scale possibilities.

I had a feeling that 1/700 would eventually be the way to go for my own 'before and after' USS West Virginia project, but this is an interesting test piece! 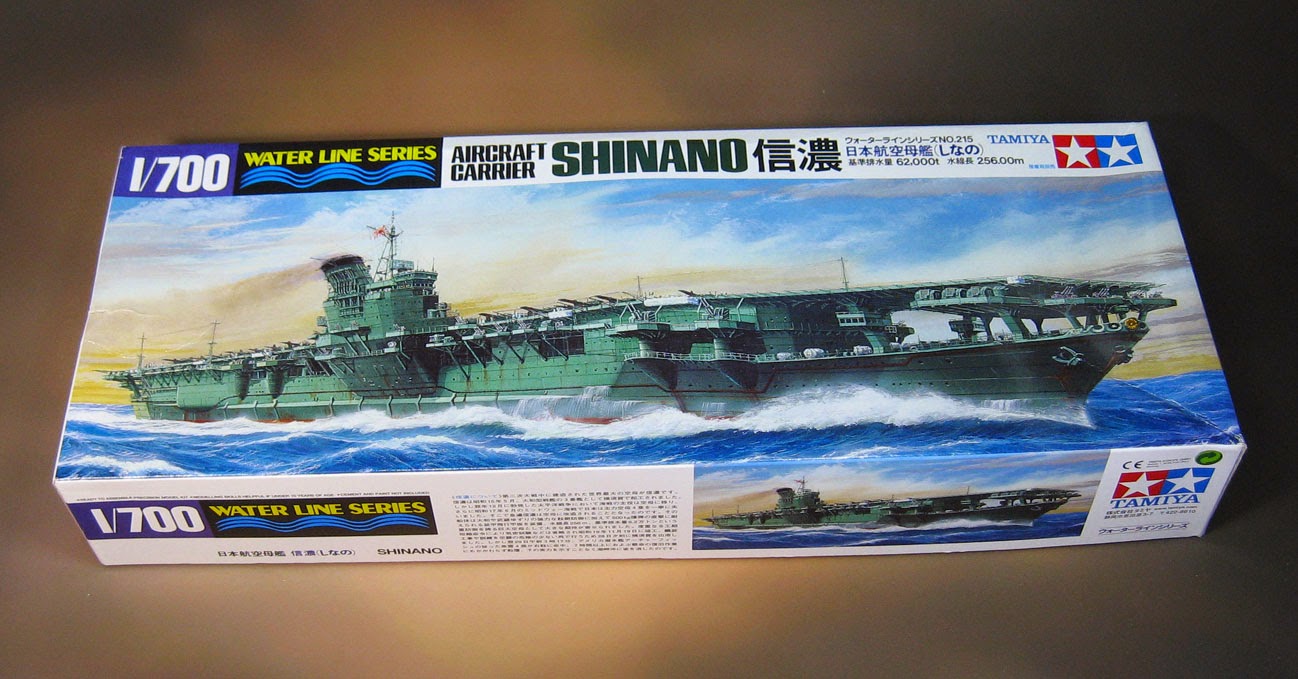 These next few images show some of the parts.  There are actually fewer than I expected. 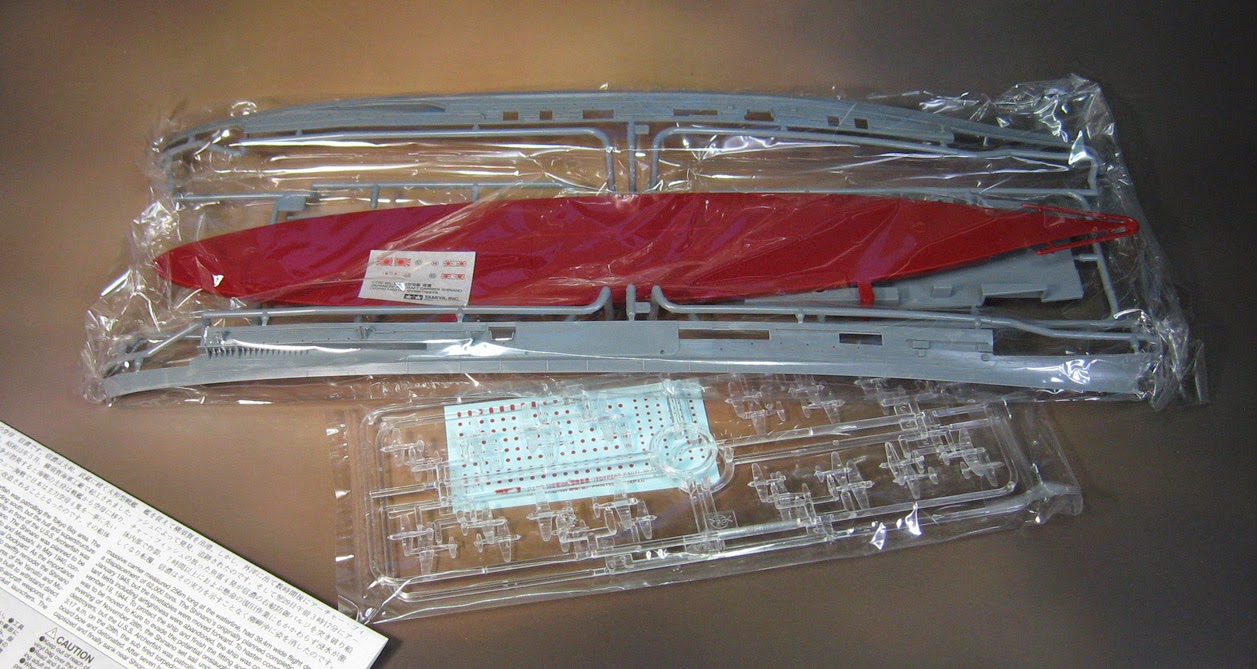 These pieces will be difficult to prep in terms of mould lines without breaking them!  I will also have to apply glue with needles, in all likelihood.

Mike was also kind enough to snag some extra aircraft for the hangar deck!  Lots of variety in these booster packs! 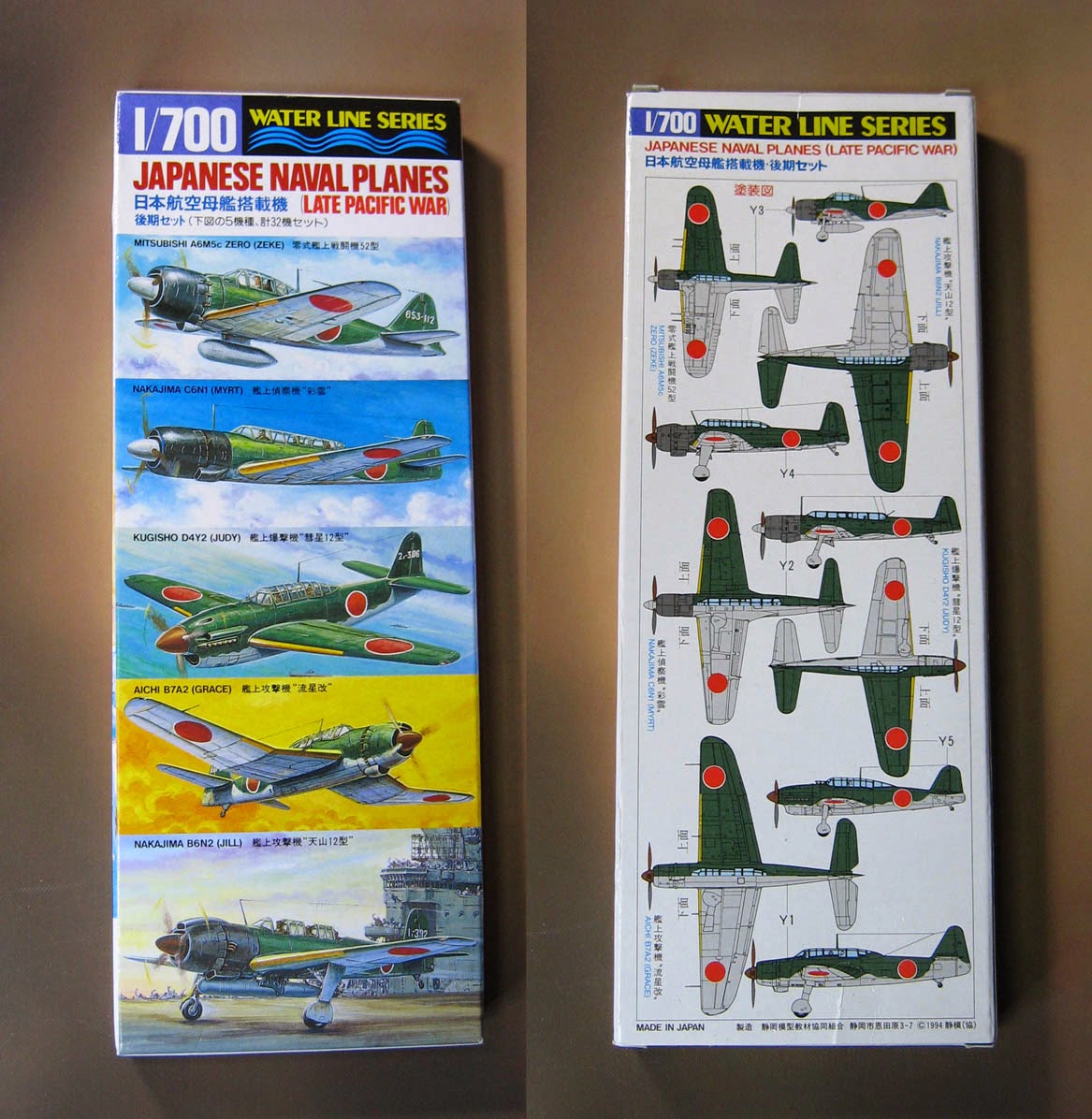 They are very tiny, as you can imagine! 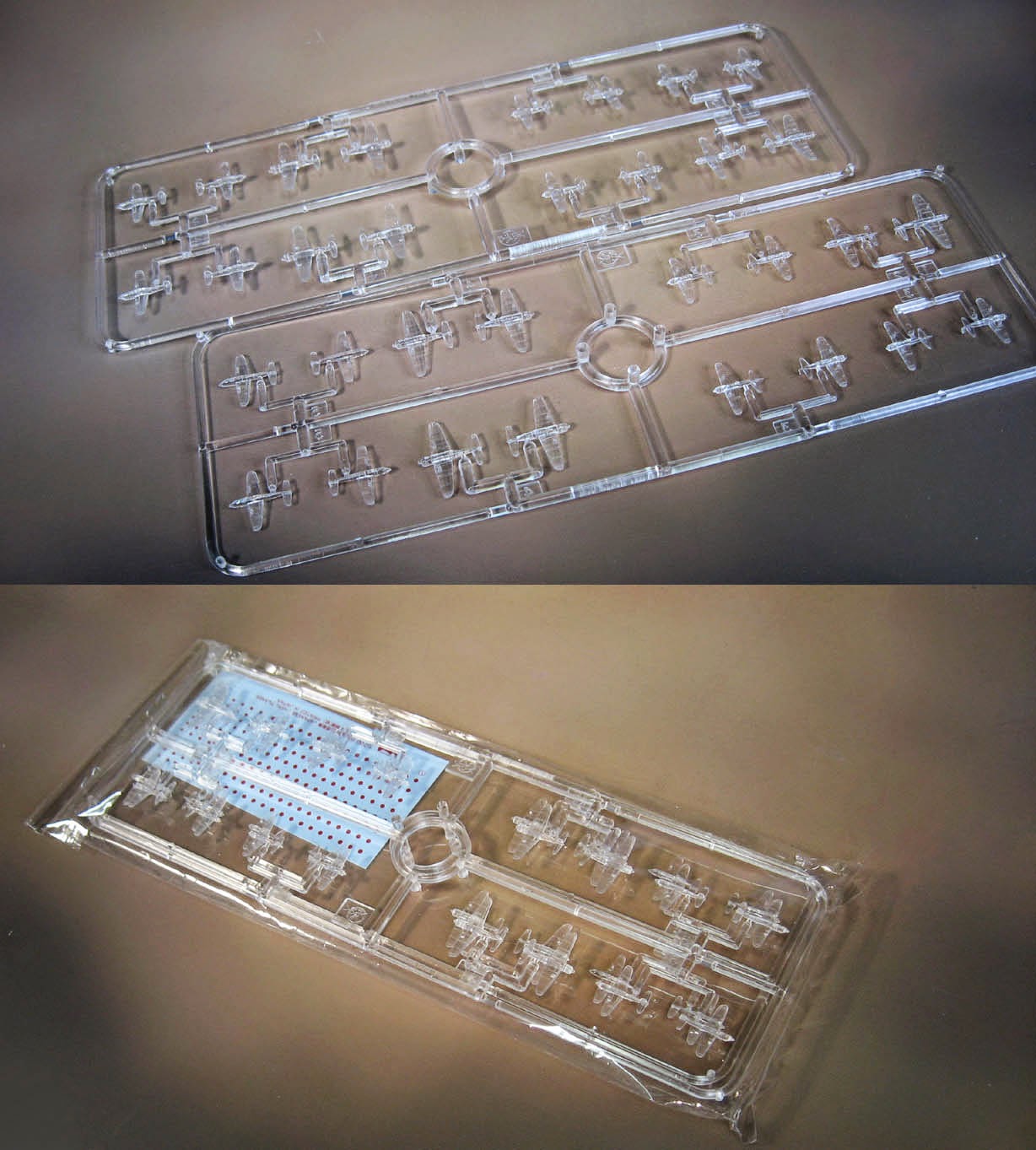 This will be an interesting color scheme.  I did not expect a green camoflague scheme at all. This was done to mimic merchant ships, and to disguise its true scale.

Ironically, this was meant to fool submarines.  It was a submarine which sank her in late 1944.

There is also no red dot on the flight deck, as the Battle of Midway showed that such a marking is little more than a "Hit it Here!" bull's eye.

Another illustration of the color scheme.

This ship was originally going to be completed as a Yamato style super battleship.  Needs dictated otherwise, and the Shinano was converted into a large carrier.

This image shows how I want to display this waterline vessel.  I am really looking forward to the challenge! 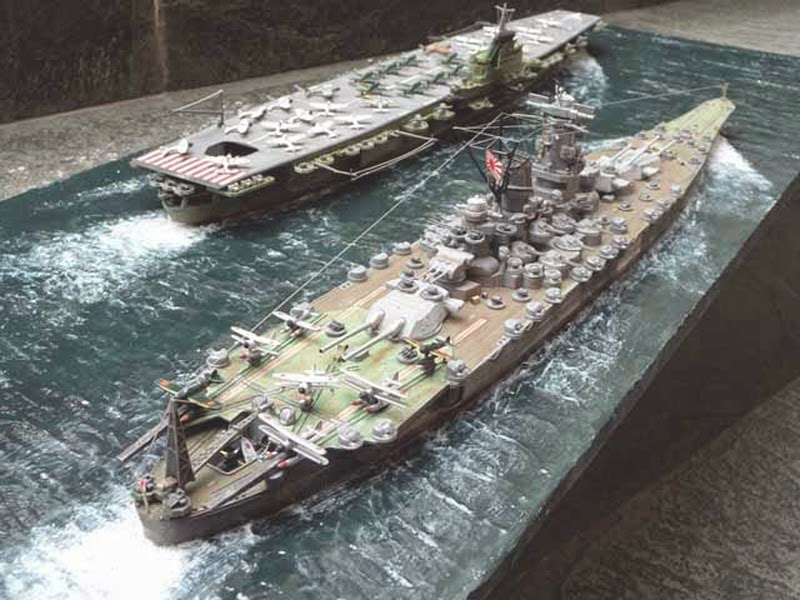 The War Gods are coming... 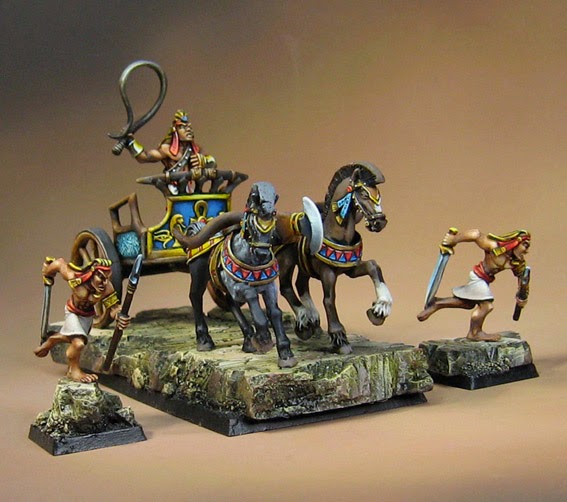 One of my favorite miniature lines to paint is from Crocodile Games.  This piece is from the War Gods of Aegyptus 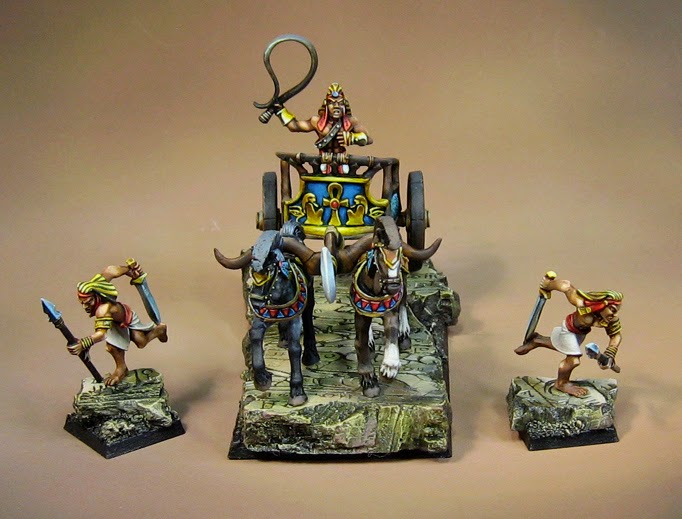 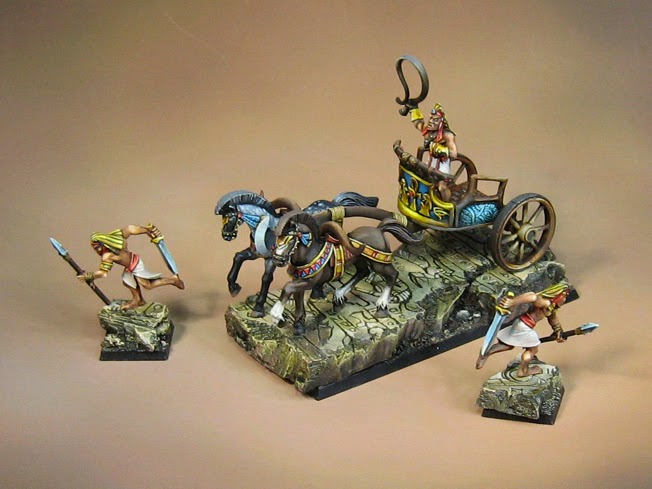 The sculpts are always consistent.  They are solid as well, easy to assemble, and sturdy once built. 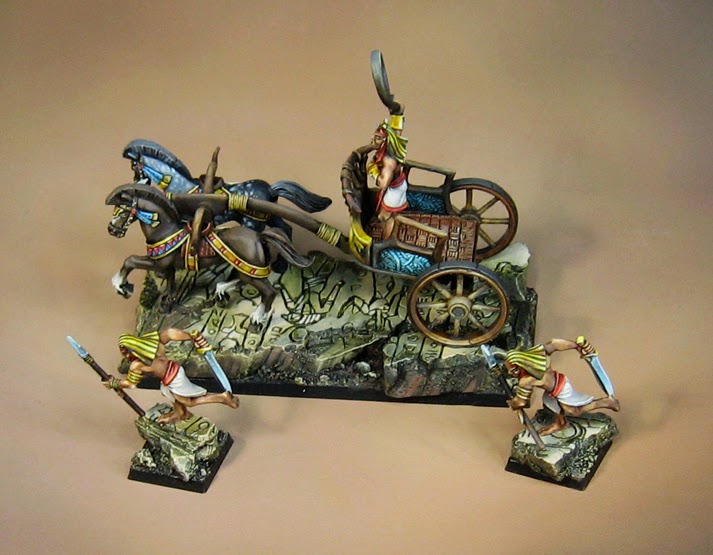 This means they have an excellent combination of paintability and durability.  That's rarer than you think in this industry! 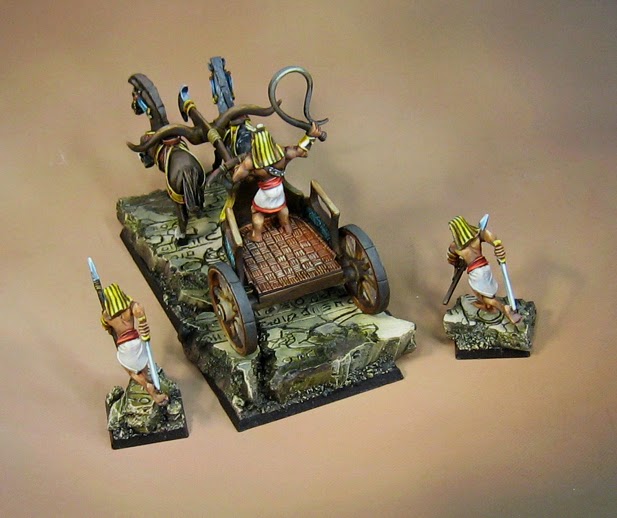 These are sculpted the "old fashioned way".  That is, green stuff and brown stuff.  By hand.  Yes... it still happens that way! 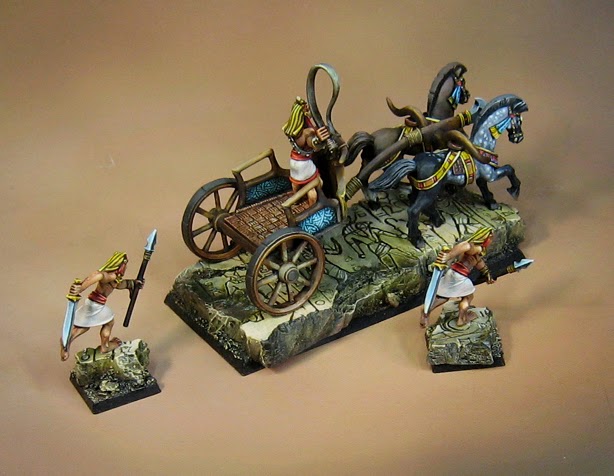 My only regret is that I don't have tons of these sitting around to paint! 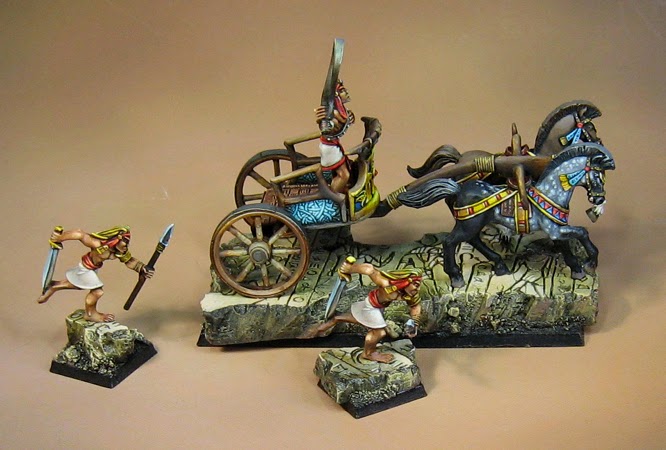 As far as this set goes, I felt that I needed to make a set of bases that did justice to the fine sculpting.

It required many hours of carving, but it was worth it!! 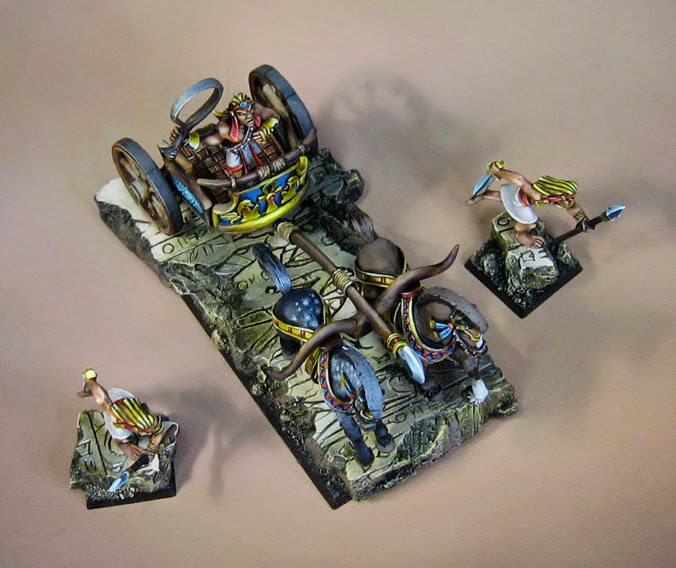 Hopefully I will be able to add many more pieces to this in the future. 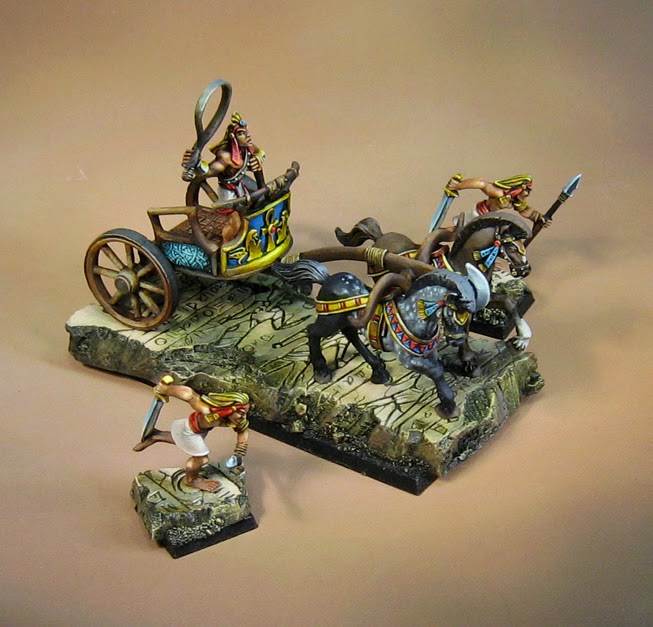 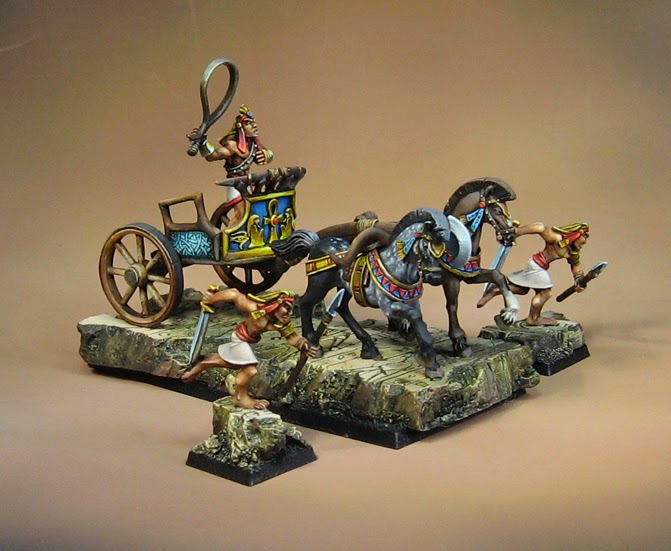 A sneak peek at an Adepticon project tomorrow!  Stay tuned! 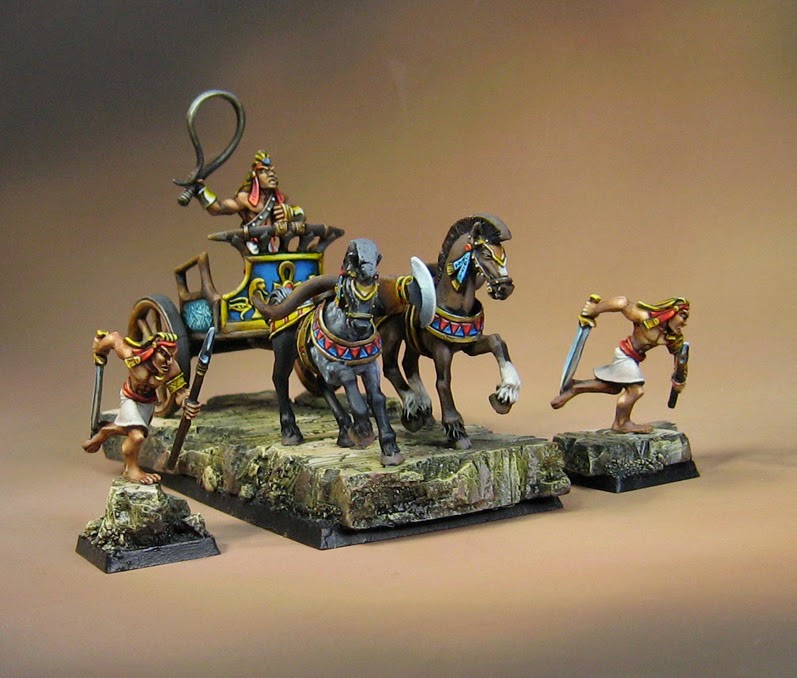