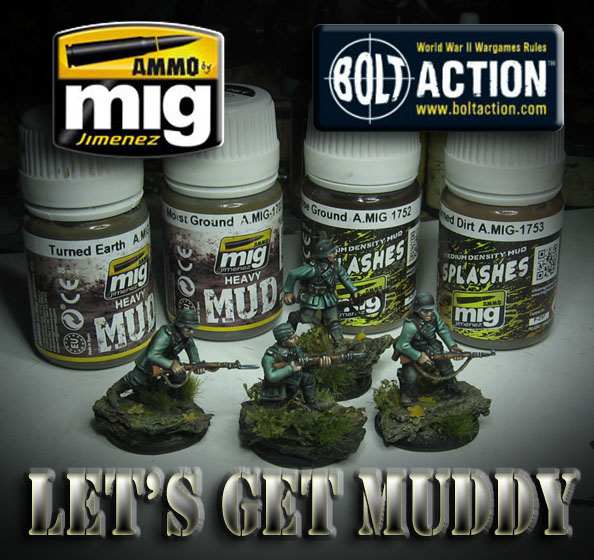 Ammo mud products are not just for tanks!  I have been using them on "regular" infantry style figures as well.  Here's a quick article that shows how I used the oil base paints on a few early war German Heer infantry. 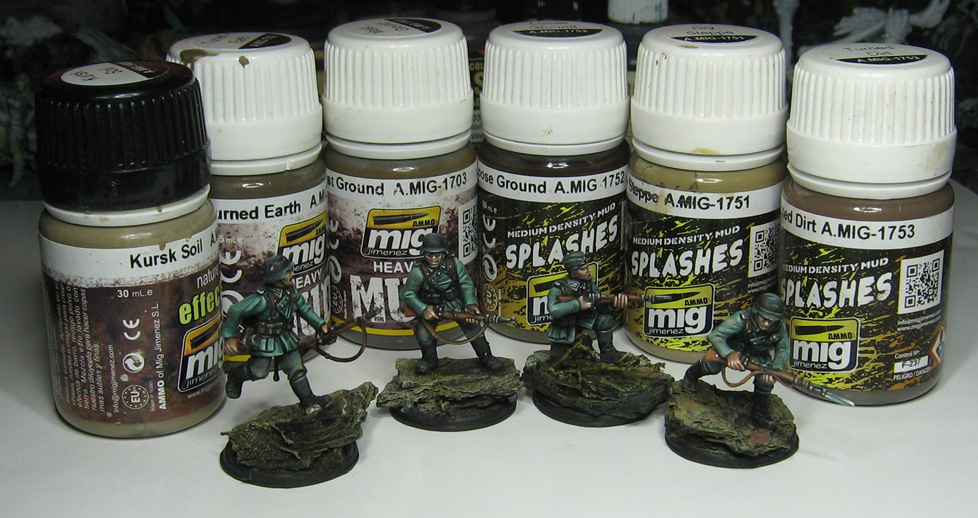 I started out with a lighter mud splash color, as dried mud tends to be lighter than fresh mud.  I have a regular stippling brush and a home made stippling brush that was made from one of my worn out #8 round craft brushes. 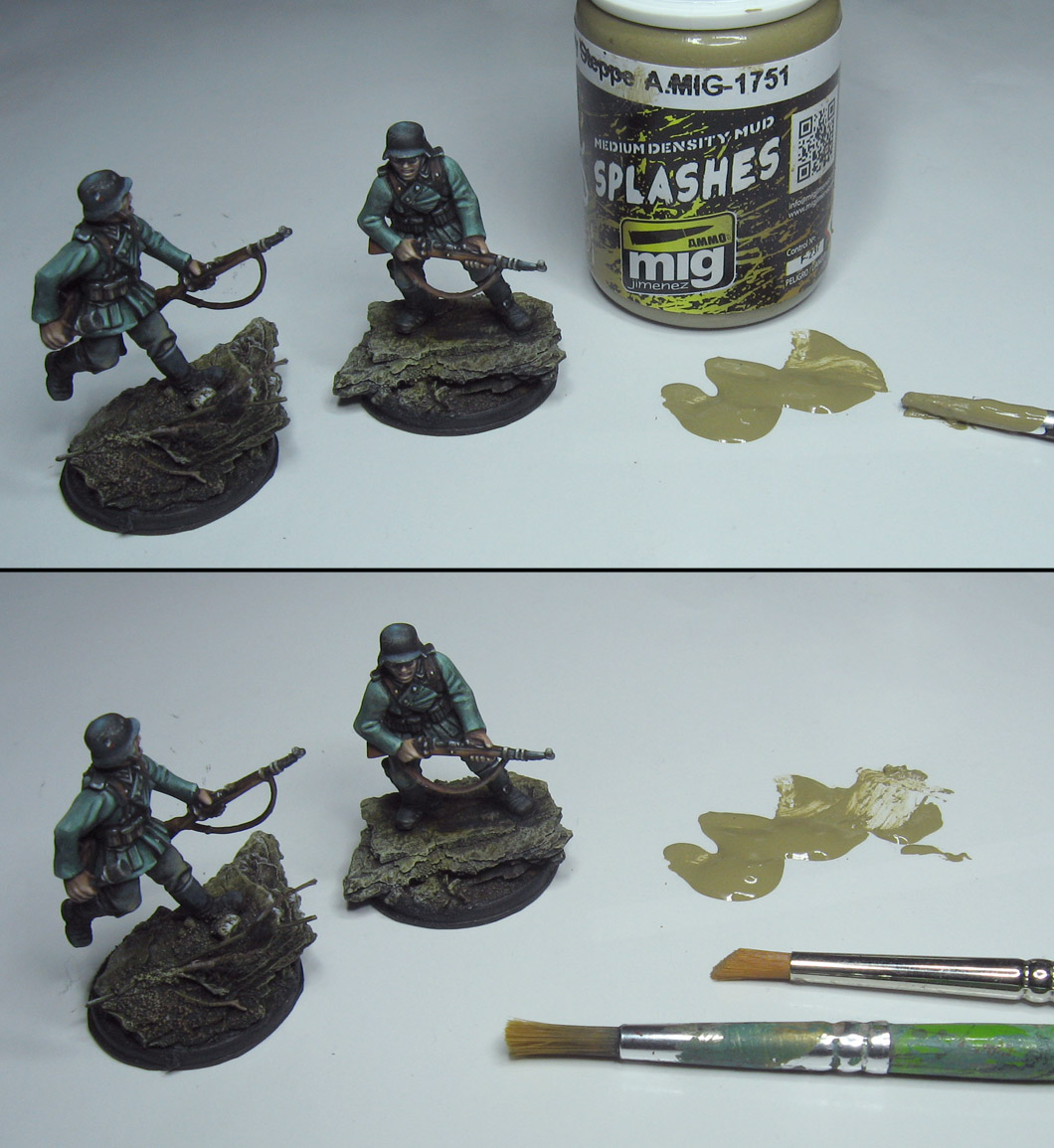 I did some test spatters on the palette, which also thinned down the spray before I applied that to the figure itself. 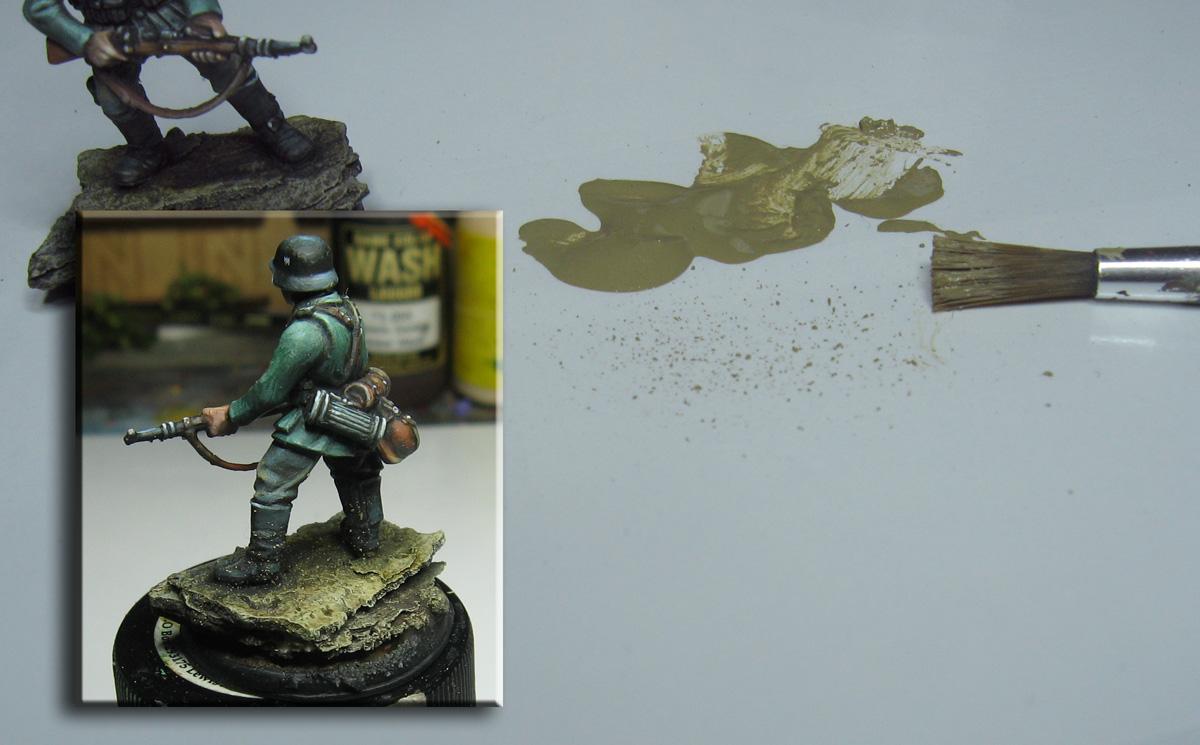 I tried to focus as much as possible on the boots, with less spatter above that line.  Also, since this is oil based, I will have time to smear these out a little, and even remove them entirely if I don't like the result!  This is one of the chief advantages that I have been enjoying with the Ammo products.

All four have been spattered, so I will go in and refine that application, smoothing out some spots that are too harsh or got into the wrong area. 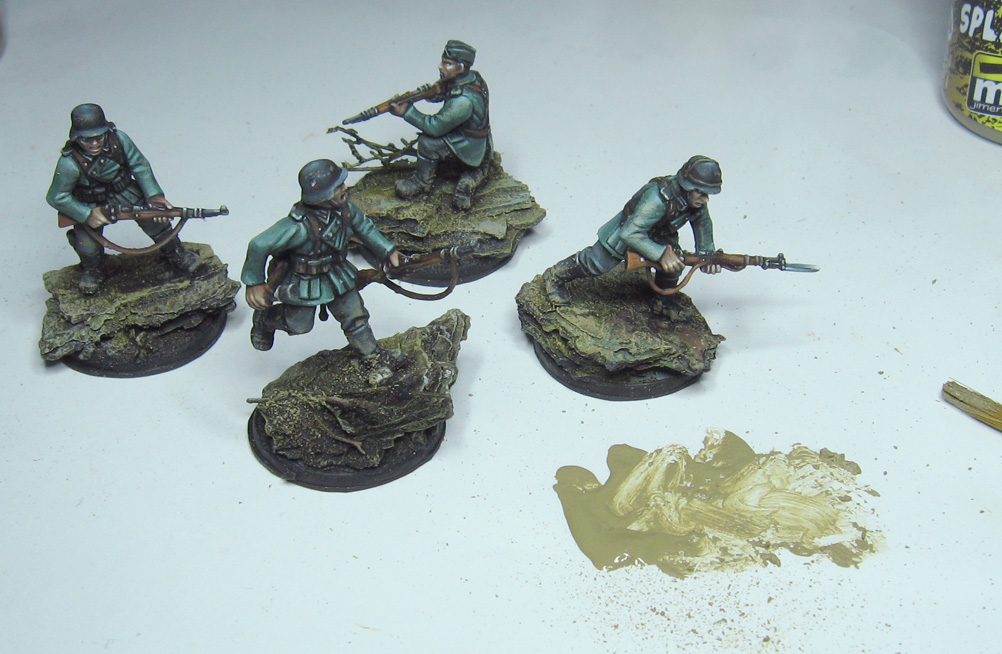 The heavier mud is next.  Take a look at the inset to see how thick this is!  You will have to stir it from time to time, but using it frequently also helps a lot. 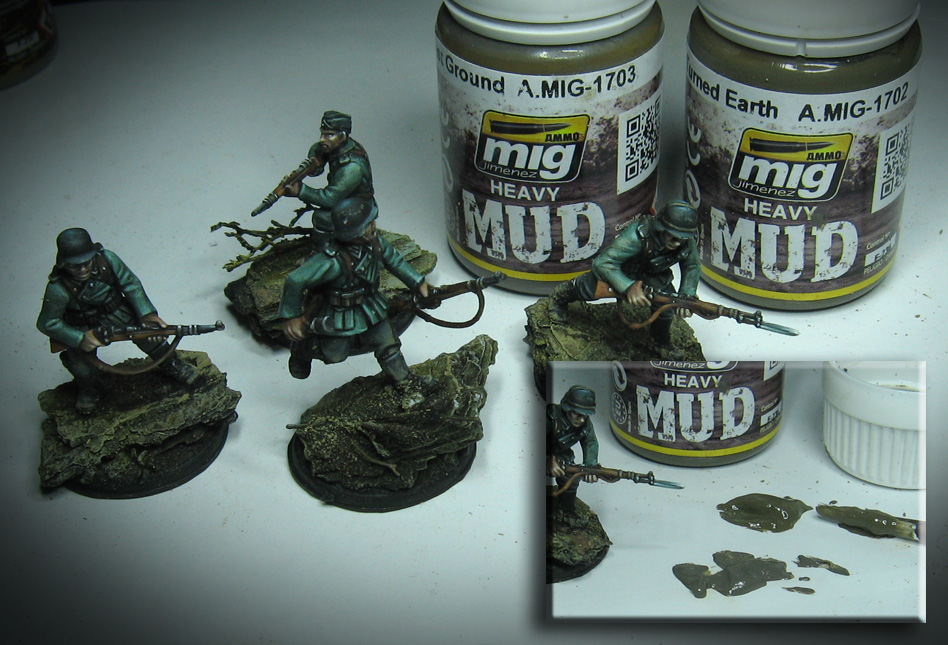 The heavy mud was not only for the figures... it was intended for the base as well.  This ties it to the figure, and gives one more interesting texture to the base. 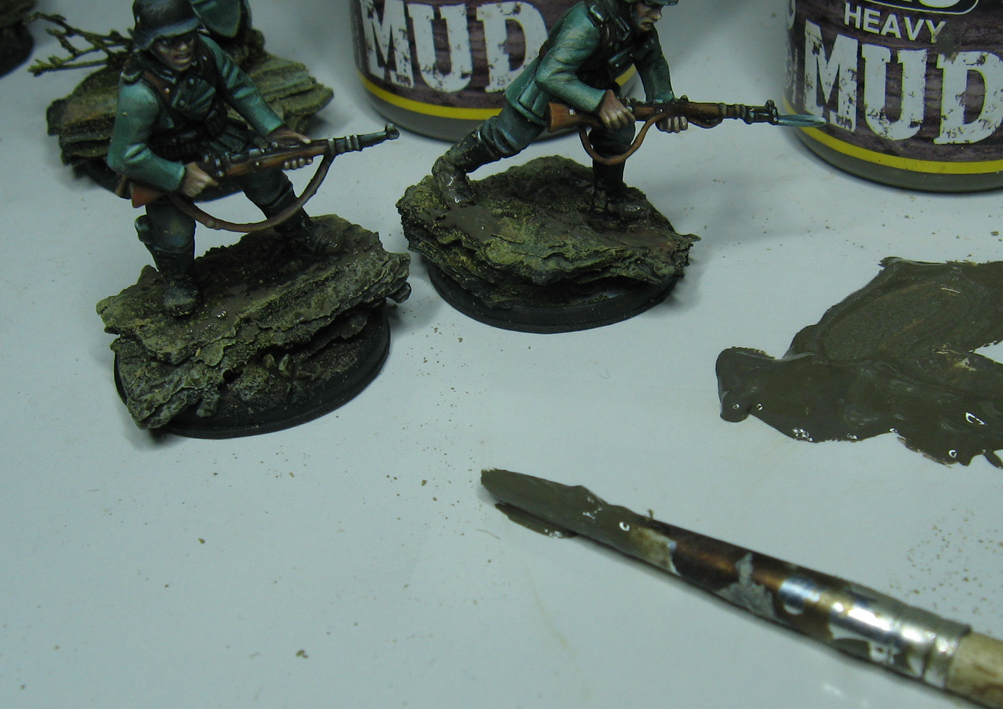 In some cases, I also applied it lightly to the clothes.  This can be very effective on kneeling or prone figures to make them look like they have been in their environment! 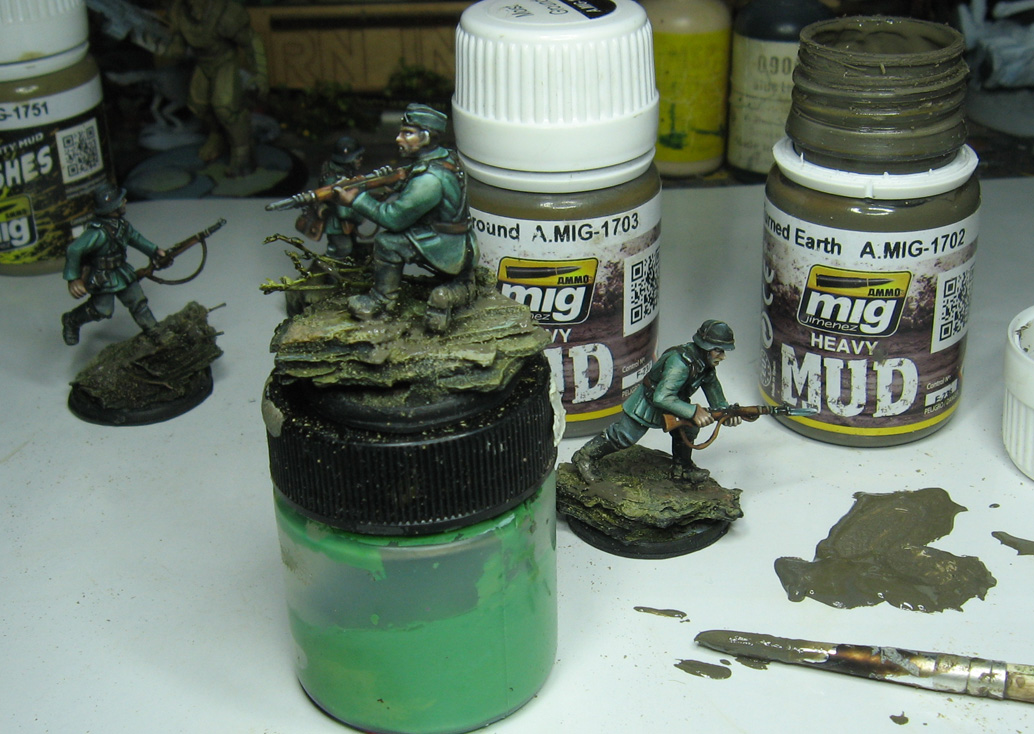 I had a few leaves left over from the Green Stuff World leaf punch experiment, so I added a few of those into the wet mud. 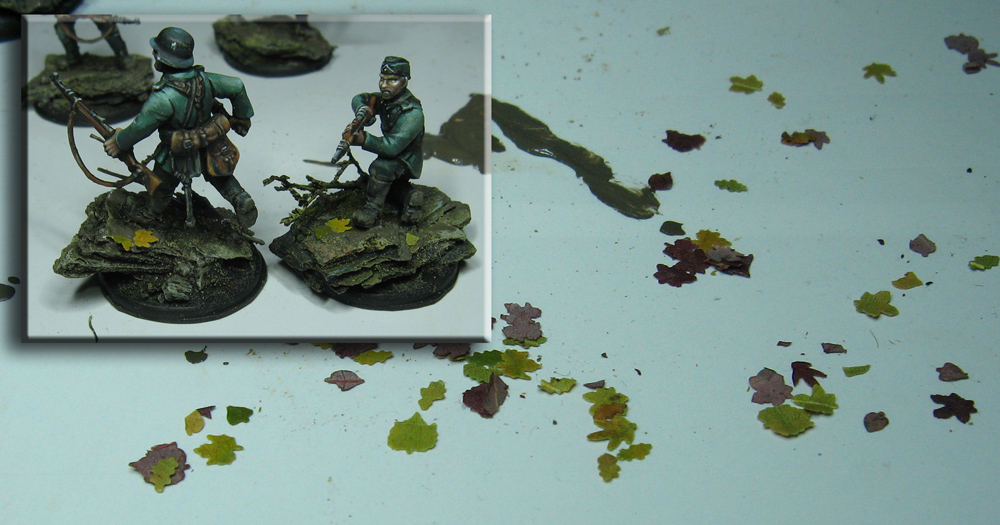 The leaves have been placed in areas where I won't be putting any kind of foliage, just to add a little color interest to the base.  I can add more of less if I want. 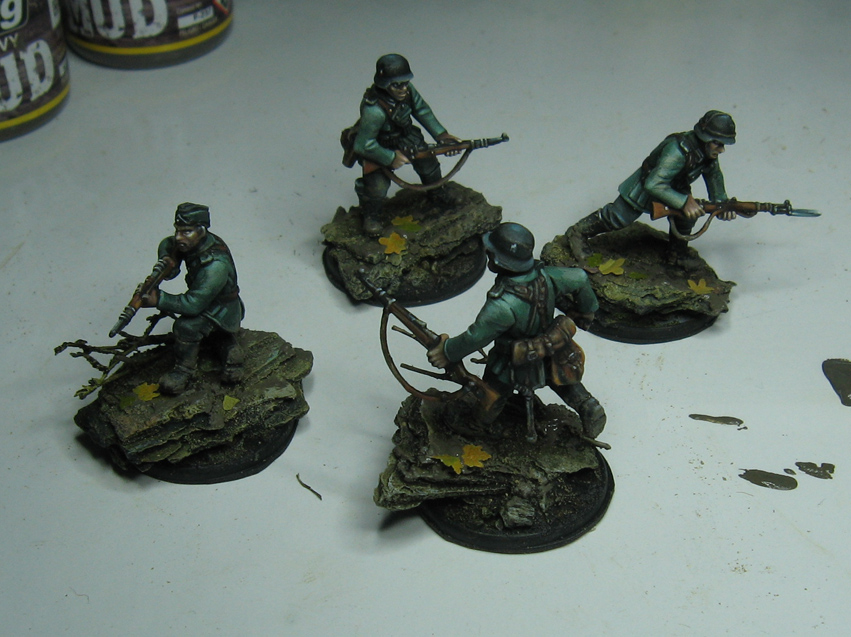 I have a few different foliage tufts, which are from Gamer's Grass (Kings Hobbies and Games.com). 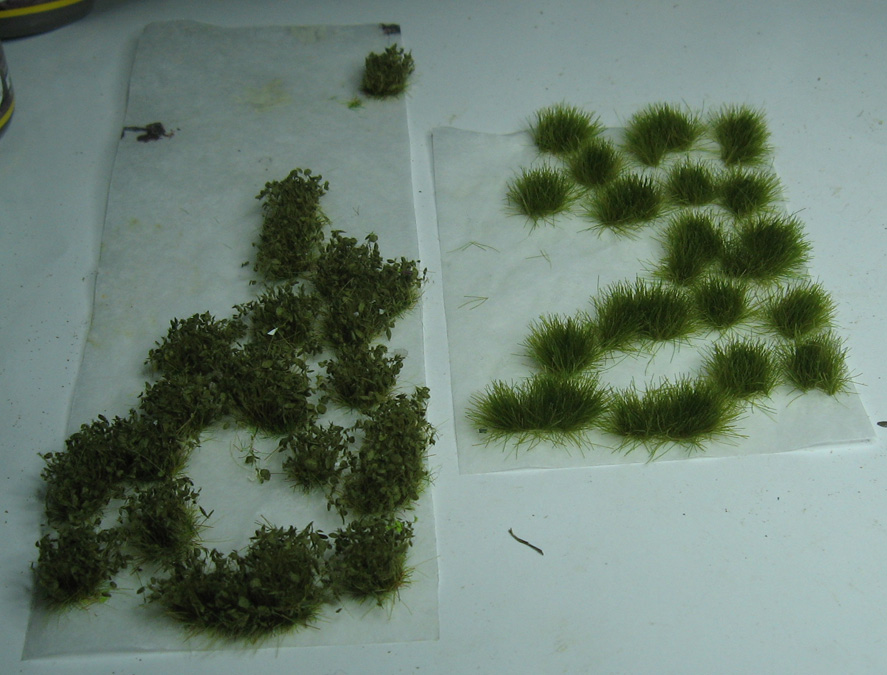 I really love the added dimension that the bush tufts add to a base!

When we are back from Reapercon, I will take the finished photos, and do several more articles on this subject.  Stay tuned!!! 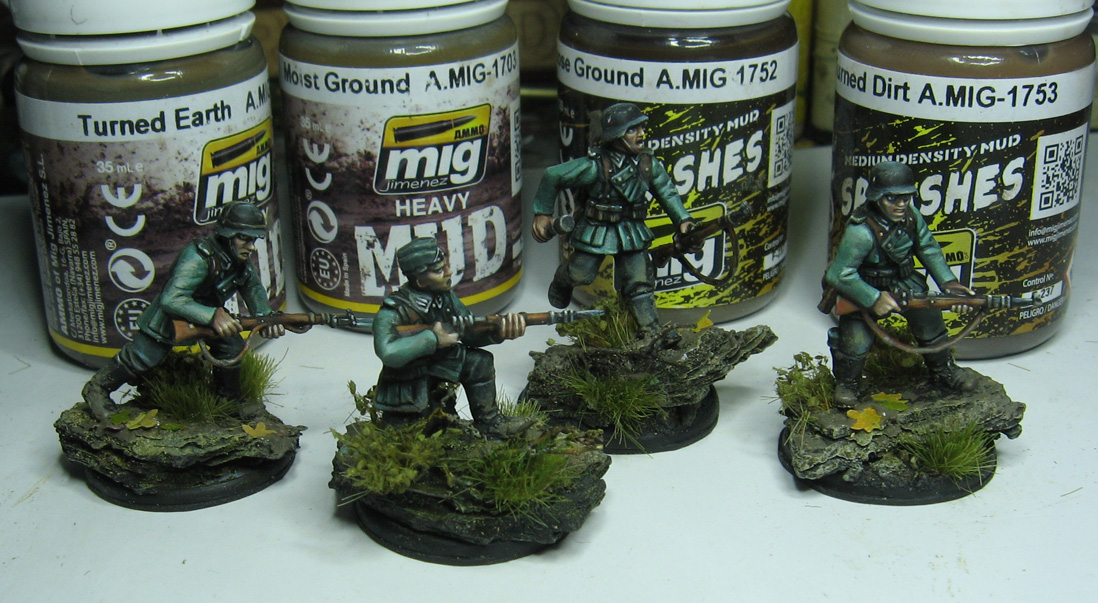 Posted by wappellious at 1:41 PM 3 comments: