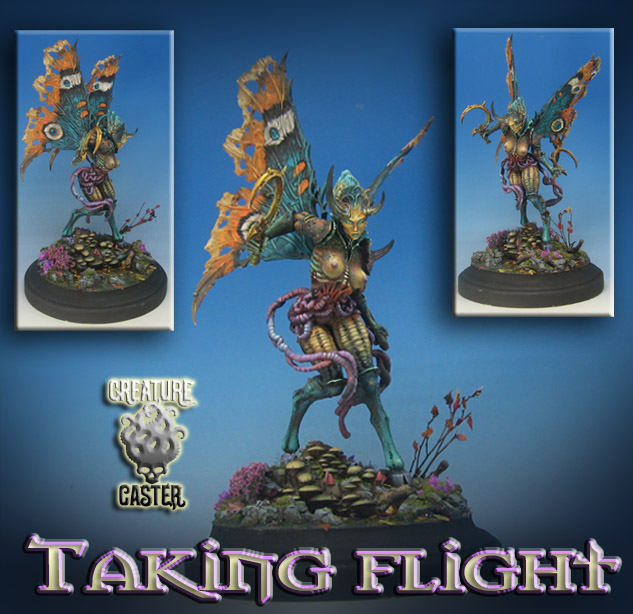 While I really love all the Creature Caster monsters, I had been looking forward to this one quite a bit.  The butterfly theme meant that I could do some nifty freehand on the wings and many other surfaces too! 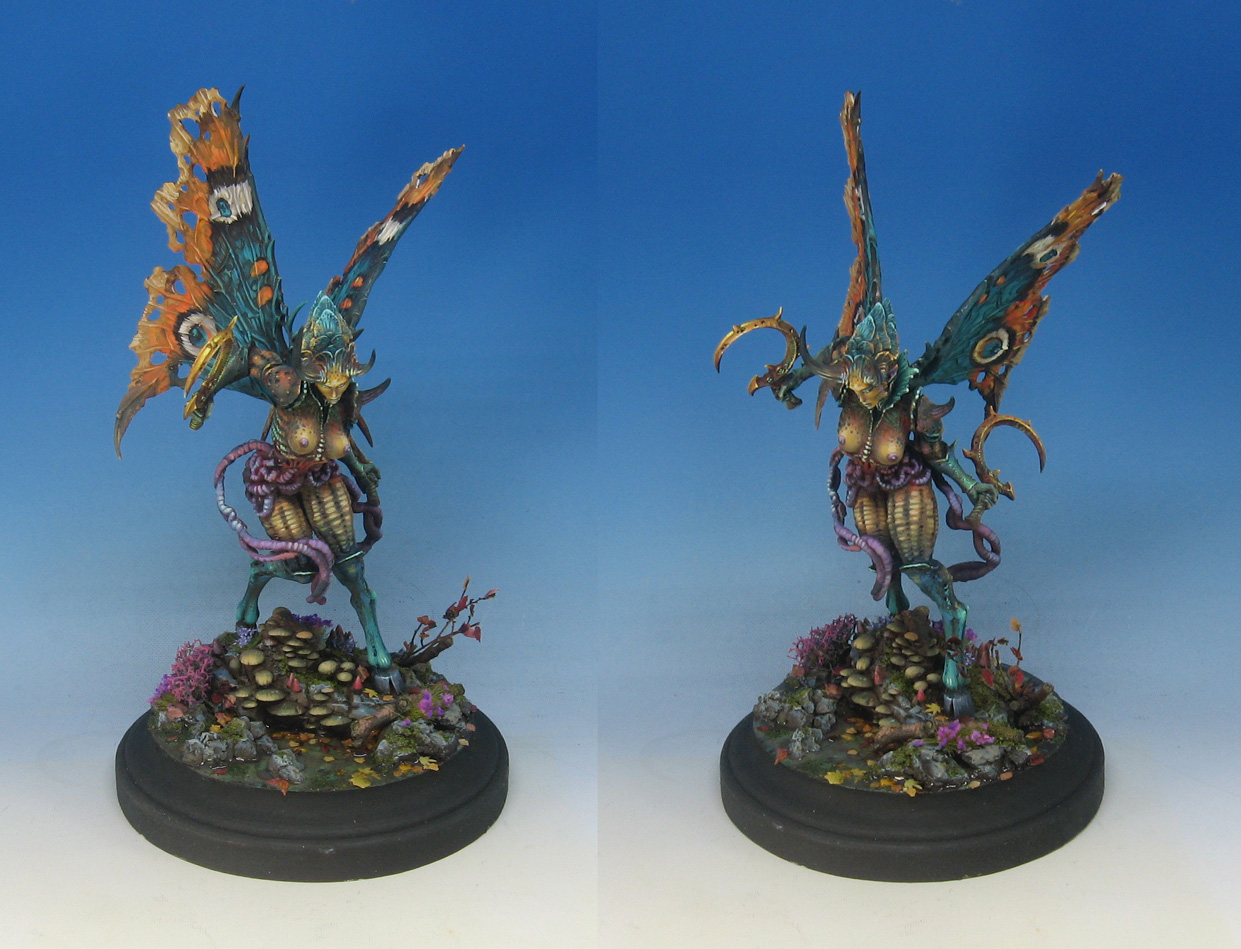 It also turned into a real color theory exercise, as I constantly showed how to "carry" a specific color across the entire miniature.  That is, if you have orange in one area, you should have at least a suggestion of that on other locations around the figure.

The teal color also needed to be brought from the wings, down through the figure and even into the base, along with the tans and even those purple/magenta tones! 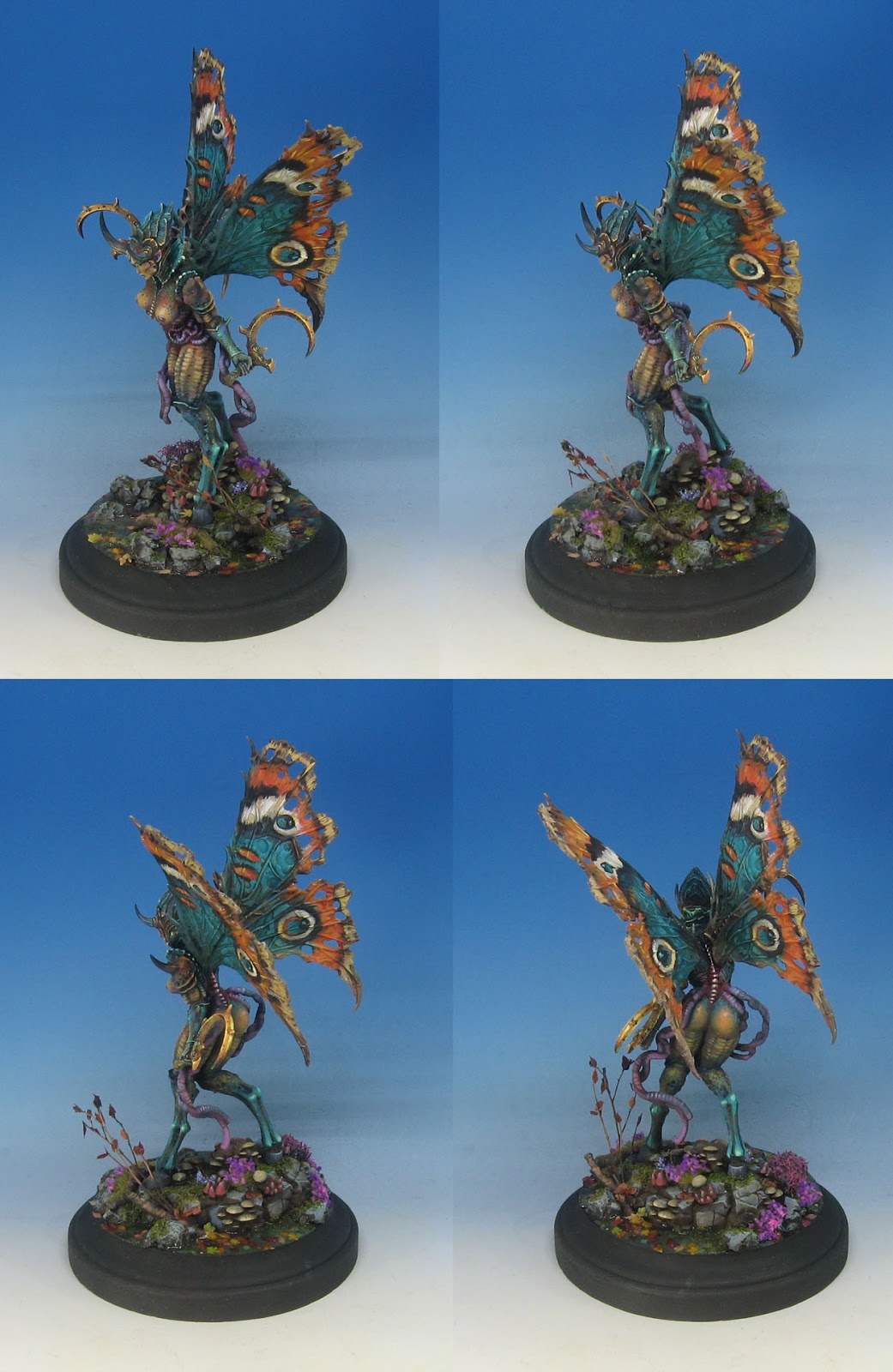 At a few points during the video, I turn off all the saturation, which leaves us with only the black and white value scale to show shape and dimension.  This is done to emphasize all the different forms of contrast that I mention so often during each of my tutorials. 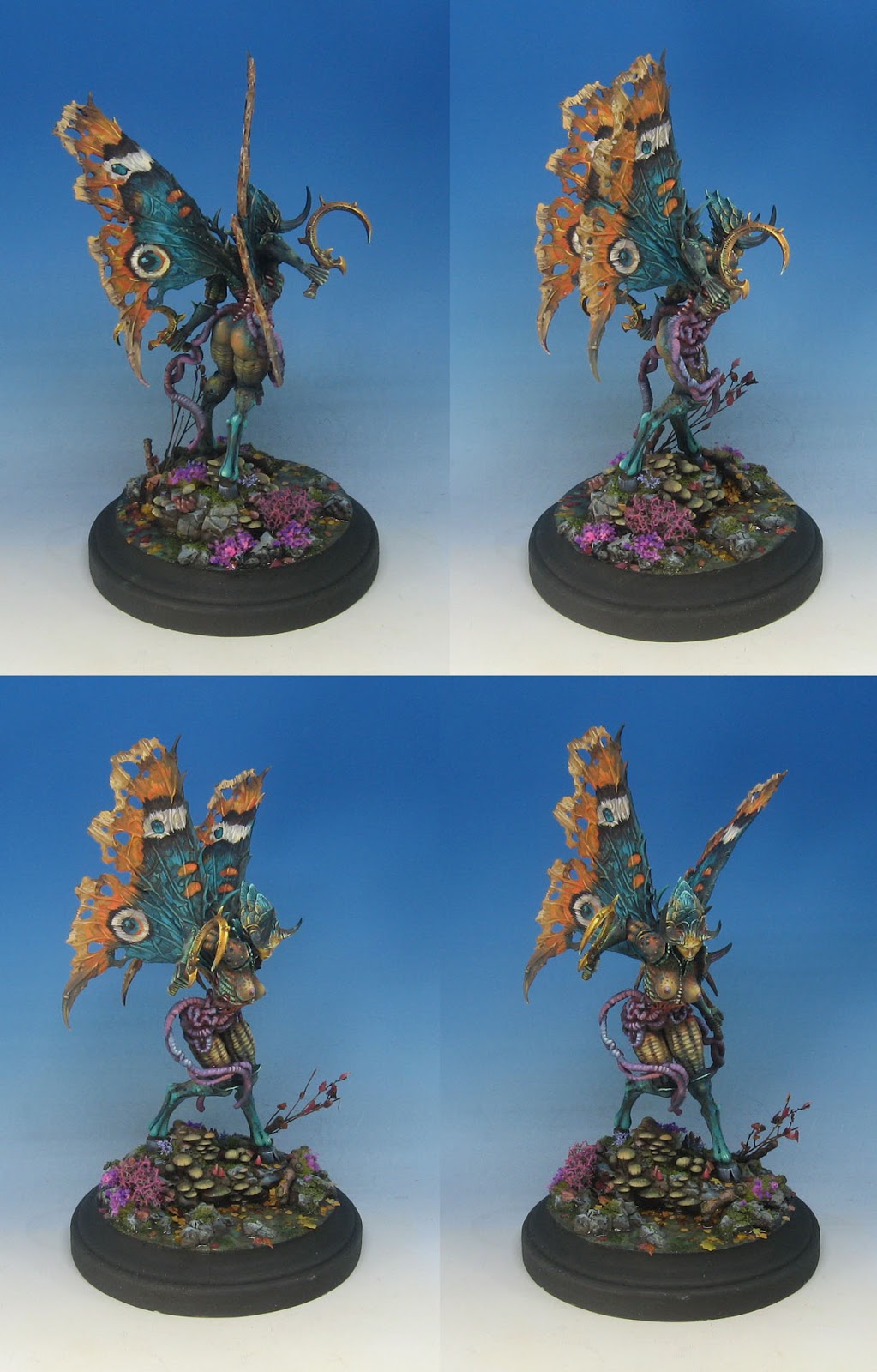 The base was also a lot of fun, and I was able to go wild with all types of foliage and even water effects!  I filmed an entire 30 minute segment on adding flock, cut leaves and home made static grass tufts and flowers.  There were even some water effects added in at the very end. 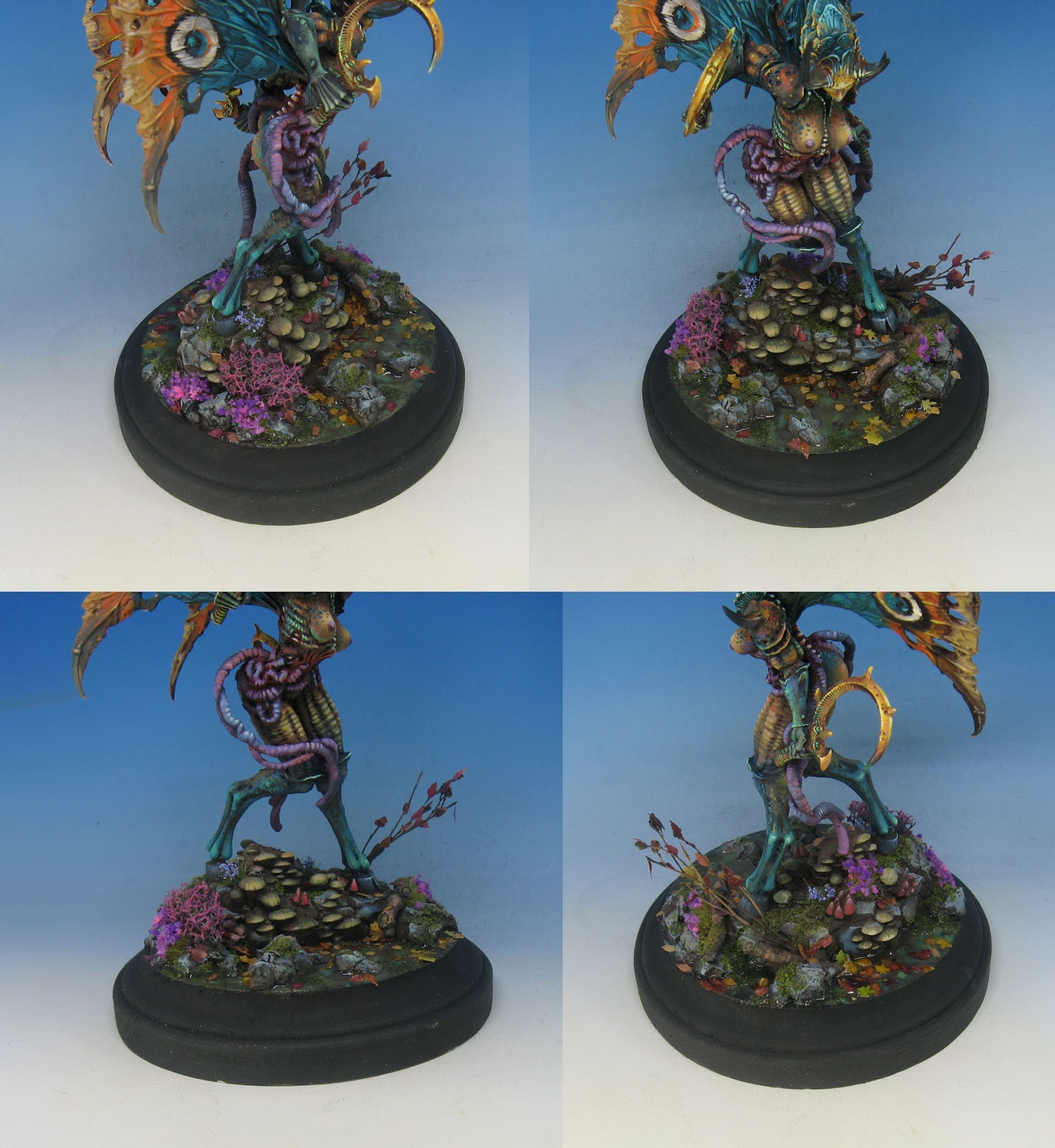 There are other instances where I show you how to make those "course corrections" during the painting process, where you see that one area will have to be altered so that it can align with things that are painted on the surrounding surfaces. 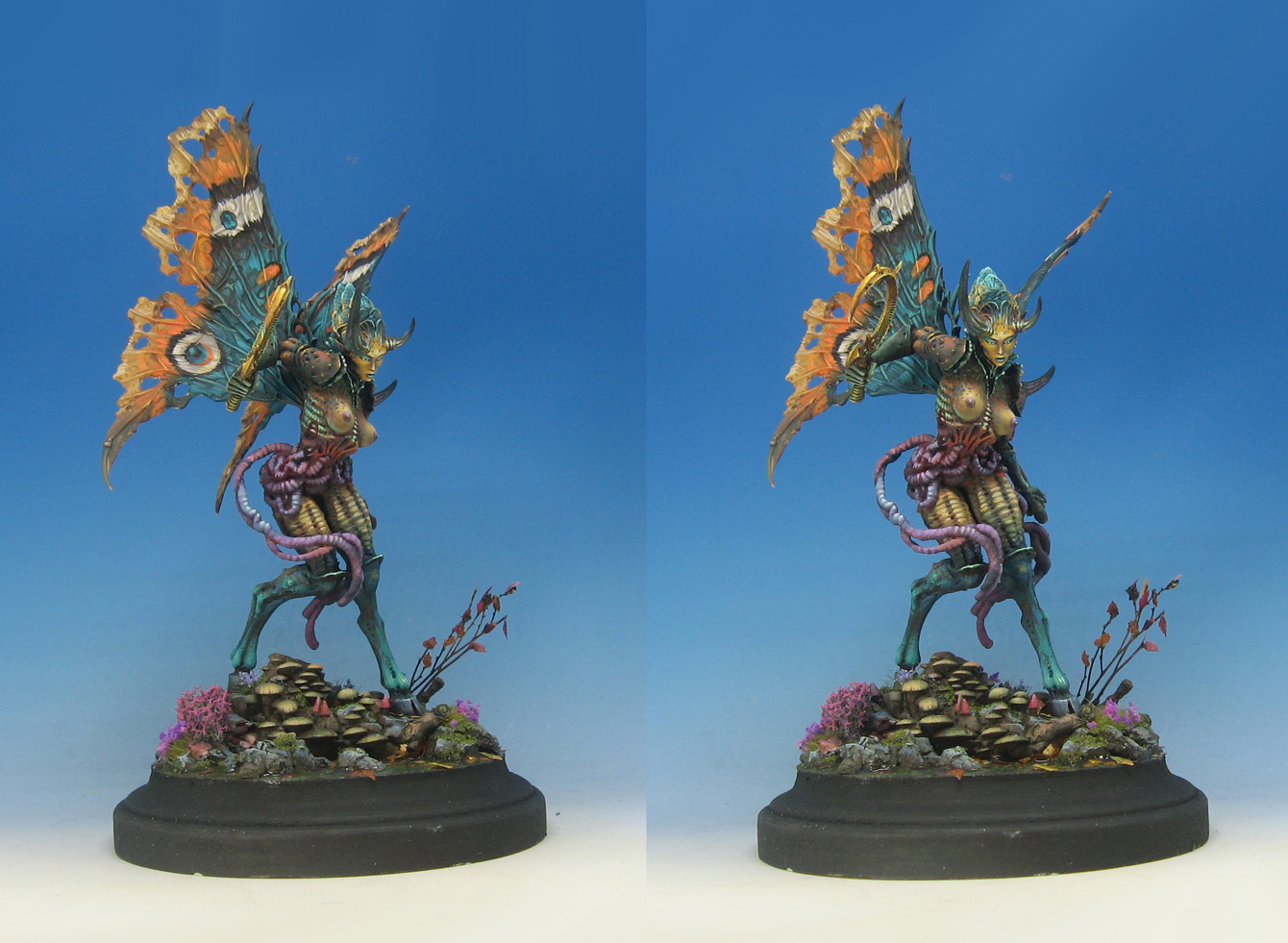 I have the first episode of the series set to 'public' so that you can get an idea of how the process begins.  It is very brisk, to say the least!  I use the larger brushes and block in colors and shading right away, just as if I were working on one of my 2D art pieces.  Oh, there's also a 2D art video available to the patrons as well!

Here's a link to that first video: https://www.youtube.com/watch?v=gverWb5dj9k 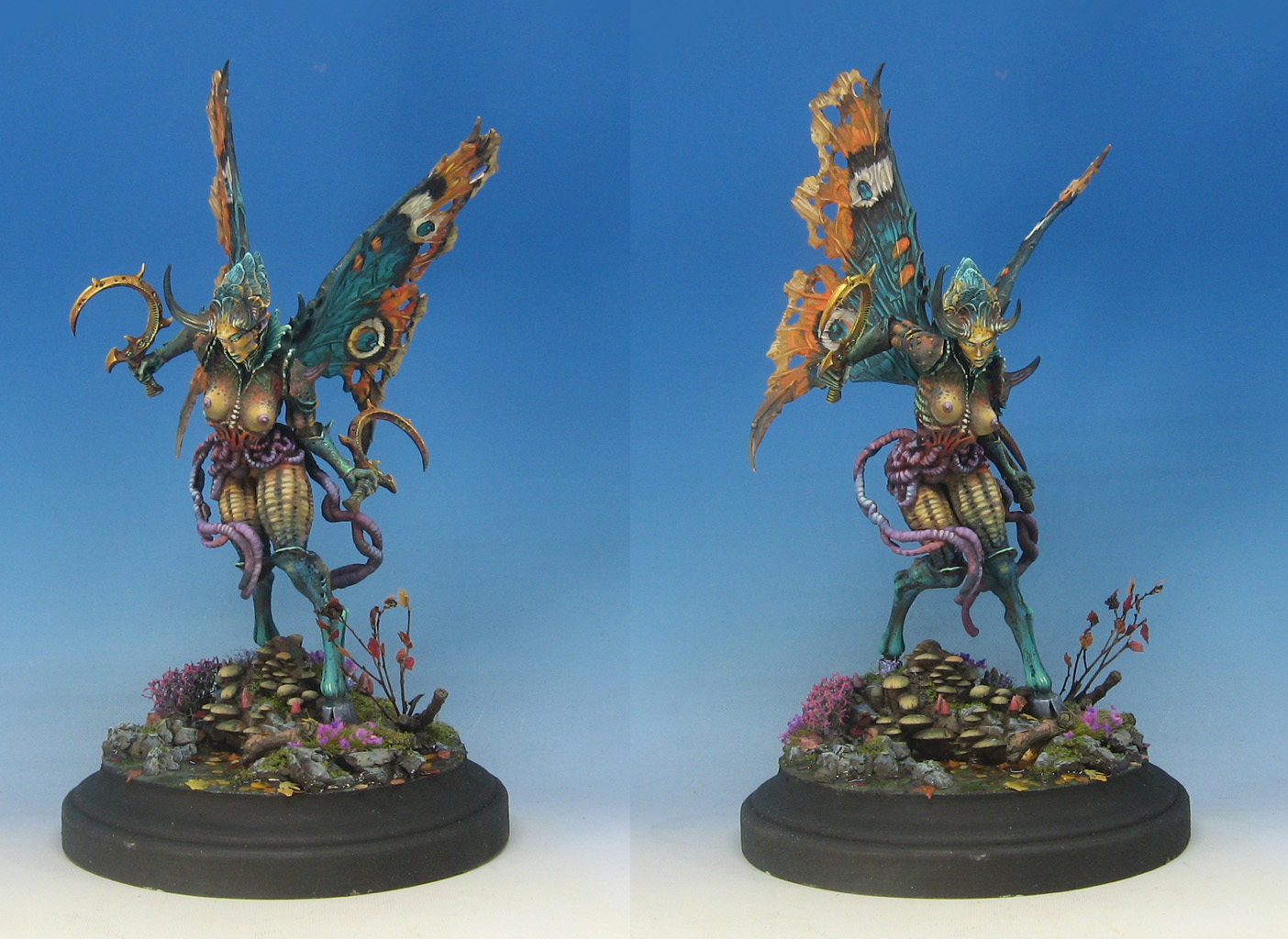 Here is a link to the Patreon Page, where you can join in to see the complete series of this wonderful Creature Caster figure!  Keep in mind, I already have 2 more tutorials in the filming process already, so get in now and watch all those amazing demons come to life on screen!  www.patreon.com/JamesWappel 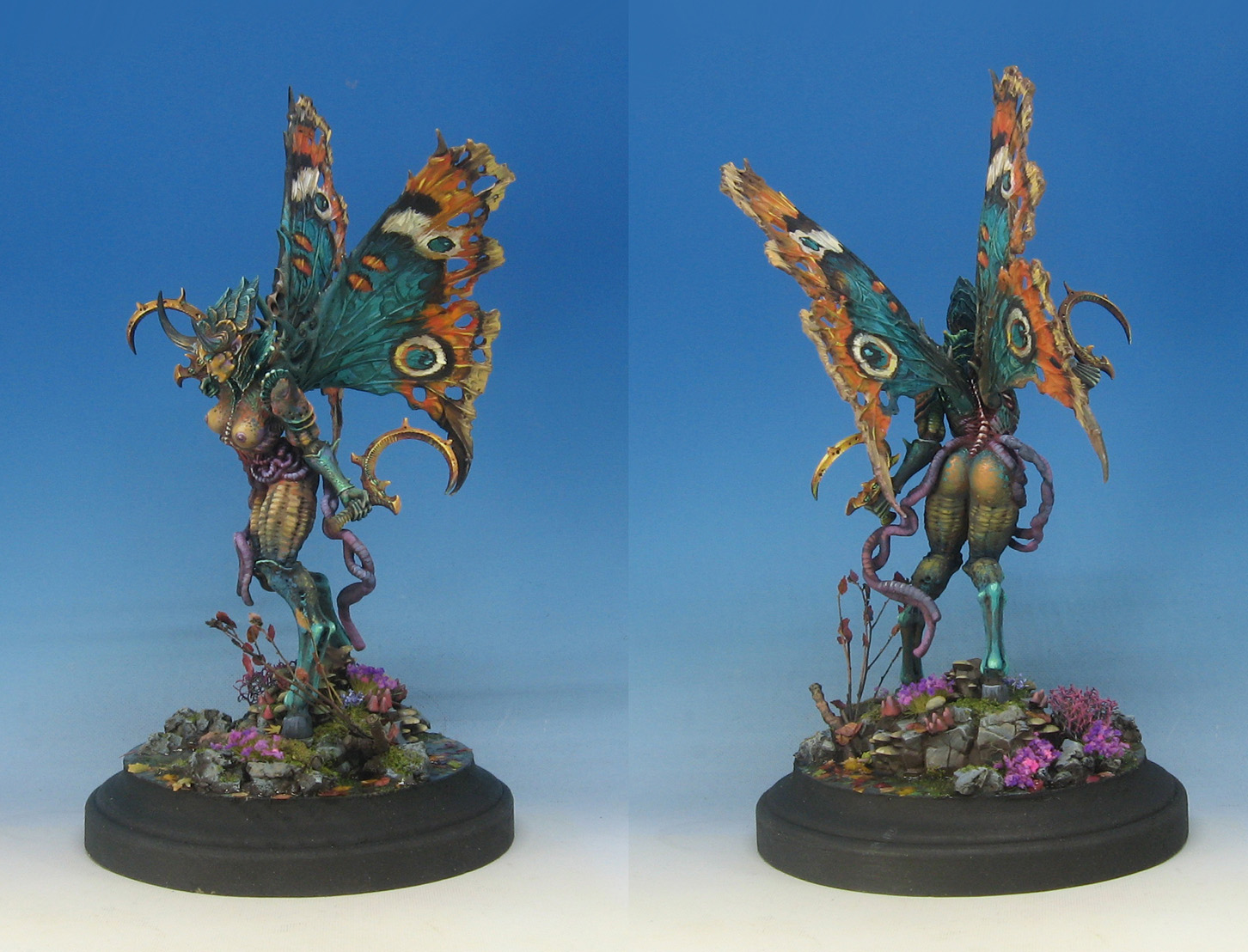