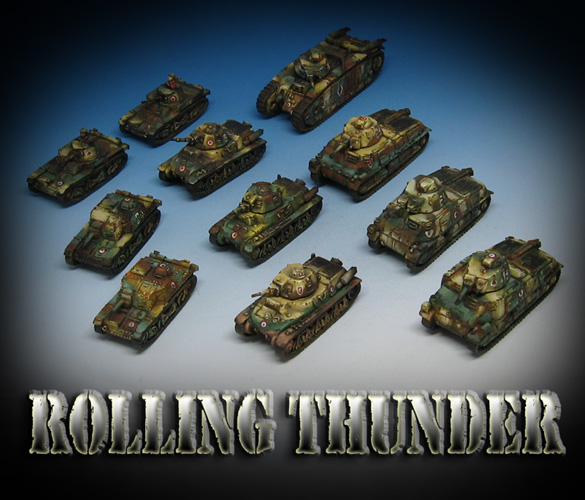 Here's the first set of group shots showing all the French tanks which have been painted thus far.

It's quite the range of heavy, medium and light tanks!  From Char Bis to Soumas to tiny AMR's. 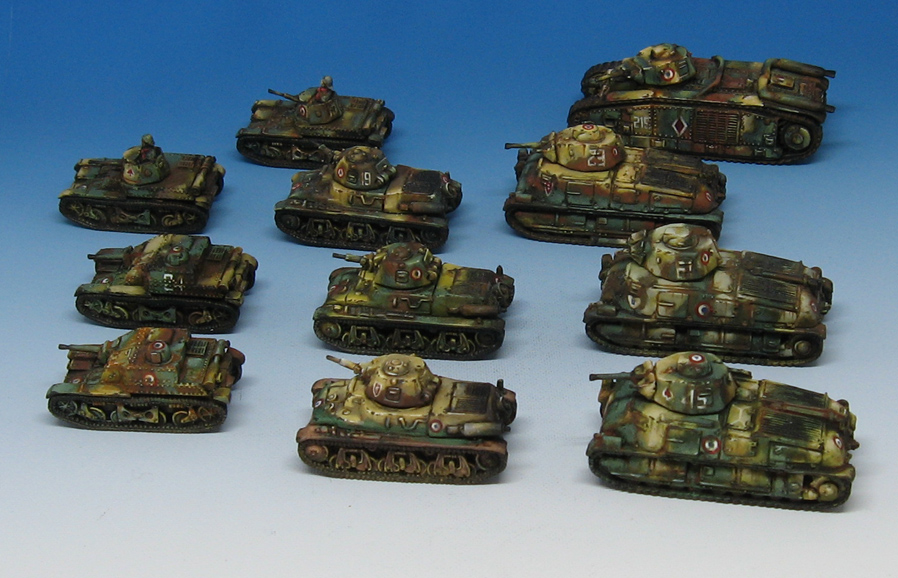 I think it might take every single one of them to deal with a King Tiger.  Quite and interesting size comparison! 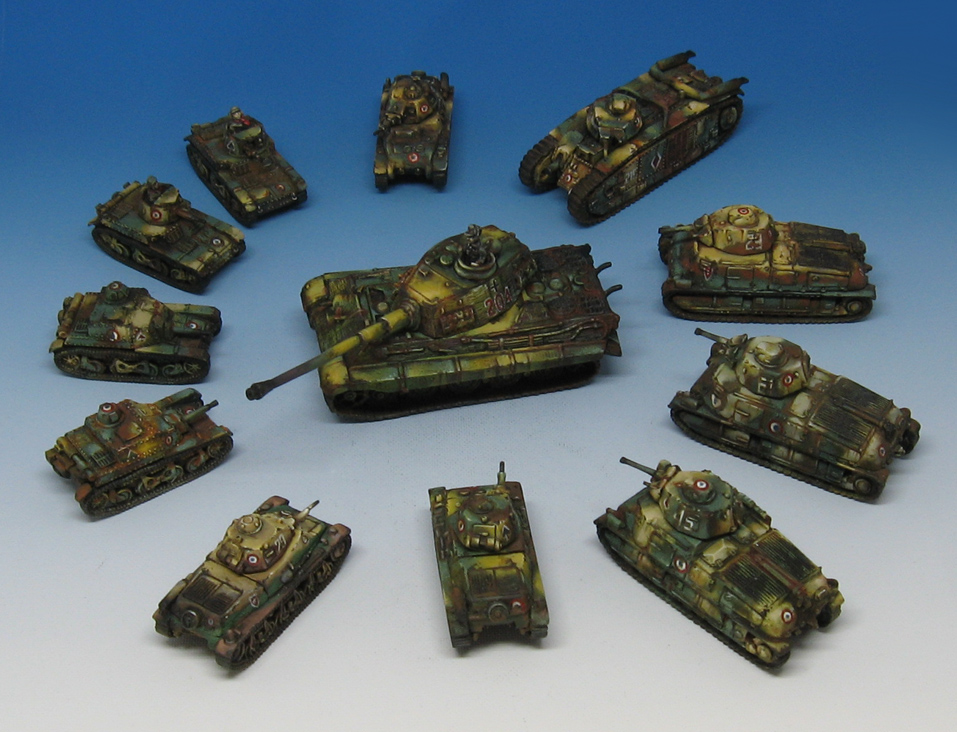 I would not be surprised at all to find out that the turret of the Tiger is heavier than one third of the light French tanks.

Still, those were not around at this time, and only 80 of them were ever made.  I will certainly be curious to see what these can do in an actual Flames of War game.  Some of these vehicles can be more than a match for early war Panzers.

At this stage, I don't know what else I would be adding to this group, aside from a few more biggies.  Of course, I would not mind a few more of the medium and light tanks to paint up in a desert camo scheme for the Levant and West Africa scenarios which I'd like to do.

I did try to vary some of the colors and patterns where possible.  My guess is that the majority of the early learning games with be France '40.  These should be quite appropriate for that! 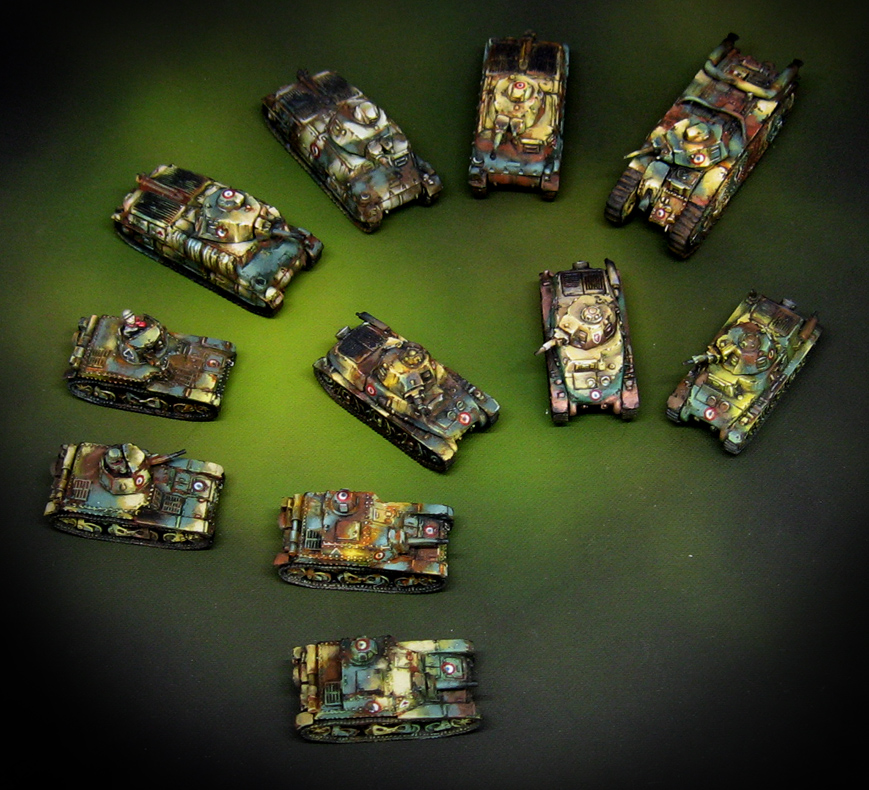 I'm getting more excited about this, as the artillery stands are well under way, and even many of the infantry teams are being based. 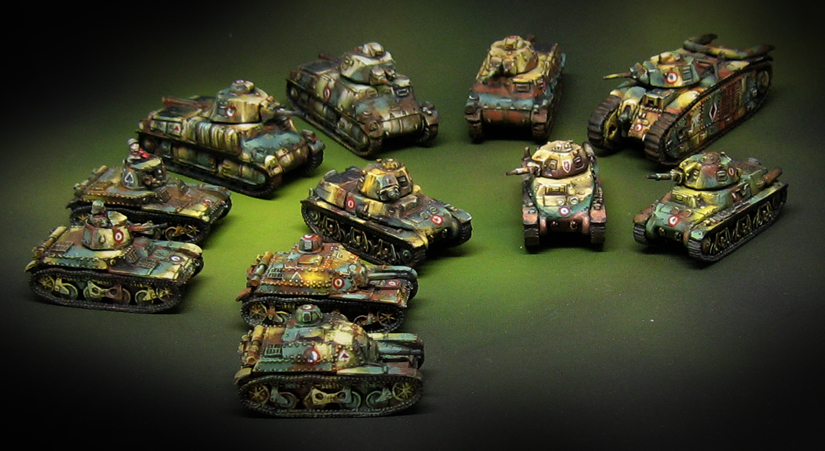 Stay tuned, because there is a whole lot more coming!  Not just the aforementioned artillery and infantry, but lots of terrain articles as well! 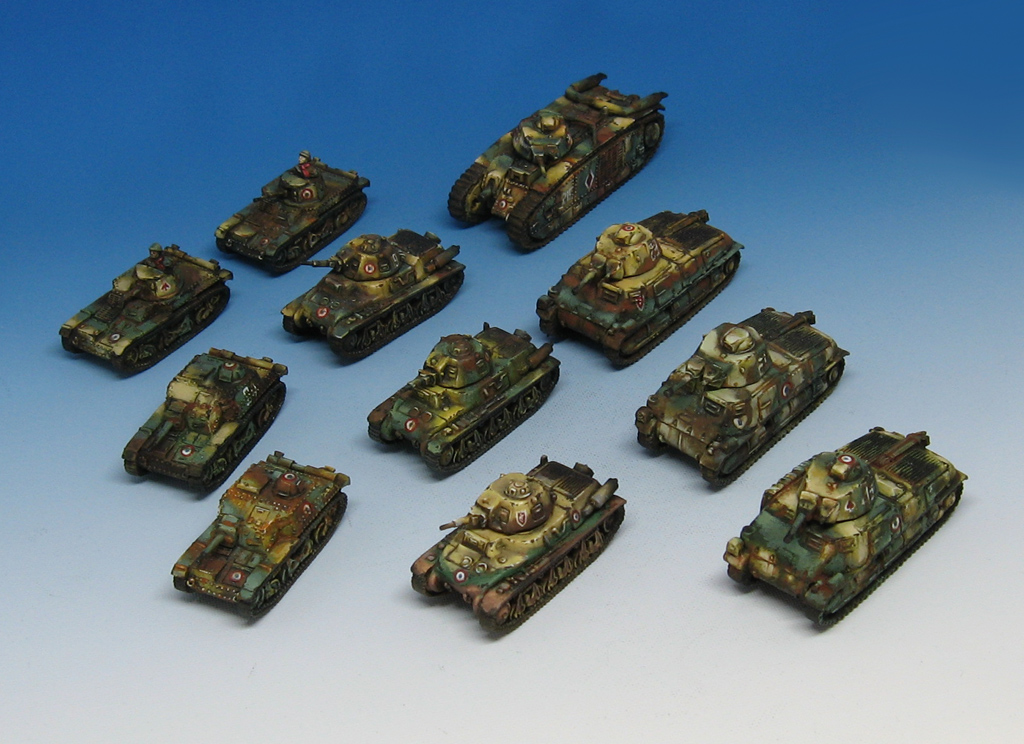 Posted by wappellious at 3:03 PM No comments: