Ready to drop the Hammer!! 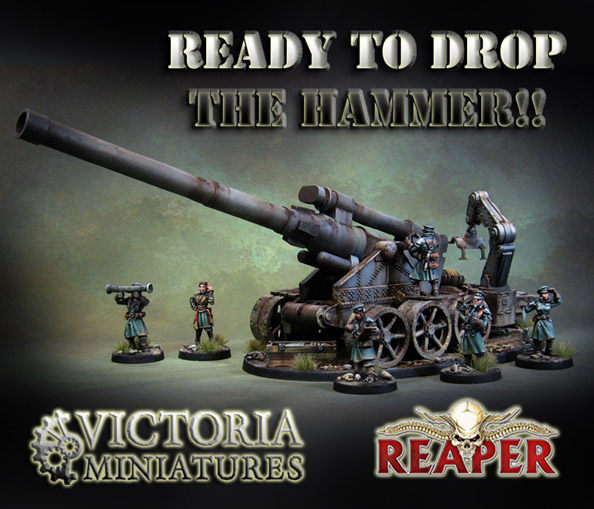 Here's something massive!  It's the Sledgehammer artillery piece made by Victoria Miniatures. 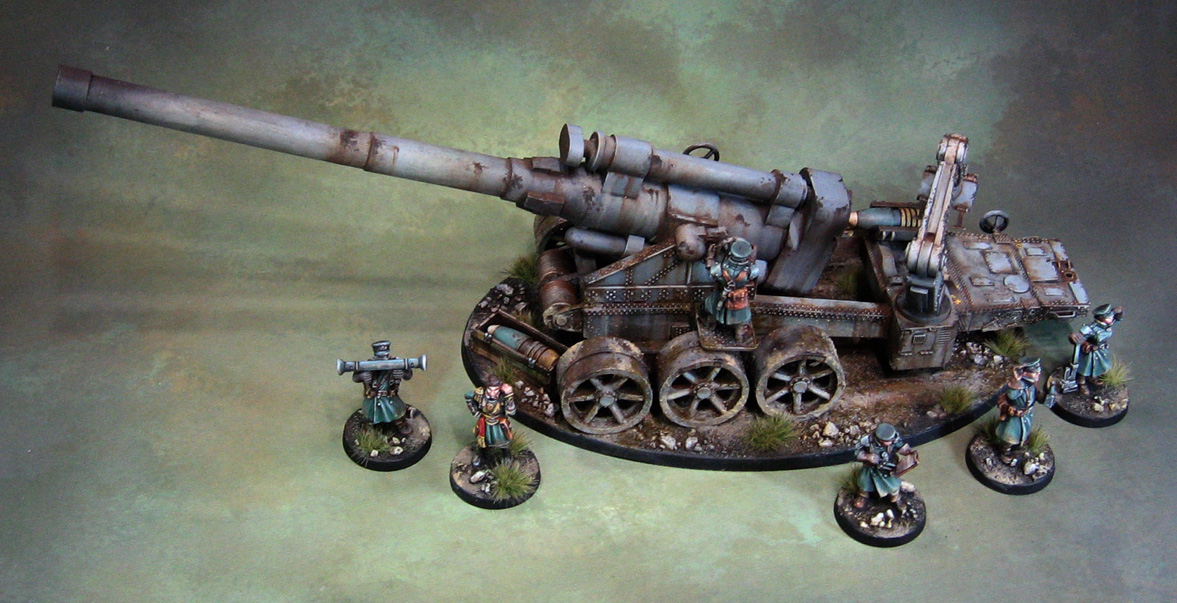 It comes with six crew, including engineers, spotter, commander, and so on.  I believe that the artillery piece is hard plastic, which the crew is resin. 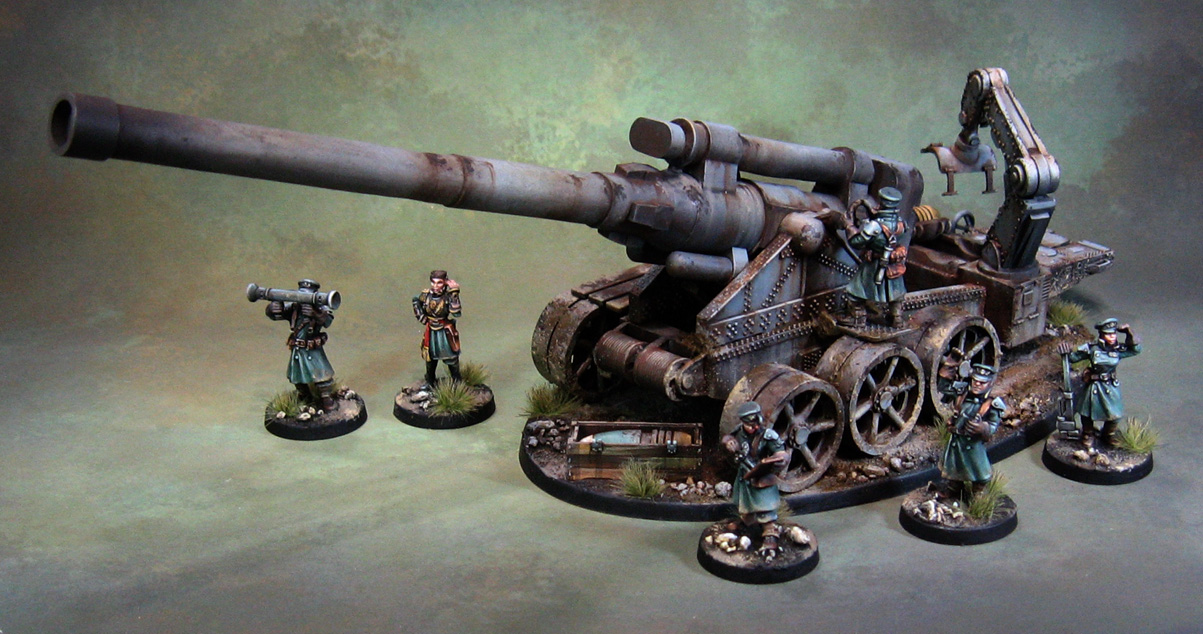 If you pin the crane, it wings in its cradle very nicely.  There are also a few shells and cases that come with the set. 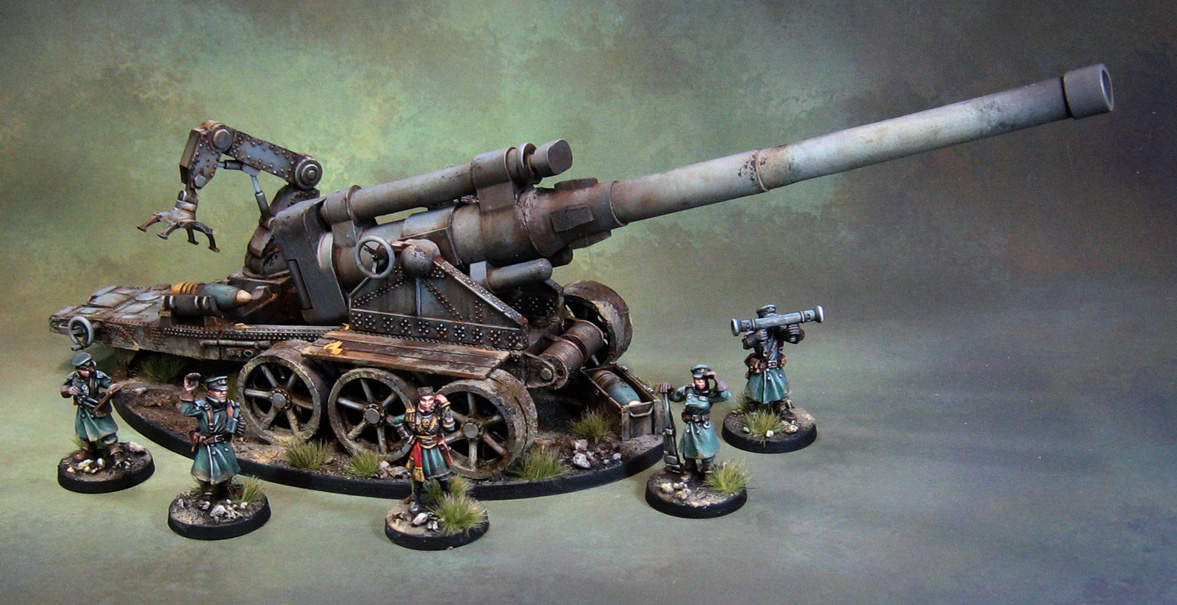 I used a variety of Ammo oil paints to weather this giant gun.  The panel line washes and regular washes worked very well on the wheels and other hard to reach recess areas.  As you can see, there were a lot of those! 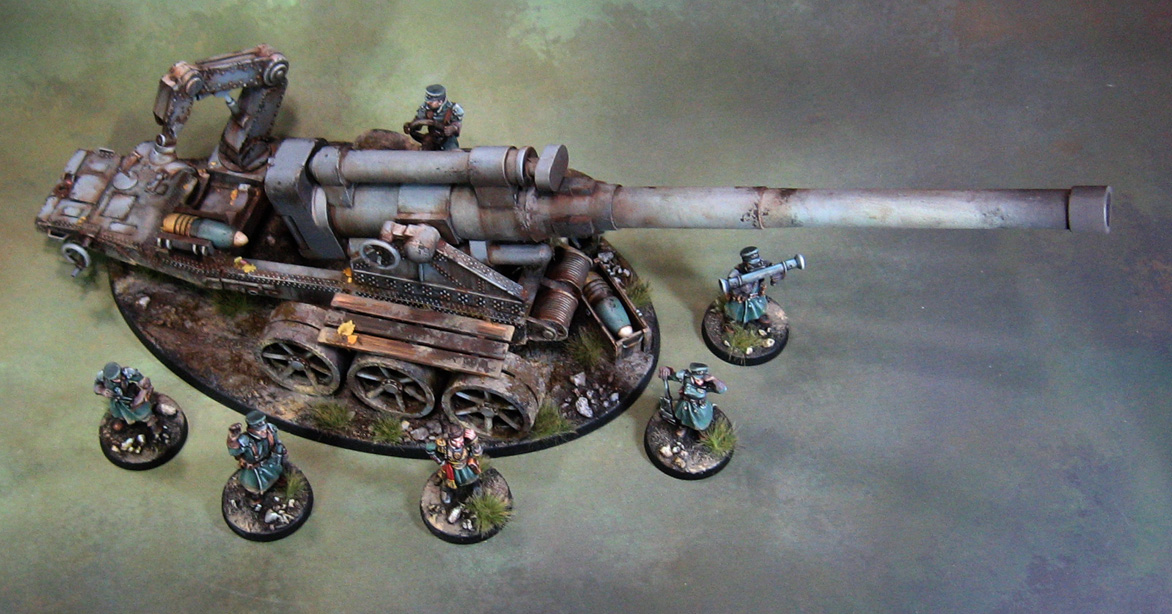 Dealing with all the rivets was made easier as well, especially the large number of tightly packed rivets.  Oil paints have more capillary action than acrylic washes, making them ideal for this task. 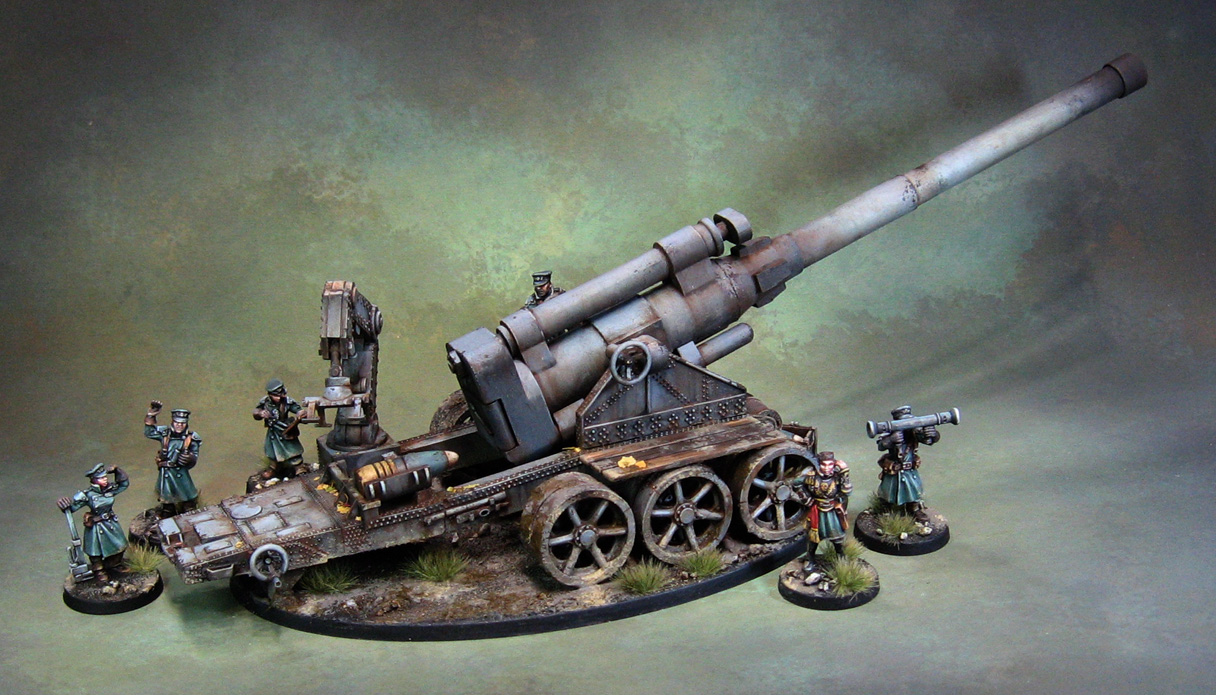 Various heavy mud and splash effects made the lower sections of the artillery piece seem as if it belonged in its environment, as I used the same paints on the base too.

The view from above shows the aft deck of the gun, with the crane and shell holder along with the engineer elevating the muzzle. 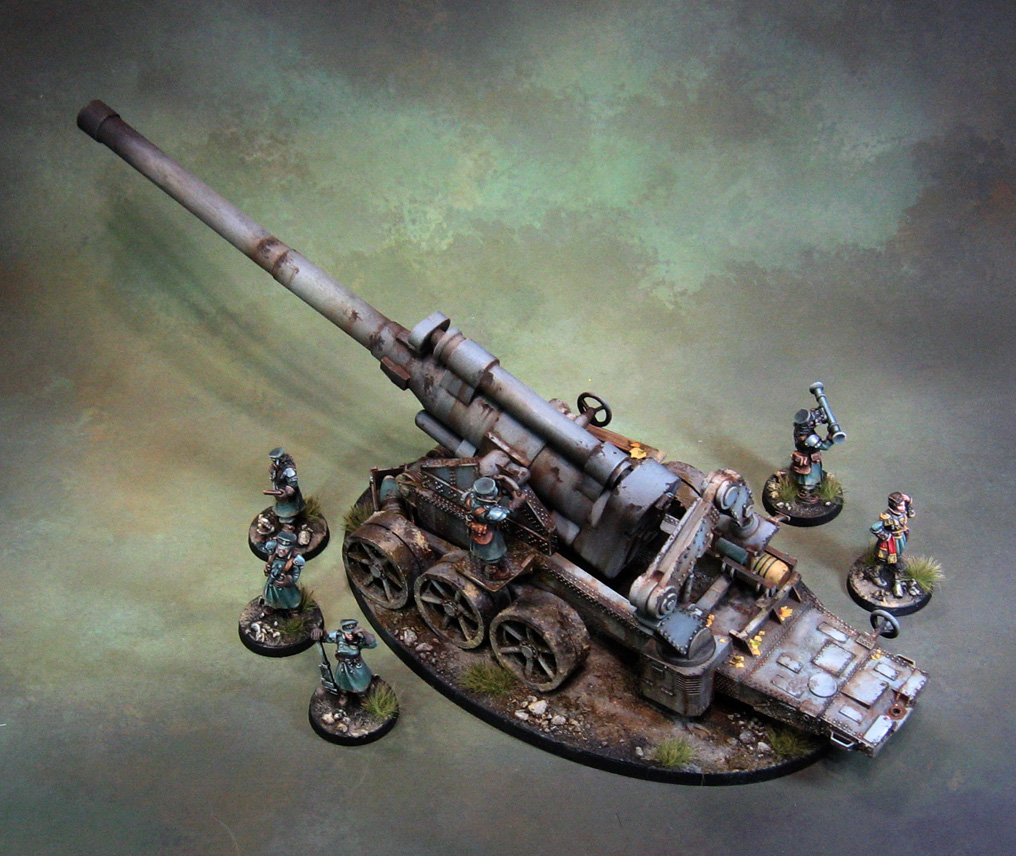 Most of the pieces were painted separately, and then assembled after weathering, etc.  That made things a bit tricky, as I had to keep in mind what angle to do the shading, and where gravity might effect simple elements such as weathering. 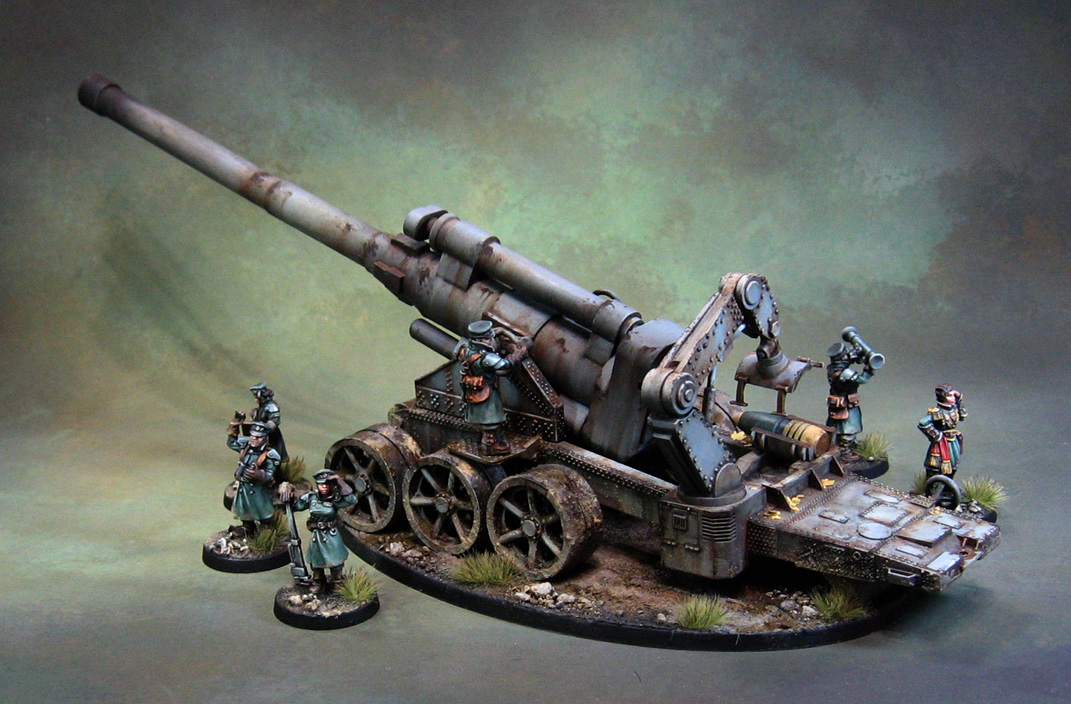 The closer images will show you the streaking effects a little better.  I have some additional posts coming up with shots of the crew as well. 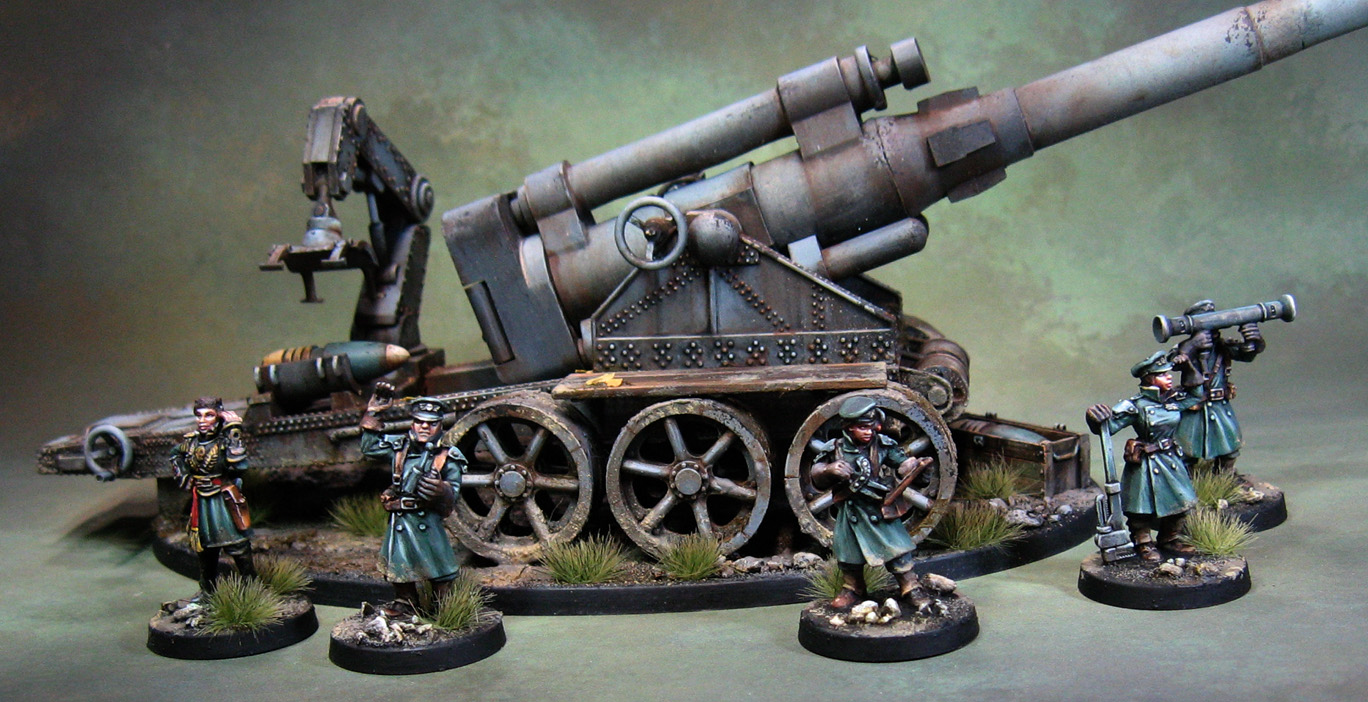 The crew really give you an indication of how big the gun and its carriage are! 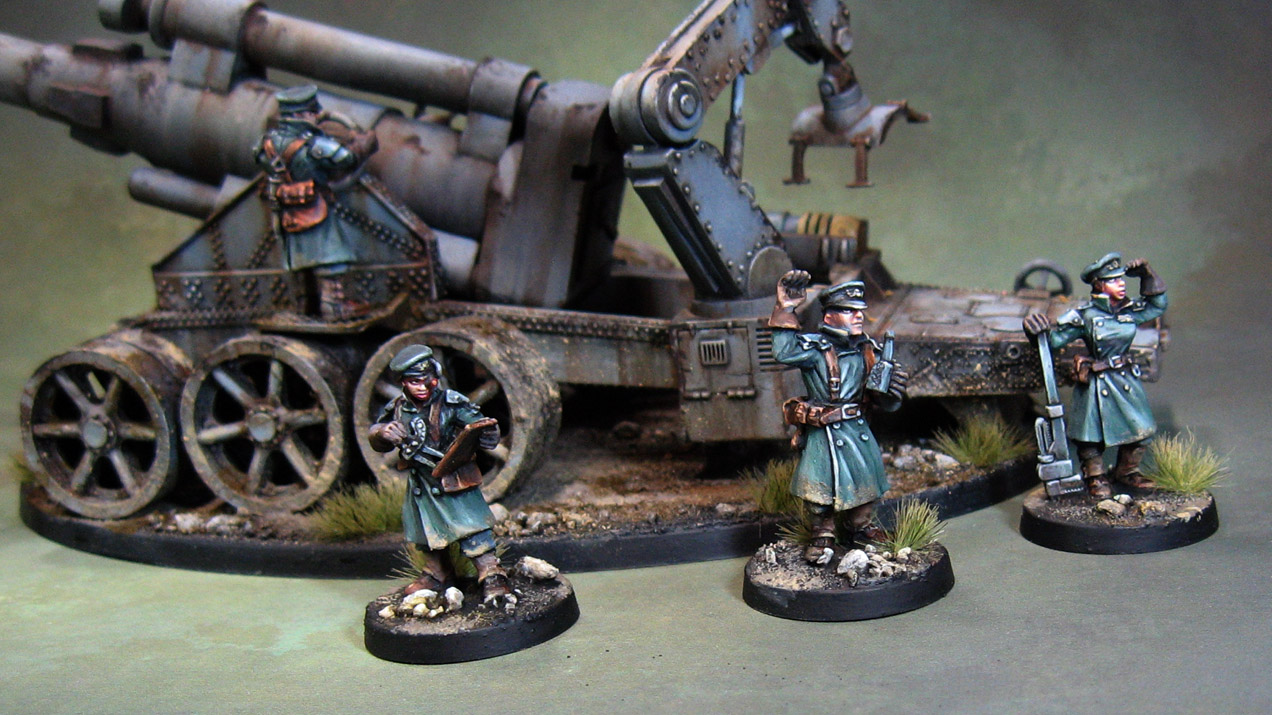 Even though most of this is grey, I tried to get as many different shades and tones as possible.  Some areas were more blueish, others tinted more towards green.  I also used light flesh colors  on a few highlight areas to get a warmer grey. 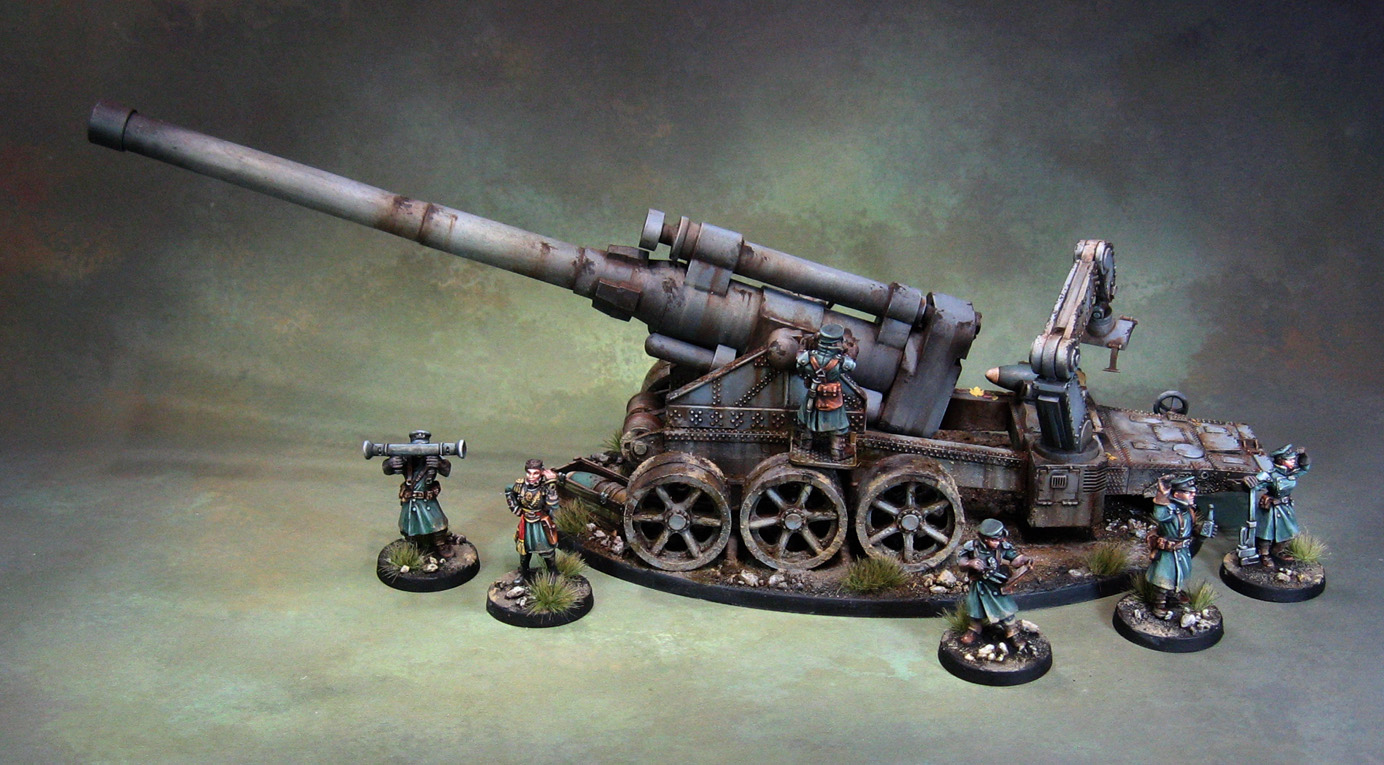 This view shows you some of the leaf punch leaves on the deck of the gun, which gives it a little more interest with all the drab grey! 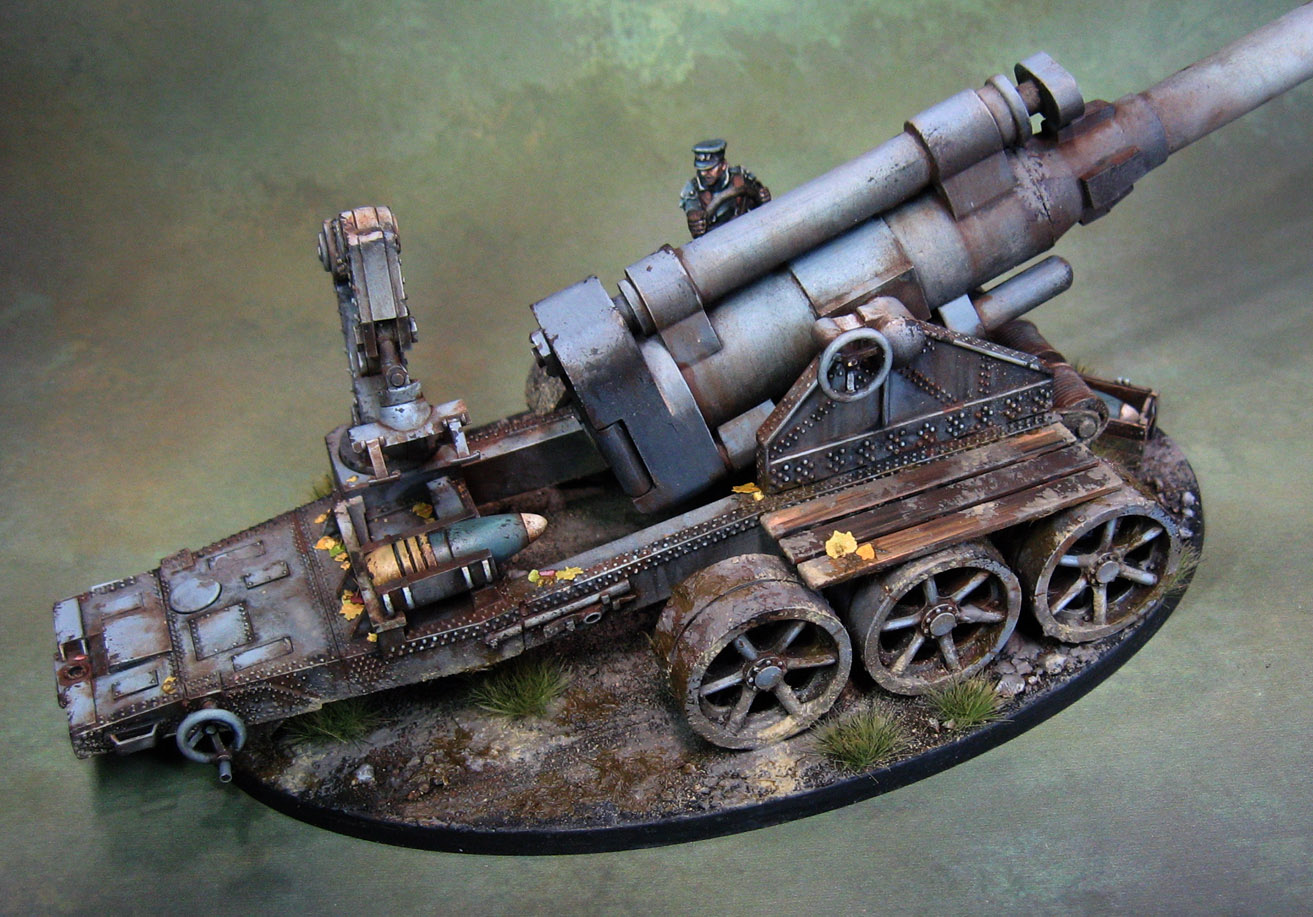 It was a lot of fun to paint the crew, as all Victoria Miniatures are. :-) 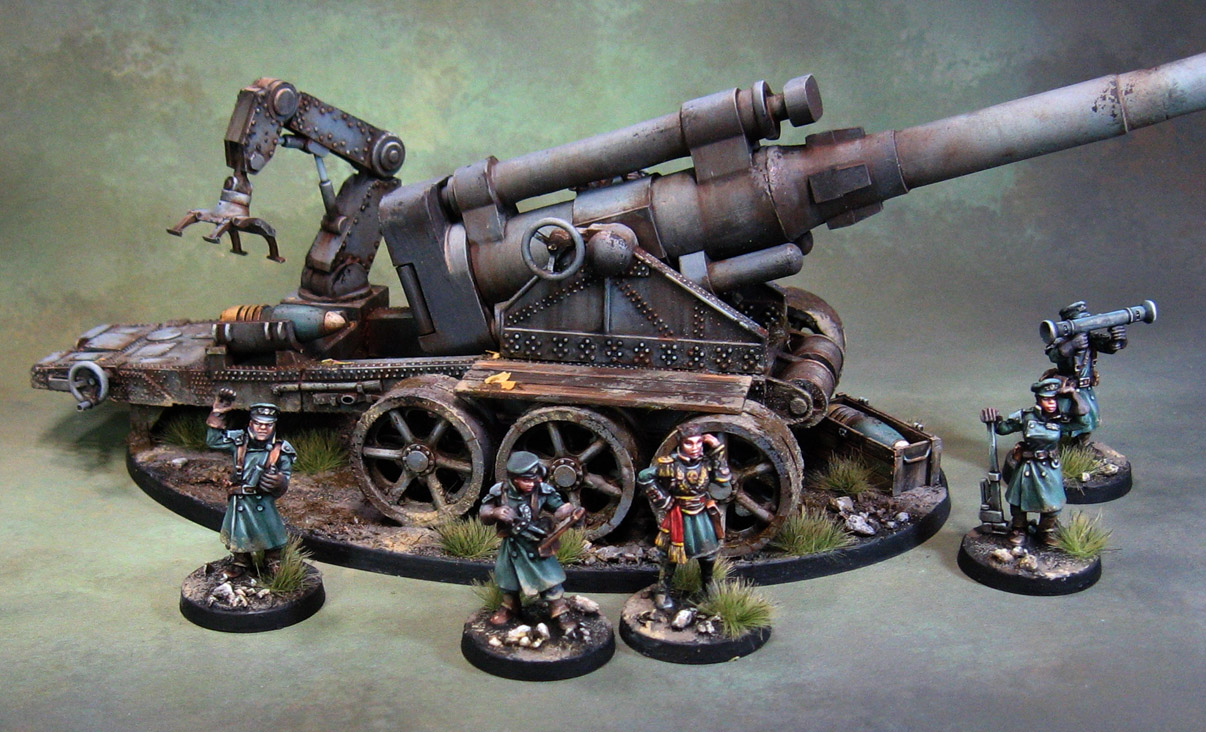 Stay tuned for much more on the individual crew!  And this will be shown live at Reapercon too... see ya there!! 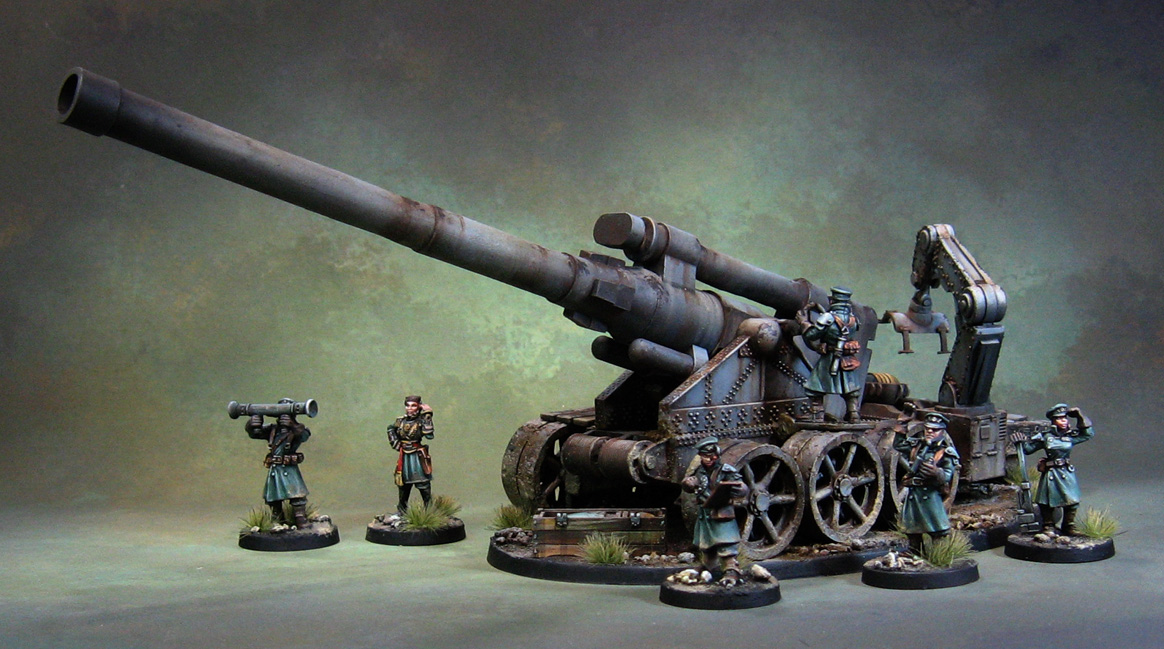 Posted by wappellious at 9:56 AM 6 comments: