This will be sooooo much fun! 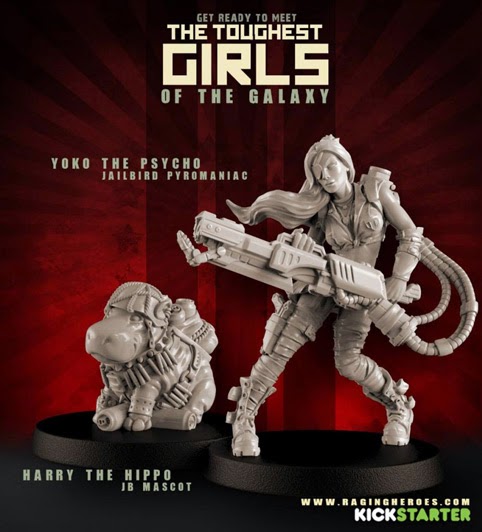 OK!  More anticipation from Raging Heroes.  If brushes could drool, they would over these minis!  This will be amazing.  Knowing in advance that I won't have to fight the details on these just makes it better.

All too often, I have had to figure out what the heck I am trying to paint on a miniature.  A detail on it is poorly sculpted (or ends up in an attachment joint or mould joint), leading to painting misery.

It's not as if the entire figure is awful to paint, but you wonder where the lips or eyes actually begin or end, etc.  Never had that happen with a Raging Heroes face.  That's why I chose them for all the skin tone videos, since the faces could be sen much more easily.

They also have some seriously fun poses!  Very dynamic! 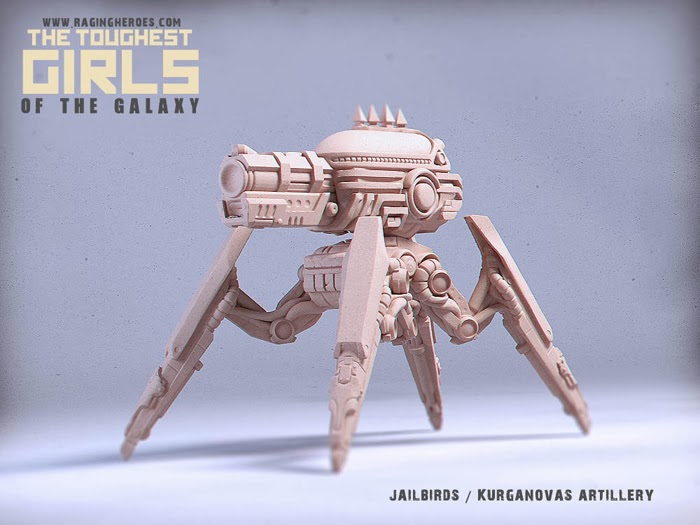 Need mascots?  They got 'em.  Someone to keep Walter and Charlie company! 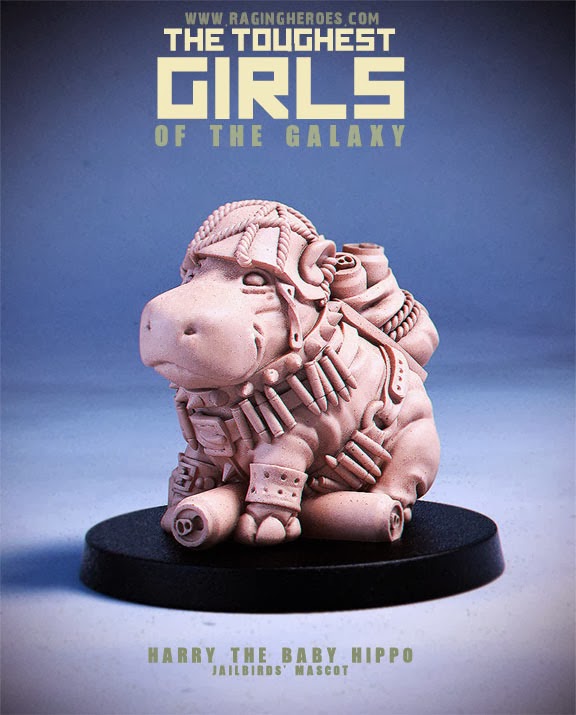 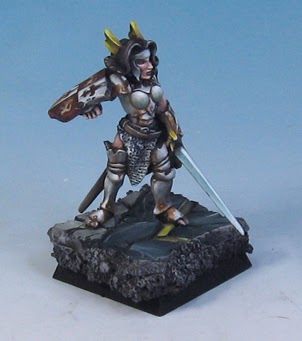 Some of you might recognize this Reaper Yvonne from the Sky Earth Painting Pyramid video.

Long before the Kickstarter ever went online, we spent many weeks figuring out which subjects to cover, which set they should be a part of, and so on.

When it came to the videos (and the color theory episodes in particular), I tried to base the demand by the most frequently asked questions that I received.  I counted comments and questions on the blog, in person, on facebook, etc.

One of the subjects I wanted to save for 'Post Kickstarter' was painting white.  This was a test figure to see how viable that was, and which miniature would work out best.  Of all the colors I wanted to cover, this has the most subtleties.  While it is not reflective like metal, it is still very much affected by its environment.

Yes, there was a lot of work that went on way behind the scenes :-)  A number of figures were prepped and never painted, prepped and partially painted, and even those taken to completion.

Sometimes I felt like the figure was not quite right, or that there was not enough or too much information to convey on a certain topic.  While I wanted some synergy between episodes, I didn't want to go overboard on crossover!

Posted by wappellious at 1:38 AM 4 comments: