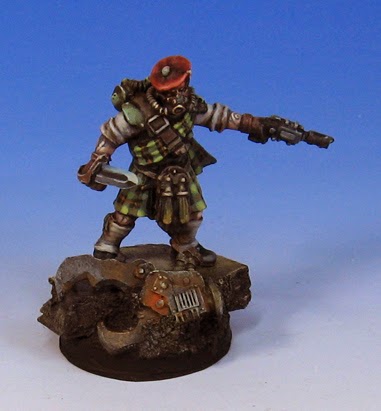 Well, this is more like Sergeant Charlie.  He bravely took on the Chaos Champion/spawn in the test fight the other day!  He died with his kilt on.

It was cool enough just to see one painted squad of Highland Guard, but three of them all together will be even more cool!  Plus, it looks like the command squad might be getting a Chimera.  Perhaps one other squad as well, unless that turns into an Immolator.

I think that will all be covered in one of the next few posts.  It all depends on points and time concerns! 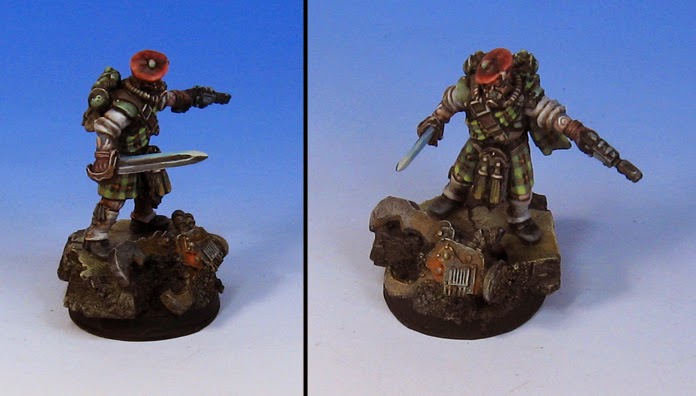 Posted by wappellious at 1:34 PM 2 comments: 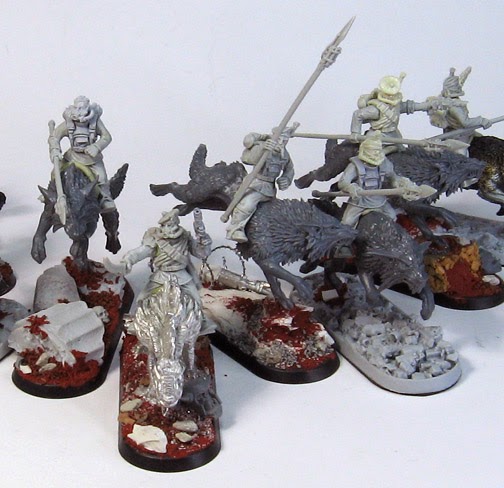 After the earlier sneak peek in the column post, I figured you might want to see the whole squad of Rough Riders.  They are made from the Victoria Miniatures set which comes with the arms, power lances and legs. 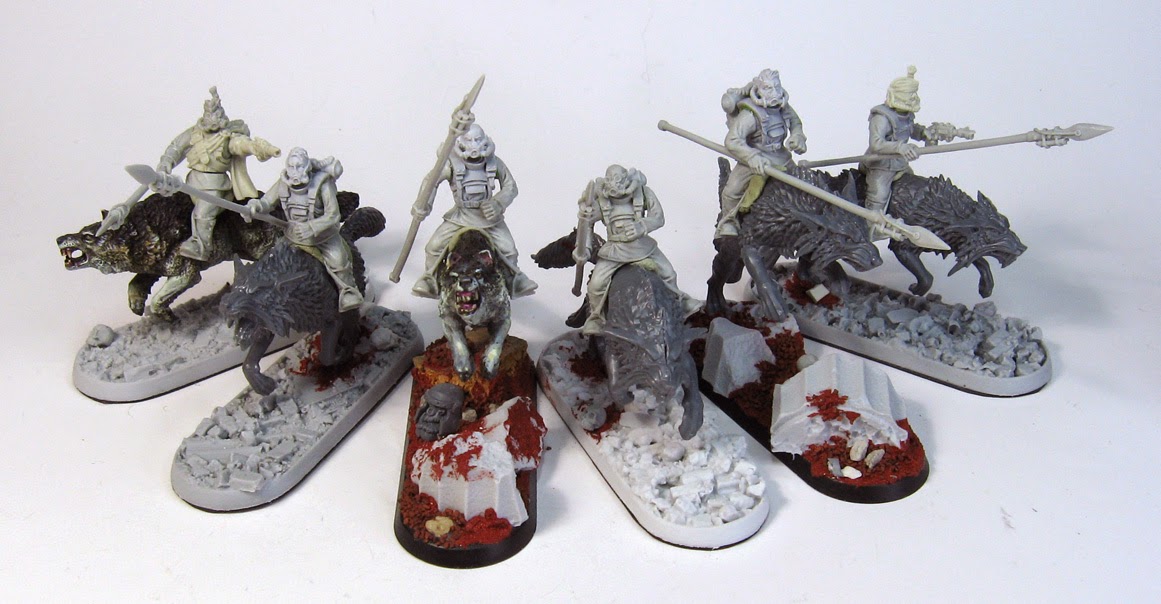 They are riding a variety of wolves.  I put Mogul Kamir on a Reaper miniatures dire wolf.  Some of the bases are from Secret Weapon's Urban Rubble series. 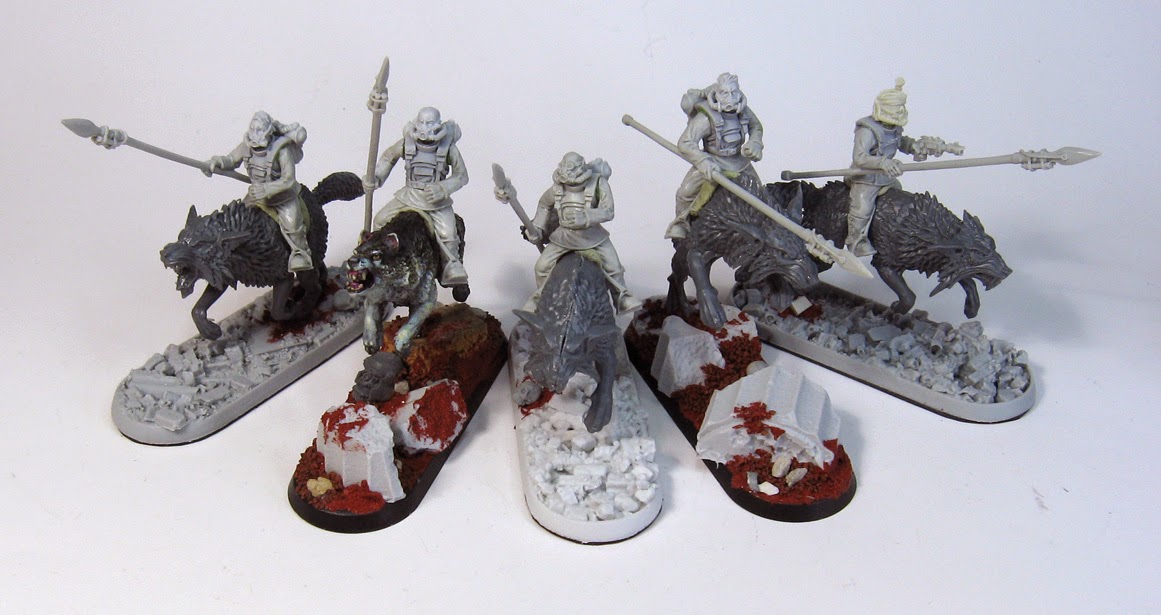 The bases are all magnetized, but there is some sculpting that remains to be done.  I will be doing some blankets on the wolves, as well as some collars and purity seals. 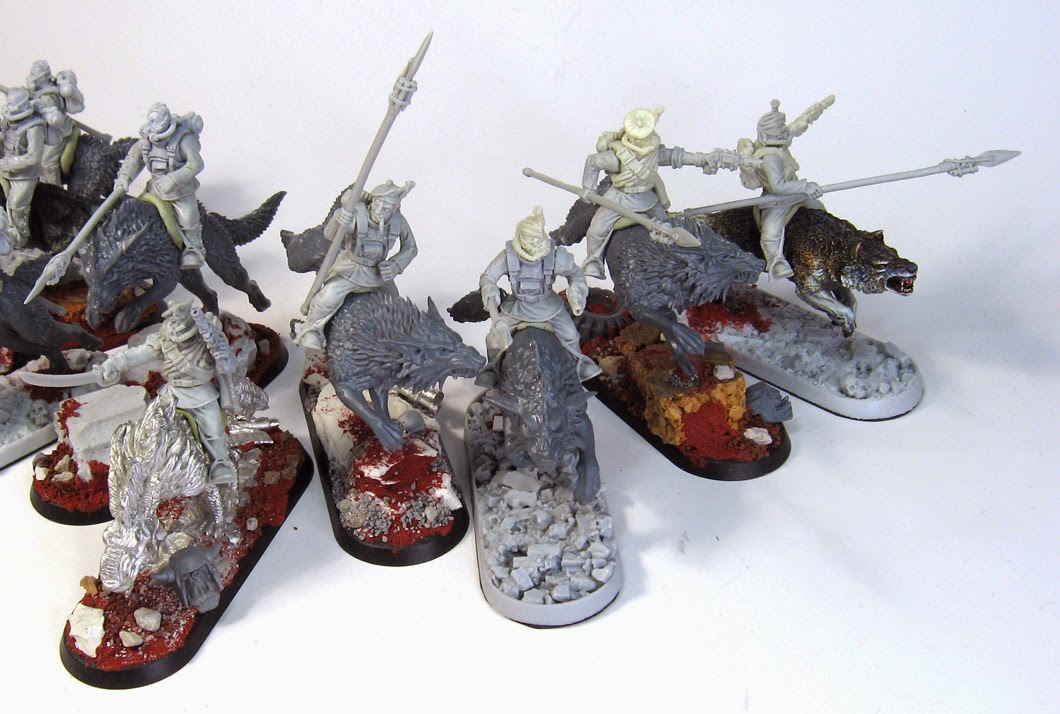 I have some biker bits that might work well once those additional things have been added. 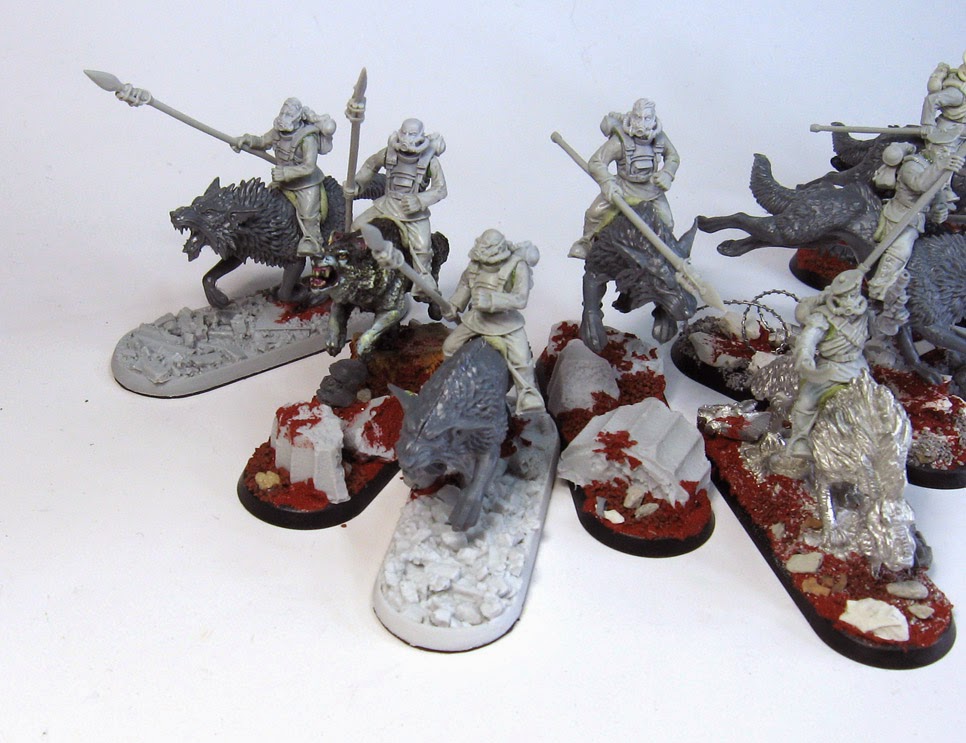 I tried to get as many different angles and poses as possible when I was assembling them, using as many Highland Guard bits as I could. 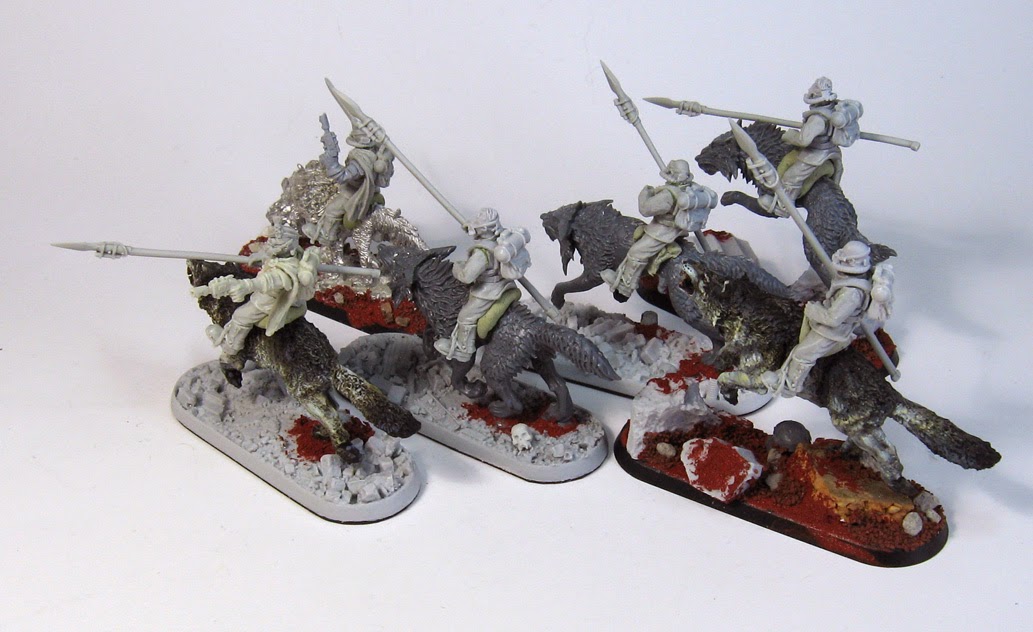 I will try to paint as many different colors of fur as I can as well.  I think Mogul's wolf will have to be black... perhaps the sergeant's would be white. 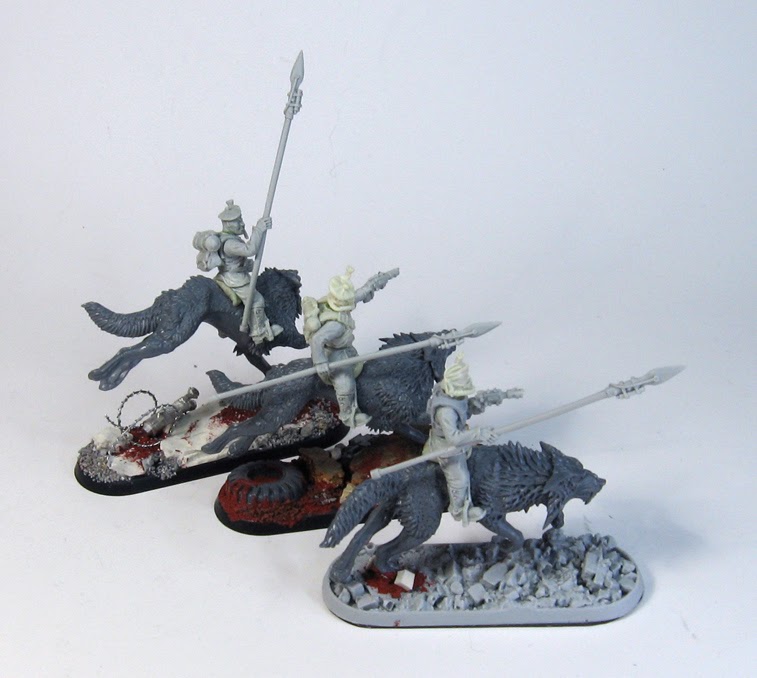 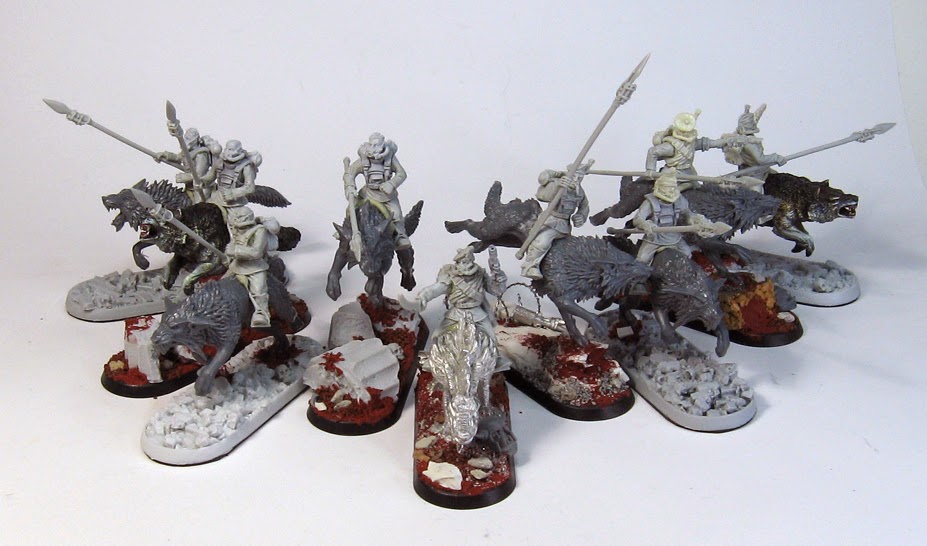 As you saw in the battle report, their first taste of combat (and blood!) was against the Chaos Bikers.  I had hoped that all the crazy bonuses they get on that first charge might be enough to at least do heavy damage to them.  It did work out that way, taking away a very hard hitting, mobile unit that was needed to claim some of our objectives.

Hopefully it works out that way at Adepticon!!! 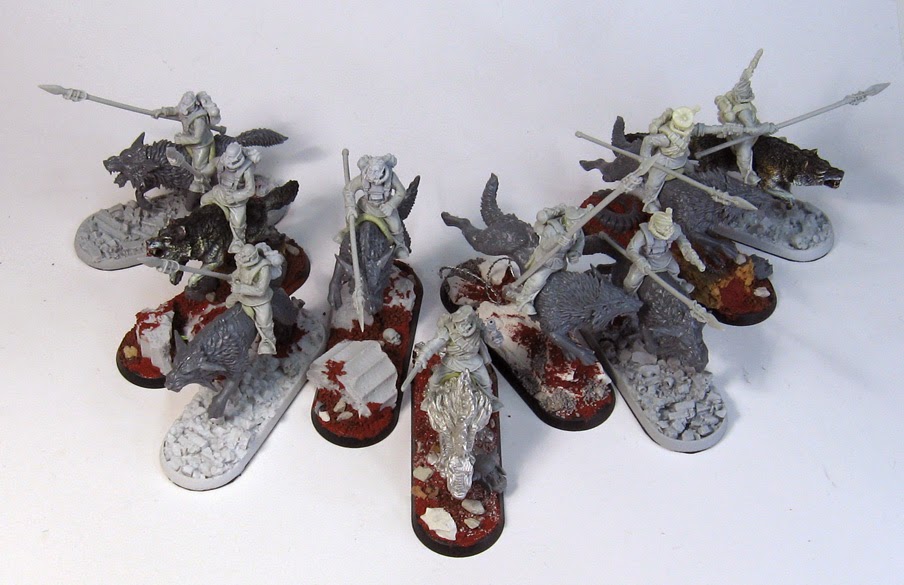 Posted by wappellious at 2:45 AM 4 comments: