This was my entry for Lord of the Rings single figure at Games Day Chicago 2011.  He won a Silver.  I had some fun making the base for this one, using pieces of baked sculpey carved into shape.  I sculpted some vines with green stuff, and then added some water effects.

The first game I tried using him did not go so well, since we did not have the lance rules quite right.  I also was very new to the game, and kept thinking of him as WFB cavalry!

Under the new warband rules, he was very effective in a smaller point game (we typically play 1000 point games). 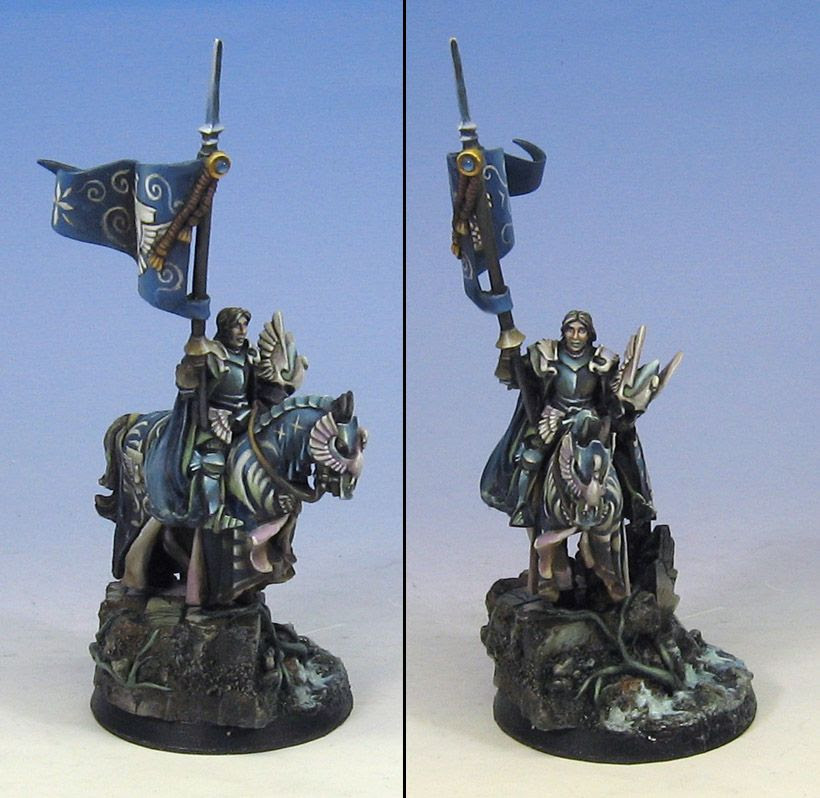 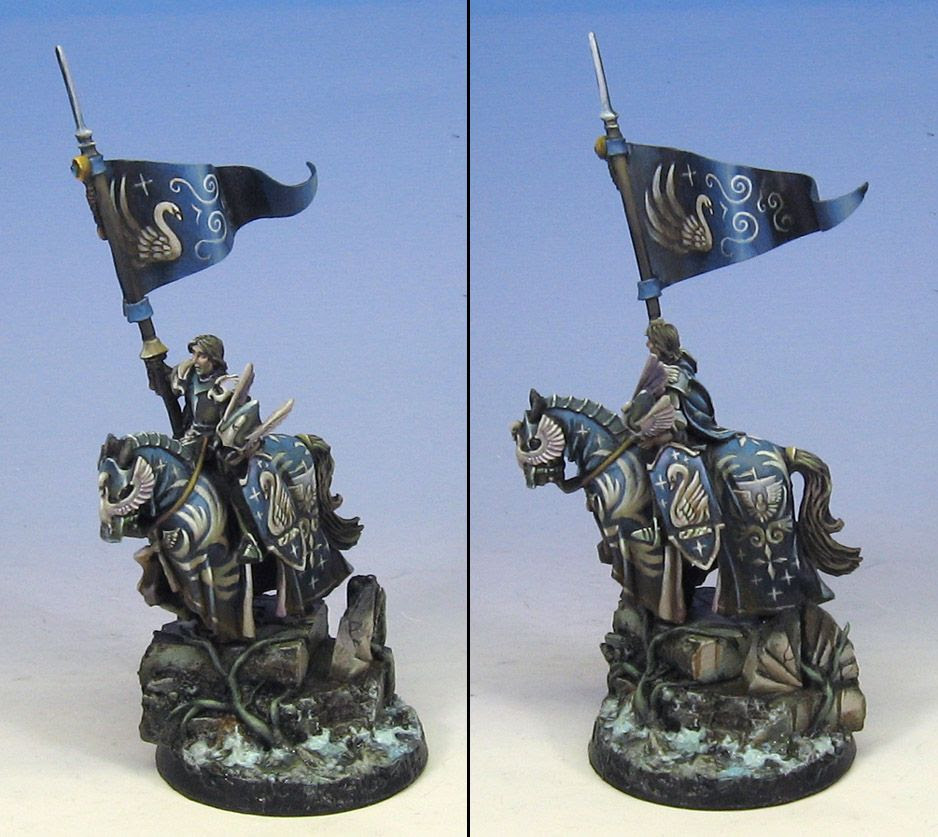 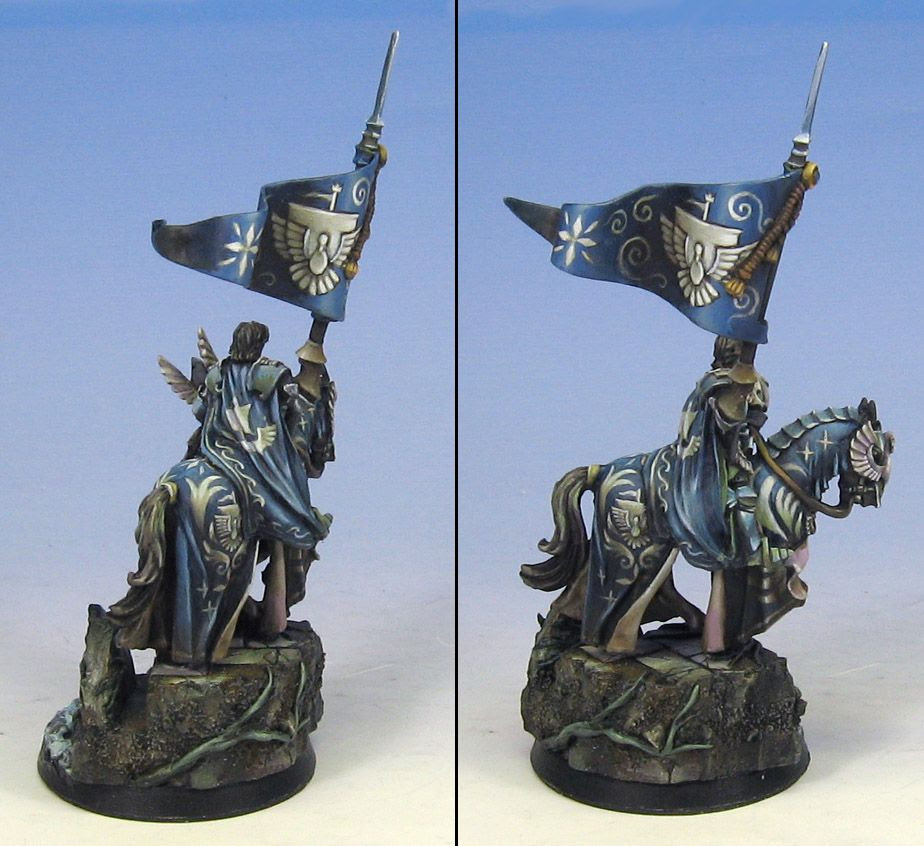 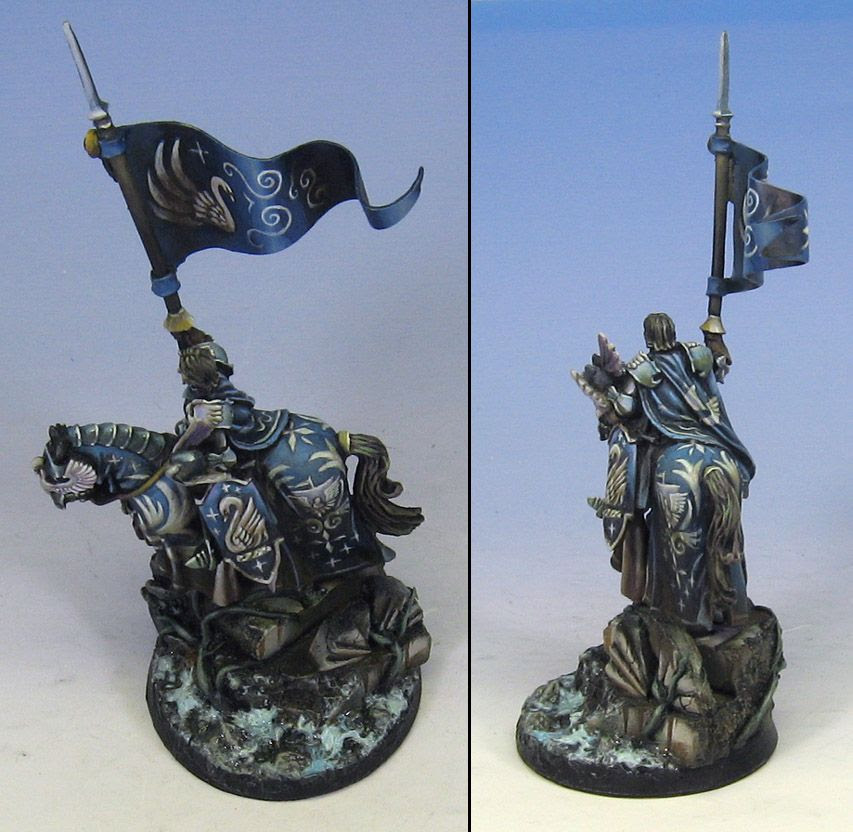 Posted by wappellious at 11:13 AM No comments: