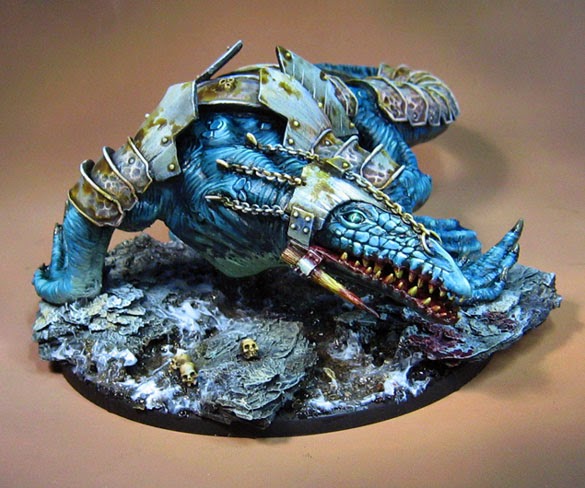 This massive creature is from Mierce Miniatures. 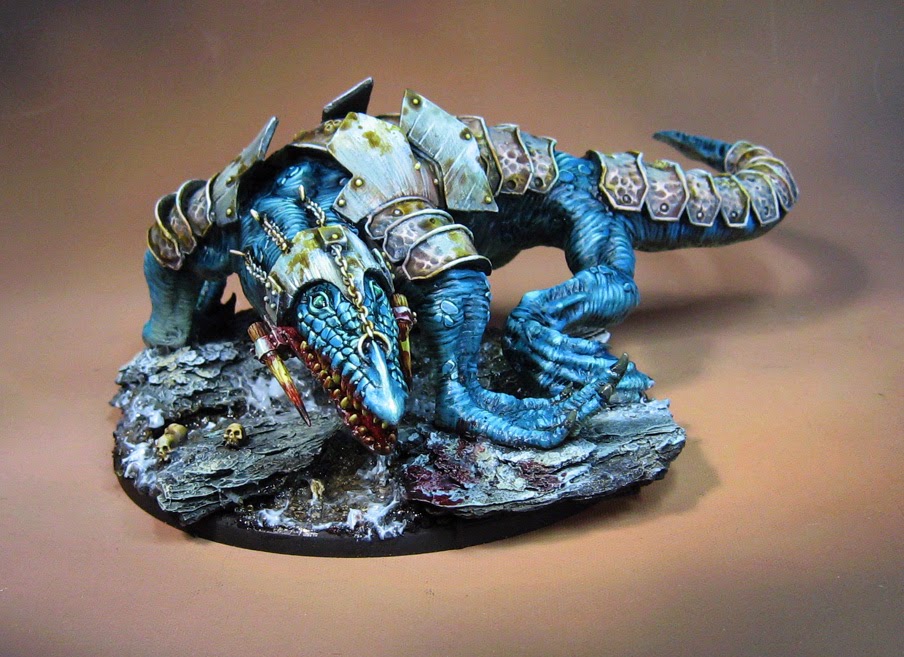 To give you an idea of its size, the base is larger than a DVD. 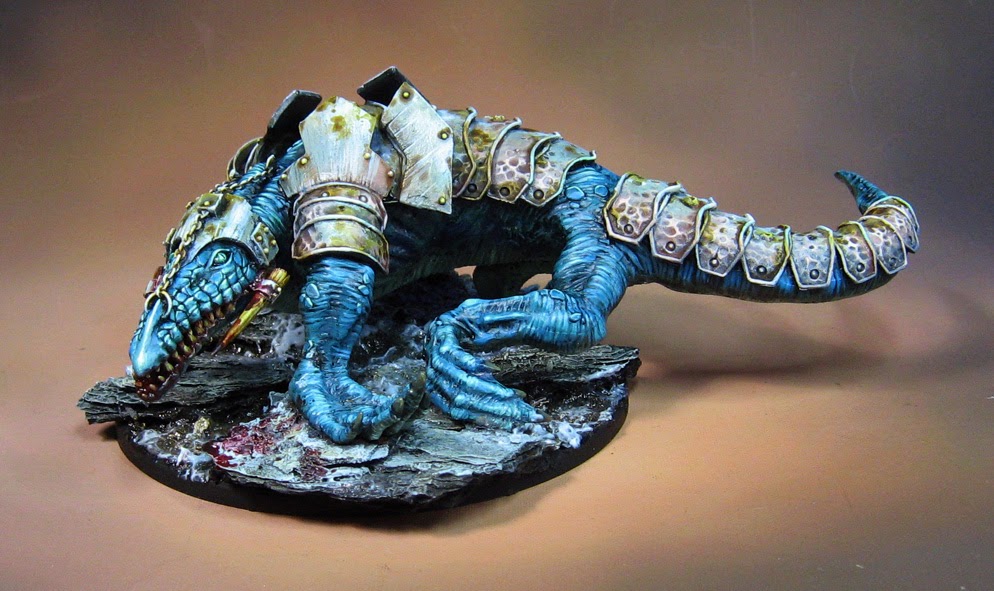 It is a giant mass of resin, and he obviously towers over most things on the battlefield. 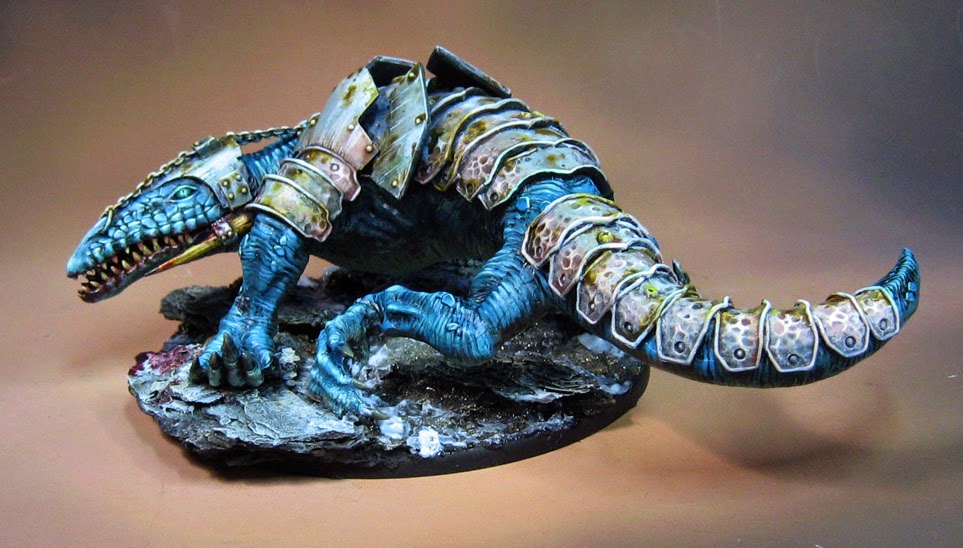 It was a challenge to get him on that base, which you can see in an earlier article on the basing process. 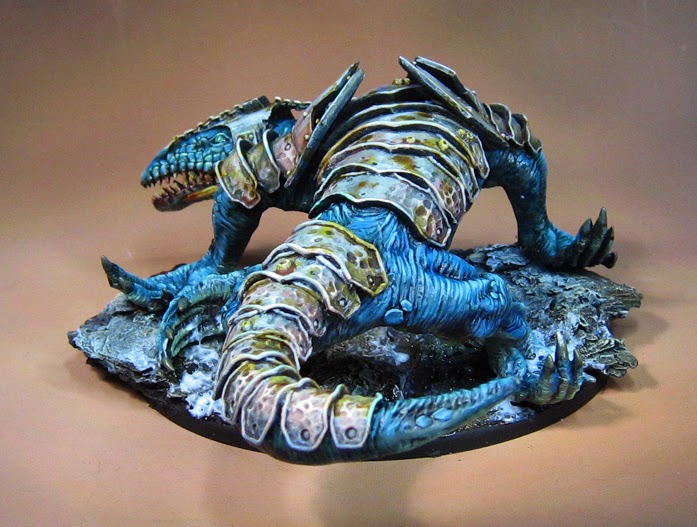 Since the bottom of the huge feet were flat, I had to go in "after the fact" and shim the gaps with additional pieces of the tree bark.

It was planned this way all along, and I have done a similar process on other figures as well. 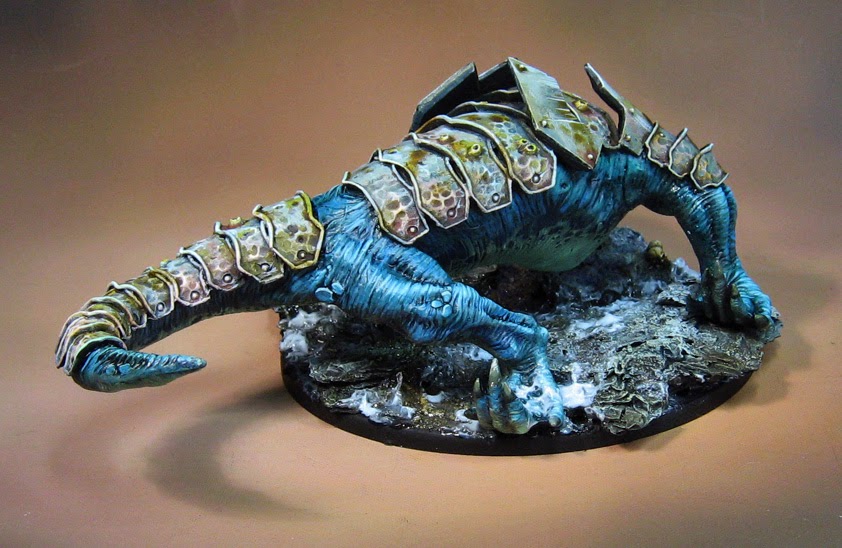 Any other gaps were covered up by the mica flakes, and that did its job very well. 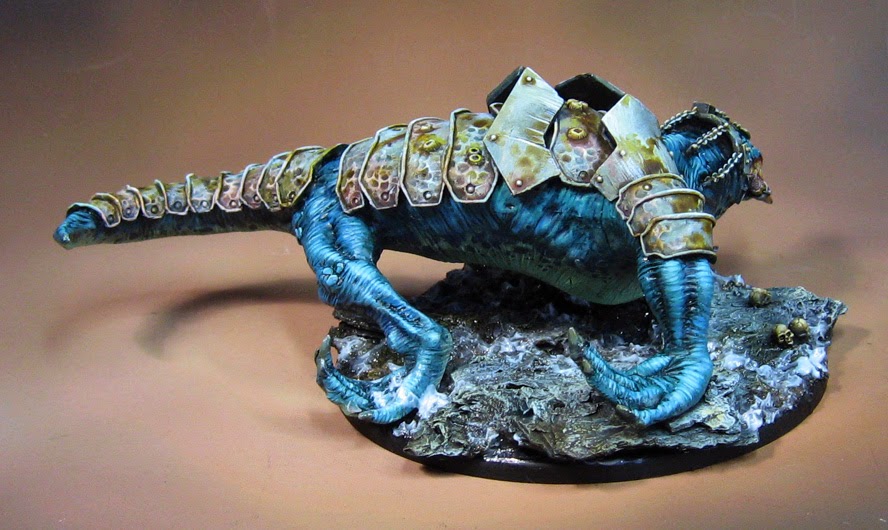 All of this additional work helped to stabilize and secure him to the base. 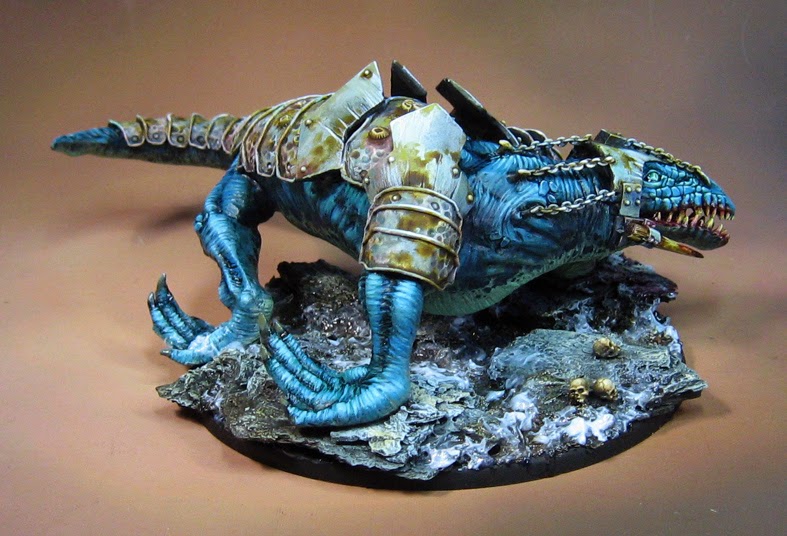 I used well over a dozen layers of Vallejo Water Effects paste for the churning waves crashing up against the rocks. 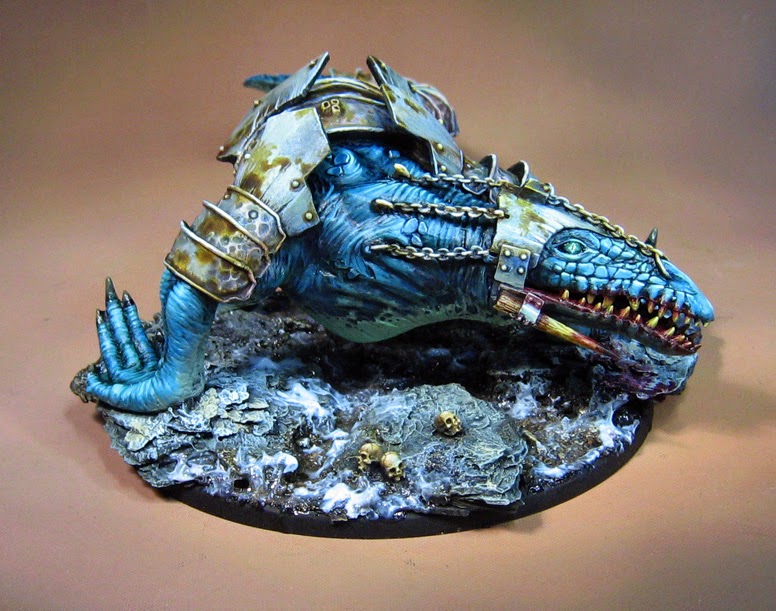 I have some views from above, as well as some other size comparison images for you coming up! 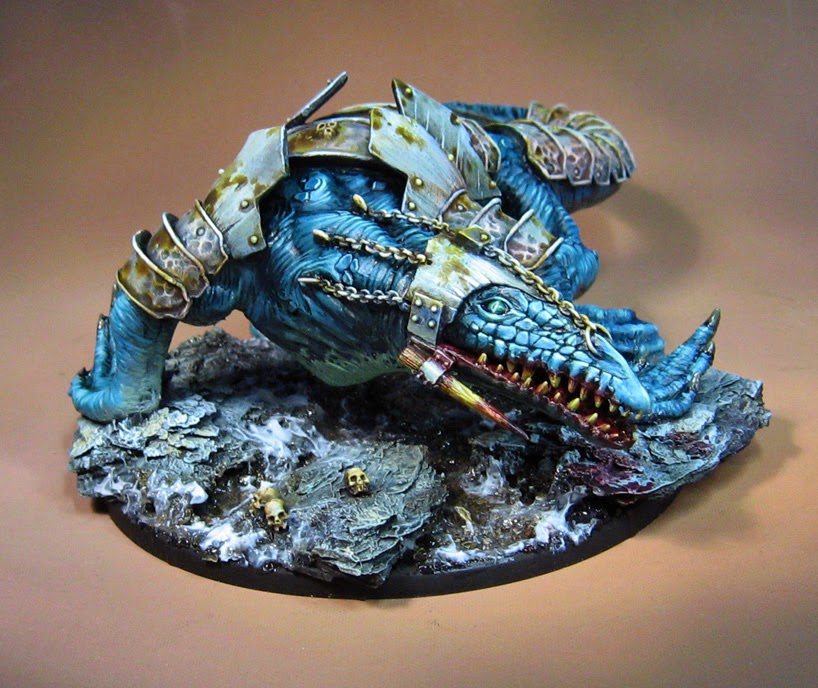 Posted by wappellious at 1:10 PM 6 comments: 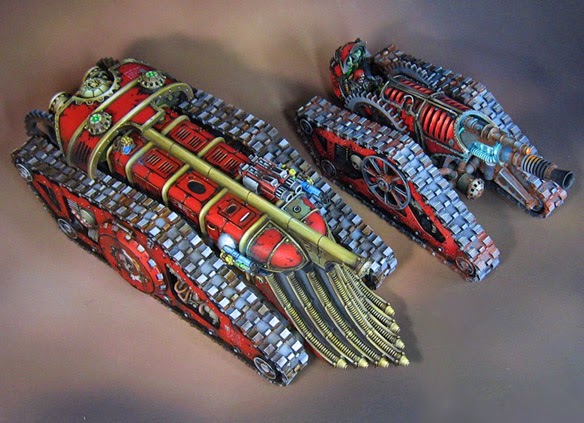 Here's the series of size comparison images I promised of the Armored Conveyor and the Krios Heavy Support.

The stark reality of these two vehicles side by side still amazes me. 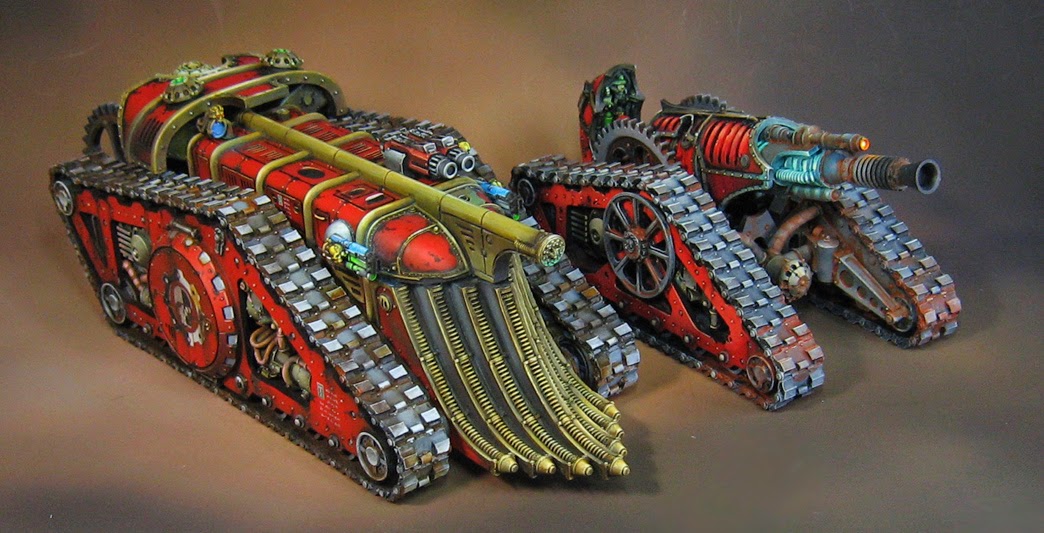 It's safe to say that the Krios is about the size of a Land Raider.  The open nature of the tread assemblies can make you lose your mind.  Much more of the inner workings are exposed than one might expect at first. 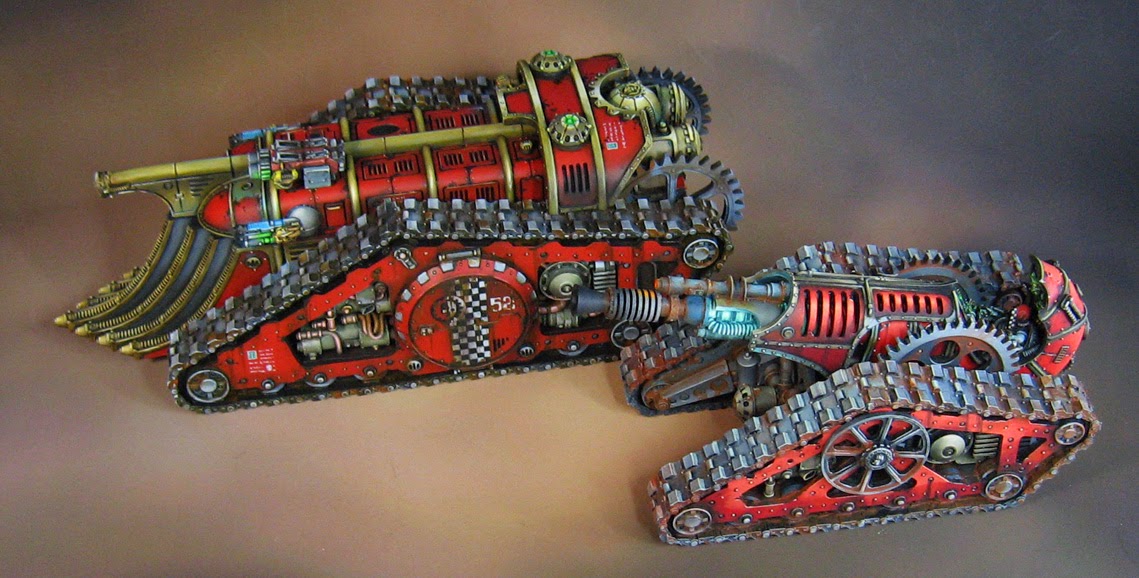 I really love this side by side view.

Even though the two vehicles were painted in the beginning and end of the Mechanicum project, the Shaded Basecoat technique made it no problem to match colors! 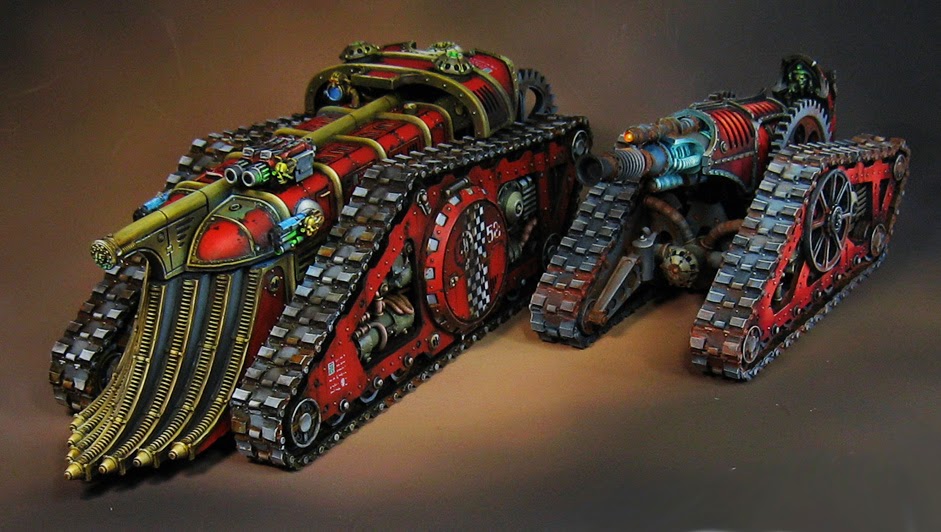 I now leave you with this.  Cheers!!