The doom of the Dryads 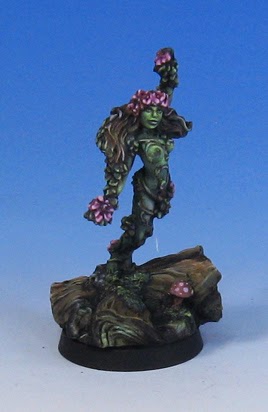 Reaper miniatures has a few different Dryad sculpts in their collection.  Both of them are very nice... and I had considered each one for the painting green fleshtones video.  Ultimately I went with the troll, since the surfaces were a bit broader and it would allow me to do even more varieties of green.

So, I had a few of these around, since I needed to have anywhere from 2-4 miniatures for each video.  Since this figure had the flowers on it, I thought it would be better to go with the troll, which did not even have a club in its hands.

I sculpted the base for this figure as well.  It was part of the "Forest for the Trees" basing video.

Posted by wappellious at 3:10 PM 3 comments:

A bit of purple 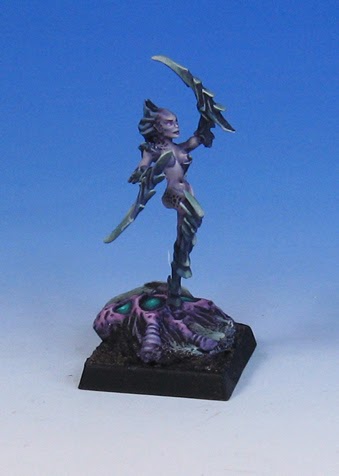 As I was finishing off a few more of these, it reminded me once again why they made such perfect subjects for the demonette flesh video.  Tons of easy to paint detail in the faces.

And, as usual, I had lots of fun with the subtle color transitions, moving from high crhoma to grayed down, warm to cool, and so on.