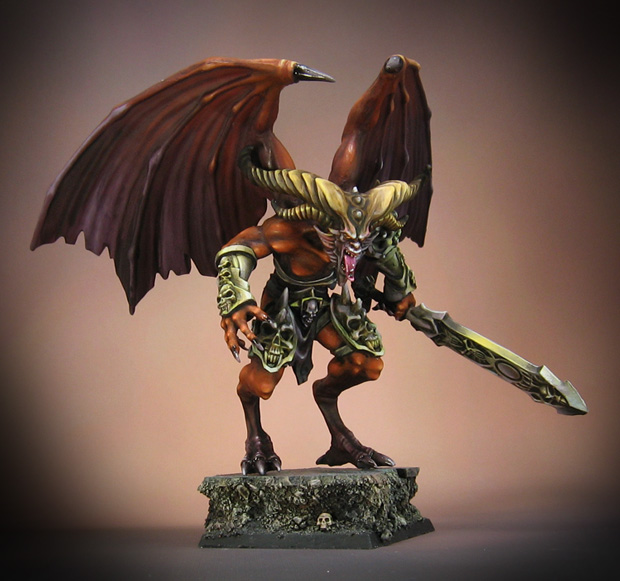 This Ultraforge demon was featured in one of the later videos created for the Painting Pyramid Kickstarter.  The idea was that it would utilize many of the techniques learned from the 'earlier' videos, or those know as the core set.

That video was called "The Blood Demon", and man was it a challenge!  This was mostly due to the truncated painting time.  I believe there was about 88 minutes set aside for the painting, once you factored in opening and closing credits, discussion of brushes, the palette, etc.

It had been sitting around for quite a while, and I decided to add a few more touches to it.  I focused on some of the new things which I had learned in the time since this one was painted.  There were also some new materials which I didn't have available during filming, such as the Reaper clear paints.

Posted by wappellious at 1:31 PM 4 comments: 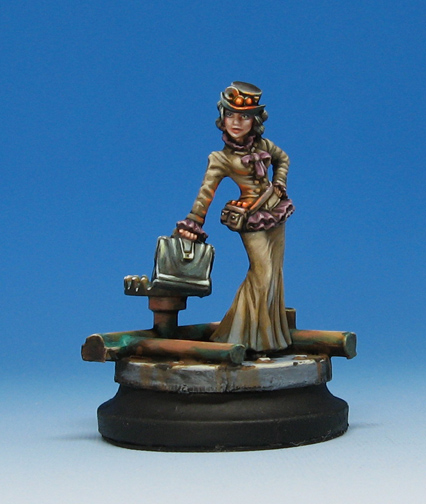 I had found some interesting 1880's clothing images as color references, and I wanted to try out this light tan with dark trim outfit.  It seemed like those muted warm colors might work well with the iron and brass theme base!

Some of you might recall the "how to" post that I made when these were created.  It's in the basing section under the name "That really grinds my gears".

Time is getting short on the Bombshell campaign!!!  Just 48 hours to go!

Posted by wappellious at 1:23 AM No comments: