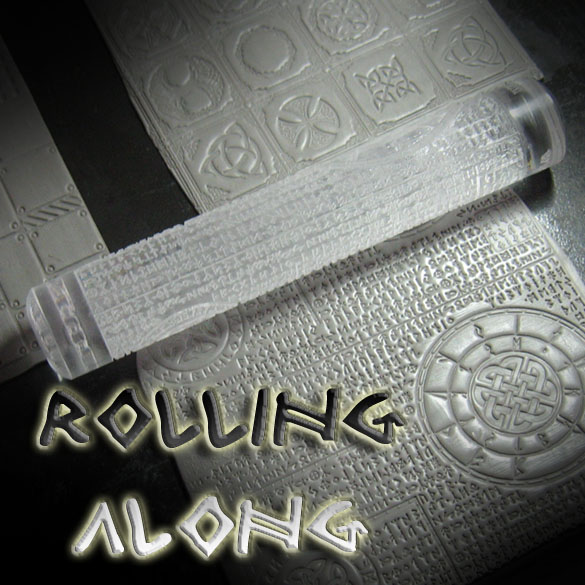 Here's something brand new that just arrived from Green Stuff World!  This is a set of texture rolling pins that I thought would work perfectly with my existing sculpey basing techniques. 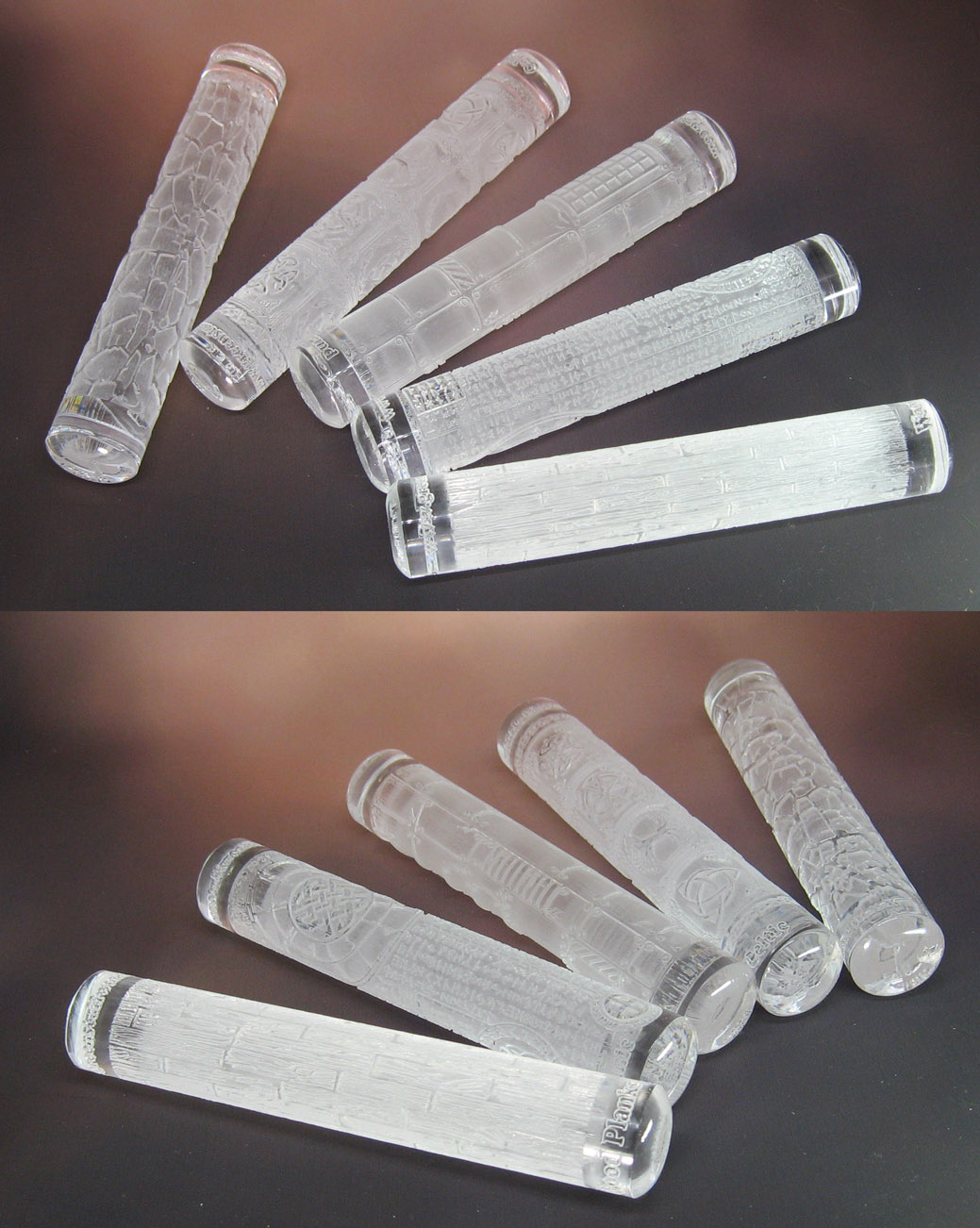 The set consisted of Ice/Stone texture, Runic, Celtic Tiles, Deck Plating and Wood planks, along with a plain rolling pin. 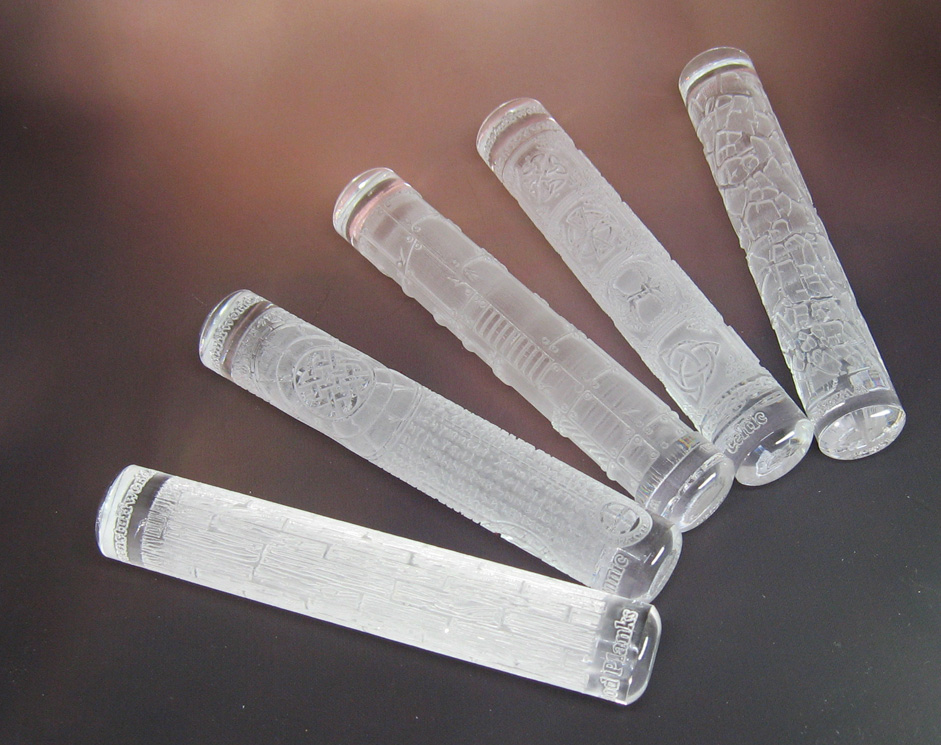 Normally I would use my white plain sculpey, but something told me that I needed something a lot stronger.

This type of sculpey is very strong, but is also designed to be very pliable, and accept texture.  It also breaks more cleanly than the pink variety of sculpey.

My other concern was that the sculpey would stick to the pins, especially where the texture was very deep. 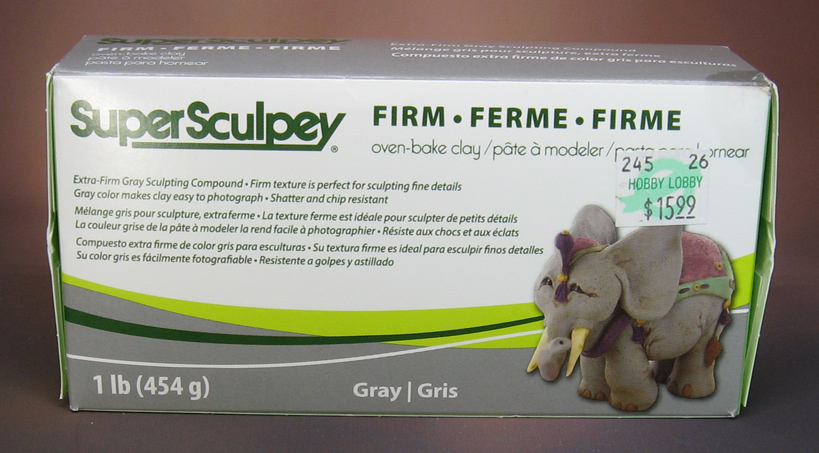 I used the plain rolling pin to extend the sculpey piece to the same width as the texture pins. 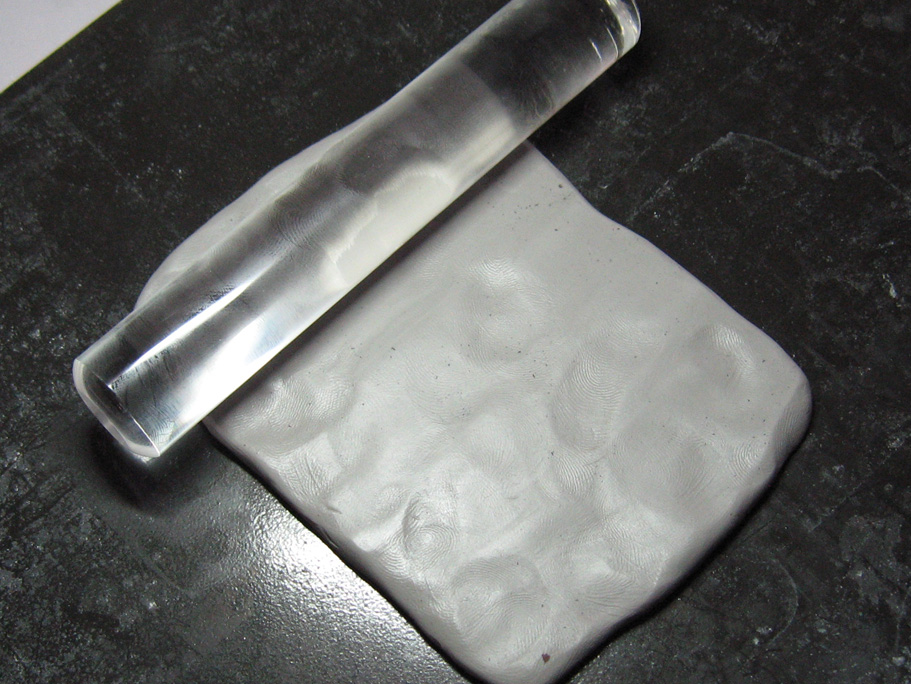 Once that was ready, I cut the block to a more precise shape. 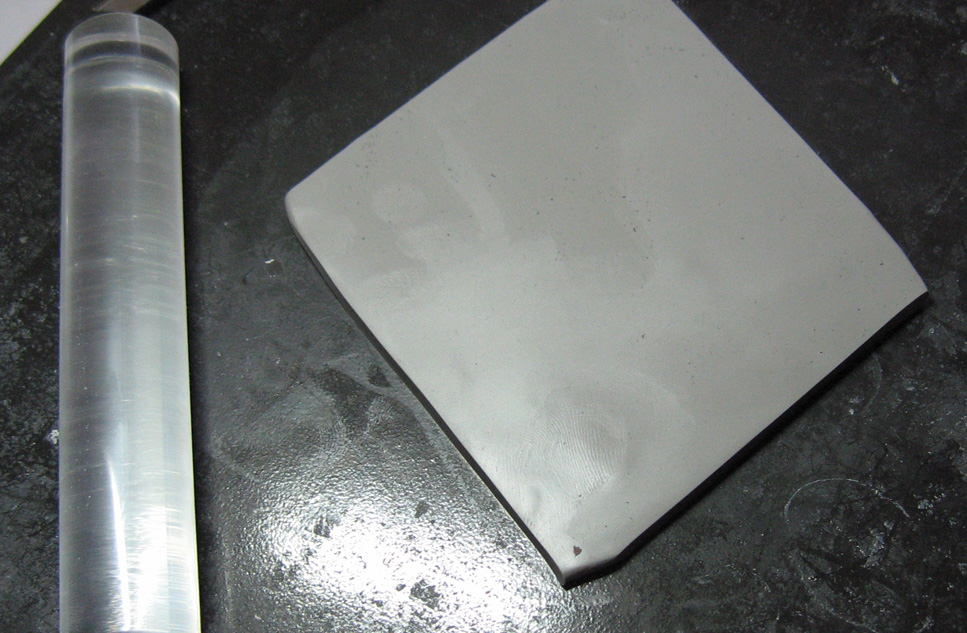 I grabbed one of the deeper textured pins to see what would happen!! 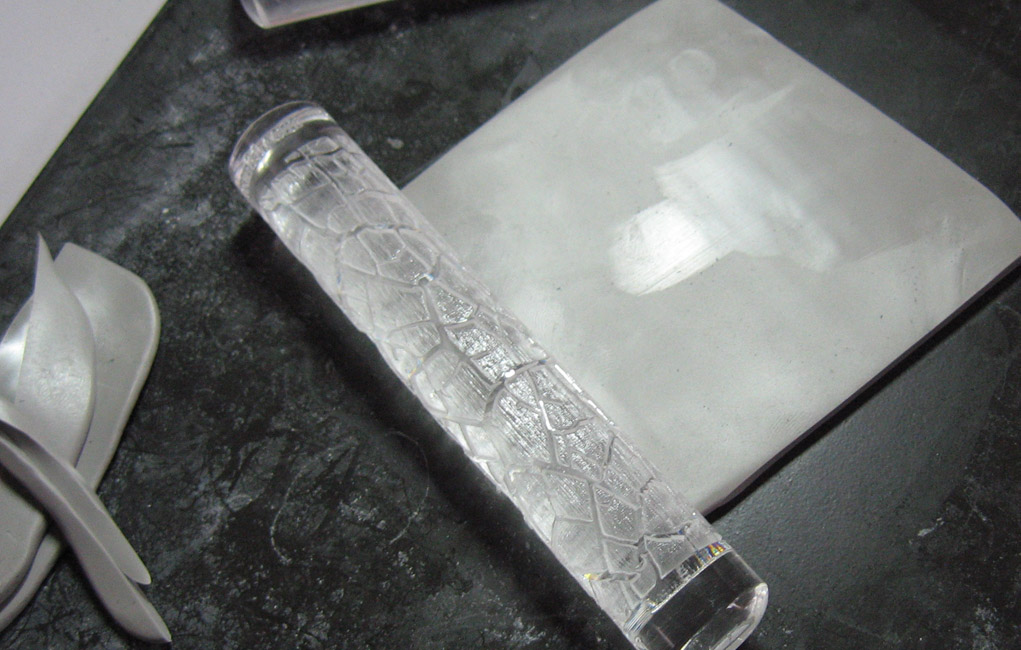 It rolled right across... no water needed, no need to 'freeze' it in the refrigerator, etc. 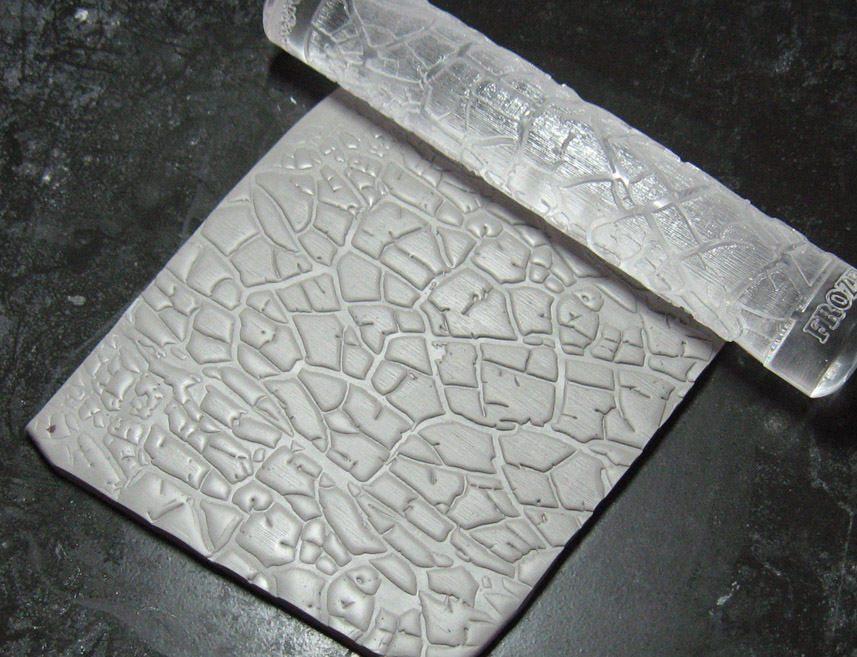 This one definitely required the most push to get all the texture to translate. 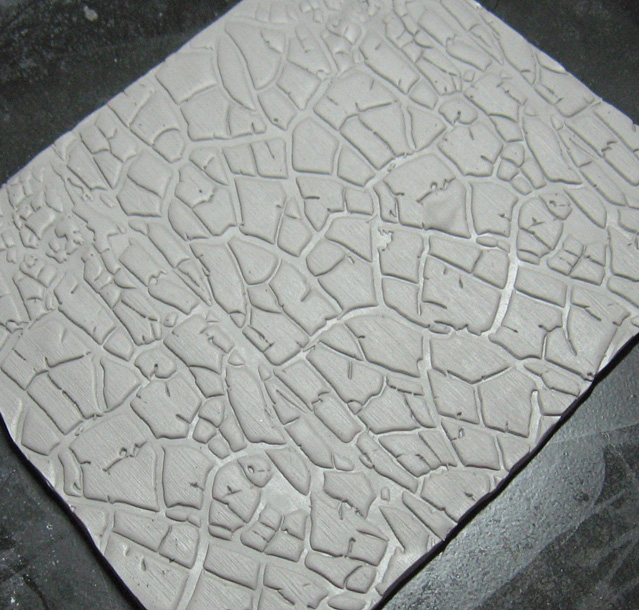 On to the Deck Plating.  I think this will be very fun in concert with my other sci-fi and steampunk basing techniques.  Since I am effectively rolling out my own sheets, it even makes it practical for covering large swathes of terrain as well!  Very exciting. 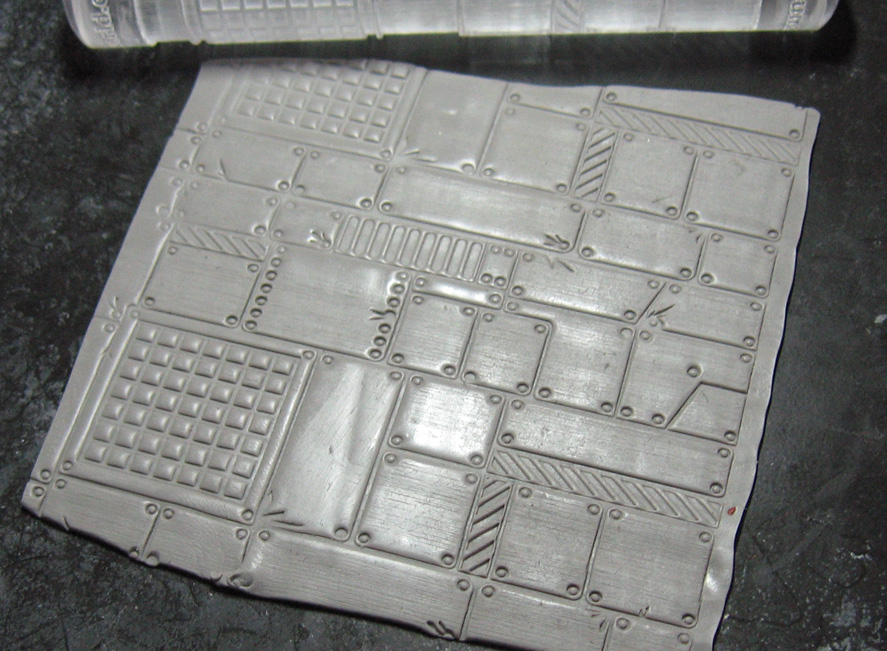 I think the Celtic Tiles were my favorite.  It's the one that caught my eye when I first saw the set on the Green Stuff World webstore.  It was also on sale, which meant that it was around $60 with shipping. 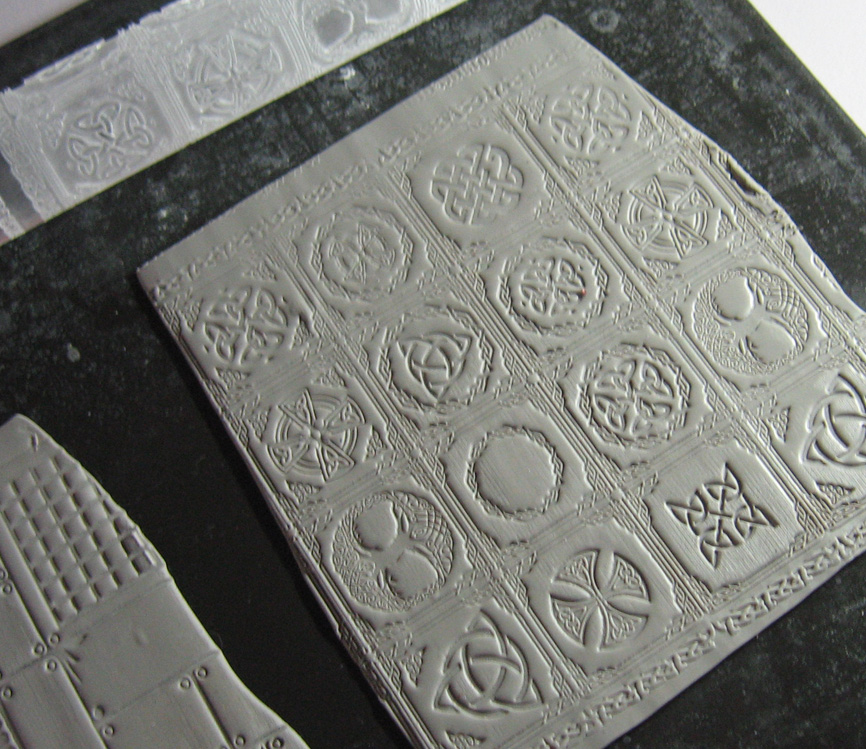 The Runes!!  Now this certainly saves some time!! 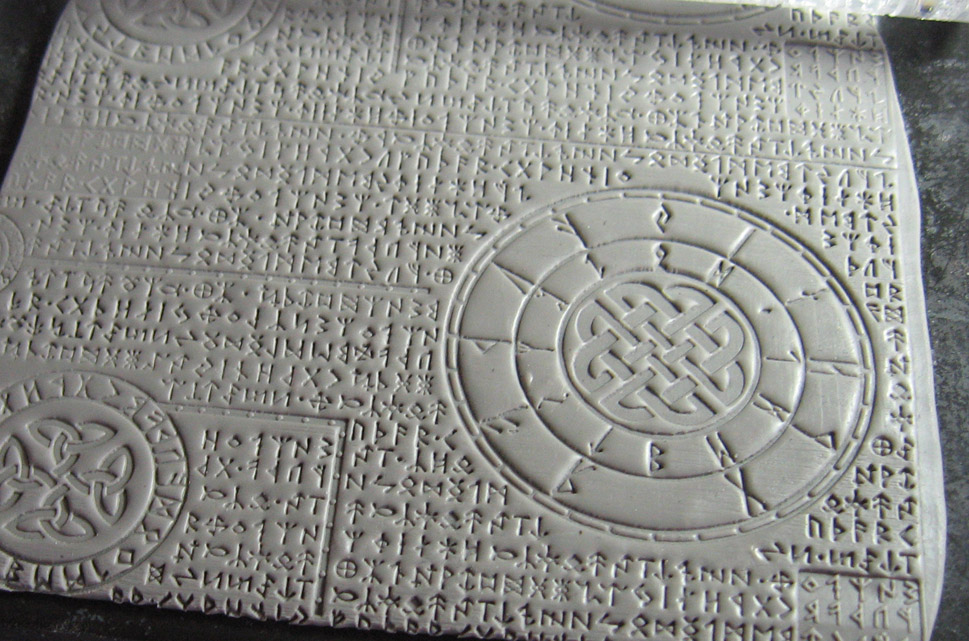 The first test sheets have been baked, so stay tuned for the next episode when I build some bases with them!  It's gonna be a blast... 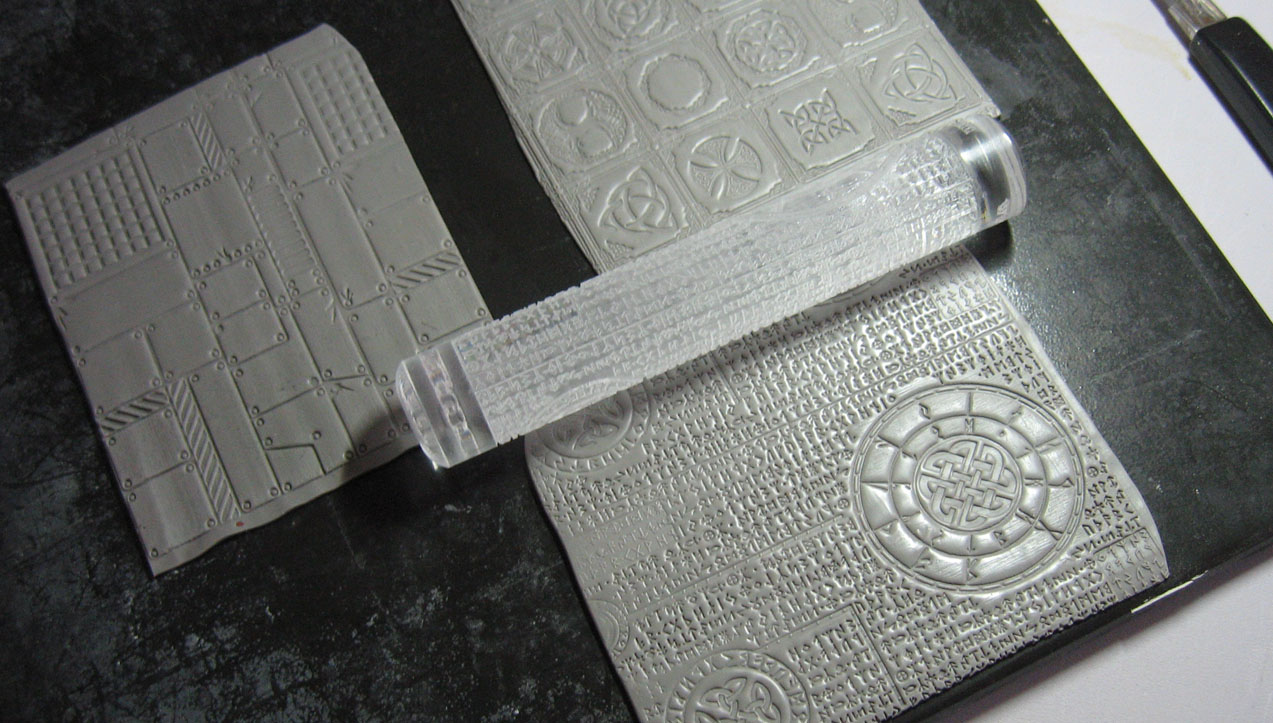 Posted by wappellious at 2:47 PM