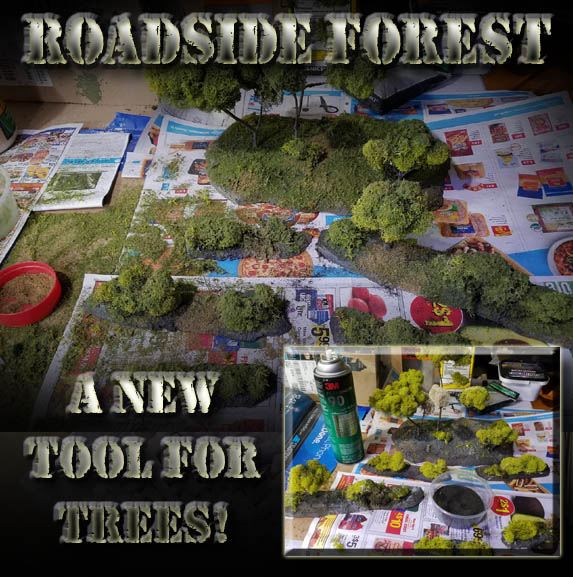 As I was working on the display board for the Little Wars tournament, I was continuing a similar process on my road sections and some other elements for the upcoming Battle of Arras board.

Since I was making roads and trees for the display board, why not make usable terrain pieces!

In fact, I used some of the leftover foliage from that display board on the road sections... 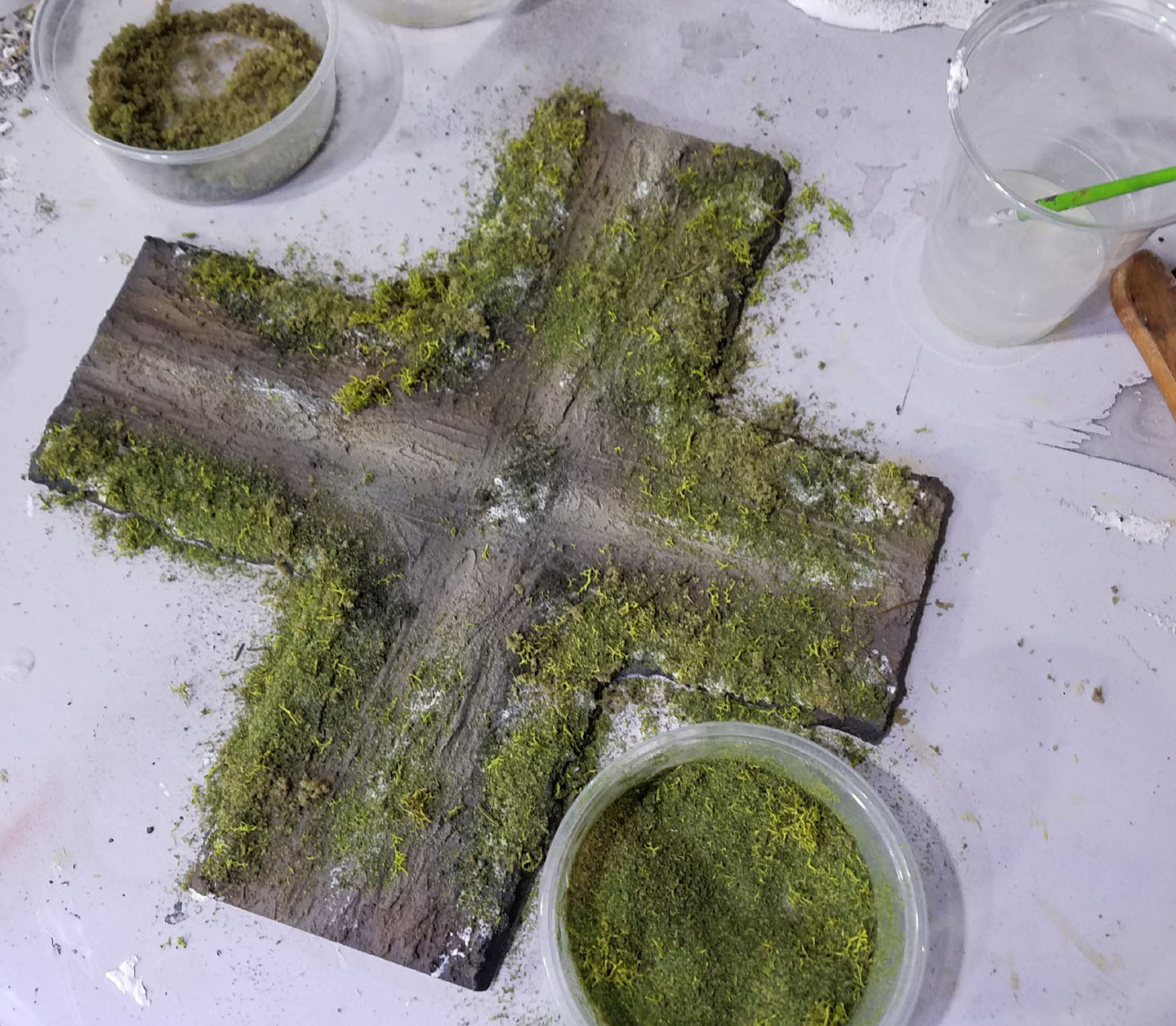 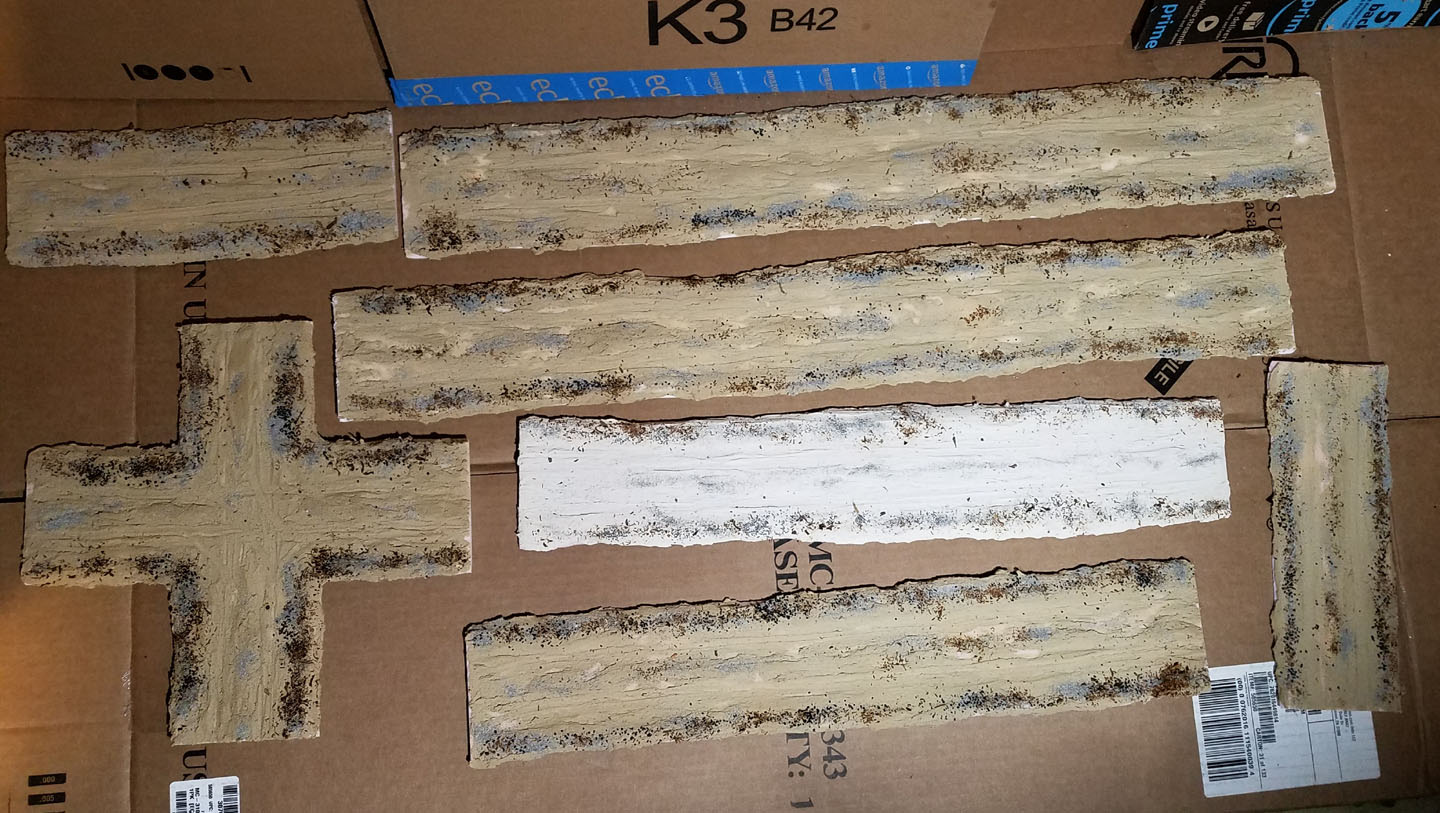 A watered down wood glue mix was used to attach that foliage to the road, in the same manner as the display board: 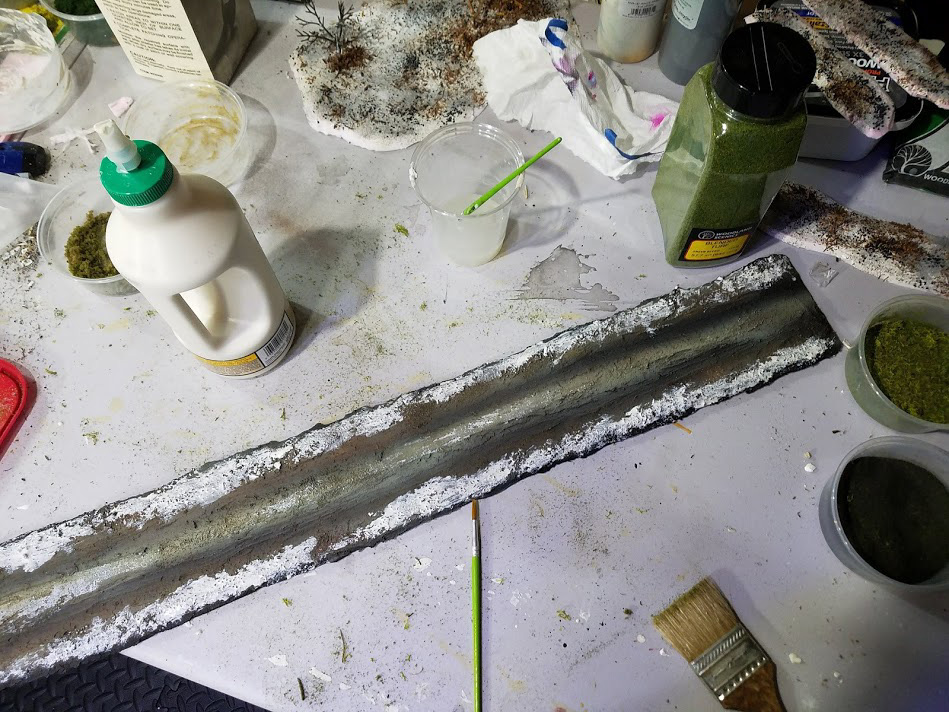 Originally I was going to put some bushes and shrubs on the sides of the road sections, but I need this batch to be easier to transport, so a lower profile is needed. 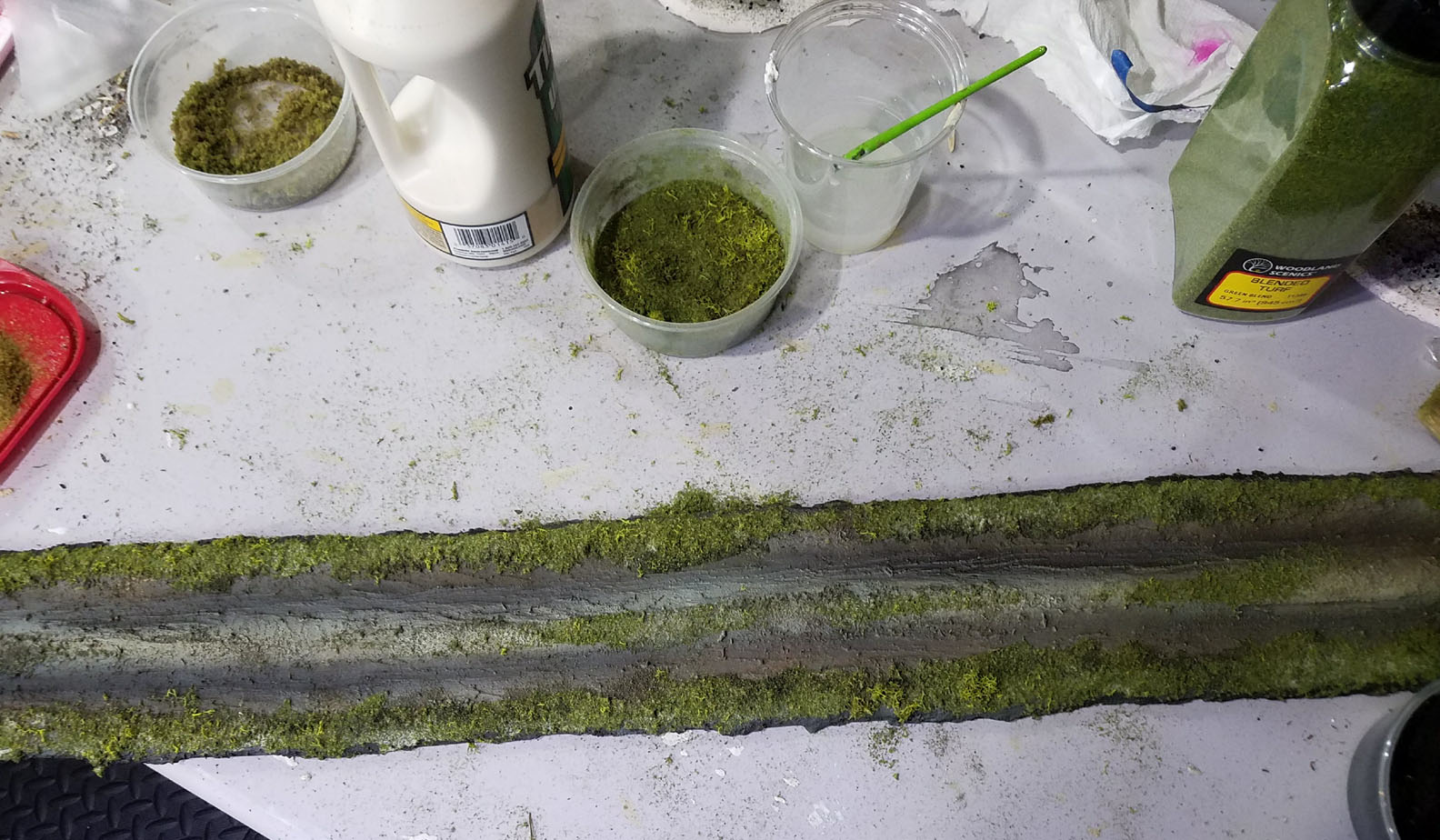 While I created the trees for the display board, I had another batch of tree stands under way.  These would range in all manner of sizes and shapes.  I needed a few large sections for the middle of the table, since the big hill and ridge line sections won't be used in this report.

I made some longer, narrower pieces to go alongside the roads, and also place in front of the painted backdrop. 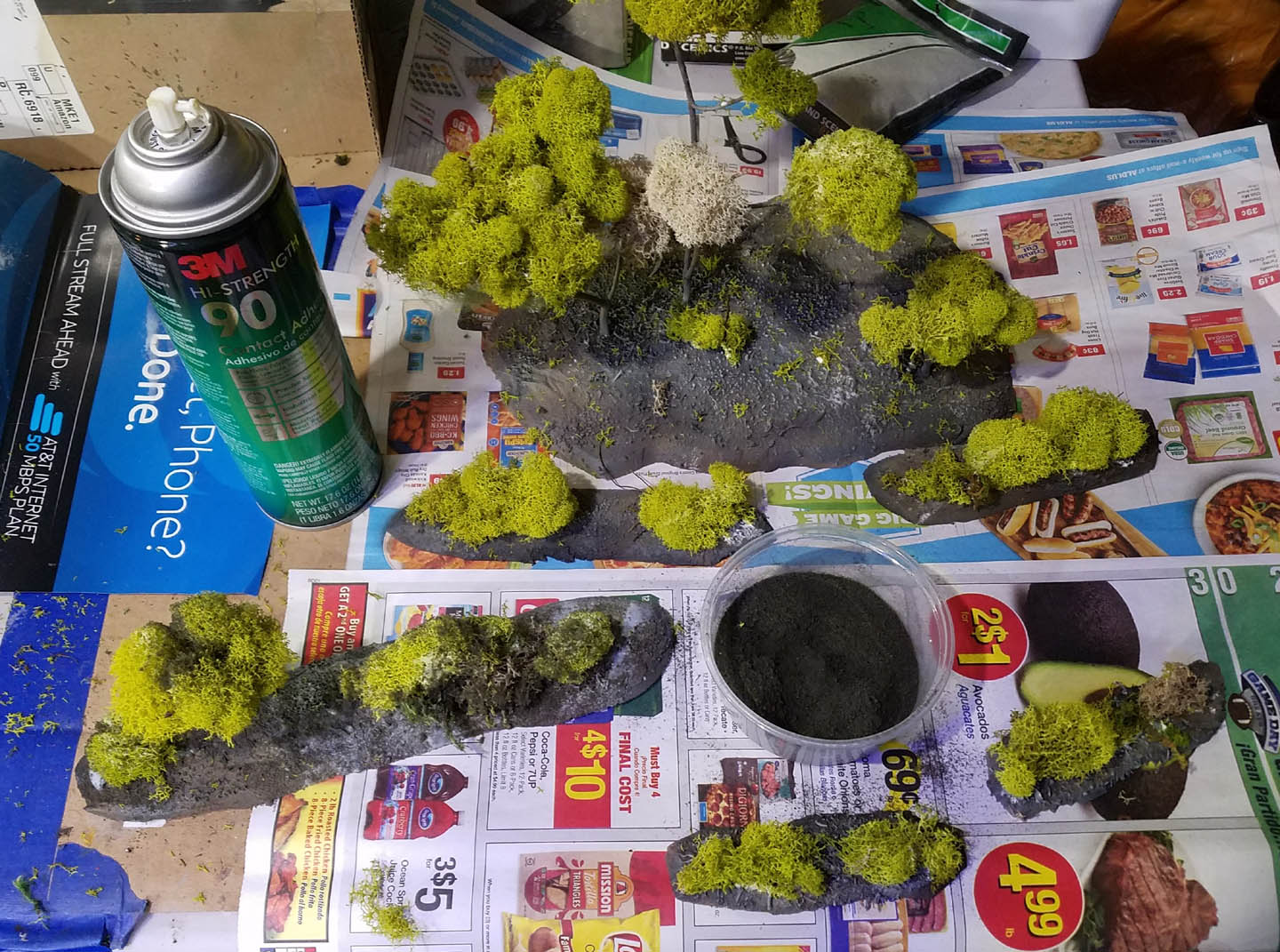 Just as I did on the display board, the spray adhesive was use to adhere the flock to the moss.  I began with the fine, dark flock in order to "shade" these parts. 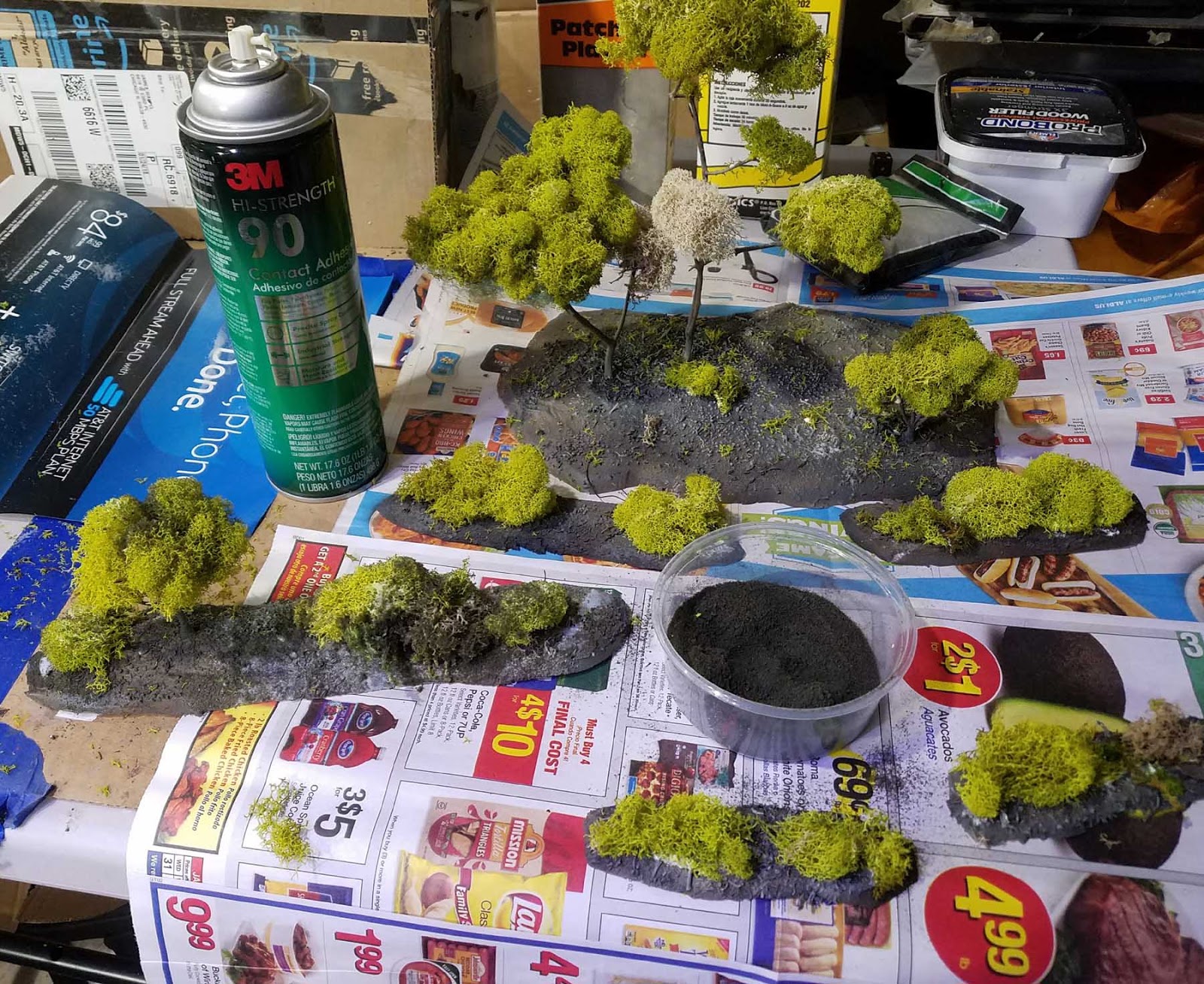 The coarse flock was used to get a bit more texture and color variety on the trees and bushes. 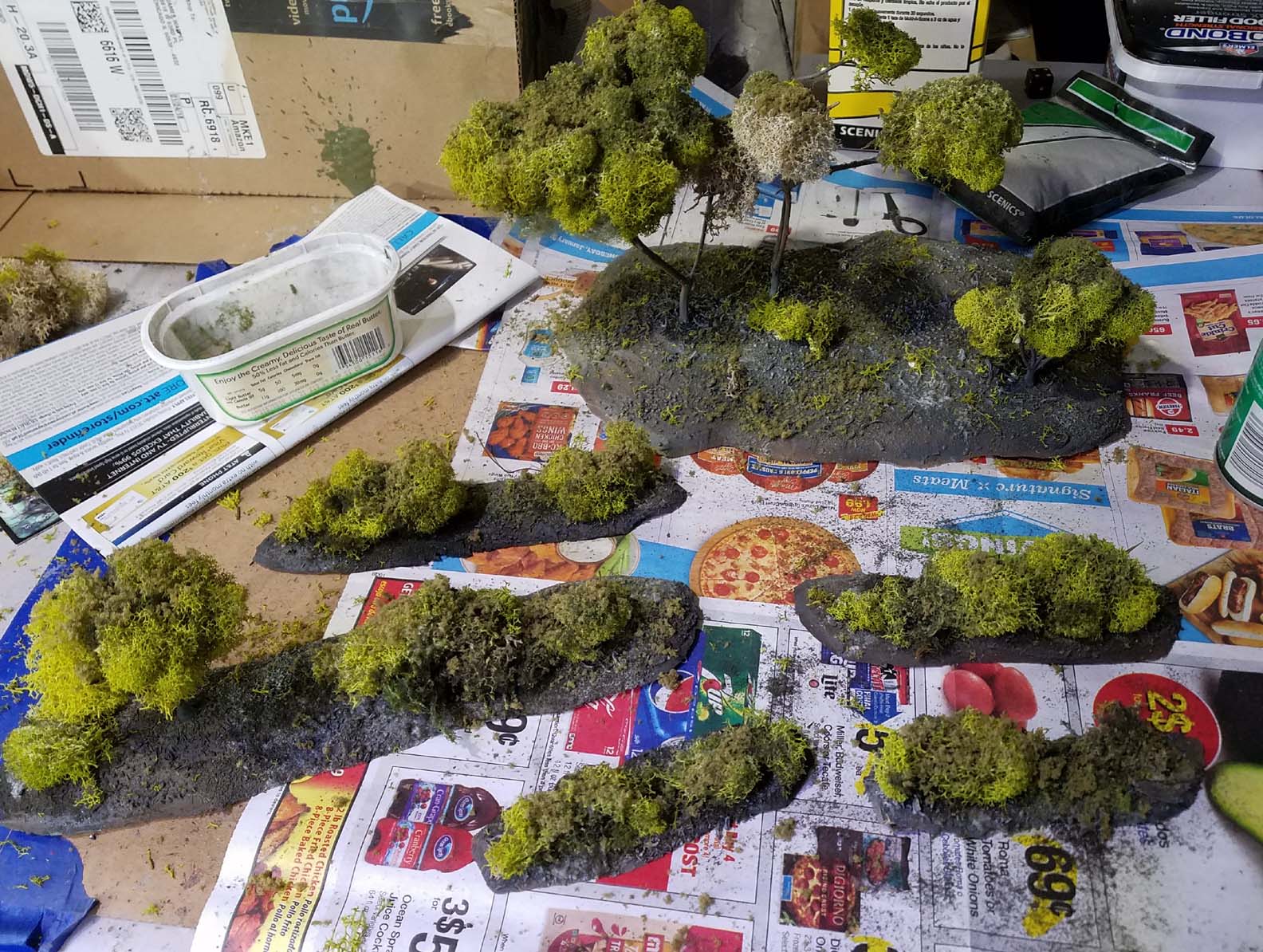 Once all that had been completed, I could go ahead with the final layers of greenish flock.  This is much finer than  the previous layers, so it sticks very well to all the texture that is in place. 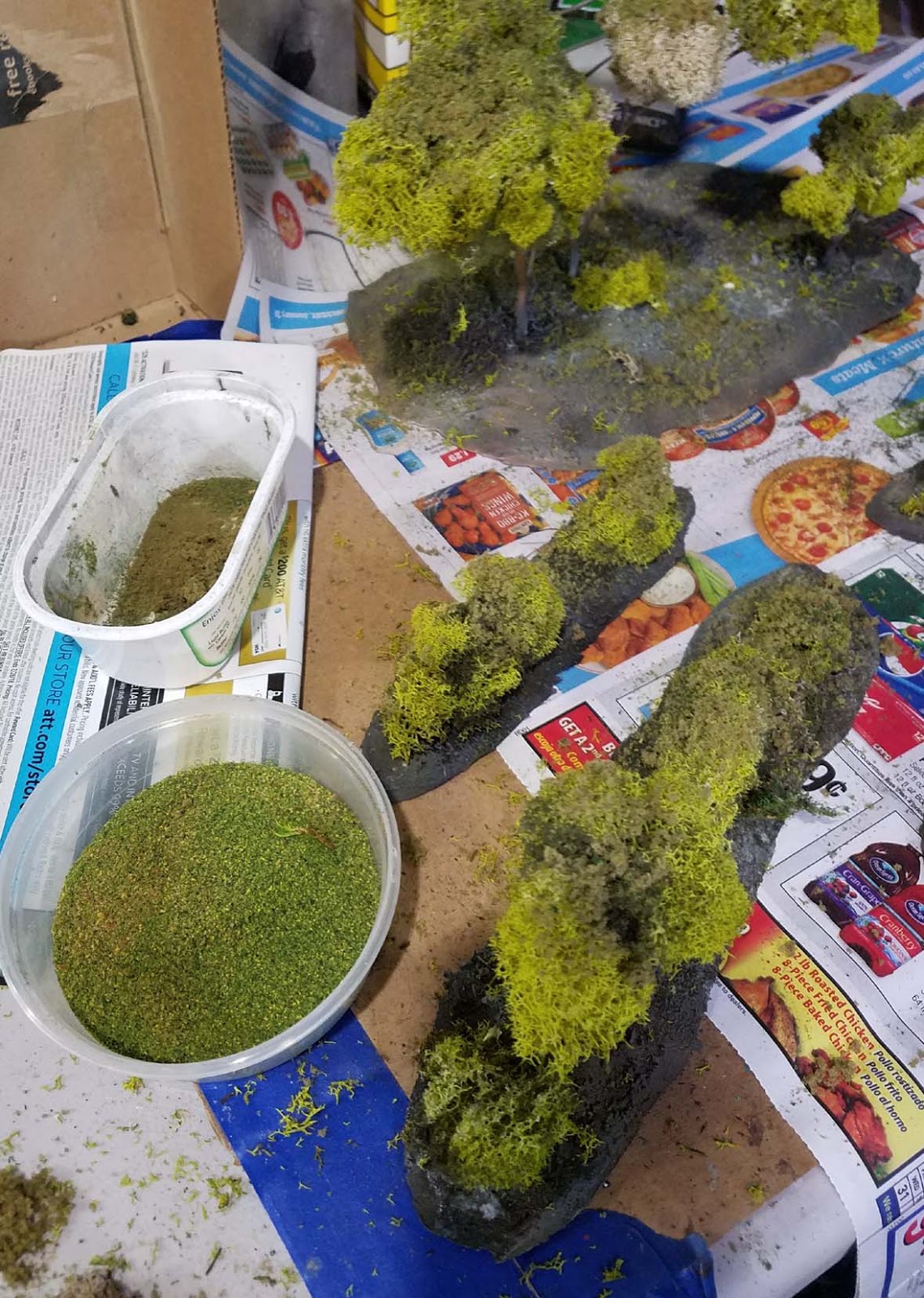 I make sure to have newspapers all around the work area, since it makes it MUCH easier to scoop up what does not stick and put right back into my container.  This is a lesson that I learned the hard way. 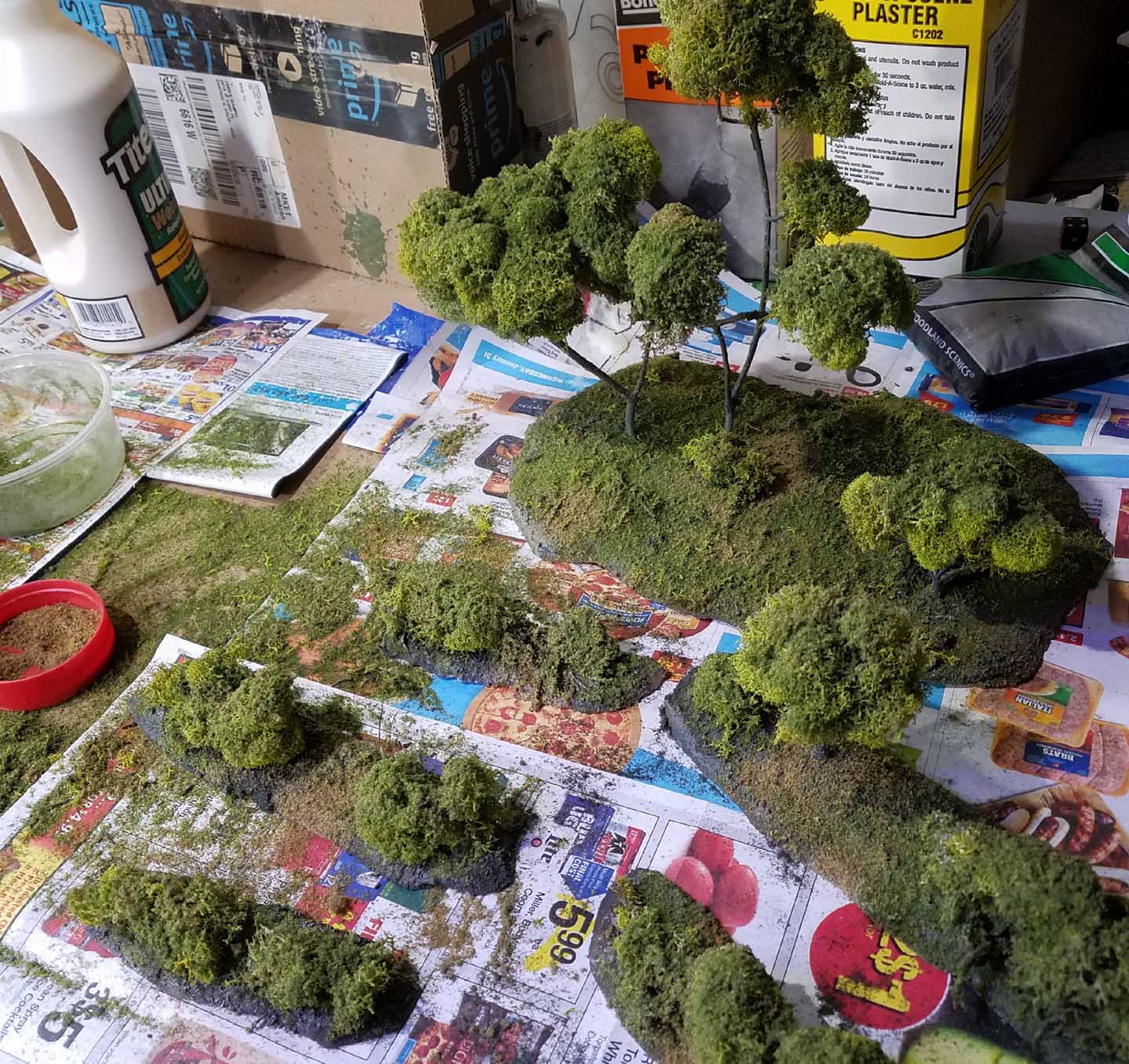 Here we go!!!  New terrain pieces all set for the next batch of filming.  If you want to see what they look like on the table, you can check out my previous posts on the Ardennes board, or check out some of the battle reports on my YouTube channel: 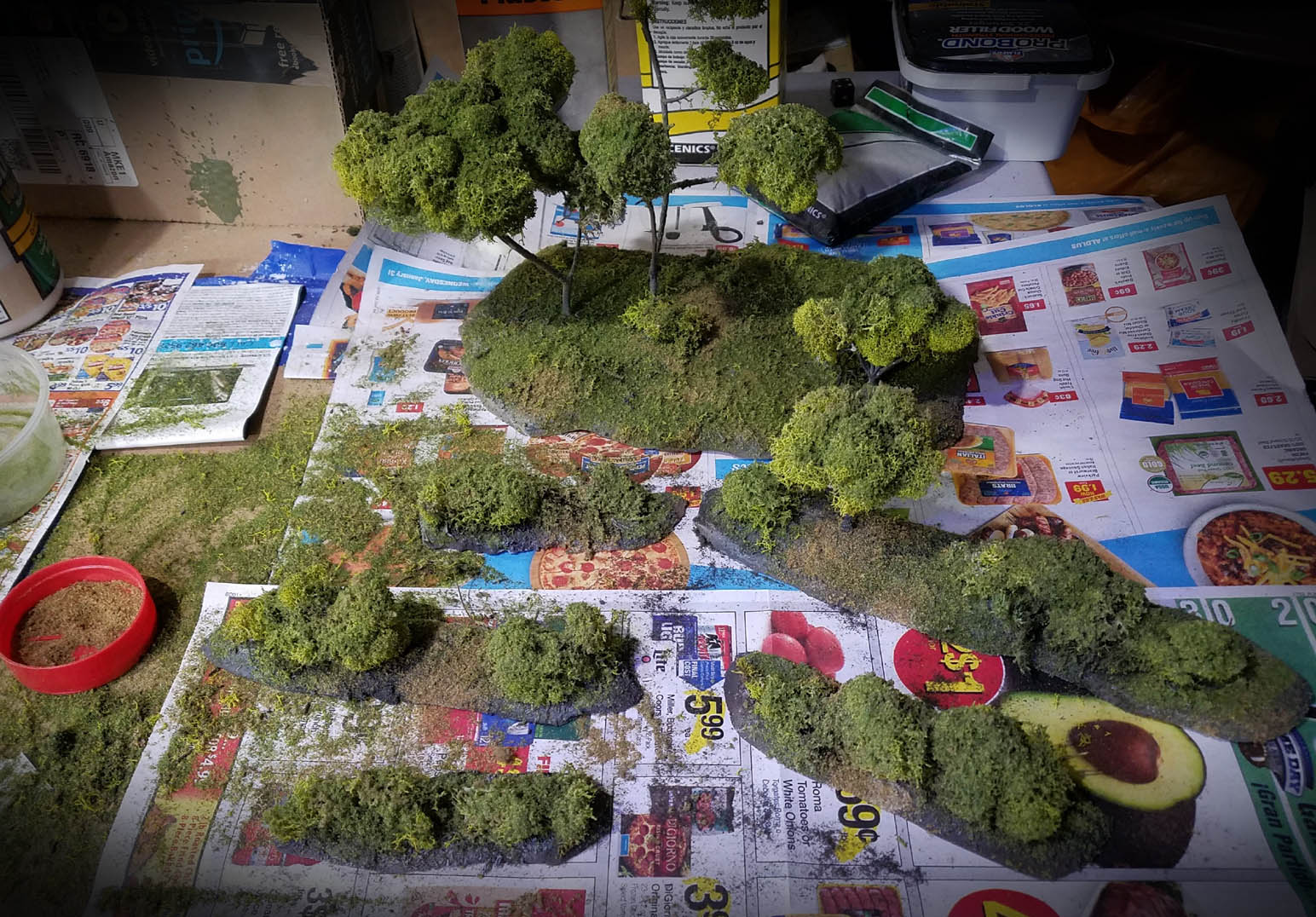