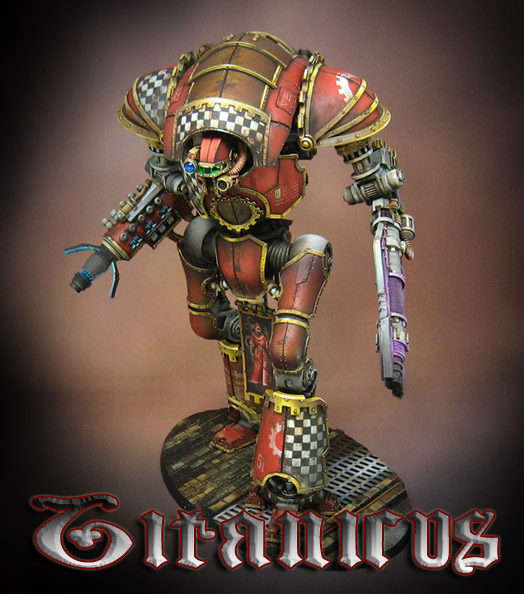 It's been a long time since I showed a few of the in progress images, so I finally got a chance to process the finished pictures for you! 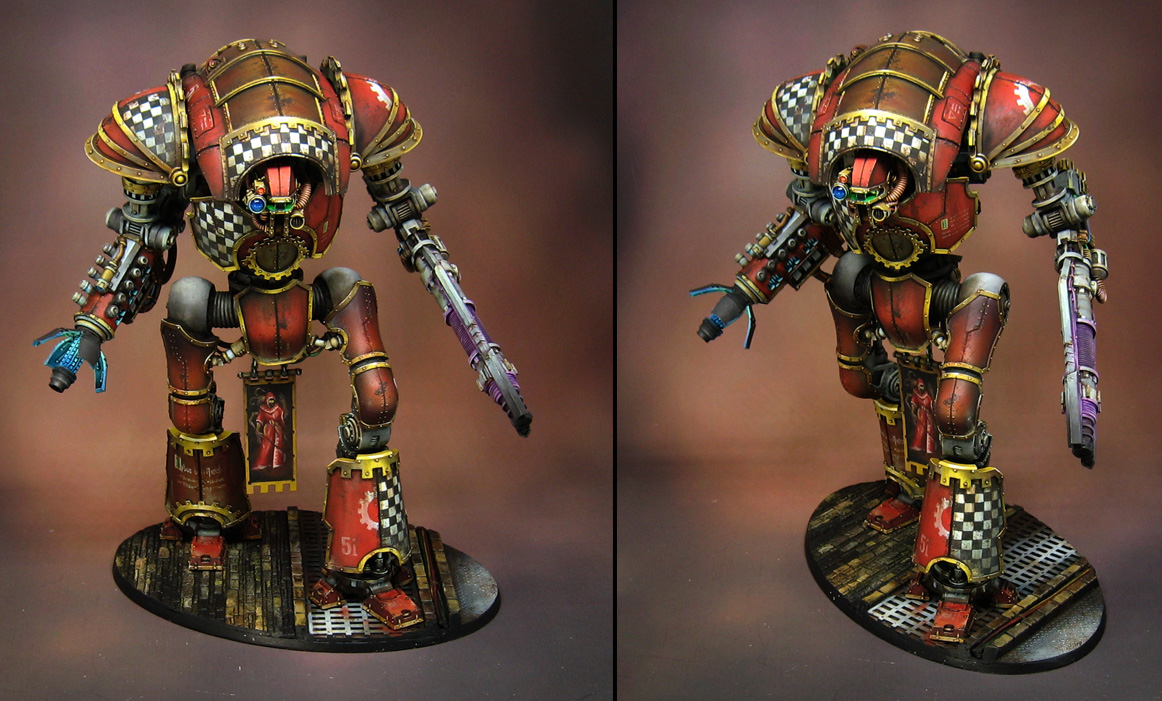 This massive beast stands around a foot tall, and as you can see, it has a ton of exposed pistons and other parts under those cowlings. 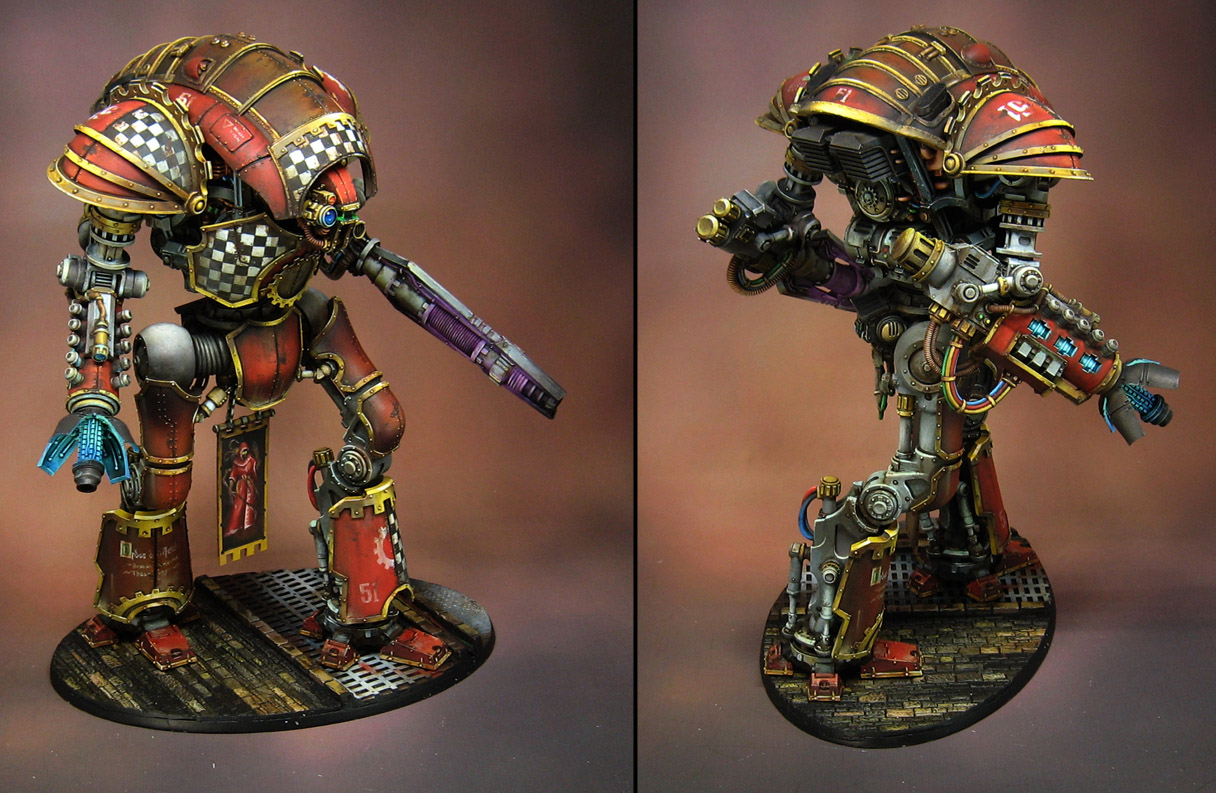 These views give you some sense of the insanity! 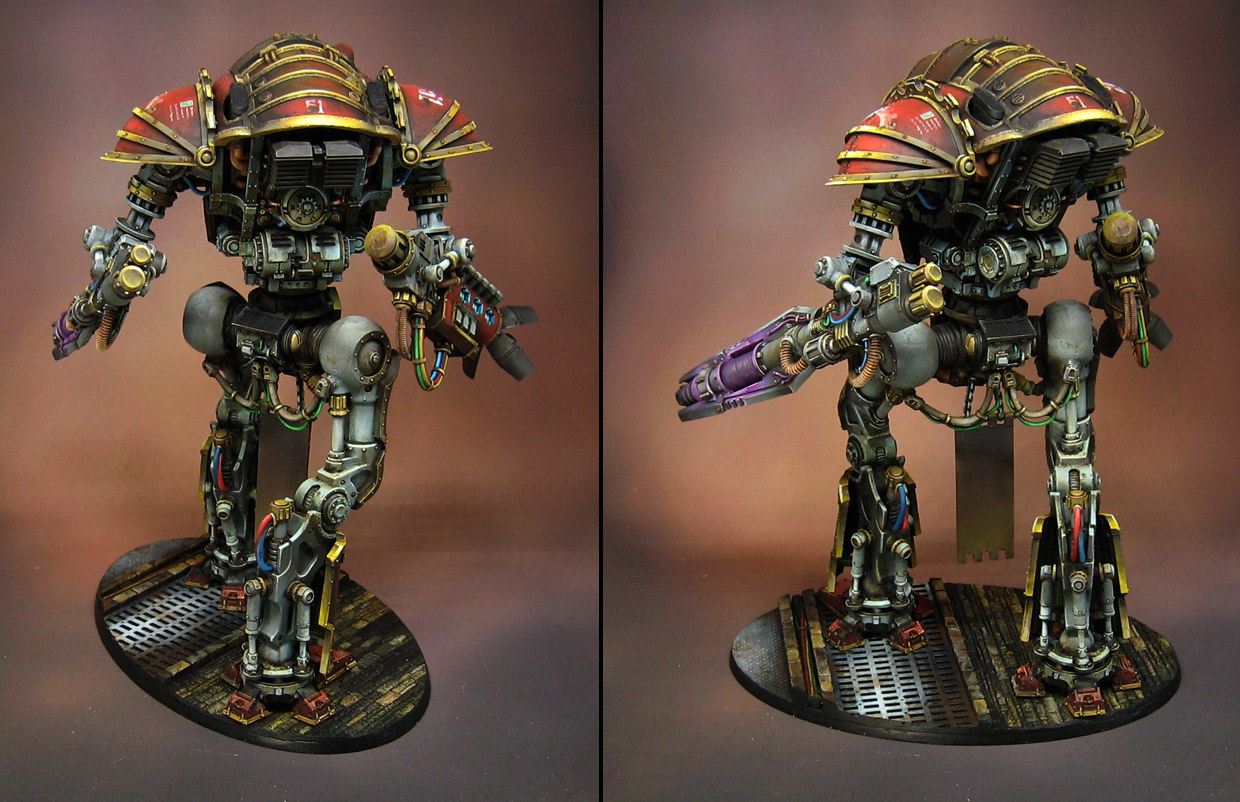 The figure is still articulated at the waist, but the arms were locked in place.  That was the best way to arrange that, since the weapons were just too heavy, and had a tendency to drop the arms down! 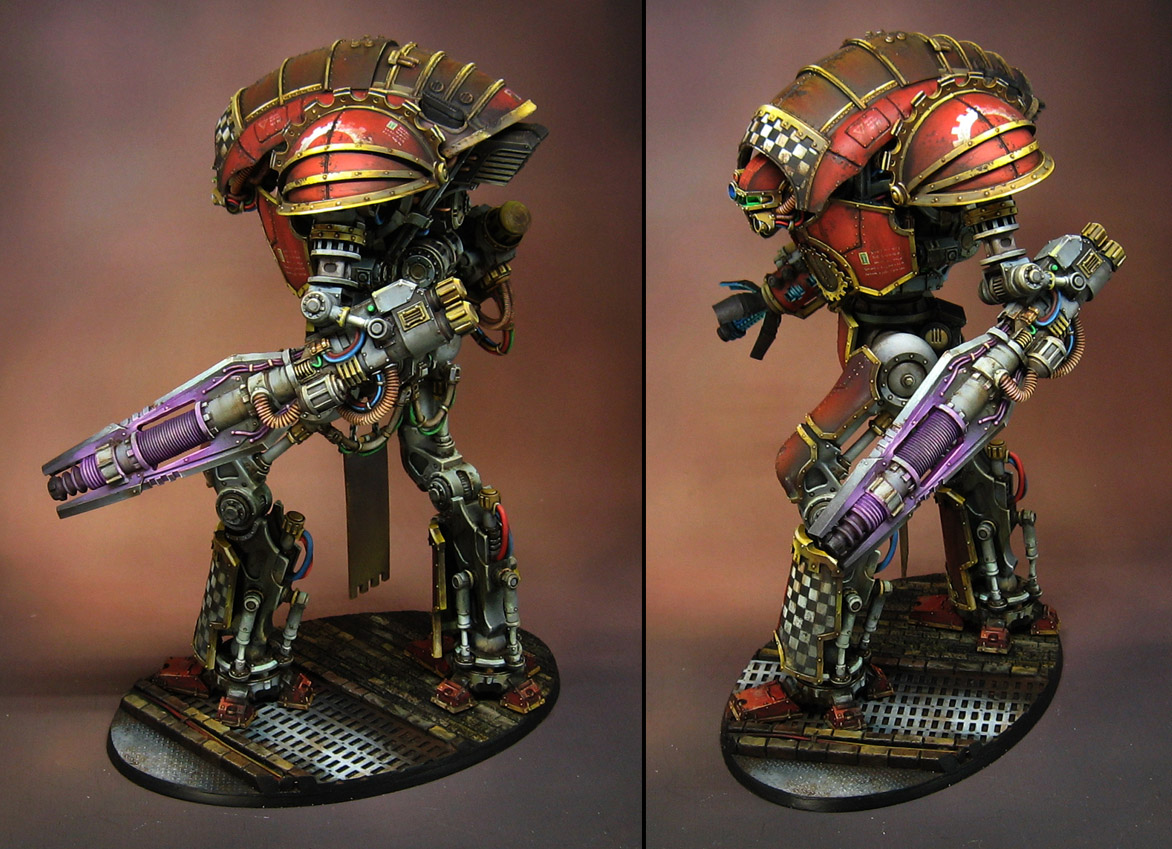 I painted this to match the rest of the Mechanicum army, with lots of gears and checkerboard patterns. 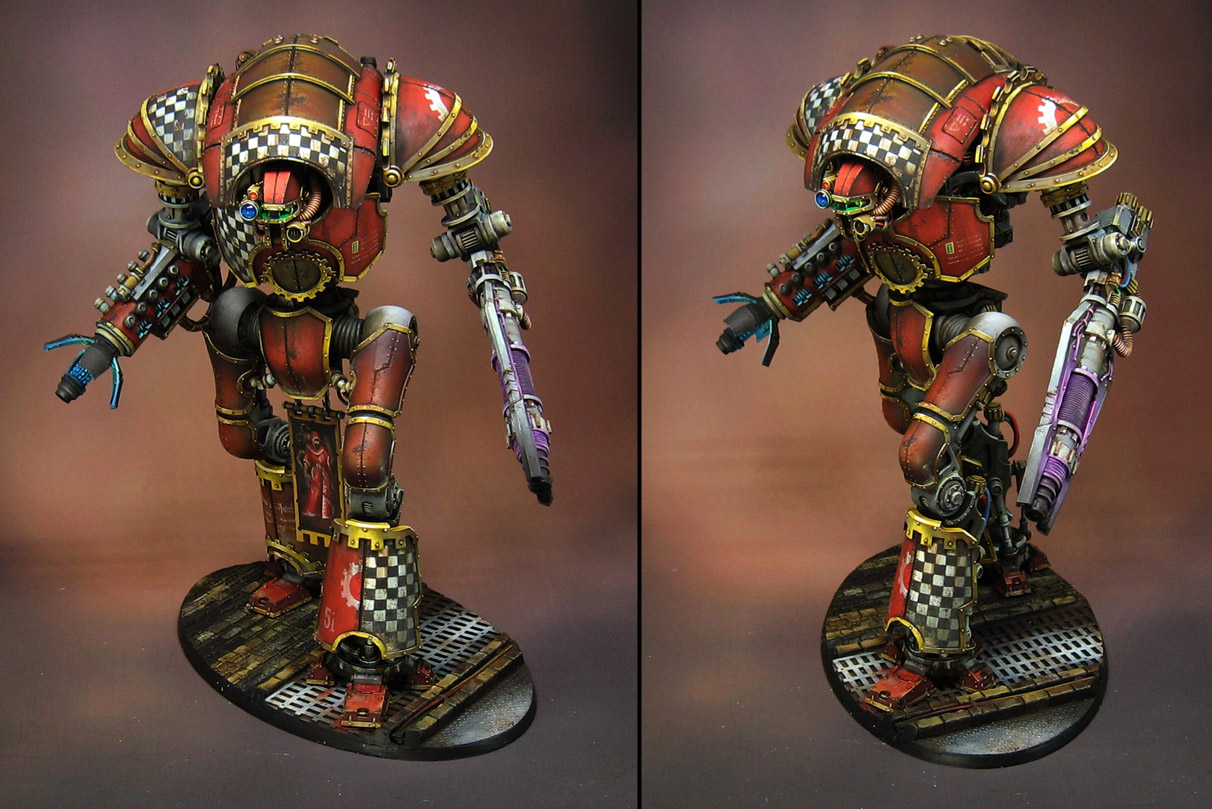 This vehicle gave me a chance to try out several of the Mig Ammo products, such as the oil washes, weathering powders and more. 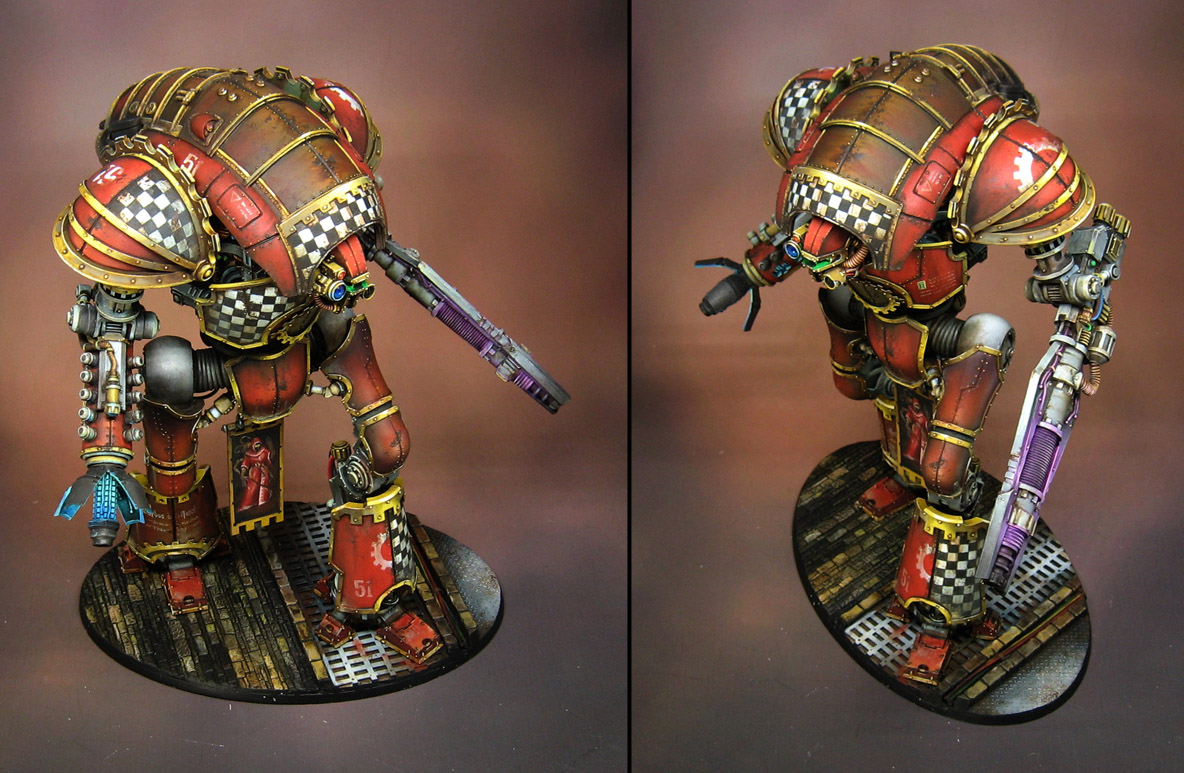 The filters and tints were very handy on elements like the cowlings, since I could get a nice soft gradation on this broader surface with a simple application. 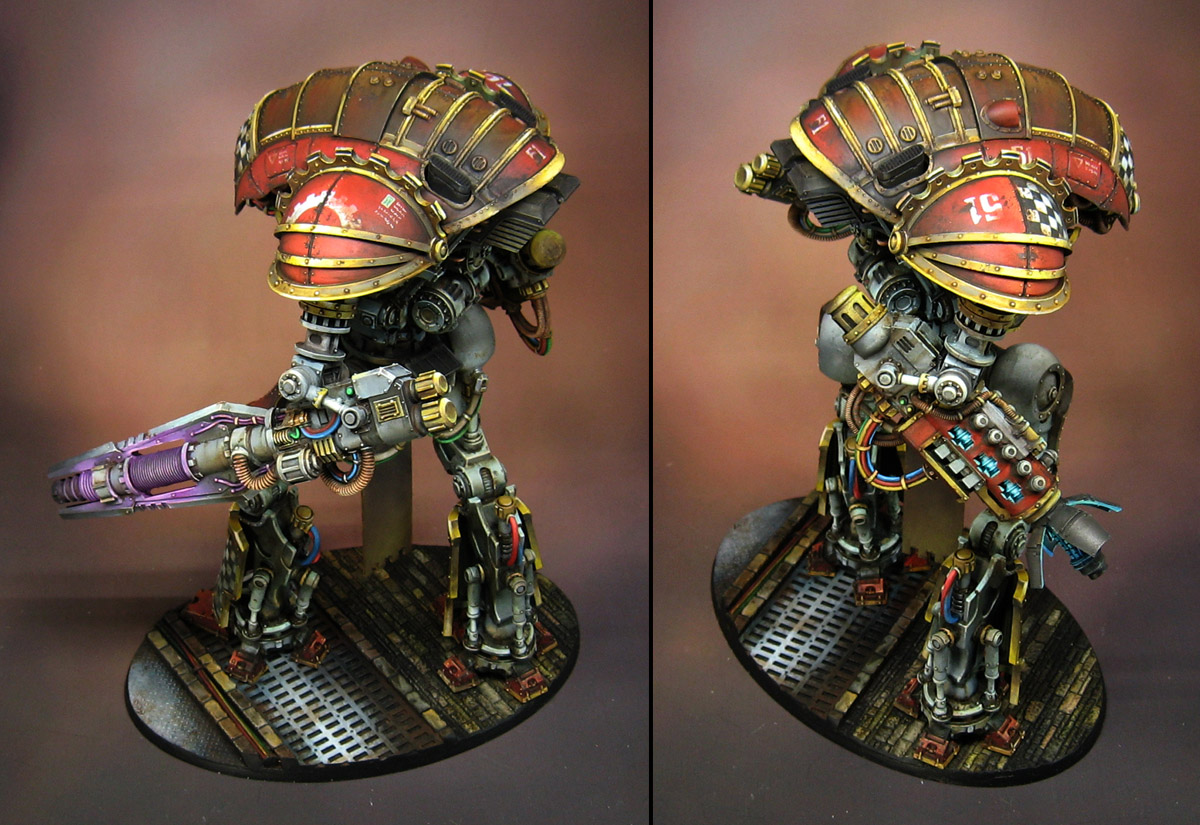 Having the ability to work back into an area a day or two later was also a huge advantage.  The weathering powders were used as a further method for fading the reds in the midtone and dark transitions. 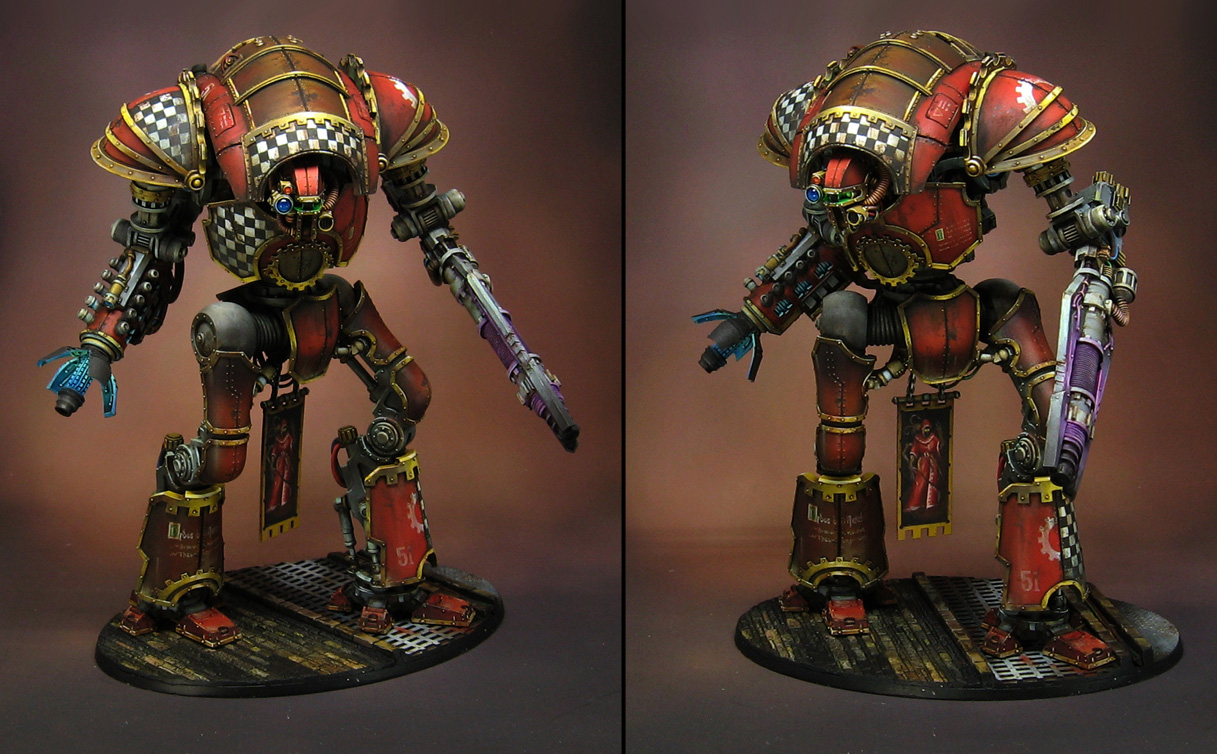 A few "action" poses for you.  The head is also supposed to swivel, but the cowlings above and below it pretty much locked it in place. 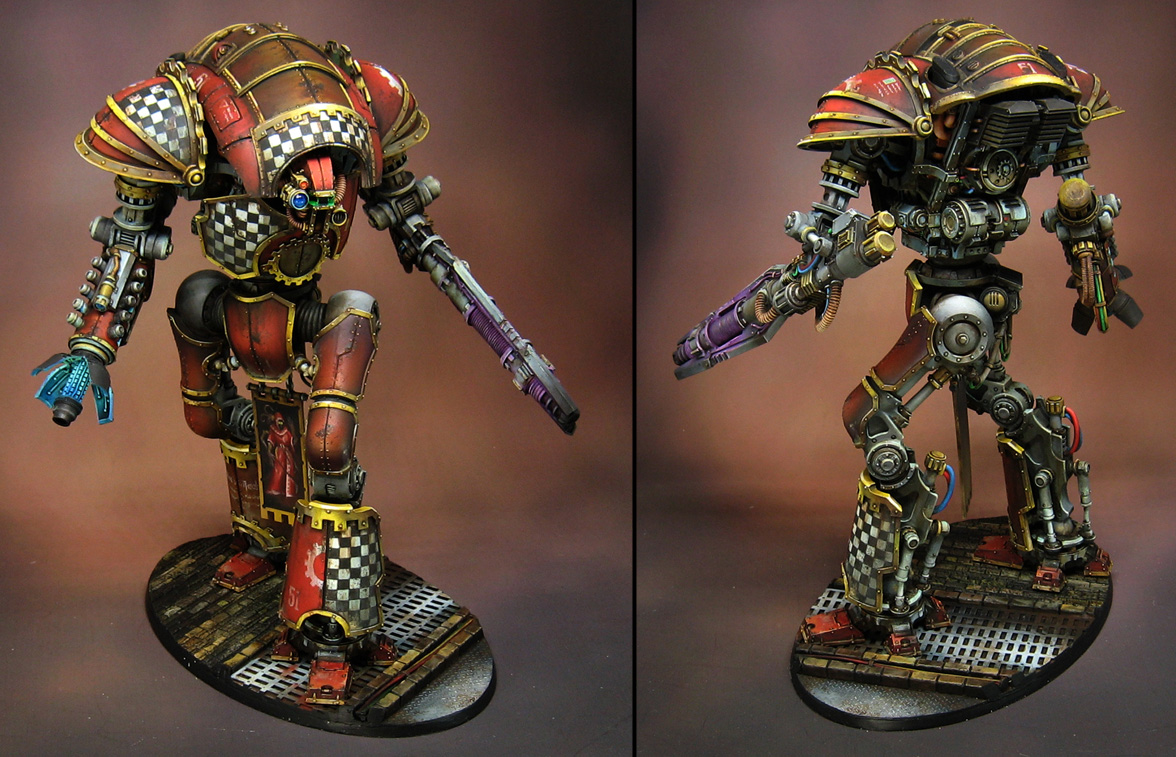