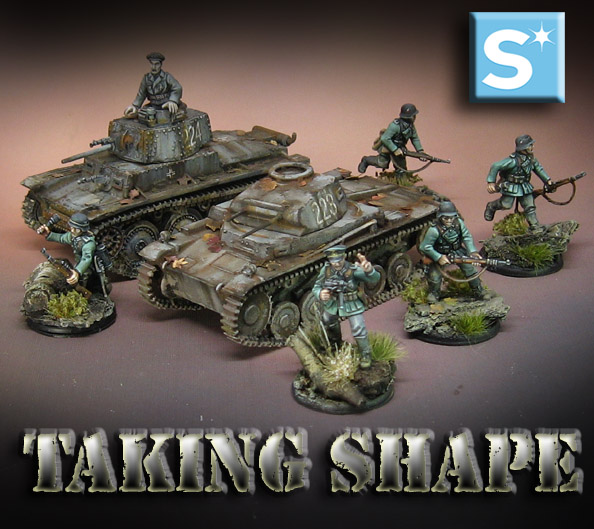 It's time to show off the first painted Shapeways tank!  This is the Panzer II, which was 3D printed by Mike Pennock, AKA Arctic Squirrel on Shapeways.  I had a lot of fun painting it, and it accepted primer, weathering powders, and oils very well...

Here's a link to the live painting broadcast:

As I mentioned in the original "unboxing" post, these are no hassle figures, with no assembly required at all!  I washed it with soap and water, and that's it.  The primer (Badger Stynlrez) worked like a charm.

It was very interesting to work on these road wheel/track assemblies, since they are much more "open".  That is the advantage of the 3D printing.  Instead of a 'flat' set of wheels, these are more independent.

The scale of the tanks are all 1/56, which is Bolt Action scale.  Here is a post that show how well they match up scale wise with Warlord miniatures and vehicles:

The views from above show some of the Green Stuff World leaf punches at work, adding some additional textures to the upper hull surfaces.

On this vehicle, I used the weathering powders mixed with  rubbing alcohol along with the Mig AMMO OilBrusher paints.

Now for some size comparison shots.  The Panzer II matches up very well with the Resin/metal Panzer 38t from Warlord Games.

A few infantry miniatures as well to show you how easily they can all be integrated together. 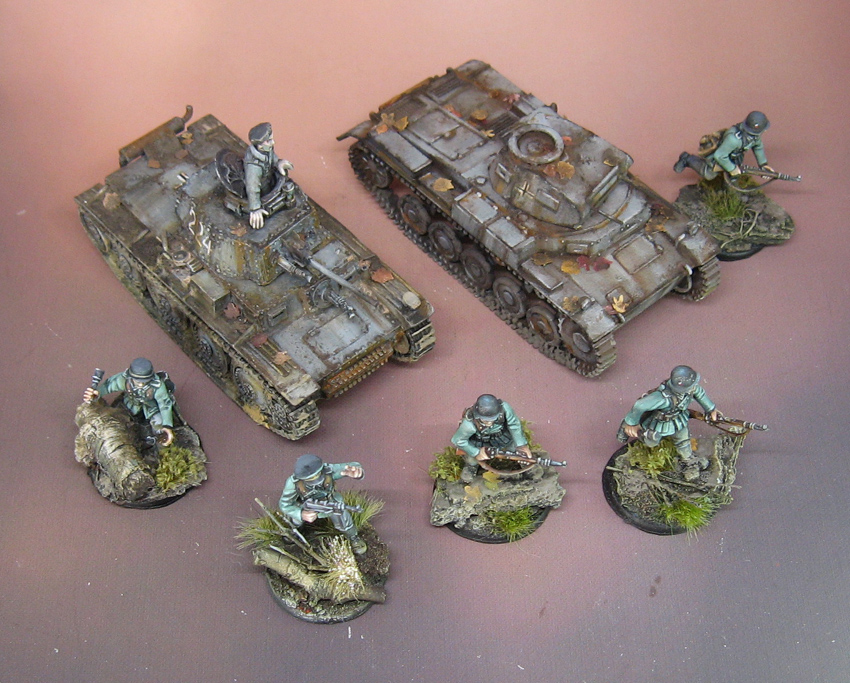 This early war German force is really starting to come together, as I have since painted the tiny Panzer I!  The expanding range of early war vehicles and artillery pieces means that soon the Wehrmacht will be ready to storm across Europe... 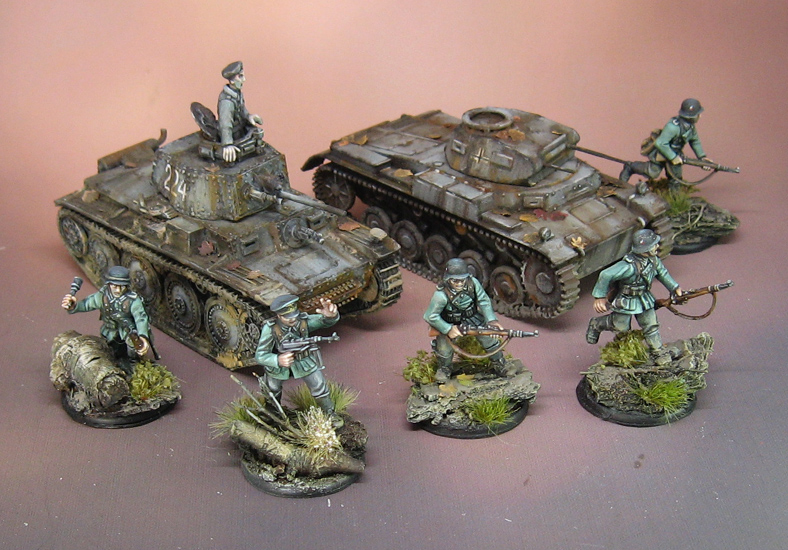 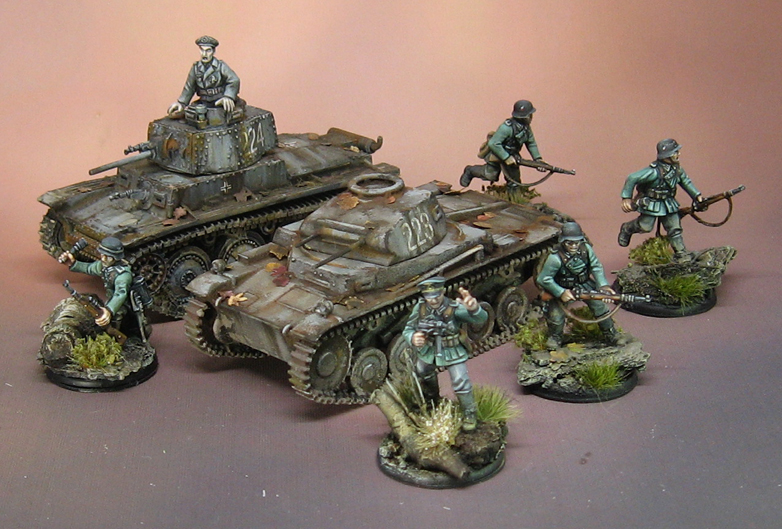