Painting the Temple of Blood 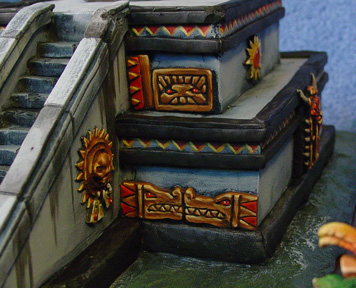 Here are a few shots that I took when I painted the original Temple of Blood which I sculpted years ago!

I started out by painting various warm grey on all parts of the structure. 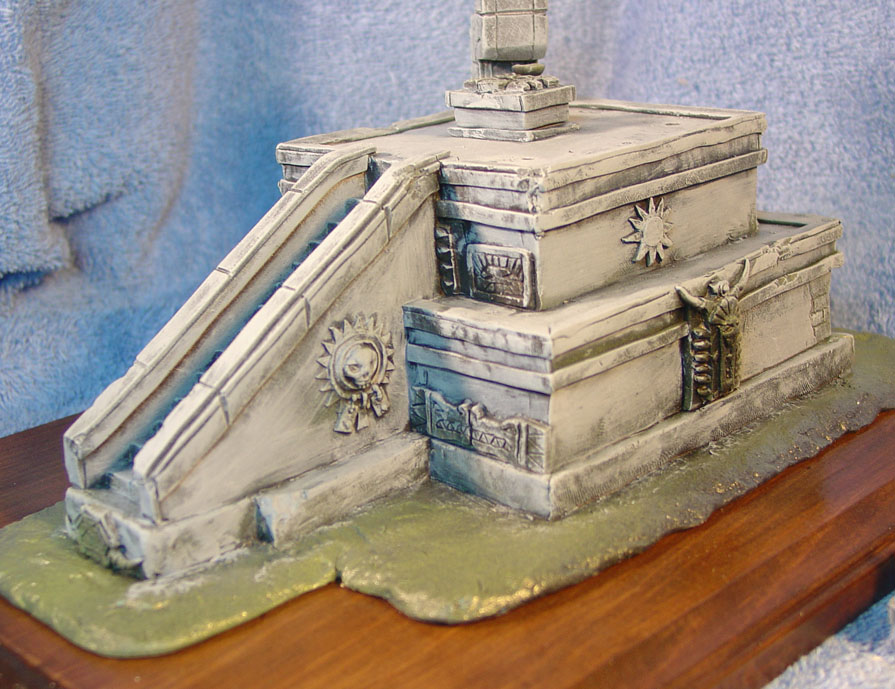 I wanted to keep it all as lightly colored as possible, so that the weathering would really show up, and my dark trim would set off the bright, primary colored tiles! 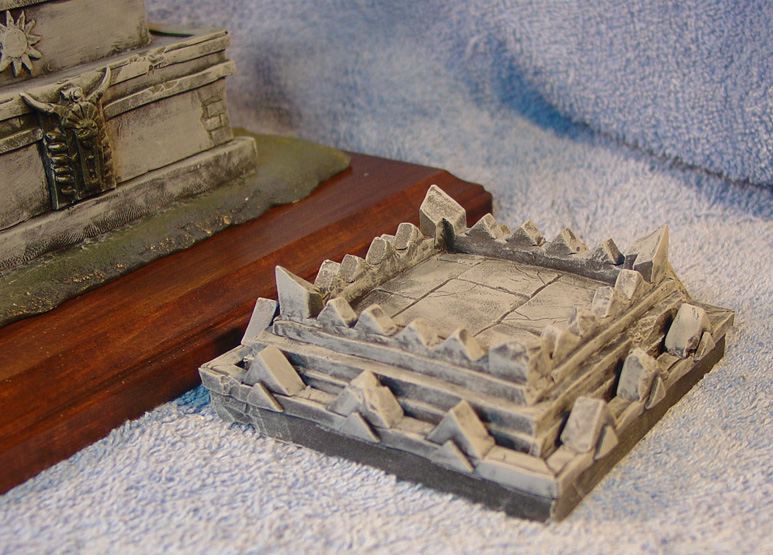 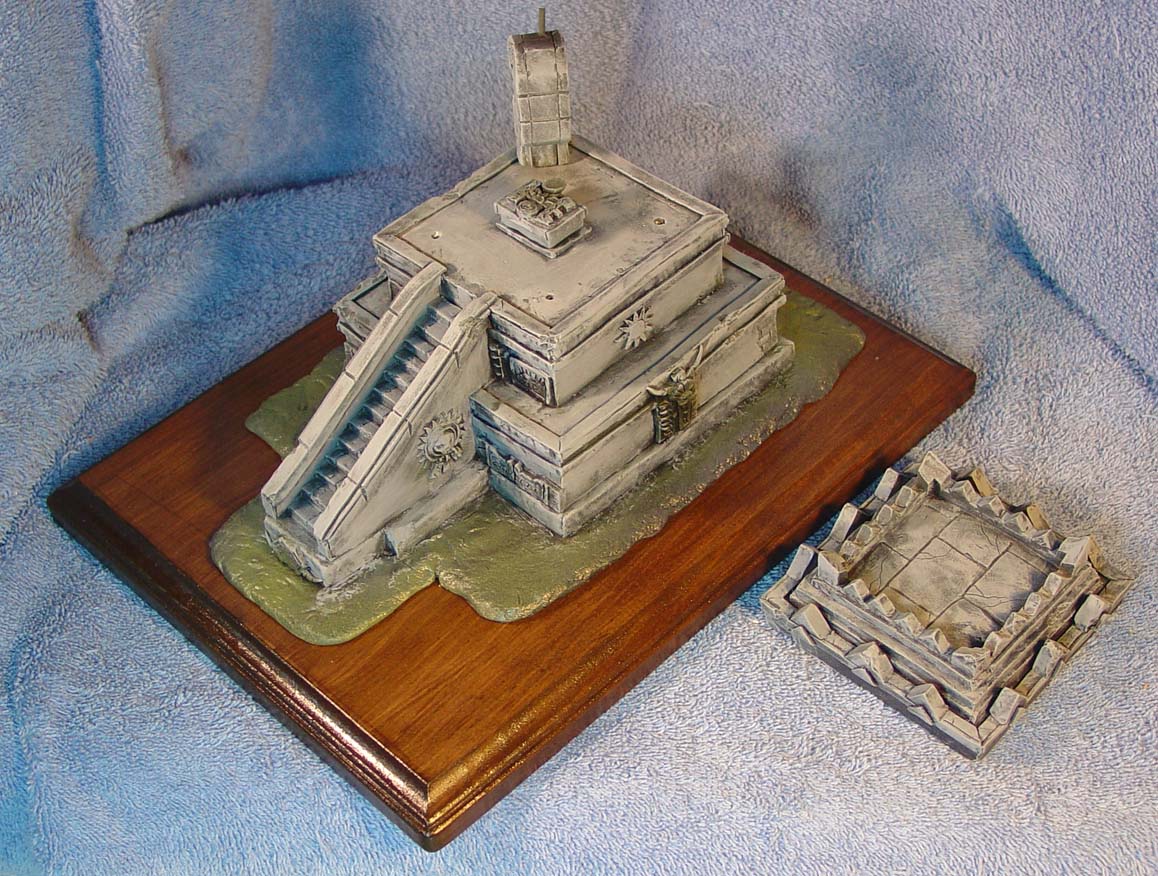 From there, I painted all the glyphs.  Once those were painted, it was time to do some weathering! 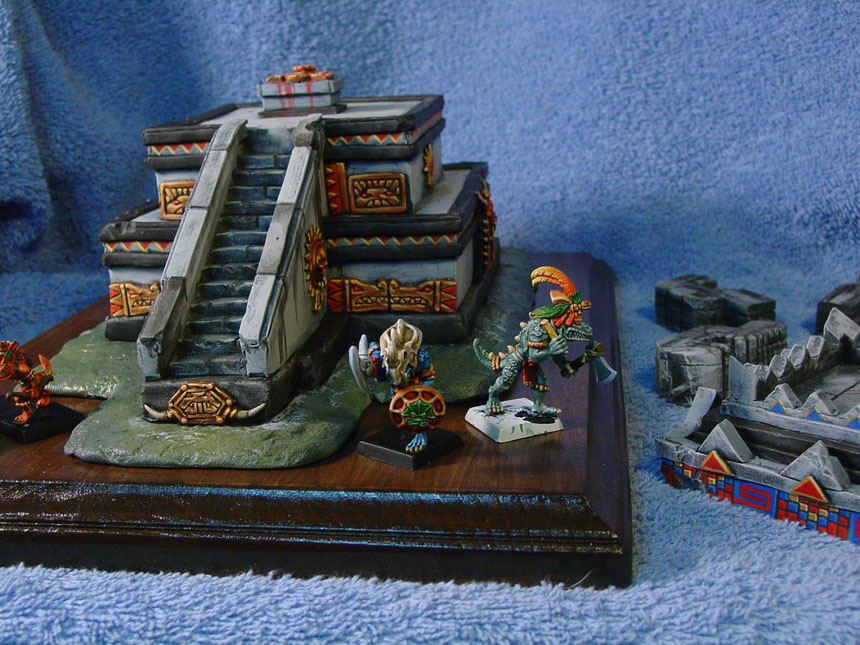 I also painted the trim around each level with a dark color made from mixing walnut brown with regal blue. 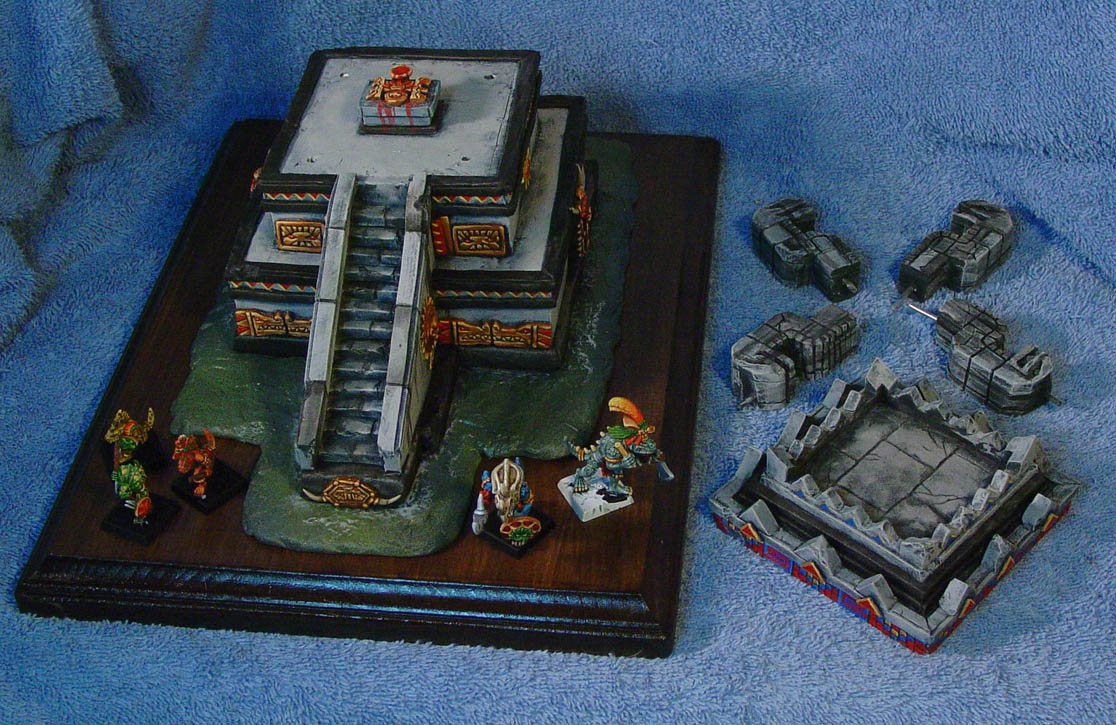 I stained the wood plaque a nice dark brown as well, to reflect that trim color...

For the tiles on the roof of the Temple, I went with very bright primary colors. 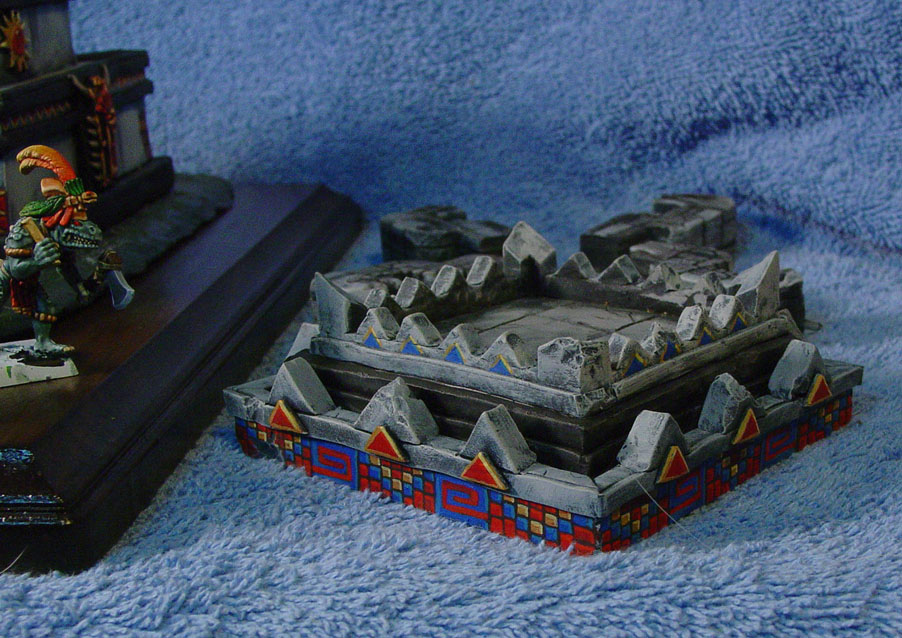 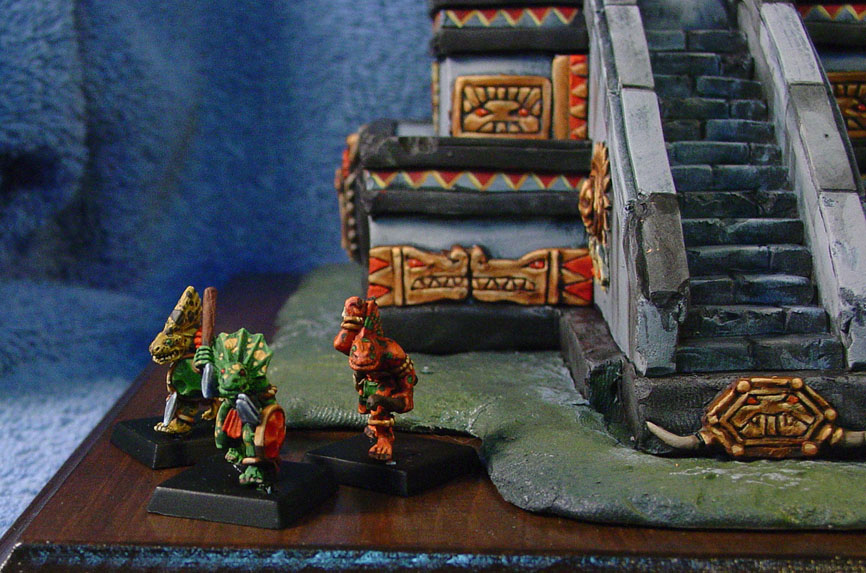 And some Temple Guardians... 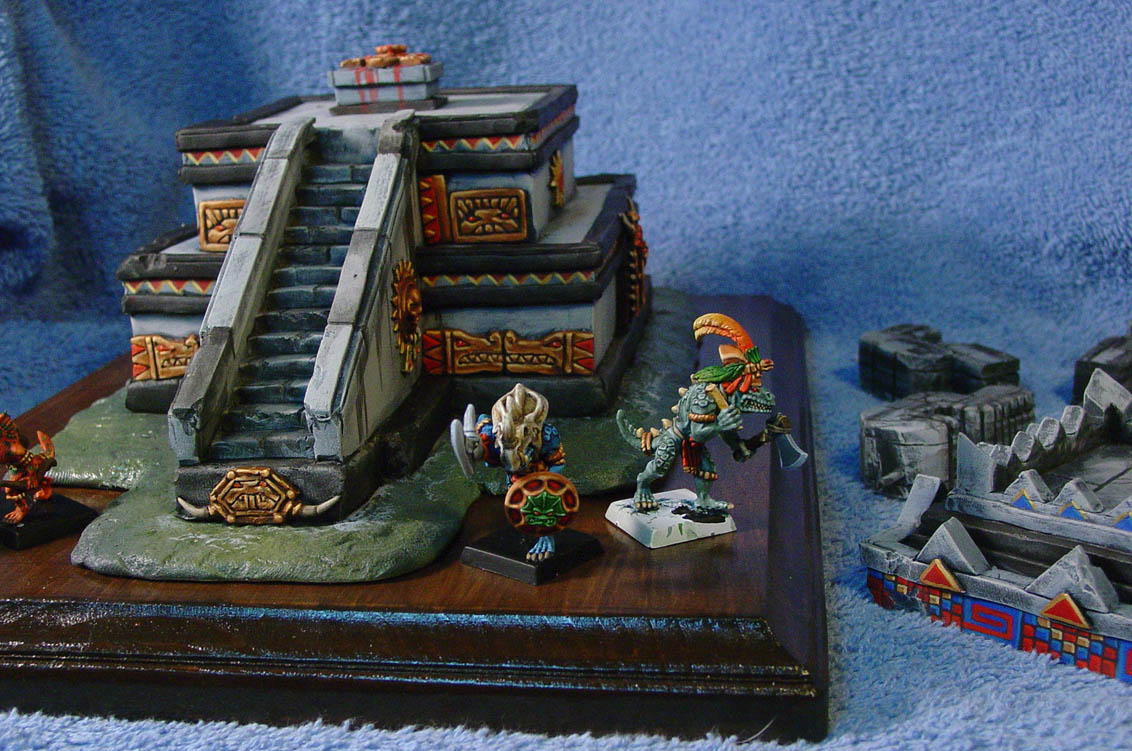 This view gives you a better look at the various glyphs, and a peek at the altar! 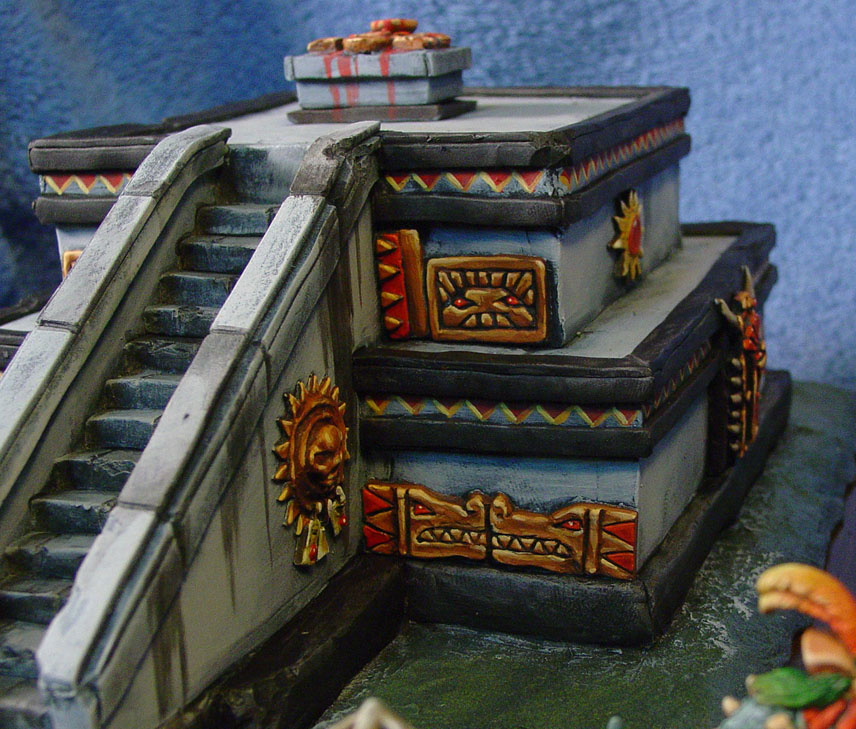 Stay tuned for the final installments, with all the pictures of the finished Temple!!!!!!!!!!

The First Great Temple of Blood! 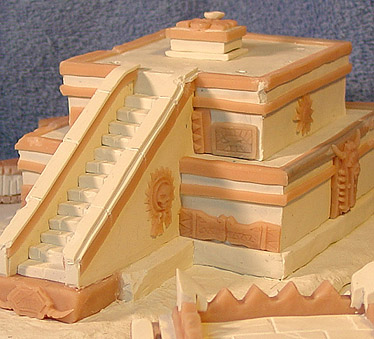 As the Blog nears its one year anniversary, I wanted to get back into the subject matter that started it all... the Lizardmen!

I began the blog just a few days after I saw that my Lizardman Army which had won the Armies on Parade trophy at Games Day in 2011 was featured in the White Dwarf.

This is the original Temple of Blood that I sculpted many years ago.  At this time, I was building dioramas entirely from Sculpey.  This was not an easy process, as I had to worry about weight, etc.  I built these with hollow interiors, using a system of wire as rebar! 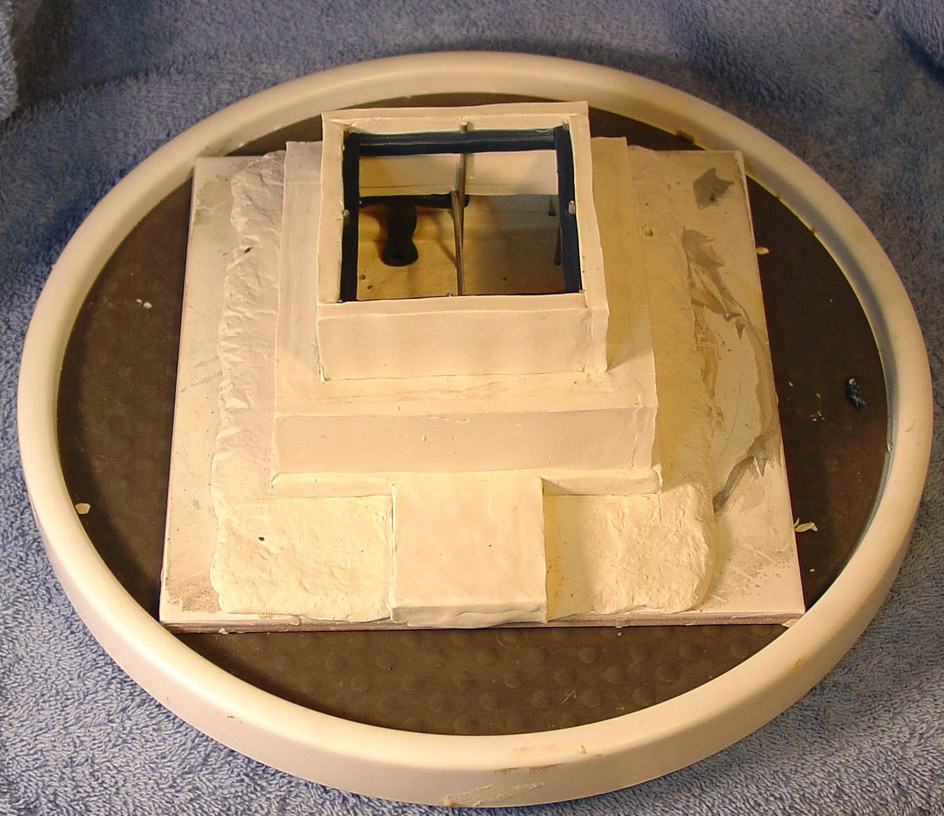 Once these walls were constructed, I baked the clay and perpared to move on to the next stage. 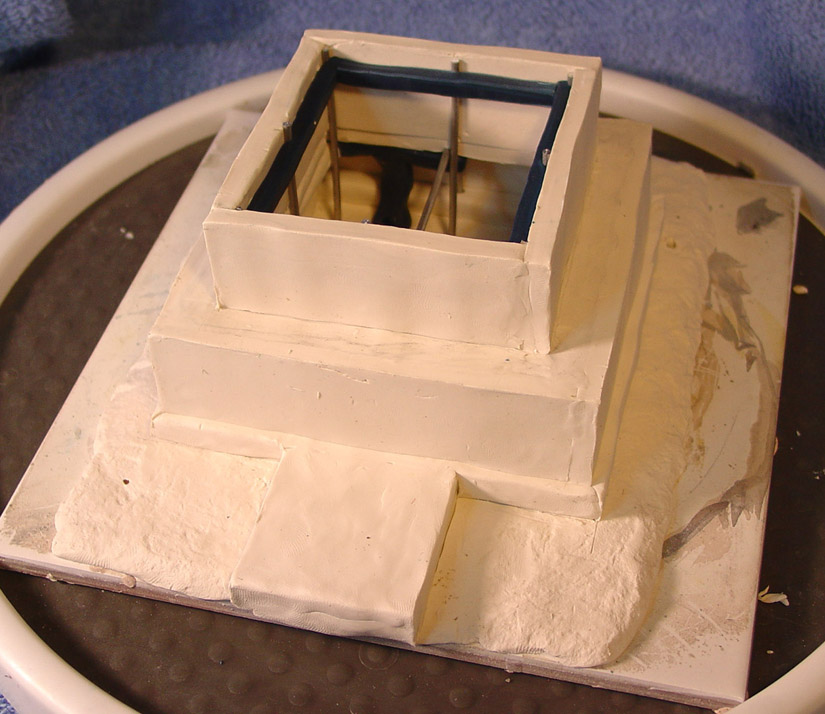 The Sculpey I used here was the standard white Sculpey. That's important, as it is much easier to carve and manipulate it once it has been baked 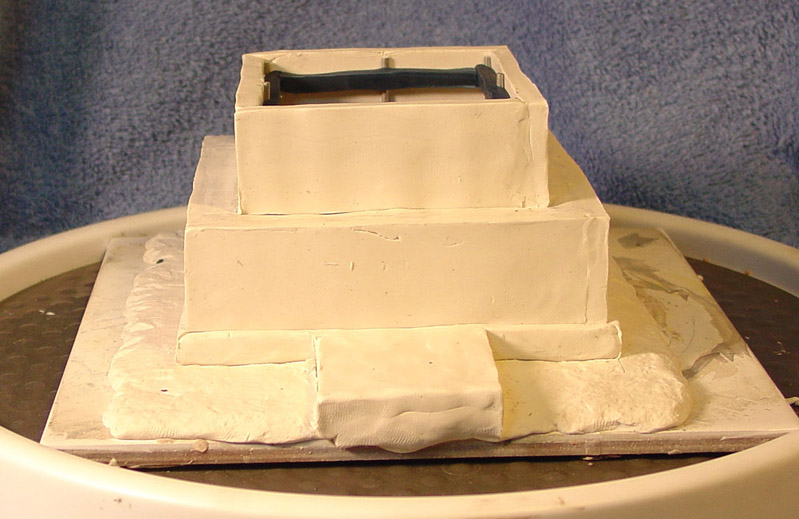 The stairs were added once the original levels had been baked and solidified. 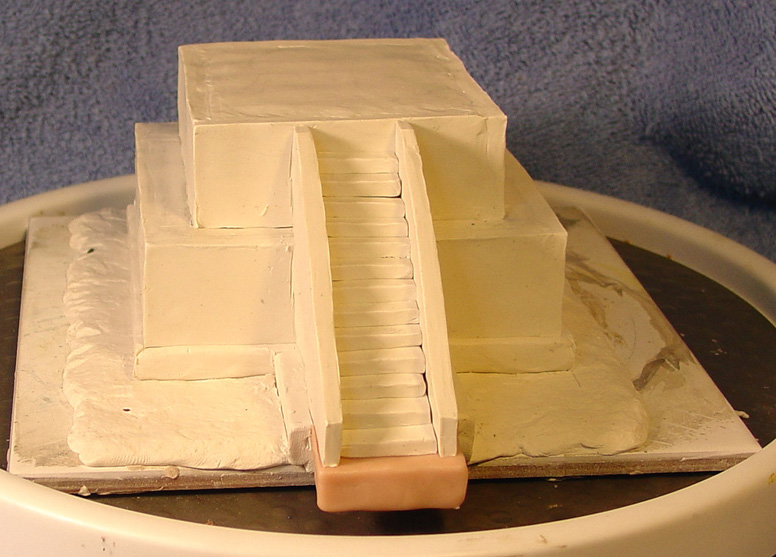 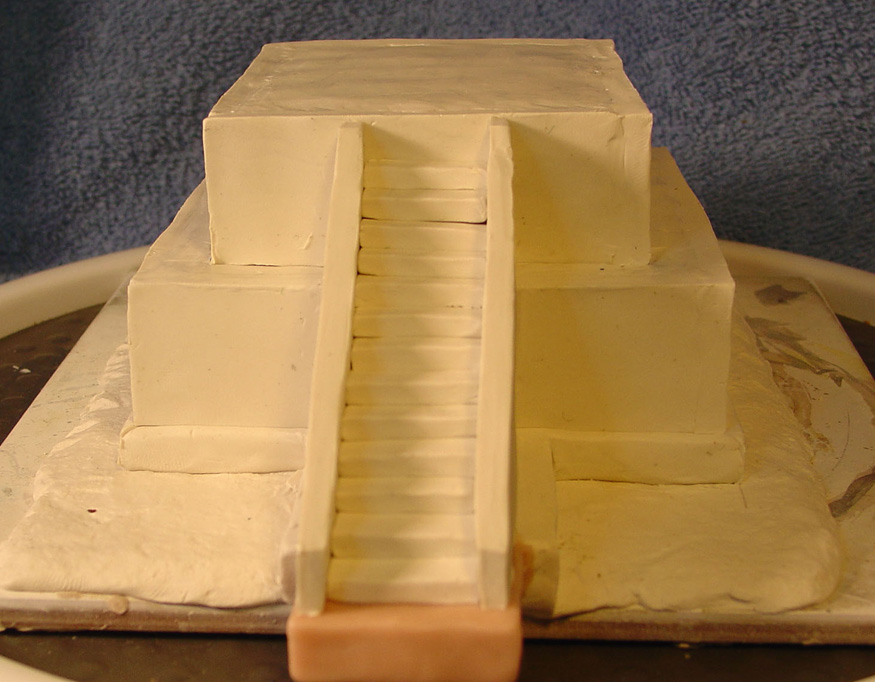 The structure was baked again, and I began to work on the more decorative elements of the Temple.  This time, I as using Super Sculpey, which is why it has the pink color.  That type of Sculpey has more strength, but it is also much more difficult to carve. 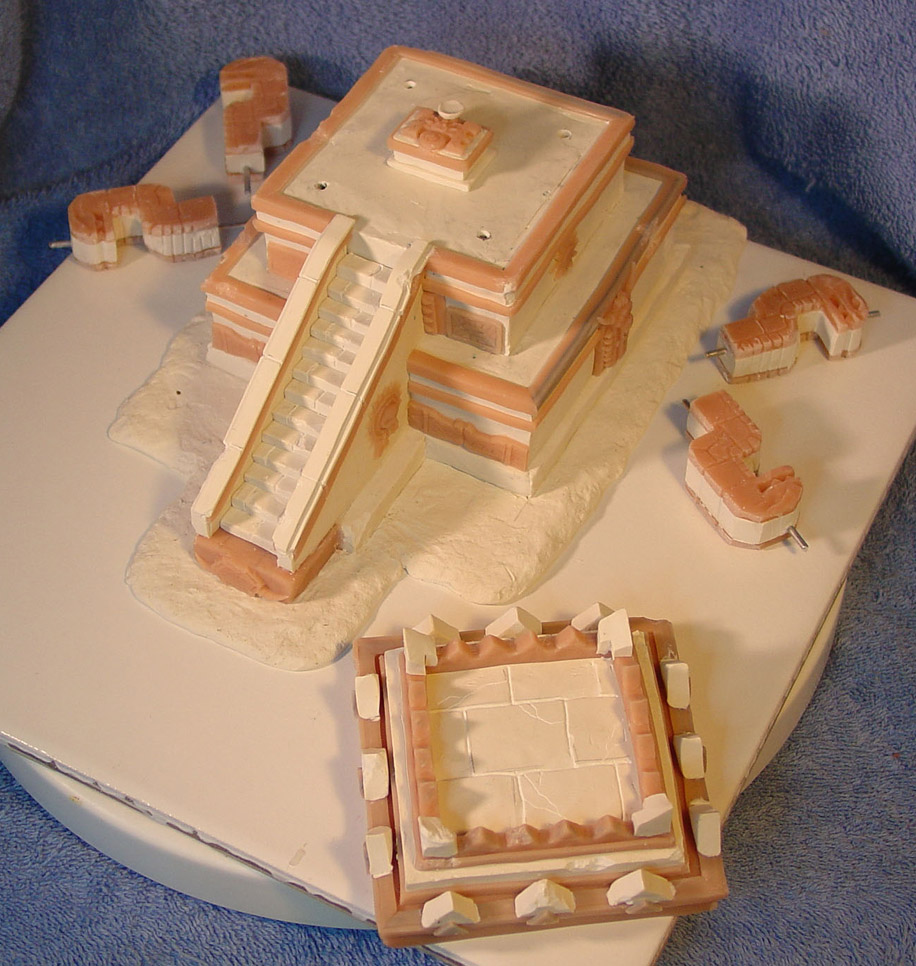 The various glyphs had been sculpted and then cast, so that I could press Sculpey into the moulds and make several copies to place around the Temple.  Clever little Skinks! 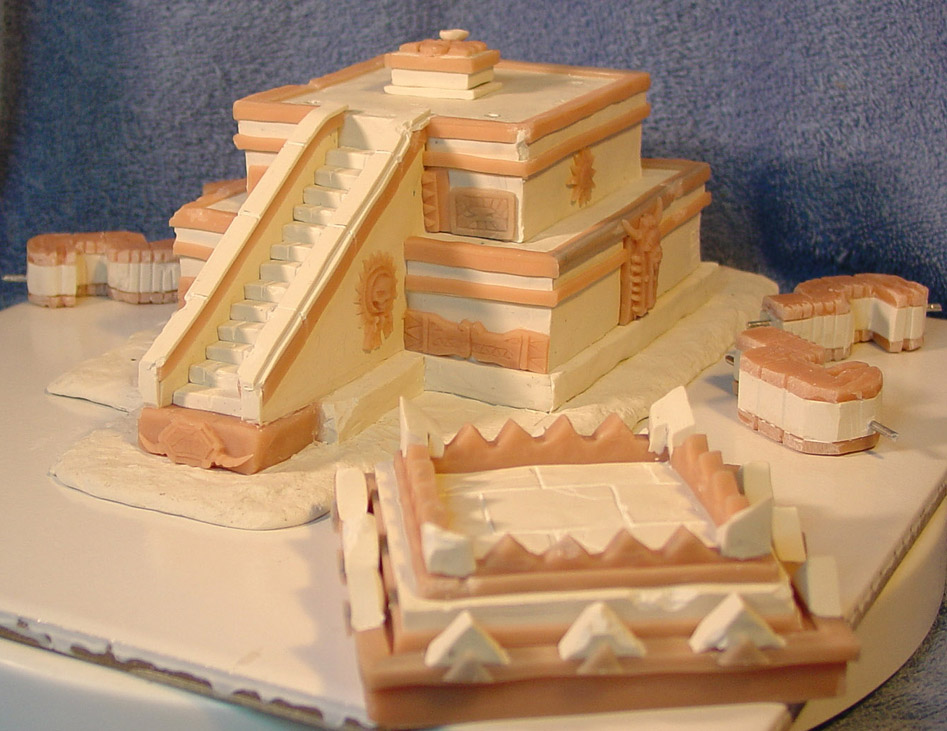 The four serpent columns would hold up the roof of the Temple.  I had also made moulds of them, so that they would be the same size! 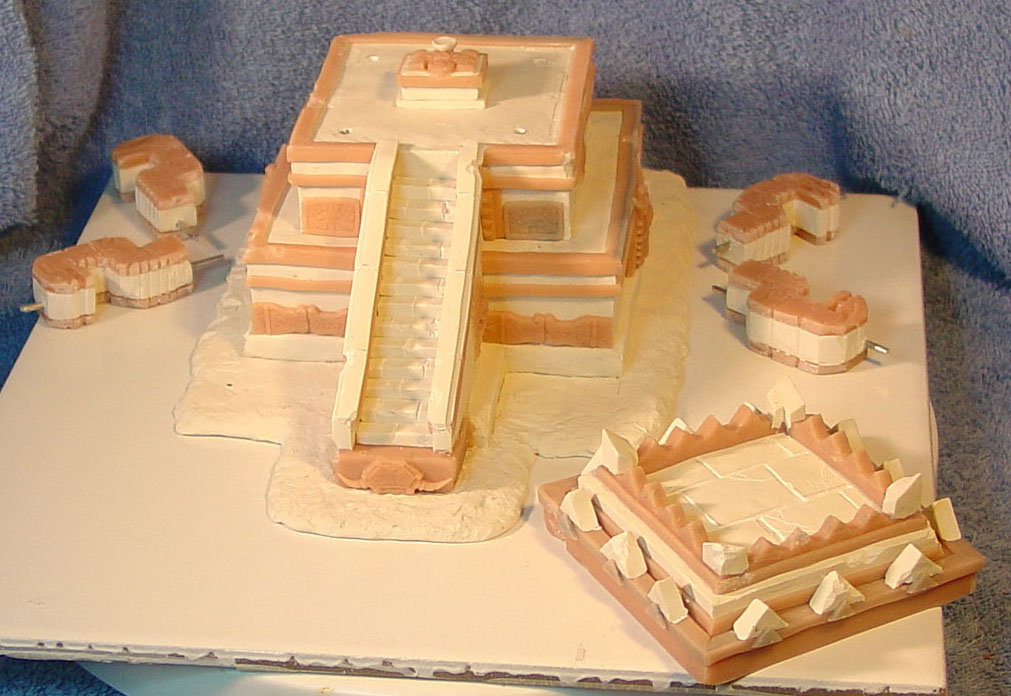 All of the pieces were baked, and the various textures carved, such as exposed bricks, cracks,  etc. 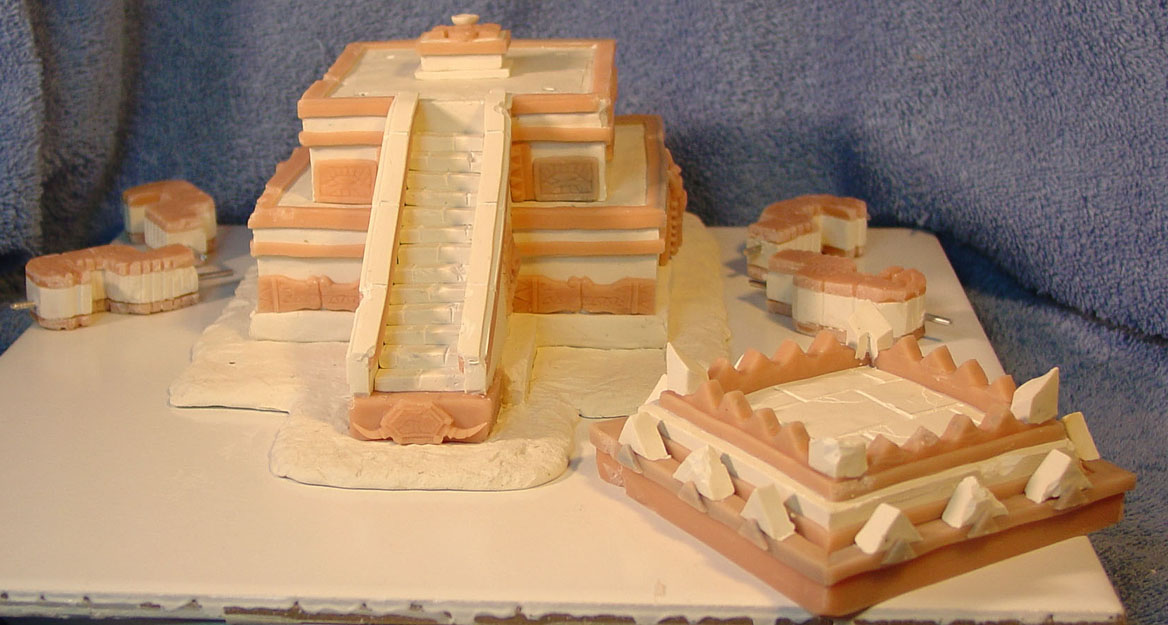 Stay tuned for the next stage of the Temple... getting some painting action!!