Burned to a crisp 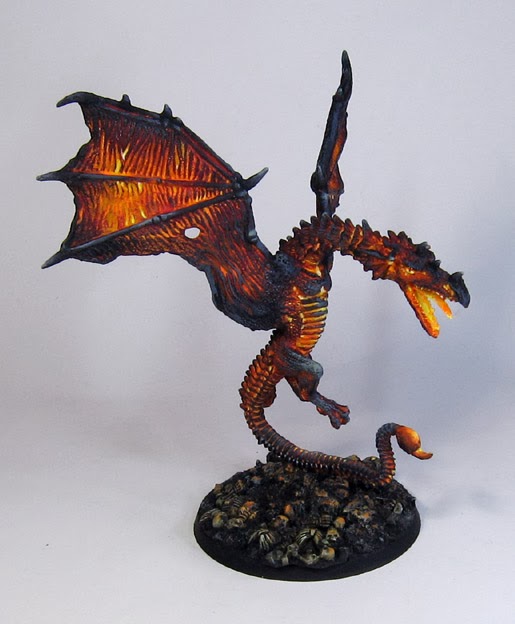 Meet Cinder... a fun little lava dragon that I painted a while back.  Originally I used it as a "Baby Bolrog" for Lord of the Rings.  I played with it in one game, and it was interesting.

I think with the new monster rules in the current version, it could be much nastier! 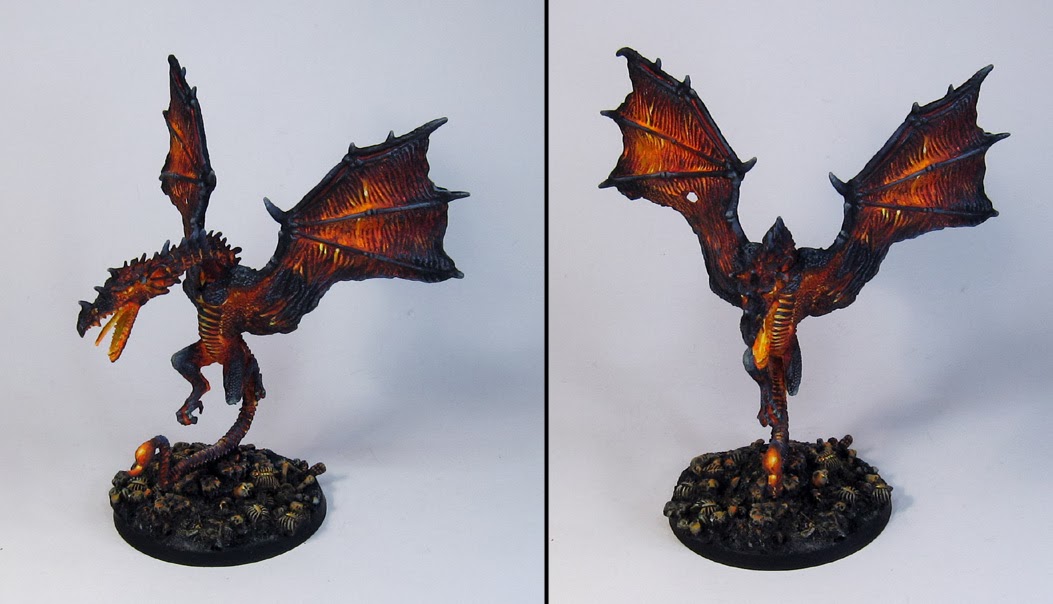 I was still learning the game at the time, so I think he could be far more useful now. 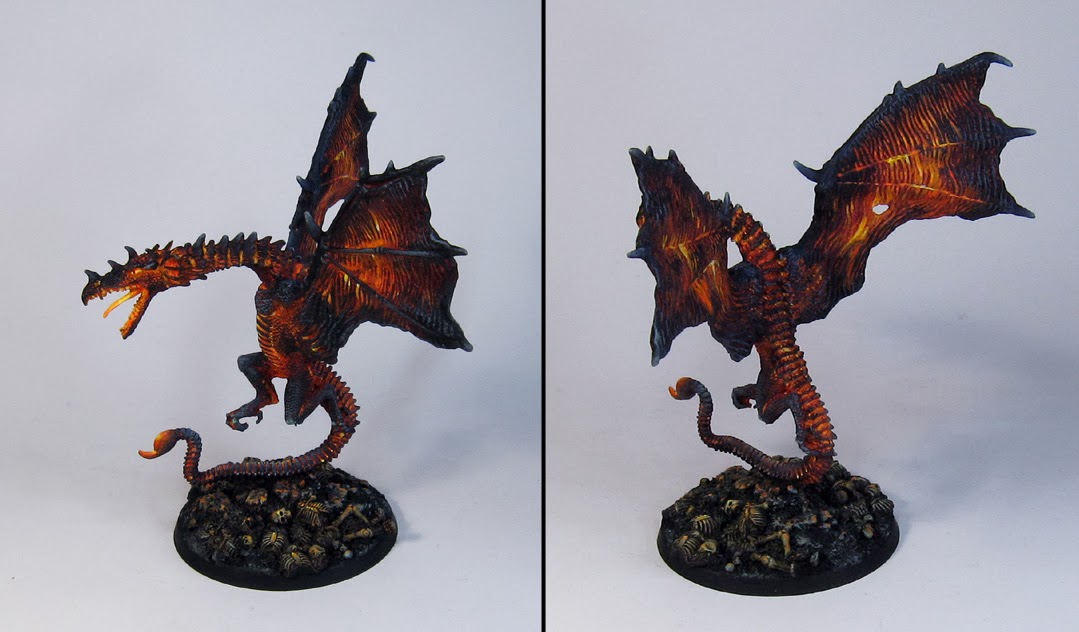 I put a bunch of skulls and skellies on the base for some extra interest.

I used the same basic lava technique as I did on the videos.  The fluorescent paints are incredibly useful!  Even the most firey orange looks like brown compared to those colors.  They are made by Vallejo. 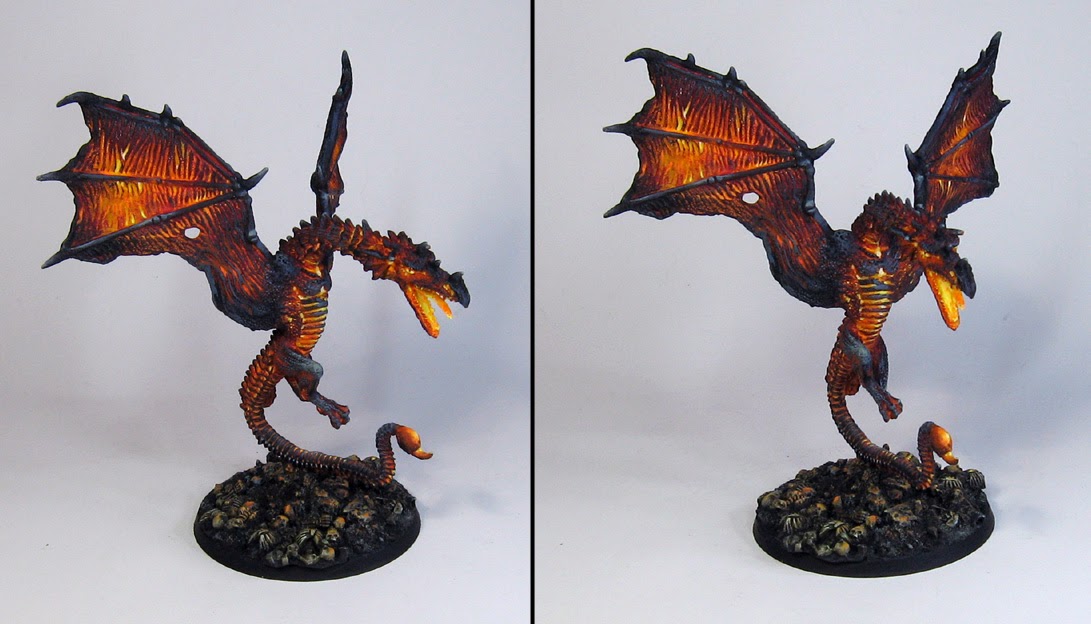 A few things of note.

I am calling on all loyal Wappellians to vote for this crazy blog on the Wamp miniature painting forums.  I was just informed that it is up for Blog of the year 2013!  Craziness!

No matter what, I am always very glad that anyone takes the time to check out my insane rantings! 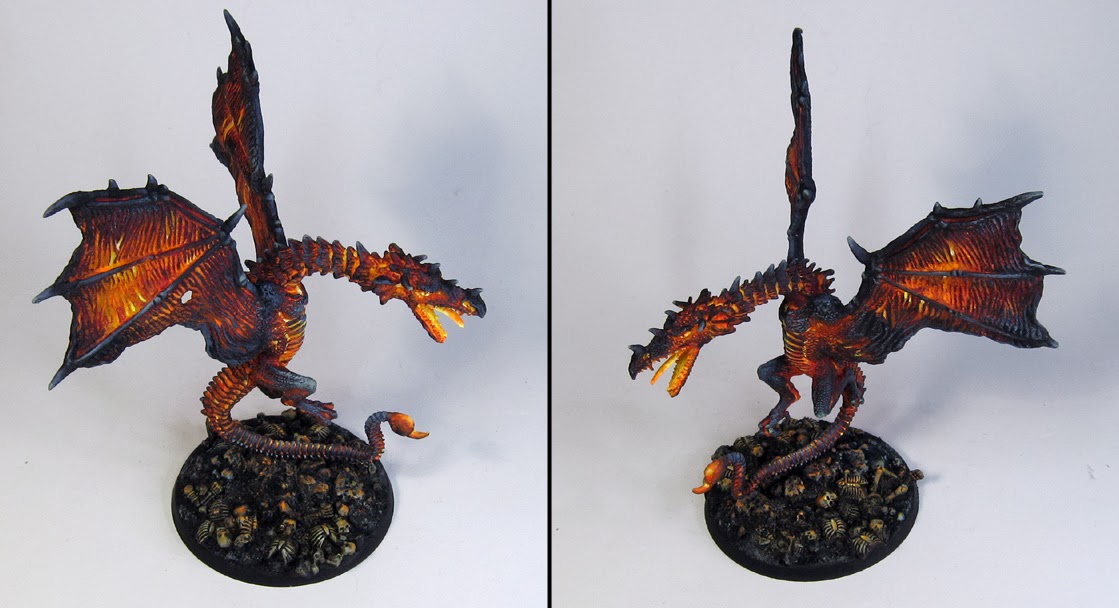 Posted by wappellious at 1:34 PM 4 comments:

Queens of the Underdark 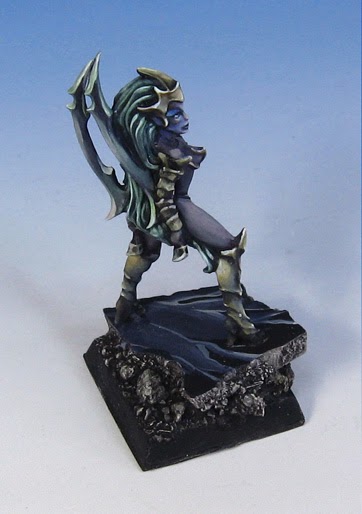 This gal is one of the last Raging Heroes Blood Vestals remaining.  Since the Drow scheme has been more fun to paint, I have been using that on these final miniatures.

As always, lots of detail to work with, and lots of nice edges.

Plenty of clarity on the face as I have mentioned many times.  That makes it so much easier to paint the small things like the lips, eyes and so on.  Many thanks to Raging Heroes for these marvelous creations!