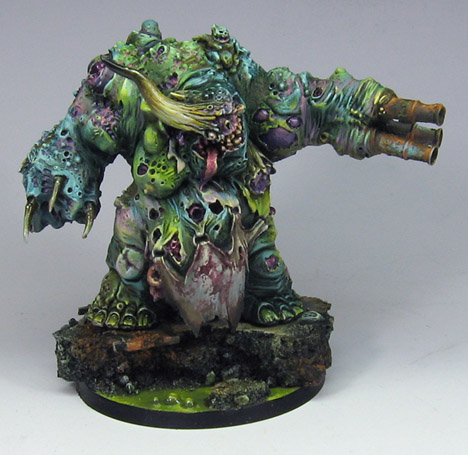 I have more top views coming later, which will show all the little tricksey Nurglings playing in the slime pool. 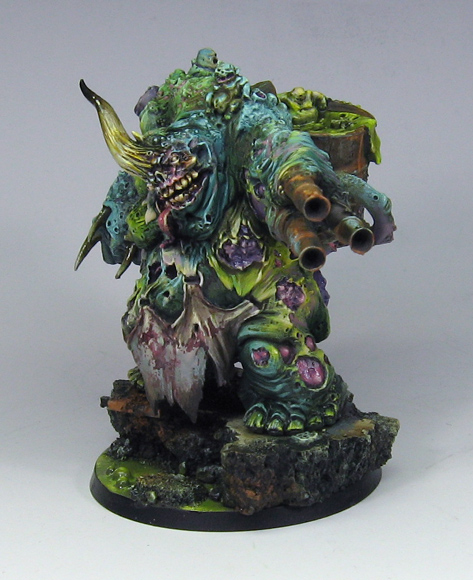 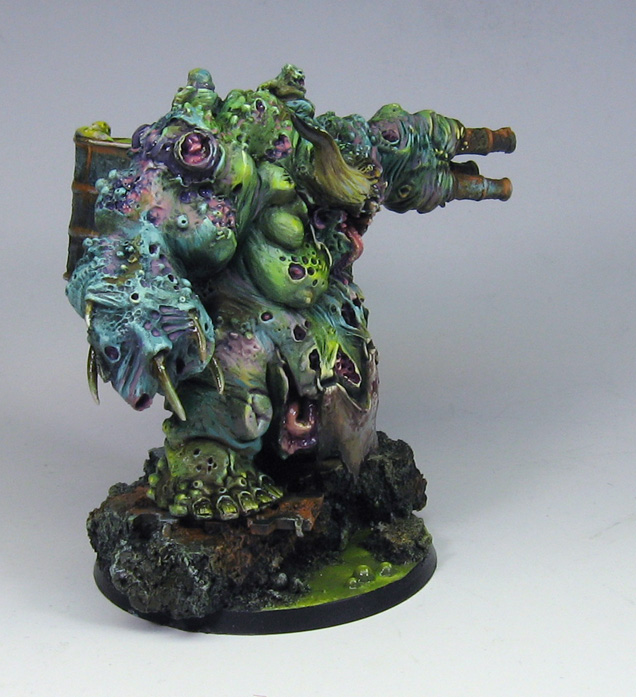 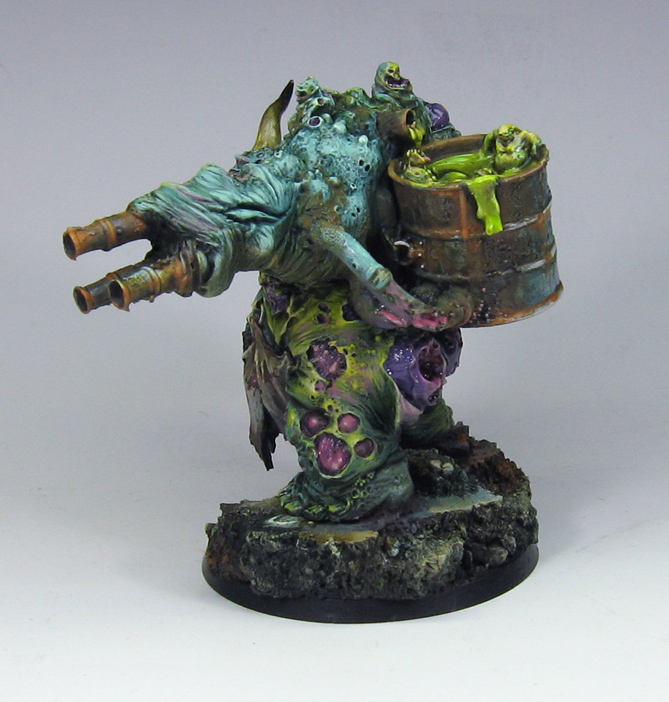 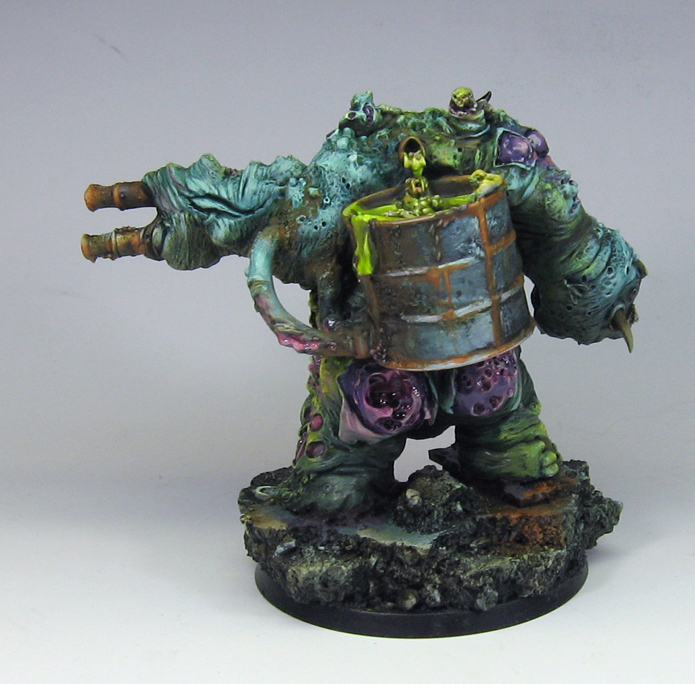 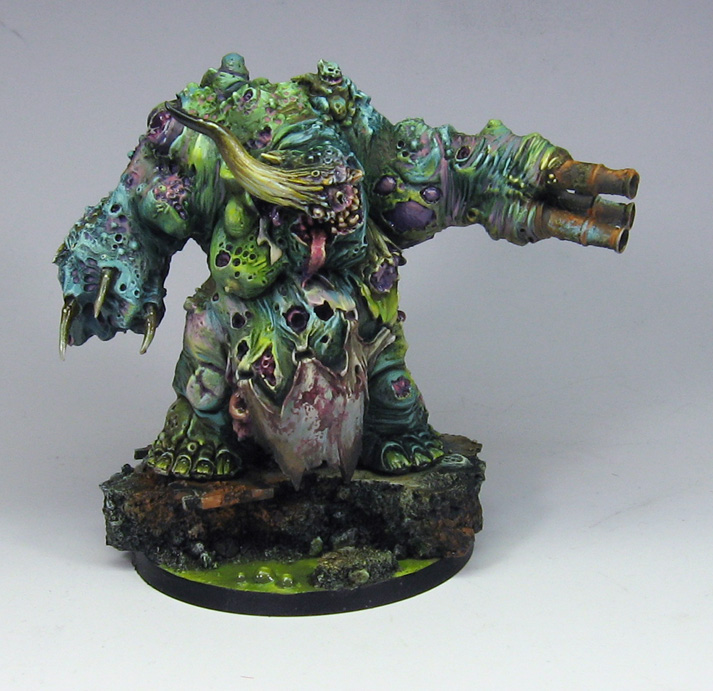 Posted by wappellious at 7:15 PM No comments: 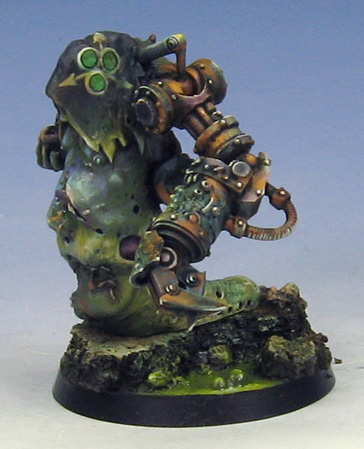 OK, heres's the Herald for starters!  As usual, lots of wild color transitions.

These Nurgle figures were real experiments in color theory!

Posted by wappellious at 11:22 AM No comments:

Bases for the Nurgle Prince and Herald 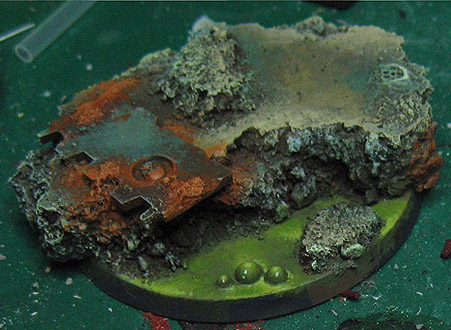 For those of you familiar with the other Nurgle figures that I have done, you wail recognize this style of basing.  The essentials are relatively simple... some cork, some gravel, some bitz, oxide paste and a touch of green stuff. 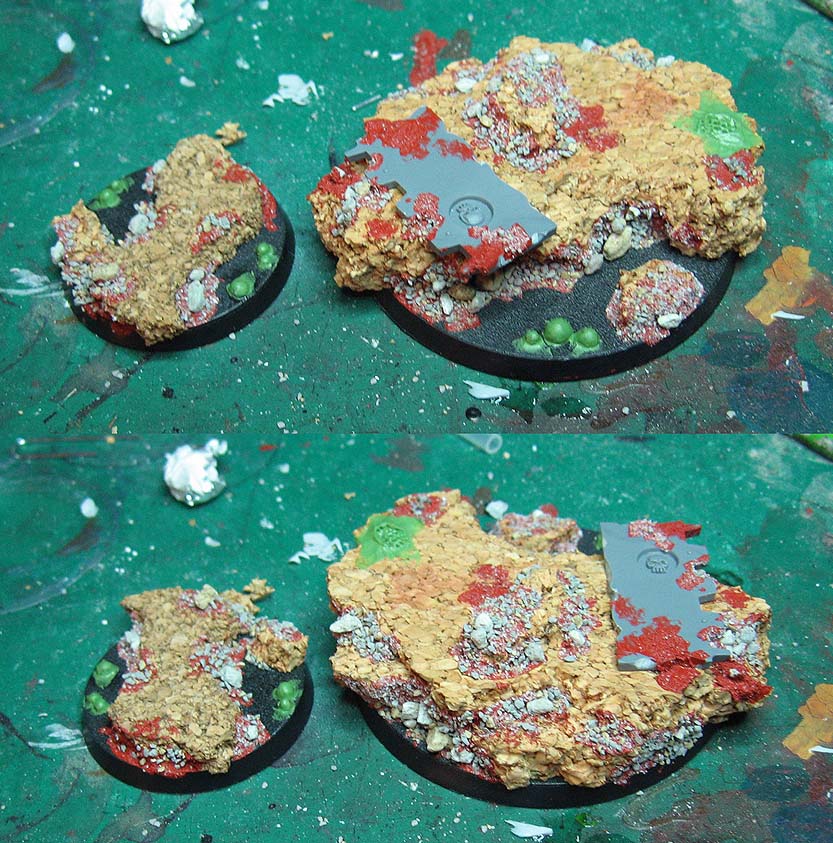 A view of the palette gives you a good idea of how I approached the painting.  In many respects, it is very similar to how I painted the figures.  You can see the olive green and reddish browns that were mixed together, as well as the tan color that was mixed in to lighten it. 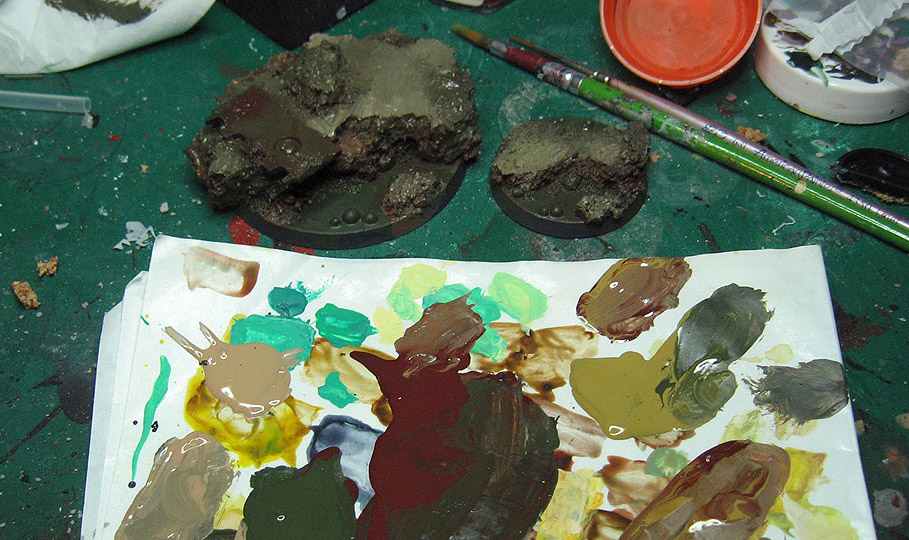 Some sky blue was mixed in for the rhino door, creating a greenish grey in the end.  I also started putting some green on the slimy water section... 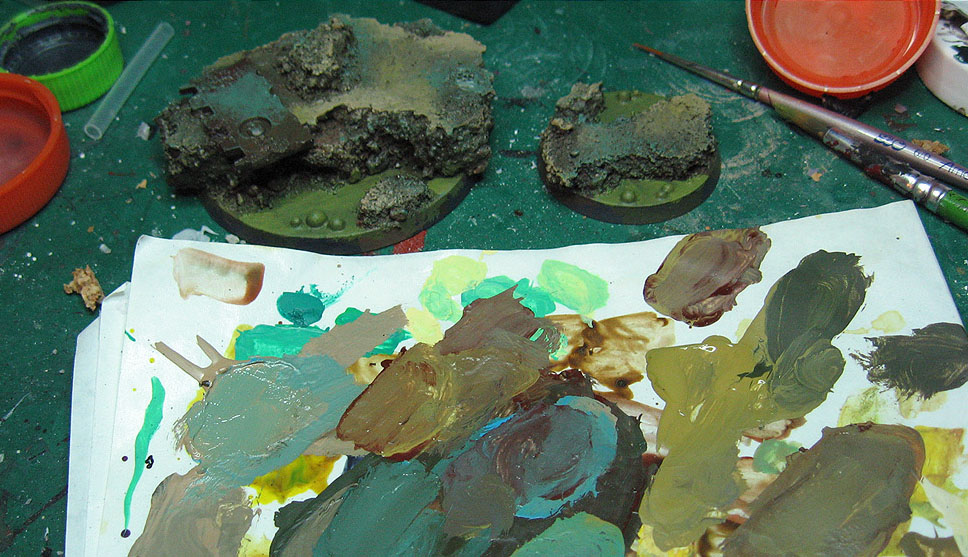 Obviously this stage was all about adding rust.  I started with a Calthan brown, moving on to a parasite brown from Vallejo.  Finally, vomit brown was added for the lightest shades. 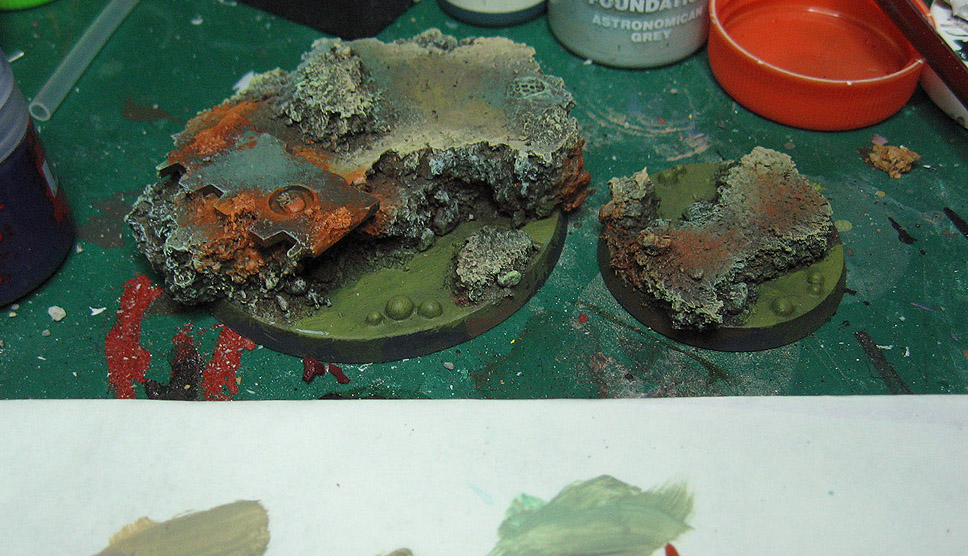 The slime section was done by adding Vallejo deep yellow to that olive green, lightening along the way.  Once the highlighting was done, I mixed some of the fluorescent yellow in with 'hardcoat and applied that over the slime.  It is a nice textural contrast to the rocks. 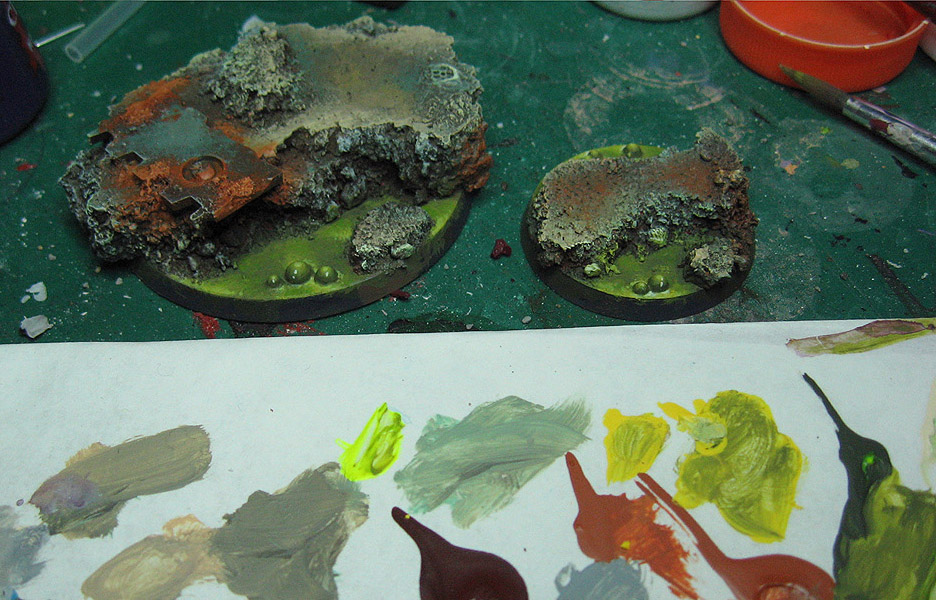 Posted by wappellious at 3:10 AM 4 comments: