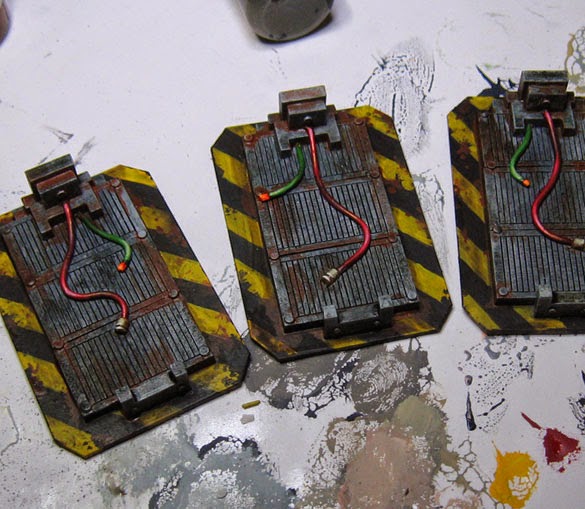 After getting the chance to hang out with Lathan (AKA Burn in Designs), I learned how many extra pieces come with the kits that he creates.  Not only does he include optional pieces, but there are numerous "punch outs" that seem to always be destined for the garbage.

However, I saw those, and saw endless terrain and basing opportunities! 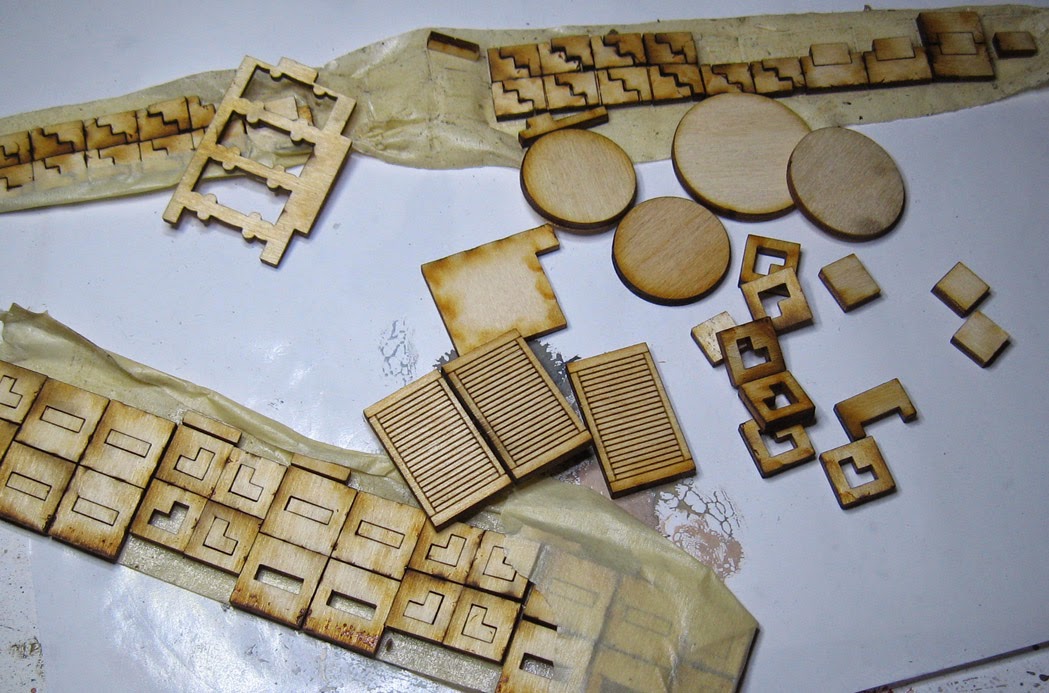 I had a bunch of extra shutters, which spoke vents or machinery to me right away.

So, I grabbed some pieces, some matboard and a bit of green stuff and made some Iron Horse charging stations for Wild West Exodus. 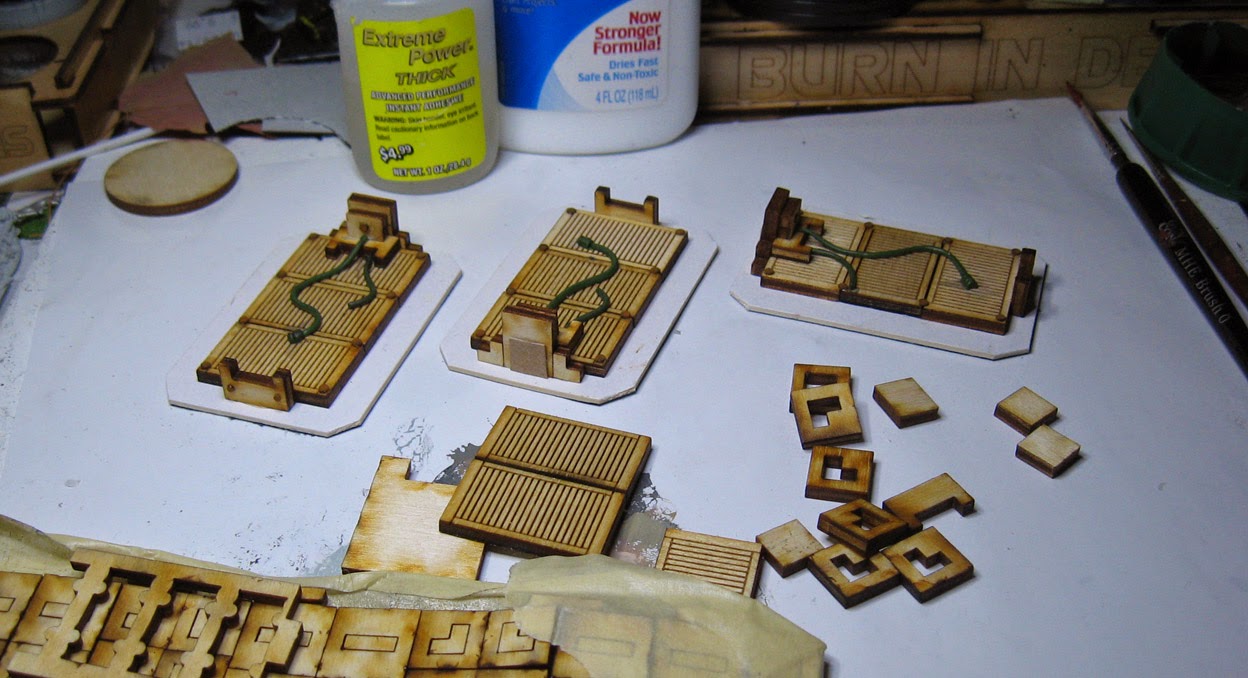 I tried to scale them to the Interceptor... held in place by the rear brace.

Don't want it taking off during recharging!!

A touch of primer disguises the true nature of the pieces already! 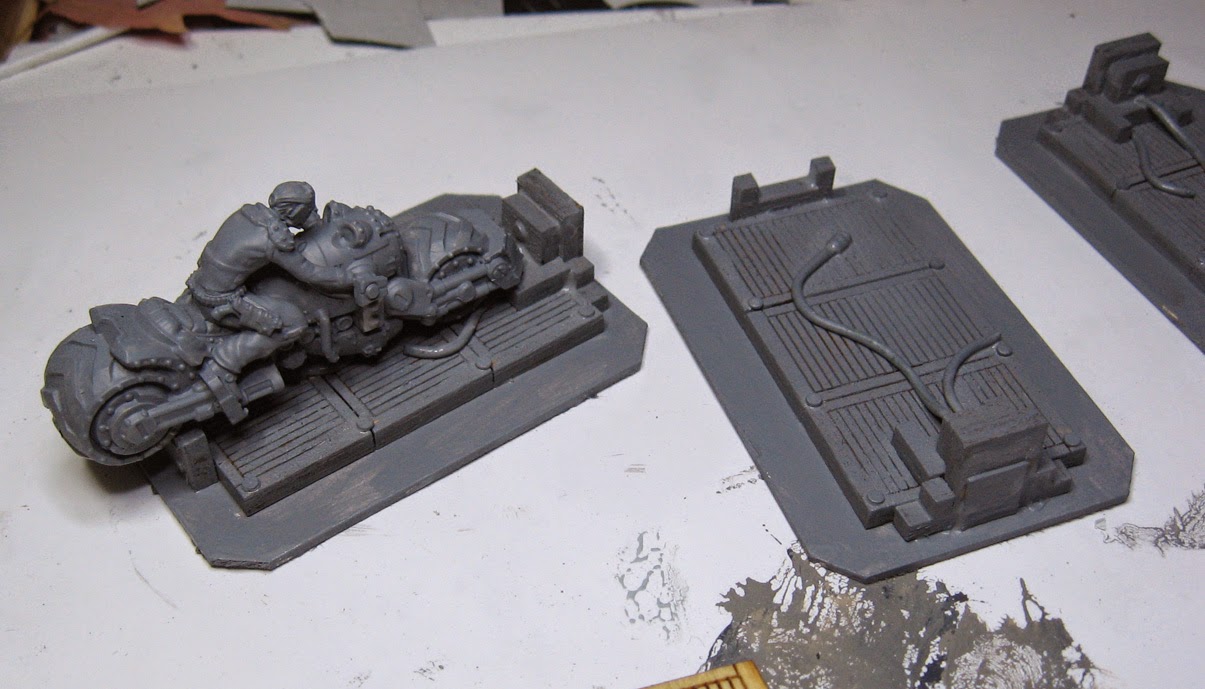 I figured I would paint them up like the versions that I saw in the main rulebook.  Also, I wanted to see how the wood would accept paint, as well as glazes. 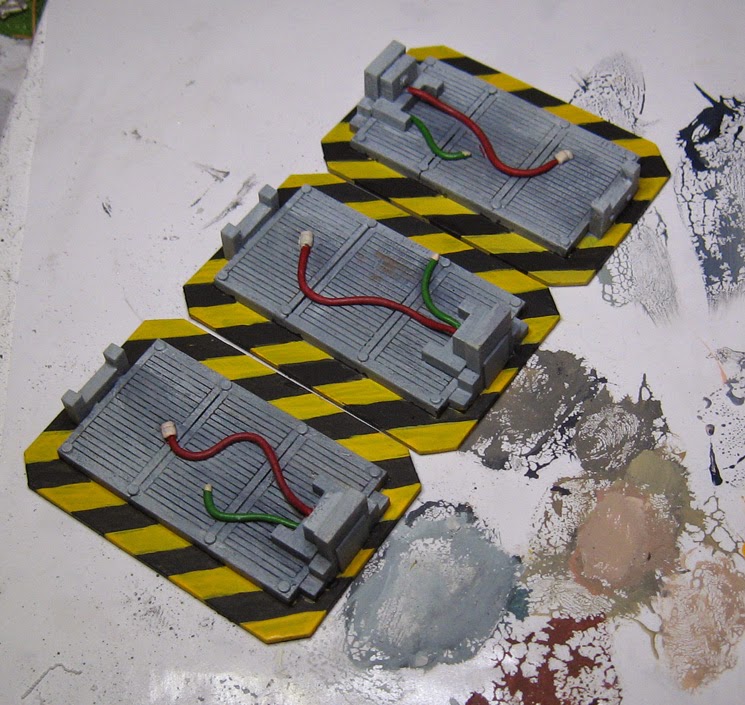 With the initial layers done, Secret Weapon washes for the win! 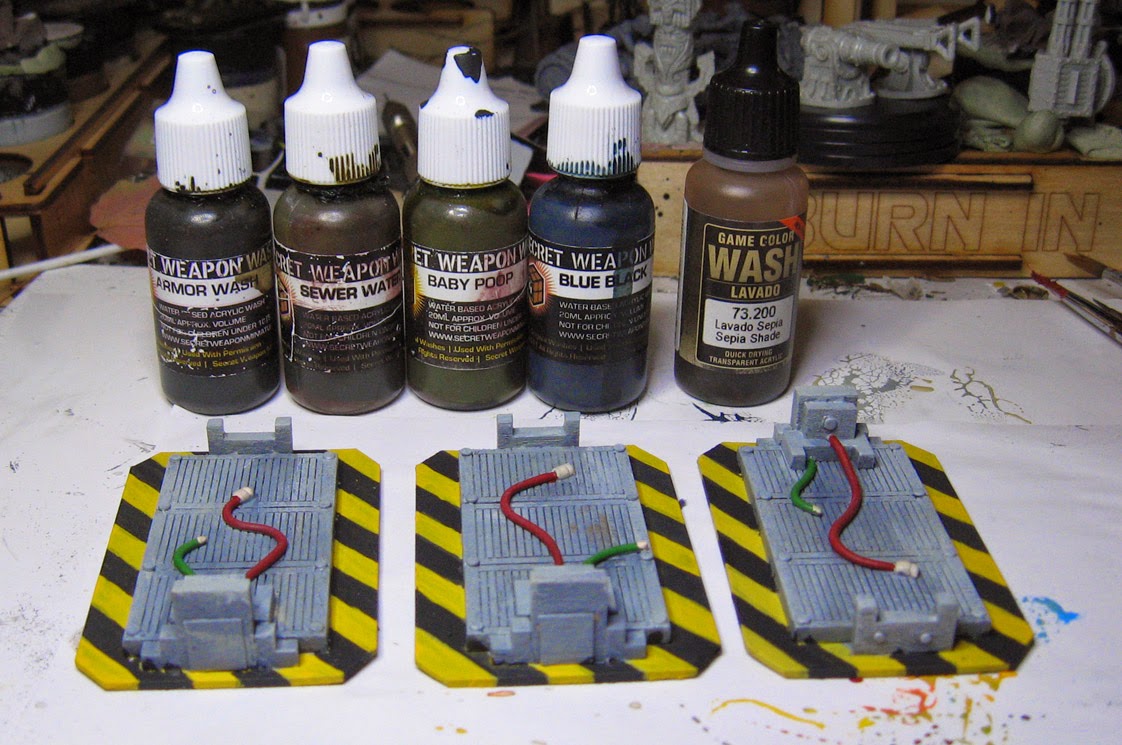 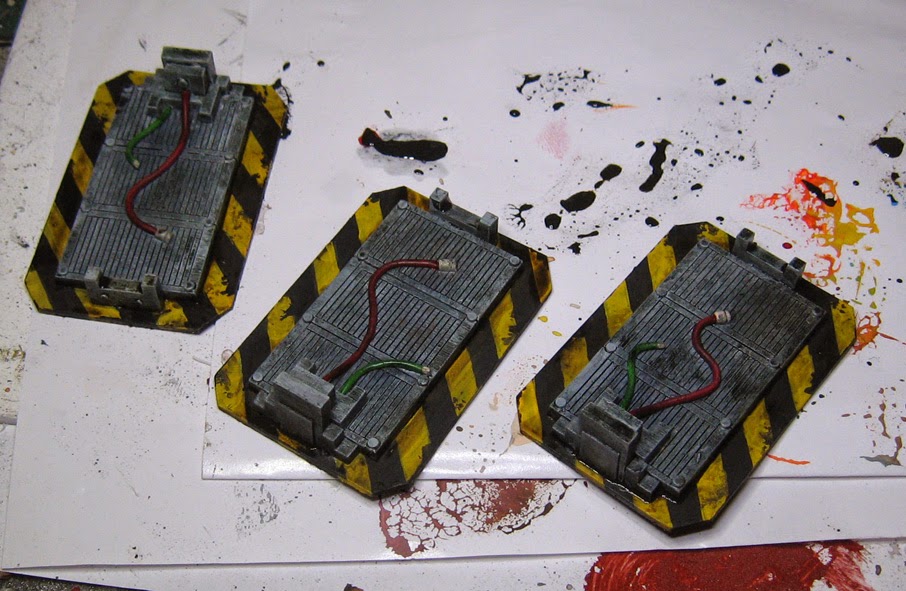 Still about an hour or two left to go on these, but they are not too shabby for now! 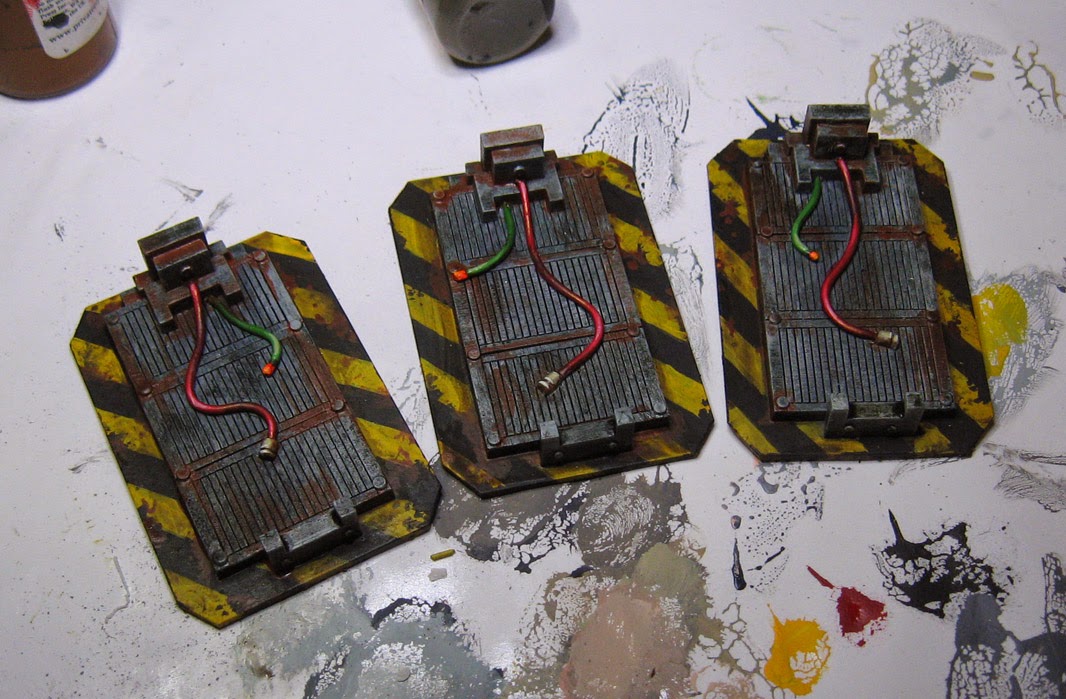 Two Thanatars are better than one :-) 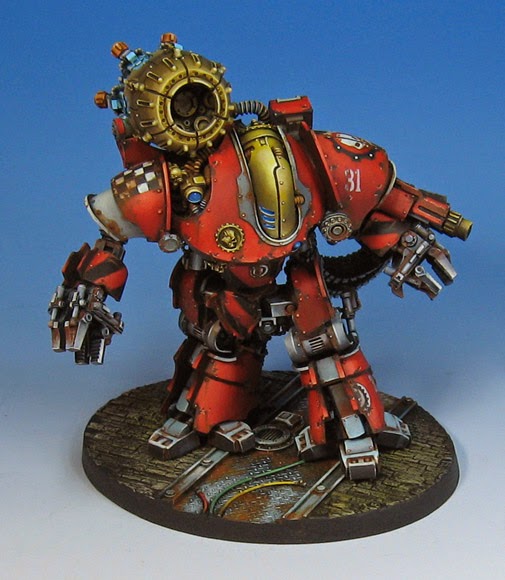 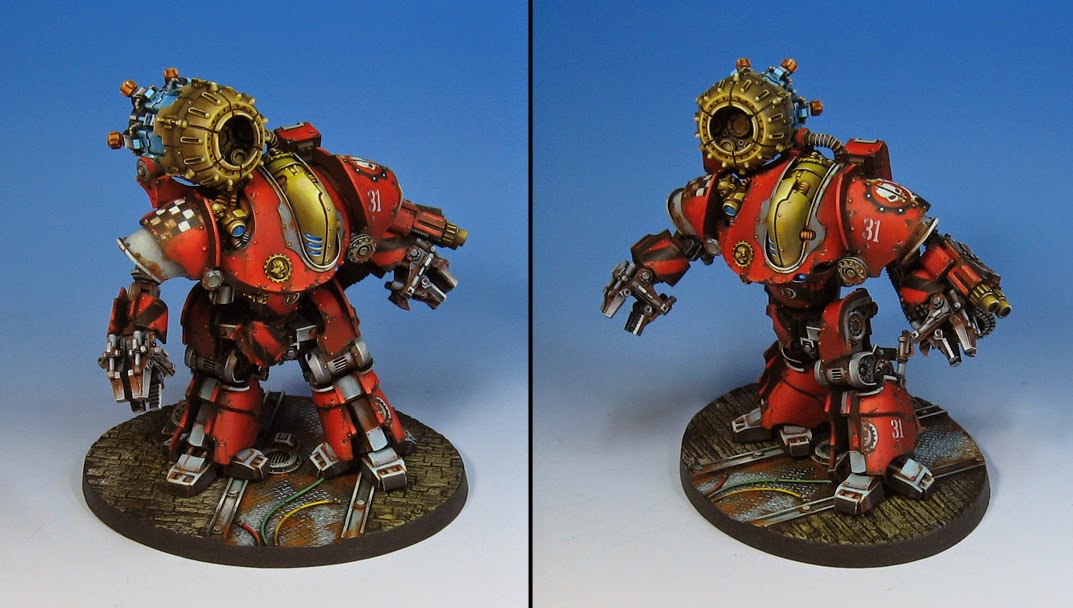 The next set of images will show them side by side, along with some size comparison shots. 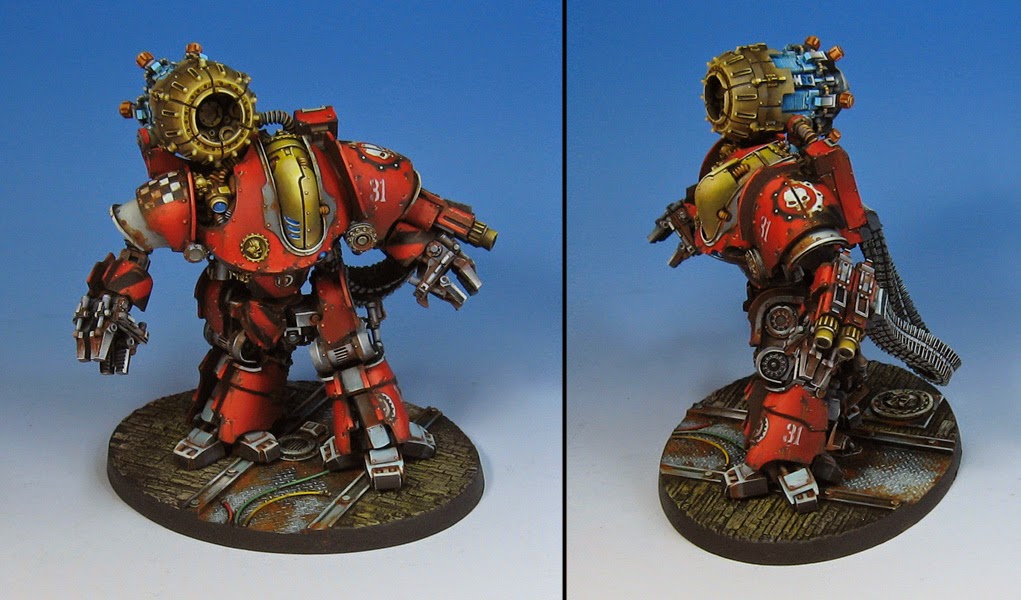 I keep forgetting how massive these are. 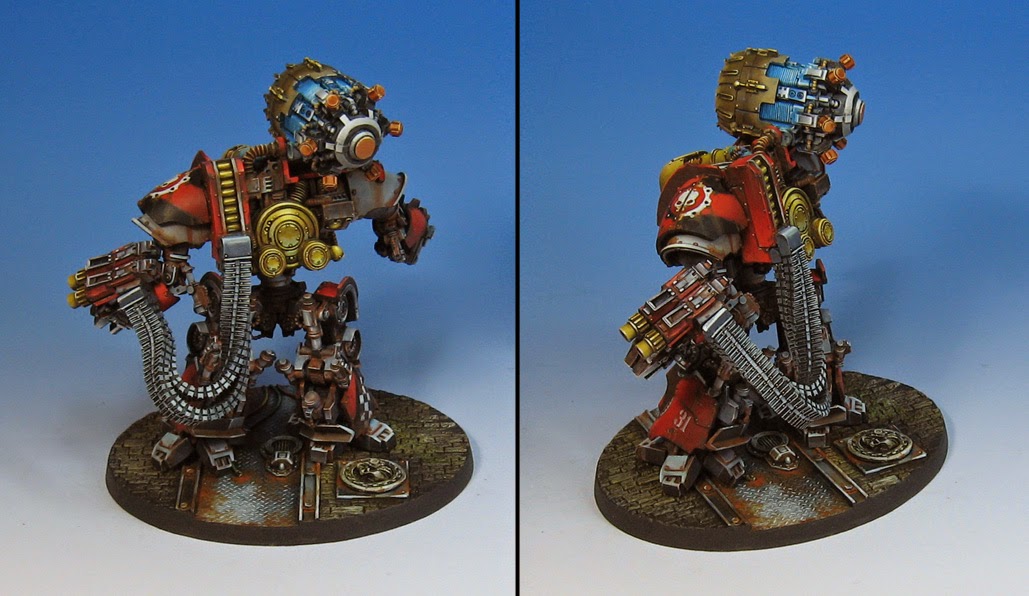 I'm glad that these guys are finished now, that's for sure. 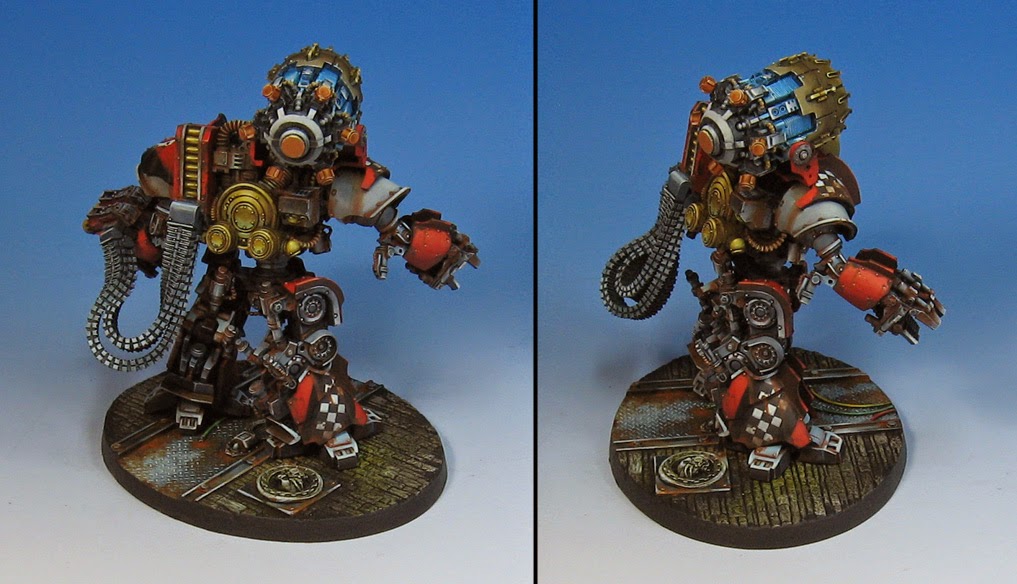 Lots of crazy things to take care of with the leg assemblies, the ammo feeds, and more. 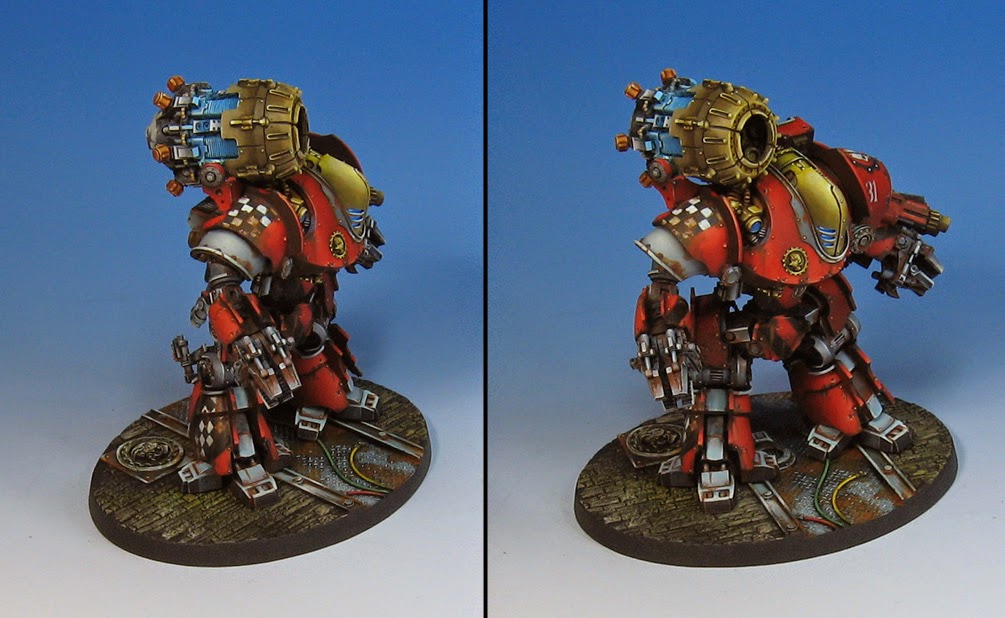 Don't let this guy step on you, 'cause it's gonna hurt! 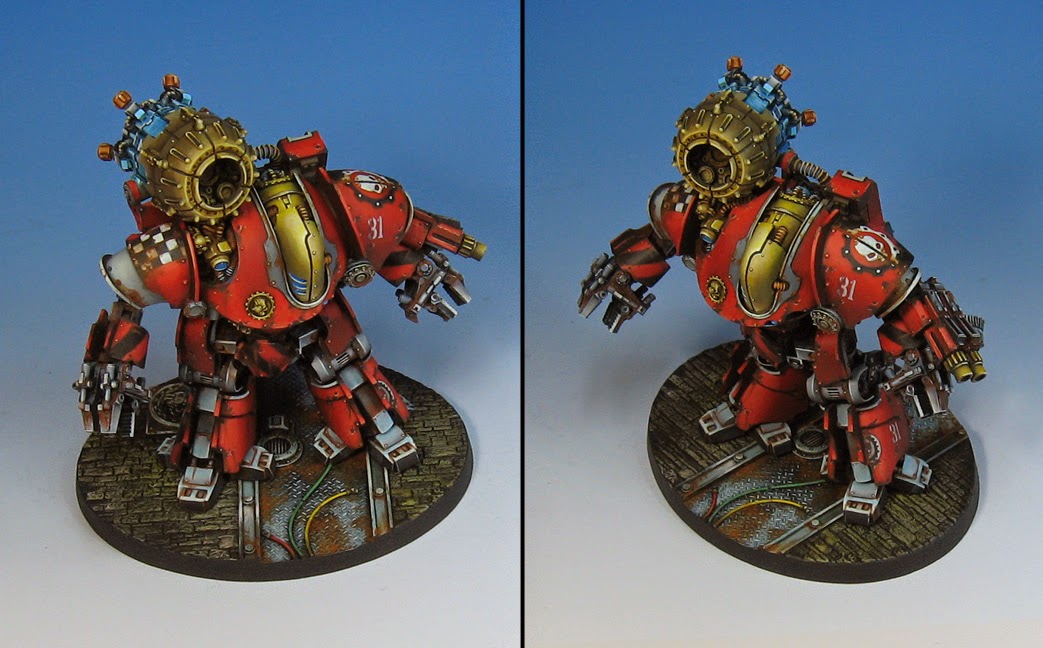 Posted by wappellious at 12:26 AM No comments: