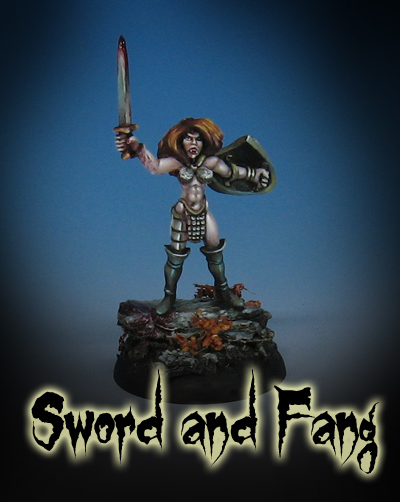 Here's an old classic from Reaper... some vampire toughness for ya!

I thought that it would be fun to put the image of the vampire bat in front of a full moon on the shield... 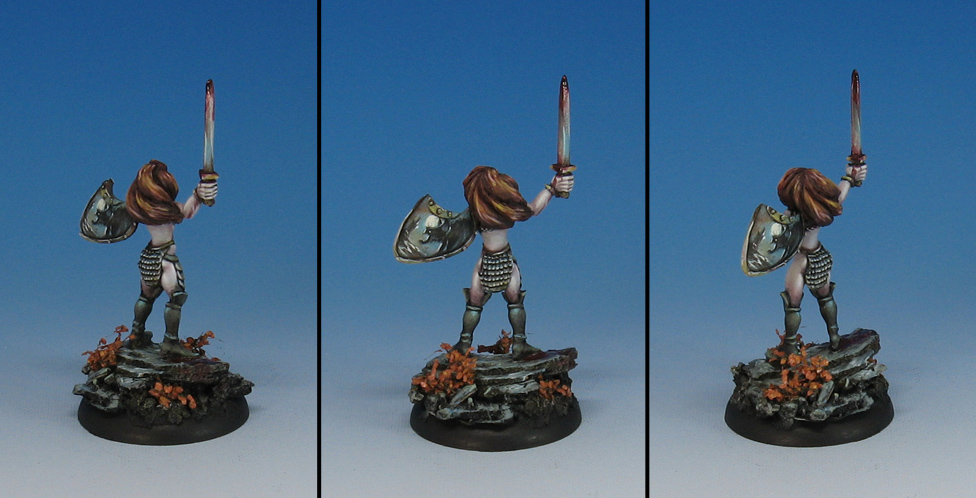 Finally, I had a bit of fun using a fall themed Hangar 18 foliage to match the colors of the hair, bringing that matching tone down to the base.

Posted by wappellious at 2:08 PM No comments:

Part Two: The Draahk are coming 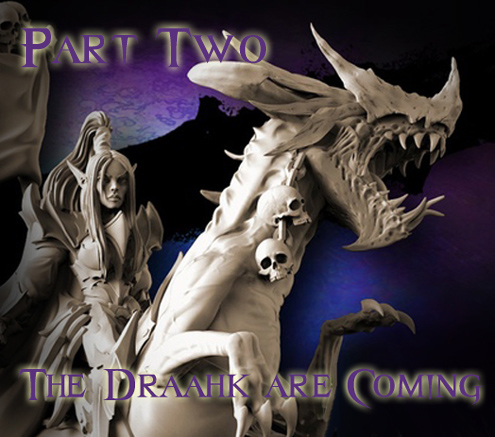 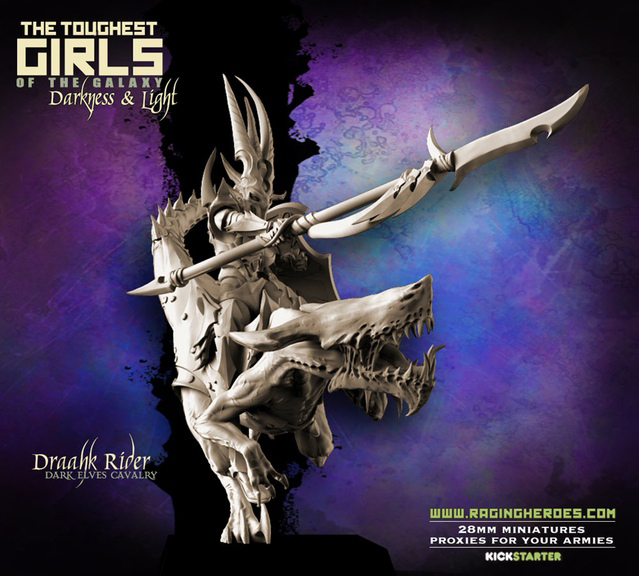 This image is one of my favorite angles.  It shows the action and dynamics of the pose, and shows off the sleek lines of the Draahk. 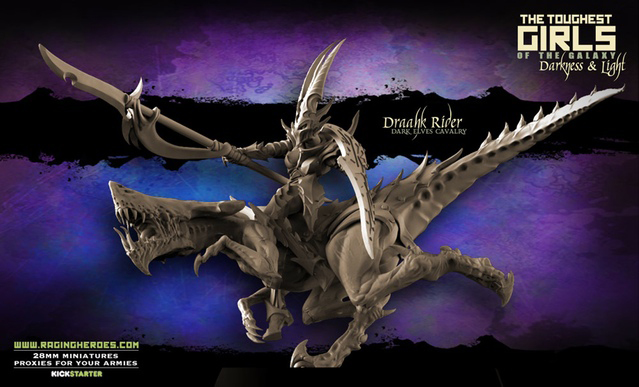 As I mentioned in Part One, the variety in these poses will benefit greatly from the "multibasing" system used in Kings of War.  I like to call it open basing... or even diorama basing. :-) 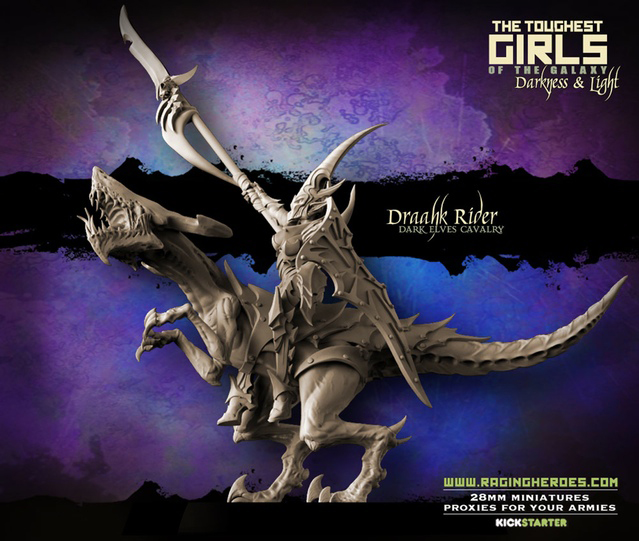 Fortunately, it seems that battle standards still have a place in Kings of War, so this one should be quite useful! 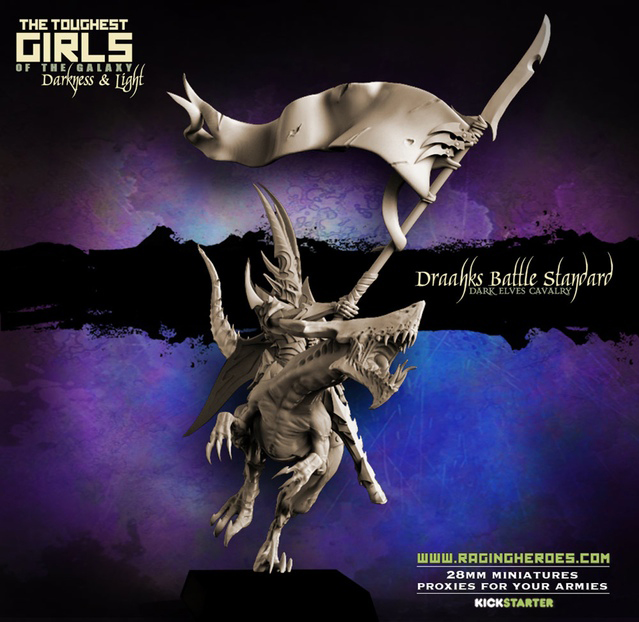 Allies are also a big part of Kings of War, so it's possible just to add this kind of unit to your army if it already has the "evil" tag. 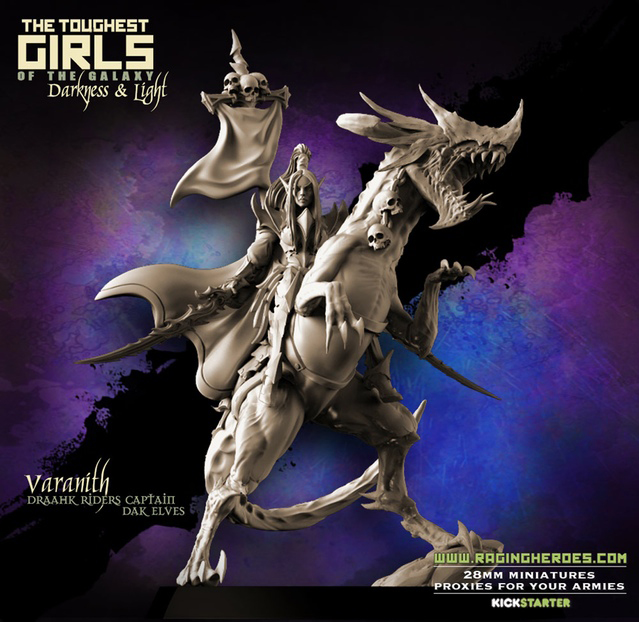 I just noticed that the shields on these are quite similar to the Asharah figure.  It gives me a very good idea of what the size and scale of these will be. 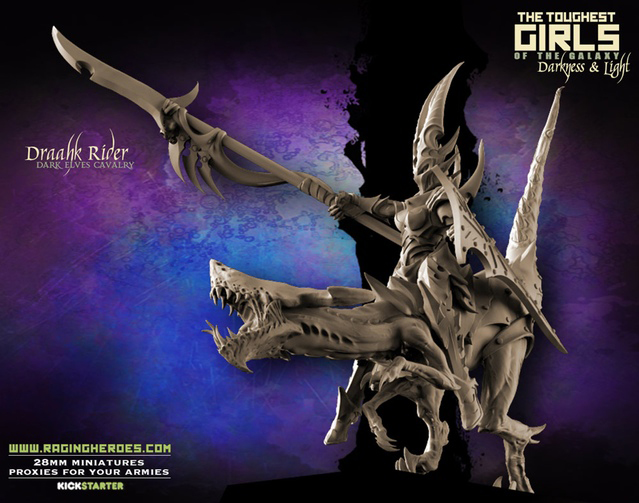 A champion figure is also handy for KoW, as that figure marks the center point of your unit, and that is the mark from which you do all of your rotations and line of sight. 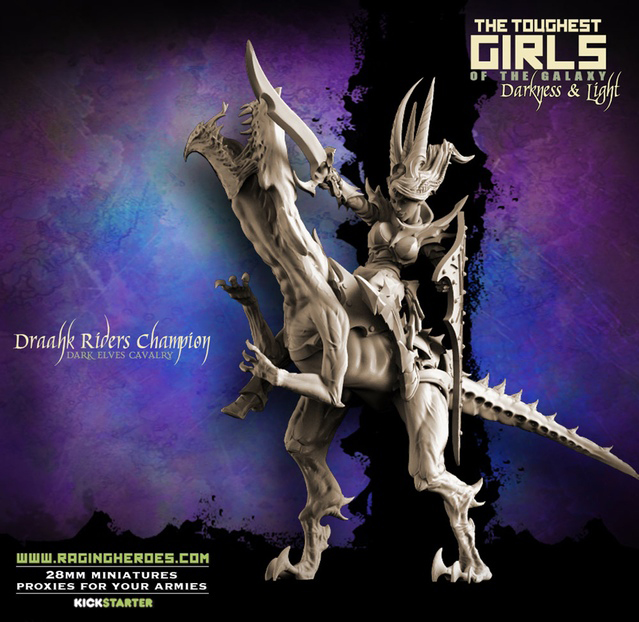 I'm sure that there will also be weapon and head swaps as well, as was done with many of the troop kits in the first campaign, and with the sci-fi Blood Vestals. 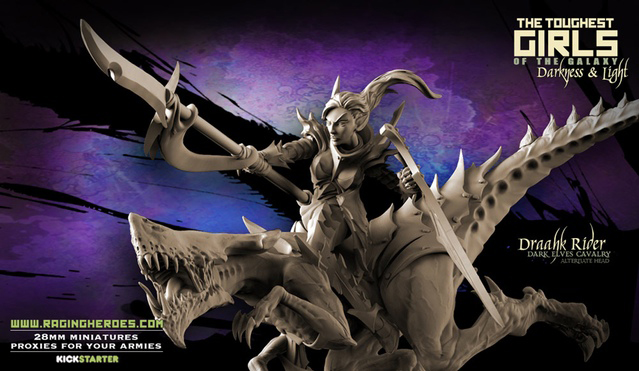 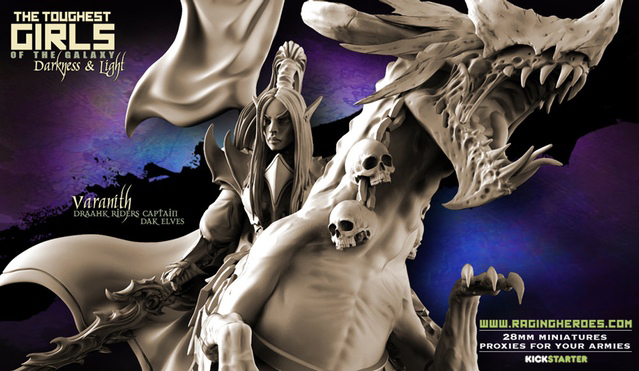