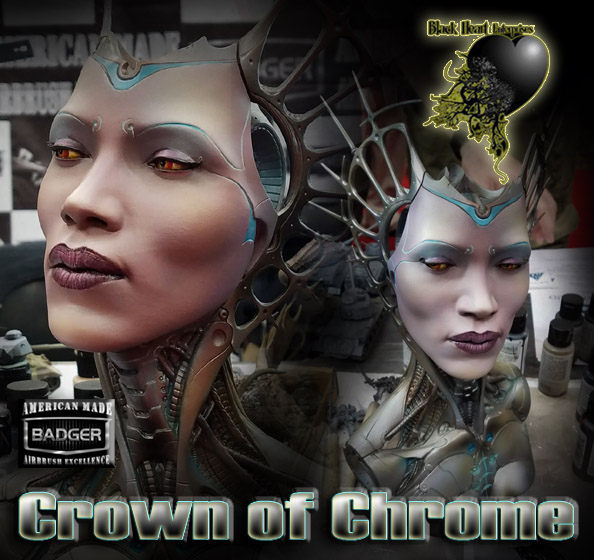 Time to continue the process of painting the 1/2 scale Black Heart Models bust!  As you saw in the first episode, I was using the new Badger Metalsmith color set to shade and tint a number of metal colors.

I was mixing in some additional Ghost Tint colors to achieve more dramatic dark tones and push some of the metal colors towards brass, copper, etc.

I used "regular" Stynlrez primer for the face, so that it would stand out from a texture standpoint from those metals. 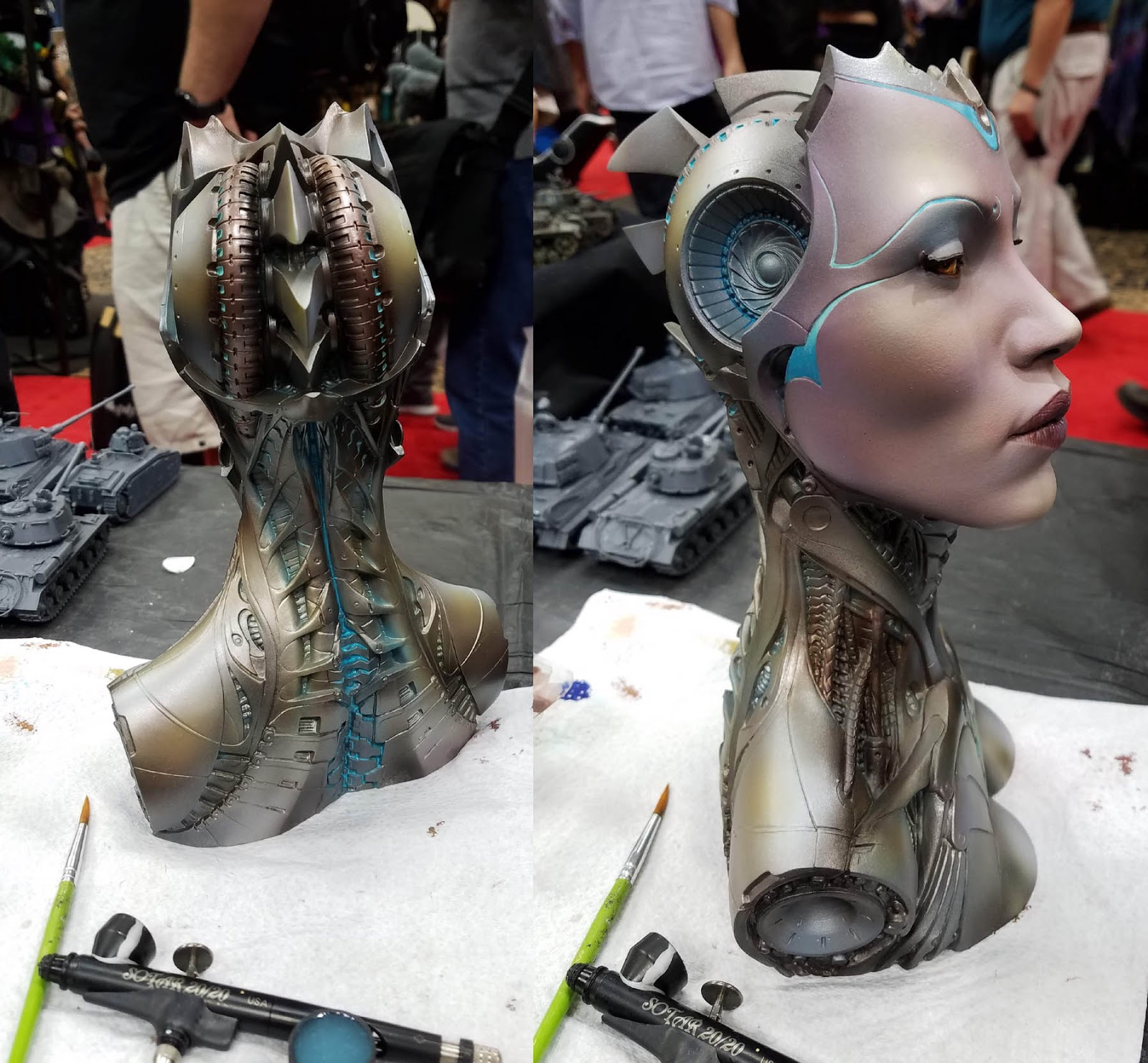 And here he is, the genius behind the amazing Black Heart Models busts that everyone is so crazy for!  He developed some new rotating display cases for GenCon too. 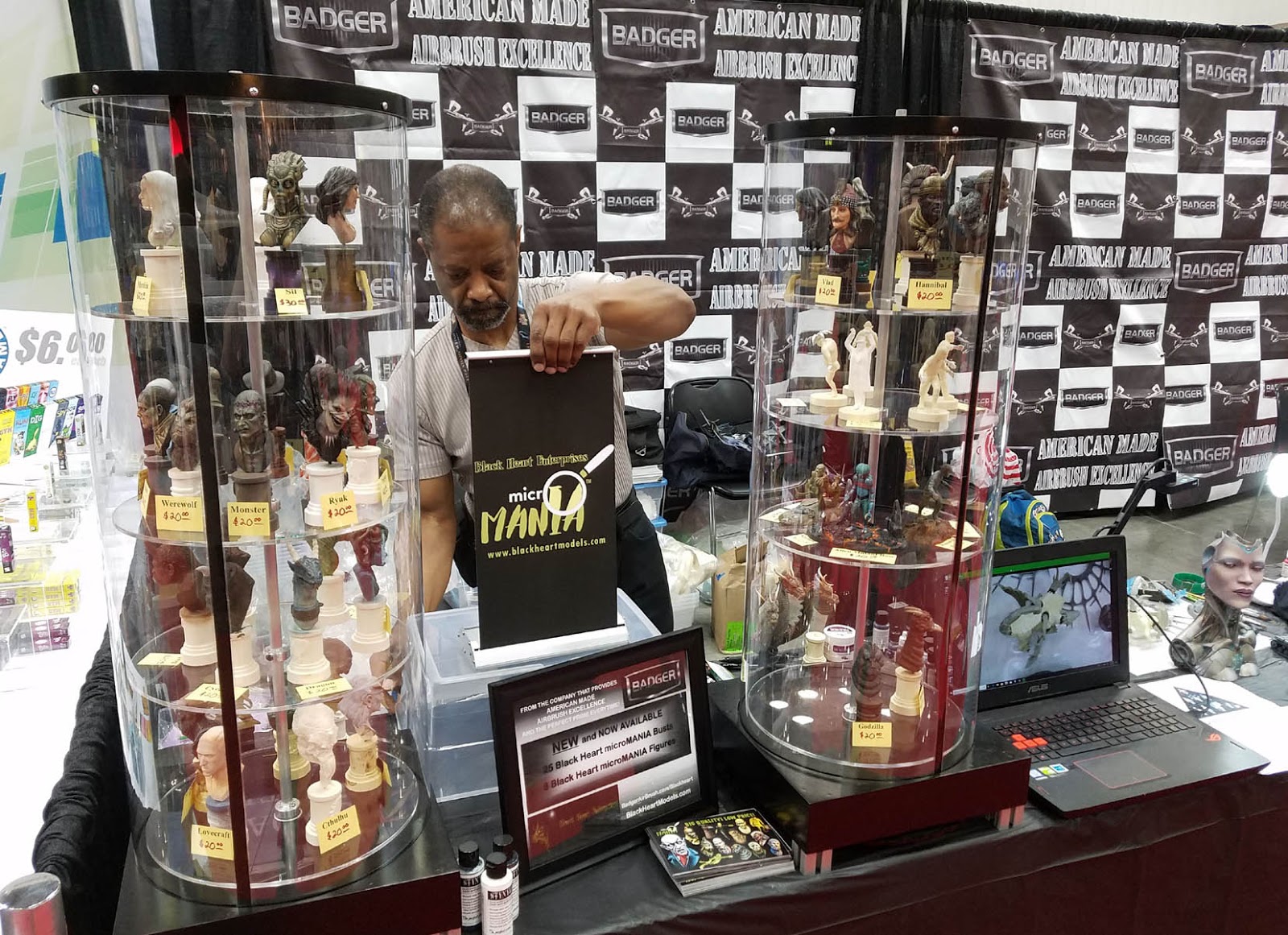 We have already been making plans for next year, which should include a larger video monitor, so that people can see what I am doing on camera more easily.  There might even be scheduled times for specific demos, so that you can plan your dealer's room excursions around them! 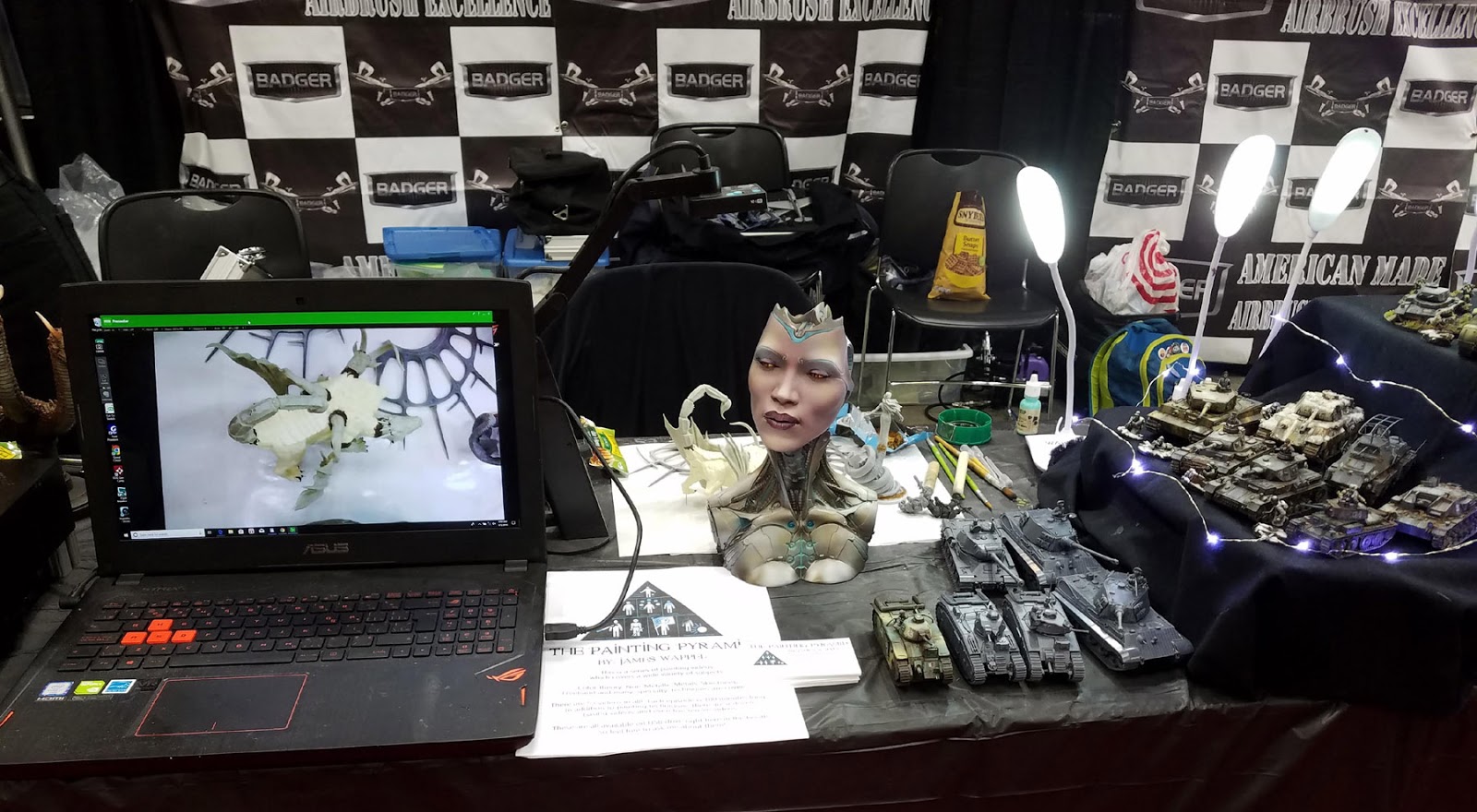 After working on the main bust all day Thursday, I did some more elements on the face and the 'crown'.  This was also done with the Metalsmith paints.  Hopefully you can see some of the variety in the tones of the metals... 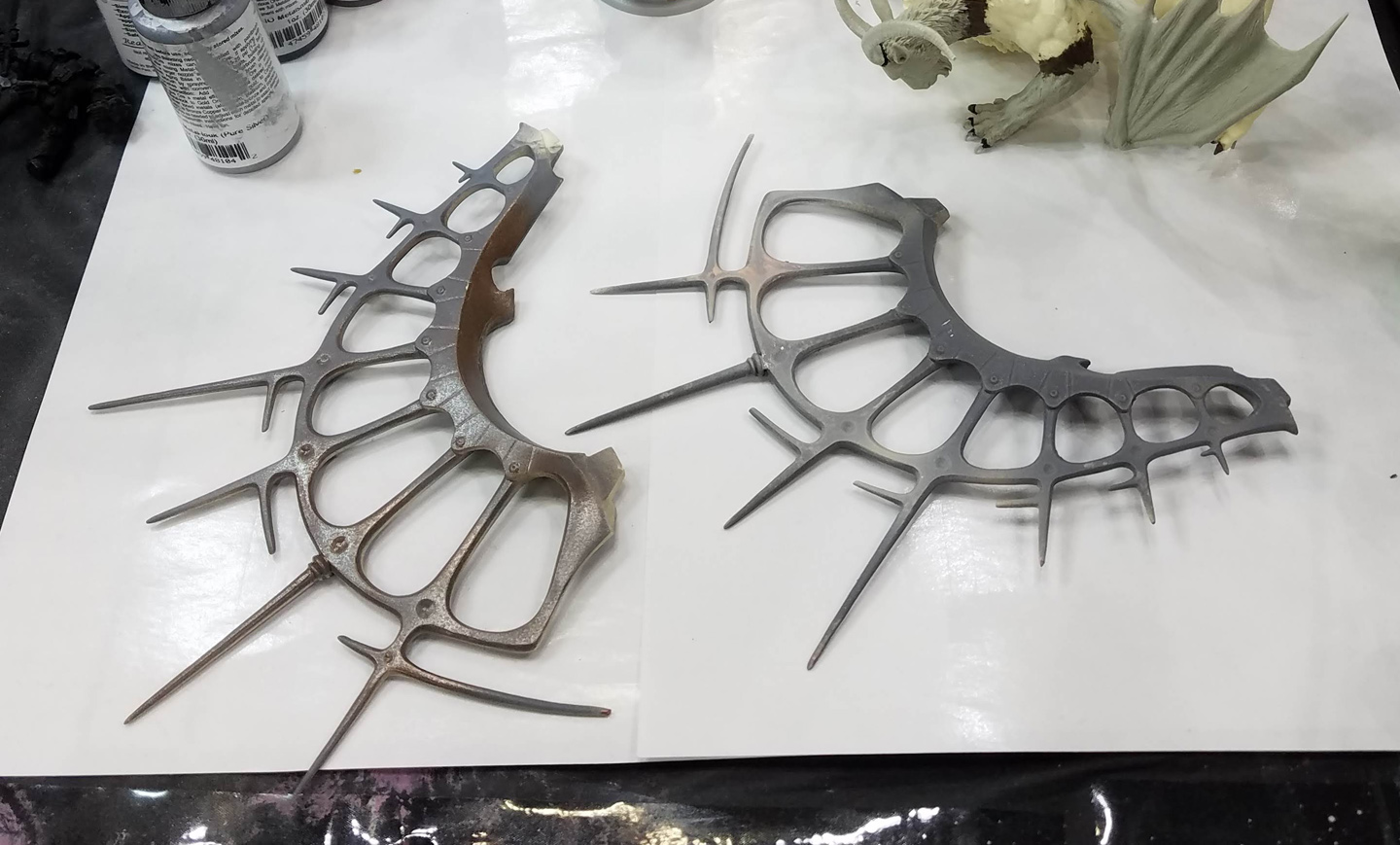 Time to attach those pieces, and see how they look!  You can also get a peek at some of the glowing areas, which I am working on now with my fluorescent paints. 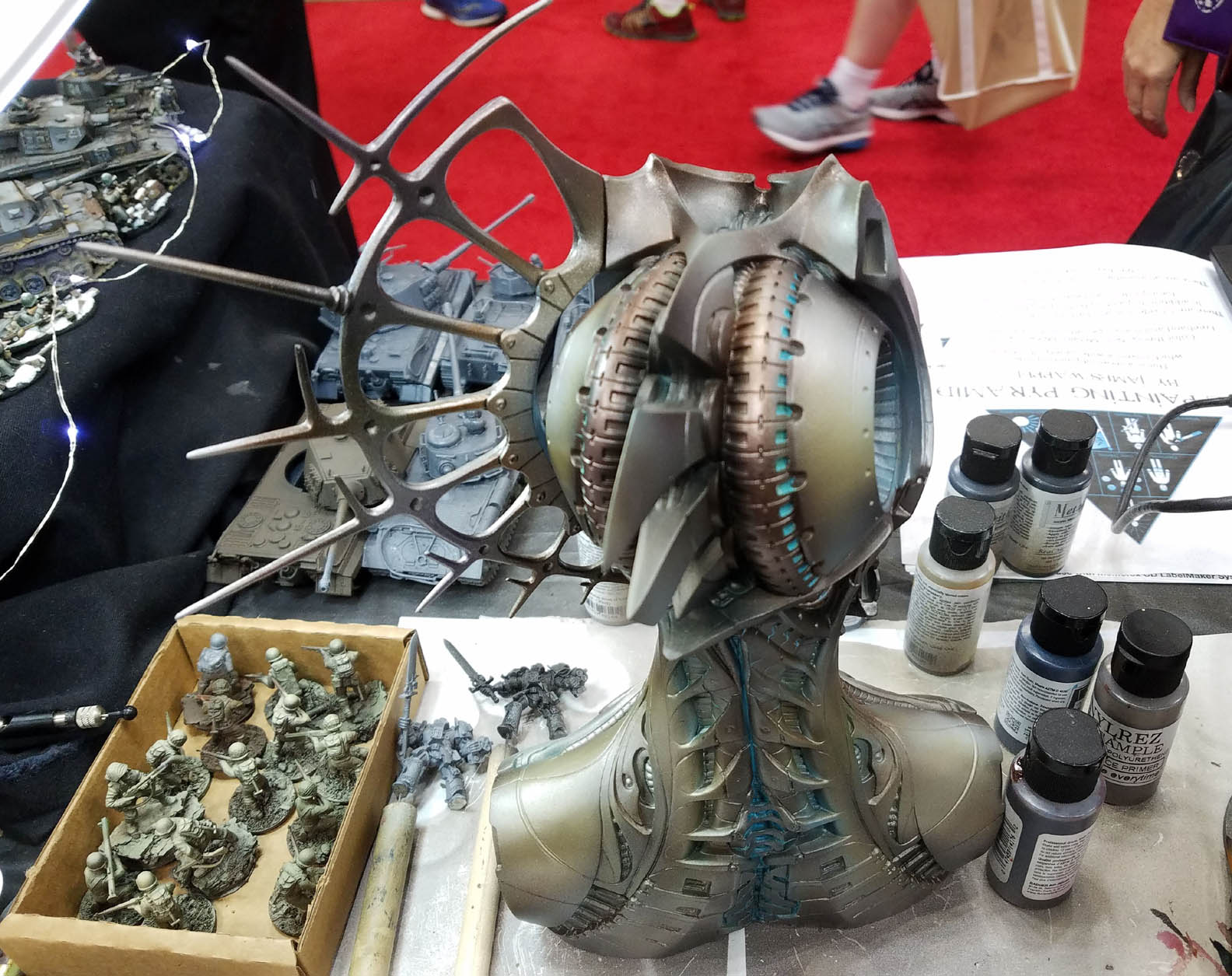 Adding those sections created even more of a contrast with the textures of the face, which was great to see! 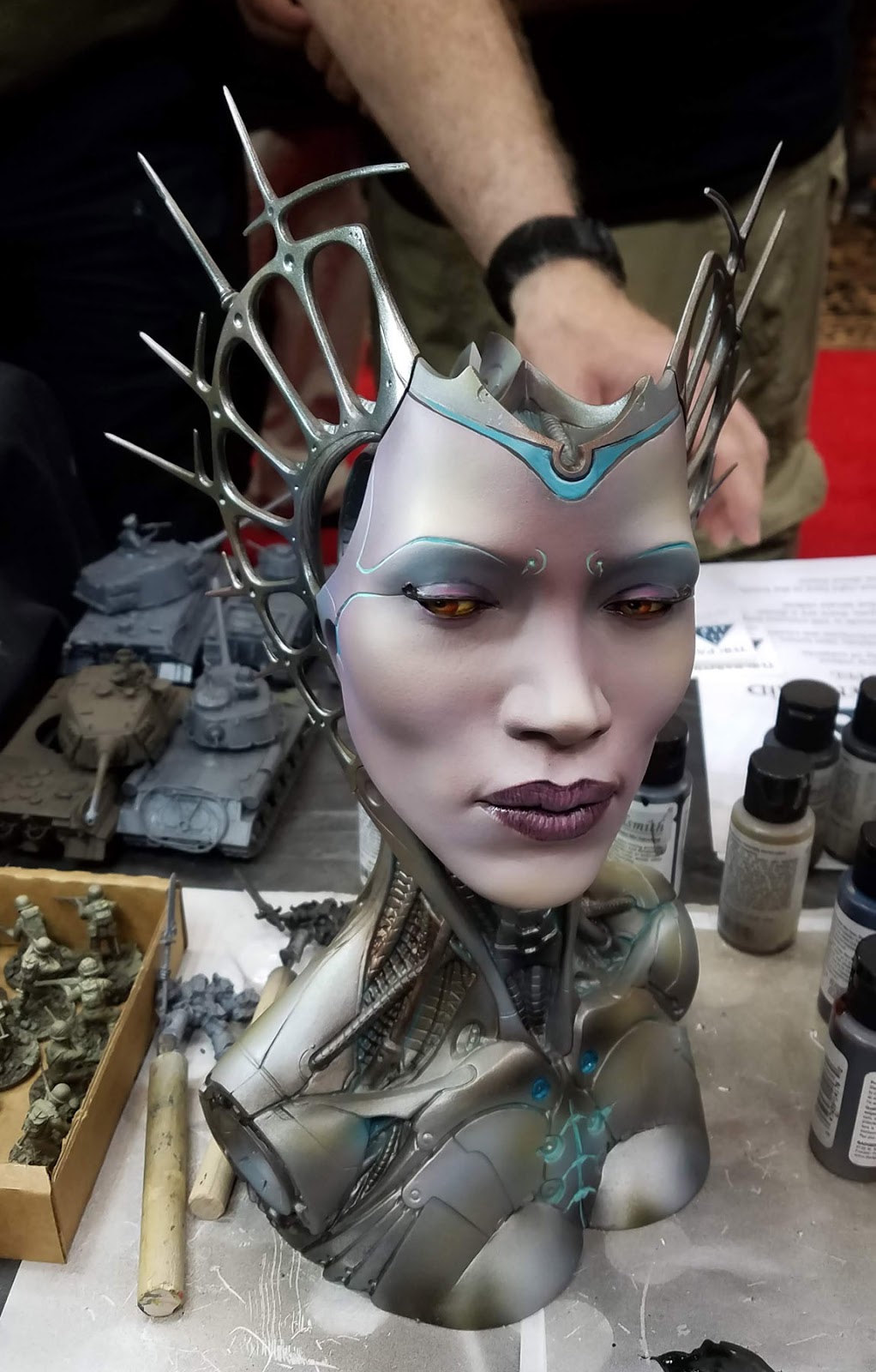 I will also add a touch of my fluorescent orange to the eyes, which should make them even more piercing than they already are.  As I told many people watching, the idea was to do the eyes, mouth and other details with a brush for a few reasons.

First, it was just easier to do so.  There are some things the airbrush does more efficiently, and vice versa for the traditional brush.

Second, the brush would provide that hard edged contrast that was needed to draw the viewer towards the eyes and central facial features. 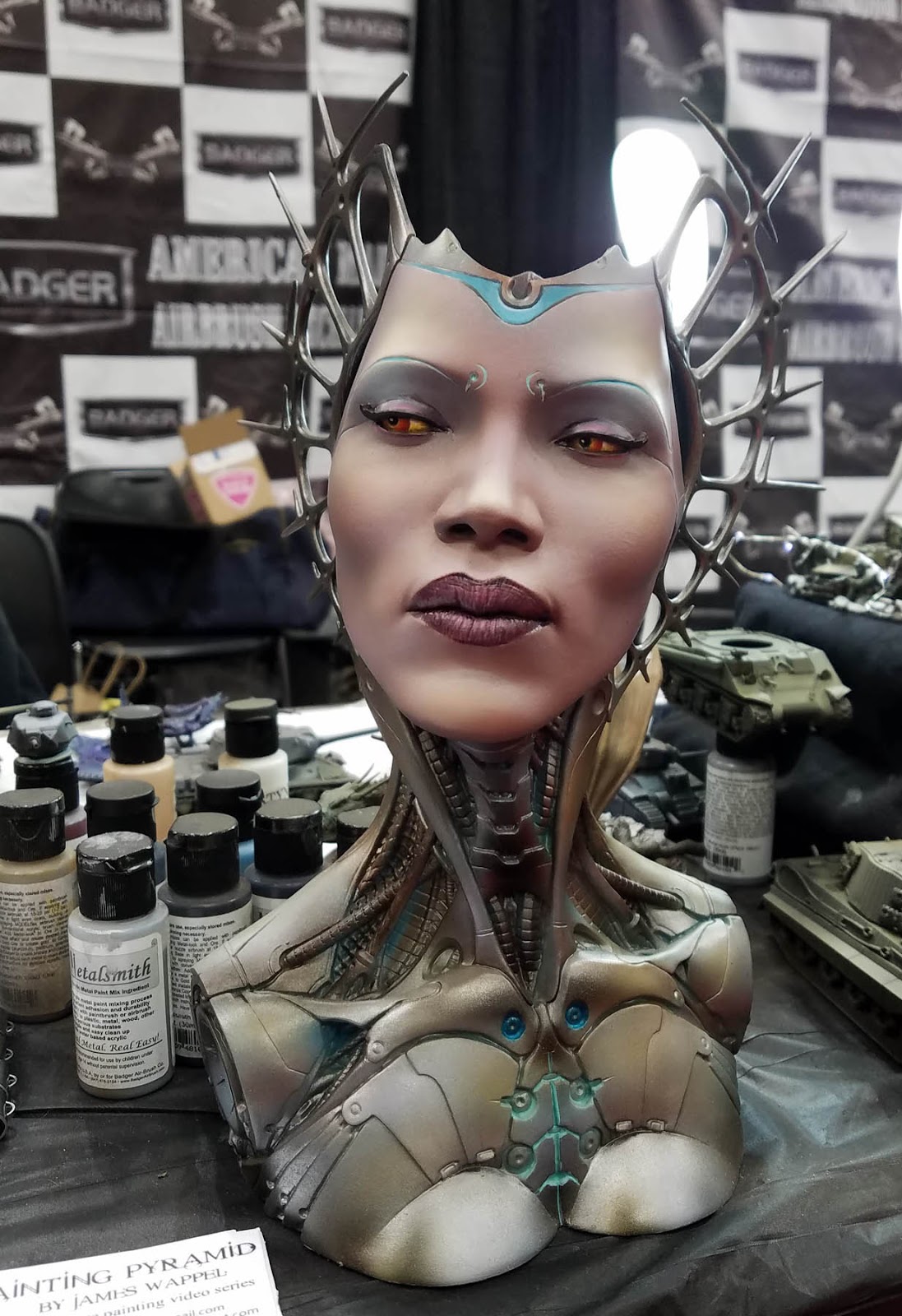 There's plenty of things going on with this bust, so I need every available form of contrast.  Light vs dark, warm vs cool, muted vs saturated, and also hard vs soft edges. 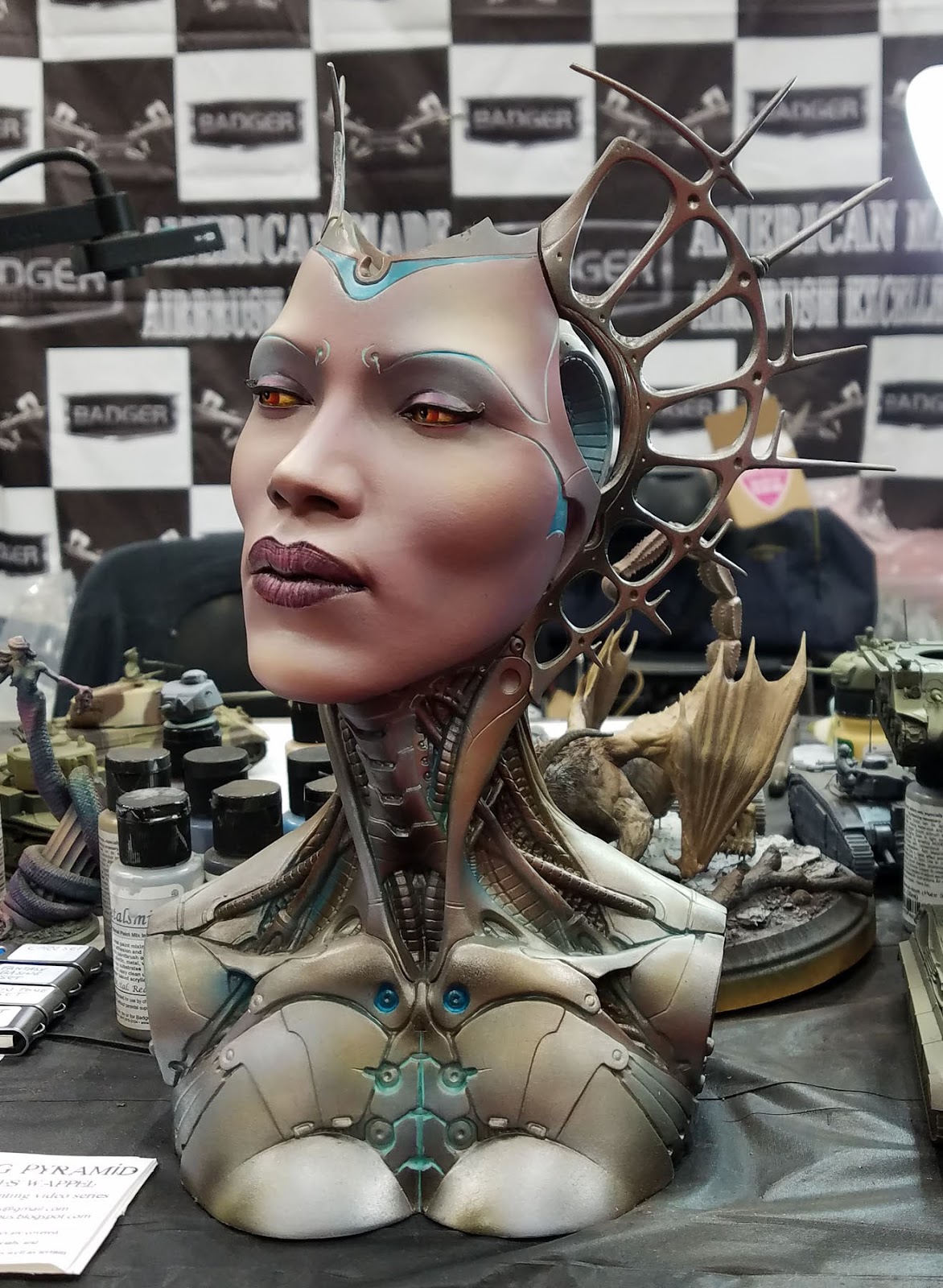 I have some more posts coming of the activities in the Badger Booth, so stay tuned! 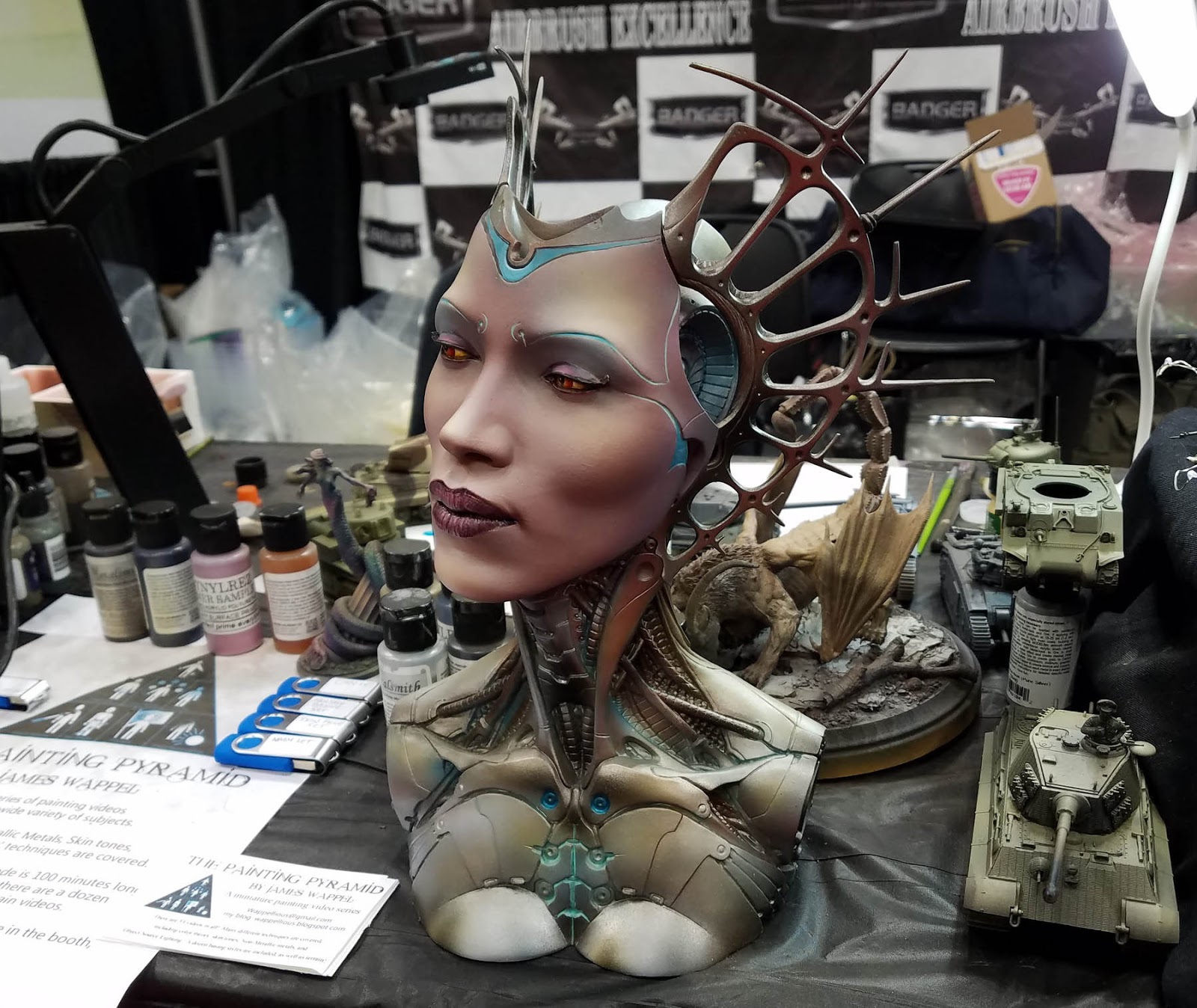