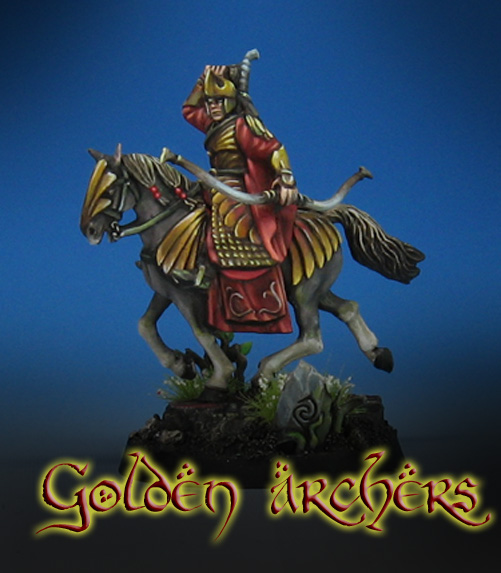 Time for more Golden Boys!  This one was painted in the same manner as the other Galadhrim Cavalry figure.  As before, glazing and tinting after the Shaded Basecoat was the key.

This meant mixing glaze colors such as Secret Weapon Sunshine glaze with purple, and even the Vallejo fluorescent paints!

Let's not forget the 'reflections'.  These cooler areas of the metals were tinted with a mix of yellow glaze color with a grey or green.  Surprisingly, there are many hints of green to be found in gold colors.  Just a bit though... for effect.  Too much, and it might appear more like brass!

Just like the last figure, the colors of the cloak and the horse both influenced my shading and provided that all important contrast.  These views really show the hints of red on the armor plates!

Here's some views of the figure I used for the how to paint gold NMM video, and a few scenes:
http://wappellious.blogspot.com/2013/08/raging-brunhilde.html 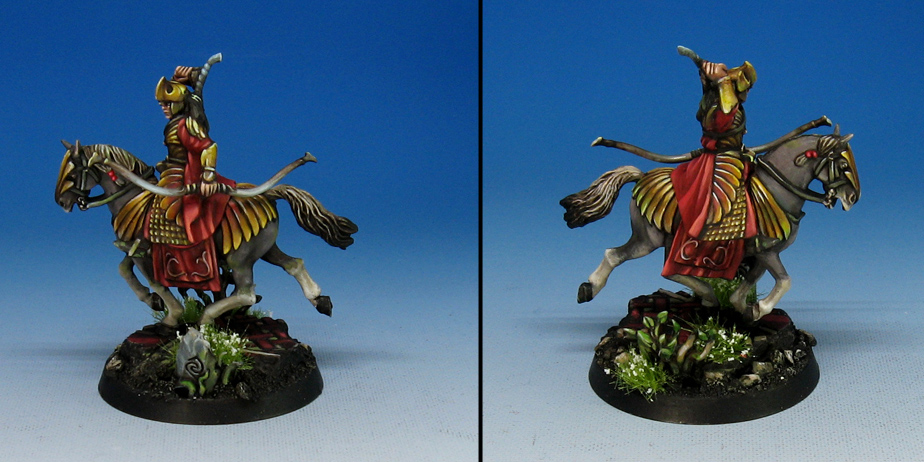 The Painting Golds video is available directly from me, and from Kings Hobbies and Games: 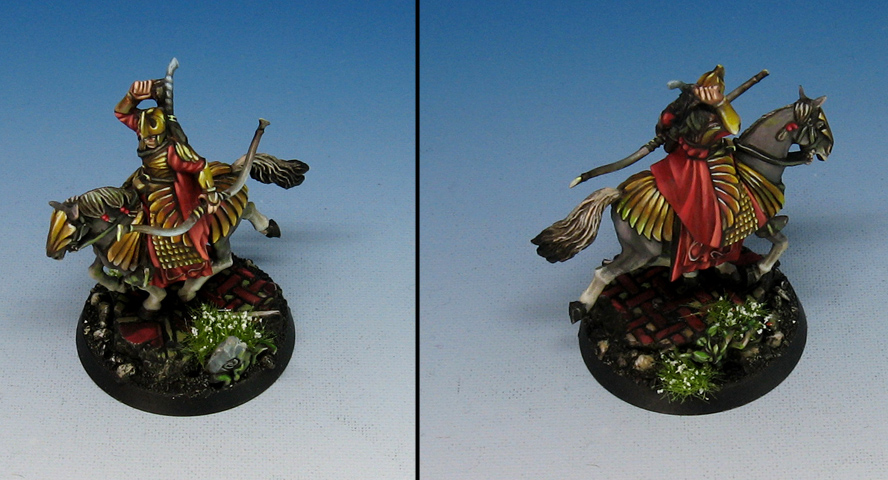 Here's an example of what the videos are like: 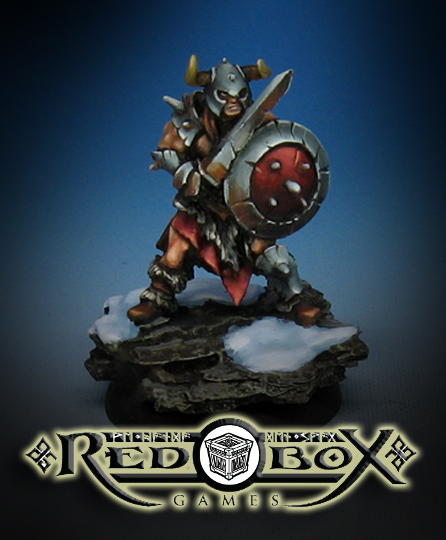 One more Red Box barbarian for you on this early Saturday morning!

These have been the most heavily armored of the Red Box Games figures in a while.  There are many nicks and cuts in the armor plates, so that requires an altered approach from what I would normally try.

With this many damaged sections of armor, any glazes need to be very controlled, because too much extra liquid can go in some pretty unexpected directions!

Stay tuned for much more from this group!! 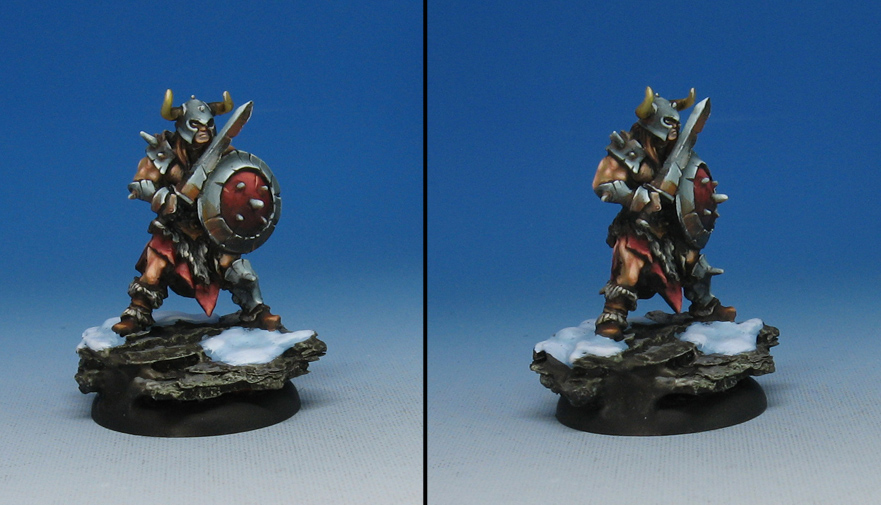 Posted by wappellious at 2:10 AM No comments: