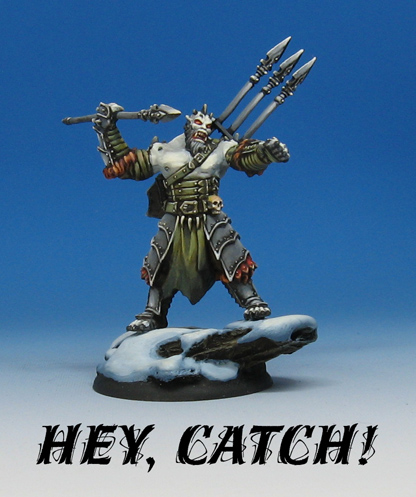 The snowball fight continues with more Legion of Everblight!

It's another one of the plastic figures, which, as I have mentioned before, are not exactly the easiest things to deal with.

While the metal is much heavier, it has taken me far less time to prepare and paint those.

Hopefully future generations of plastics won't have these same issues, as they are very interesting minis! 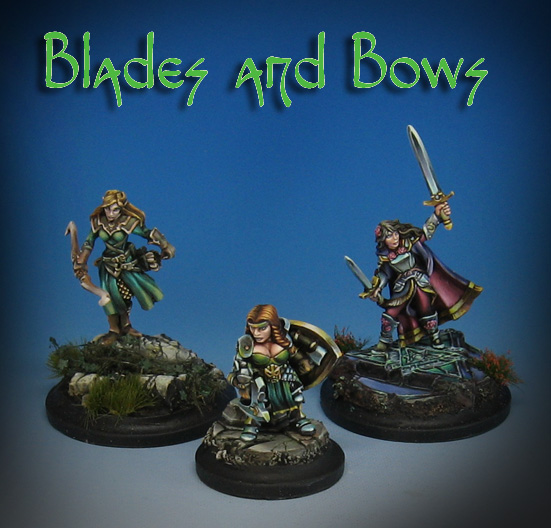 Time for a little collection of Reaper gals for you.  It was very nice to get back to some shiny stuff again, as many of the figures I have been doing lately are far more muted, and don't really have much in the way of chrome-like NMM. 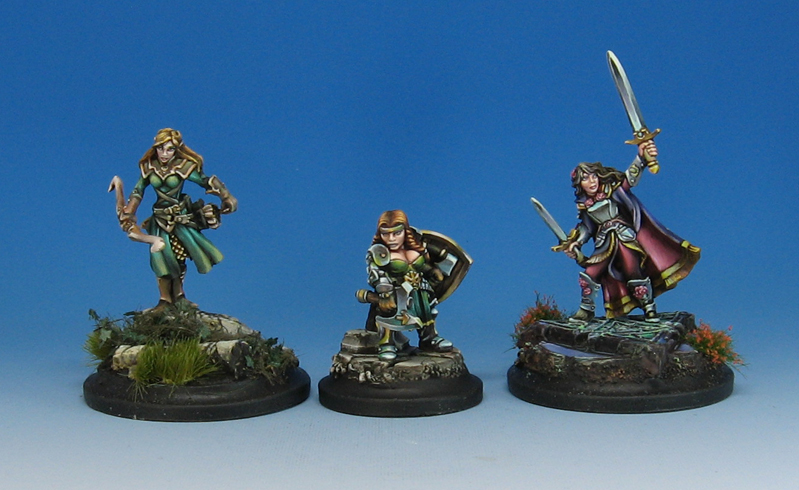 I was also able to inject a few new colors into the mix, as well as some old favorites that had been 'set aside'.  That is, when I reorganized the painting area yet again, I 'organized' a few colors out of existence! 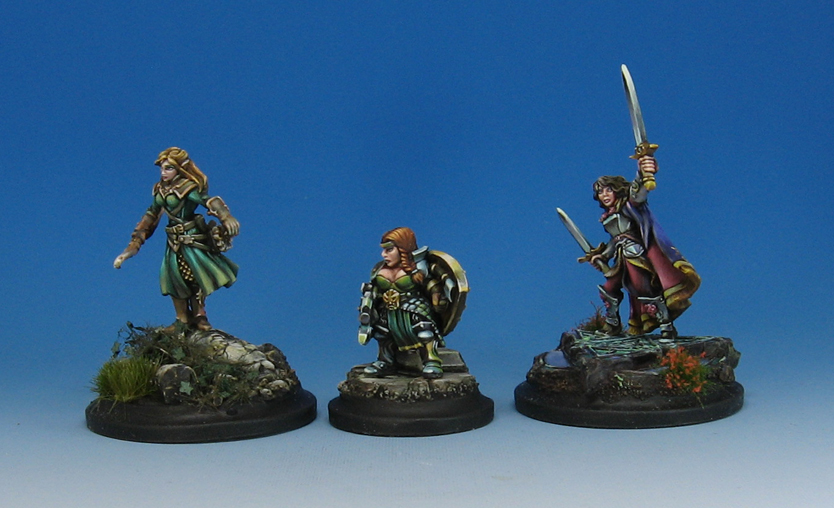 These also gave me a chance to play around with a bit of freehand, a little practice and warm up for some heavy duty projects that are going on right now. 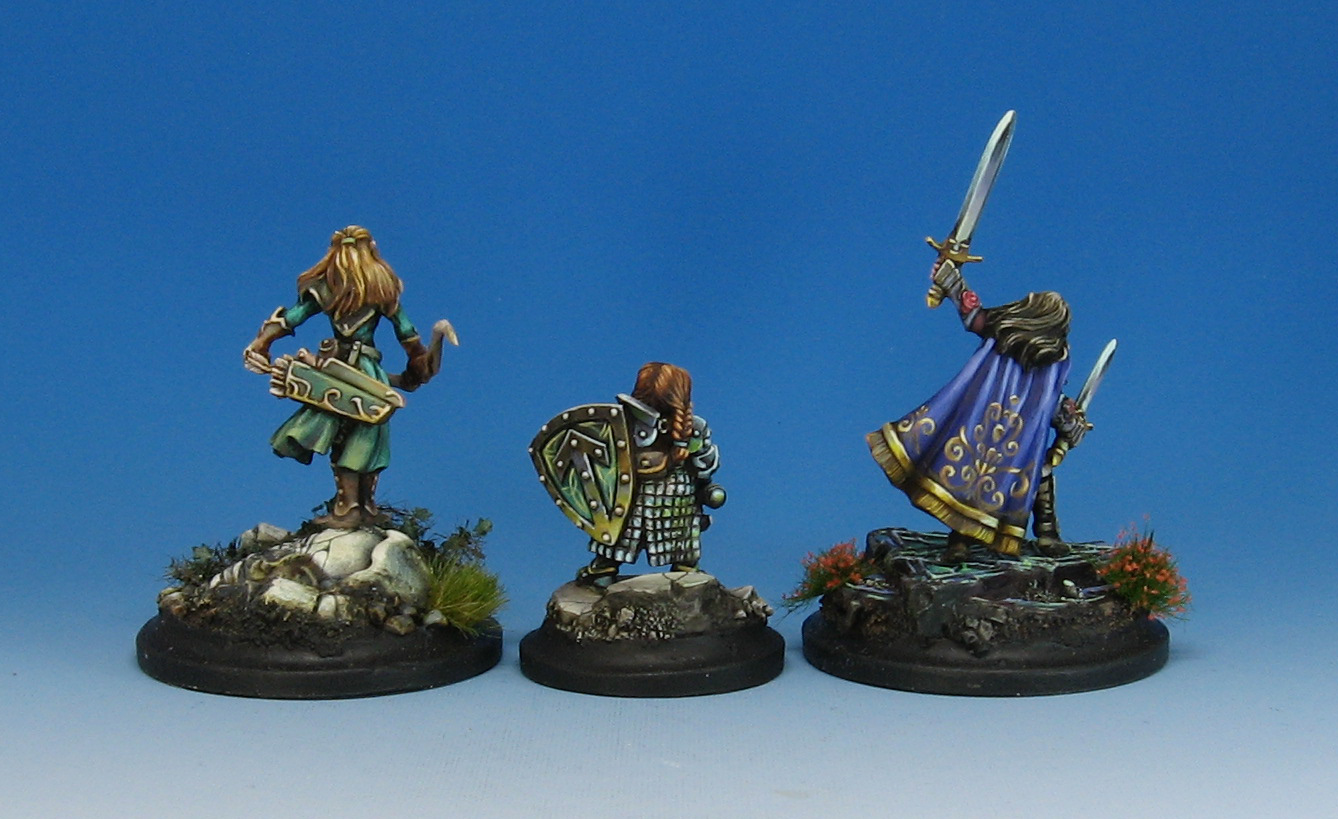 I also realize that I did three different colors of hair on them! 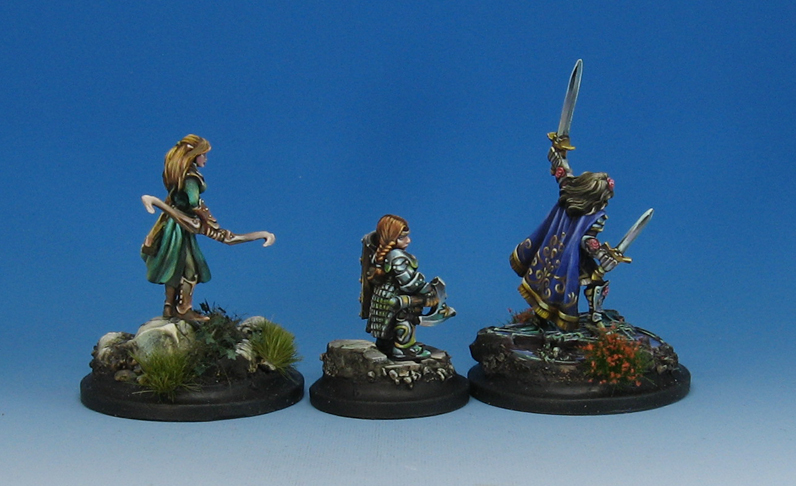 I believe that each one was done by a different sculptor as well, which is a property that I love so much about Reaper figures.  You can't get bored with them, as each sculptor has their own individual approaches to faces, hair, armor, cloaks, etc. 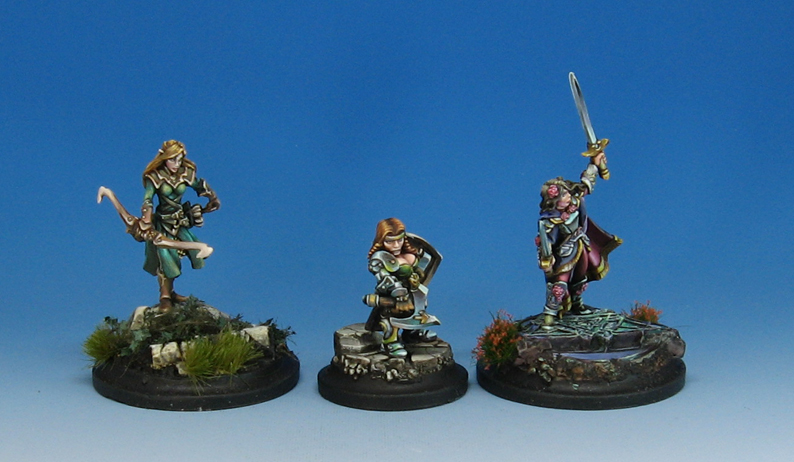 These really are fantastic poses, with plenty of action without appearing as if their hair was on fire:-) 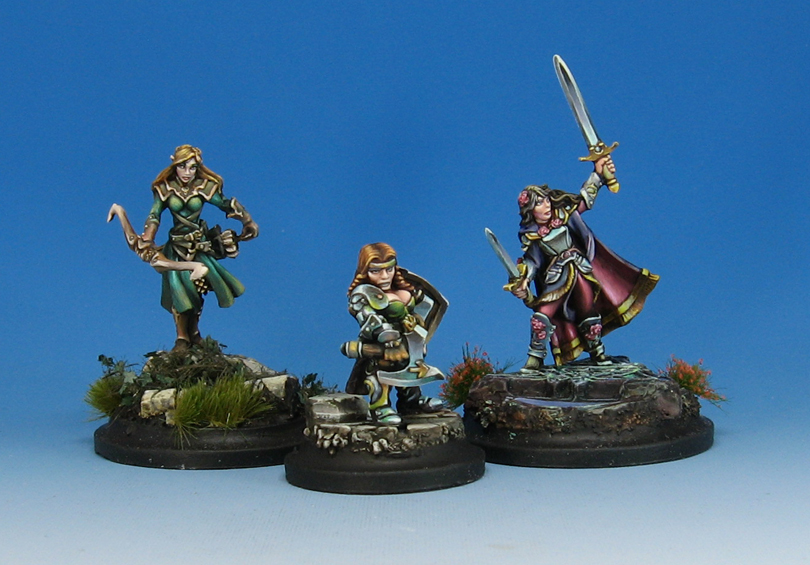 Three very distinct types of base can also turn a single 28mm figure into its own tiny diorama! 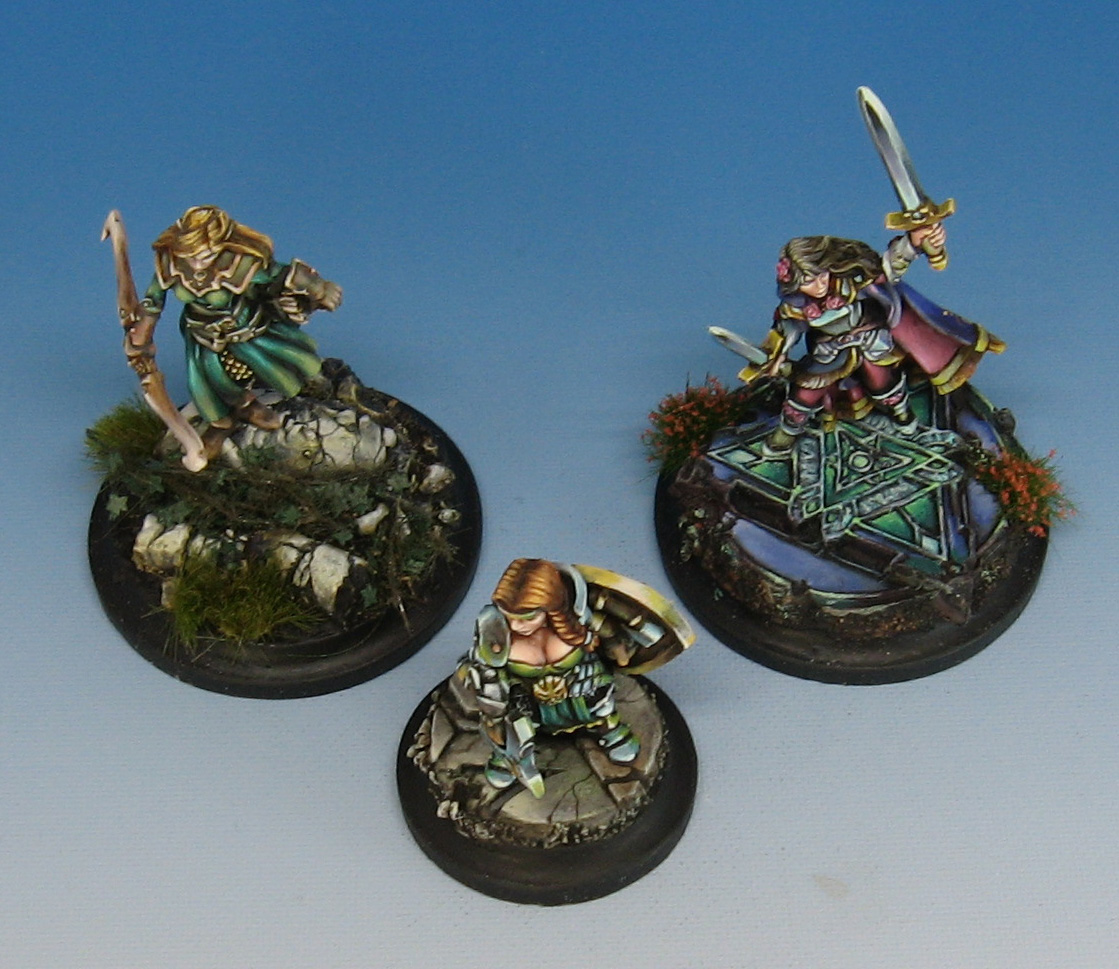 Many of the techniques I that were used here... NMM, SE-NMM, Gold and Bronze NMM are all available in tutorial video form on Kings Hobbies and Games.  Those were some of my favorite videos to create! 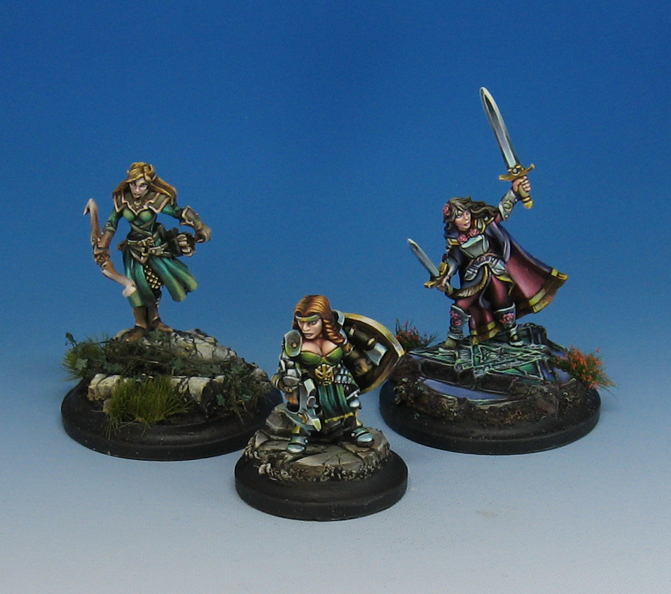 Here's a 30 minute preview of one of the Non-Metallic Metals videos: 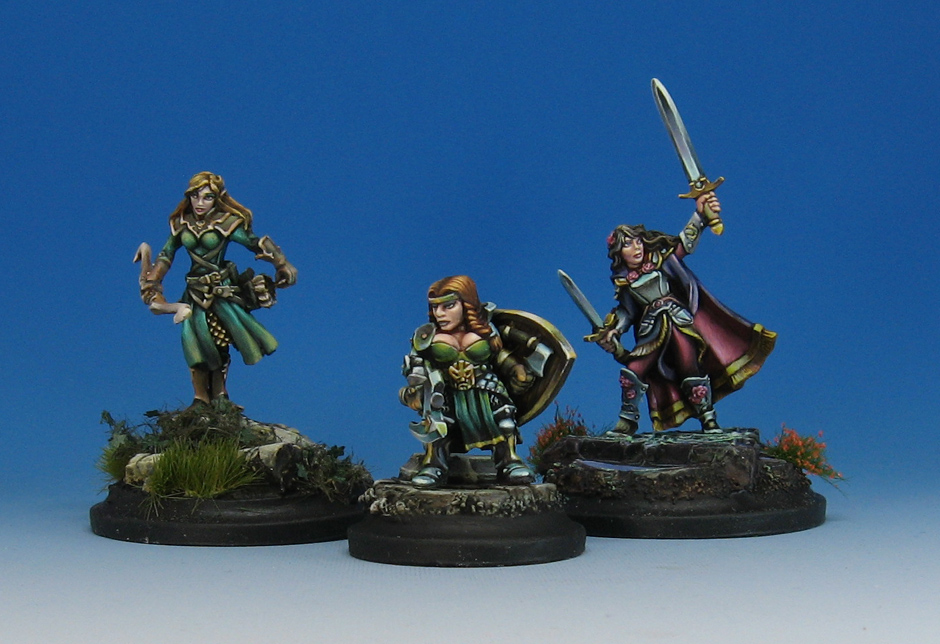