Inside the Editing suite 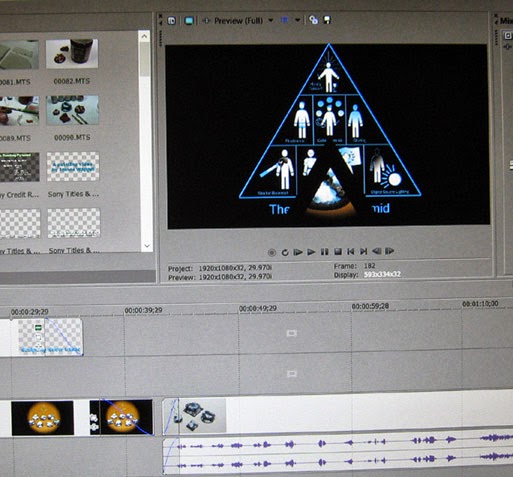 OK folks.  For weeks and weeks, I was trying to figure out the best way to relay how all the editing stuff worked for the videos.  I have learned all sorts of lessons, mostly hard ones.

There is not much in the way of tutorials for this software, and it can be pretty arcane to figure out.  That is not a huge surprise, really.

My apologies for the fuzzy pics, but the program does not like other programs to be open at the same time, so snapping pics was the easiest way.  I took these a while back while working on a basing video.

Here are the opening credits.  This alone took many hours to construct, and I had to keep tweaking it so that it could be more easily repeated 53 times.  Using still images turned out to be far easier than the original idea of using rotating footage of minis

Thank goodness I didn't, since that would have taken a huge chunk of additional storage space!  It would also have added many hours of rendering time. 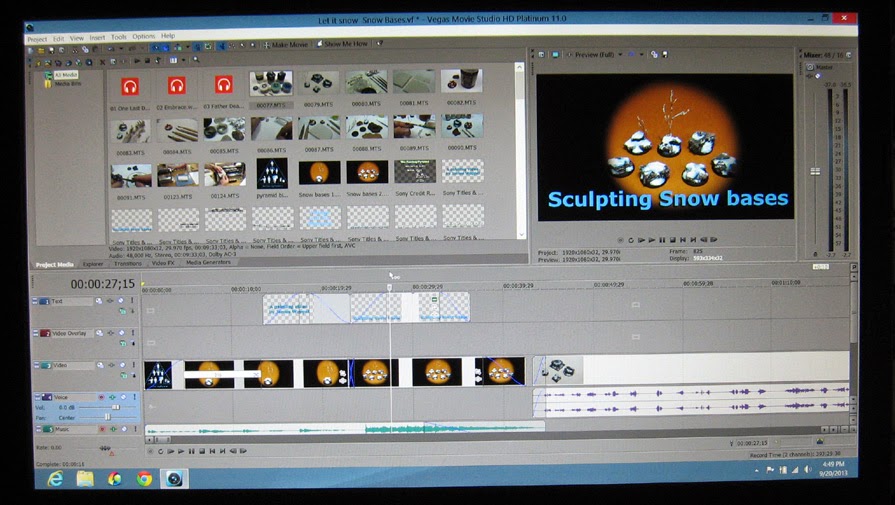 This is how all those individual clips are entered.  First, I constructed the entire film by linking these pieces together. 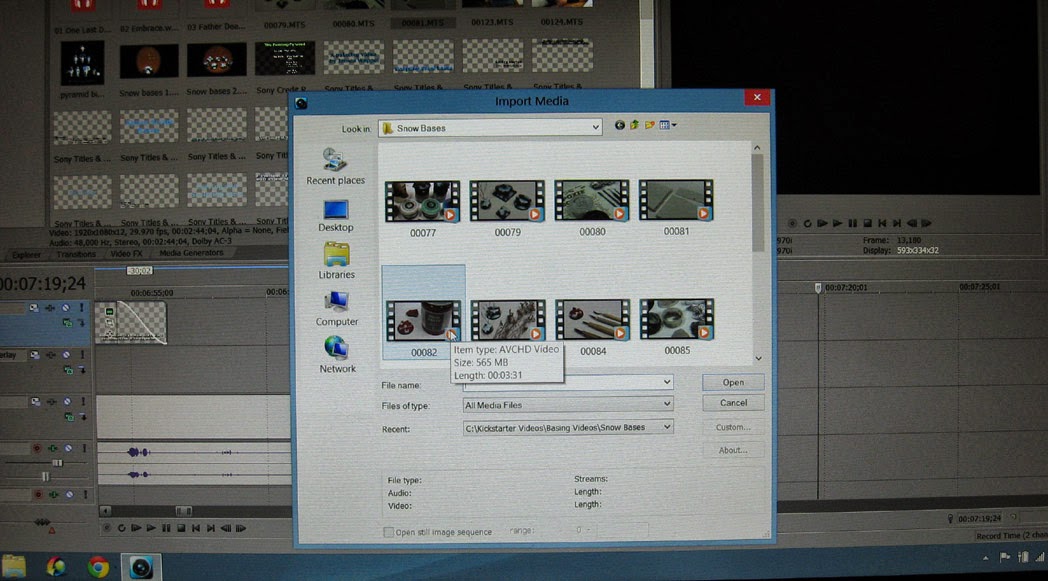 These next few steps show how those clips are brought together, with titles in between... 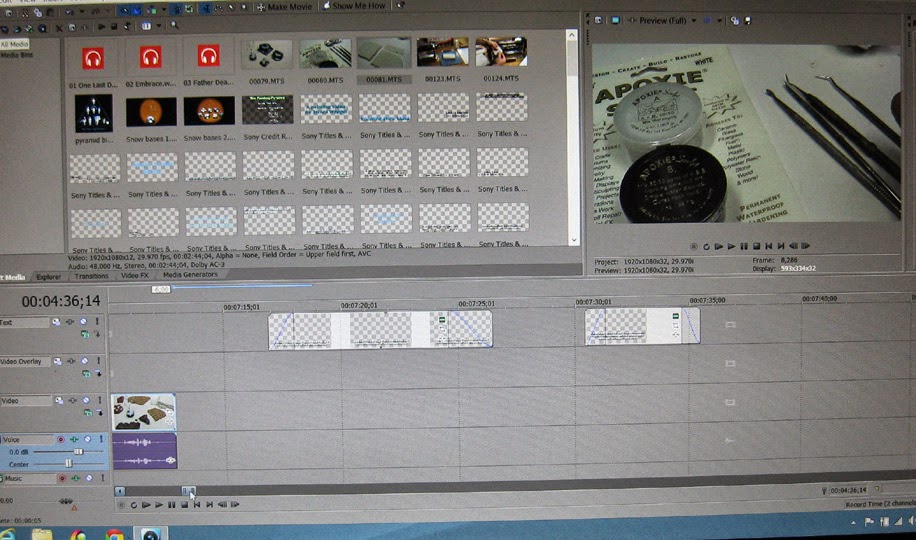 Here is the text block mechanic.  I will be seeing this in my nightmares for years to come.  It is a lot like the interface for the kickstarter text blocks.  You can only see a portion of it, which makes it incredibly difficult to manage!!!

Making typos is shockingly easy.  In fact, when I go back in to try and fix those, I usually make two more. 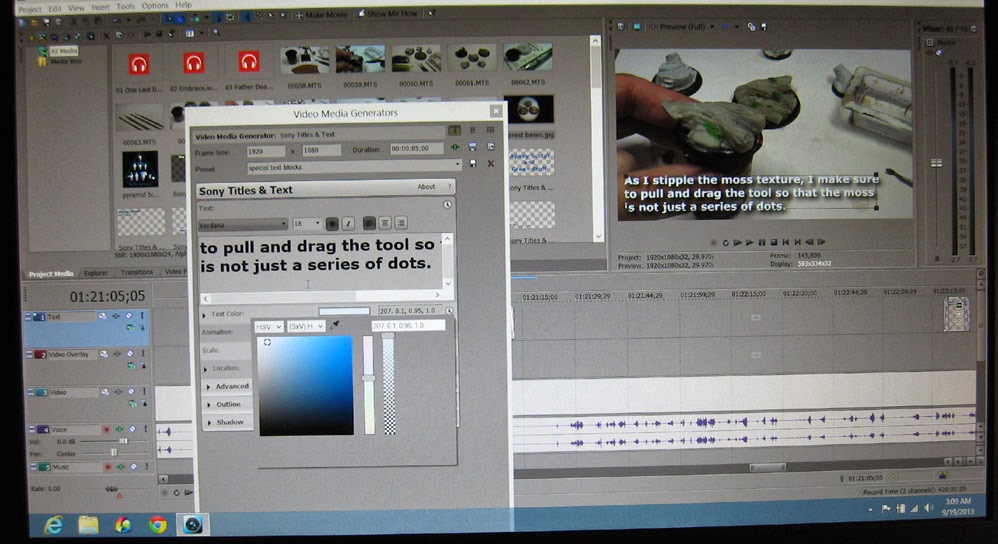 The timing of these breaks is critical, and all the fades have to be determined by watching them.  Over and over.  And over. Resizing them can be tough as well, since the preview window is small, and it will lag in playback when you have text blocks with shadows.  Unfortunately, the shadows are a must given how much is going on in each frame (all the paint colors, etc.) 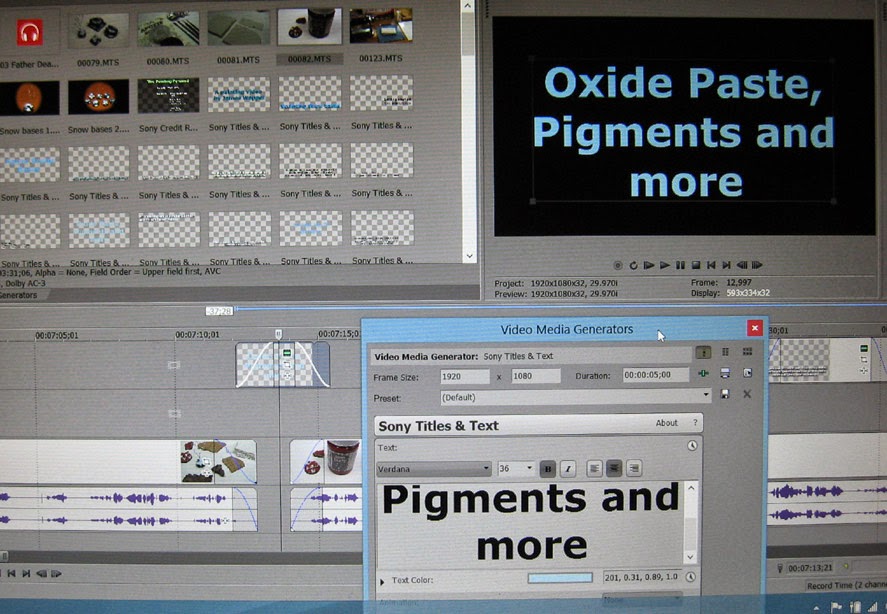 This shows the small title sitting above the video and sound layers. 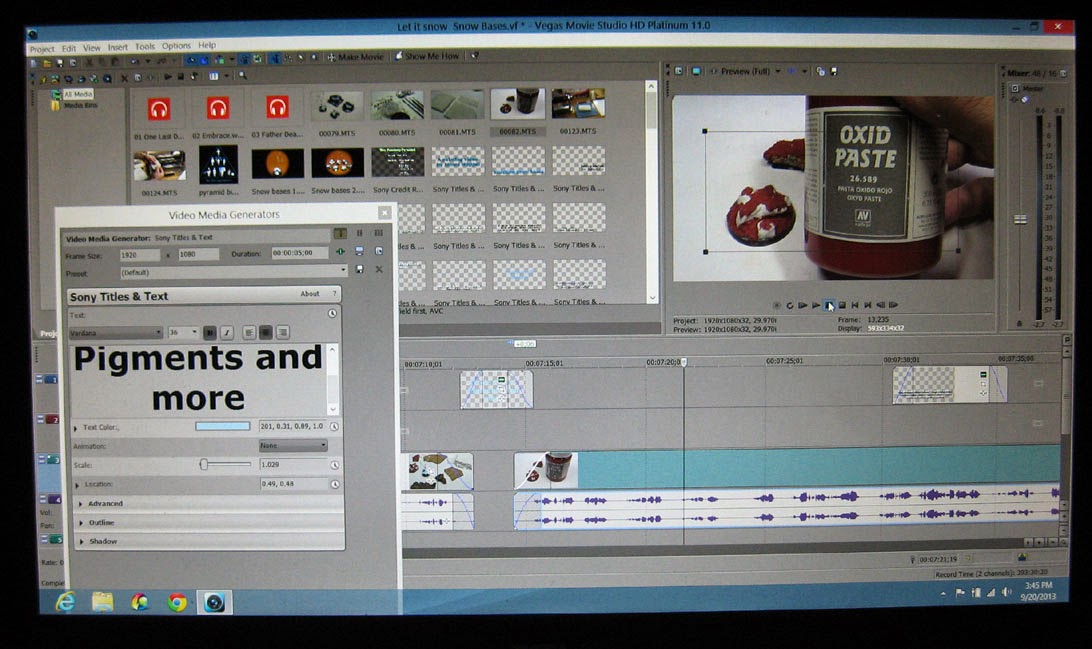 Another big surprise was the camera, which breaks up segments that are a certain length automatically.  It might be a memory management thing... I don't know.  It might only happen when filming in HD.

Sadly, this has created countless extra hours for me, as I have to merge these pieces in editing.  For whatever reason, the sound can be impacted a bit, while the picture is fine.  very frustrating! 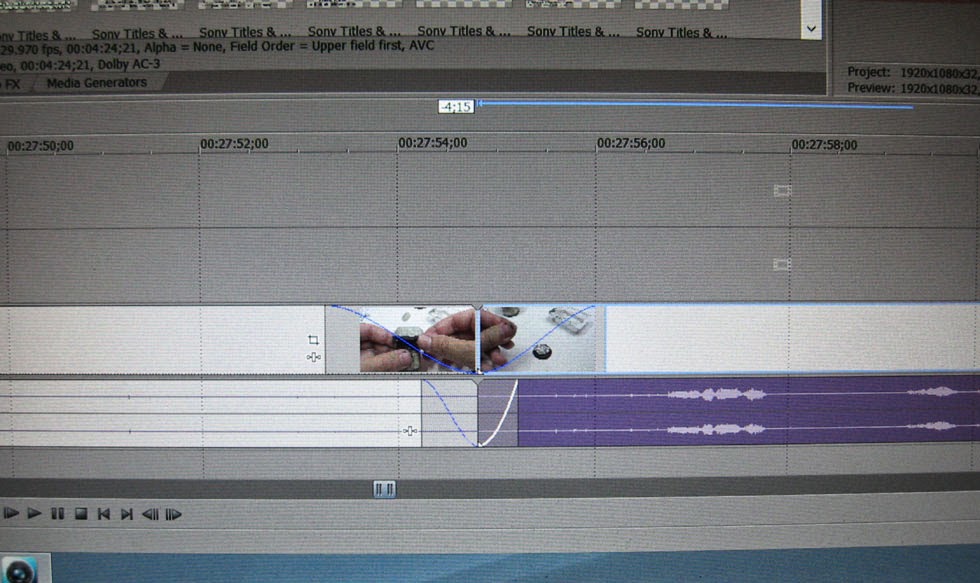 Now we get to the closing credits.  It took 2 days to construct this template.  Again, once it was done, it could be repeated through each video.  Sorry, folks, the music choice is the same for each one, because I would have smashed my face into a wall if I had to do this again! 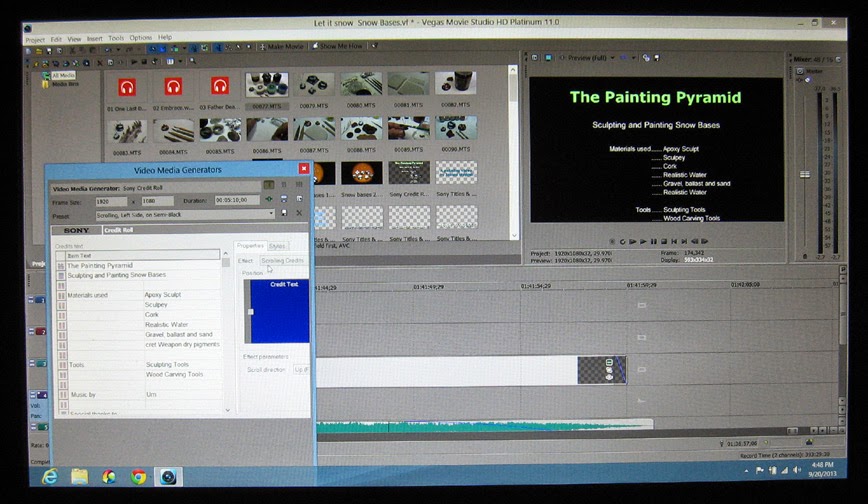 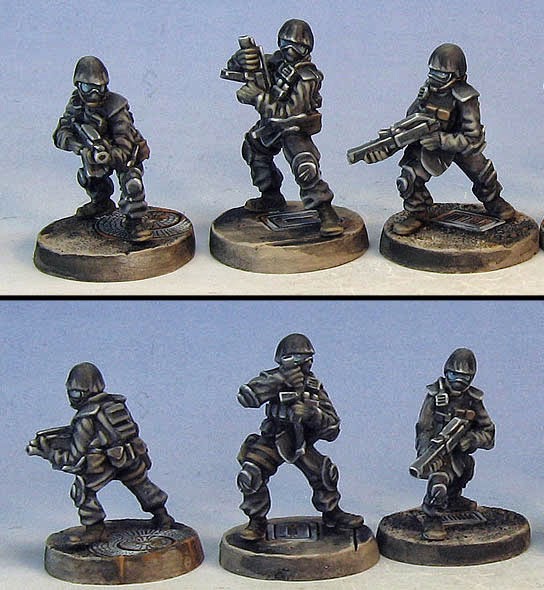 Here are the last of the images dug up from the archive.

These guys were painted about 5 years ago, which seems like a million years ago, and yesterday all at the same time...

I would imagine that it would take me a lot less time to paint these today.

So, once more, we bid goodbye to the past!

Posted by wappellious at 5:29 AM No comments: