Sneek Peek! Introducing the Legions of the Tainted Pharaoh (Armies on Parade) 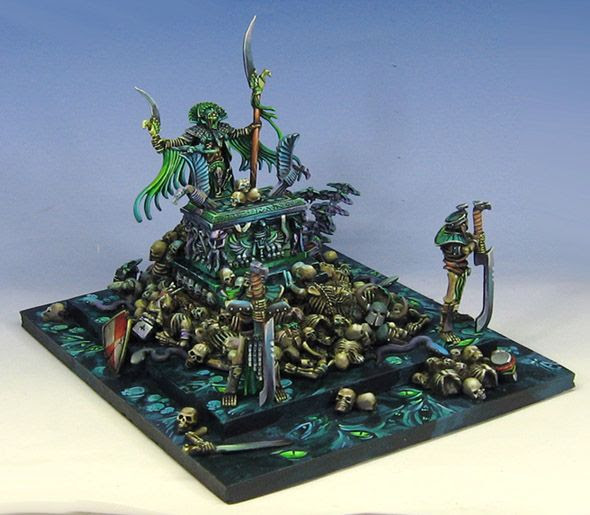 I figured that it is just about time to begin posting images of my new Fantasy Army: The Legions of the Tainted Pharaoh.  The story for the army has been written, and that will be posted next week.

The concept behind the army is that it has been corrupted in a deal with a Tzeentch Demon who has passed himself off as a Khemri Deity.  In return for making the Pharaoh and all his men corporeal again, they must submit to his plans.

Therefore, most of the iconography has Tzeentchy themes, blending those with more typical Tomb Kings designs.  The colors are wild and 'exhuberant', showing the ever increasing taint of the God of Change.  I have been sculpting and converting Carrion which will convey this idea even more. 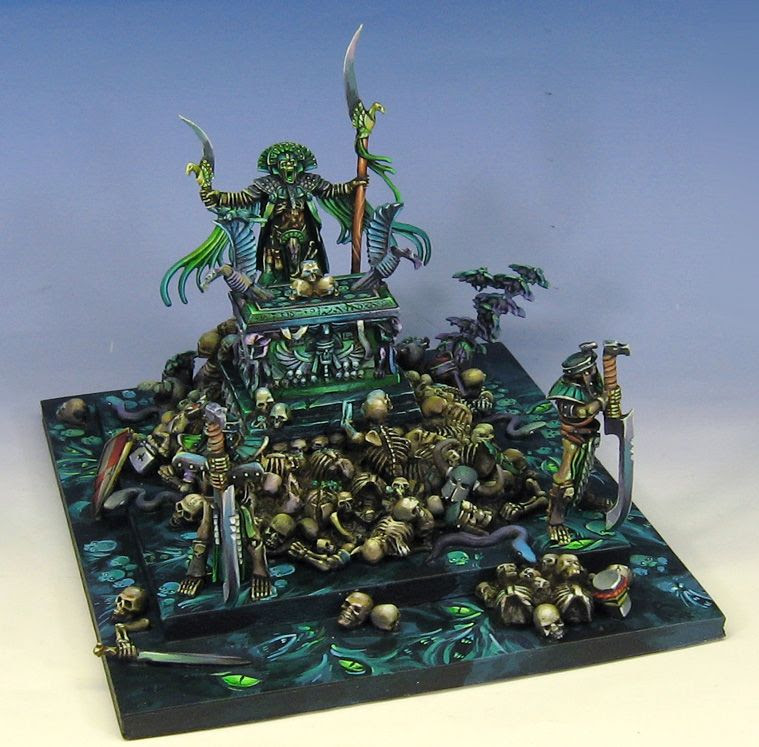 The reason for this unusual concept was my desire not to have any of the normal colors that you see ... Gold, Red, Blue, etc.  Those color schemes have been done quite well, and there is no sense in me repeating them :-) 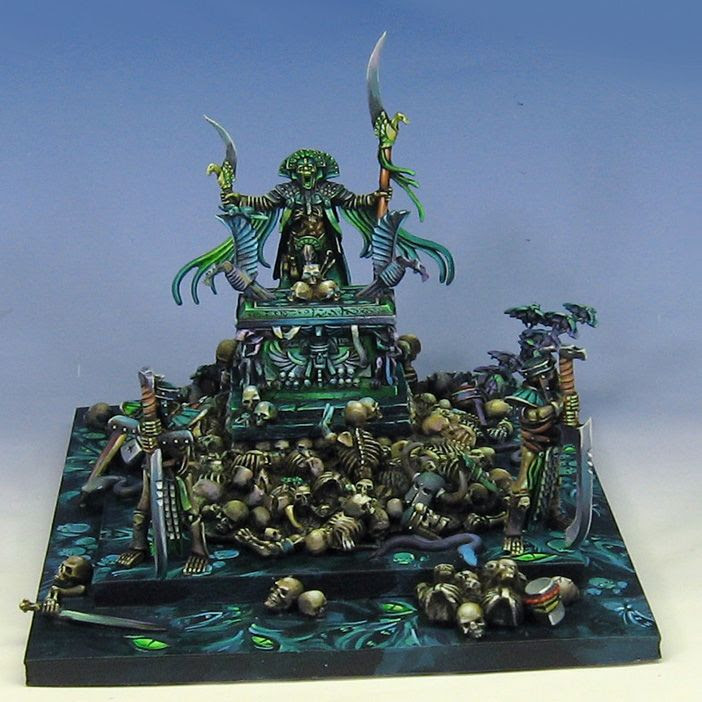 The army board design is even more elaborate than the Temple of Blood, and construction begins in earnest this weekend!  I will post some of the sketches and in progress photos for you to see! 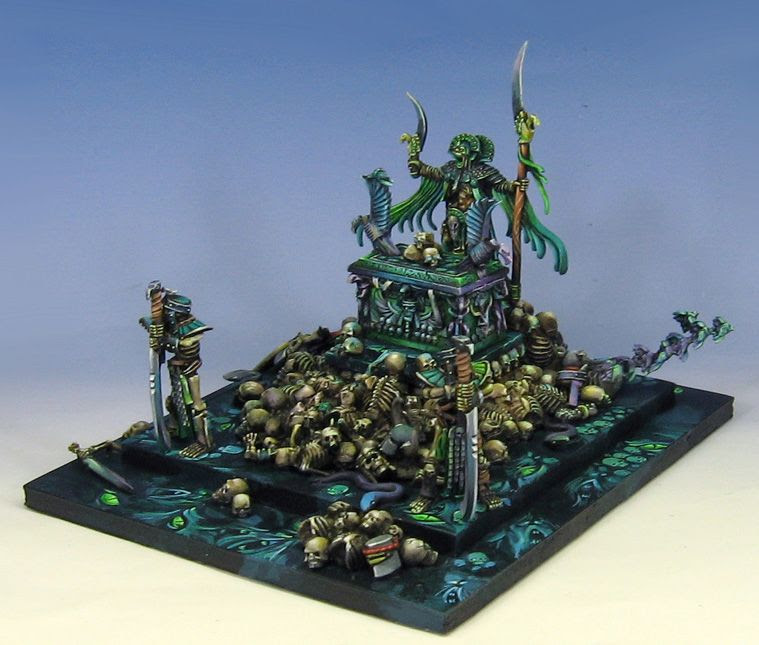 The floor designs were a big part of the army for me.  I have wanted to do something like it for quite a while.  My other units of chariots and horsemen not only have the designs you see on this example, but the movement trays which hold them have hieroglyphs which proclaim the alliance with this "new" God. 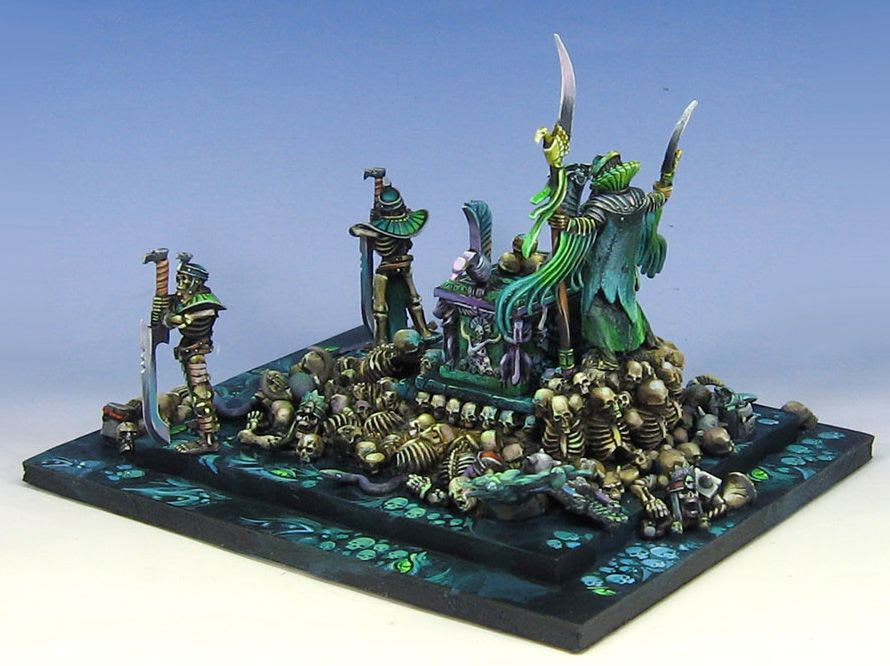 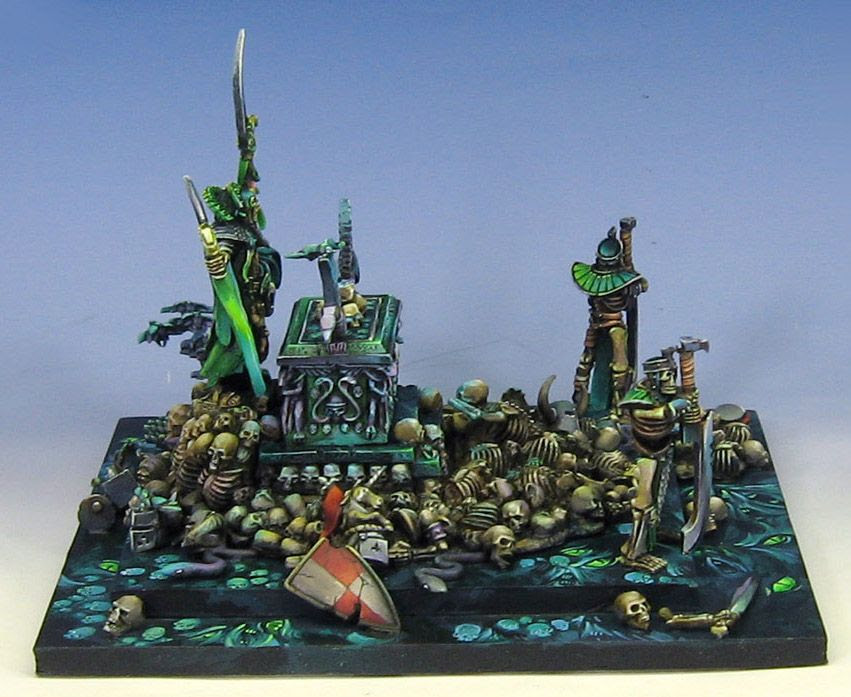 The 'metal' surfaces in the army will be variations on silver, with little or no gold.  The idea is that the corruption of Tzeetch has changed everything that was gold into a quicksilver or mercury, constantly blending into new shades. 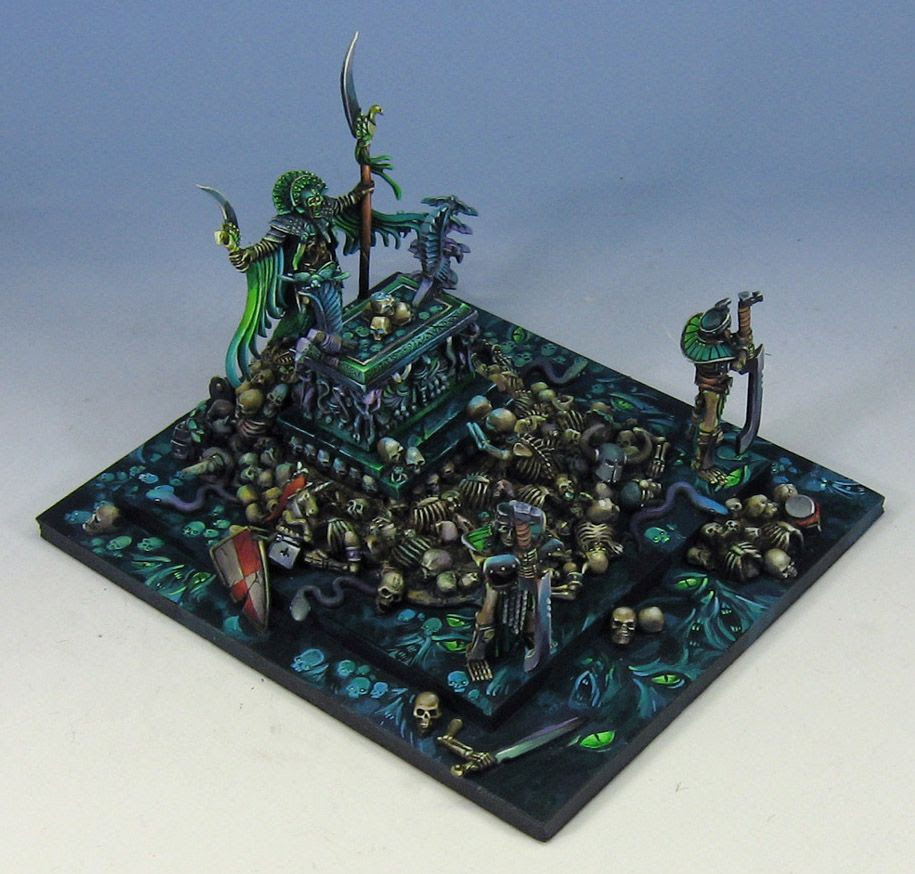 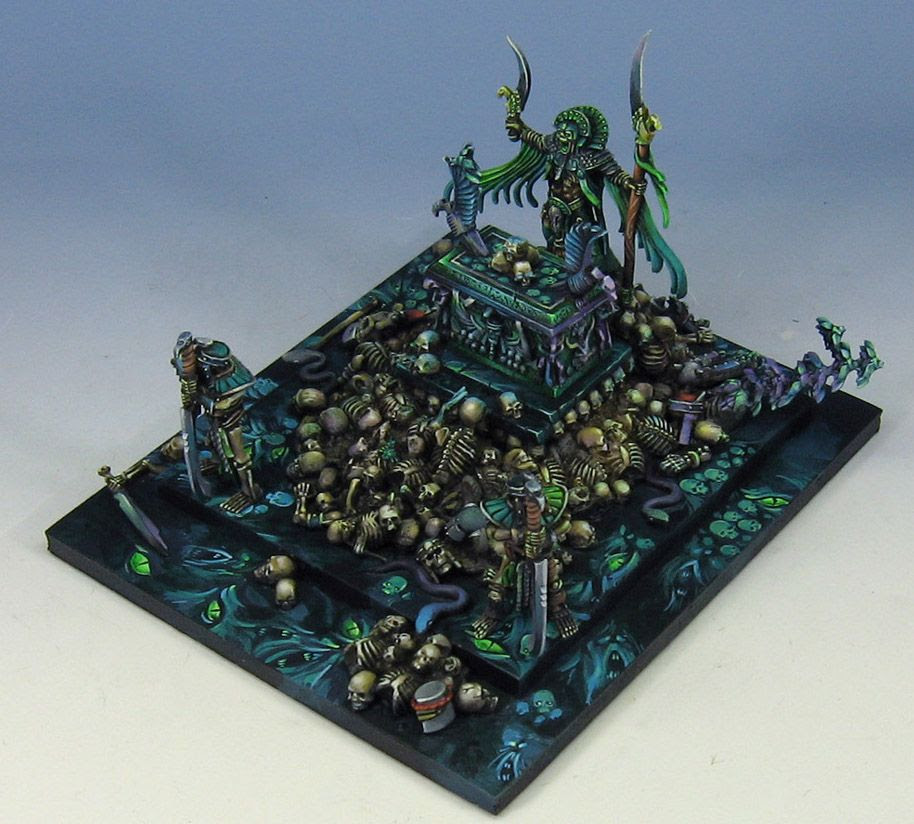 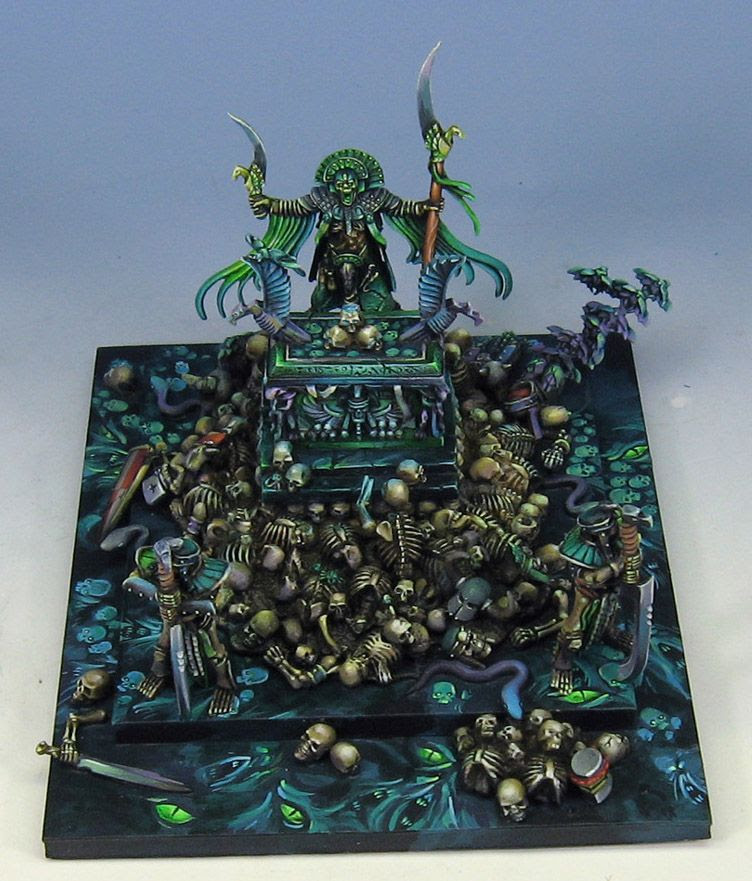 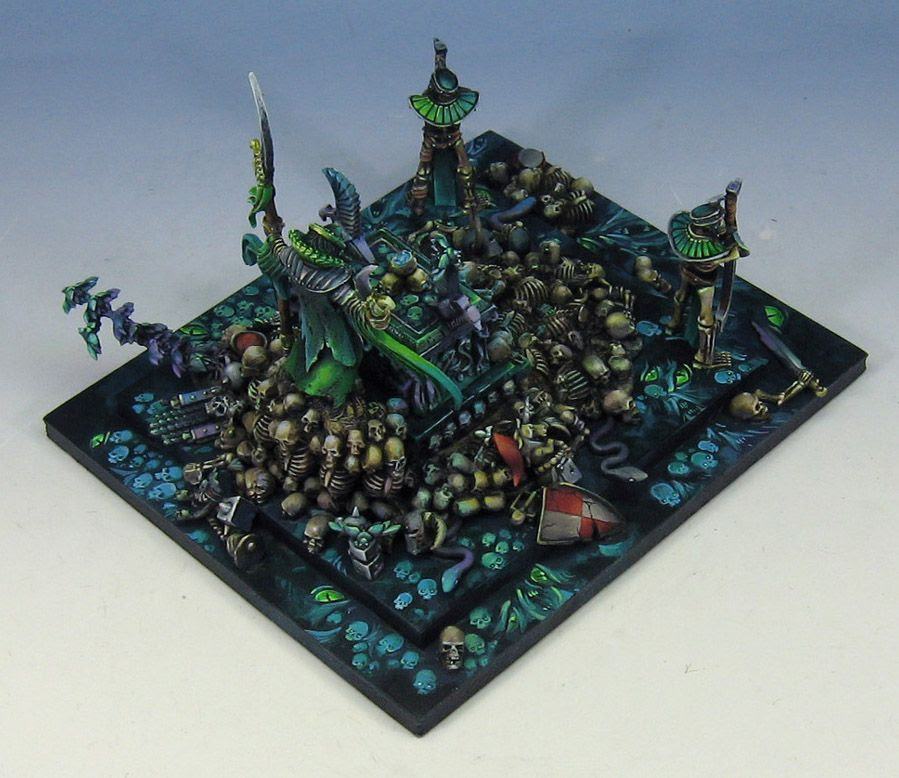 Here are some shots of the minis: 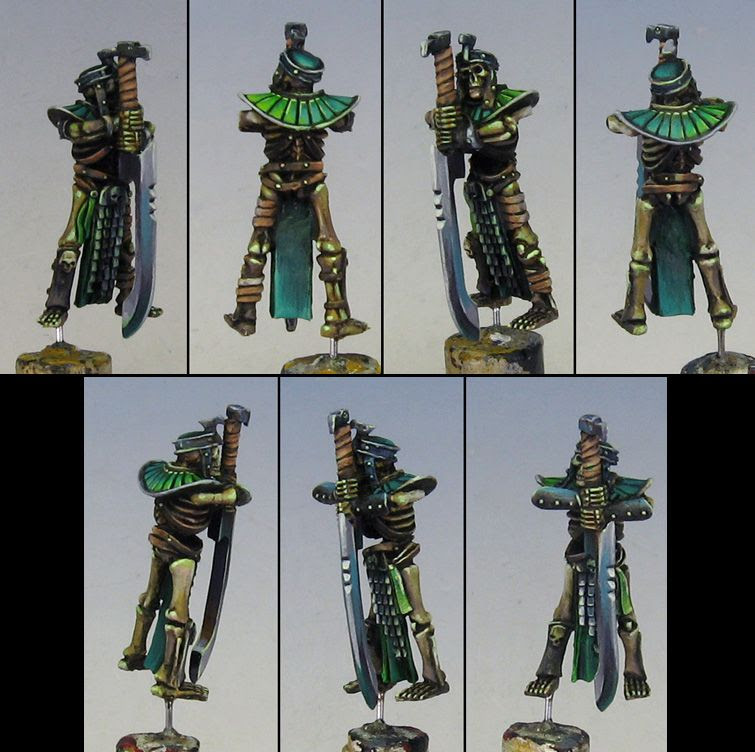 And now for the base with no minis: 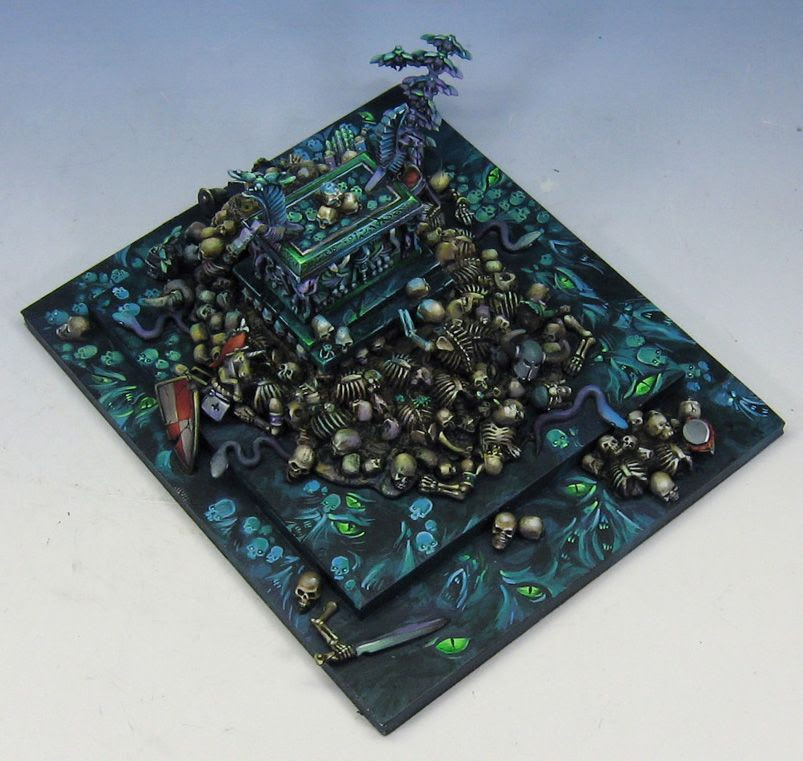 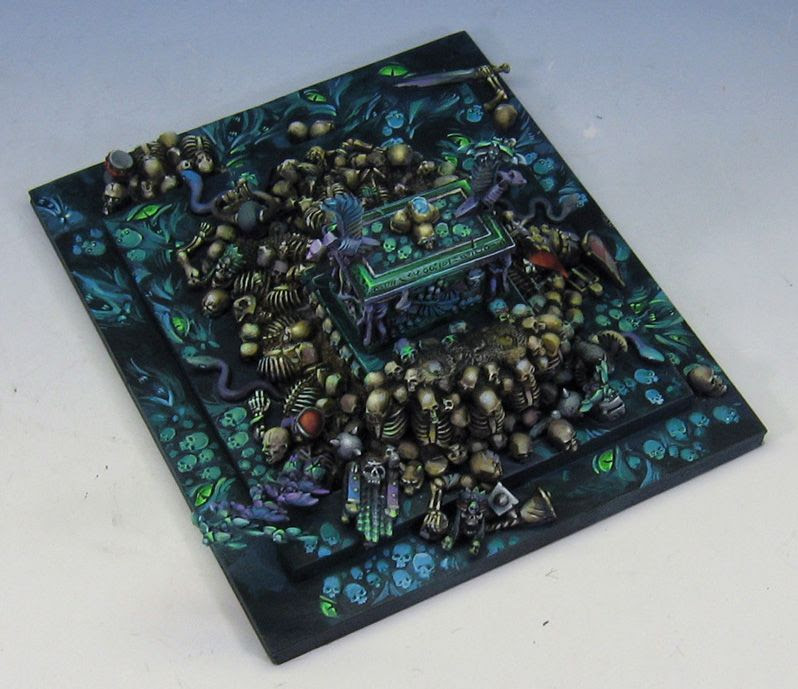 Posted by wappellious at 9:08 PM 4 comments:

Here are a few more Dark Age miniatures from the Brood faction.  I always thought that I could turn these guys into 40k Demons.  I wasn't sure if I should go Slaneesh or Khorne.  Either way would be fun!  I have a few more around, so I may give that a try. 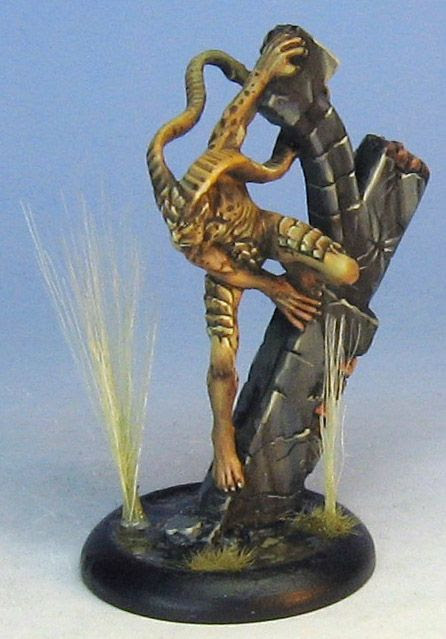 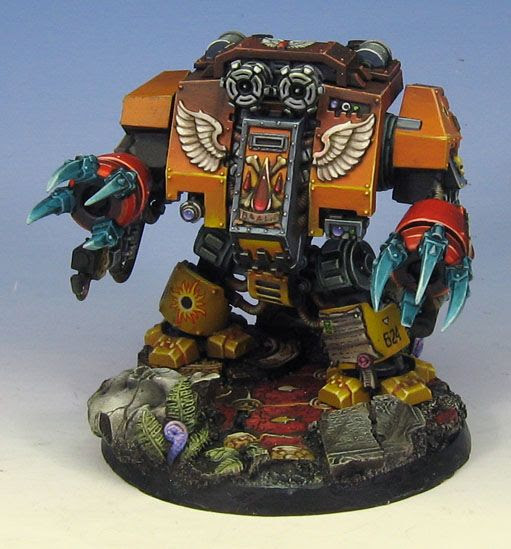 I believe that this is a Furioso dreadnought, done in the usual Angels Solarus scheme. The piece on the top of the dreadnought is magnetized, just like the arms.


It was less tricky to adapt the Solarus color scheme to most of the dreadnoughts, since the surfaces are more angular, and you don't have to worry about turrets either! :-) 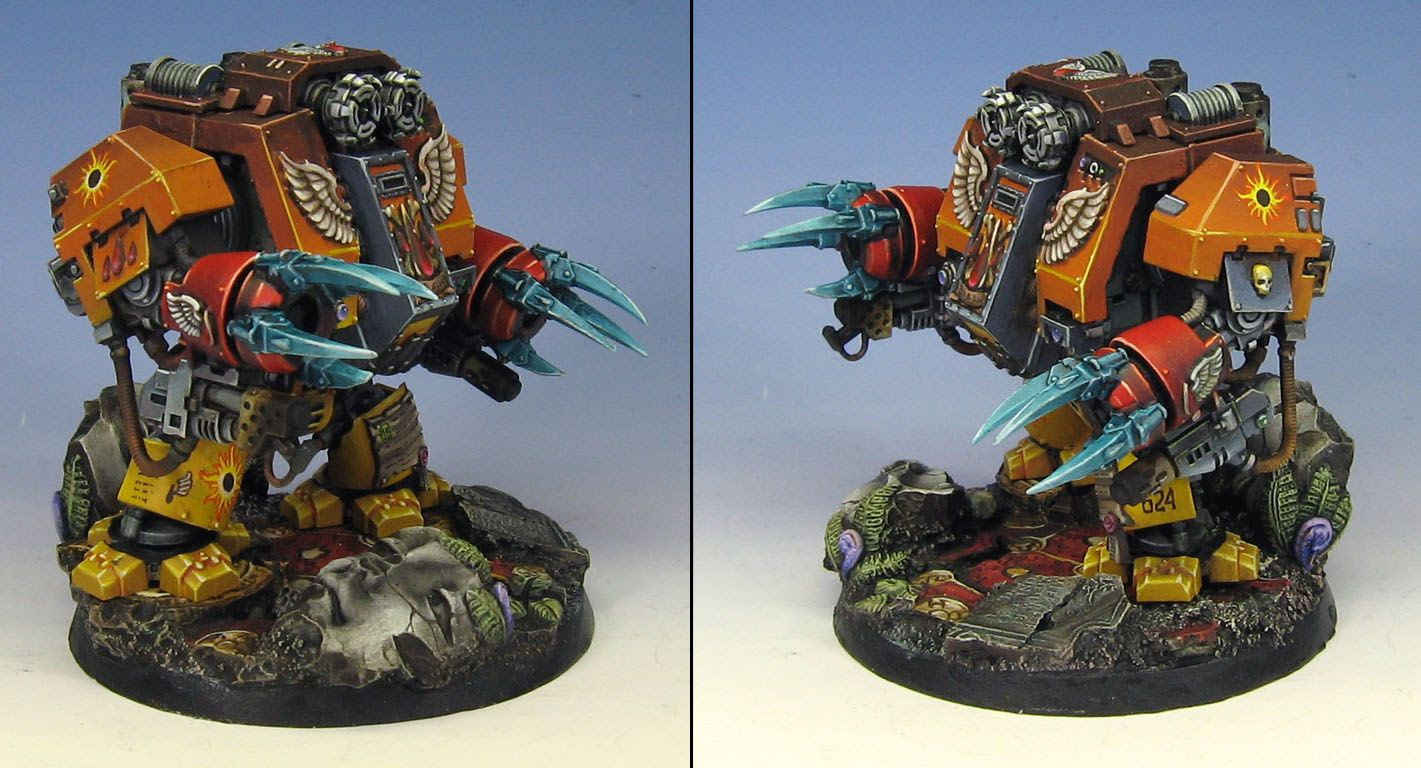 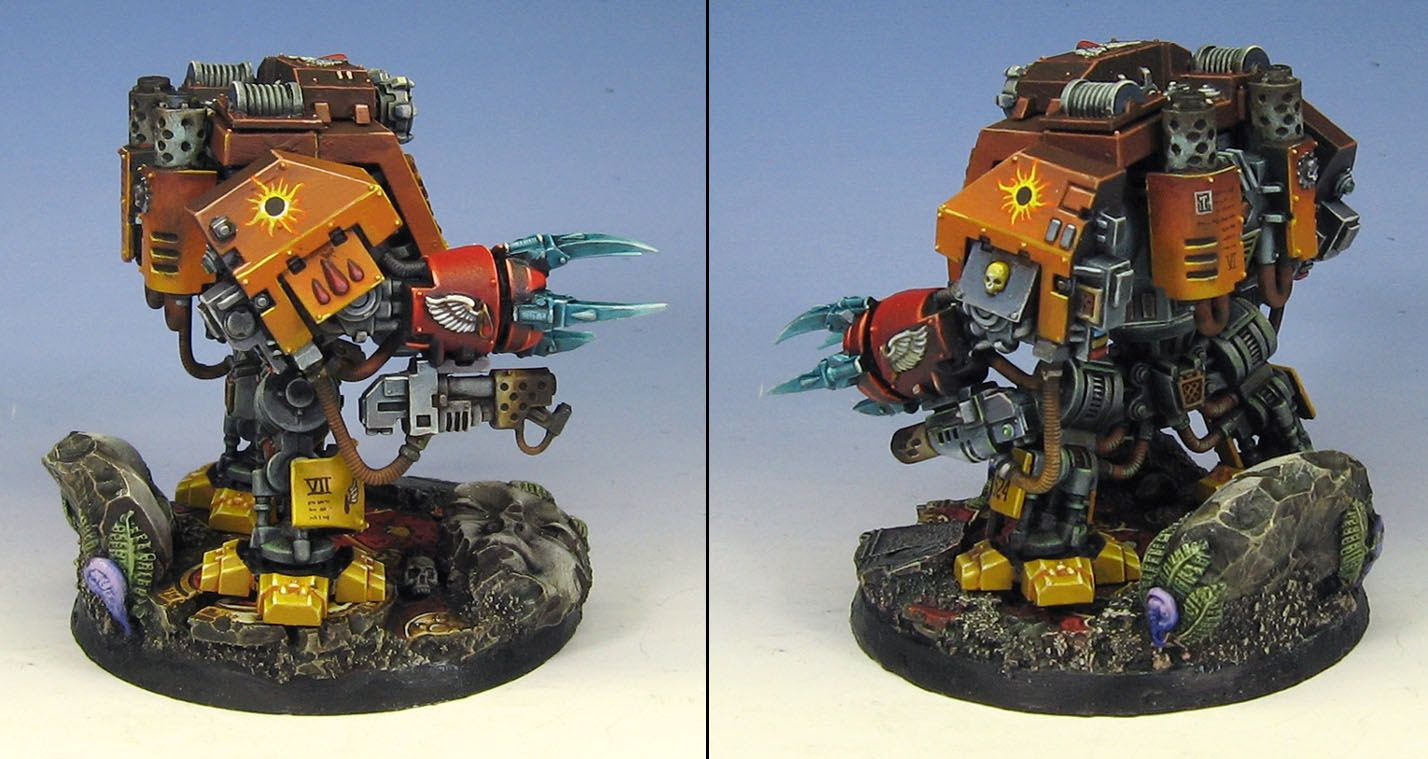 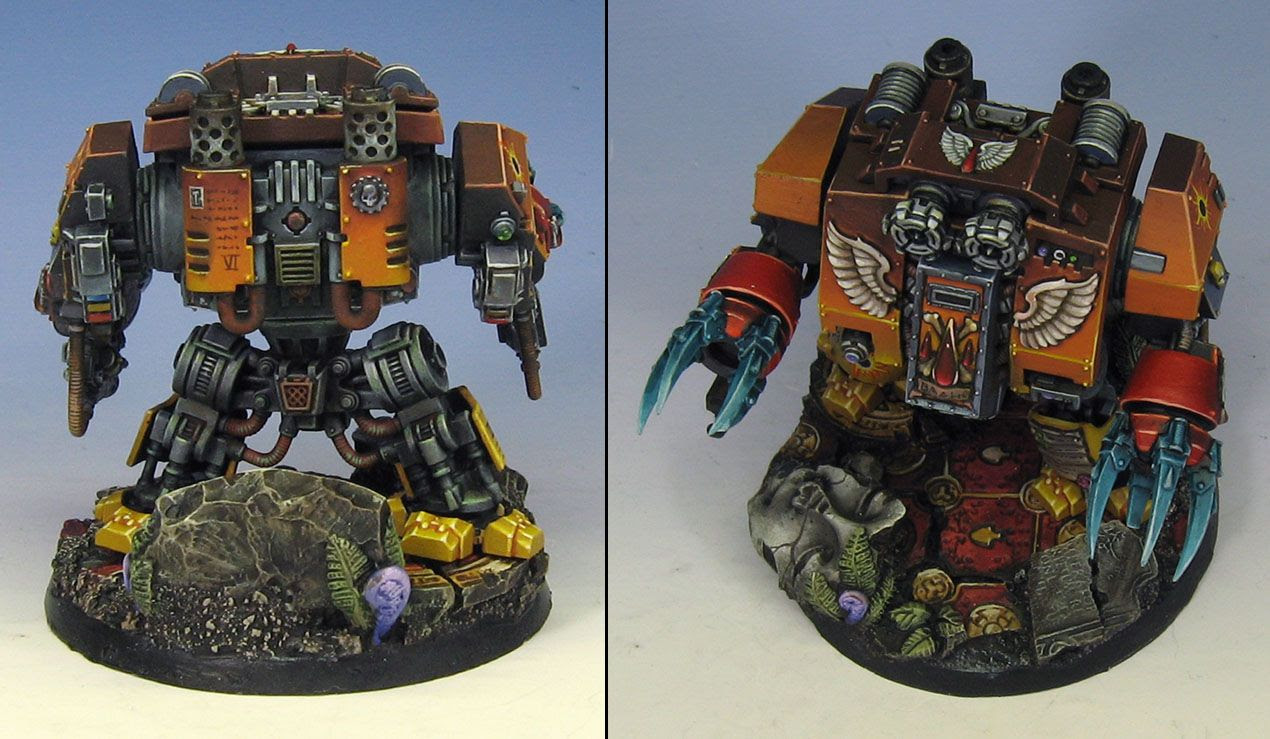 Painting Preds: The first "How to" page created

I have just added this page to the blog.  This post, and future related posts, should appear on the top title bar.

It shows numerous step by step shots of the process of painting one of those World Eaters predators: 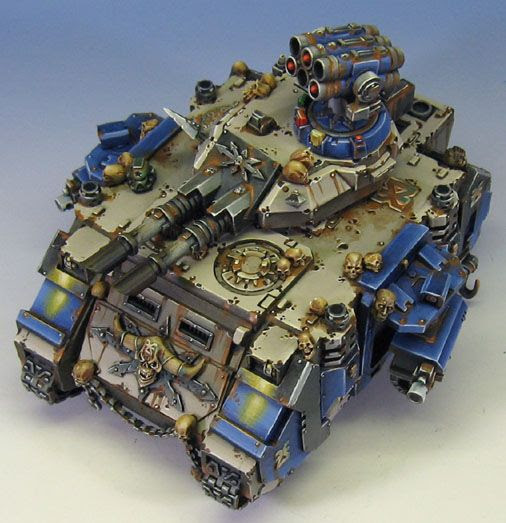 Starting all the way from this: 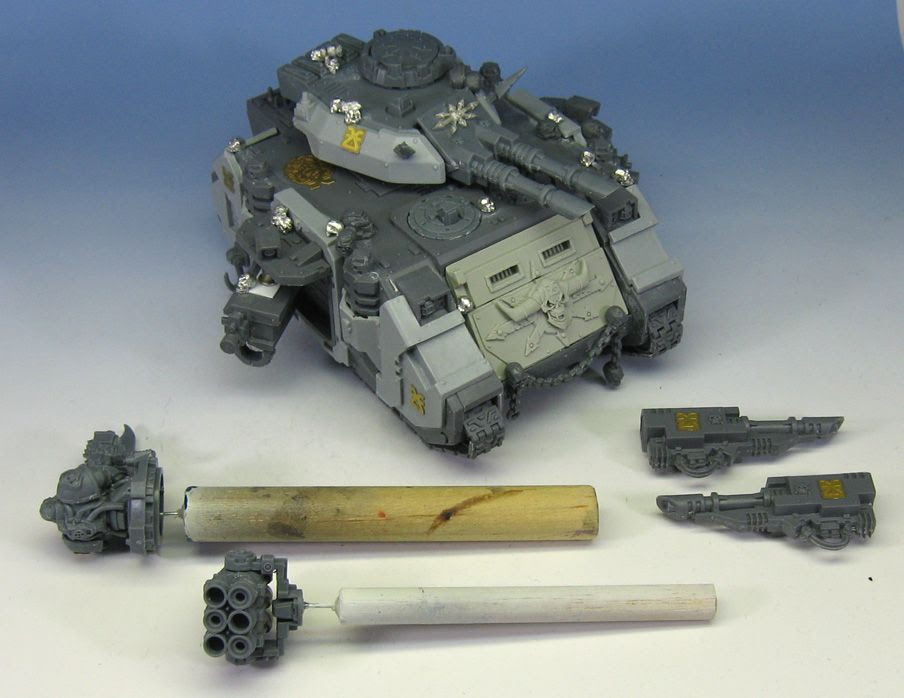 Please note that white brush on primer was used to this vehicle.
Posted by wappellious at 1:28 AM 2 comments: