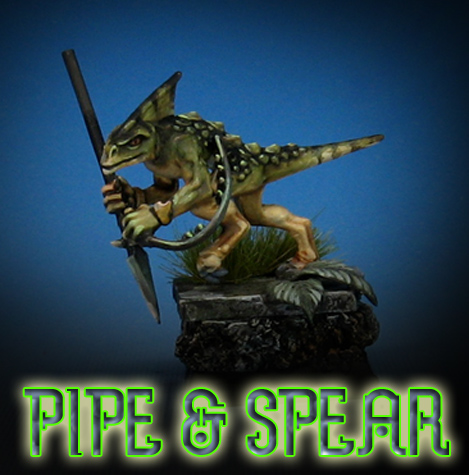 This little guy was part of the massive Skink and Kroxigor unit that I used to call the Skink Tank.  I believe there were 36 'regular' Skinks to go with the four Kroxigors.  To complete the unit, a champion, chief and priest were included to add mischief!

I remember a few dramatic moments for this unit.  Twice the "stand and shoot" reaction of all the poisoned javelins killed a greater Chaos Demon as he charged the unit.

It had a less spectacular moment when it tried to cross through a river of blood, which was part of the great campaign for the Temple of Blood.  Anything which went inside that moat around the Temple would be killed on a roll of '1'.  And yes, I managed to roll 18 of those dreaded ones on 42 dice.

Pics of the unit: