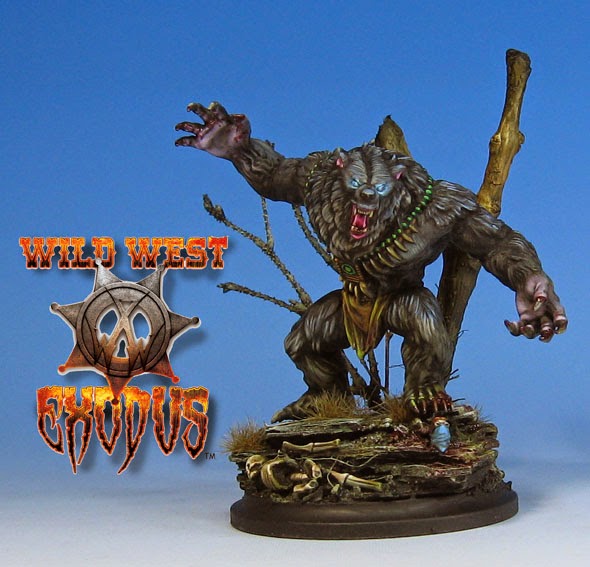 Hey, my Warrior Nation posse finally has a boss!  It's Geronimo!!

I knew from the moment I started filing mould lines that I wanted him to be a black bear.

Not only would that make it different from the standard bear scheme (and the official version), but it would offer all kinds of opportunity to do some fun color variations.

I mixed a number of subtle grays... in some places it was more of a tan, others more blue, and in other locations it was even pink.

When viewed as a whole, you get yourself a black bear.

The surrounding landscape was also a big part of this, as I painted the tree a much warmer (and lighter) shade of tan in order to make the bear look cooler and darker.

The ground was painted in cooler tones, not only to match some of the bear, but also create a contrast with the bleached skeleton (from Secret Weapon miniatures) and the bloody severed head.

I had a lot of fun painting this mini, and now he joins the Energy Beast and the Great Elk in the formation of my Warrior Nation!

Posted by wappellious at 2:04 PM 8 comments:

All shapes and sizes... 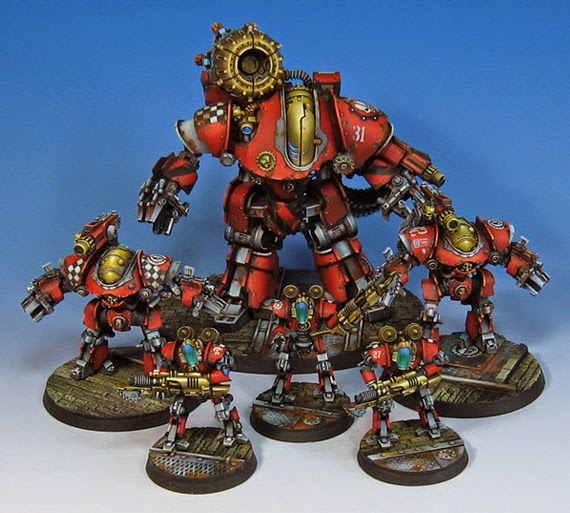 With all the robots done, I was very curious to see some scale comparison shots. 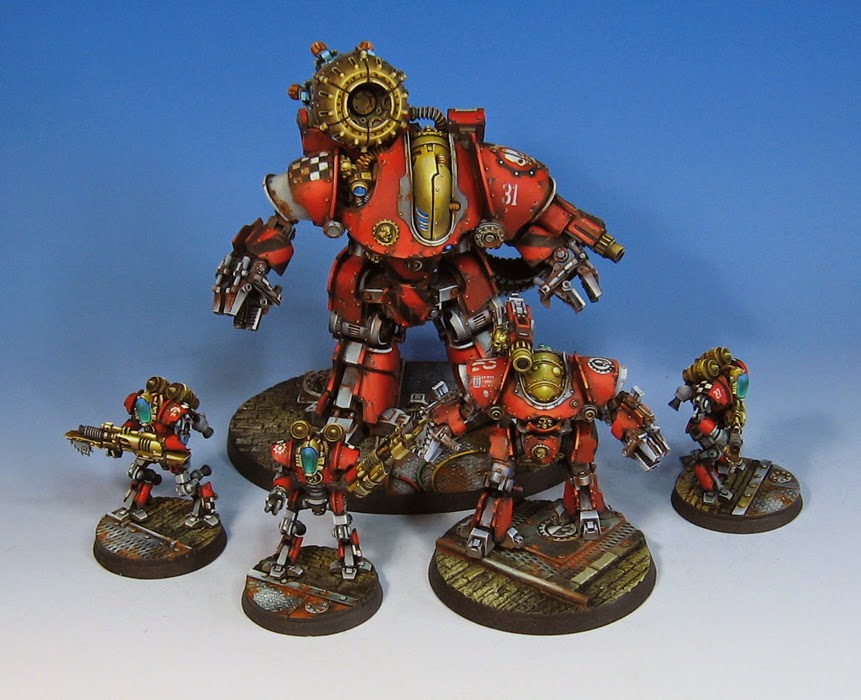 The smallest base in this set if 40mm, so that gives you a pretty good idea of how colossal the Thanatars are! 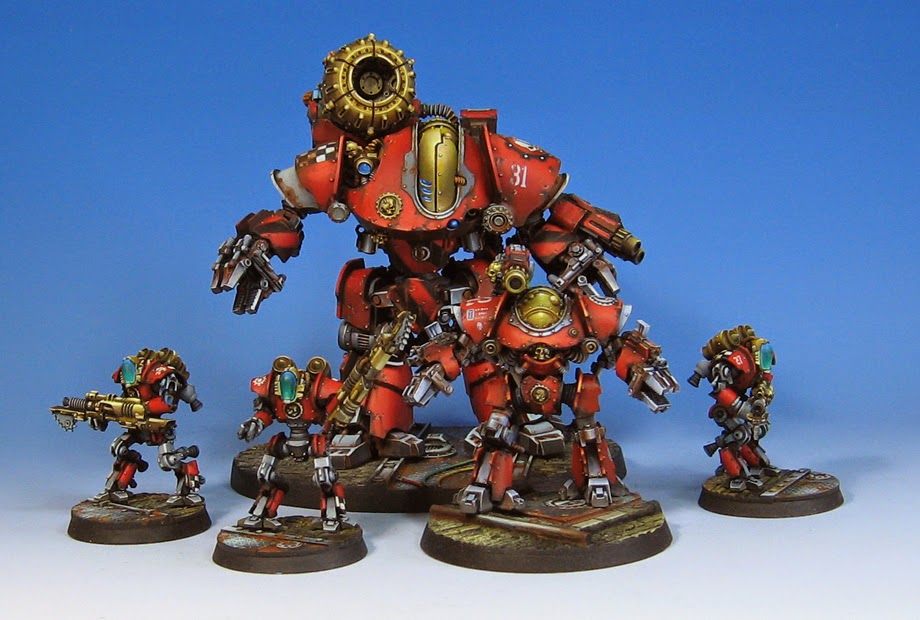 Just like the Myrmidons and other related figures, the backs of each robot had a similar look. 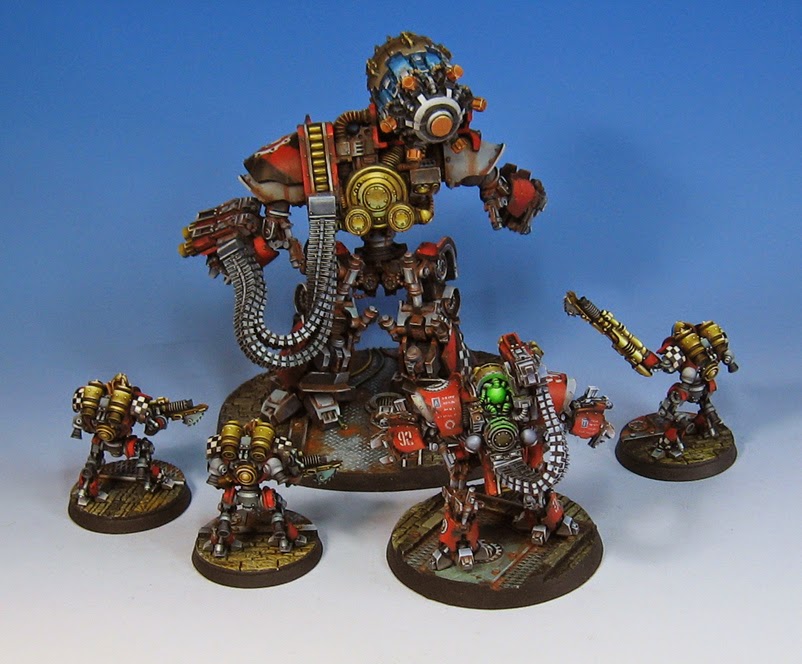 I did have to ditch the wiring on the Thallax guys, since heating that up still didn't do any good.  At least the ammo feeds were large enough to let me melt them down with the hair drier and twist them in place. 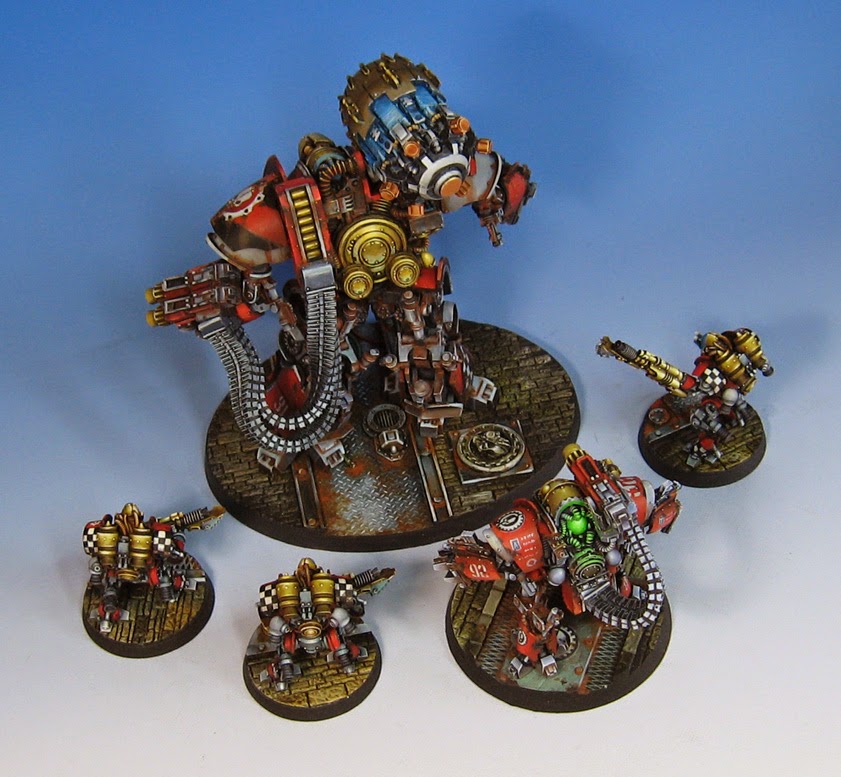 Big brother and his siblings!! 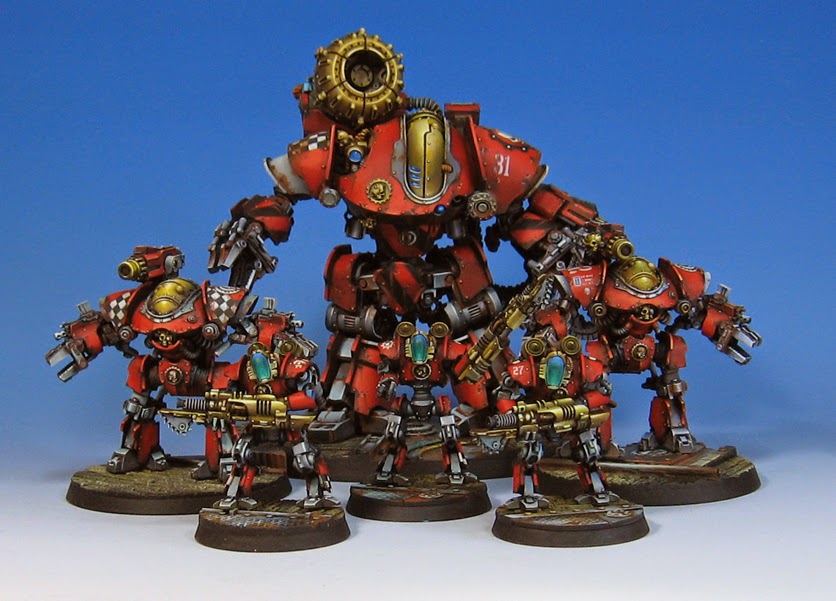 It was pretty fun to carry the markings from one type to the next! 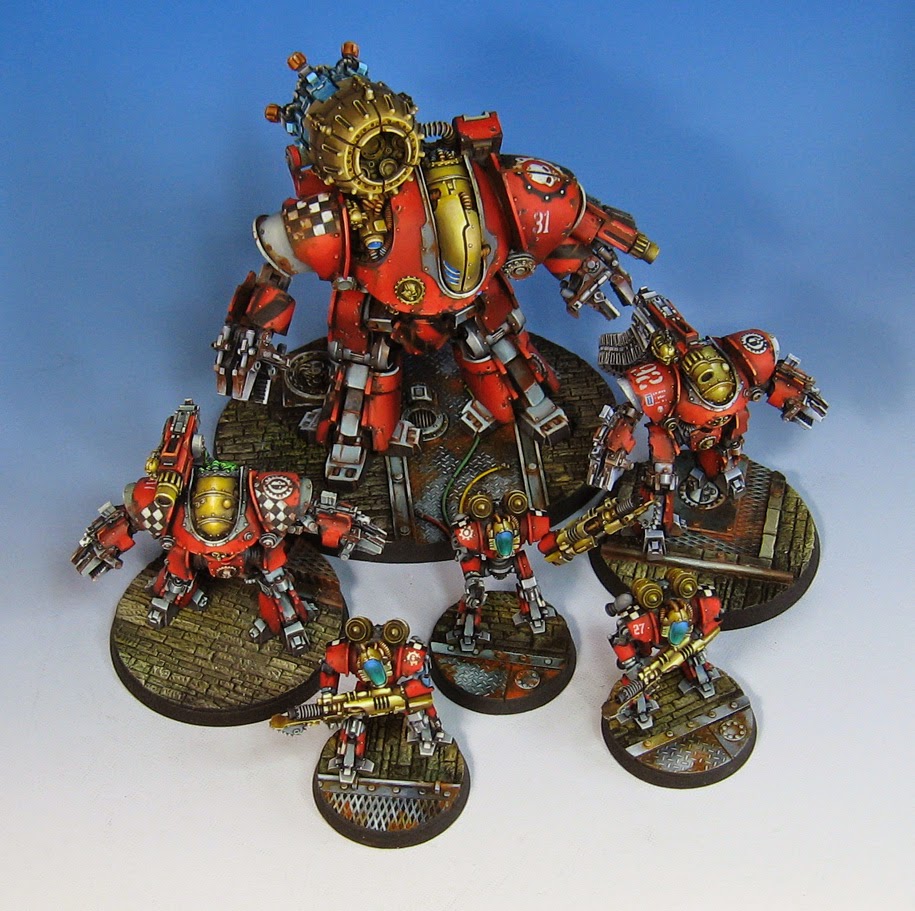 I believe more Thralls will be in the next Mechanicum set. 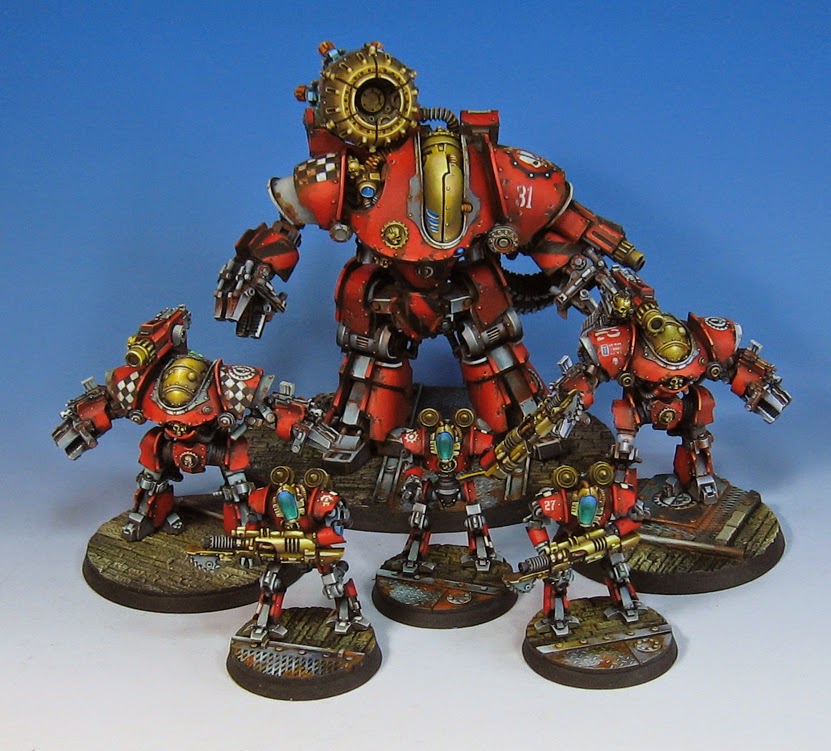