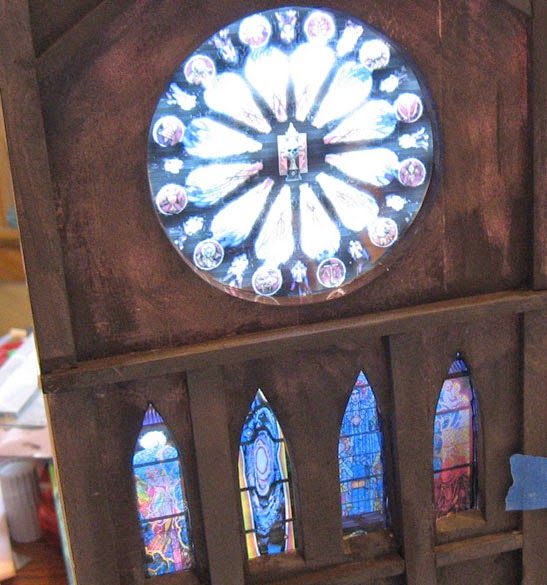 OK!  On to the windows... the key element to the entire structure.  Originally, I was going to paint them all with a special paint on acetate, but time would not allow for that.

Plan B was the only thing I could think of, and that was printing them out on inkjet transparencies.

Fortunately Ray (of Offworld Designs fame) had some sheets, and he sent them home with Cathy

I manipulated as many as I could in Photoshop to make more unique windows.  I didn't want to repeat the same one over and over again! 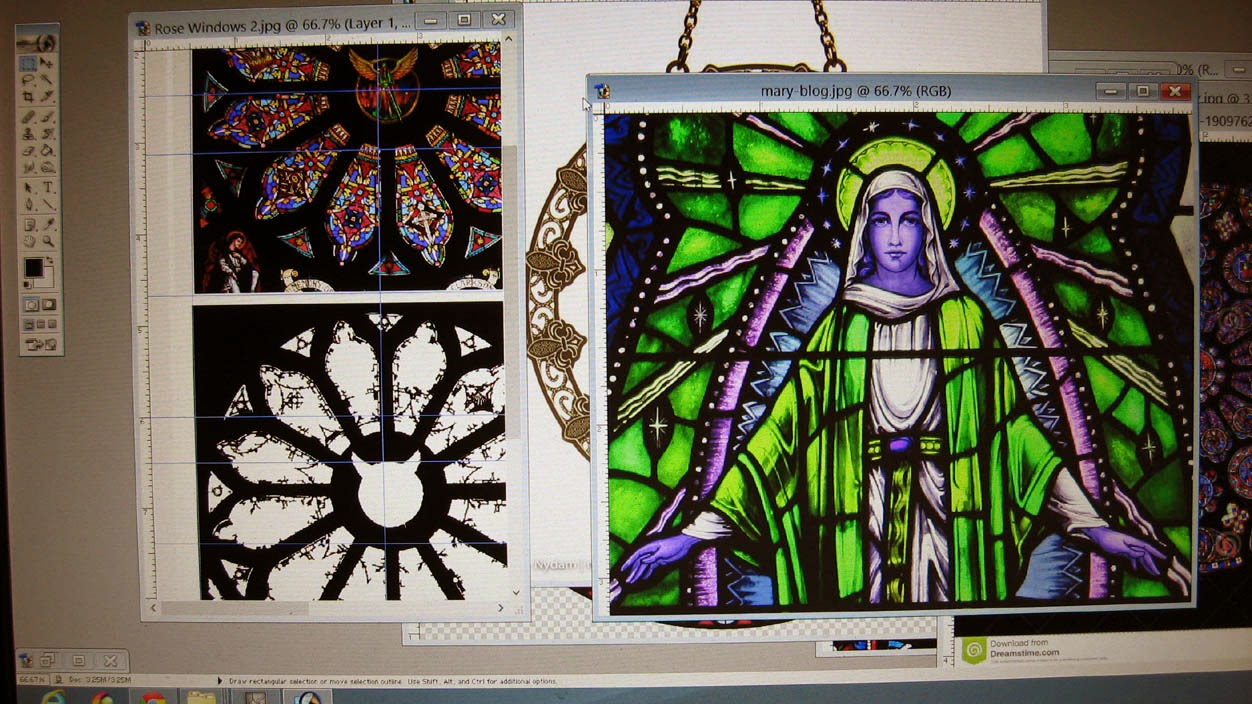 Here's one of the printed sheets.  I have to say, the old Epson 1280 did a decent job with them! 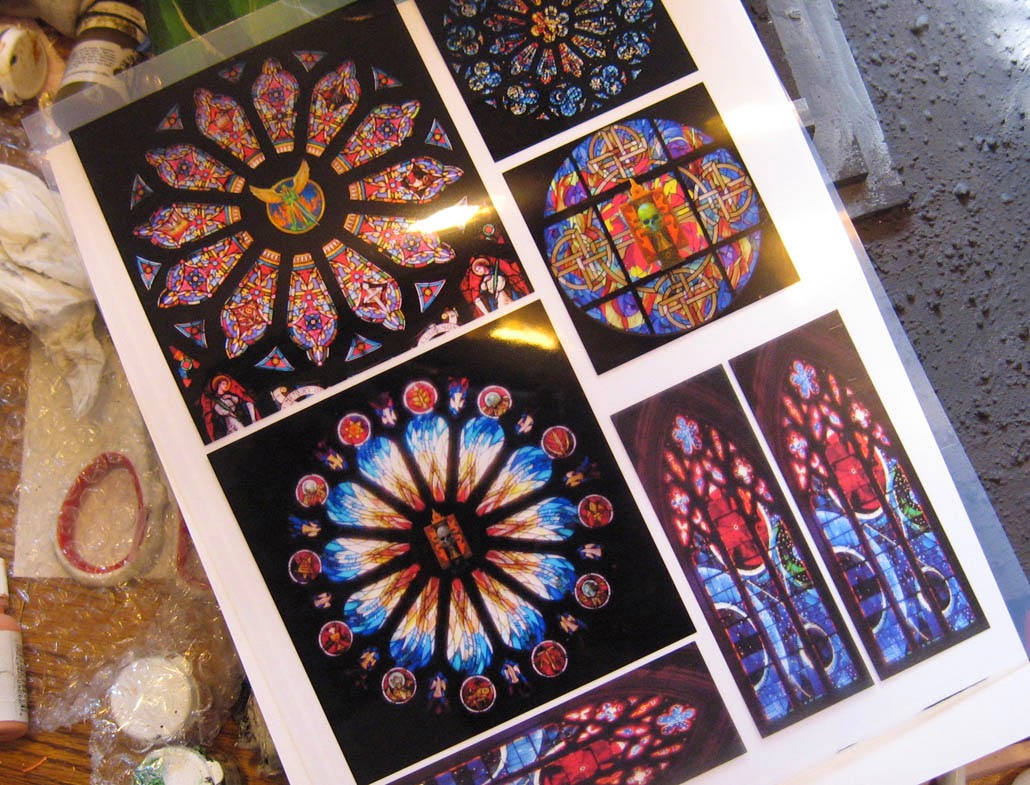 The the hard part of attaching the 40+ windows began!! 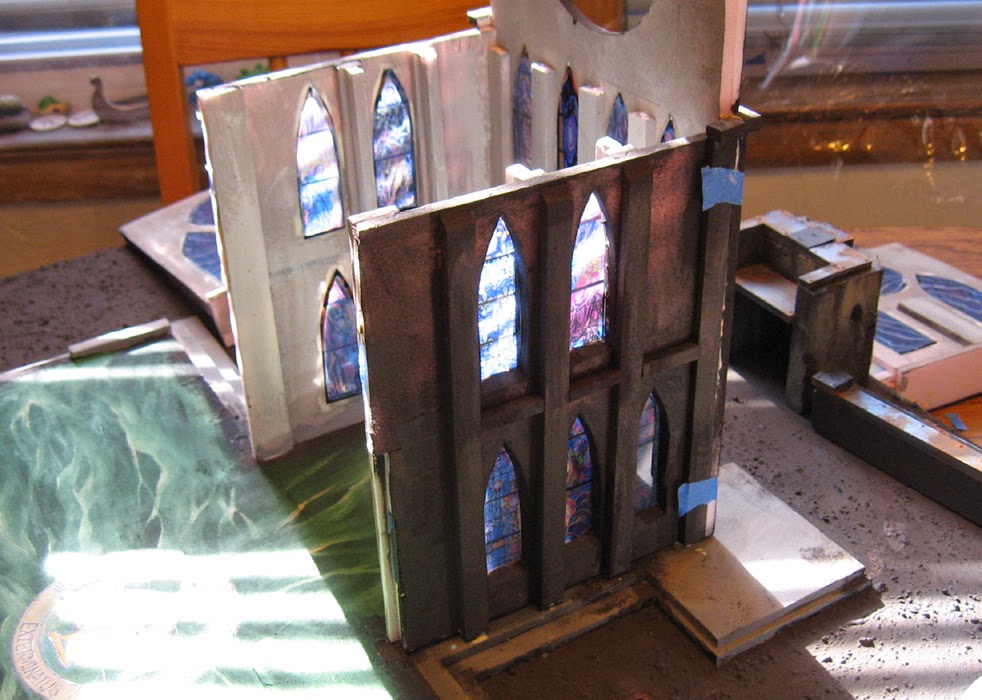 I was lucky that a small amount of wood glue was enough to hold them in place.  I didn't want to risk super glue fogging up the plastic sheets, as happens with canopy windows. 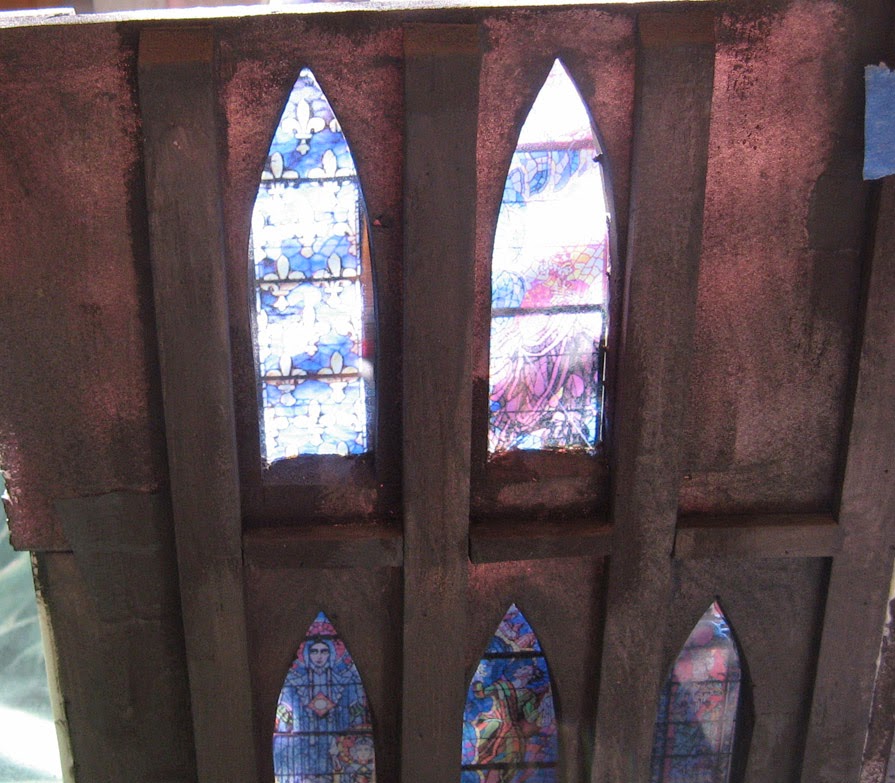 I was also glad that I had done all the walls in sections.  It would have been brutal to glue them in reaching through the columns, etc. 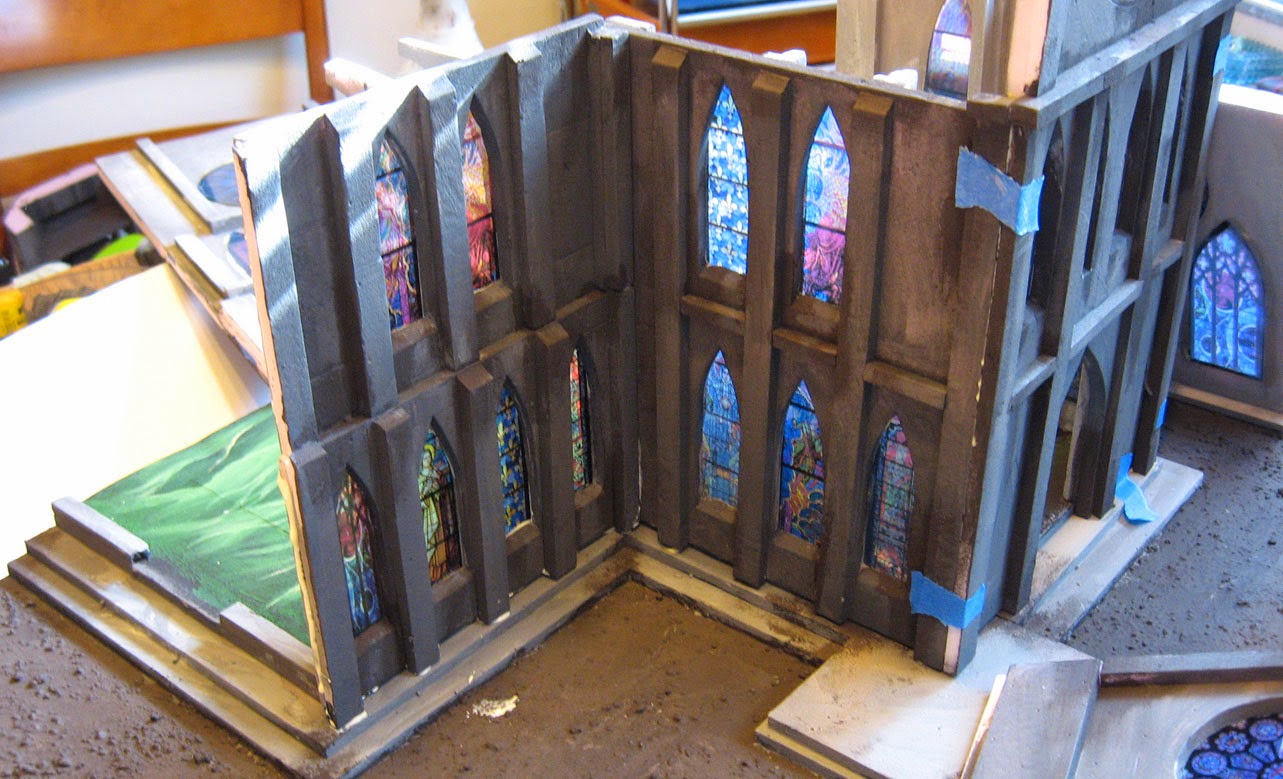 Working on the upper level pieces! 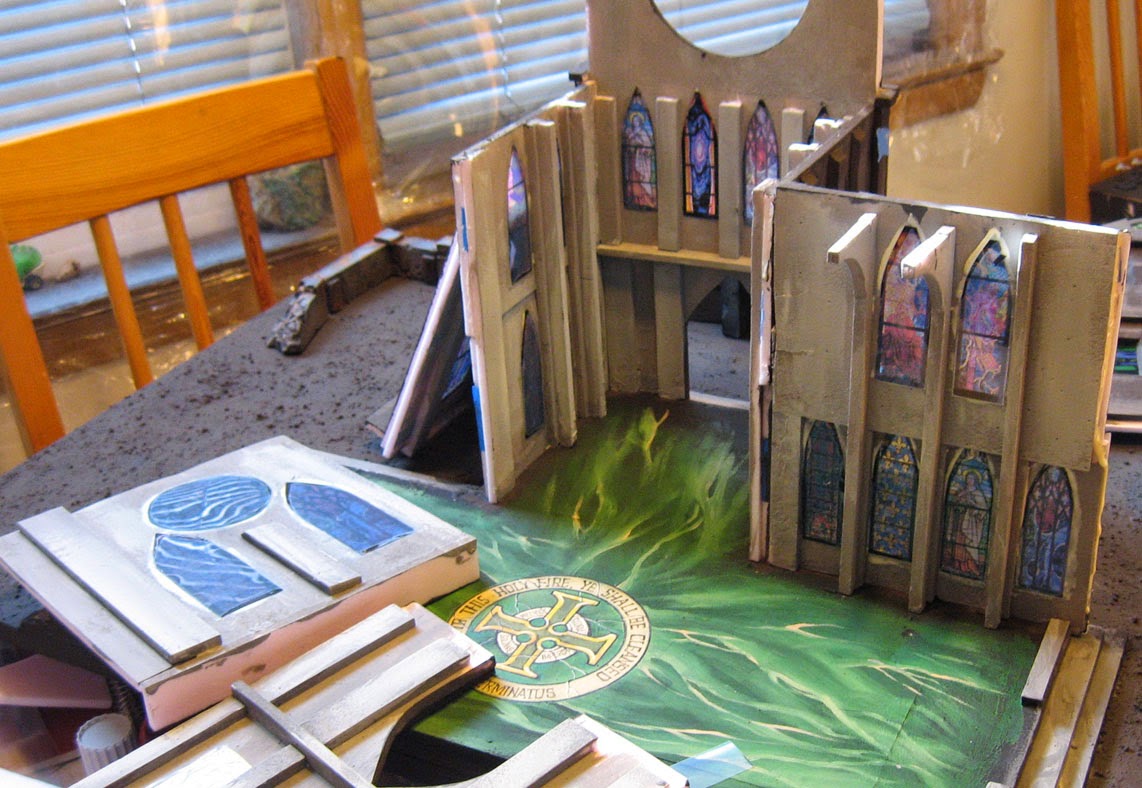 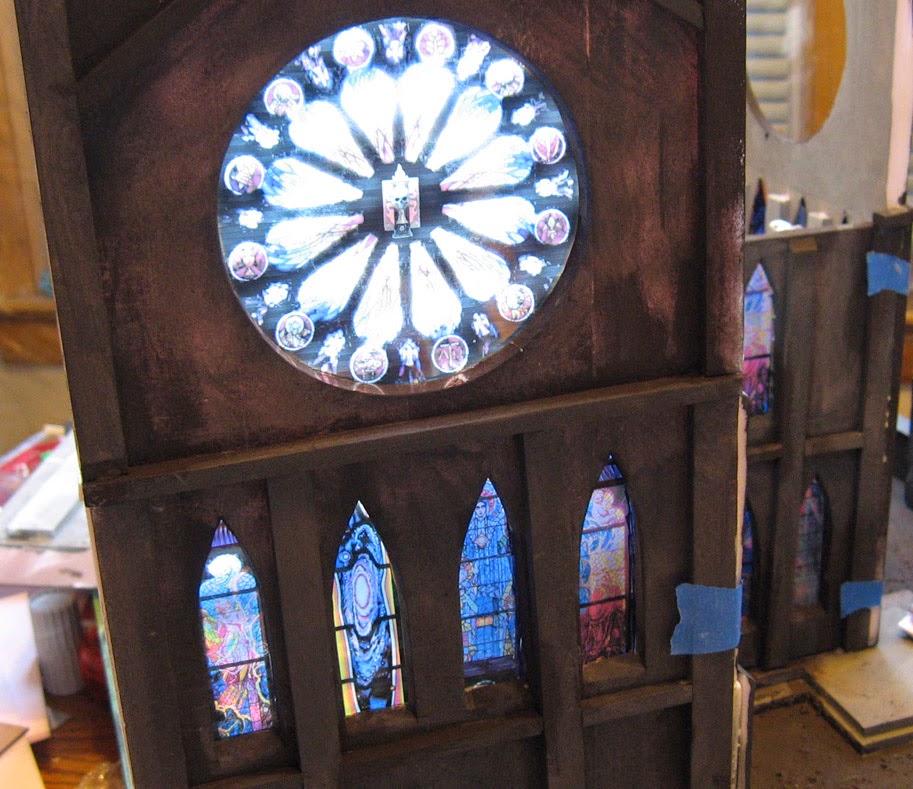 The blue glow of Chartres was just what I was after!!!! 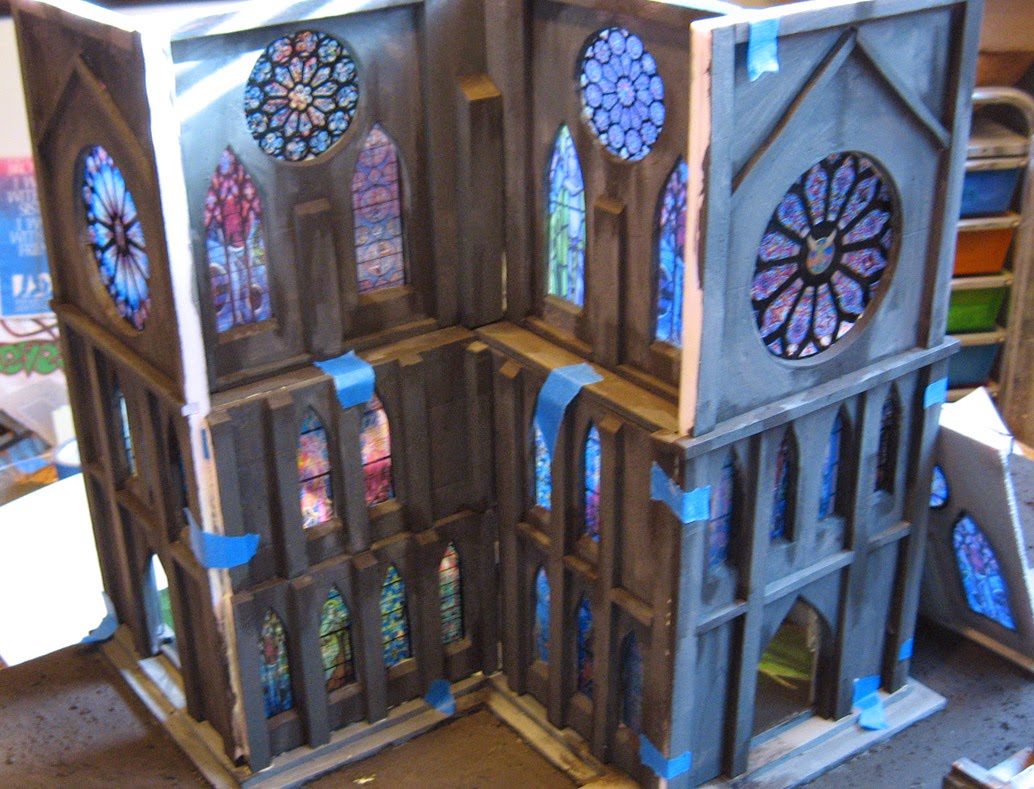 It got a little tedious after so many windows, but it was worth it in the end. 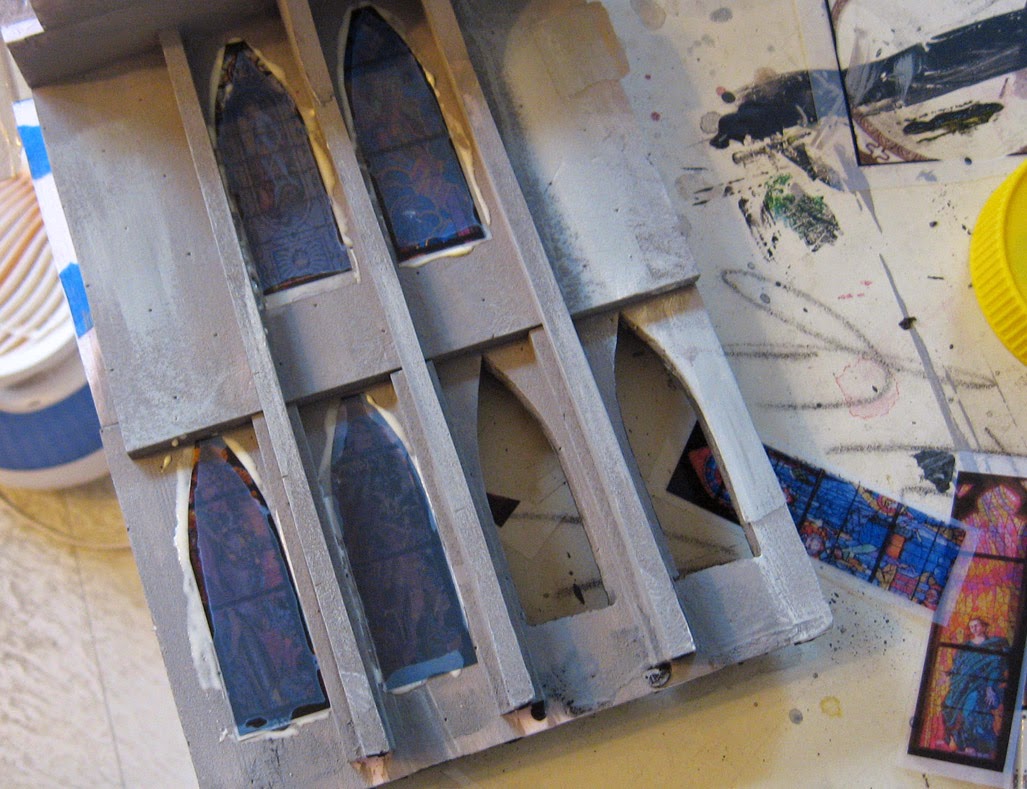 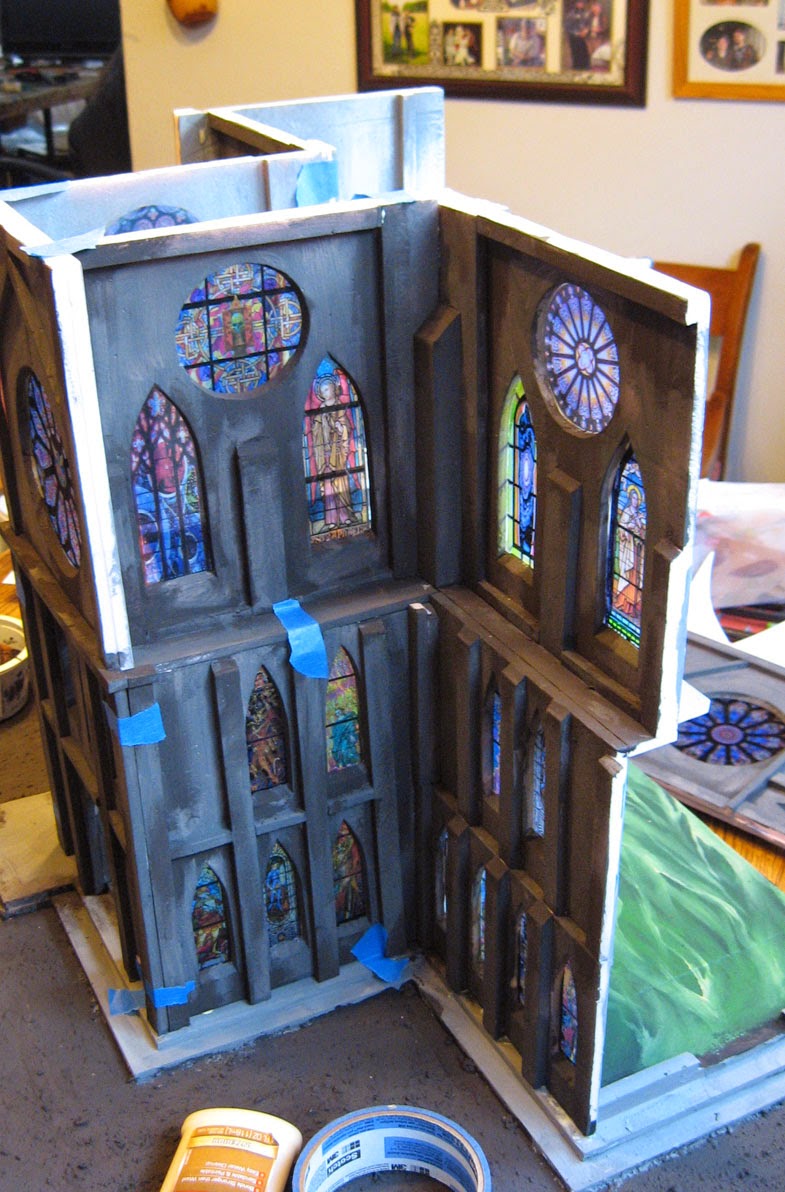 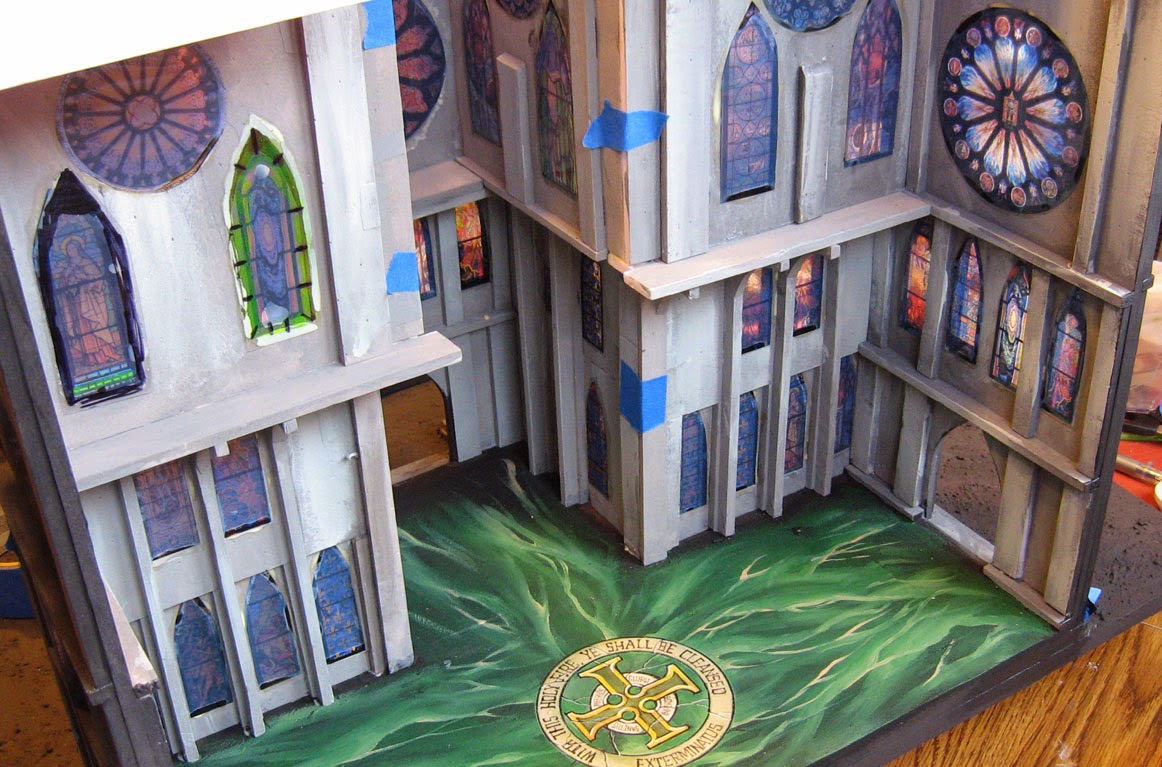 A few of the columns in place! 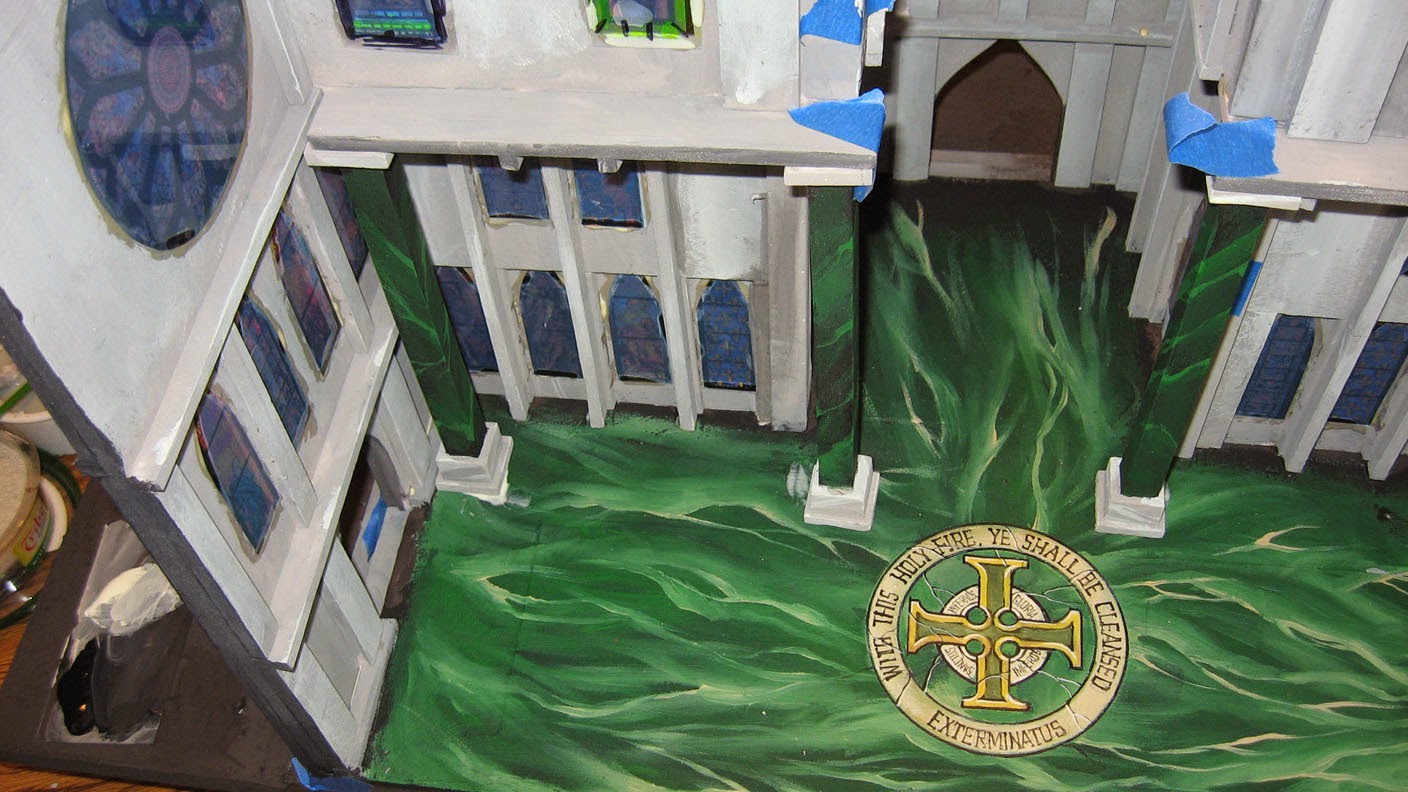