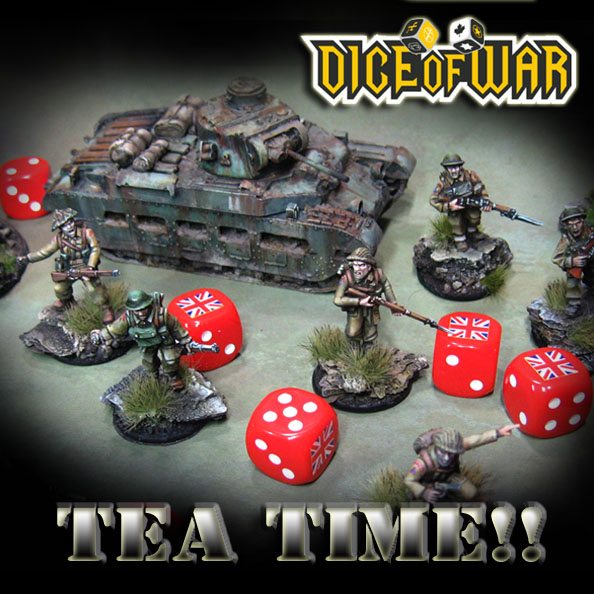 Next up for Bolt Action we take a look at the growing BEF, which are complimented by the fantastic dice from down under... Dice of War!

I was very glad that these were red, since they contrast nicely with the French flag dice that we also use in our Bolt Action France '40 scenarios. 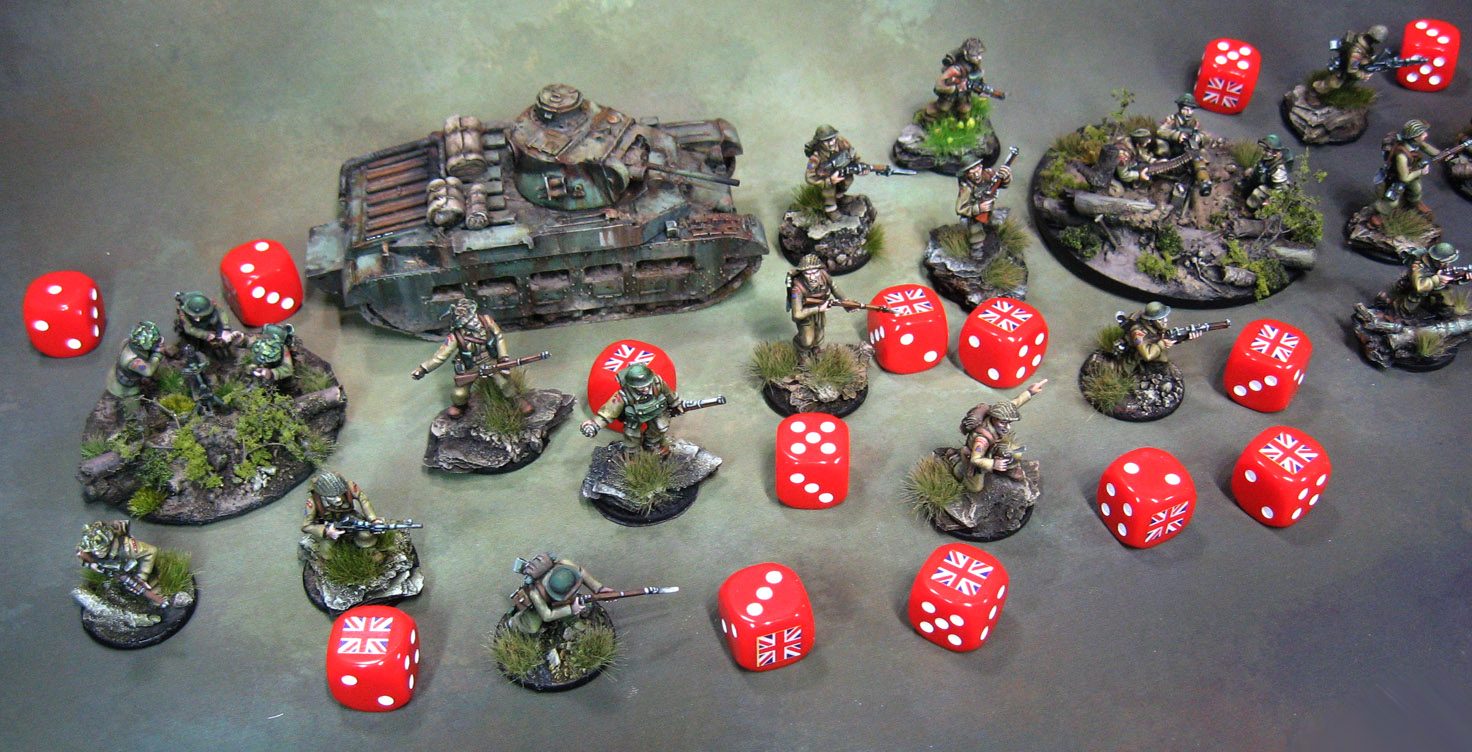 As always, the insignia is on the "6".  The 'flag' dice such as these have a printed design.  The unit specific insignia are usually etched into the surface.

The Maxim machine gun team should get plenty of these dice to roll each game! 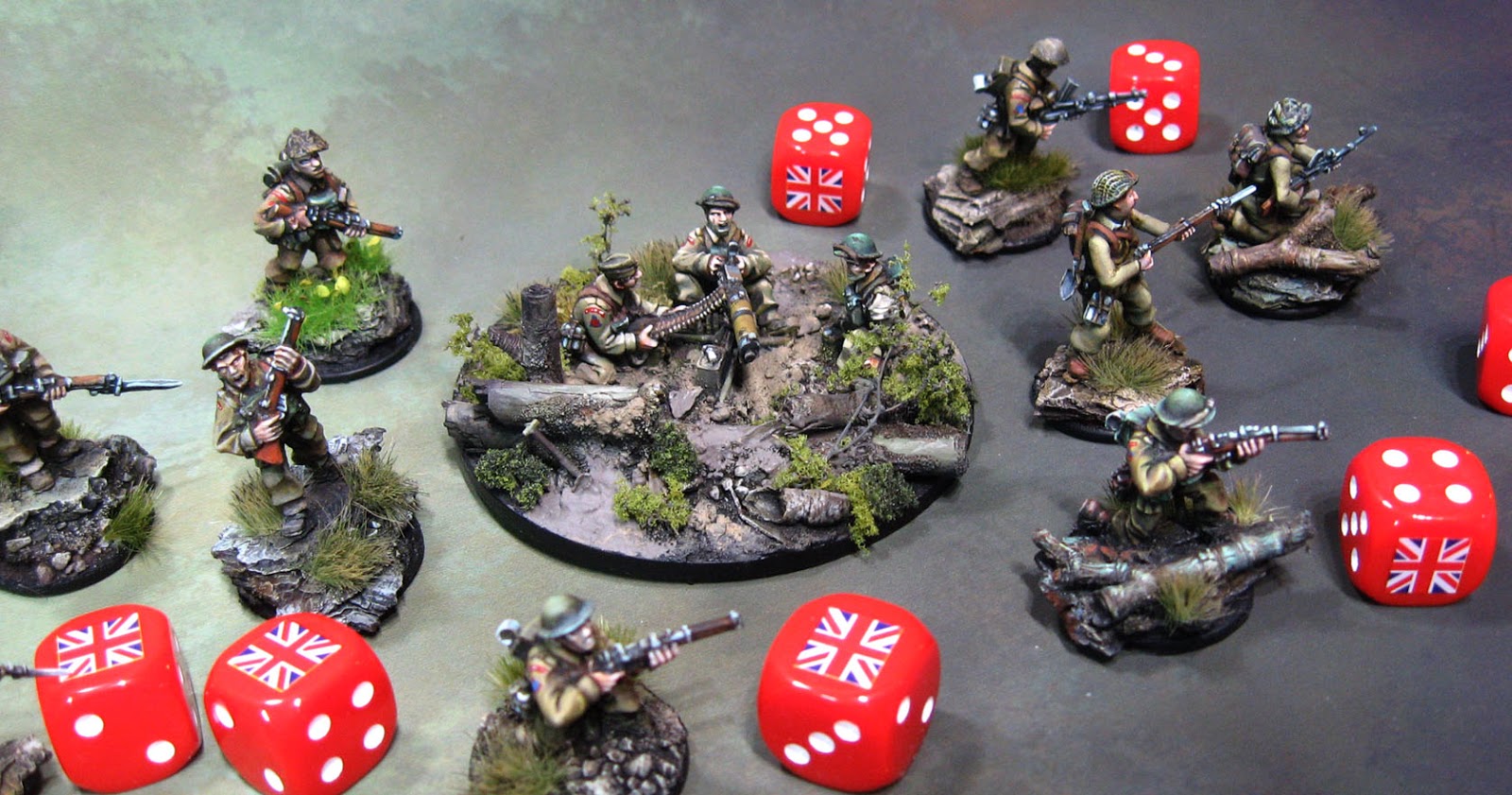 This army is getting more heavy support, in the form of vehicles and even a 25 pounder gun.  That will make quite a BANG! :-) 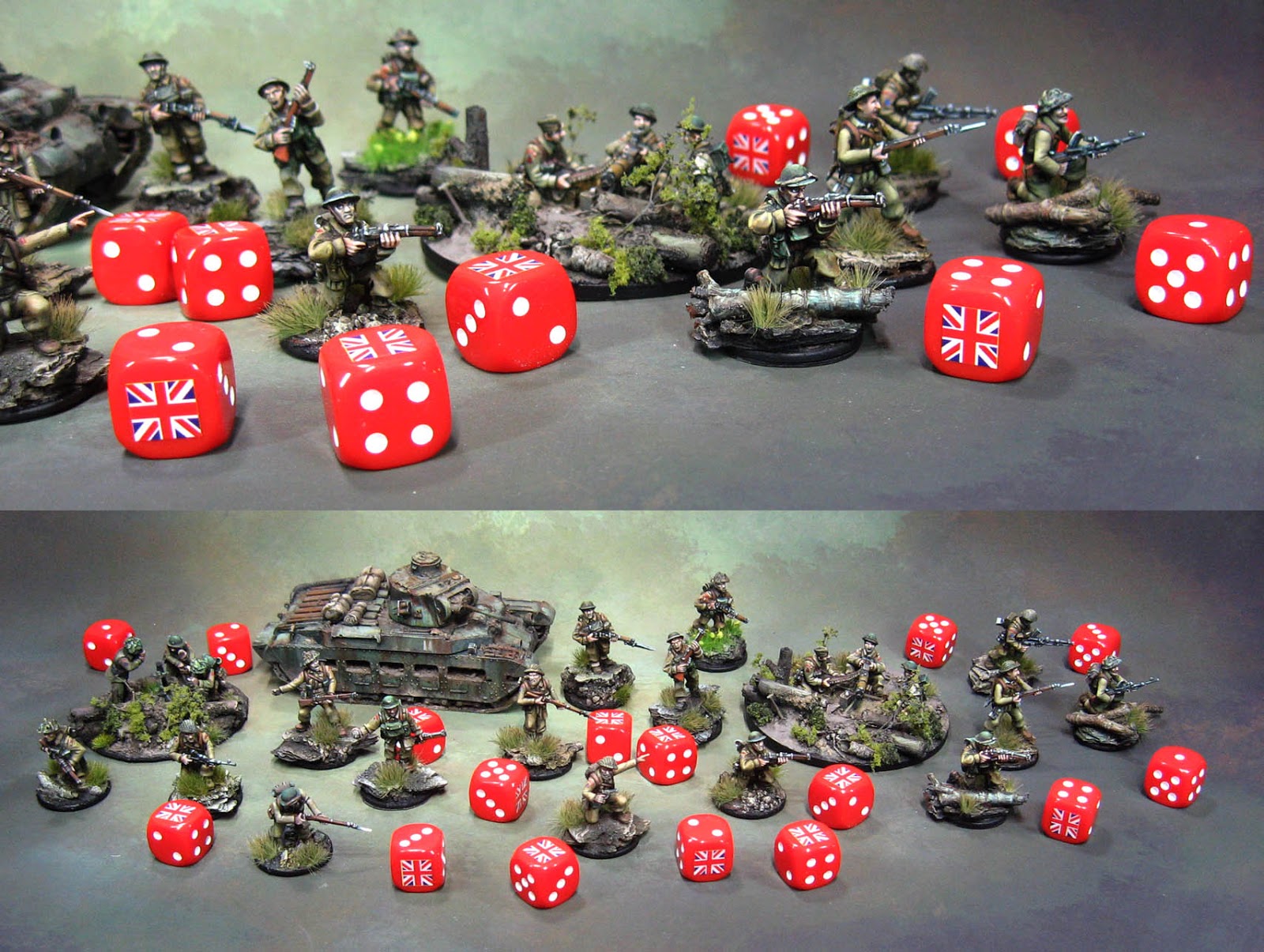 I used to use the blocks of 30 smaller dice, but I do enjoy the feel of the bigger dice.  Besides, you just don't roll that many all at once, even for Flames of War.

I don't think that I have managed to exceed the number of dice that I have for any one roll.  However, that British national rule of the extra shots might do that for the big squads that have a LMG tucked into them!

Here's a link to the site, where you can see that there are a large number of nations and units to choose from : 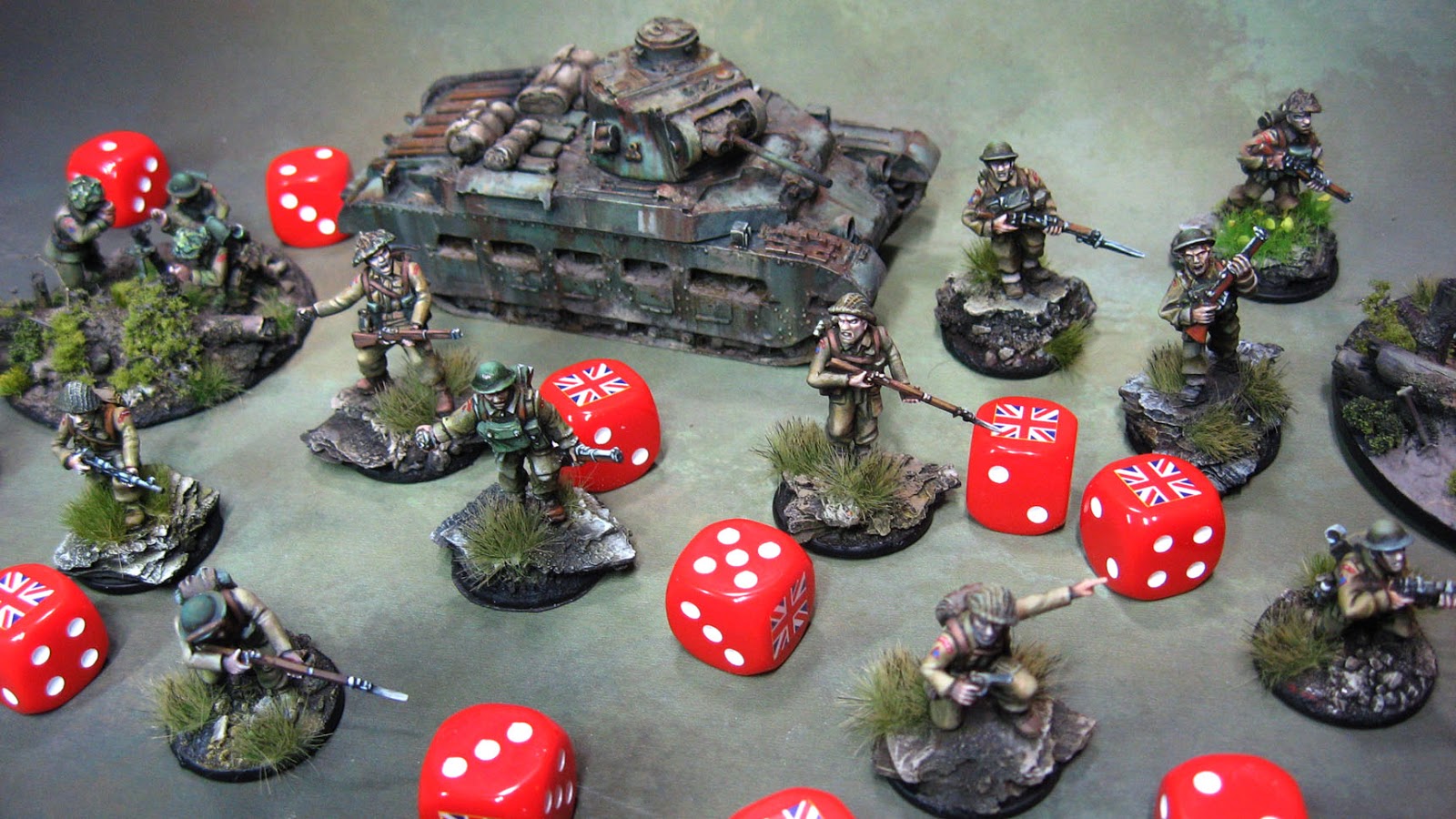