An experiment with movement trays 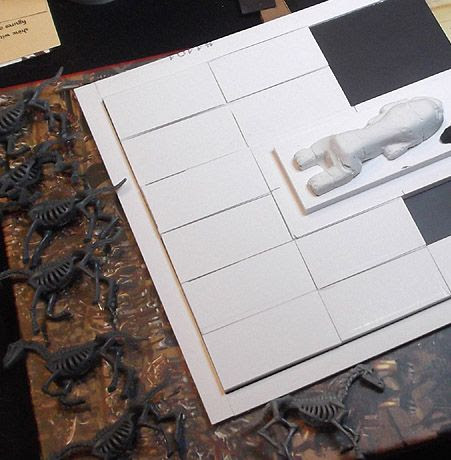 As you already know, I wanted to make some new units for the Tomb Kings.. a horde of Tomb Guard (who are actually guarding something!) and the big horsemen units.  It's hard to believe, but in all the previous posts about the Tomb Kings, almost none of them showed the movement trays... just the bases!  This is a little window into how I make those.

I wanted to see if I could create a multi-level movement tray which would also allow me to have some de-facto unit filler.  40-50 Tomb guard all jammed together is pretty darn boring from a visual standpoint, so I tried to come up with something more dramatic.

The idea is that the unit is guarding the Silver Sarcophagus of the Tainted Pharaoh.  I wanted this to be raised up, just like the Casket of Souls.  I started out making the tray in the usual method, starting out with a piece of scrap matboard cut to size.  I then cut out pieces of foam core to create the various levels. 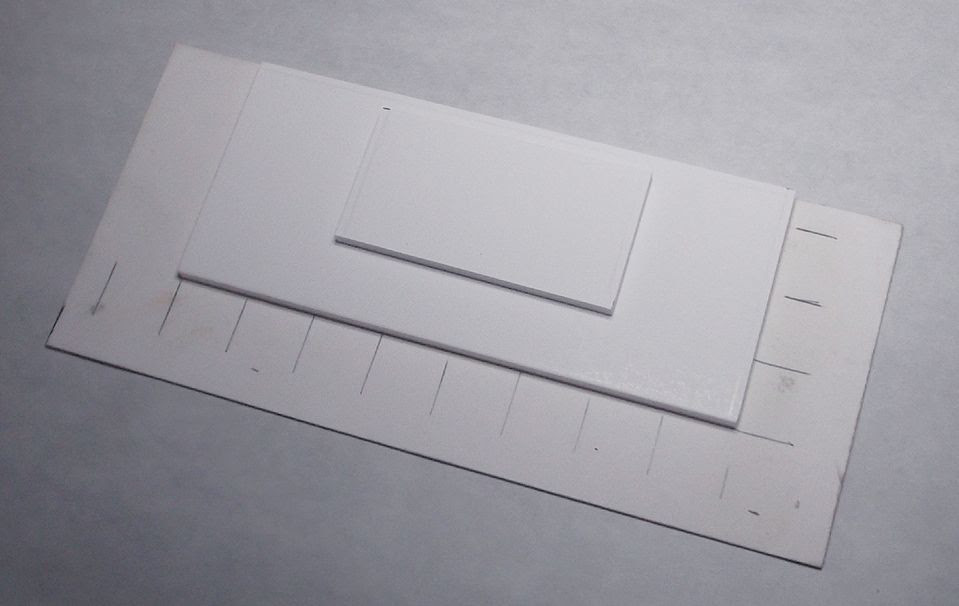 After I had the pieces cut, I covered them with refrigerator magnets and magnet sheets. 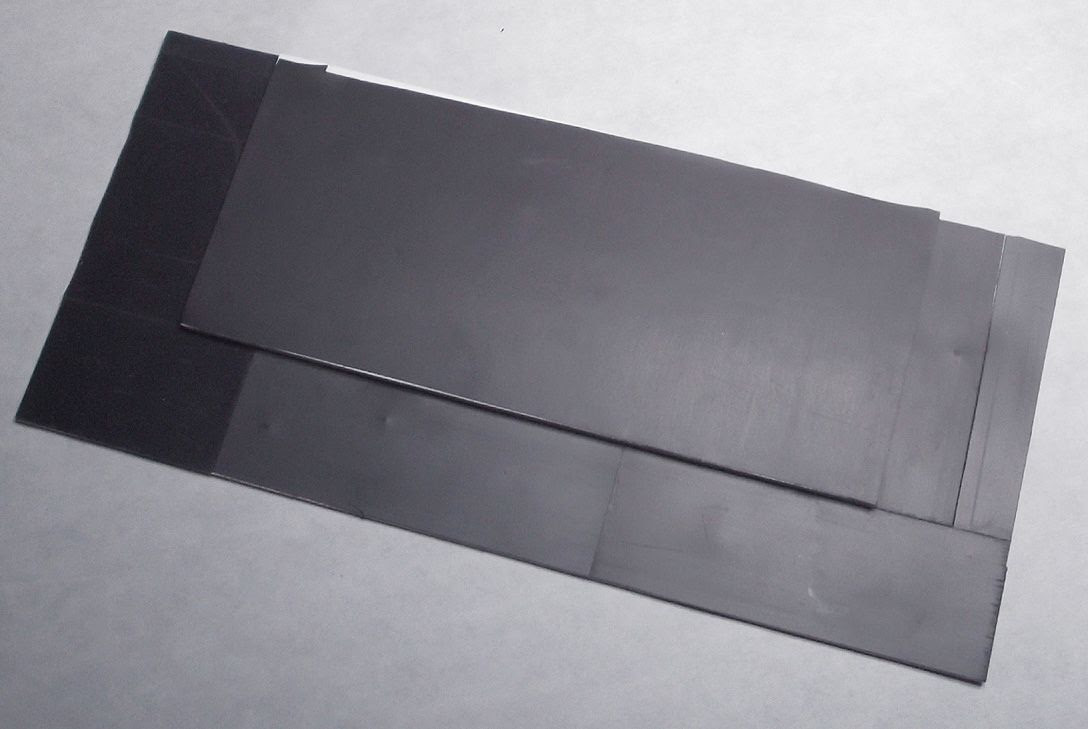 I took my strips of matboard and glued those along the edges.  These help hold the figures in place, and will also give me the space to write some key inscriptions in hieroglyphs.  It will say: "With the help of the Great Winged God, I Psusenes, shall restore my Kingdom and all within it.  Those who have plundered my Tomb Cities will suffer a fate worse than Undeath." 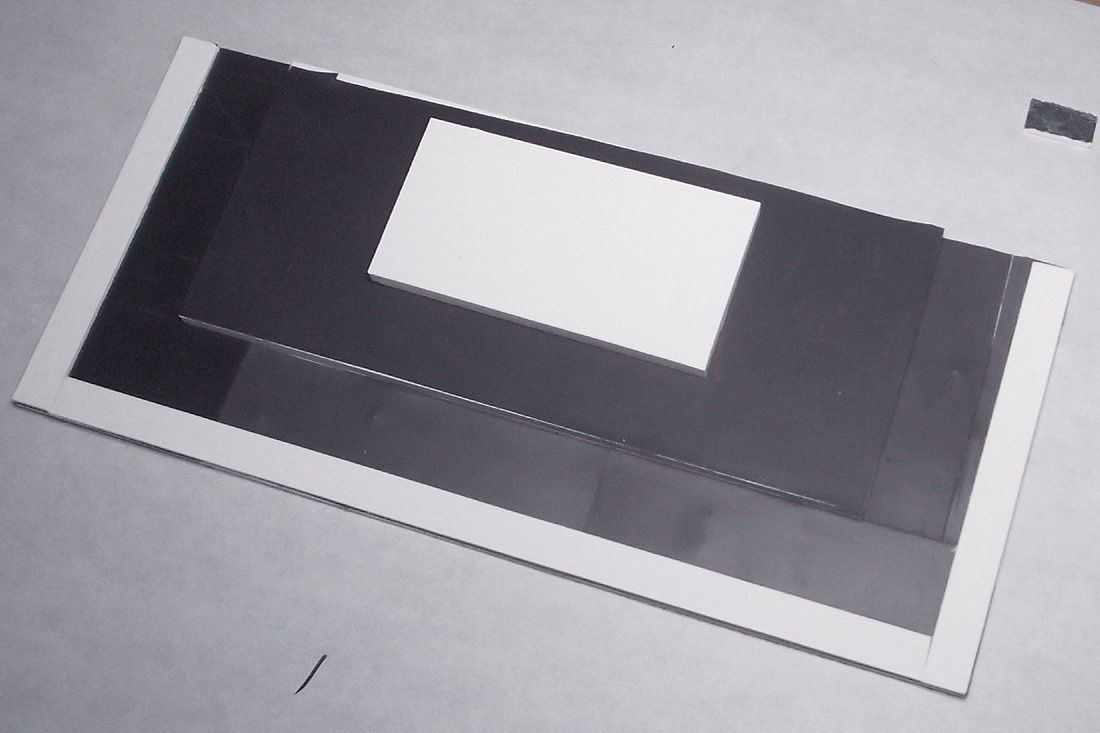 Here is the other experiment.  It is the unit of 17 horsemen that will be delivering a Death mage up close and personal (hopefully).  Just like the Tomb Guard, it gets very redundant seeing horse after horse until they all blend together.  I wanted to be able to feature some of the sphinxes that you saw on the ground level, but this one will not be weathered.

The big experiment here involves replacing the usual cavalry base (or any base for that matter) with a piece of foam core cut to size.  It can be very difficult to get all my pieces of baked sculpey to line up properly.  All it takes is one to be glued to a plastic base just a fraction of an inch off, and it messes up the entire unit.  Not good when it involves this many figures on one tray!

So, I thought I would try these pieces of foam core.  I sure hope it works, since it would make big units like the Tomb Guard a whole lot easier to base!! 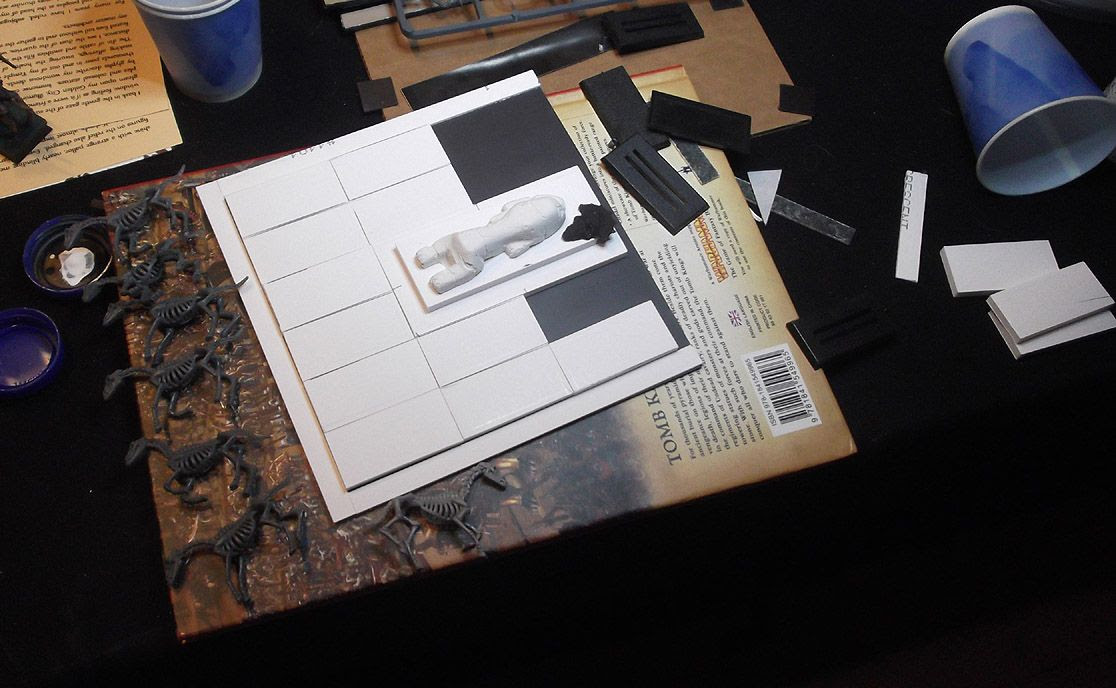 Posted by wappellious at 3:30 AM 7 comments: