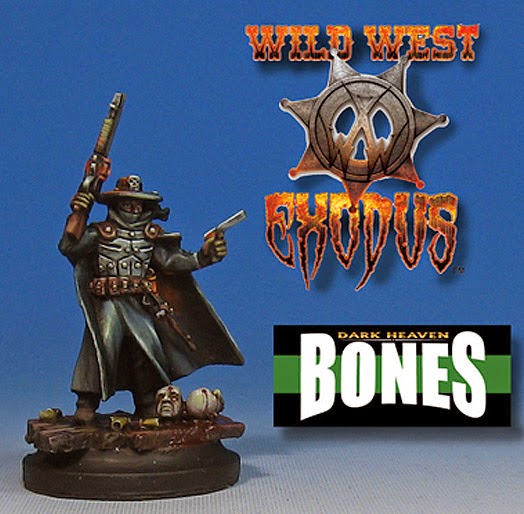 Having faced The Wraith in a few games of WWX with Rich, I was very curious to give him a try myself.  After reading the A Contract to Die For WWX novel, in which he has a prominent role, I thought it would be very fun.

At first we thought we'd just share Rich's Wraith figure, but then I realized that it might get confusing.

In the heat of the fight, we might each mistake it for our own, or in my case, shooting at it because I believe he's working for Rich's posse!

I had a Reaper BONES figure that looked quite similar to the Wraith figure, but distinct enough that it could not be mistaken for the original.  I did some conversion on him, adding a shotgun arm from Victoria Miniatures, as well as other pouches and grenades.  The armor pieces were sculpted on with green stuff.

I have some WIP shots somewhere, but I may save those for another post where I compare him to the original figure that I was trying to emulate.

Again, the idea here was to get something that looked unique enough from the actual WWX figure.  While I'd love a Wraith mini of my own to paint, I could all too easily see myself getting mixed up.

This will happen more as I begin to experiment with other factions besides the Lawmen.  They are going to play quite differently, which is what I look forward to the most!

Posted by wappellious at 1:21 PM 2 comments:

Not barking up the wrong tree 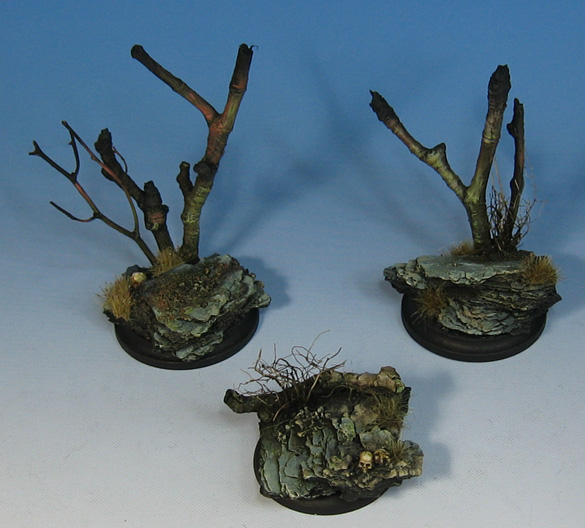 Hot off the presses, a new set of bark 'n branch bases. 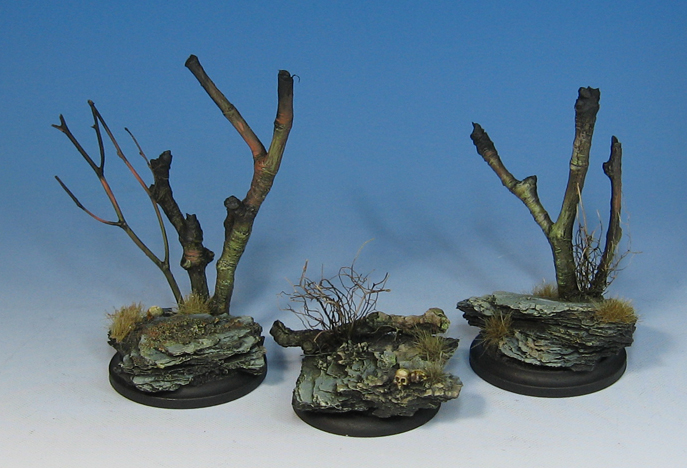 There's been numerous how to's on both the sculpting and painting process here, so I will let newcomers seek those out for themselves. :-) 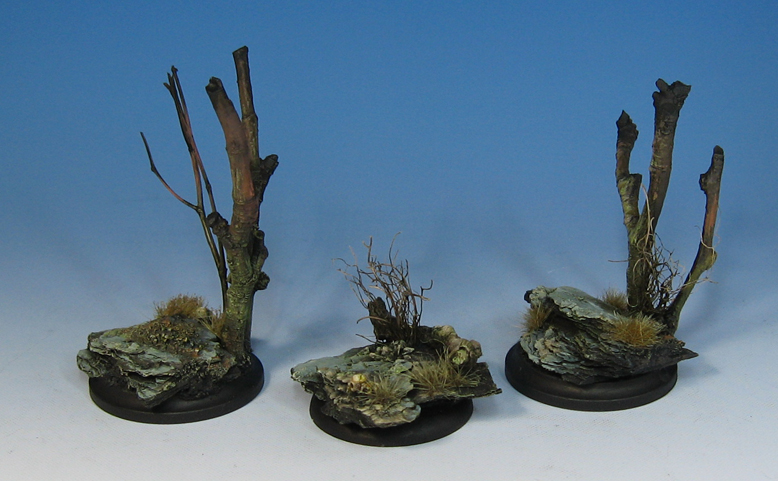 Since a few of these bases will be carrying some heavy magnets on the bottom, I chose to pin the branches into the bases. 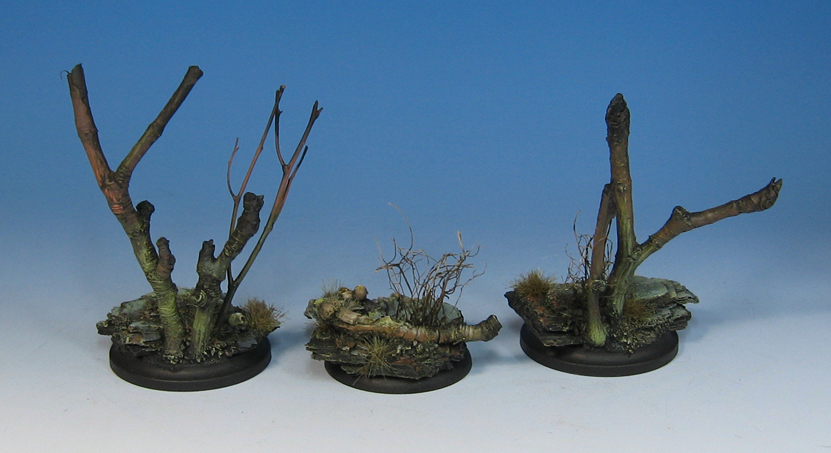 I normally would not do that, as the normal process of gluing in the 'trees' is pretty solid 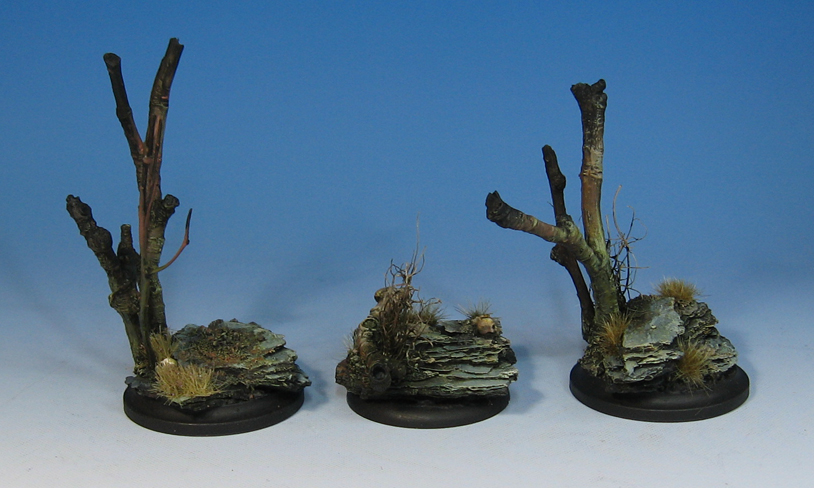 .However, the magnets I will be using on these are the same ones that I use on larger creatures, and I will need to exert more force to pull them off the metal sheet. 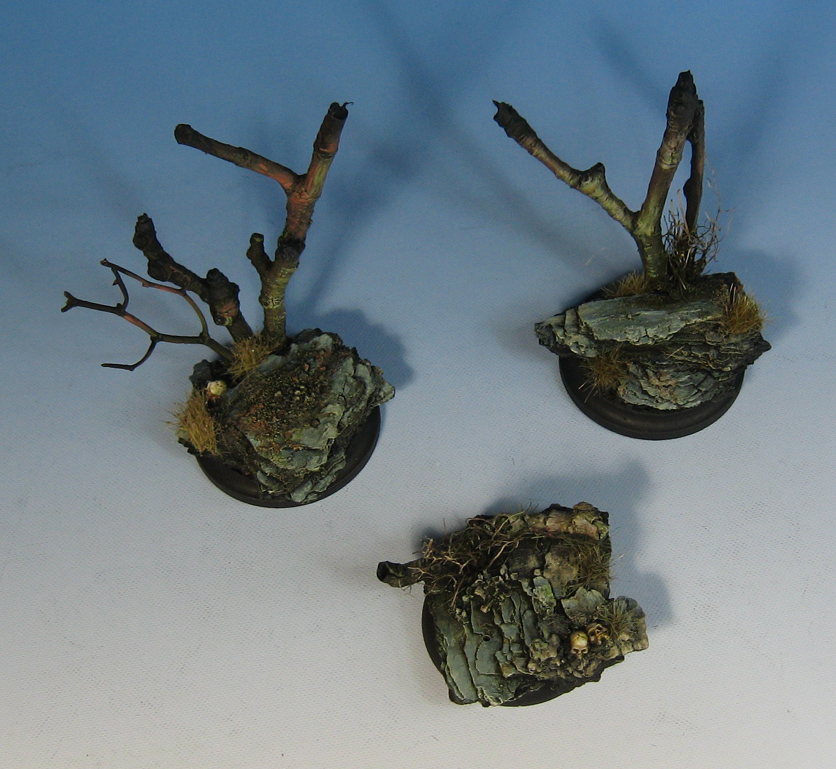 I had some really sweet pieces of bark to work with here... that fantastic shale texture that basically happens all by itself! 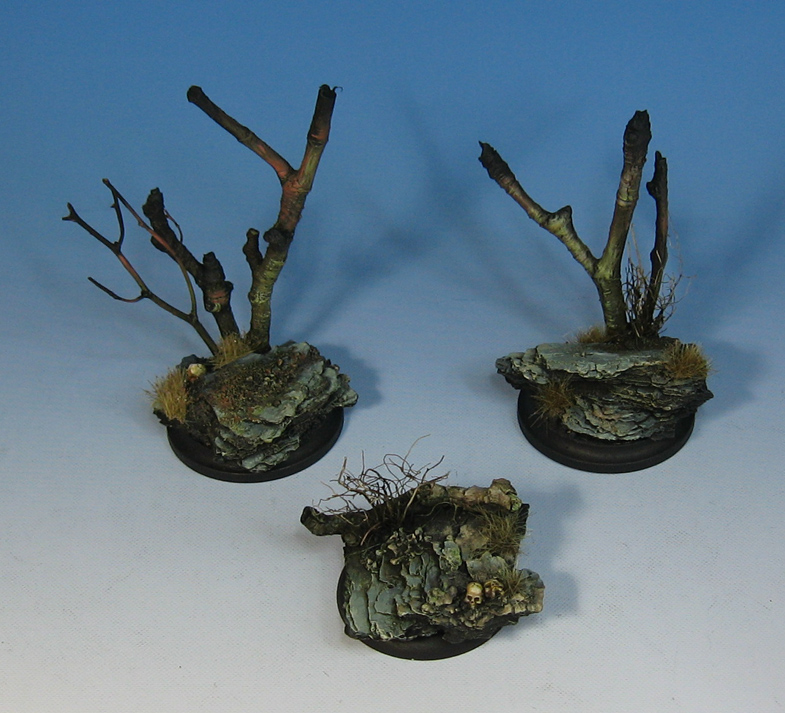 A few Secret Weapon skulls and a bit of the straw.. 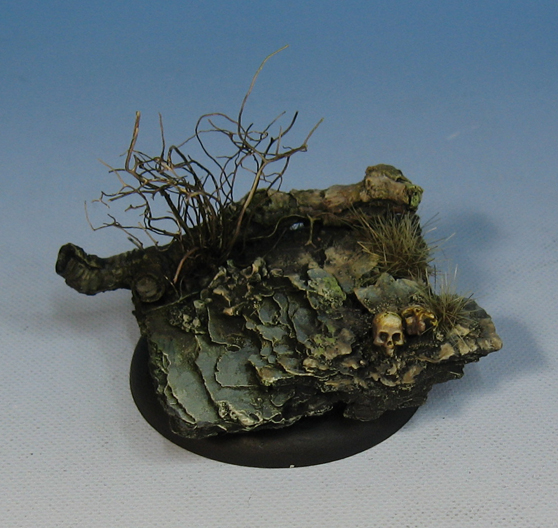 A wonderful swirling pattern to the rocks leads you right up to the tree... 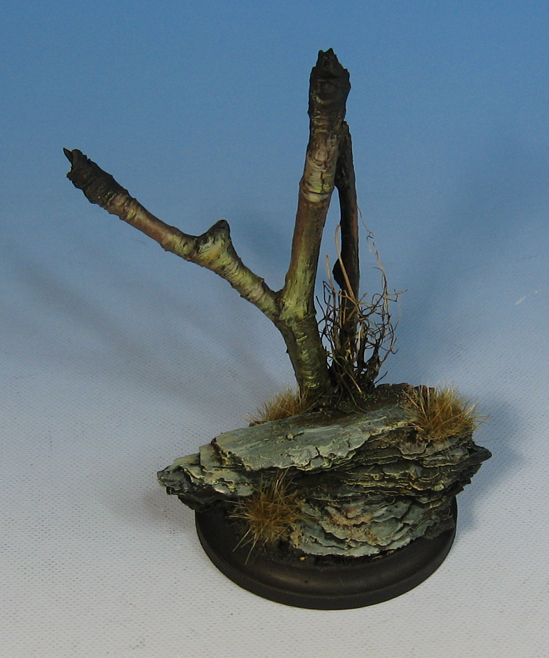 I enjoyed painting these, as I wanted to incorporate more golden browns and muted reds.  I did this in advance of placing the figures, which will have a distinct set of cooler colors.

This will give me a nice suggestion of contrast, without the viewer actually noticing that it's even there! 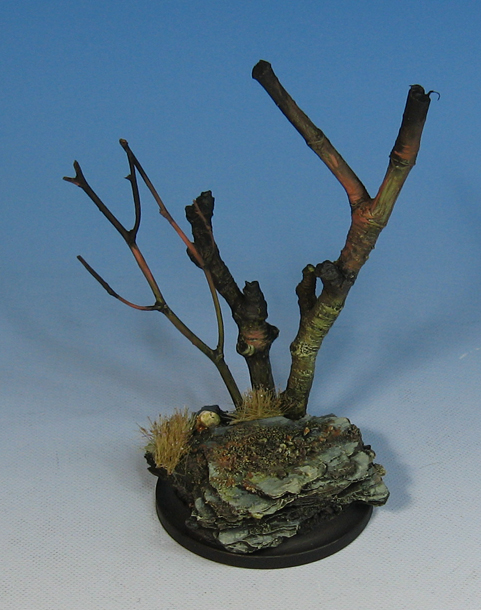 Posted by wappellious at 1:44 AM 2 comments: