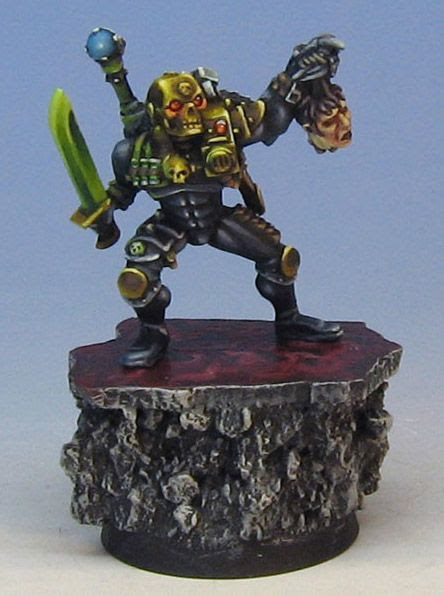 My favorite of the Imperial assassins was by far the Eversor assassin.  Some of you may recall the converted version I made for my own Grey Knight army for Adepticon.  This figure is one I painted years ago that gave me some ideas for my own.

In this year's army, I tried to team mine along with one of my super fighty Inquisitor retinues, packed with Death Cult Assassins, Arco Flagellants, and crusaders.  On the charge, that unit dealt out several dozen high initiative, high weapon skill attacks that could wipe out terminator units.

Posted by wappellious at 6:21 PM No comments: 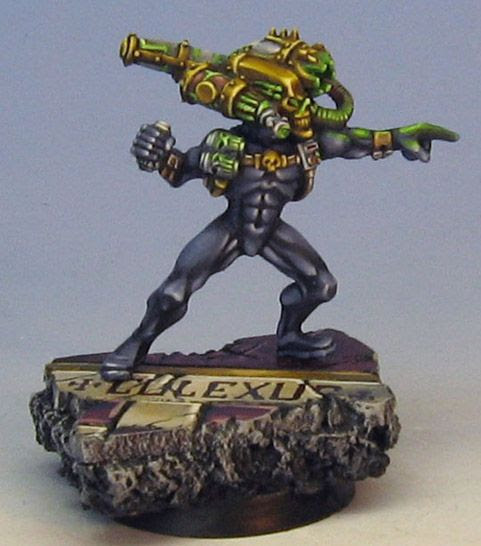 I wonder if these days of 6th edition will make this assassin much nastier.  At least the old Demonhunter version of him was!  I didn't use him all that often, but I recall him having a huge impact in a bigger game, as he prevented one key charge due to a failed leadership test.

Return to the Dragon Shoppe! 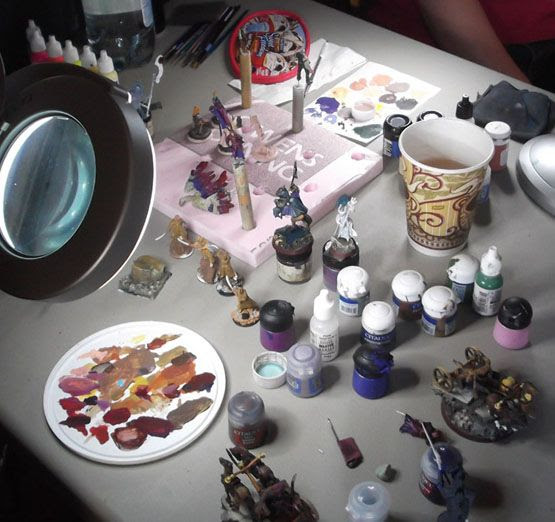 Today was our second visit to the Wandering Dragon Shoppe!  As you know, our first scouting mission to the Shoppe last week was a great success.  It was a blast, and we looked forward to going back.

There was a very welcoming work space waiting for me, so I set about getting to the painting.  It was sort of back to the future, as Cathy and I were able to work at the same table, which we haven't been able to do for years. :-) 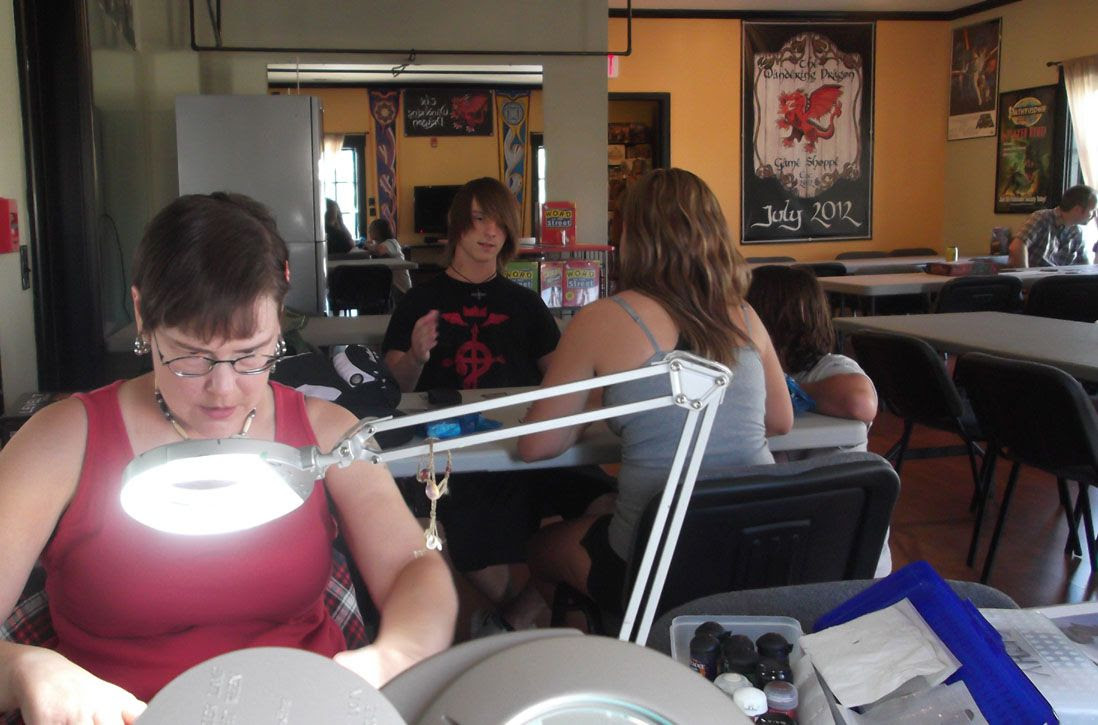 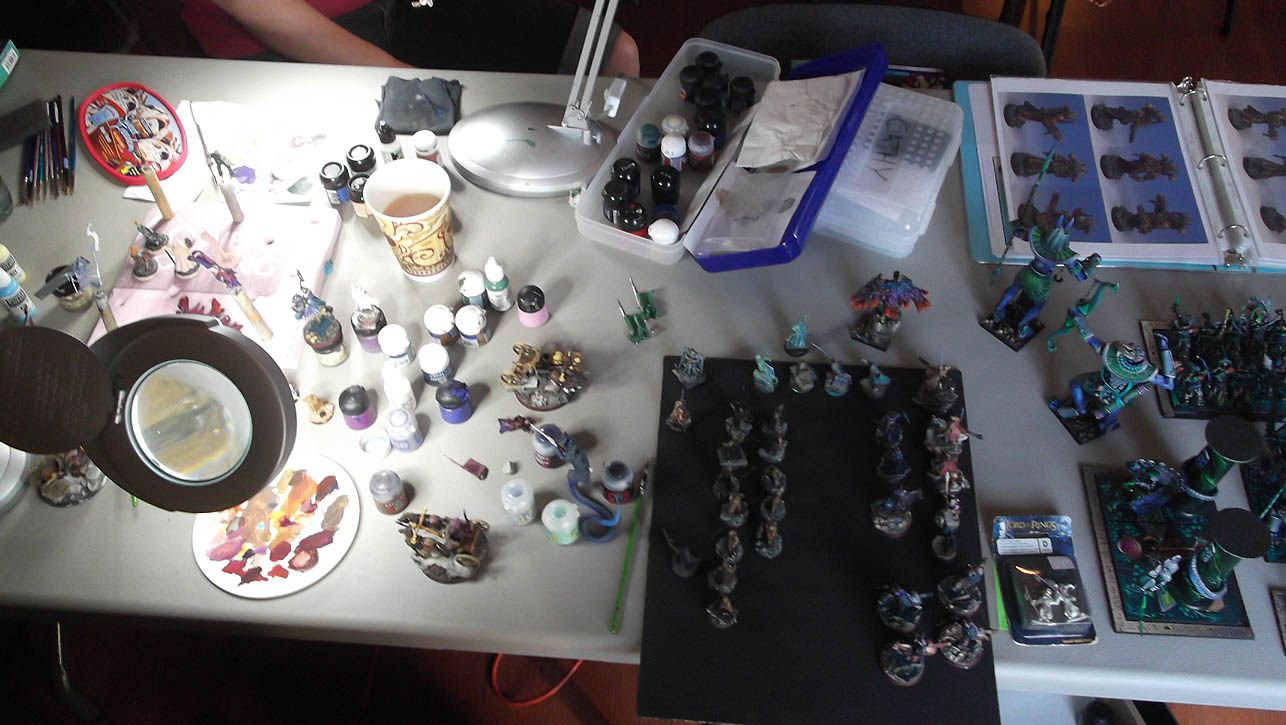 Today I was working on the Tomb Kings, and especially the Lord of the Rings armies I will need for Bilbo's Bash in November! 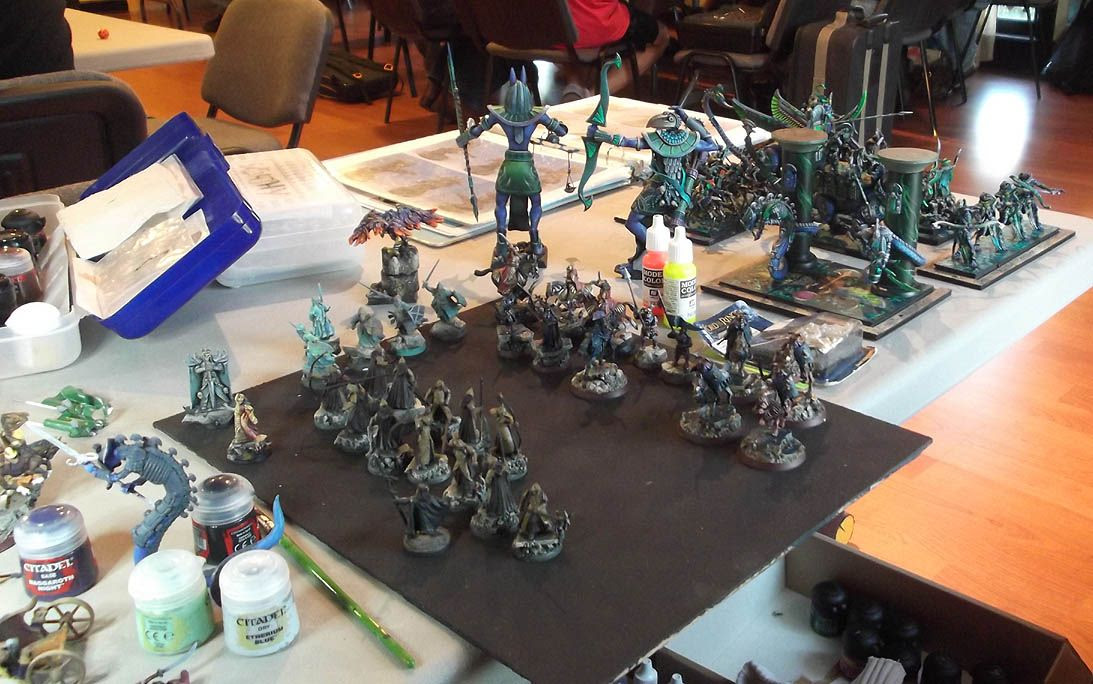 One would have expected a little less activity on a typical weekday, but it didn't take long for a beehive of activity to arise.  A large group came in to do some old school AD&D,,, 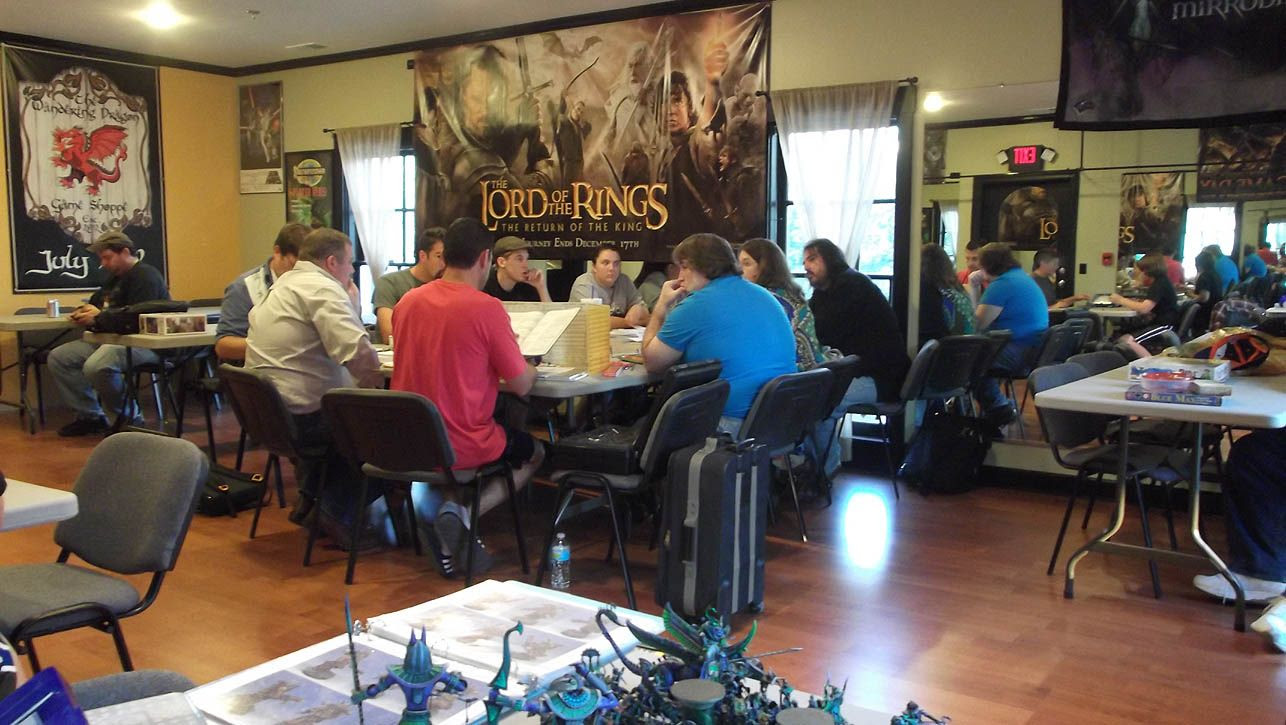 Hours later, (and lots of dreaded 1's) they were still hard at it! 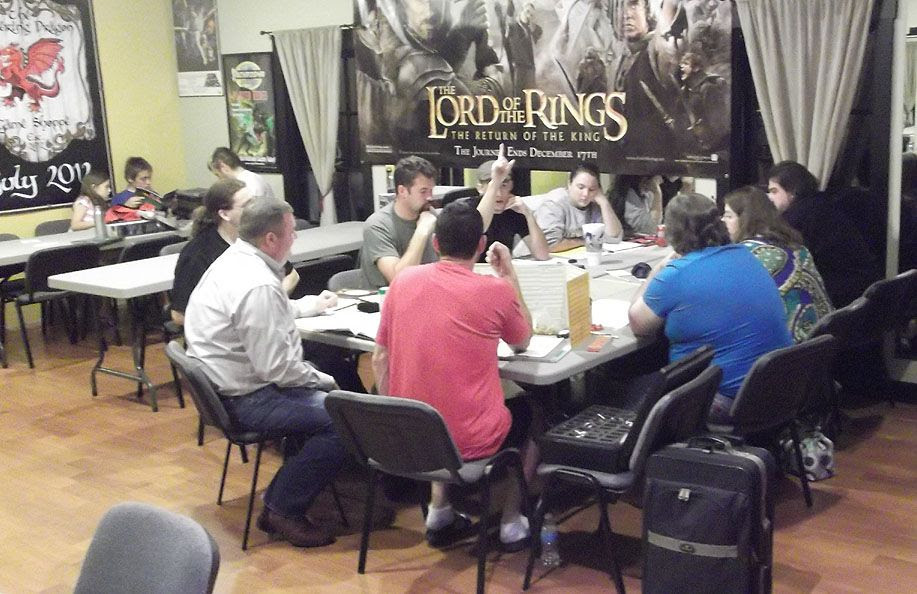 There was also a lot of Malifaux going on... 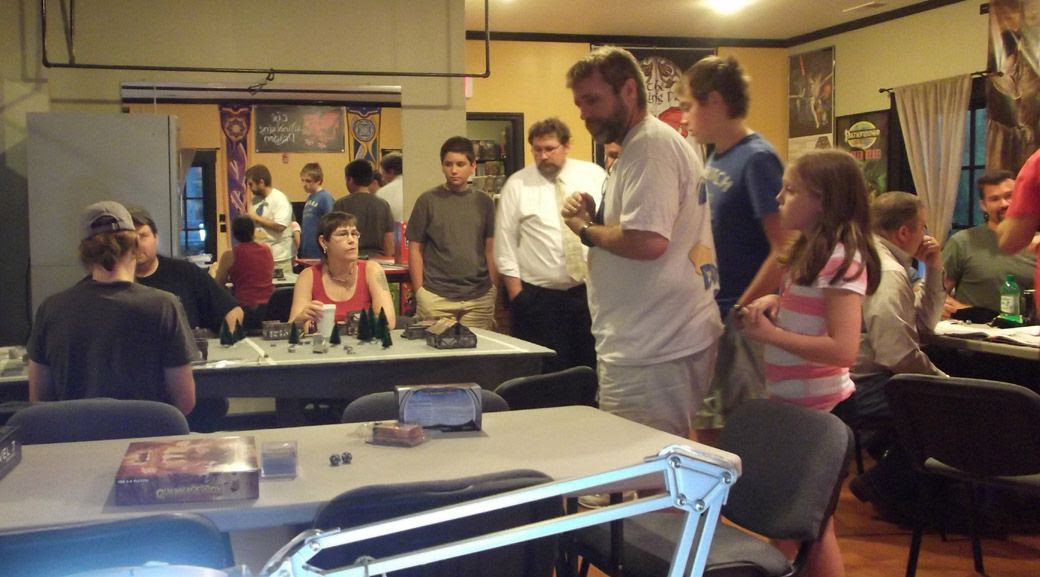 I was able to get some serious work done on the Khandish Chariots in between a trip to the Ice cream shop next door and checking out all the nifty games on the shelves! 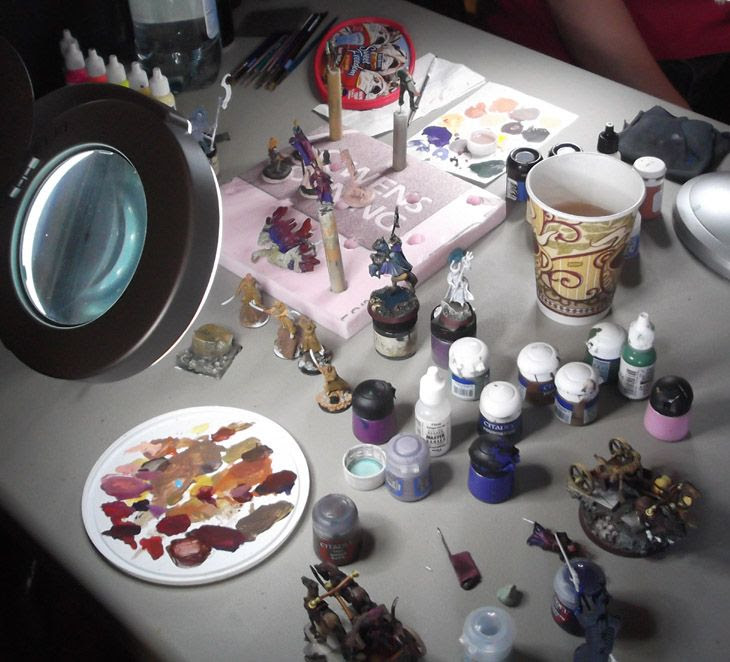 They look a little different than the battle report from the other day, don't they? 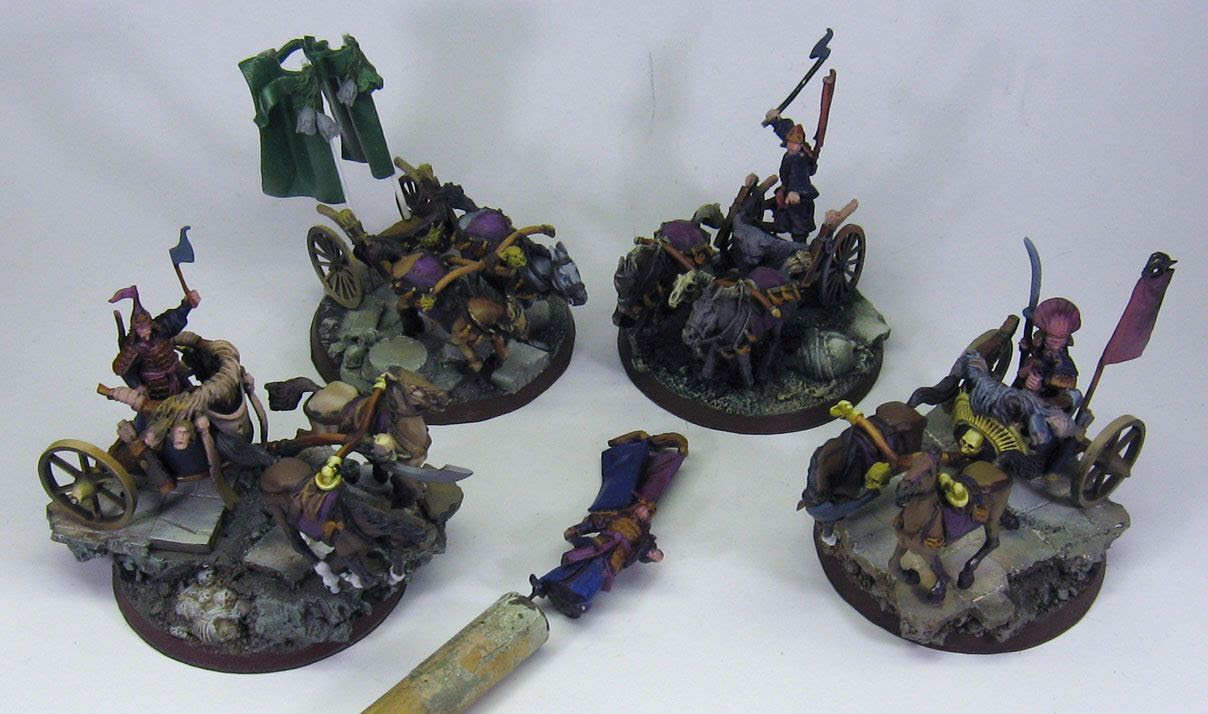 It was not anything dramatic, but one of my main tasks was to establish the direction I wanted for the color scheme.I was able to do that, and get things mostly set up for the next stage of dark glazes and shading. 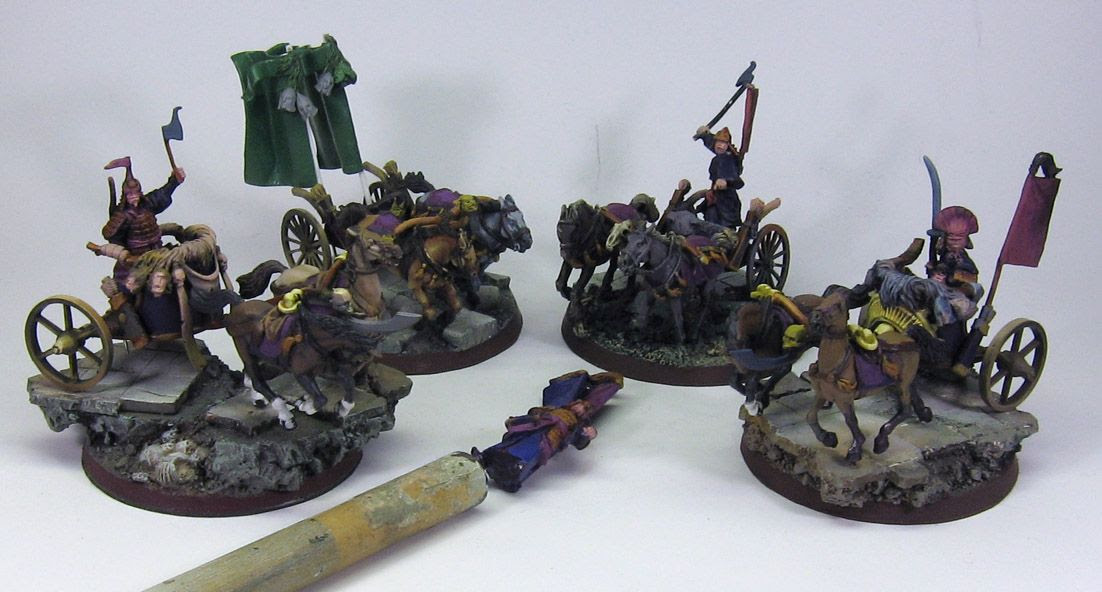 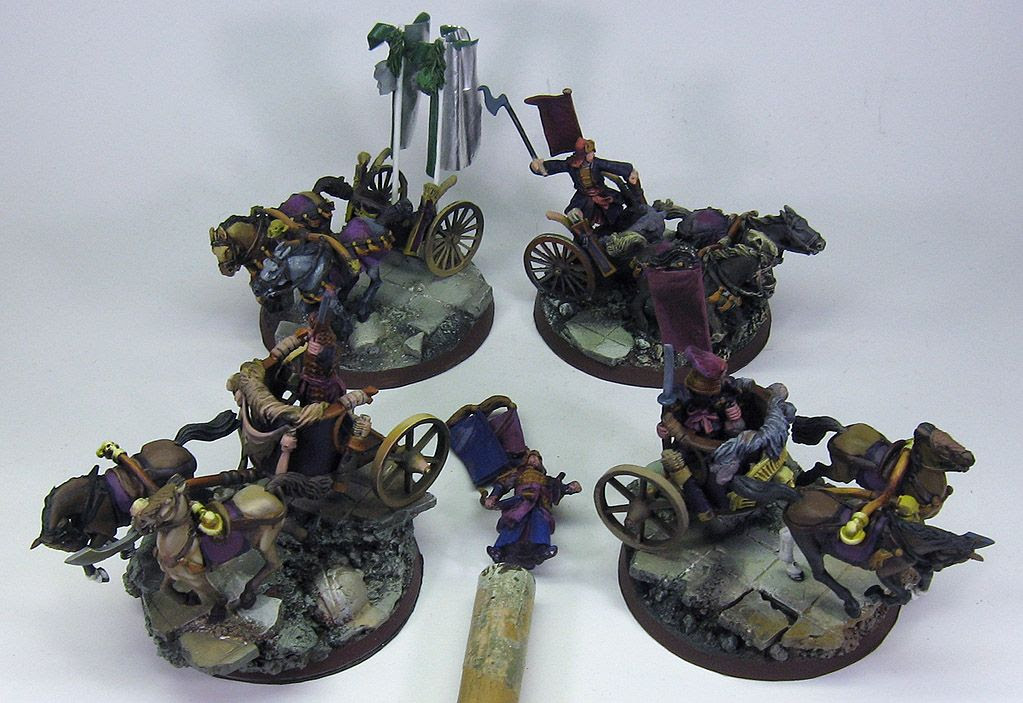 The next time we head over to the Dragon Shoppe, I will be painting the ships for our Battlestar Galactica game.  If possible, we are also hoping to build some terrain boards for the store.  It should be very fun!

Once again, a great atmosphere, and happy vibes!!  We love it.
Posted by wappellious at 2:35 AM No comments: