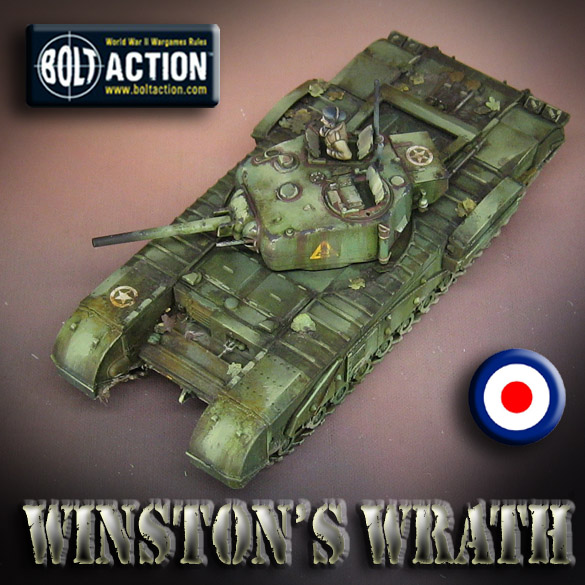 This beast is the plastic Churchill tank from Warlord Games.  You can build seven different variants with this kit, but in this case the most "generic" build was the request.

I believe this is the welded turret, with the 75mm Sherman gun.

Here's a link, which should also show you some of the variants that are possible:

I painted this with the Mig AMMO oil washes and filters, and also the OilBrushers.  I really enjoy that combination of products, since it offers so much flexibility in approach!

For those who have seen my live facebook painting sessions, you know that I like to take the same sort of watercolor approach, by splashing the filters and washes across the entire surface at once, quickly blocking in the darker tones, and tinting along the way:

This is even more important on potentially "bland" vehicles like this, where you have a massive amount of one color.  The rapid application of those washes, and the subsequent layers of OilBrusher paints allow me to create a number of variations in the tones... some warmer and some cooler.

There are plenty of raised areas that allow for streaking and other discoloration, thus breaking up those larger surfaces.  Where I was going to add effects such as dirt and mud, I tried to make those greens a bit more blue, so that the warmer mud tones would show up just a tiny bit more.

The view from above shows the addition of the leaves, punched from actual pressed leaves using the Green Stuff World leaf punches.  They were attached with sand and gravel paste from Mig AMMO, which I really love.  To tone them down and create even more texture, I fleck a little bit of weathering powders onto the "pile" as well.

These are lighter and darker dirt colors, which help to give the appearance that the crew have been climbing onto the tank.

The markings were also pretty generic, since this was a commission piece, and I was not given any kind of specific unit ID to follow.  This British force is a bit of a hodgepodge, blending many different units together.  Still, I enjoyed painting this a lot, and the tank commander was a nice addition too! 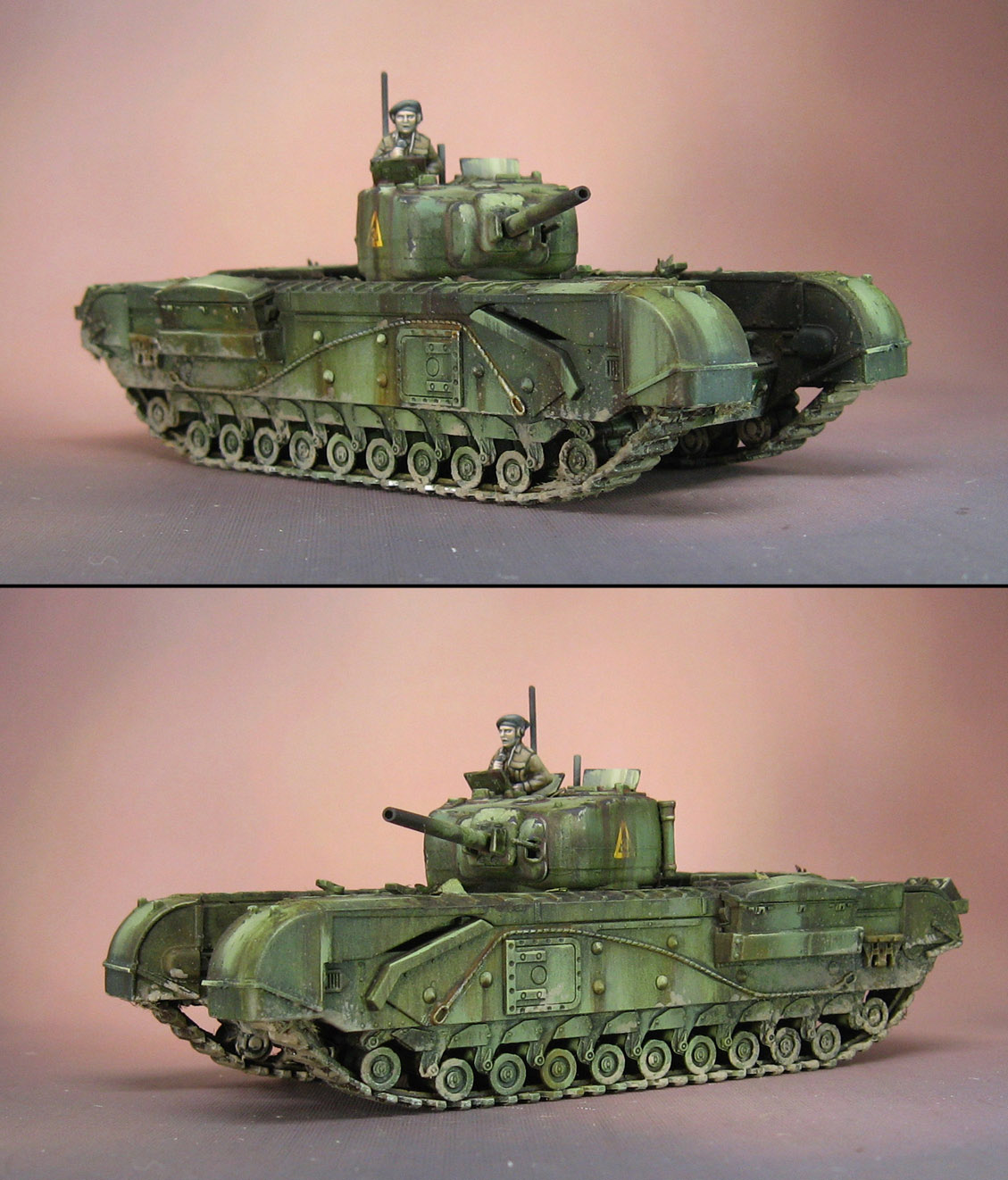