The Demon Marble of Wappelville 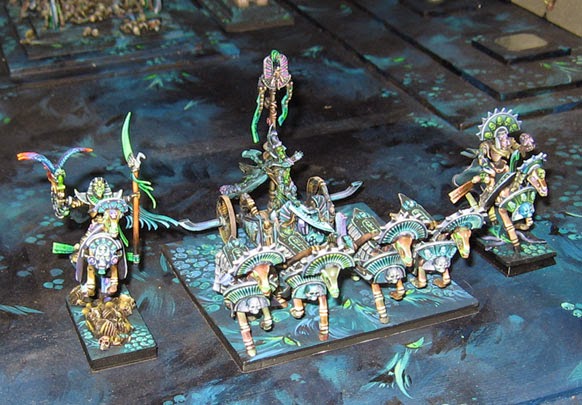 I wanted to show you a few aspects of the interior, especially how the figures related to its design.

The Stalkers were meant to provide some extra interest on the columns, coiled around them, standing guard. 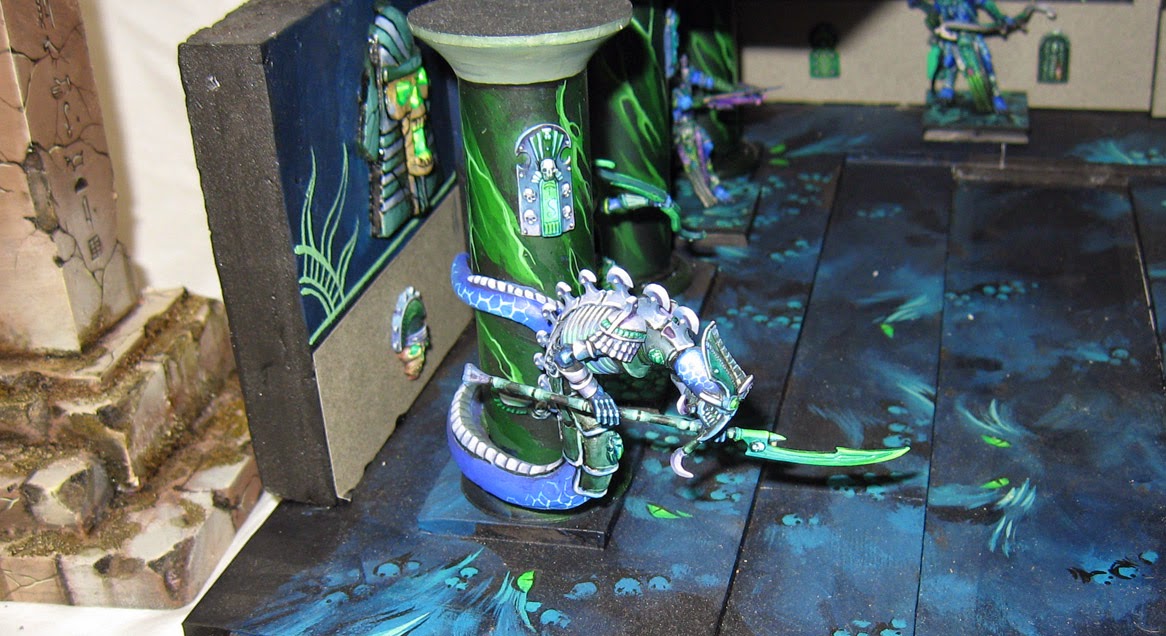 I thought it would be very unusual, and emphasize the "living statue" concept.

Here's an article on how they were made:
http://wappellious.blogspot.com/2012/06/why-does-it-always-have-to-be-snakes.html 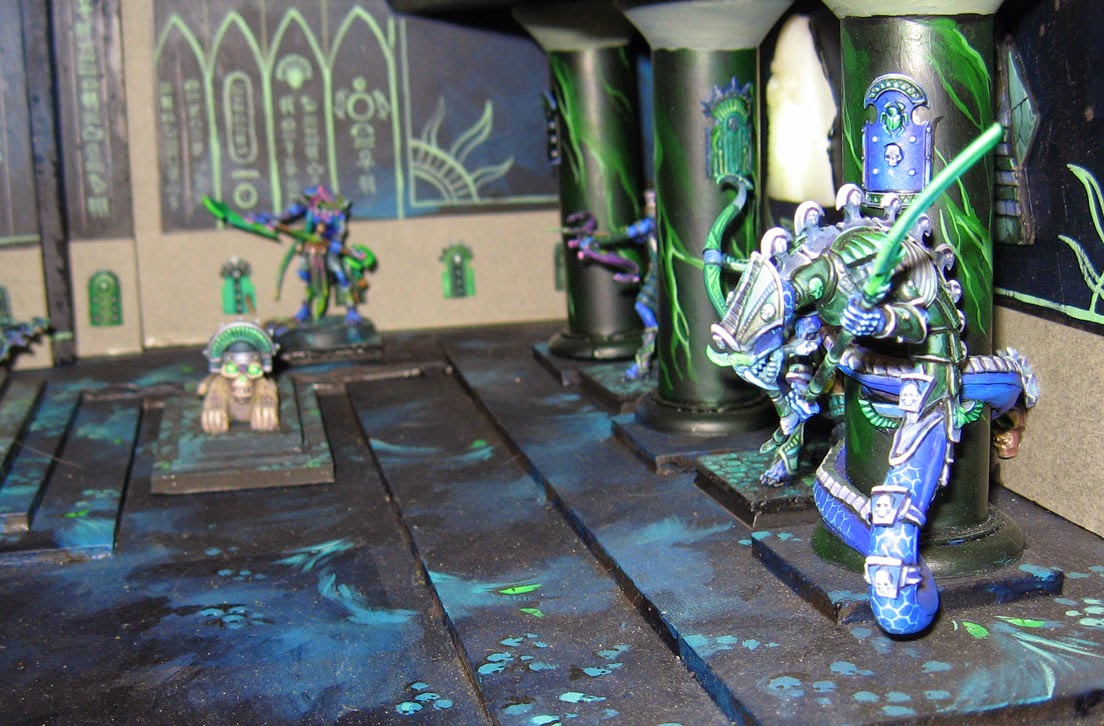 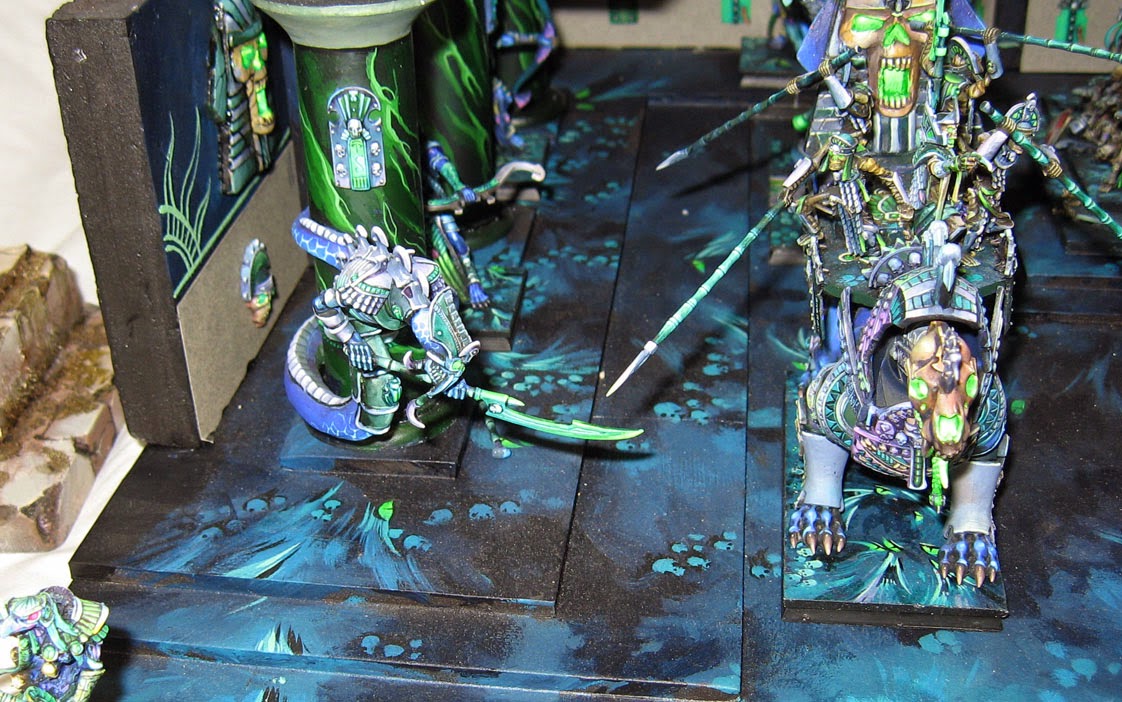 This image shows you how the three figures came together to form an actual unit.  The columns with snakes were magnetized, as were the bases themselves.  Here's a post showing the bases: 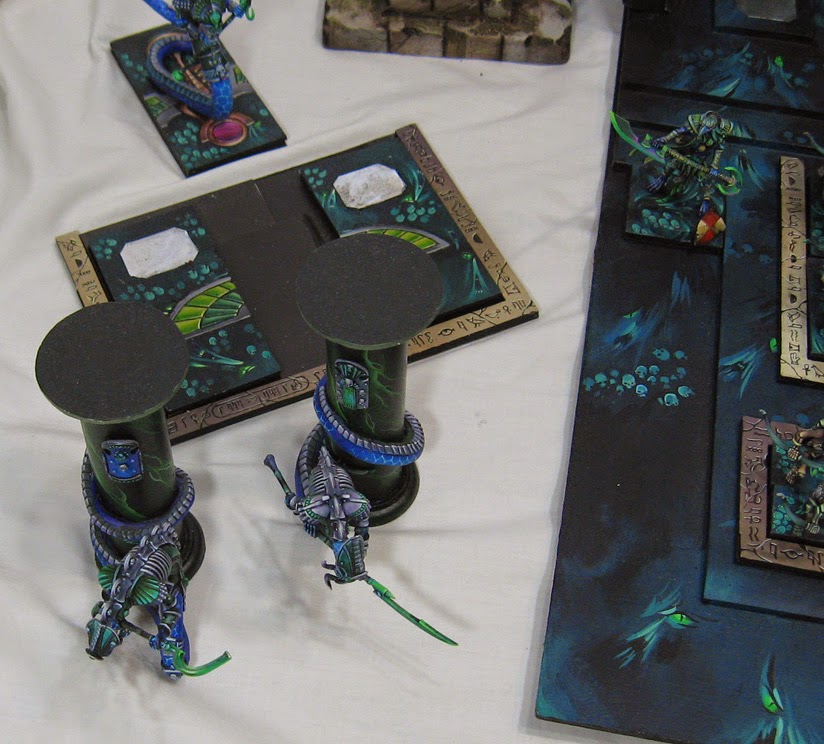 It was certainly one of the most complex units to engineer, as they served so many functions! 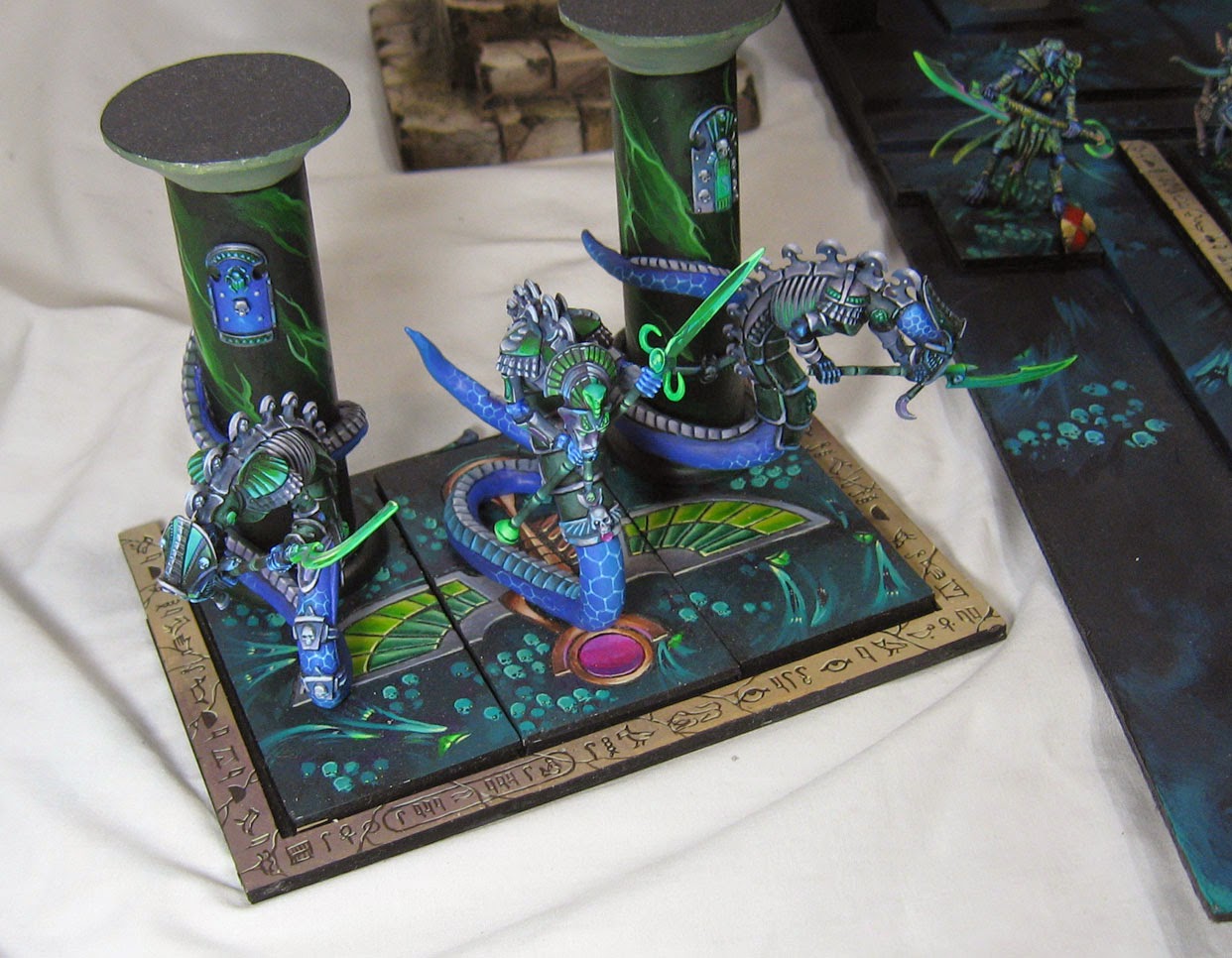 It was a little easier with the Necropolis Knights, but the bases were REALLY complex painting wise: 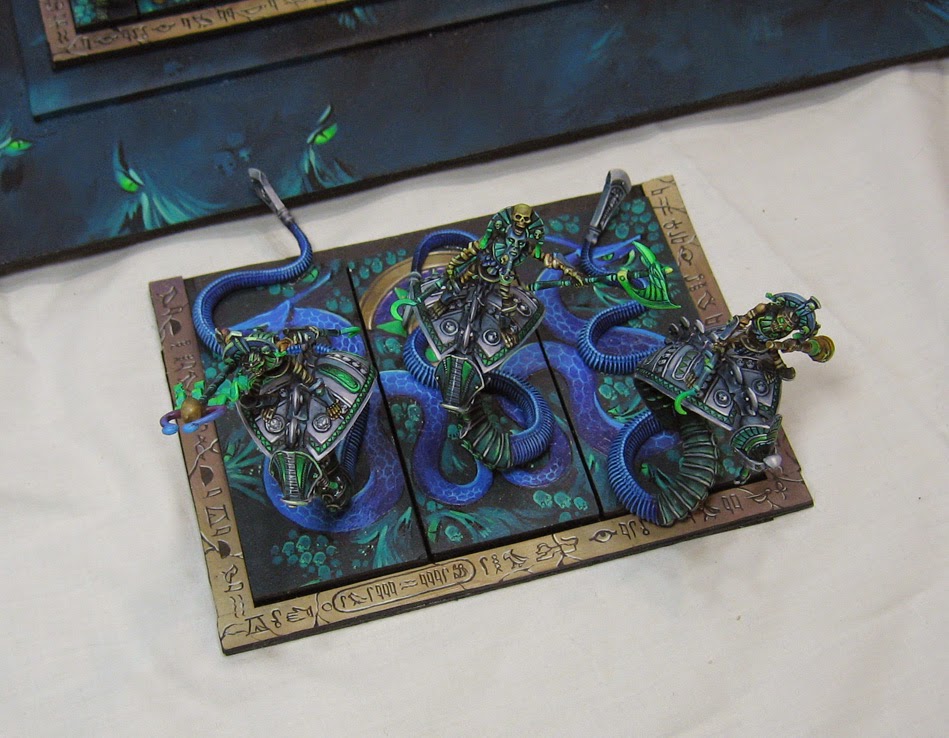 I loved how the snakes intertwined with the painted versions on the base!!! 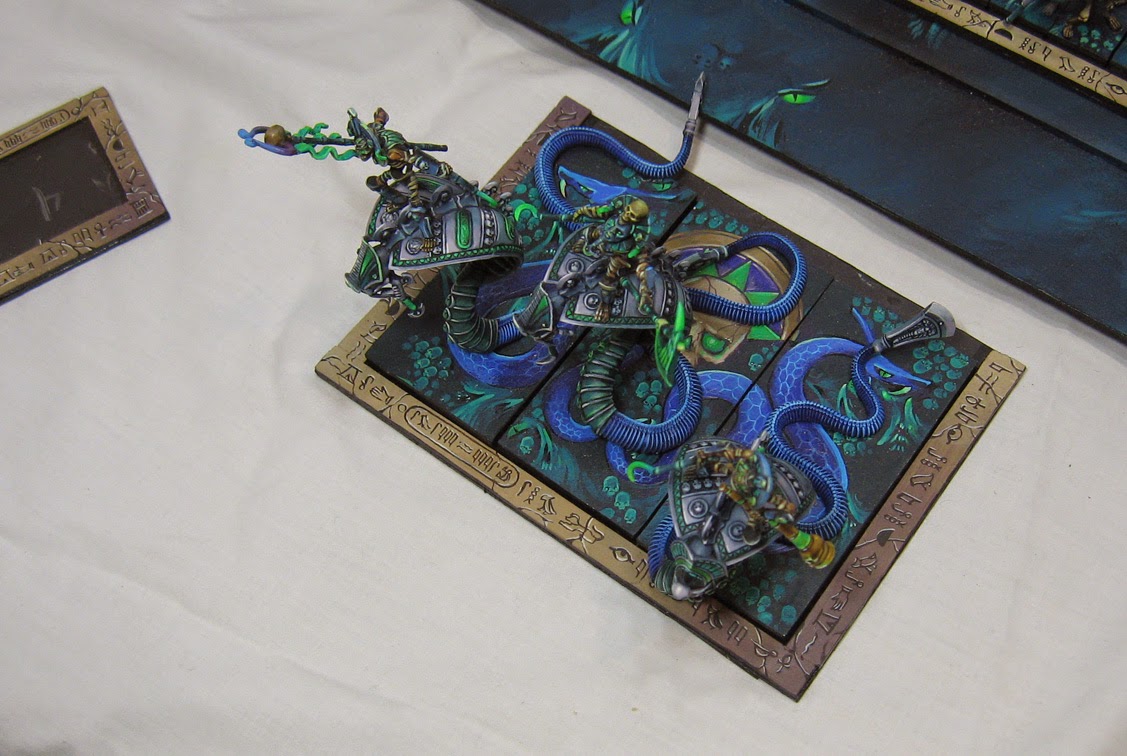 The Ushabti were strictly decorative.  There was nowhere near enough points for them in the army, so they were taken from their movement trays and placed in the alcoves as guards. 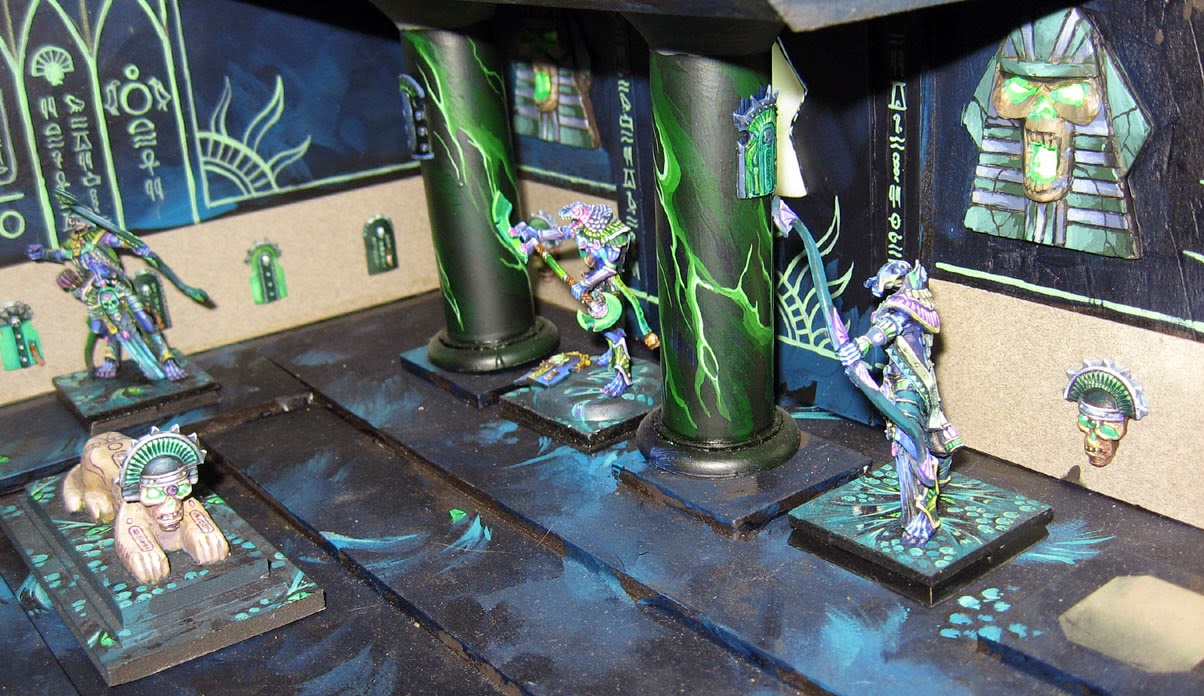 They were exactly the thing I was looking for. 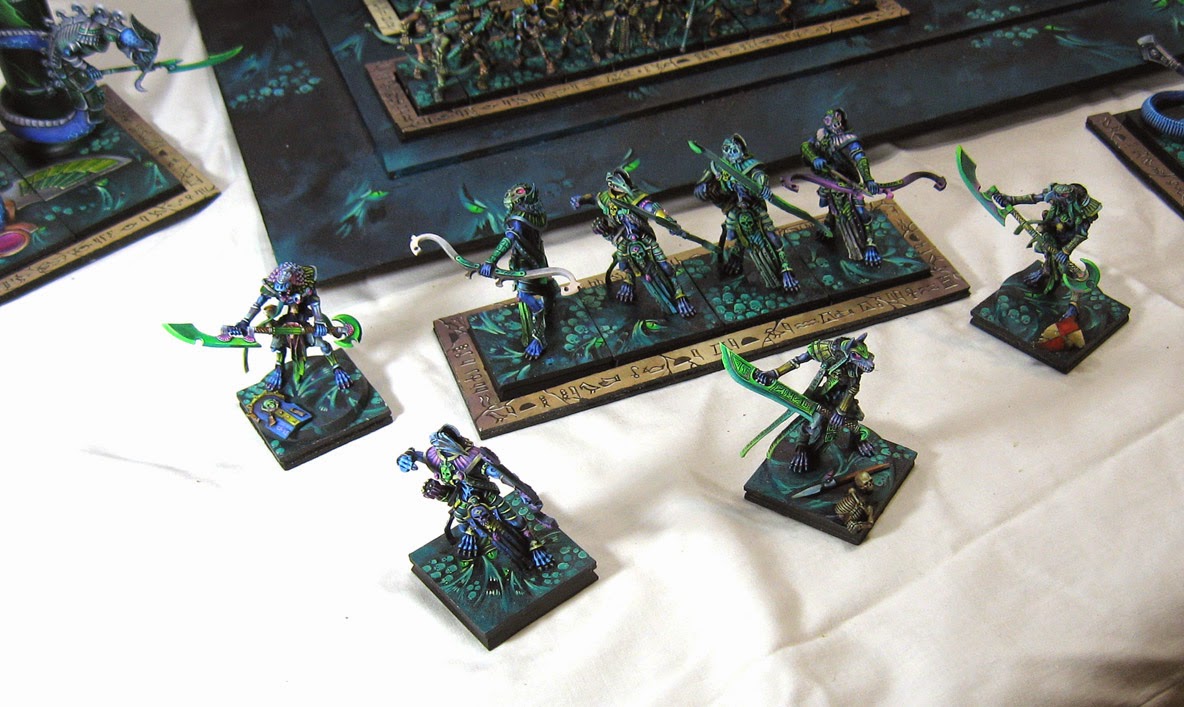 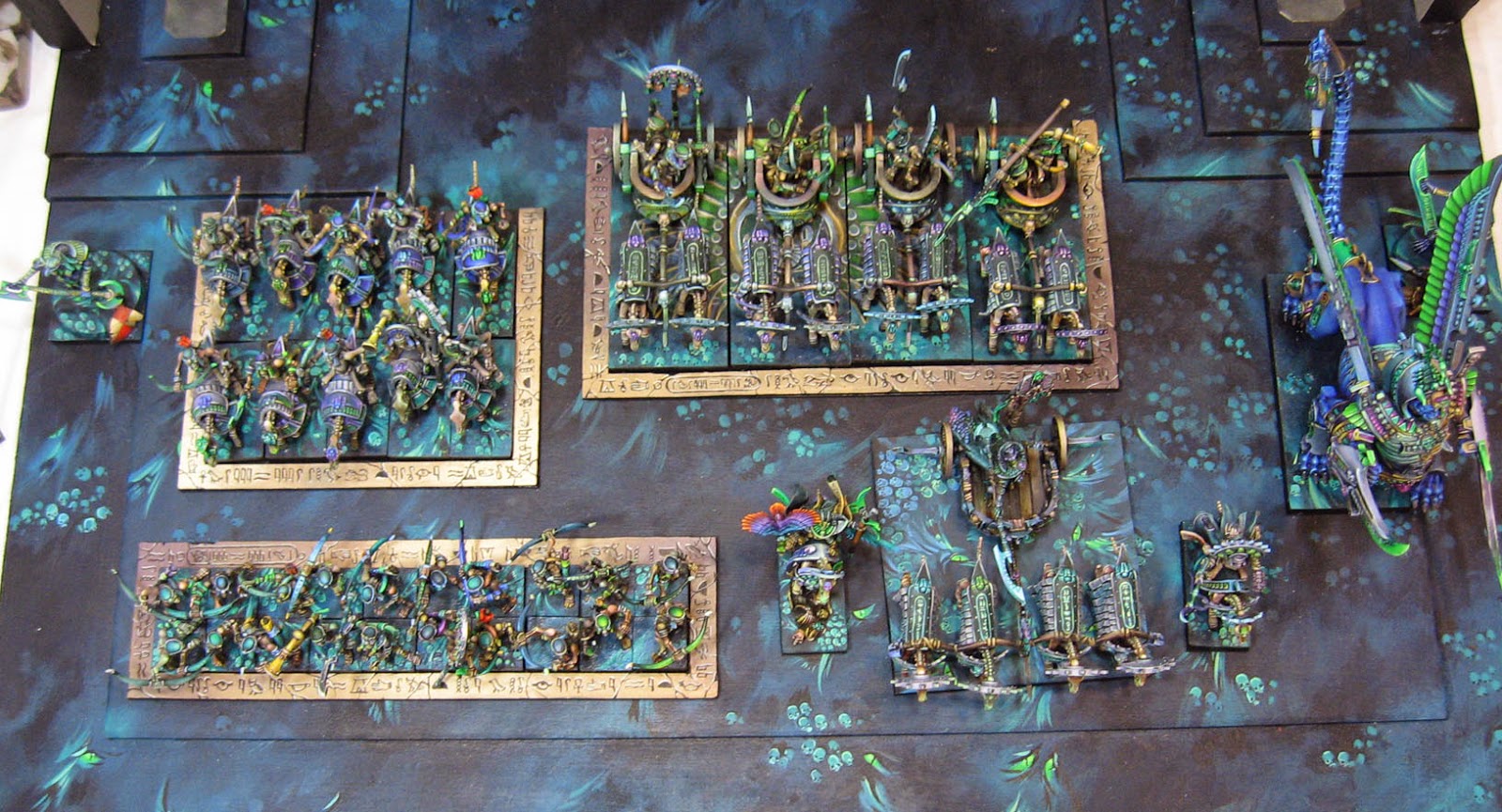 It wasn't easy, but it was fun to make all the marble match up! 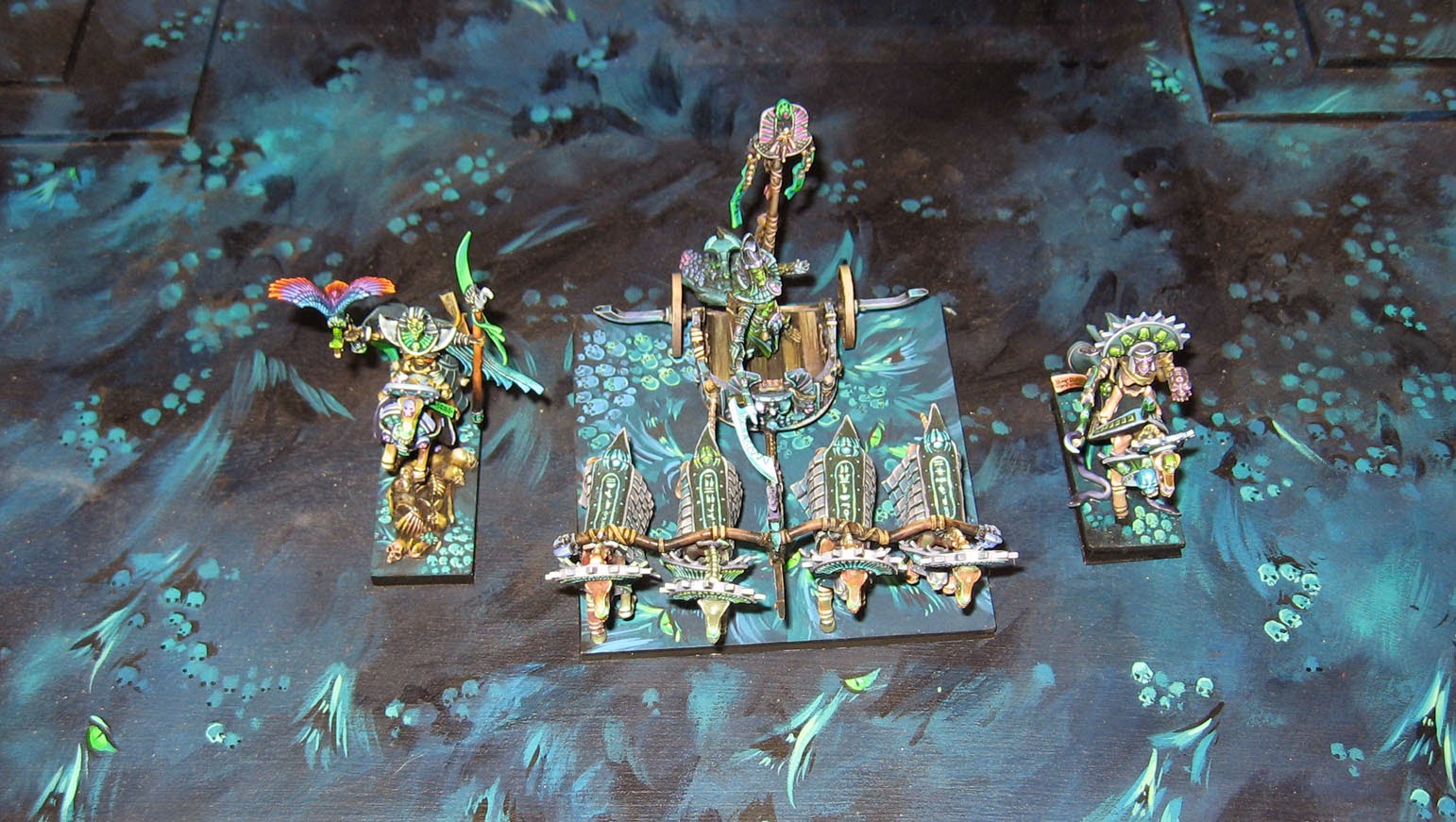 Stay tuned for more, as I show some of the removable terrain elements of the army board. 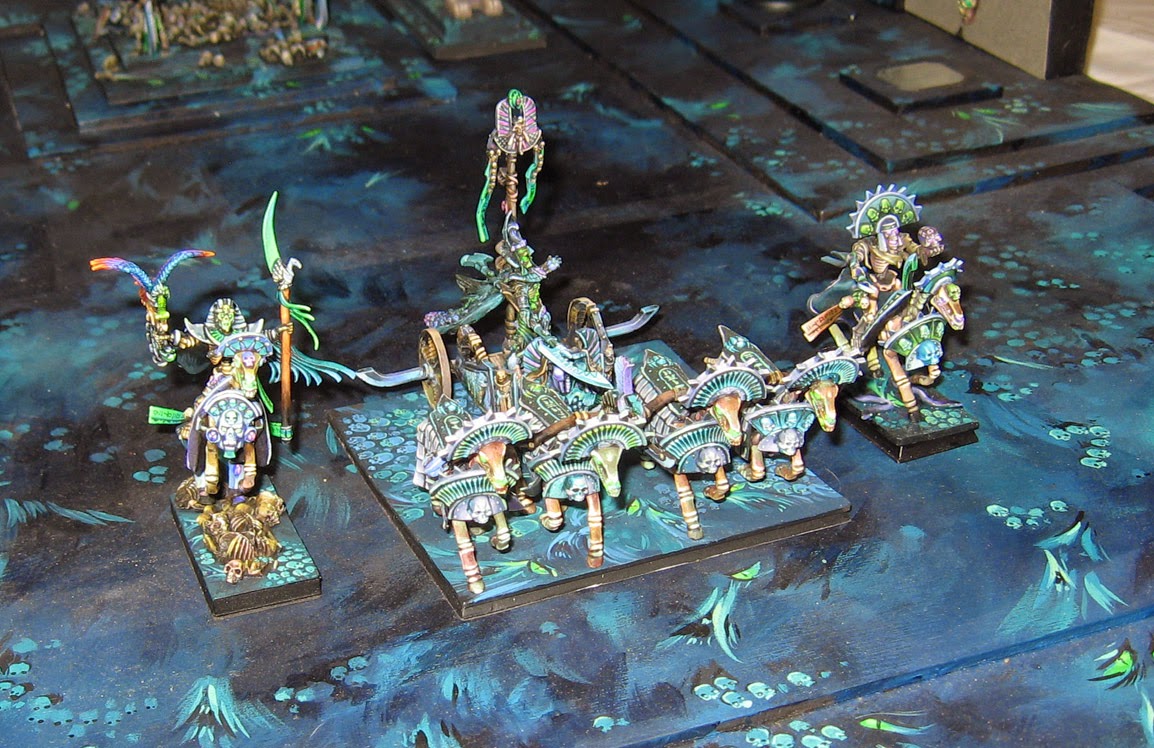 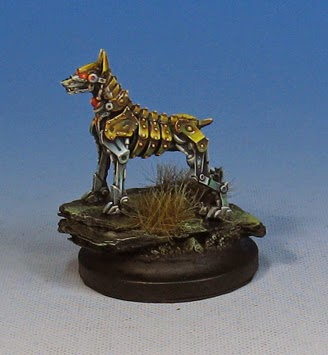 How much for this doggie in the window?  This is the K-9 robot pooch from Wild West Exodus.

He can be used with either the Lawmen or Outlaws, along with the Copelie Sisters.

They are much nastier when combined with the Sisters, as they get the Sic 'em ability.  This was pretty important, as this little doggie went to work on Edison and munched him... in one turn!