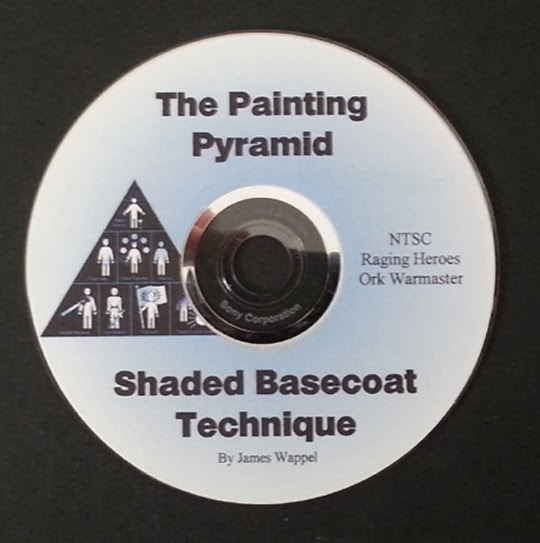 Hey folks... just a few images from the last week.  As I mention in the update on the Kickstarter (in long form), I have gone back to my original plan of burning all the disks myself.

The thought process had become more limited as far as what I would burn myself, such as the very 'rare' titles where only a handful would be needed.  However, with so many titles, having a third party do that was becoming more and more cumbersome.

In any event, I had to design some labels.  It was during this process that the realization was hitting me that the original plan would be better.  I had to come up with a label design that could be altered easily 106 times!

Also, the giant circular void in the middle of the disk eliminated a ton of the designs I had wanted to do. 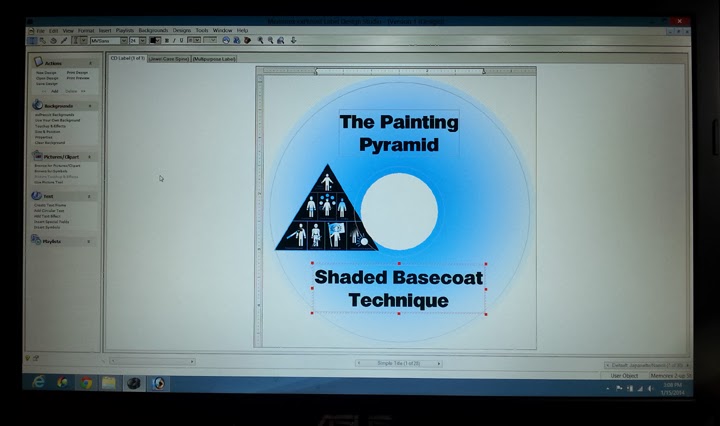 Simplicity was working far better.  Since many people will have 20-30 disks to work with, it was most important to have the text do the talking.  If I had a giant picture of a miniature on each one, the only person who would know what the video was about would be me!  Not so handy. 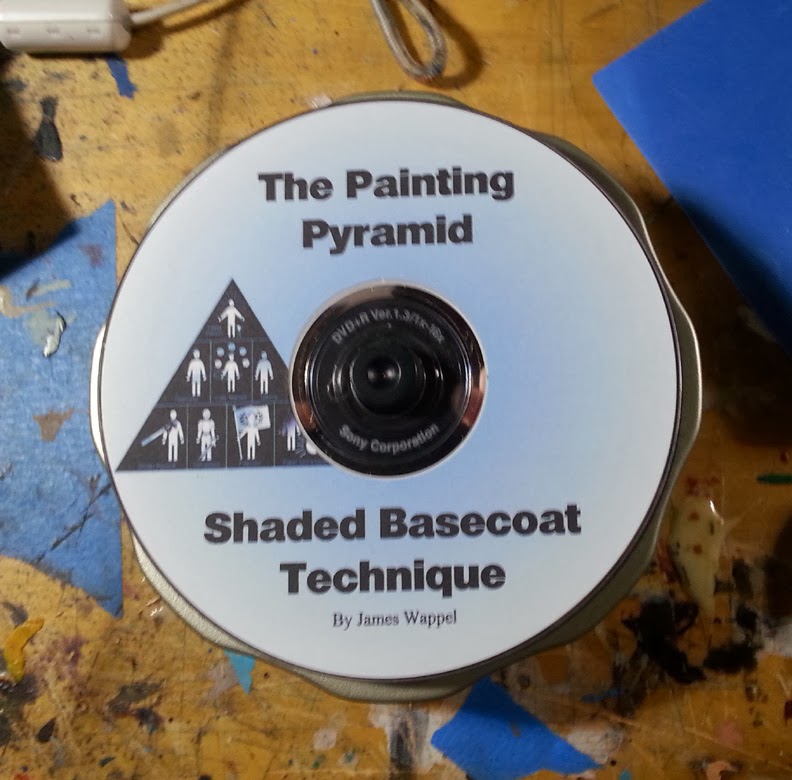 So, I decided to go with the all text approach.  It was going to have to be that way for cost reasons as well (with a 3rd party producer), but I could tell right away that in a big stack of disks, it would be much easier to identify with a giant title.  I also wanted to acknowledge the manufacturers of the miniatures, since they were a big part of the kickstarter. 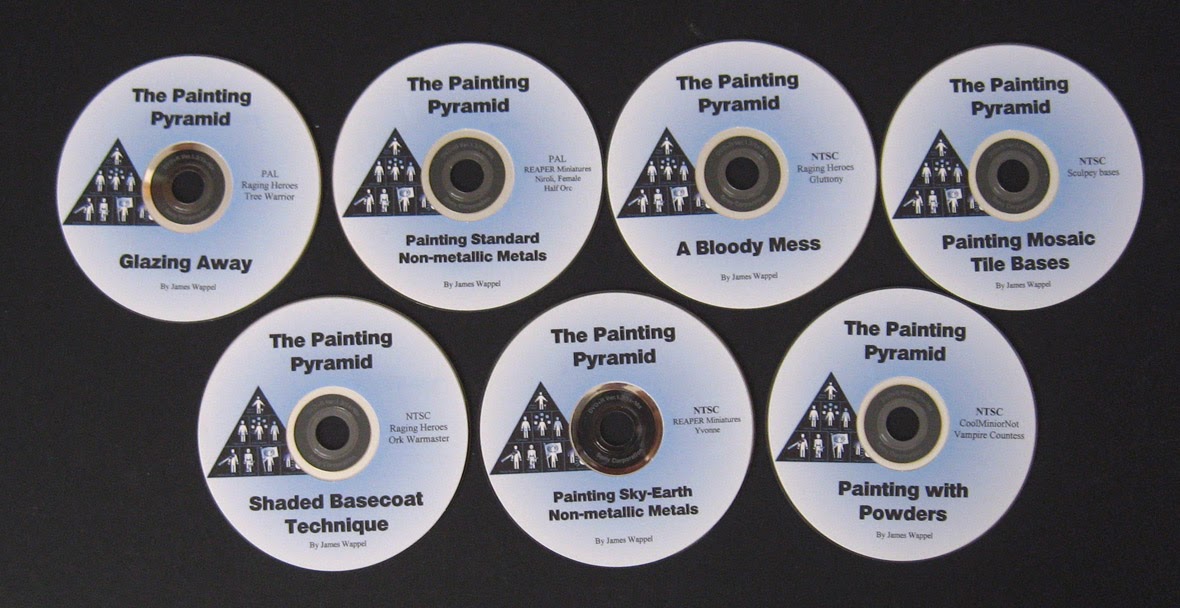 I have been burning hundreds of disks already.  Thousands more are en route!
Now I can finally make use of my $1500 paperweight!  Yea! 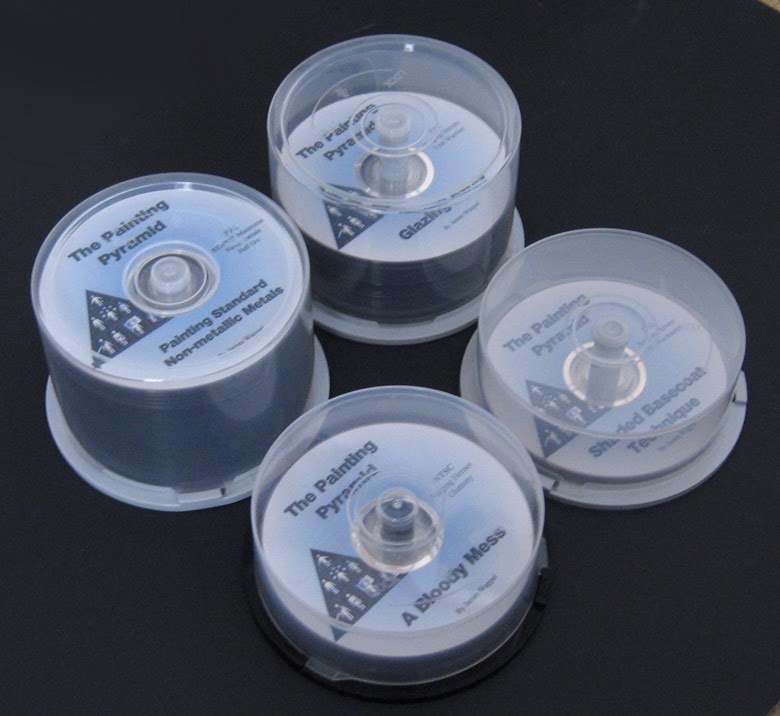 What I really like about this method is that I can now simultaneously pack and ship as disks are burned.  Otherwise, it was wait until the 3rd party was done, hope they were correct, and then sift through all that pile of plastic and separate it all! 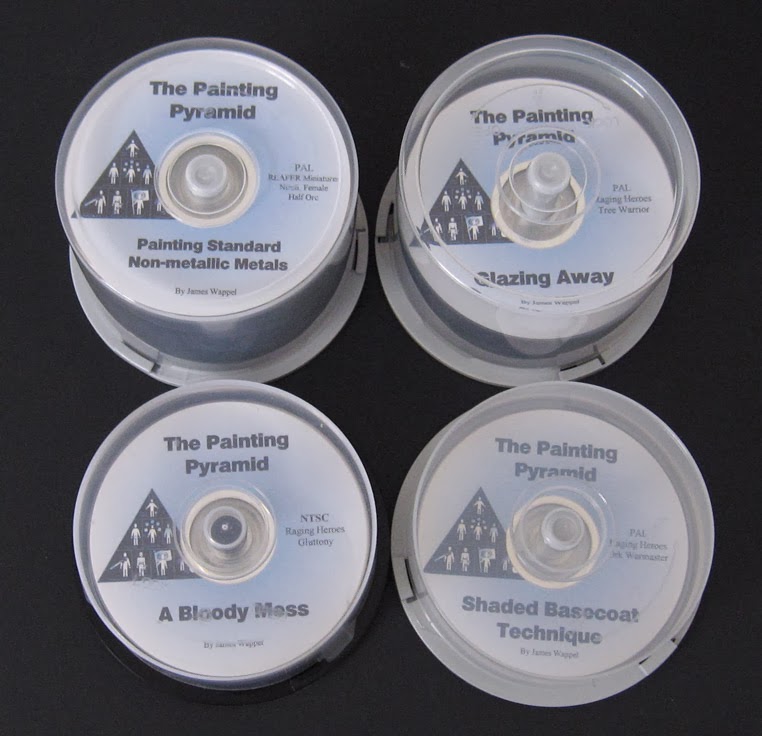 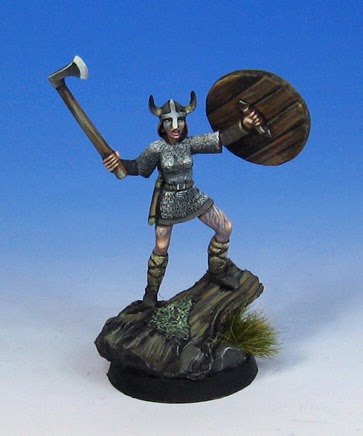 Back to the bin of Reaper minis.  She's actually standing on one of the bases that I sculpted during a basing video (The Forest for the Trees, I think).

It was also a fun opportunity to do some Knotwork designs! 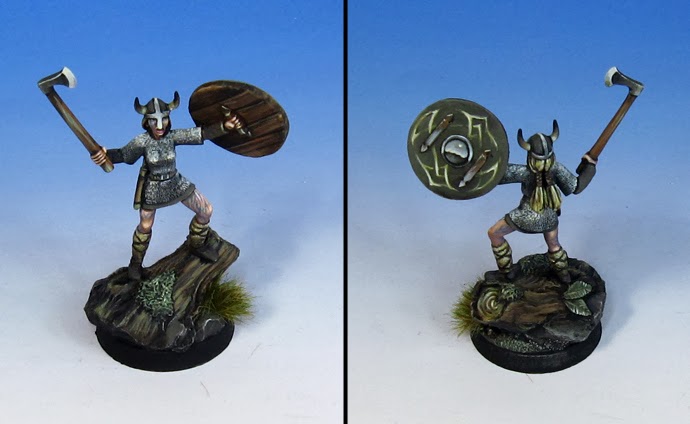