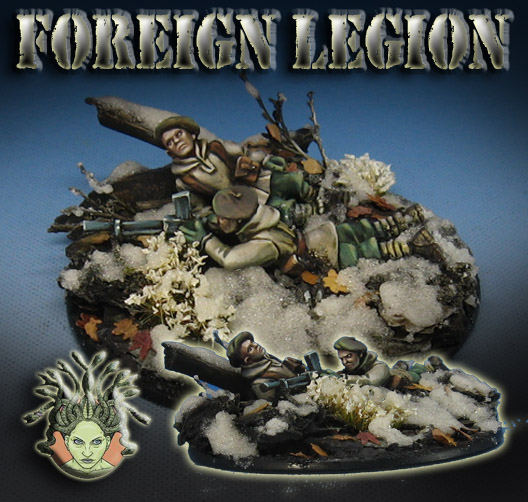 From Gorgon Studio we have a machine gun team for the French Foreign Legion!

There's an extensive range to choose from, with command figures, riflemen in sheepskin and anorac, etc.  And that it just one faction.  There are early war German, British and Norwegian forces as well.

You have seen some of those Norwegian figures here already, but more are on the way.  Since these will all be part of various Norway campaigns, the early war British and German armies will be shown here as well.

Here's a link to the page!  Be sure to check out the Anicents as well :-)